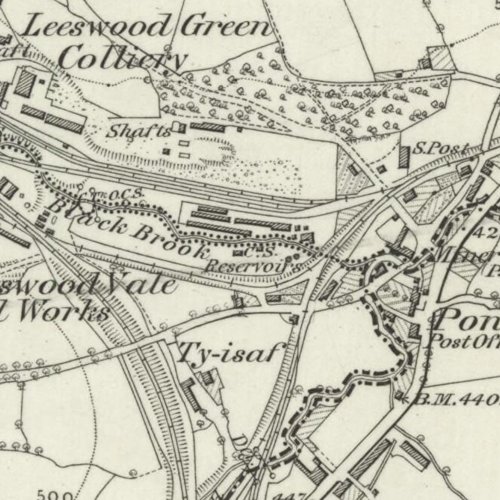 The precise site of the Patent Oil Works is not known, although stated to be in Coed Talon, and might have been close to the Pont-Y-Bodkin oil works. The works were established by William Mattieu Williams in c.1862 to produce oil and paraffin coke by a patent process using a modified form of horizontal retort. Williams' article in Ure's Dictionary includes a drawing of the retort and a description of its function.

Williams's Patent Mineral Charcoal & Oil Co. Ltd was dissolved in 1865 and its interest merged with those of the London, Leeswood and Erith Mineral Oil Co. Ltd., proprietors of the Pont-y-Bodkin Oil Works. It is unclear whether the Patent Oil Works remained in operation after the merger.

Mapped by the Ordnance Survey of c. 1872. The works immediately north of the Black Brook and to the west of Pont-y-Bodkin are presumed to be the Pont-y-Bodkin oil works of the London, Leeswood and Erith Mineral Oil Co. Ltd. The precise location of the Patent Oil Works is not known; presumably the site would have been cleared prior to 1872 when the survey was carried out. 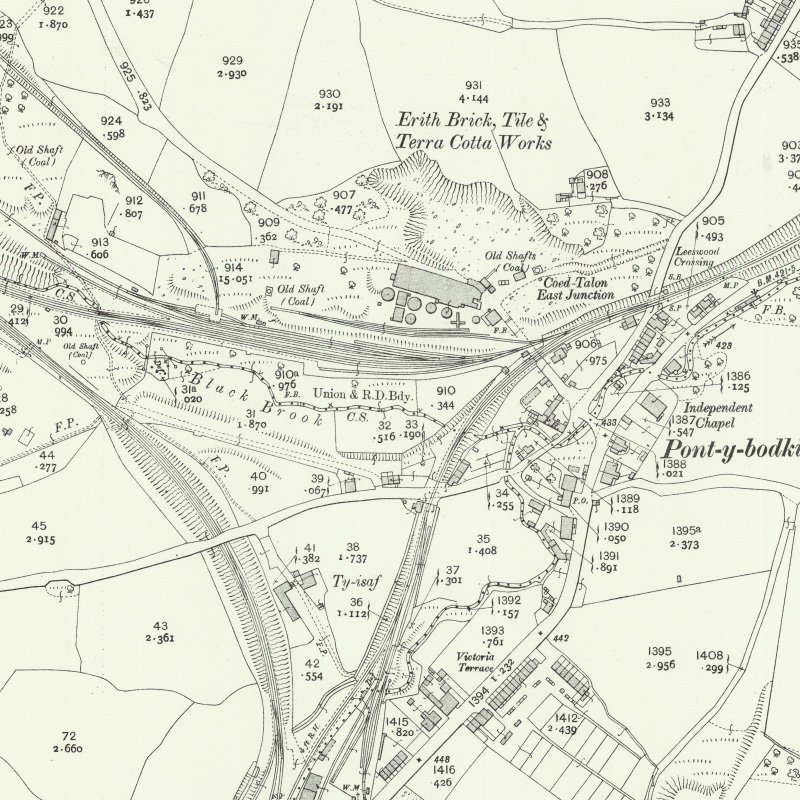 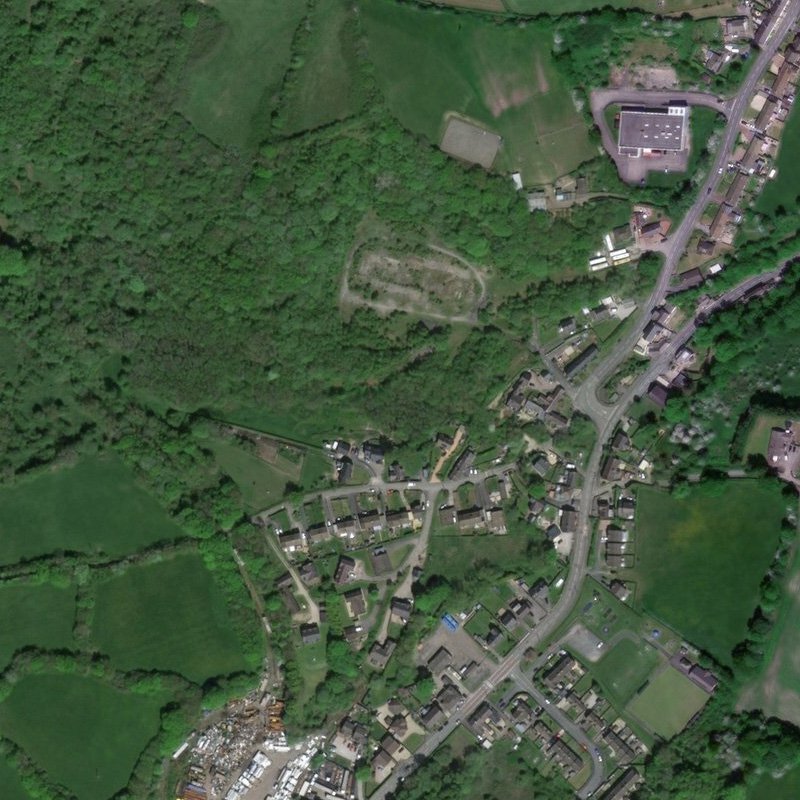 To Builders and Contractors of TENDERING for the ERECTION OF A FACTORY for Patent Oil Works at Coed Talon, near Mold, North Wales, are requested to communicate by letter with Messrs BEVINGTON and TOPHAM, Engineers, Spa Road, London SE.

PONTYBODKYN. — On Saturday last, W. M. Williams, Esq of the Patent Oil Works, Pontybodkin, gave his workmen a good substantial dinner and plenty of cwrw da, a custom he has carried out every year since be commenced oil making. The dinner was prepared by Mrs Jones. of the Minors' Arms. Mr W. M. Williams occupied the chair, and Mr William Davies, his manager, the vice. After the cloth was removed Mr Williams proposed success to the oil trade. Song by Mr W. Davies, " Country Gaby" followed, which was succeeded by a song from Mr Johnson, " Lord Nelson." Mr John Ellis then sang " Cerdd fy Mam." Mr Robert Bates and Mr Williams also contributed to the harmony of the evening. The meeting then came to a close about ten o'clock.

In order to get rid of these vapours in the most rapid manner possible, Mr.. W. Mattieu Williams, of Ponty Bodkin Works, Flintshire, applies the heat to the top of the retort, which is charged by placing the coal in trays with a bottom of perforated iron. The vapours, which are of high specific gravity, thus escape into a preliminary condensing chamber formed by the lower part of the retort. The objection to this arrangement is the necessity of a larger proportion of fuel, as the charge is only heated on one side.

These retorts have been further modified, in order to obtain a perfect coke from the Flintshire smooth cannel, which when distilled at a high temperature yields nearly a pure carbon. The laboratory process of "fractional distillation" is carried out on a large scale by means of retorts 22 feet long, 3 feet wide, of rectangular section. These are charged with a series of trays 6 inches deep. The fire is placed at one end of the long retort with a flue of its full width extending along the top and terminating in a chimney at the other end; thus one end is much hotter than the other. The retort is open at both ends, and the trays are inserted successively at the cooler end, and pass on to the hottest end, one tray being withdrawn, and the remaining trays pushed forward and another inserted every two hours; the doors being rapidly opened and closed by a simple mechanism. The distillation is thus conducted in a series of two-hour stages. In the first water is driven off, next, some water and the lightest oil; then a heavier oil ; and finally solid paraffine and pitchy matter, at a gas-making heat, leaving a flameless coke of nearly pure carbon.

This method of working is more costly in labour than that of the common retorts - a difference the inventor hoped to cover by the value of the coke or mineral charcoal, as he terms it. Hitherto, however, the expected applications of this coke to metallurgical operations have not been carried out, which is much to be regretted, as millions of tons of nearly pure carbon might thus be made available from the Flintshire and other cannels.

From Ure's Dictionary of Arts, Manufactures & Mines, 1867 - entry for "paraffine"