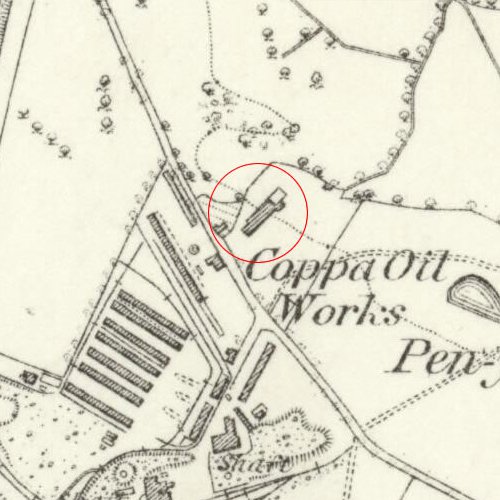 The works of Thomas Green at Padeswood, were included in the 1865 coal commission list but not the 1868 Slater's trade directory. In March 1865, the London Standard carried a sales advertisment for the works; "known as Green and Co.'s Mineral Oil Works, Coppa Park, occupying an area of a statute acre. Lease of the site had been taken out in June 1863.

The location of Greens works is uncertain; they were certainly a separate operation from the Coppa Colliery Oil Works. It seems possible that the site of Green's oil works were subsumed into the Coppa Oil Works of the Coppa Oil Co. Ltd.

Mapped by the Ordnance Survey of c.1869. The site of Green's Mineral Oil Works were presumably in the vicinity of Coppa Oil Works, but it is not known if any of the structures shown on the 1869 map were originally part of Green's works , or whether all buildings had been cleared by the time of the survey. The circle represents an unidentified structure which might have been associated with Green's operations. 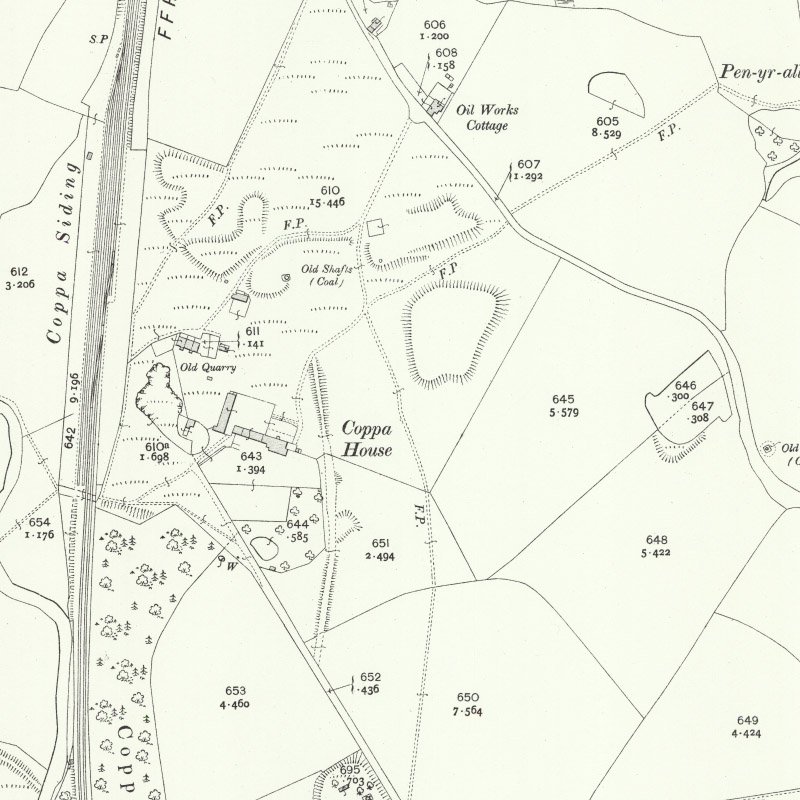 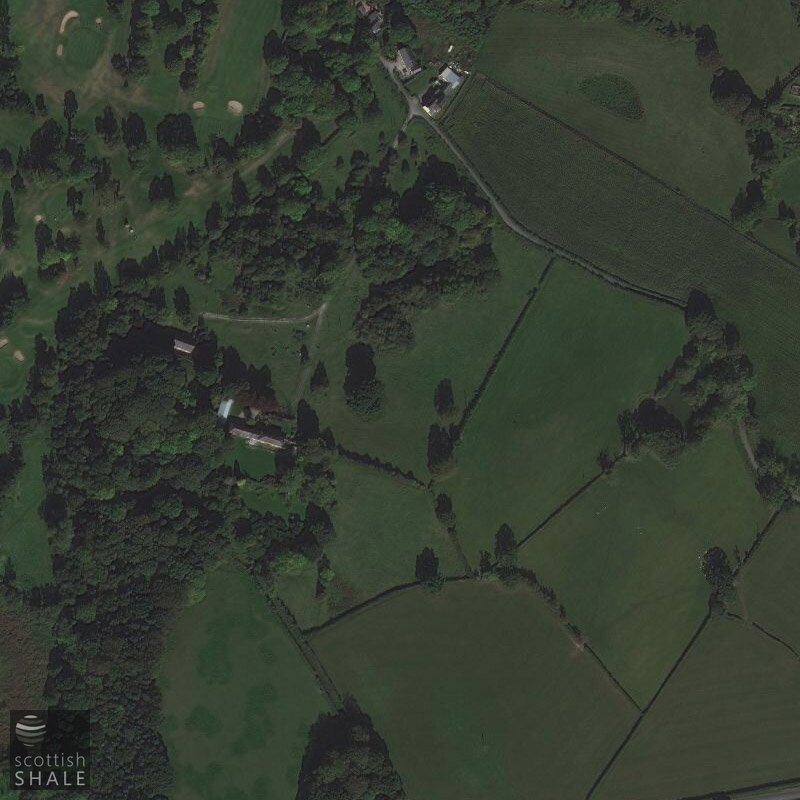