A substantial private business that specialised in the production of lubricants and wax products. Local coal oil may have been used in the early days of the business, but most production was based on imported American petroleum. Their Dee Oil Works at Saltney were constructed adjacent to St. David's Oil Works and subsequently incorporated much of that site.

The firm was floated as a public company in 1888 in response to financial difficulties, with William Deeley taking a major shareholding and a place on the board. The enquiry into the collapse of the company in 1891 revealed a tale of hidden debts, misrepresentation and other skullduggery. 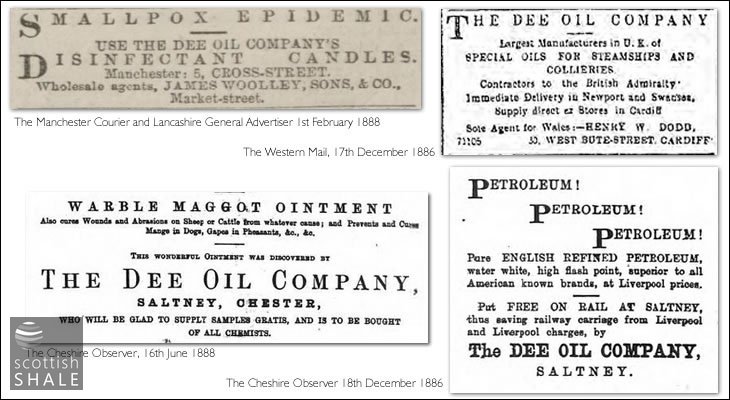