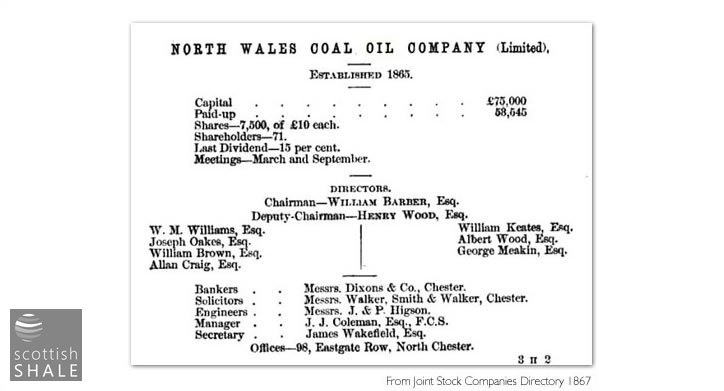 North Wales Coal Oil Co. Ltd. The creditors of the above named company are required on or before the end of 15th March 1876 to send the names and addresses and details of their debts or claims to James Wakefield of No.16 Cirn Exchange Chambers, Chester, Accountant, Liquidators of the said company, or in default thereof they will be excluded from the benefits of the distribution of the assats of the said company about to be made. Dated the fourteenth day of February 1876.