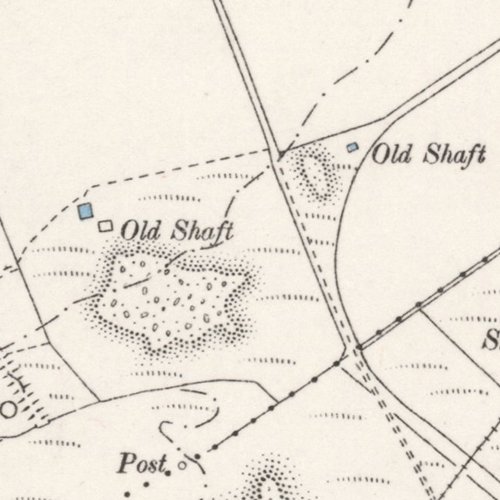 Intriguingly he then lists; "Sterlaw Oil Co., operating between 1867 and 1872", suggesting a separate operation on the Starlaw site. Nothing is known of this, and it might represent a transcription error on behalf of Redwood's publishers.

Boghall oil works were established in about 1868 by Edward Meldrum, in partnership with the Benhar coalmaster George Simpson. Until 1864 Meldrum had been in partnership with James Young and Edward Binney and was responsible for technical operations at the Bathgate Chemical Works.

Boghall was a sizeable crude oil works, which by 1872 employed 220 staff. It was linked to the Edinburgh and Bathgate railway by a branch railway allowing crude oil was transported to Uphall for refining. The works were served by Starlaw Pit, scene of a major disaster in 1870 and various other shale and coal workings. Housing for workers was provided at Starlaw Rows.

No known plan exists that shows the works in operation, and its location has been presumed from the pattern of waste ground shown in the 1897 OS map. This site was later partly buried by the spent shale bing from the Seafield Oil Works, which now forms part of Easter Inch and Seafield Law local nature reserve.

Mapped by the Ordnance Survey of c.1898, showing the supposed site of Boghall Oil Works. 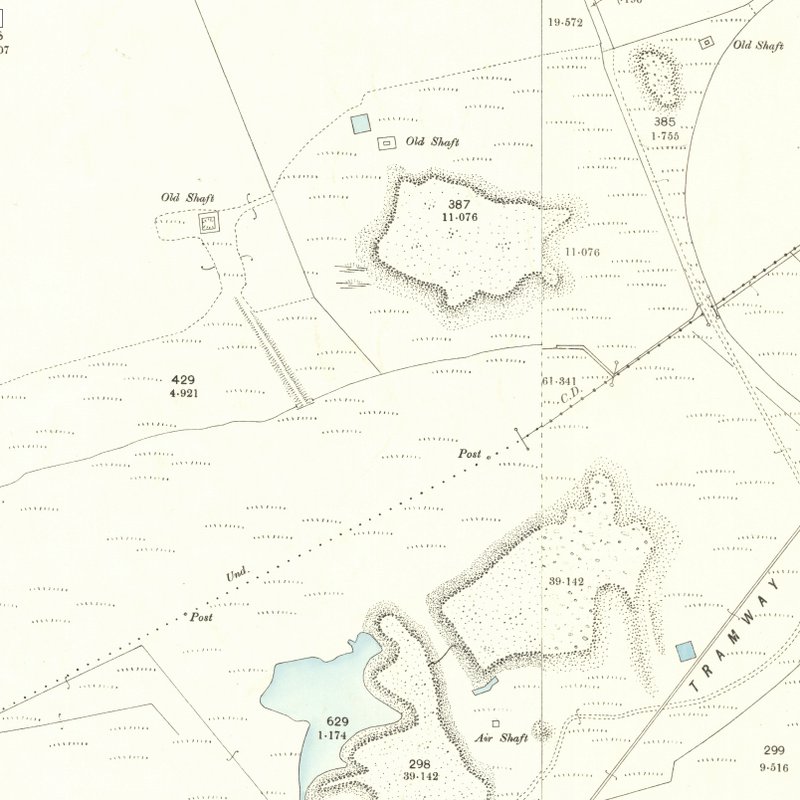 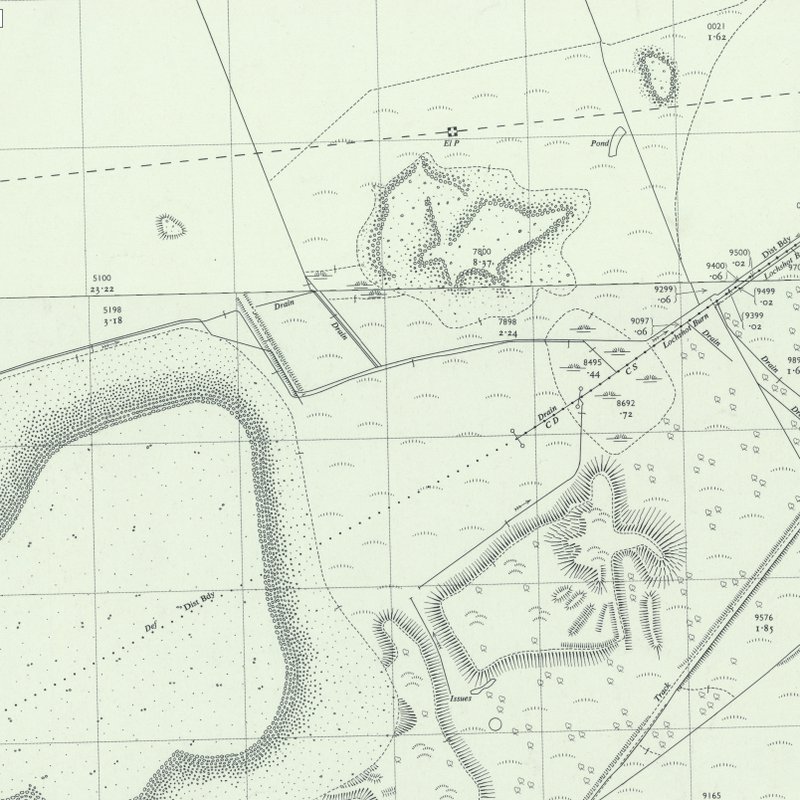 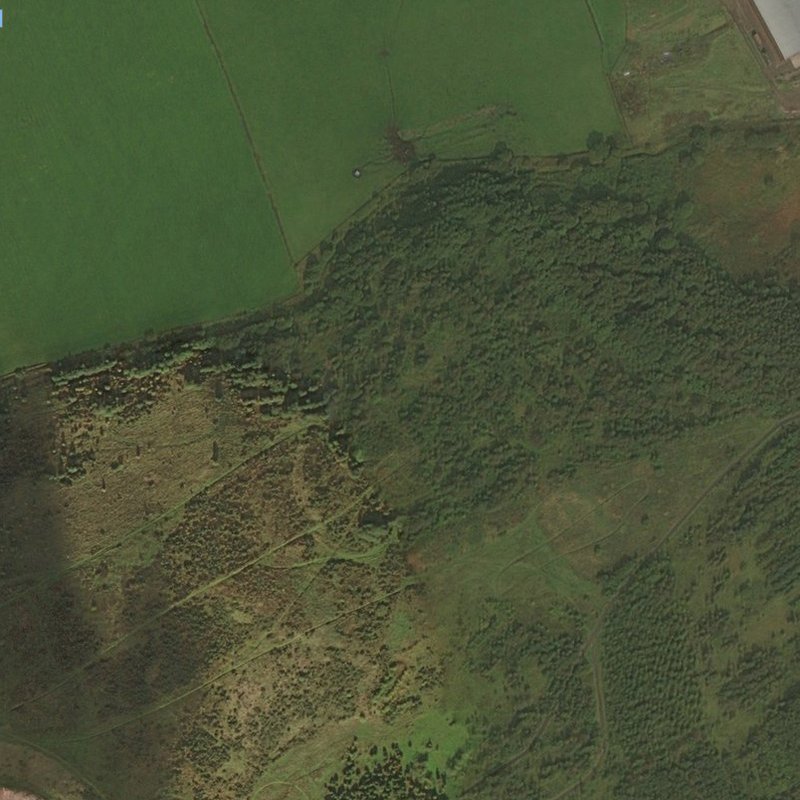 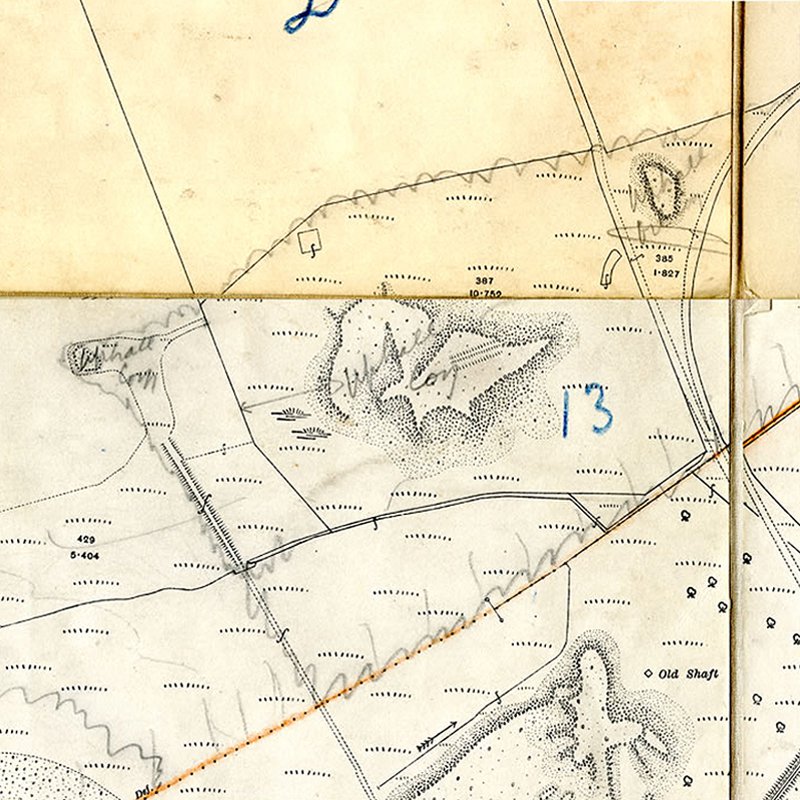 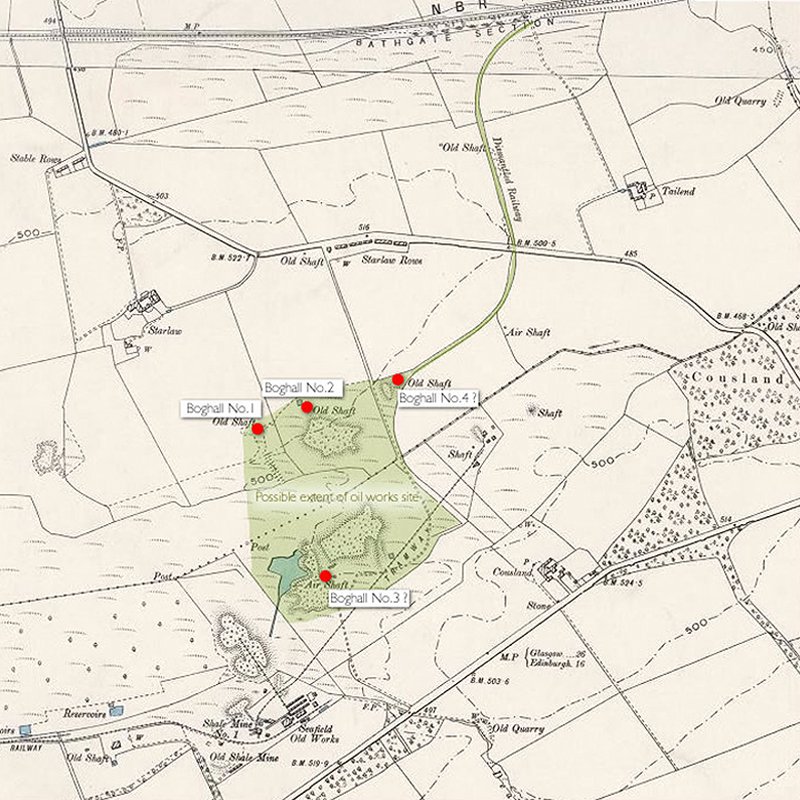 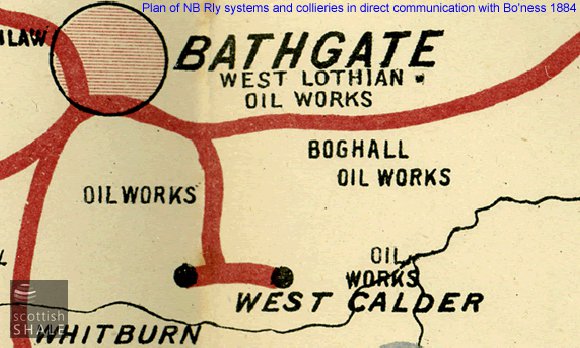 The Starlaw and the Uphall Works, owned by Messrs. Meldrum & Co., are worked as one concern. At Starlaw, the crude oil is extracted, and thence sent to Uphall to be refined. The firm employ between 200 and 300 hands.

The beginning of the winter augurs badly for the working classes here, the whole workers at Starlaw Shale and Oil Works having been paid off, except five men who are engaged putting in stoops into the workings, to keep it safe. The oil works are totally at a stand-still.

Evidence of the Uphall Mineral Oil Company, Paraffin Oil Manufacturers, Boghall Works, Linlithgowshire. Our works are situated on a small burn, a tributary of the Almond. Employ 220 hands. Rateable value of the works, £277. The bed of the stream has not silted up. Our works are not affected by floods. The condition of the stream has not changed within out knowledge. It is not polluted by works above or by mines. Obtain supply of water from our own pits, and consume about 4,000,000 gallons yearly. Use yearly 27,500 tons of bituminous shale, 120 tons of sulphuric acid, and produce 960,000 gallons of crude paraffin, and 150 tons of sulphate of ammonia. Do not produce any liquid refuse. Consume yearly about 27,000 tons of solid refuse which is stored in heaps our premises. Use steam, 120 nominal horse-power. Consume yearly 13,000 tons of coal, the ashes from which are used to repair roads. The excrements of our workpeople are used for manure. We have no suggestions to offer as to the best means of avoiding pollution in future, or as to the conservancy of rivers and streams.