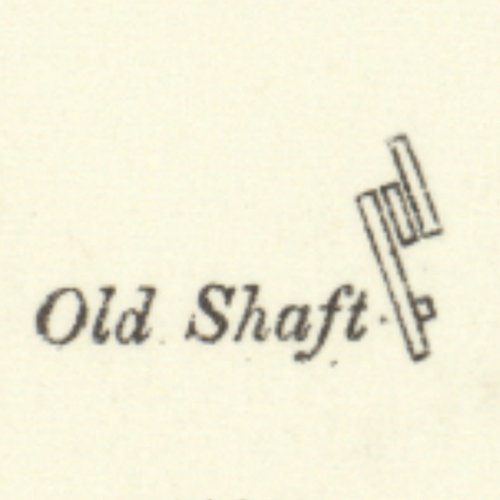 A little to the north of the former Cobbinshaw branch railway, close to it terminus, there survives a structure consisting of three solid stone piers which are seemingly the foundations for a winding engine and drum. To the immediate south of these foundations, an area of reeds might mark the location of a mine shaft. This structure is shown on the 1893 25" OS map and is marked "old shaft".

No records of this pit have been located. The stone construction, rather than brick, suggests an early date, while the absence of any significant quantity of waste in the vicinity suggests that it had a short operating life. A bore sunk close to the location reached the Fraser shale at a depth of 26 fathoms.

Near the unidentified pit, but to the south of the branch railway, are the remains of an embankment and inclined tramway leading to Cobbinshaw No.28. The embankment presumably led to a gantry across the railway, where hutches of shale were discharged into standard gauge wagons below. No.28 pit only operated for two years, and the underground workings did not extend as far as the unidentified pit. 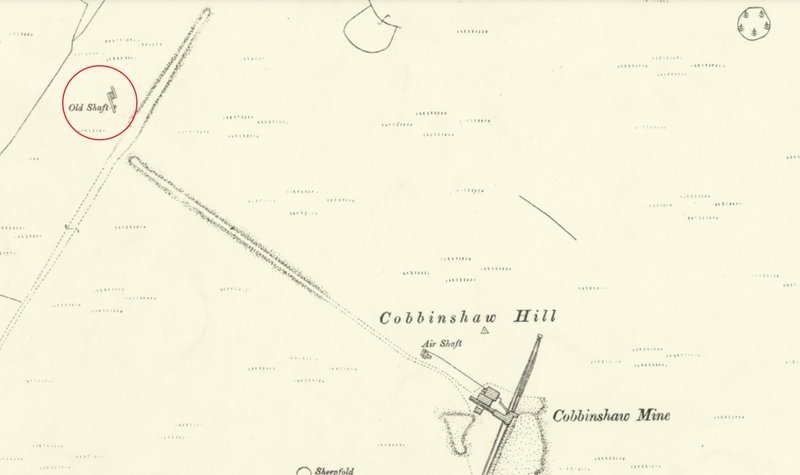 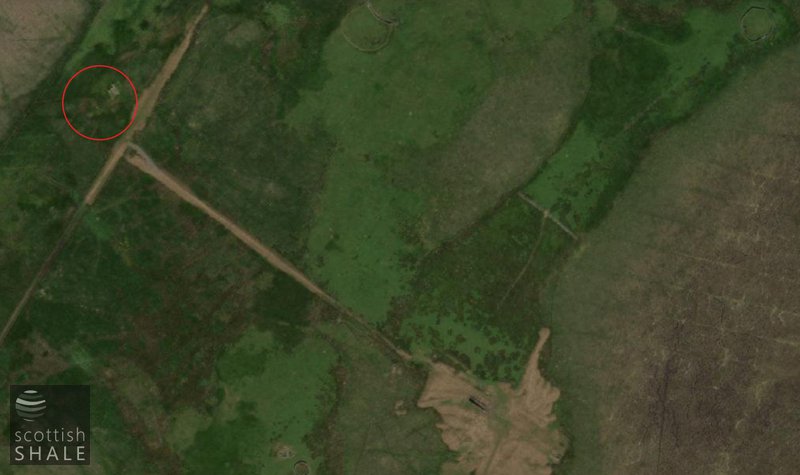 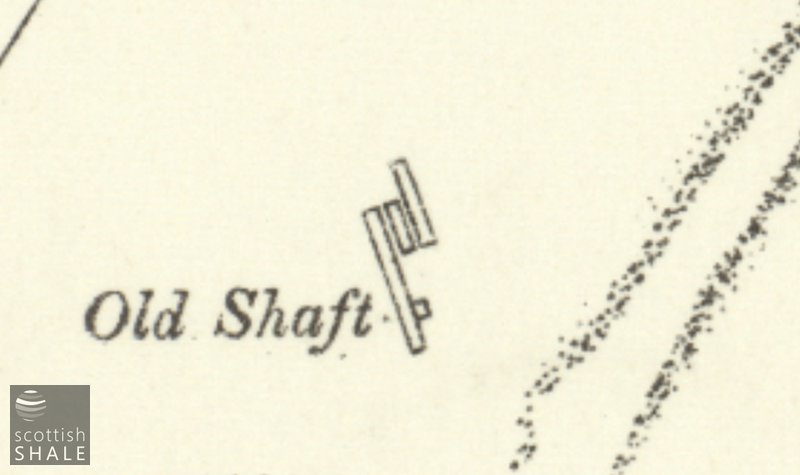 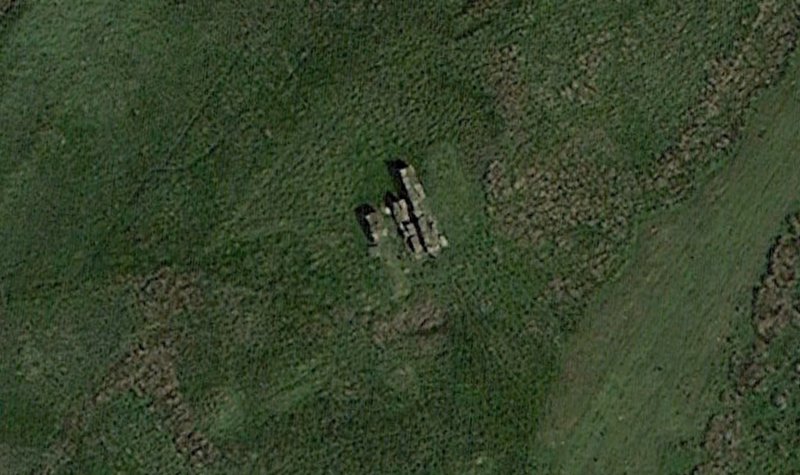 Panoramic view from the Cobbinshaw branch, looking east, with engine house on the left, and embankment from Cobbinshaw No.28 on the right

Panoramic view from the Cobbinshaw branch, showing the enginehouse base. 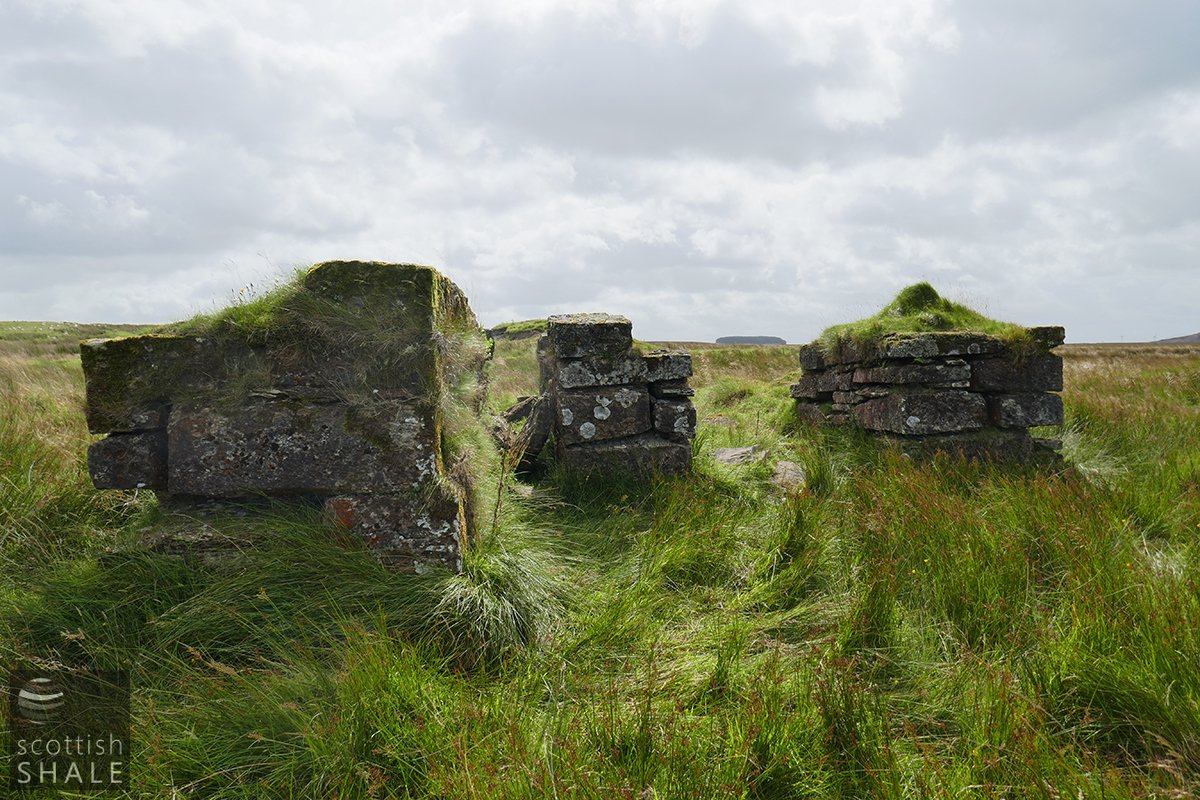 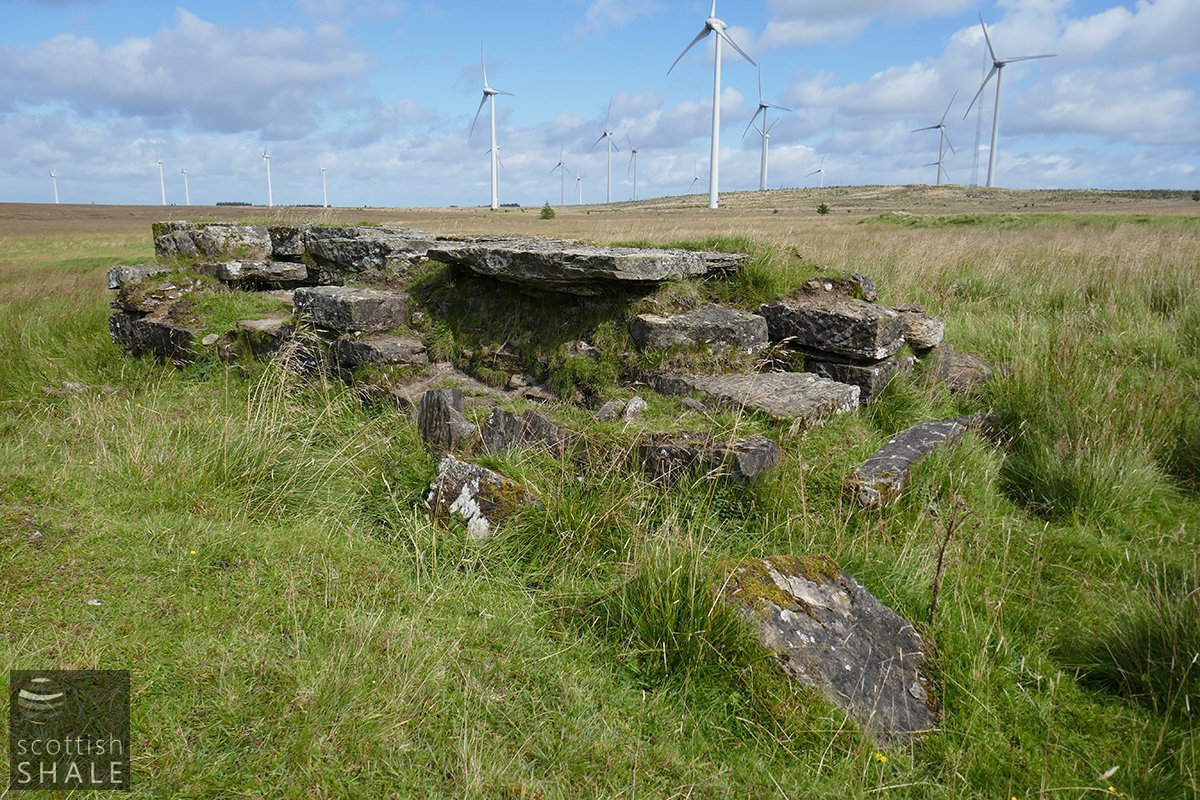 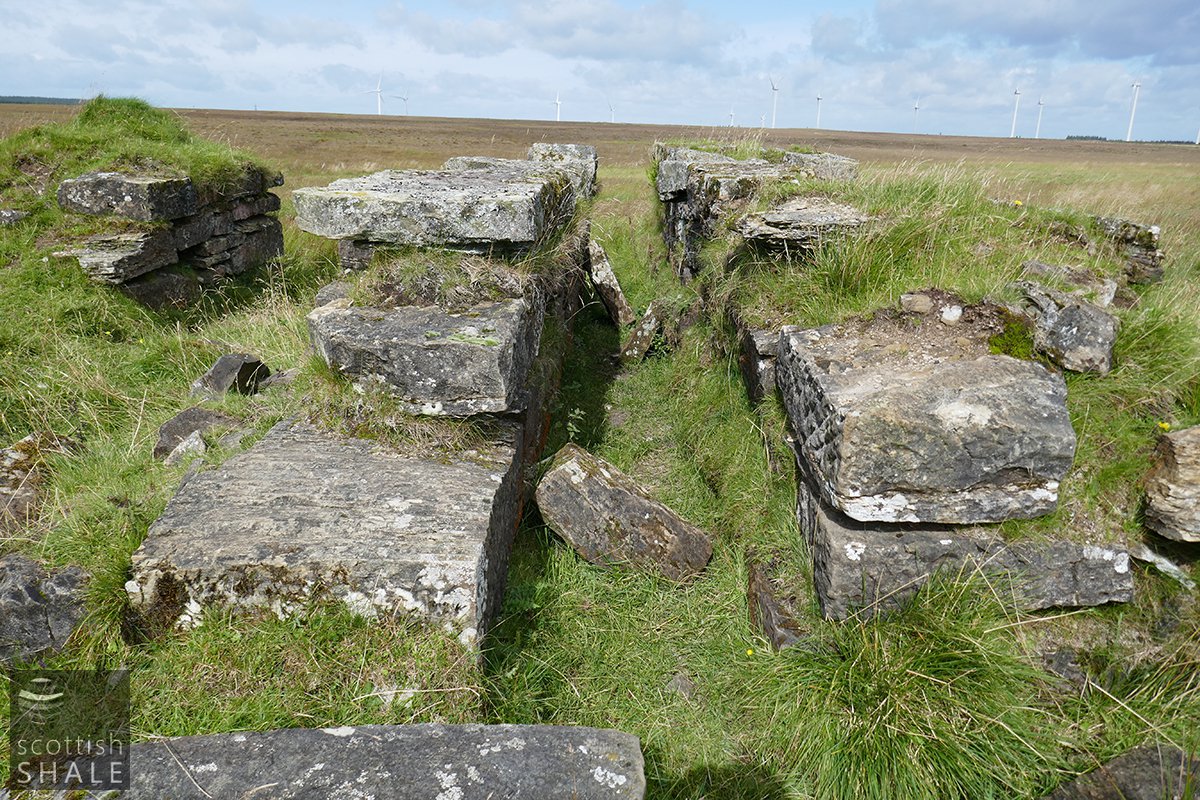 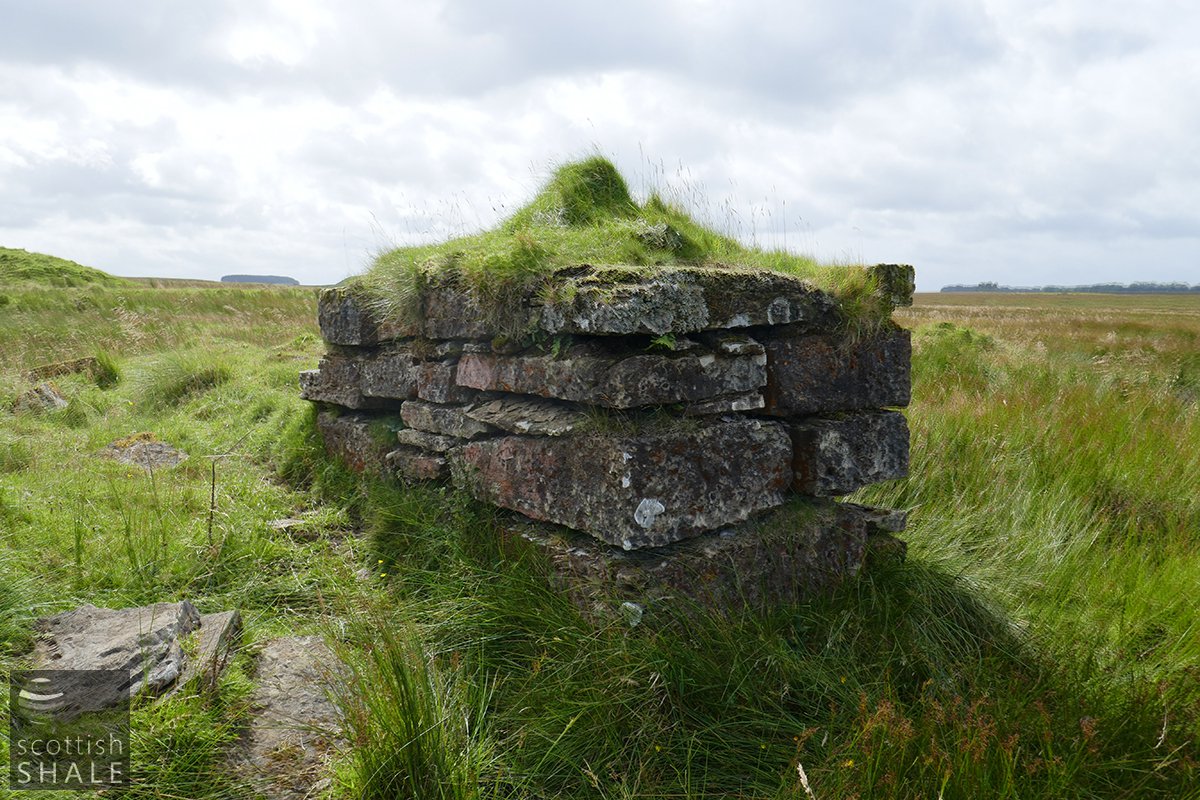 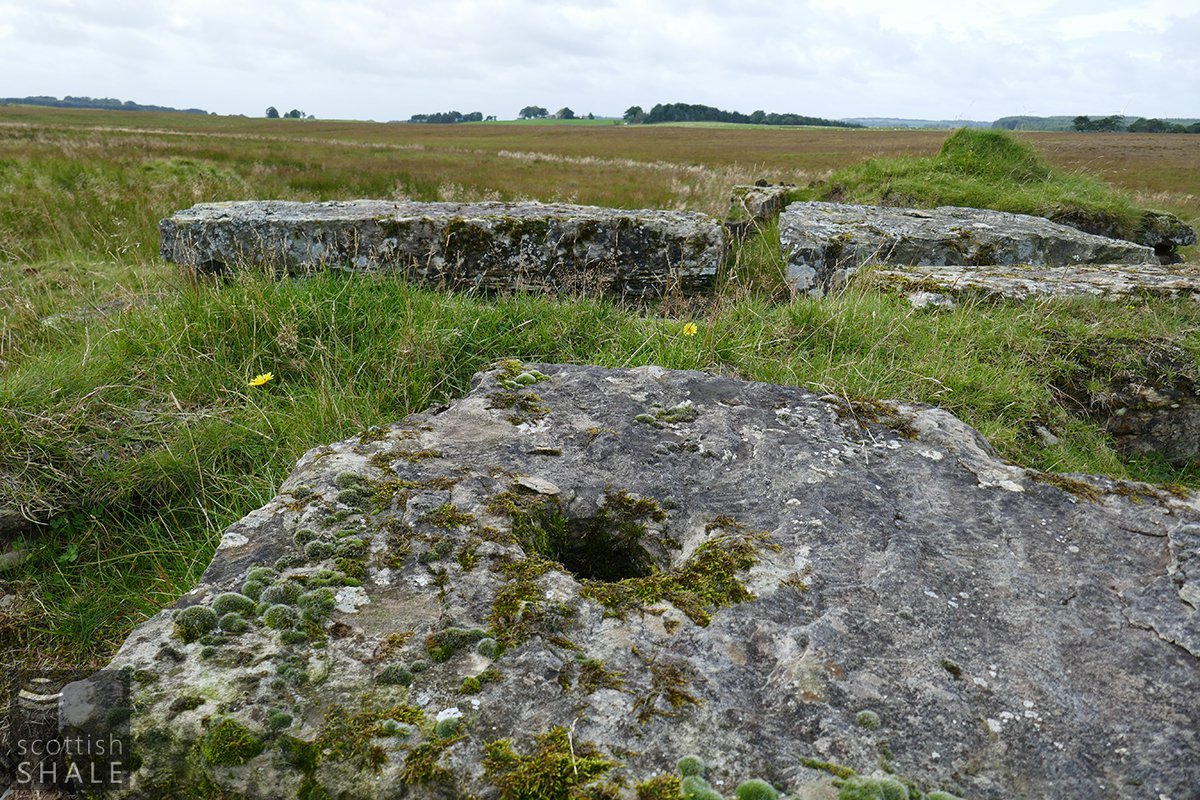 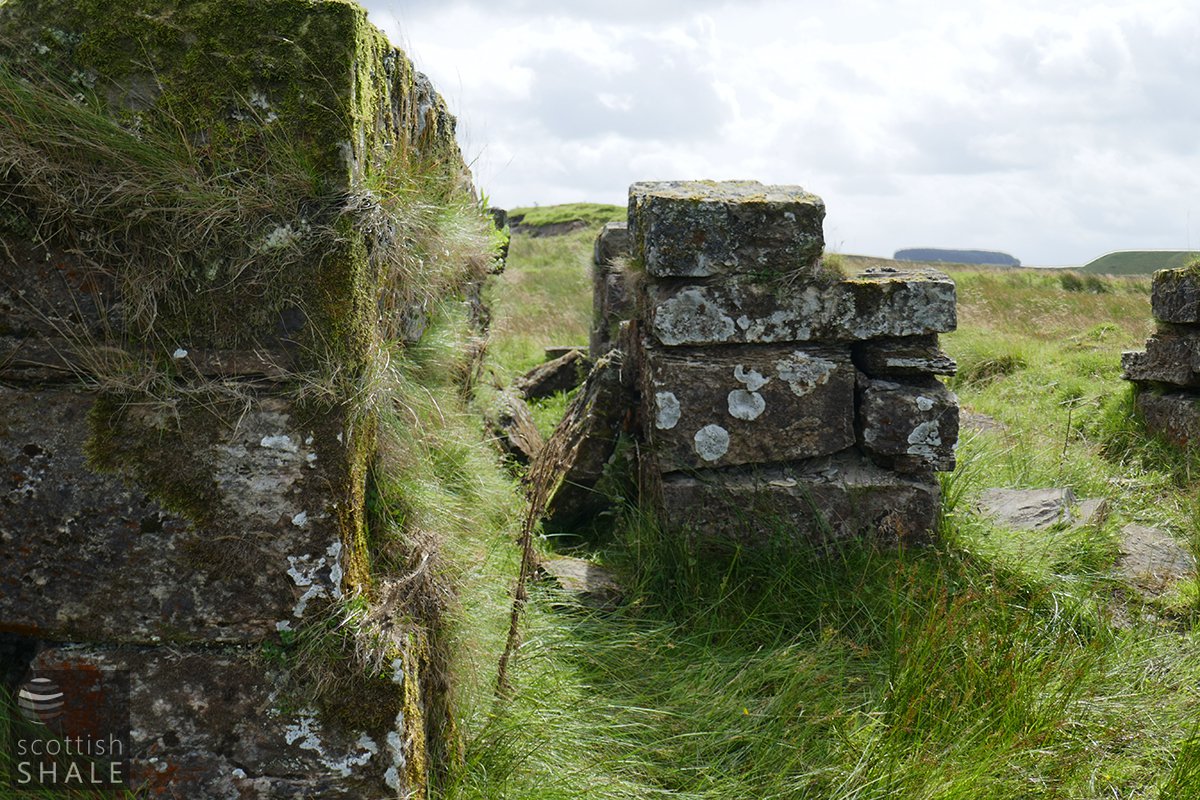 The entire property of South Cobbinshaw extends to about 1000 acres...The works will be connected by a branch from the Caledonian Railway, which passes through the property. The south-western division of the field, which extends to about 500 acres, has been sub-let, and has been proved by pits and shaft to contain 3,450,000 tons of "Raeburn's" and "Fell's" Shale. The sub-leasees are working vigorously, and the profit accruing to the proposed Company upon the sub-lease is threepence per ton on all shale raised, which would amount to £43,125 on the above-named quantity. The north-east division, containing about 500 acres, which this Company proposes to work, is also rich in the finest shale, a number of bores having been put down, proving the "Fell" seam, which is found to extend to at least 300 acres, and to be a thickness of 26 inches. This seam alone contains 1,200,000 tons, a large quantity of which can be got at comparatively little cost. Of the other seams, "Raeburn's" has been partially proved, showing it to be of a considerable extent and of a fine quality. It is proposed to put down one or two pits to the "Fell" seam which, from the proximity of the shale to the surface, and the moderate angle at which the strata lie, will not involve an outlay of more than £2,000, including all fittings and connections with the railway.