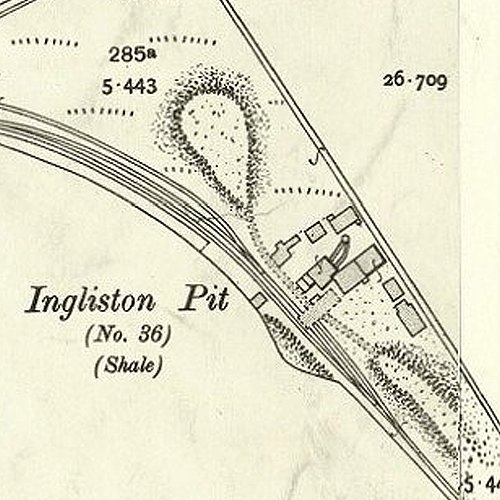 Substantial workings in the Camps Shale on a site subsequently used for the construction of Edinburgh airport. 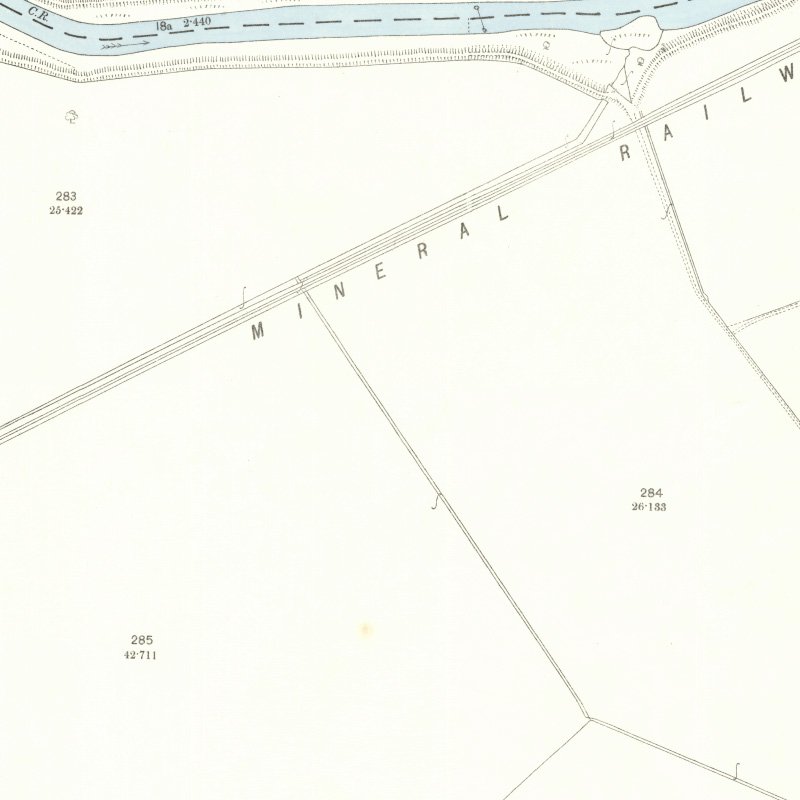 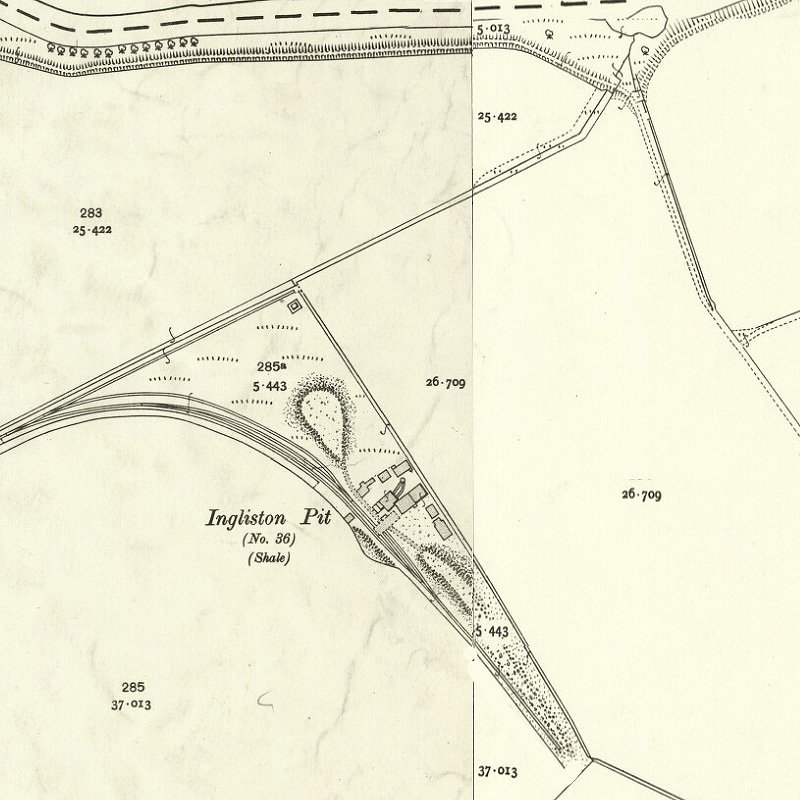 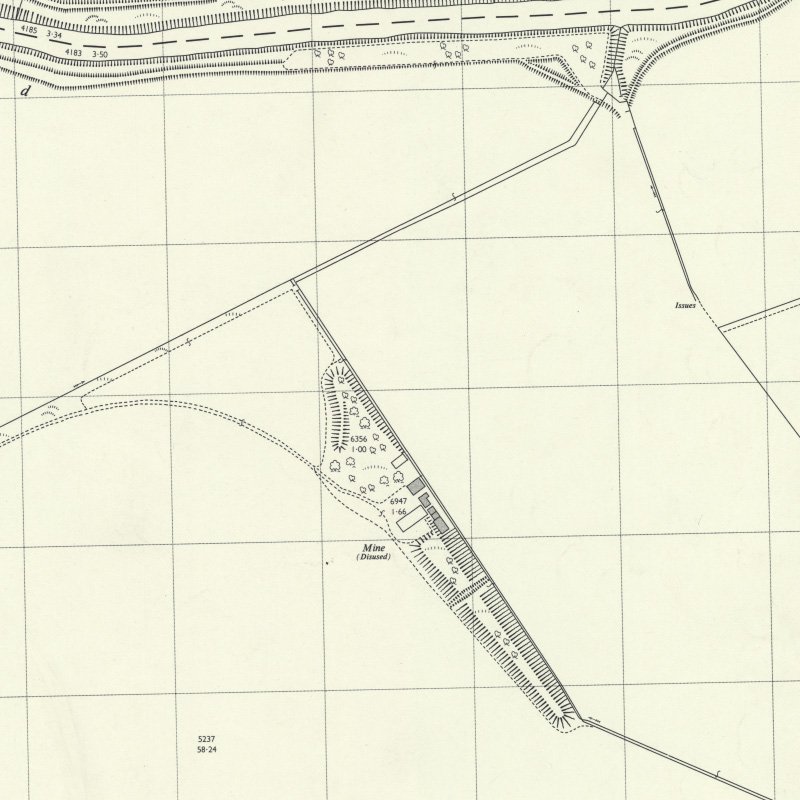 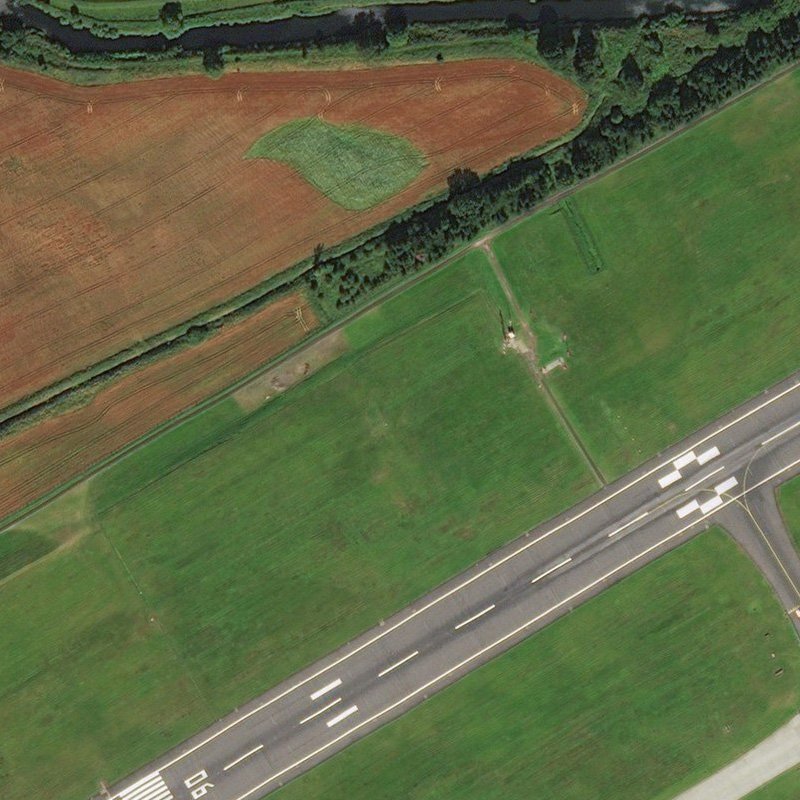 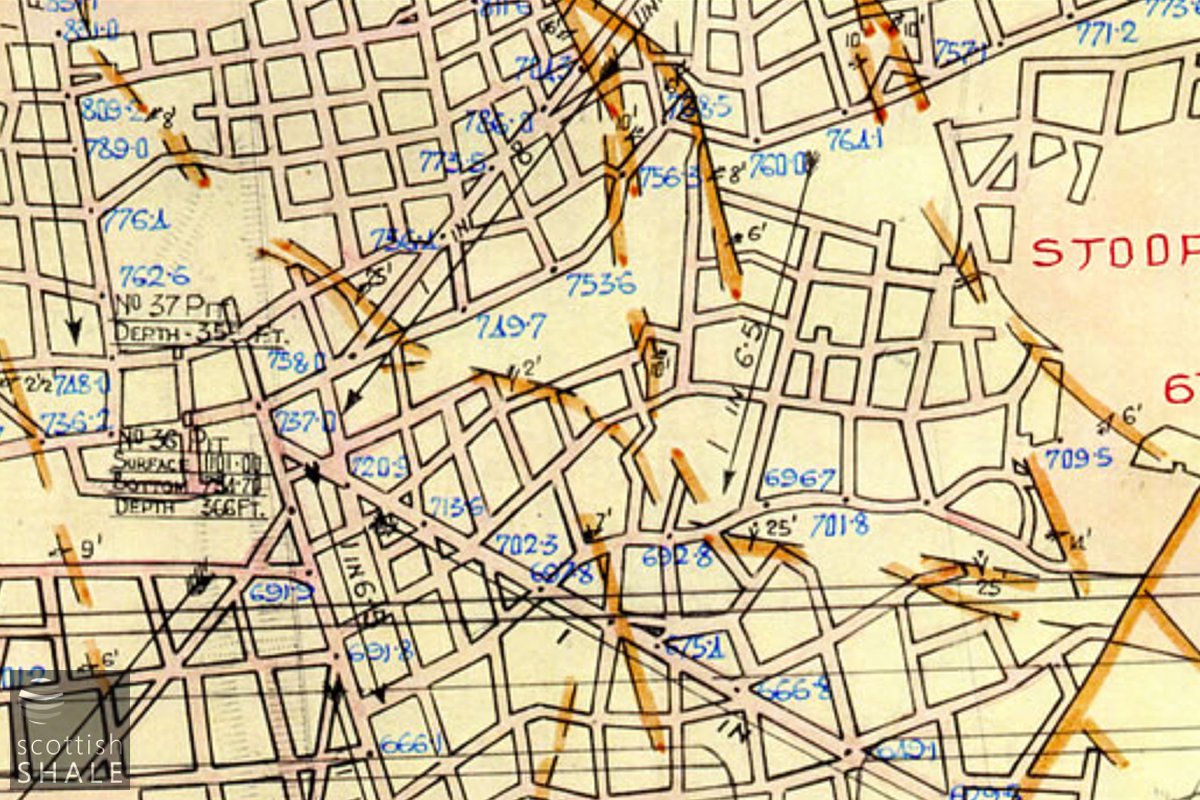 Extract from mine abandonment plan. 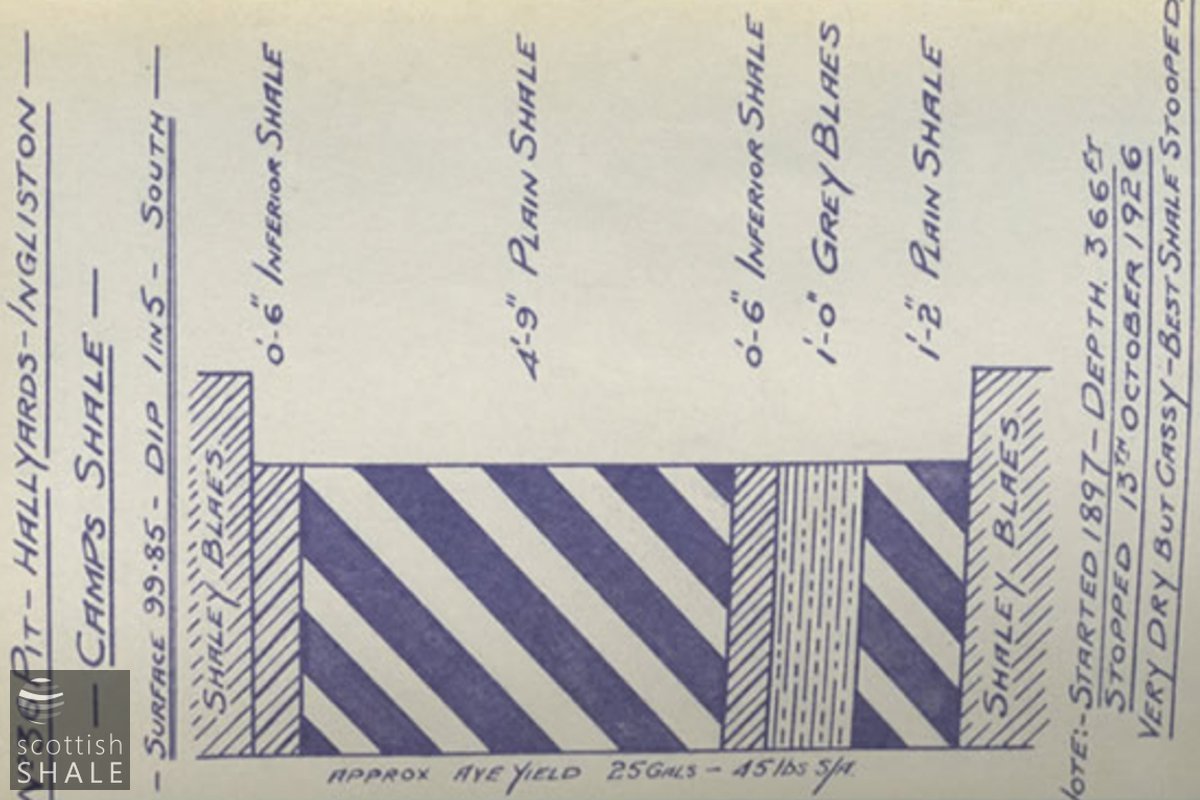 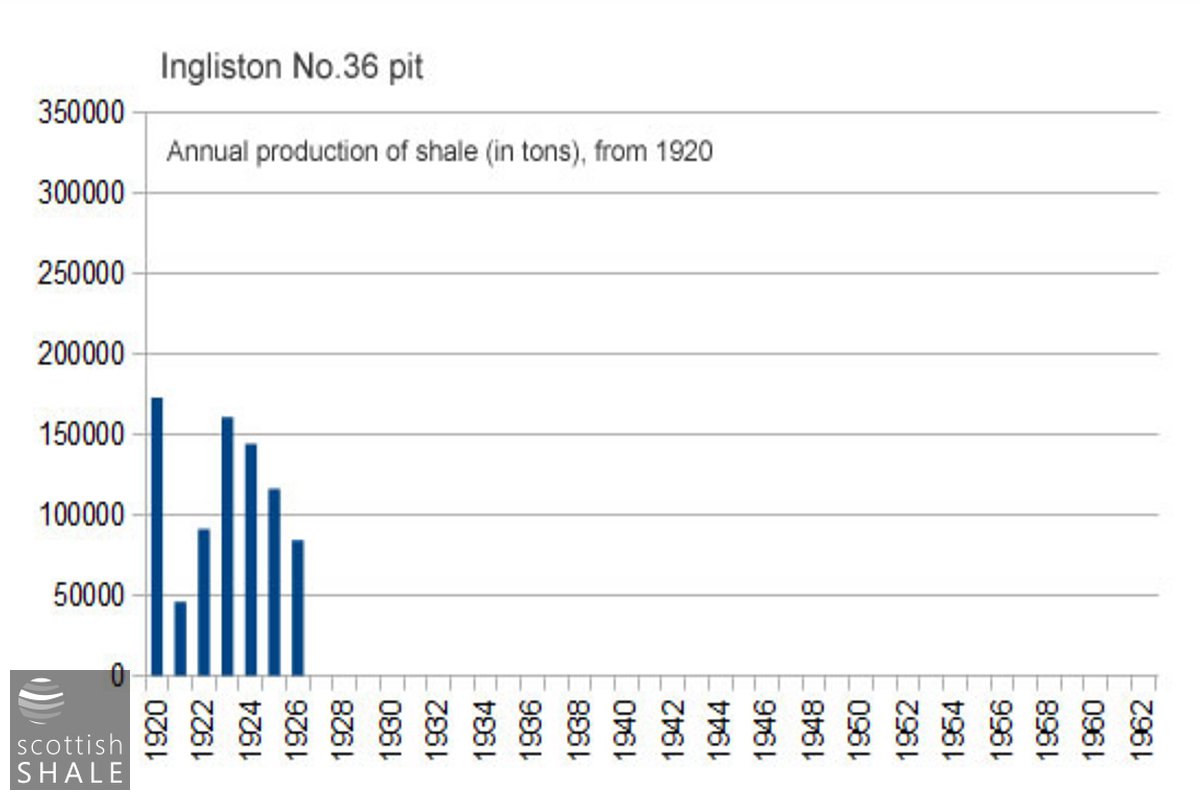 This company has also opened a new shale field beyond Newbridge where two pits have been sunk, and are employing about thirty men in two shifts. This number would be, doubtless, much greater but the Coal Mines Act of 1887 limits the number to twenty persons at any one time until two shafts are sunk not nearer to each other than 15 yards.

We have arranged to transfer the men from the poorer places to the south west dook, where the shale is still improving, and hope that this will help the yields at Dalmeny (August 1924). The driving of the south west dook has been hampered by the presence of a little gas which requires special attention to be given to the ventilation (December 1924). Some of the places have reached troubled ground and are not looking so well as they did some time ago (June 1925).