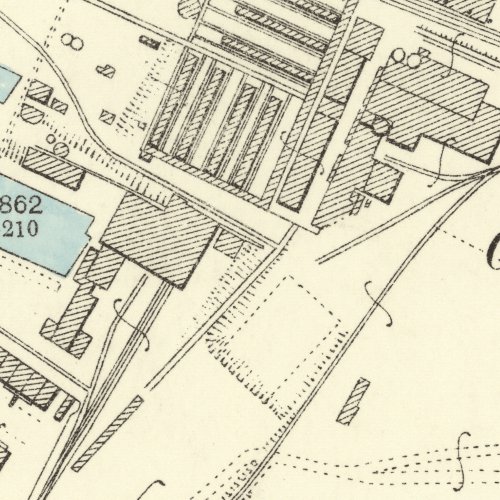 The principal mine in the southern part of the shale-field, established to serve Pentland Paraffin Oil Works.

The Straiton / Burdiehouse shale-field is separated from the rest of the Lothians shale-field by the Pentland Hills. The Pentland (Dunnet) Shale outcrops along a line running SSW to NNE extending for about two miles; the strata dipping steeply into the ground at an angle of about 35 degrees. Lesser seams of Broxburn and Fells Shale run parallel and to the east of the Dunnet Shale, dipping away beneath the younger rocks of the Midlothian coal field. A thirty foot thick seam of Burdiehouse Limestone lies parallel and immediately west of the Dunnet Shale, and was extensively quarried or mined. Most oilshale was worked by a string of mines that followed the outcrop of the Dunnet Shale. Many of these mines were eventually linked together underground. Cross-cut mines from the Dunnet workings also accessed seams of Broxburn and Fells Shale. The steeply inclined seams, the absence of a sound strata to provide a strong roof to workings, and the ingress of water all added greatly to the complexity and cost of mining.

Much of the history of shale mining in the Straiton area remains unclear. Shale seems to have been worked to supply the Straiton Oil Works since 1866, with major investments being made in 1879 by the Straiton Oil Company Ltd, and in 1882 by its successor, the Midlothian Oil Company Ltd. Exploitation of reserves in the southern part of the field began in about 1882 to serve the Clippens Oil Company's Pentland Paraffin Oil Works. The Clippens Oil Company acquired the mineral rights for the Pentland Estate in 1879. Clippens' acquisition of the Midlothian Oil Company in 1884 brought all shale mines under single ownership. By 1890, mines were being worked at Pentland, Straiton, Oakbank and Mortonhall. Mining ceased in 1897 as a consequence of litigation brought by the Edinburgh and District Water Trustees; a matter that was not resolved until 1908.

Mineral statistics (see below) for 1883 records that Pentland No.1 mine worked the Straiton main seam, seven foot in thickness, using stoop and room techniques. 16 were employed on the surface and 268 underground, under the management of R. Martin. The downcast and upcast shafts measured 12'x5' with a depth of 1,416. Considered a firery mine, it was ventilated by a fan 18'x6'. The report for 1884 included details for Pentland No.2 mine; collectively they employed 38 on the surface and 387 underground. A note indicated that the mines dipped at 1 in 2 and that 15 persons had been injured in their operation.

Mapped by the Ordnance Survey of c.1894, showing possible winding house, but no other apparent surface features. 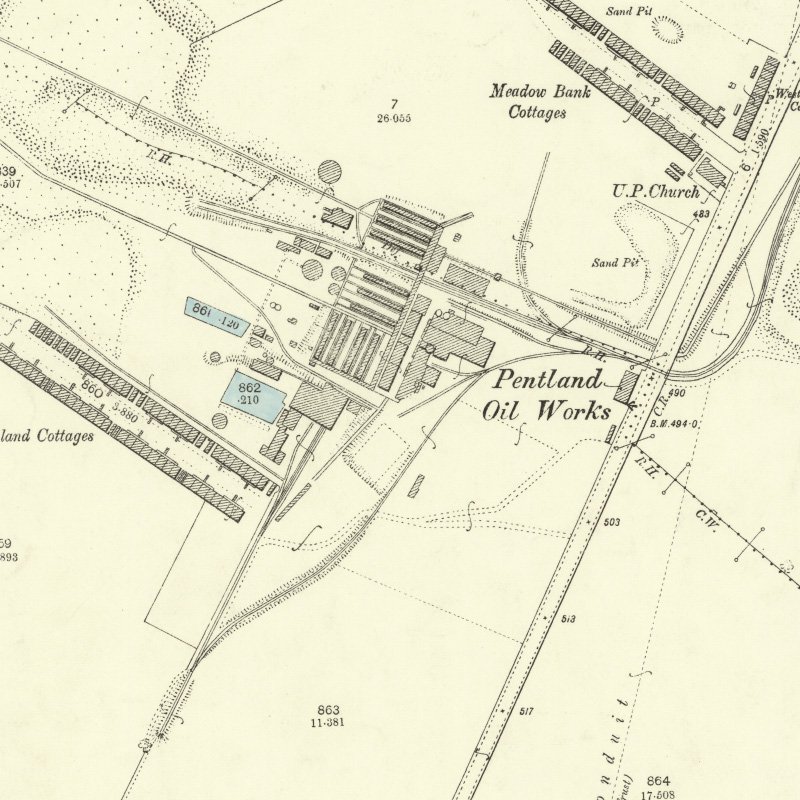 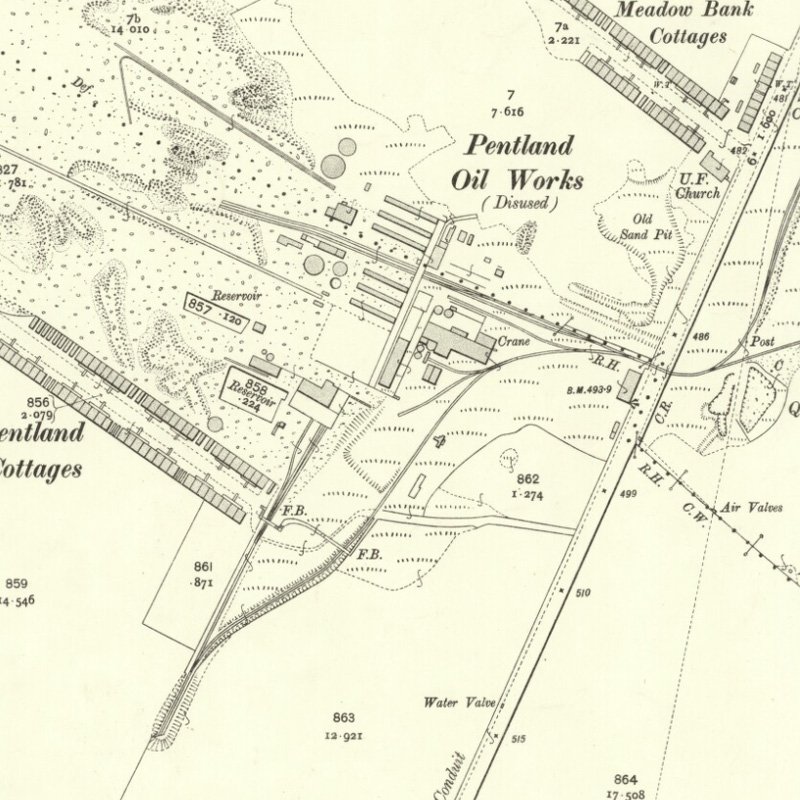 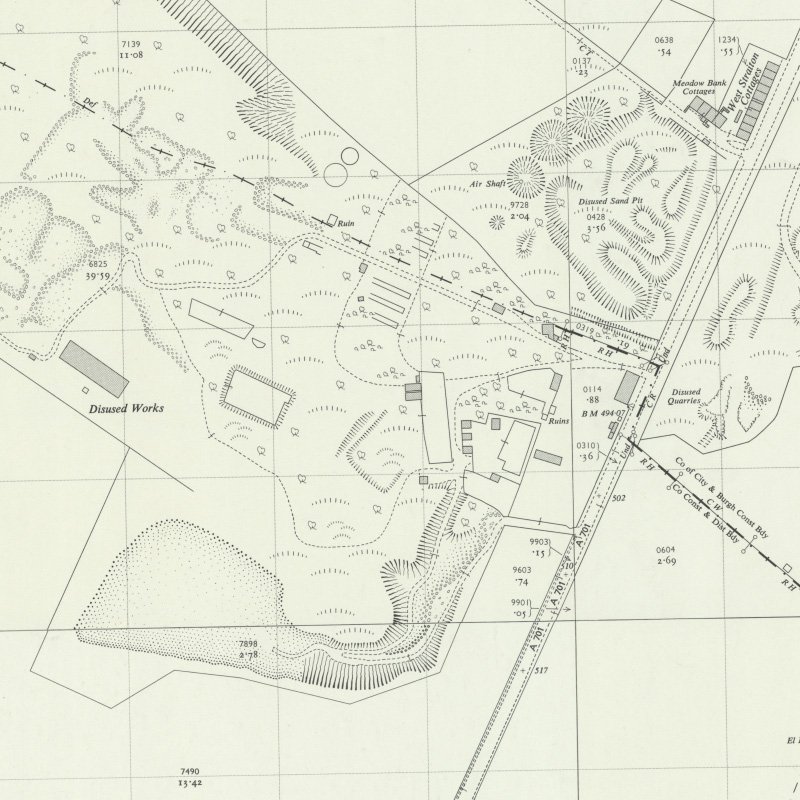 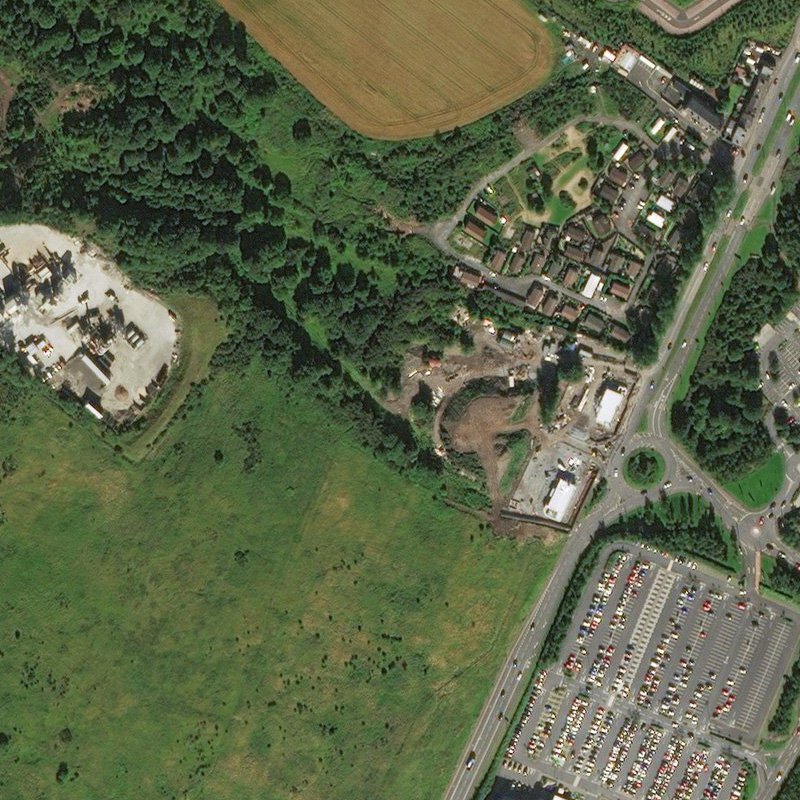 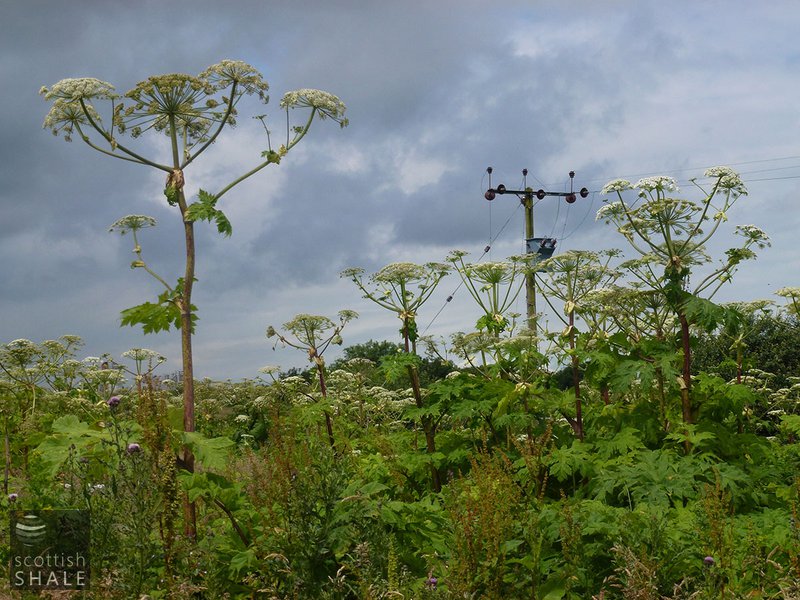 View from Straiton road towards the site of Pentland No. 1 Mine, buried beneath a forest of giant hogweed. Looking north west. July 2012.

View towards site of Pentland No. 1 Mine, the Straiton retail park now occupies the site of Straiton Oil Works. Looking east. September 2012. 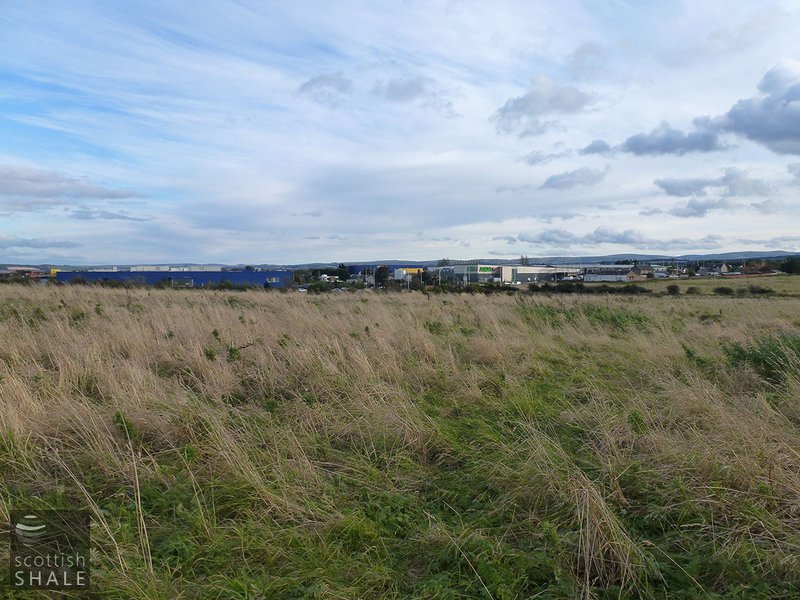 During much of the Victorian period, Her Majesty's Inspectors of Mines produced an annual report to the Secretary of State recording the output of coal and other minerals, plus a variety of associated statistics, including a list of mines. The format and detail of these "Mineral Statistics" varied considerably, each Mine Inspector compiling a report of this own area according to his own style. Scotland was served by two mines inspectors; being divided into eastern and western districts.

The most detailed of these reports provide substantial information on each pit, including details of shafts, ventilation and methods of working, and the number employed at each site. Others provide little more than name of the pit, the owner, and the seam worked. Mineral Statistics for certain years have been digitised in full and are available through www.archive.org., others are available, for a fee as Google books, and some have been partly transcribed (to varying degrees of accuracy) and made available through various mines research sites. Our museum holds a number of annual Mineral Statistics from the 1880's.

The directors have also obtained a lease of the Mortonhall shale, and they are negotiating a lease of part of the adjoining shale field owned by Sir George Clerk.

In the dispute which is going on between the men employed at the Straiton, Mortonhall, Pentland, and No.8 mines of the Clippens Oil Co., and the liquidators of the company, owing to a threatened reduction in wages by 10 percent, the latter hold that the mines cannot be carried on without the reduction, and that if the men do not agree to it the mines will be closed to-day.

The Directors of the Clippens Oil Co. have decided to re-open their stone quarries at Straiton. This will give employment to many workers who are idle owing the closing of the oil works in connection with the action taken by the Edinburgh and District Water Trust.

The directors regret to state that in November last a creep took place on the western side of their Pentland pit. The creep is now ceased, but for a time it seriously interfered with their increasing output of shale. In addition to the seams already known to existing in the company's lands a new seam of shale has been found, 4 feet and 10 inches thick, below the present main seam, and the directors are sinking a trial shaft to it.

Report by the directors of the Clippens Oil Company Ltd, reported in Glasgow Herald, 24th April 1886

About two months ago, after cutting through a small dyke in the main seam of shale, about 75 fathoms from the surface, we got a flow of water equal to about 200 gallons a minute. The quantity was not itself a matter of importance, but with out existing pumping arrangements, we were no prepared for the extra flow, and the result was that for a time the overflow found its way into the lower part of the pit and flooded our lowest level. No delay occurred in fitting up pumping arrangements, and we have now appliances at work quite capable of coping with it, and the water in the lower level of the mine is being steadily reduced. It is satisfactory to say that the flow has pined within the last few days from 200 to 120 gallons and is still decreasing. A t the same time, the directors deem it prudent to erect pumping power of sufficient capacity to cope with any water that may yet be got, so that there should be no interference with a steady out put of about 6000 tons weekly. There are at present opening up some new seams of shale beneath the Pentland main seam. It is premature yet to give an opinion on them, but as they exist in the company's own property at Straiton, they may still further add to the very ample fields of shale owned by the company.

Report by the Directors of the Clippens Oil Company Ltd, reported in Glasgow Herald, 11th May 1887