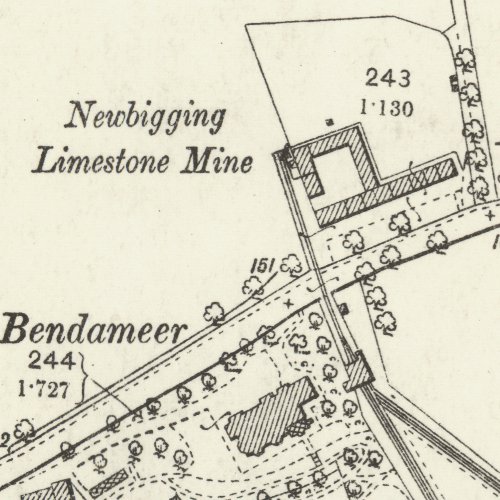 Type of working not known

From early in the 19th century, the Carron Company worked limestone from the Newbigging estate, between Aberdour and Burntisland. This was shipped to Carron Ironworks for iron-smelting from a pier on the River Forth known as Carron Harbour. A plan in the National Archives of Scotland (RHP1287), dated 1828, shows the harbour, waggonway and a coal pit.

The second edition OS map (c.1895) shows a tramway leading from Carron harbour to Newbigging Limestone Mine. This tramway had been extended to serve Newbigging Quarry by the time of the next revision (c.1914) of OS map. The first (1906) edition of "Oil Shales of the Lothians" (see Snippets, below) describes an "air-shaft recently sunk to the north of Bankhead" which encountered a seam of Dunnet Shale 4 ft 10 inches thick. It also makes mention of "two trial pits on the Newbigging estate" that were sunk to the Dunnet Shale.

Mapped by the Ordnance Survey of c.1895. 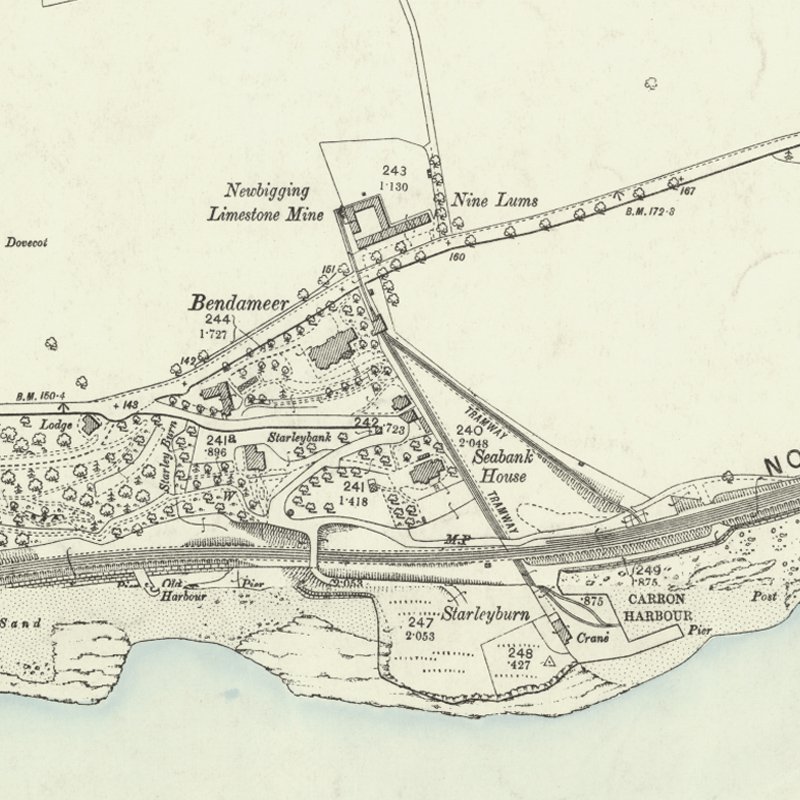 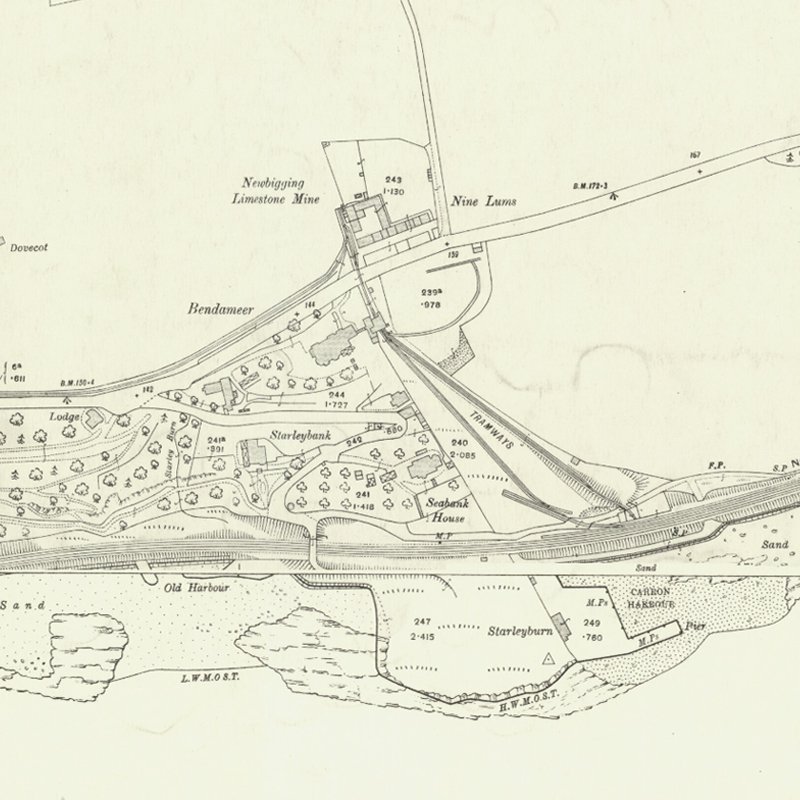 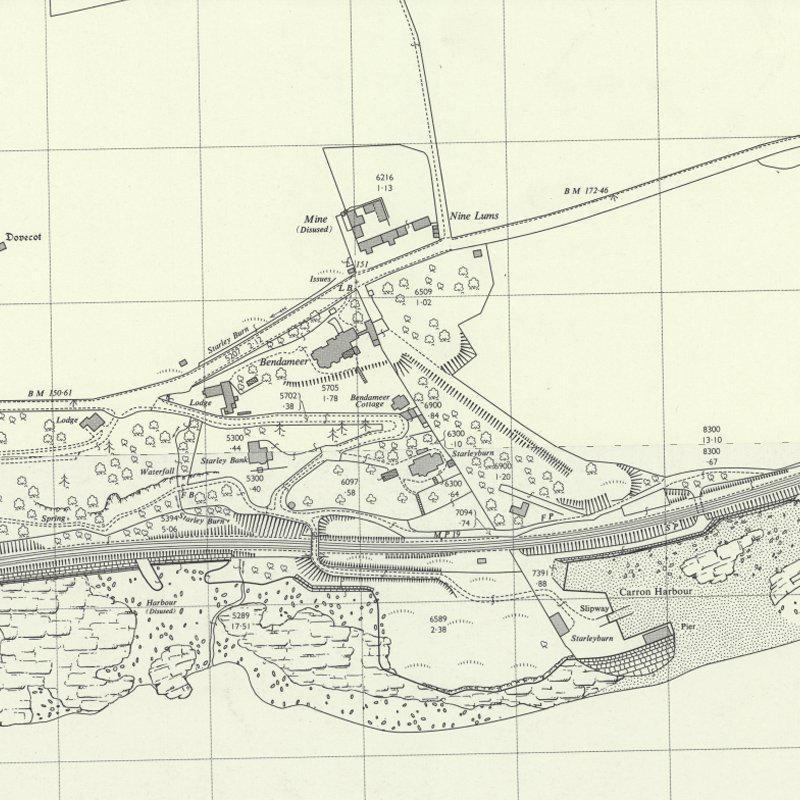 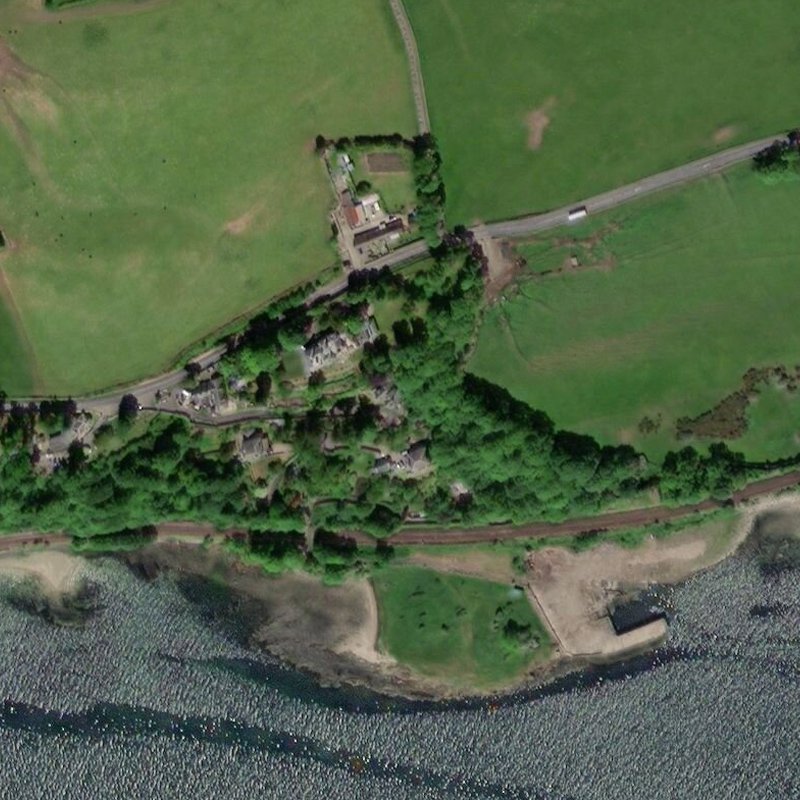 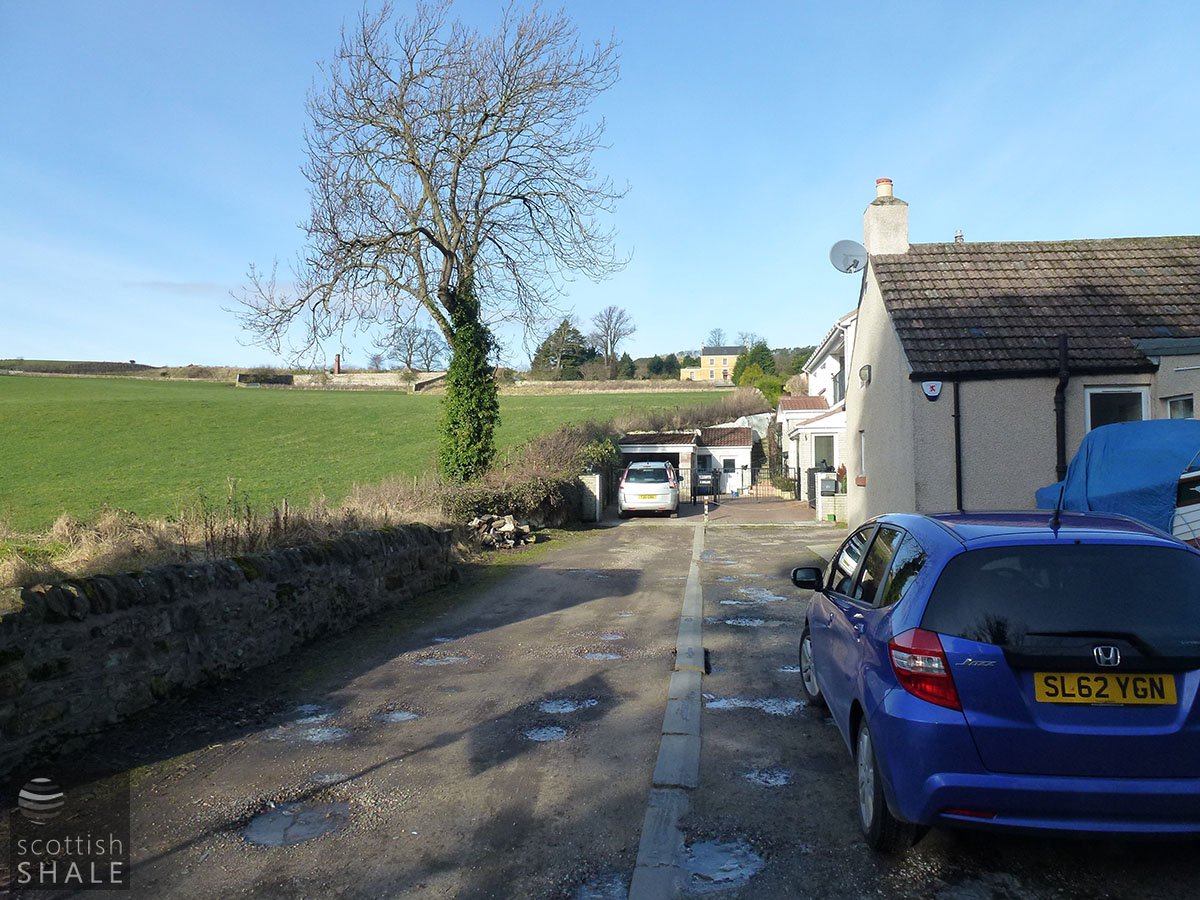 View towards entrance to the limestone mine (now occupied by the garage). Looking north. February 2013. 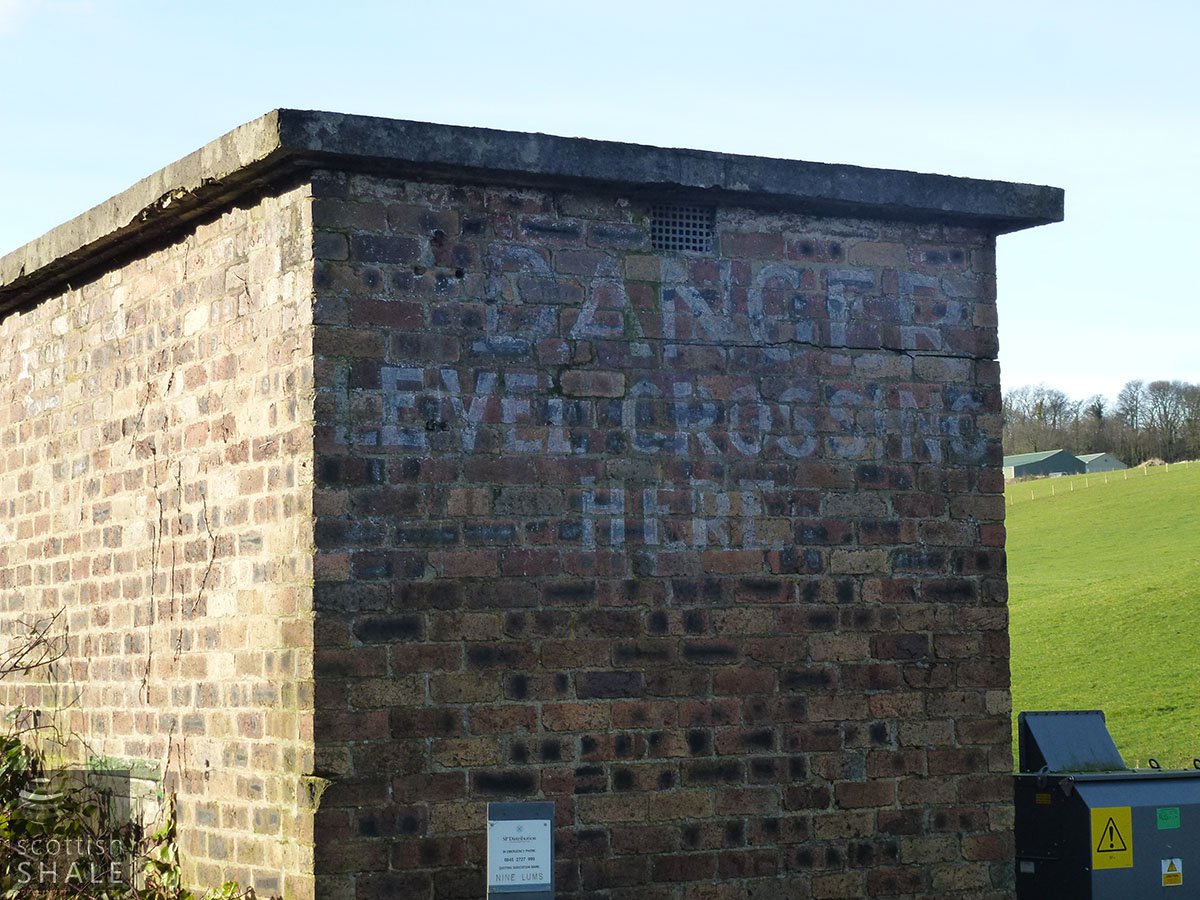 Electricity substation? at the roadside at Nine Lums, with a warning notice. Looking west. February 2013. 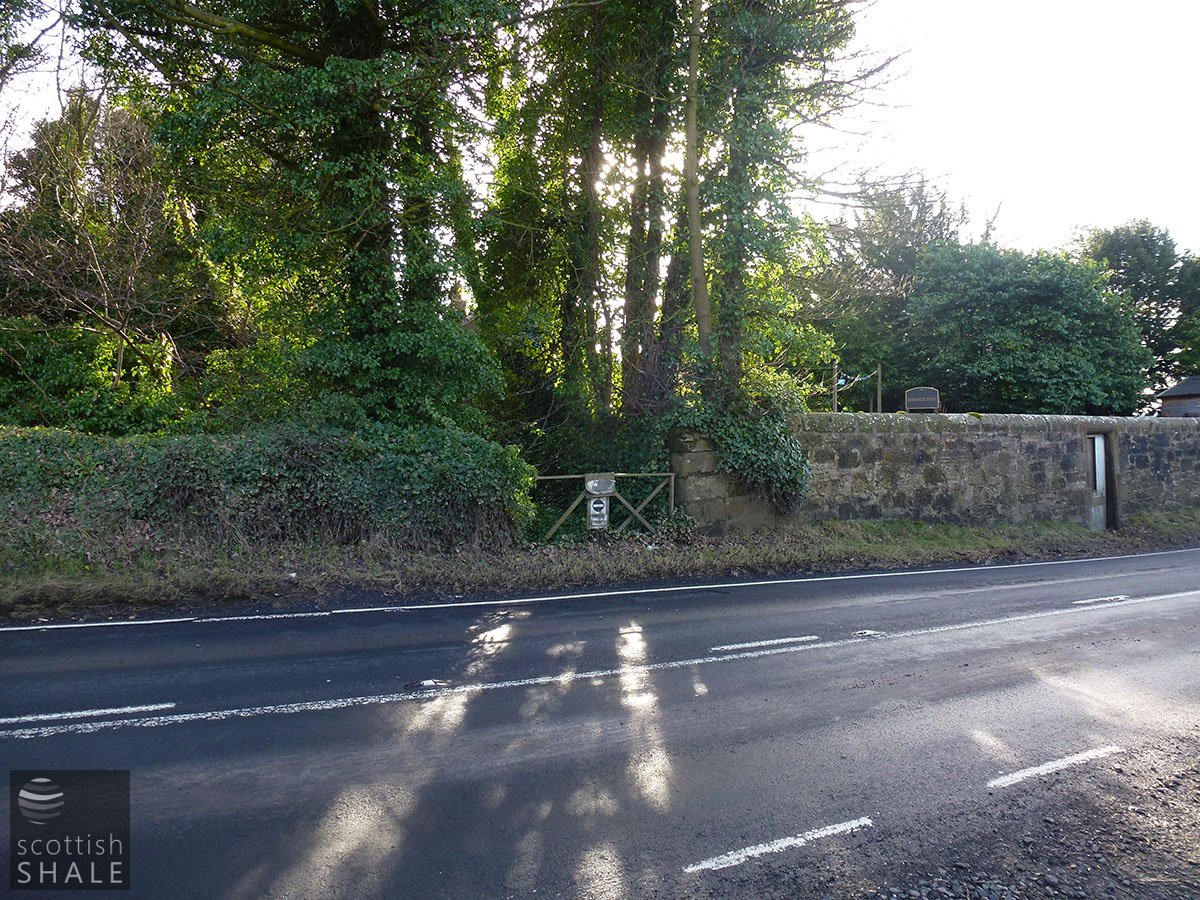 Gate on the south side of the Kinghorn to Burntisland road, marking route of the tramway. Looking south. February 2013.

"The Carron Company made trial pits at Newbigging in 1889 and 1891 with a view to setting up an oil works, but the proposal came to nothing in view of the relative remoteness of the area from the refinery at Pumpherston".

From - "The Binnend Oil Works and Binn Village", by Walter M. Stephen (1968), quoting HM Geological Survey 1961; "The Economic Geography of the Fife Coalfields"

"Some years ago a quantity of shale was extracted from two trial pits on the Newbigging estate, and practically tested at Pumpherston, but the results of the tests, combined at that time with the want of direct railway communication with the Lothian oil refineries, led to no further steps being taken to develop this field."

Coal Authority Mine Abandonment Catalogue No. 2767, showing workings in the Dunnet Shale from Newbigging No. 1 & 2, abandoned in 1891.