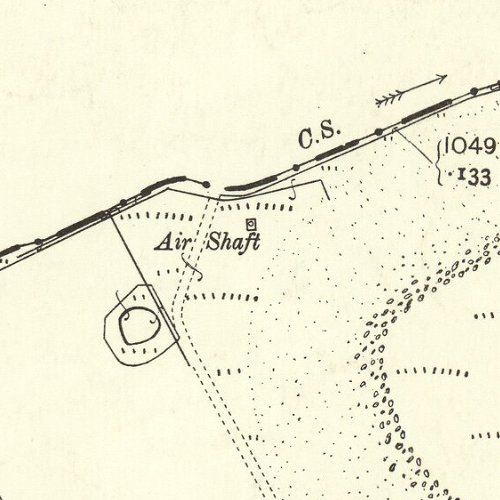 Extensive workings in the Camps Shale, extending beneath the eastern parts of Livingston.

Mapped by the Ordnance Survey of c.1907, prior to development of the mine. 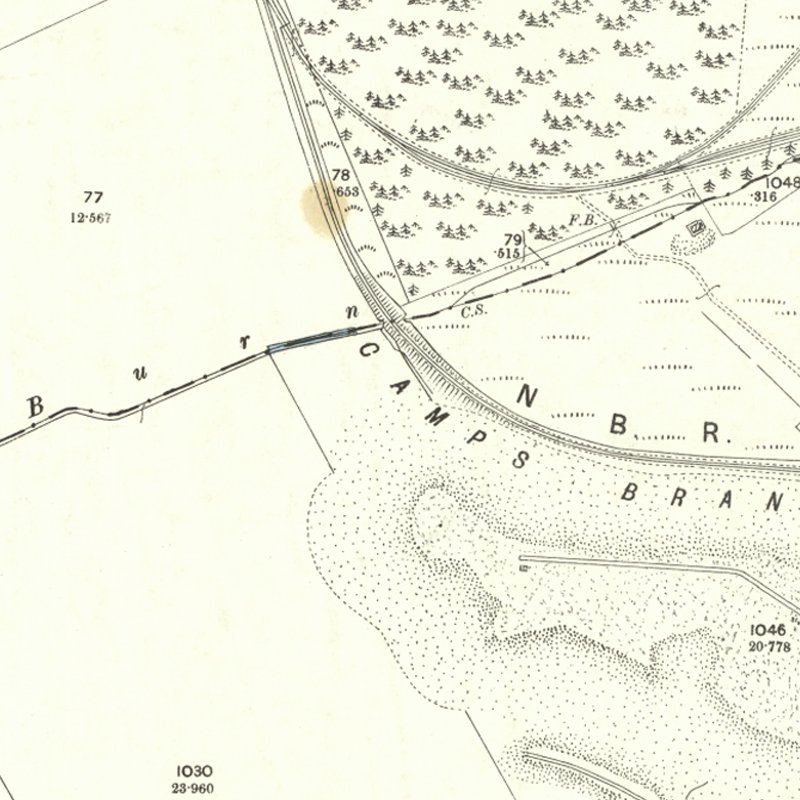 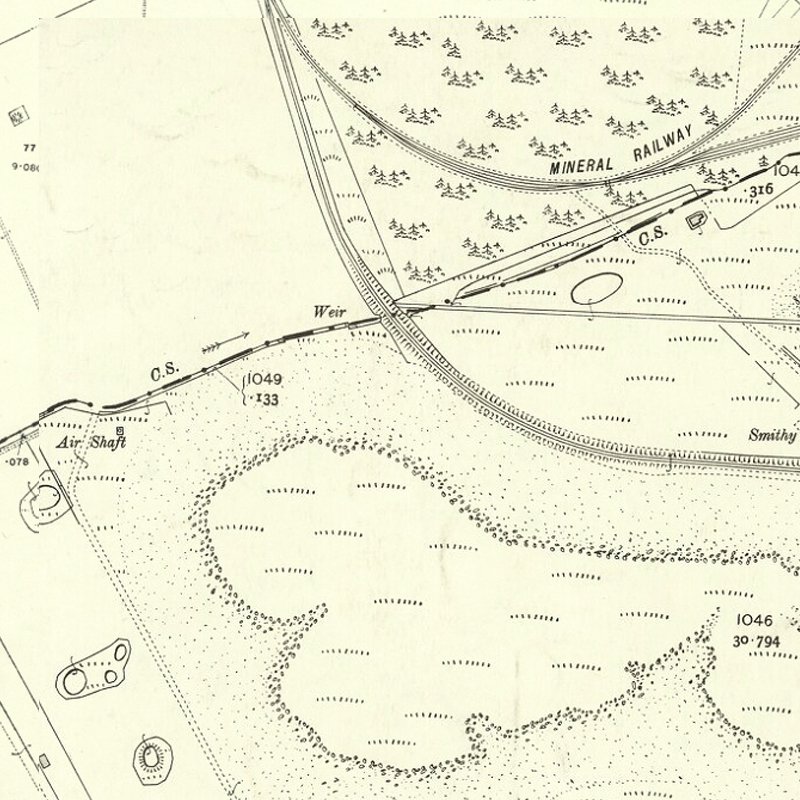 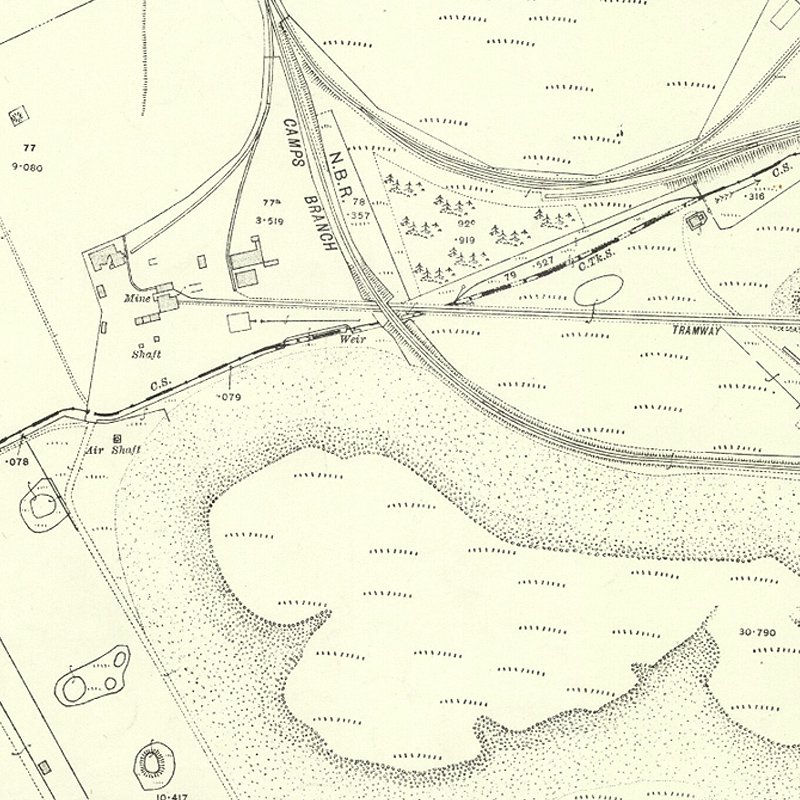 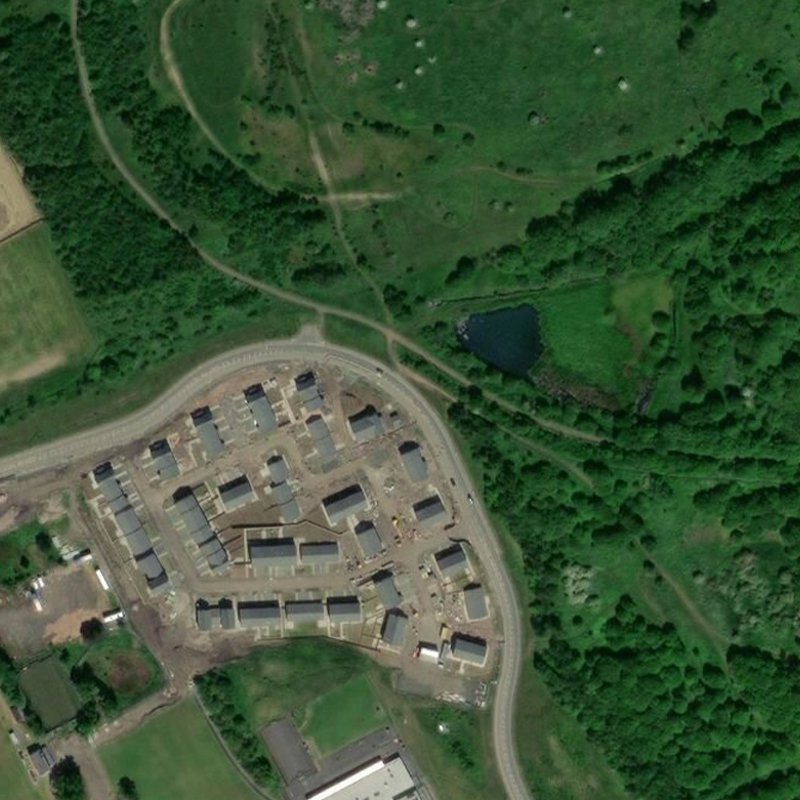 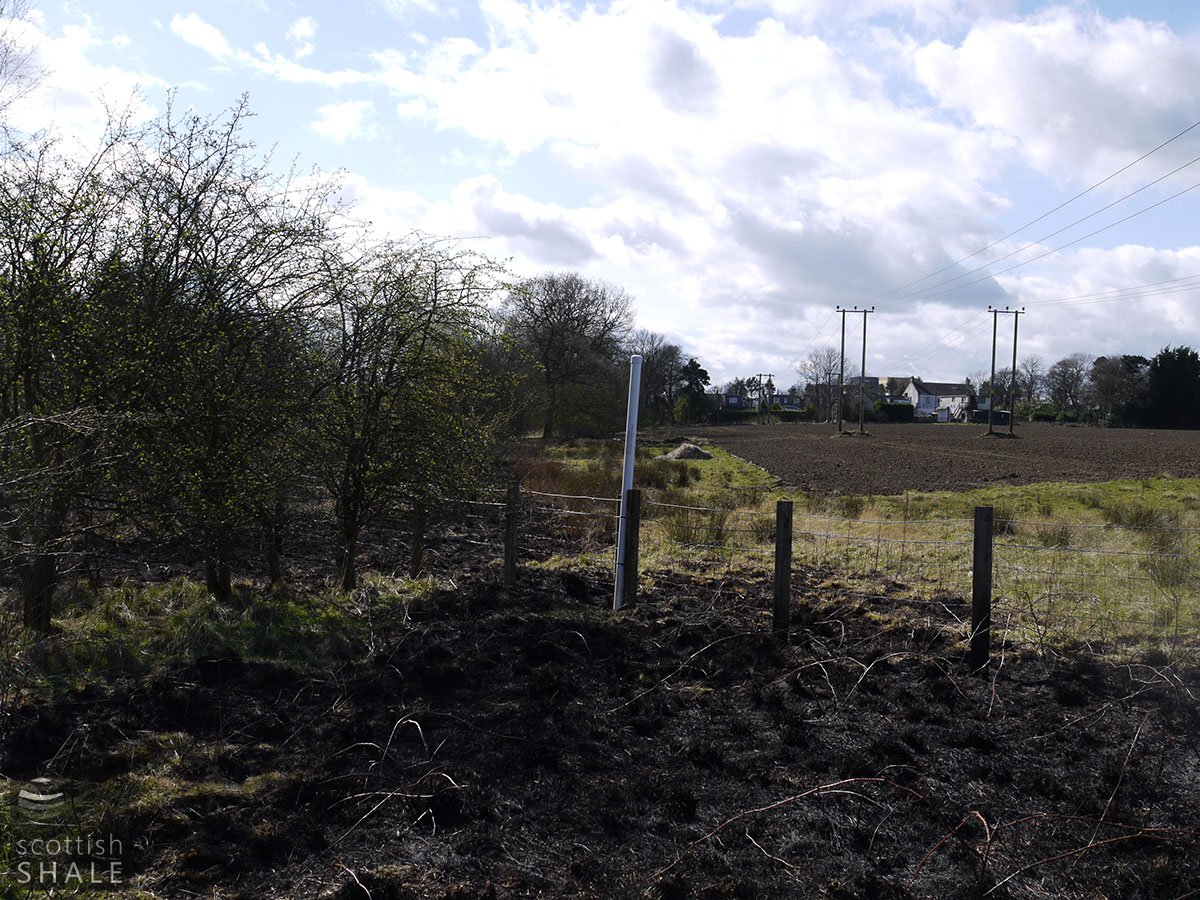 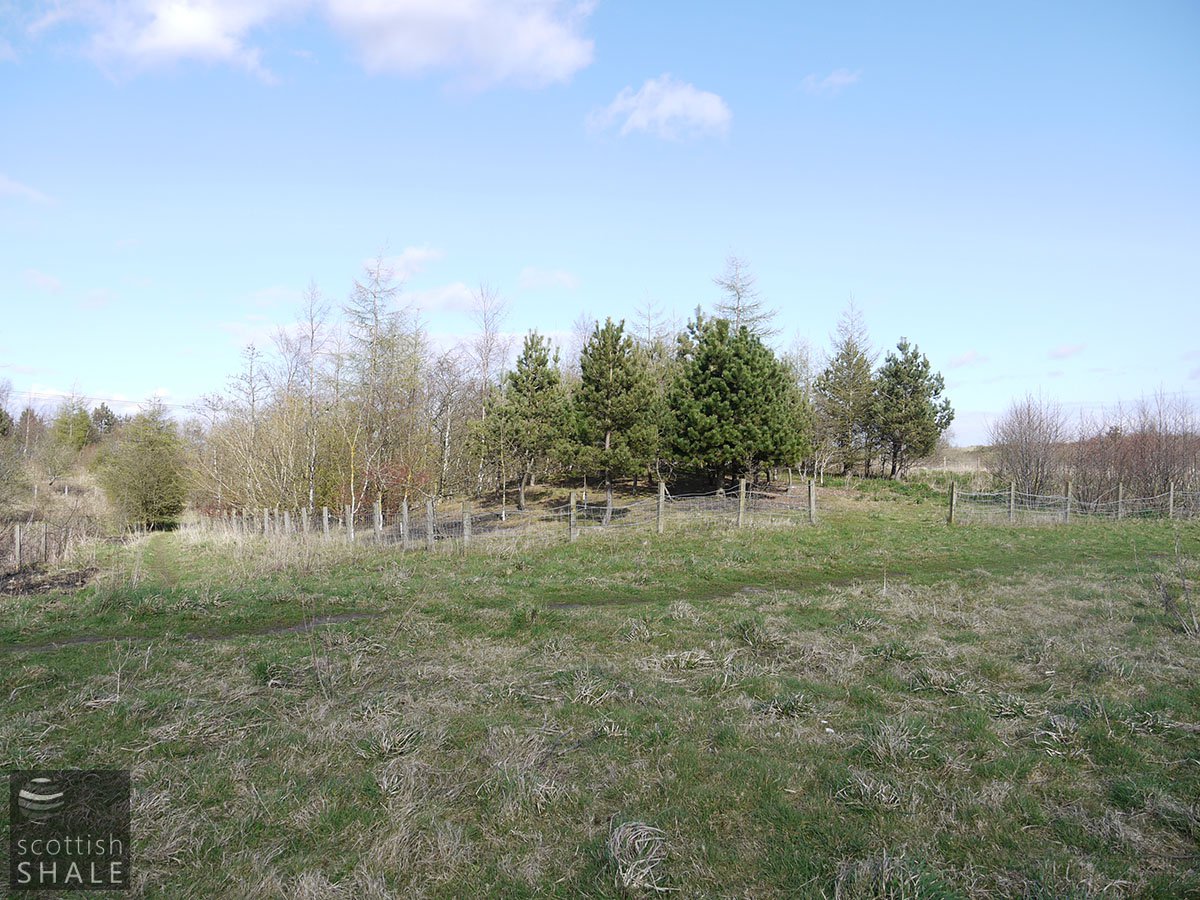 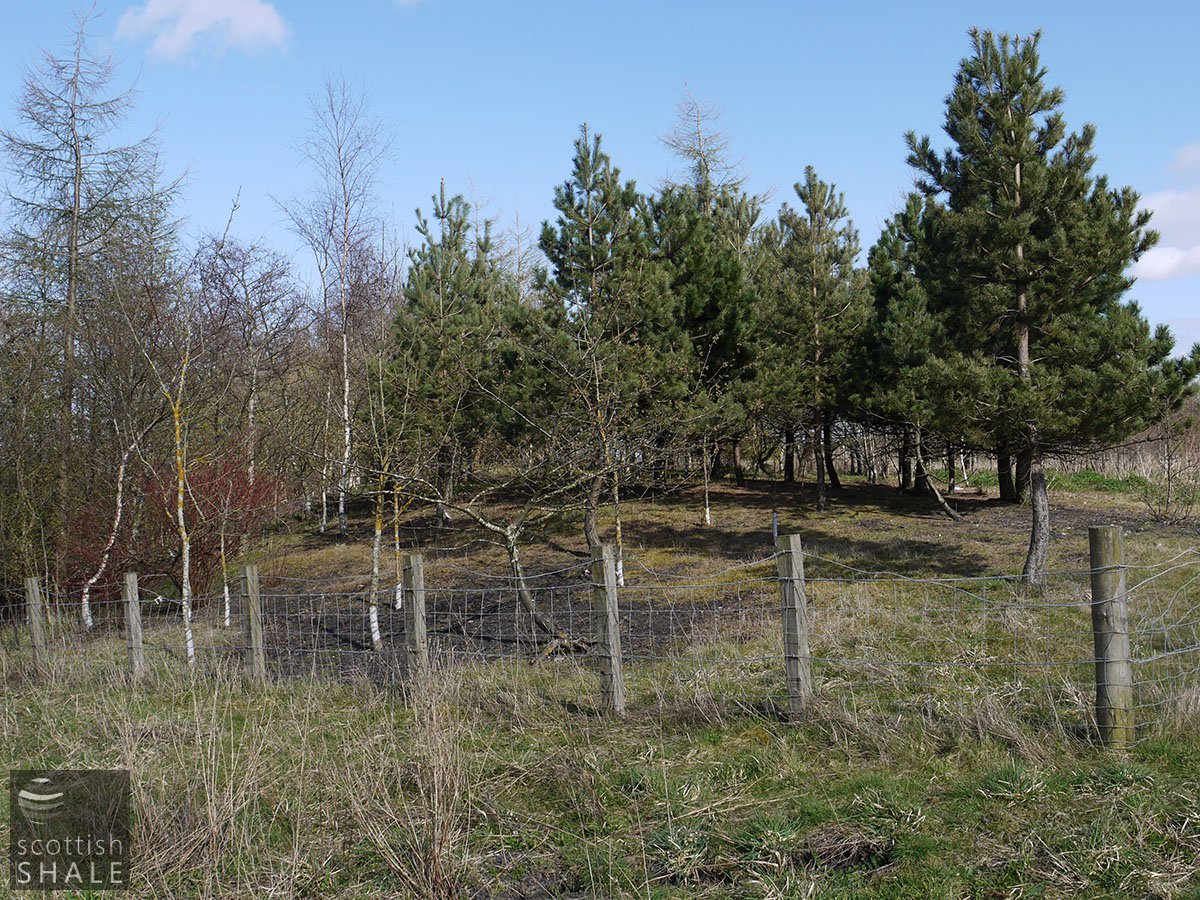 A large area of the Camps shale has been worked between Pumpherston and Nettlehill; a small part of it from No.5 Roman Camp mine, the rest from Pumpherston No.4 mine.

MORE SHALE WORKS TO BE CLOSED

Men Receive Notice. In addition to the abandonment of Broxburn Oilworks and Dunnet Mine, Pumpherston Oil Company, at the instance of Scottish Oils, Ltd., have issued a notice to workmen that No. 4 Mine, Pumpherston, and Pumpherston Crude Works will not be reopened, and intimating that all contracts of service with the Company at these places will terminate on Saturday, 14th May. Those workers who may be engaged in dismantling or otherwise will be employed from day to day. The refinery at Pumpherston Oilworks is being carried on, the crude oil from Roman Camp Works (Broxburn Oil Company) being dealt with there. It is also stated that output is to be reduced at certain other shale mines. A large number of unemployed workmen — said to be about 200 — have received letter from Broxburn Oil Company in the following terms:- "You will require to remove from the house at present occupied you and belonging to Broxburn Oil Company, Ltd., and that on or before the expiry of one week from this date. This notice is given in consequence of your right to occupy the said house having terminated by your ceasing to be employed by said Company." On inquiry it has been ascertained that is only those workmen who are in arrears with their rent (and many have paid no rent since November, 1925) who have received the above notice. As far as can be learned there is no disposition on the part of the unemployed workmen to obey the notice given them.

Coal Authority Mine Abandonment Catalogue No. 9152, showing workings in the Camps Shale, abandoned in 1927.