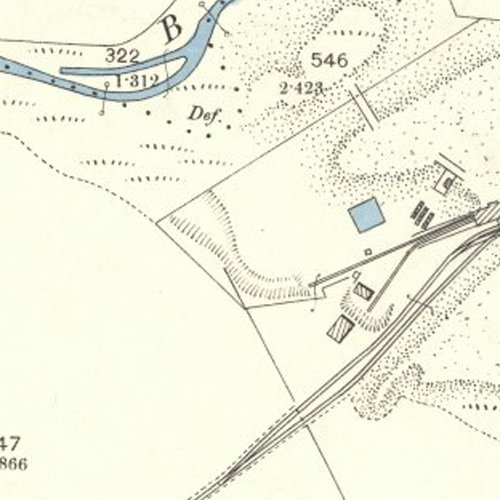 Serving Greendykes North Oil Works? or other early works in the Broxburn area

The suggested location of North Greendykes mine has been derived by scaling from surface features marked on the mine abandonment plan, dated 1874 and titled "Broxburn coal and shale works - Robert Bell Esq.". The mine and associated opencast workings appear to have been further developed at a later date as part of the Haycraigs shale mines. See that page for the subsequent history of the site.

This site lies about 600m south west of North Greendykes farm, marked as a ruin on the first edition OS map (c.1856). 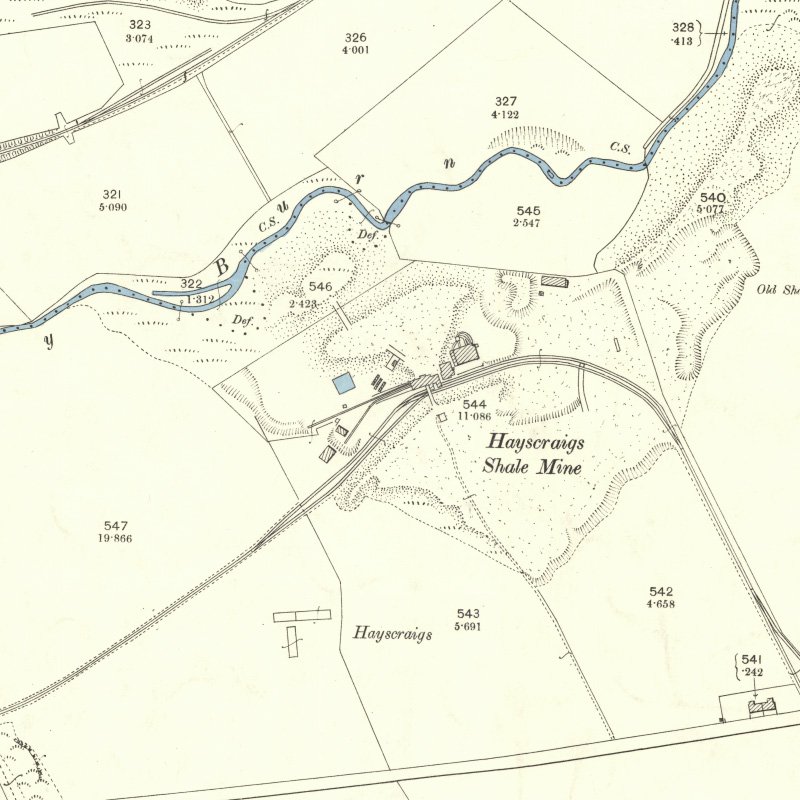 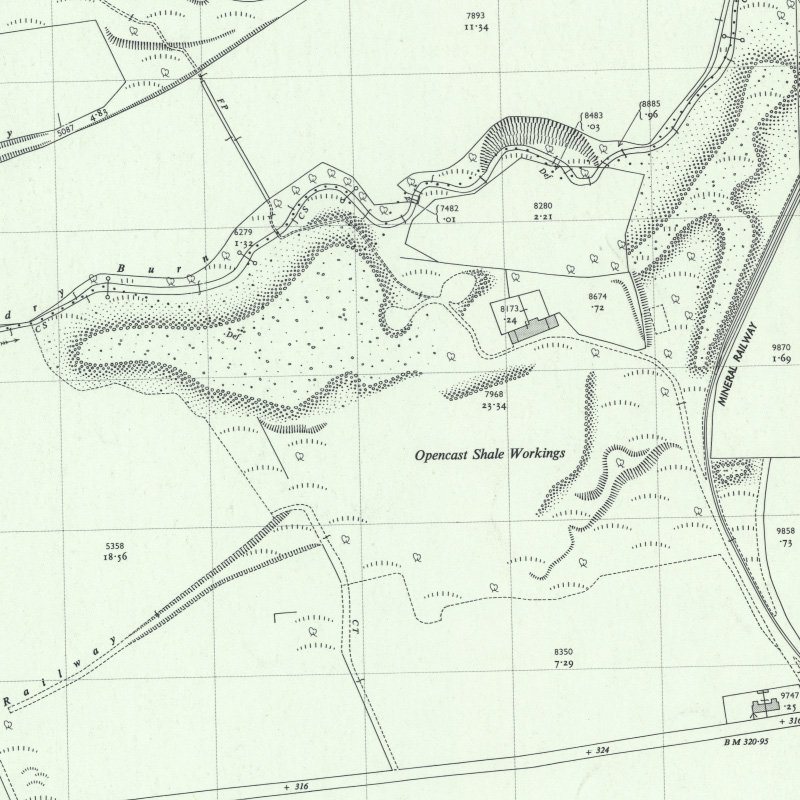 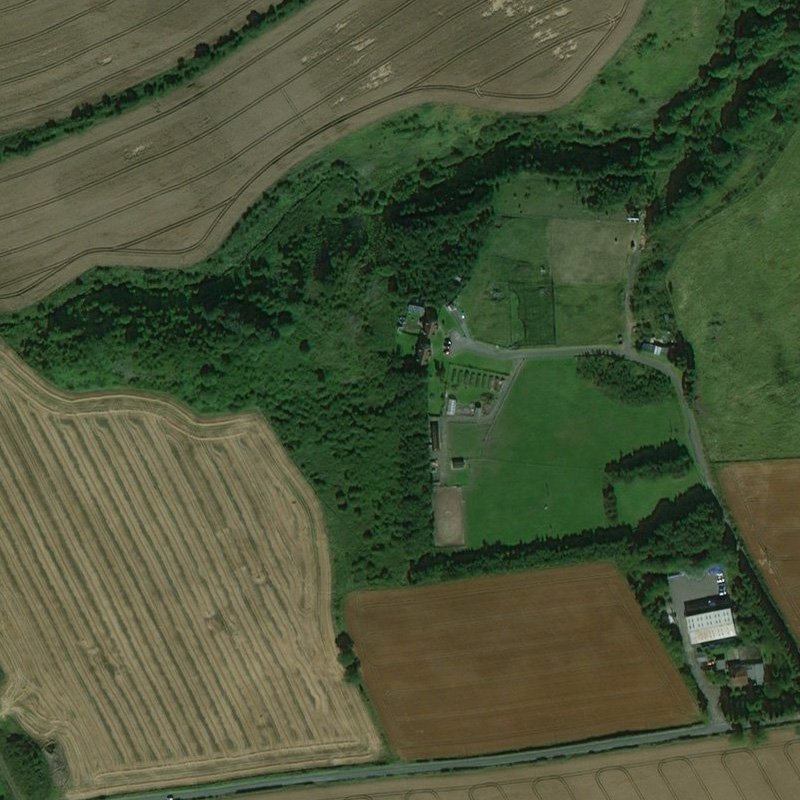 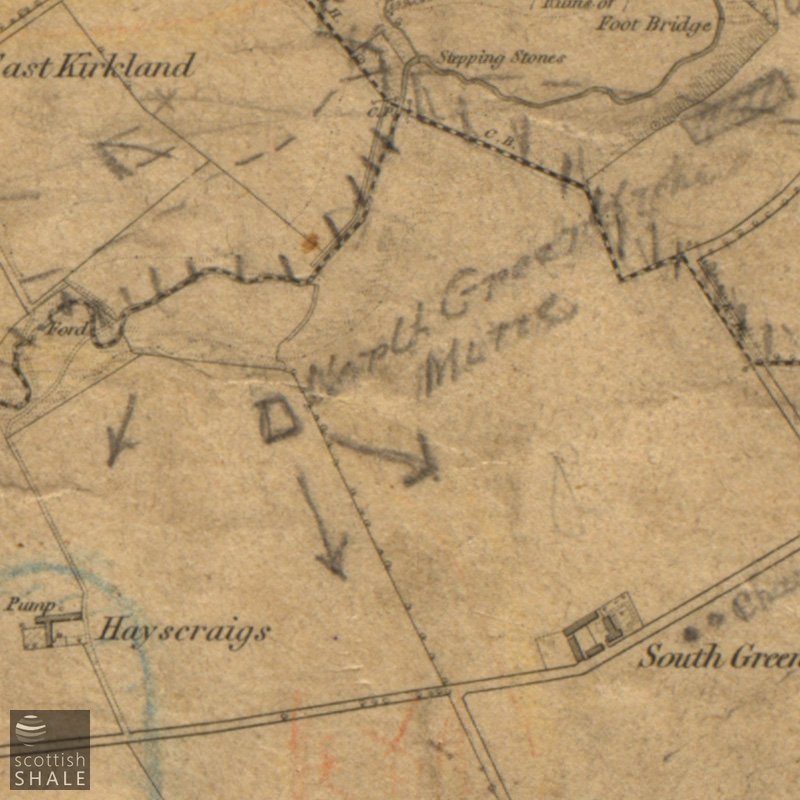 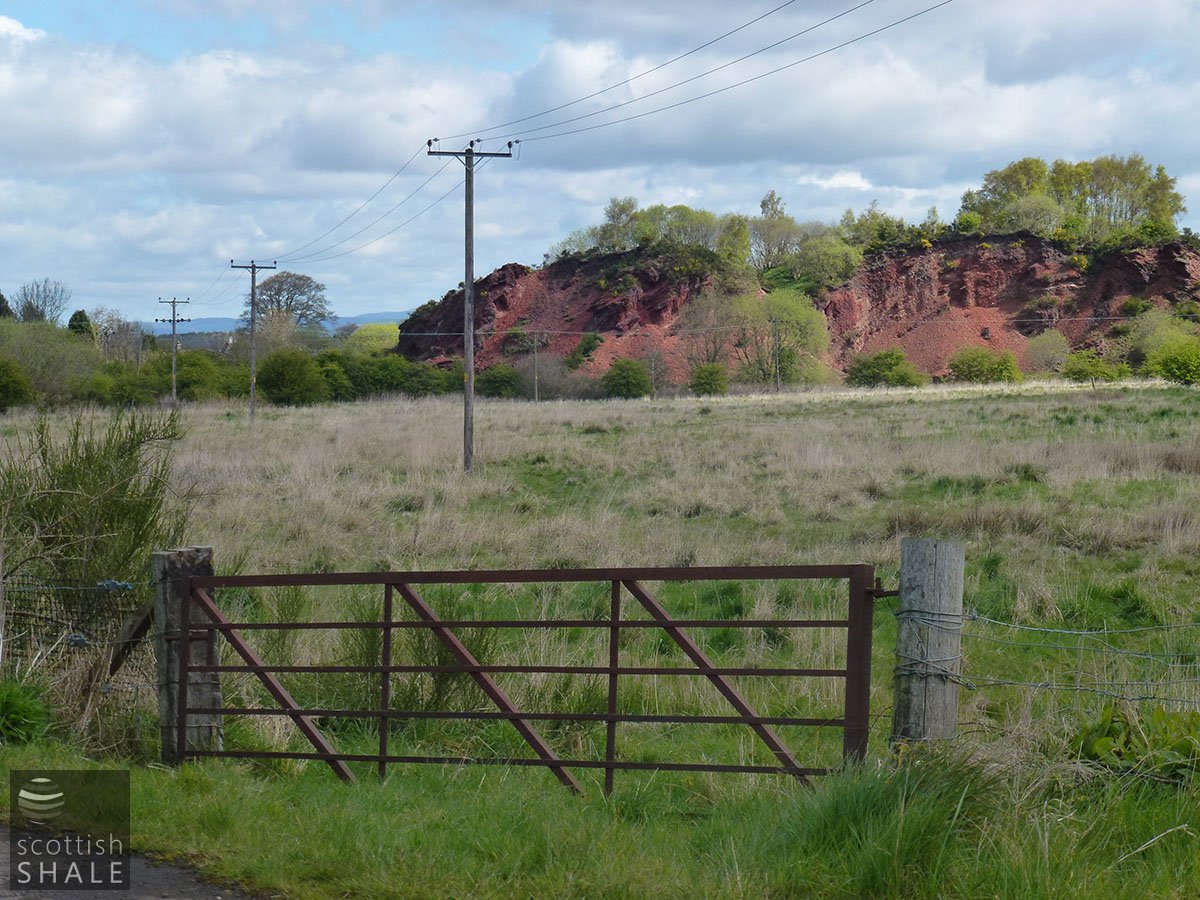 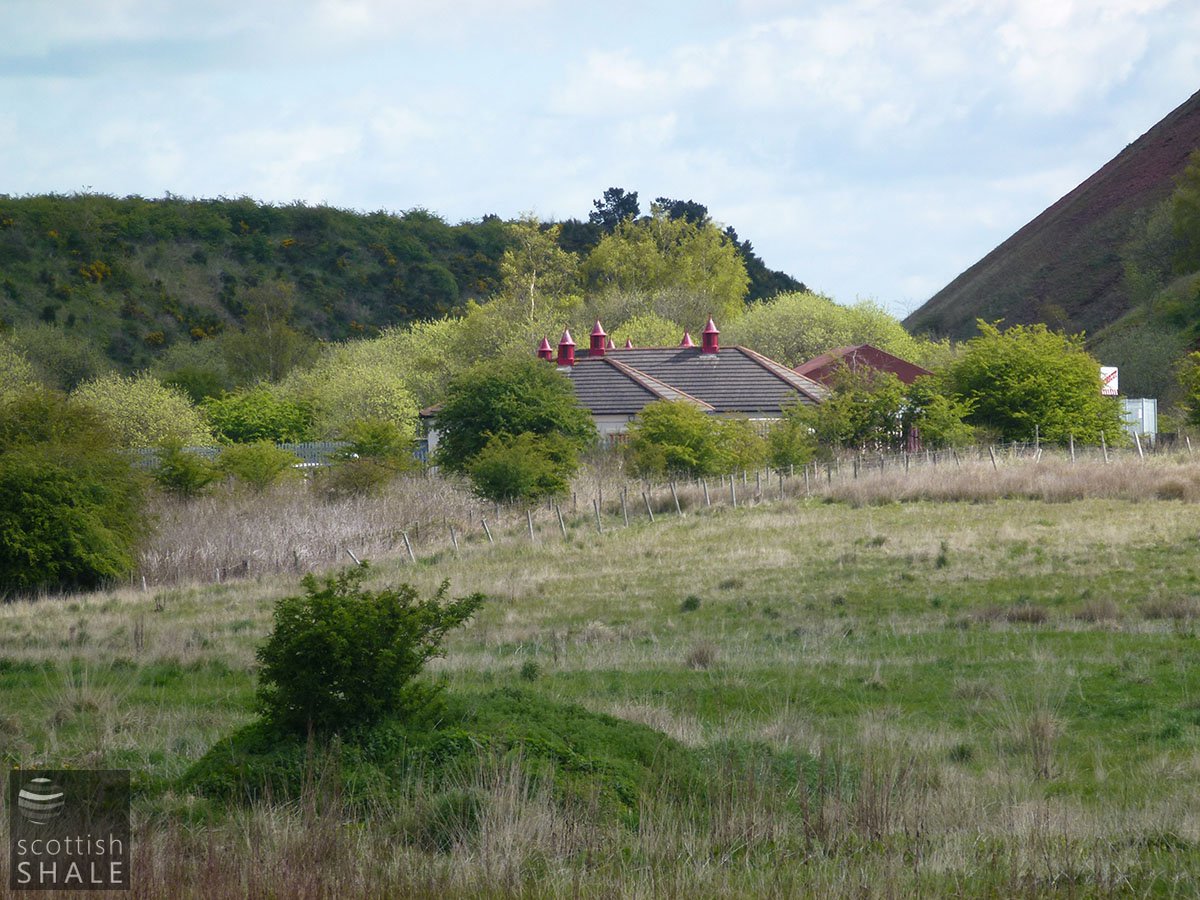 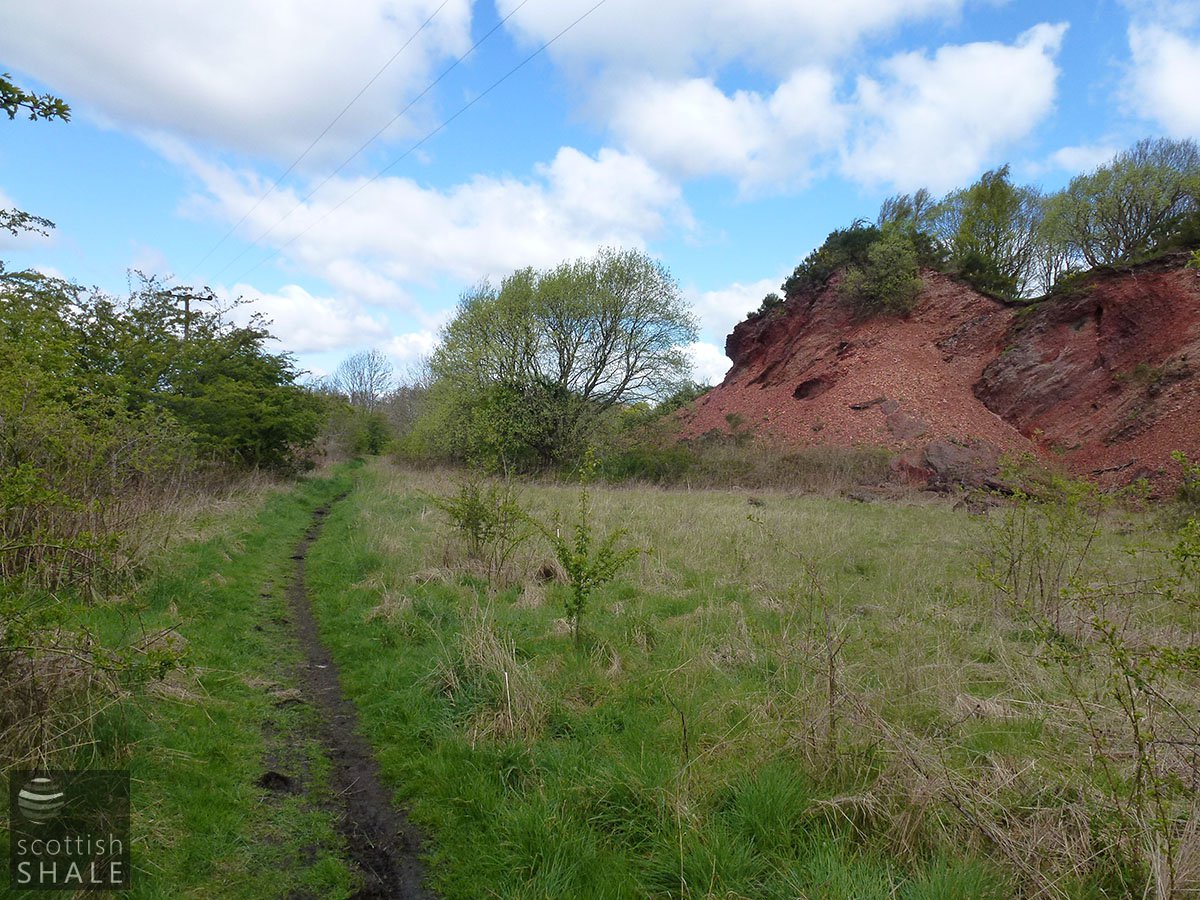 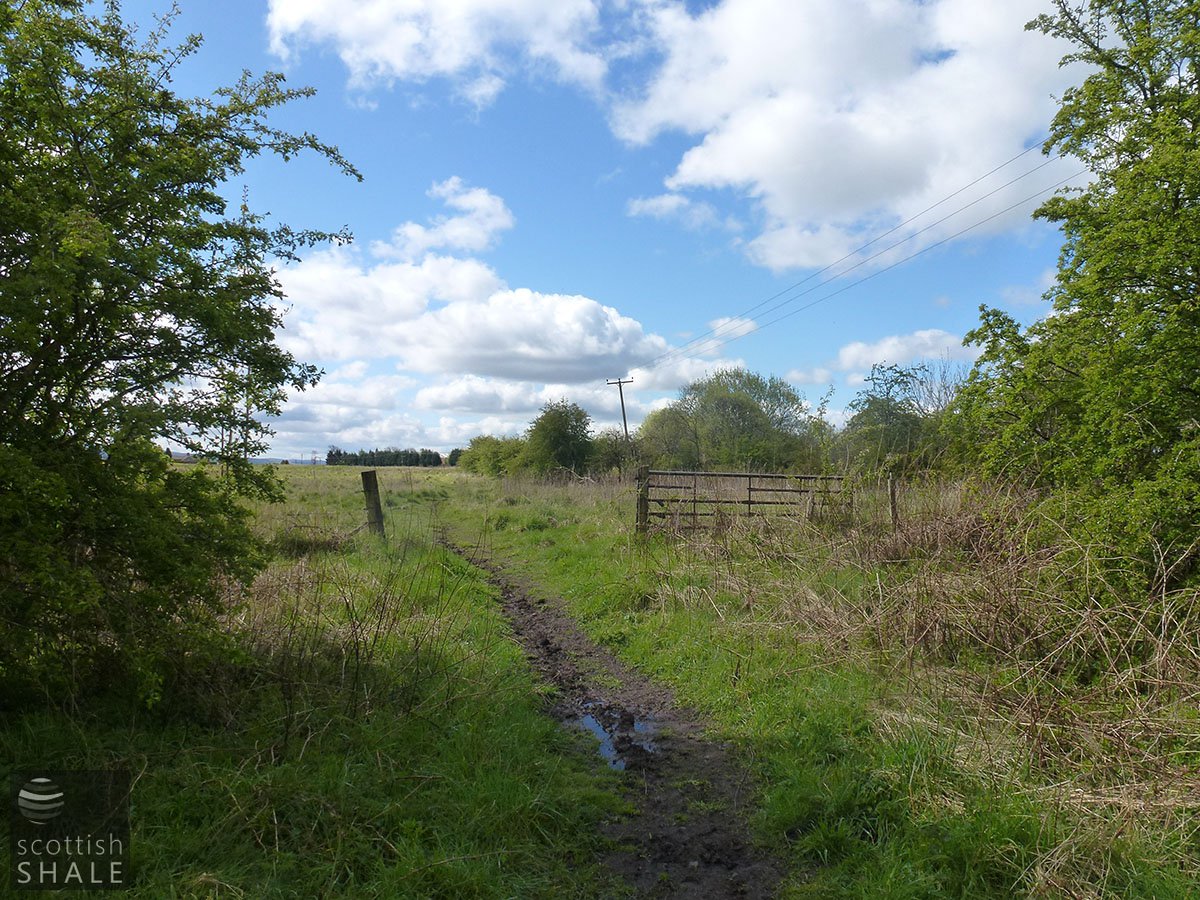 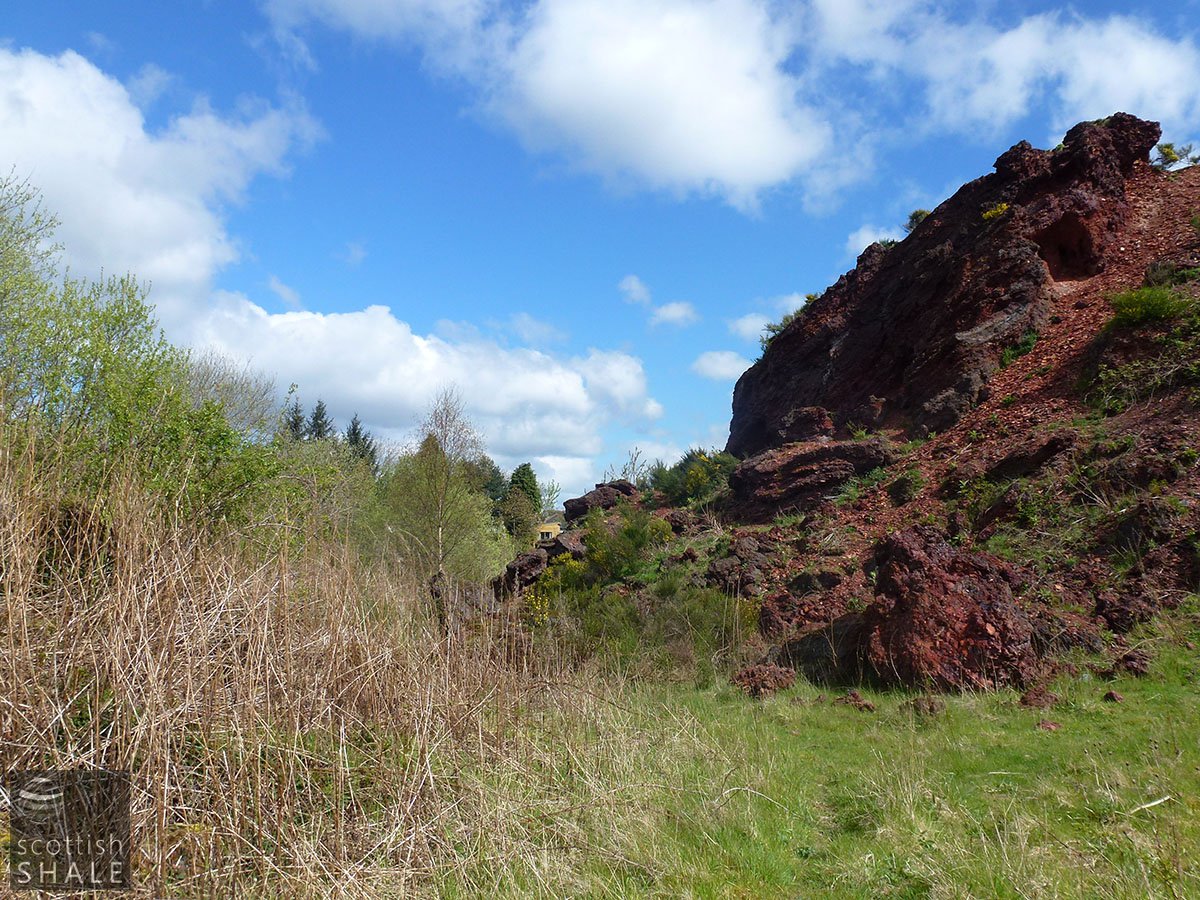 Coal Authority Mine Abandonment Catalogue No. 161, showing workings in an un-named shale 5' thick from Greendykes North, abandoned in 1874.