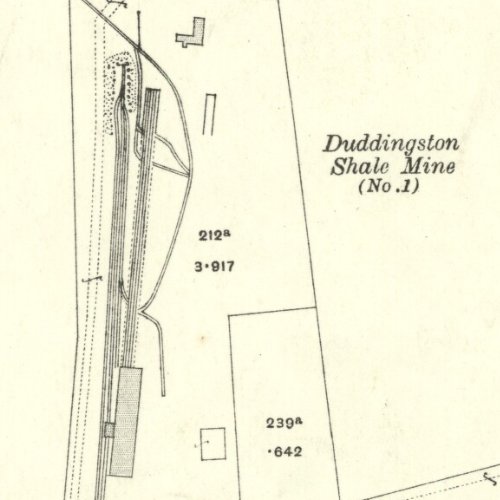 Mines driven to exploit the Camps and Dunnet Shales beneath the Hopetoun Estate, linked to Niddry Castle Crude Oil Works by electric tramway. Duddingston was the first completely electrified mine in the Scottish shale oil industry.

Mapped by the Ordnance Survey of c.1917, showing Duddingston No. 1 in production. 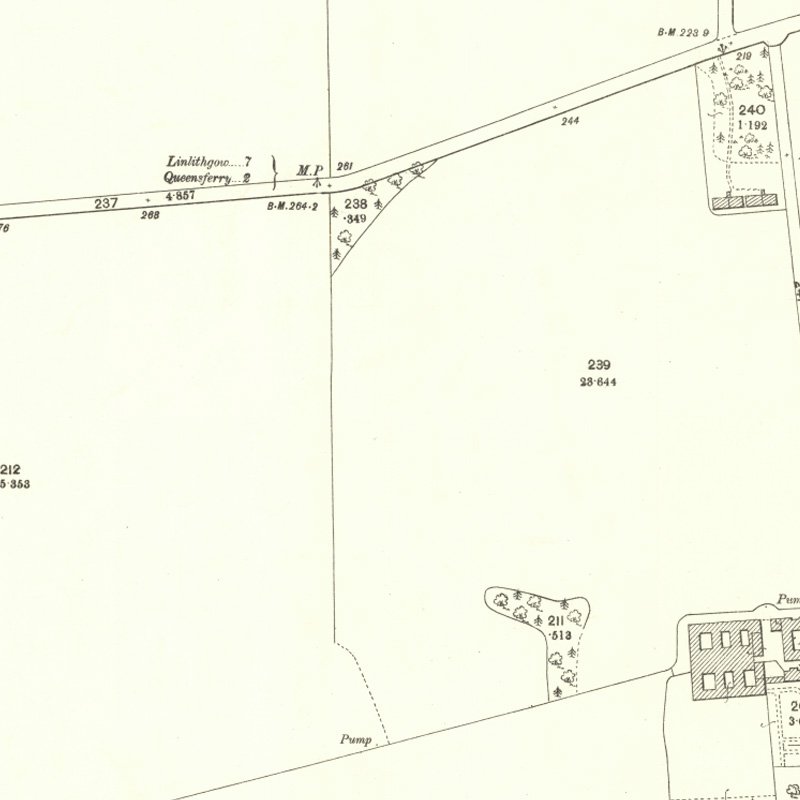 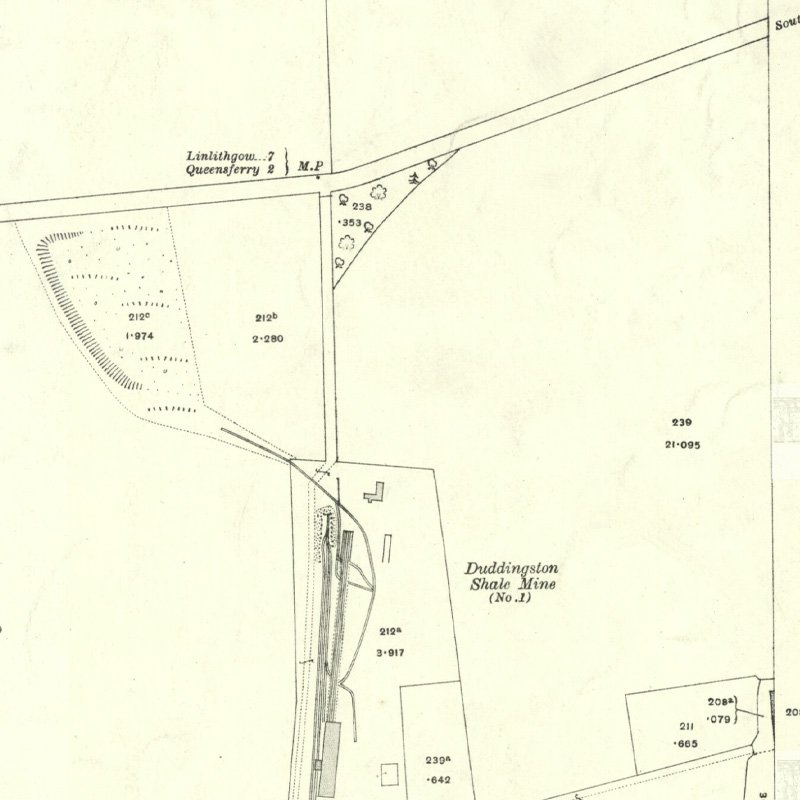 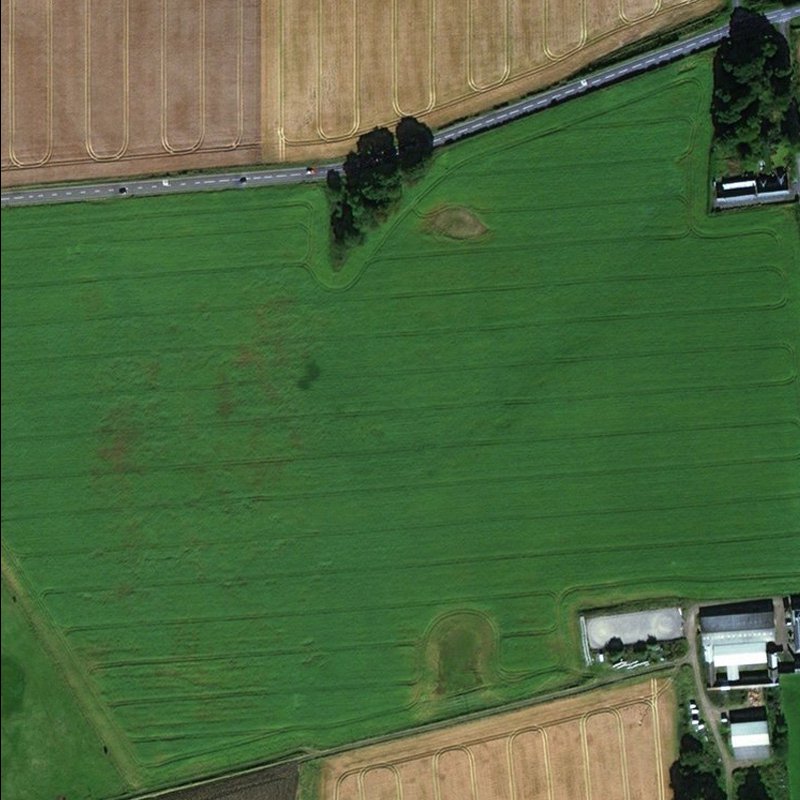 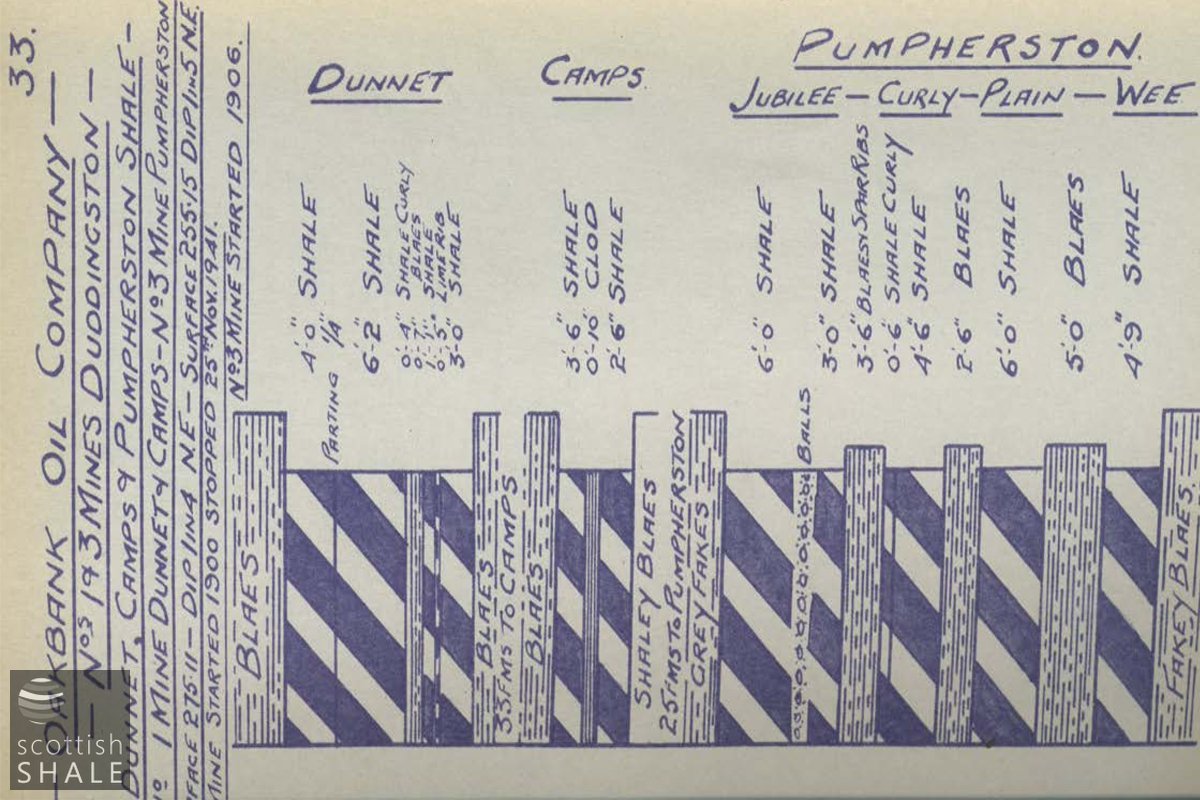 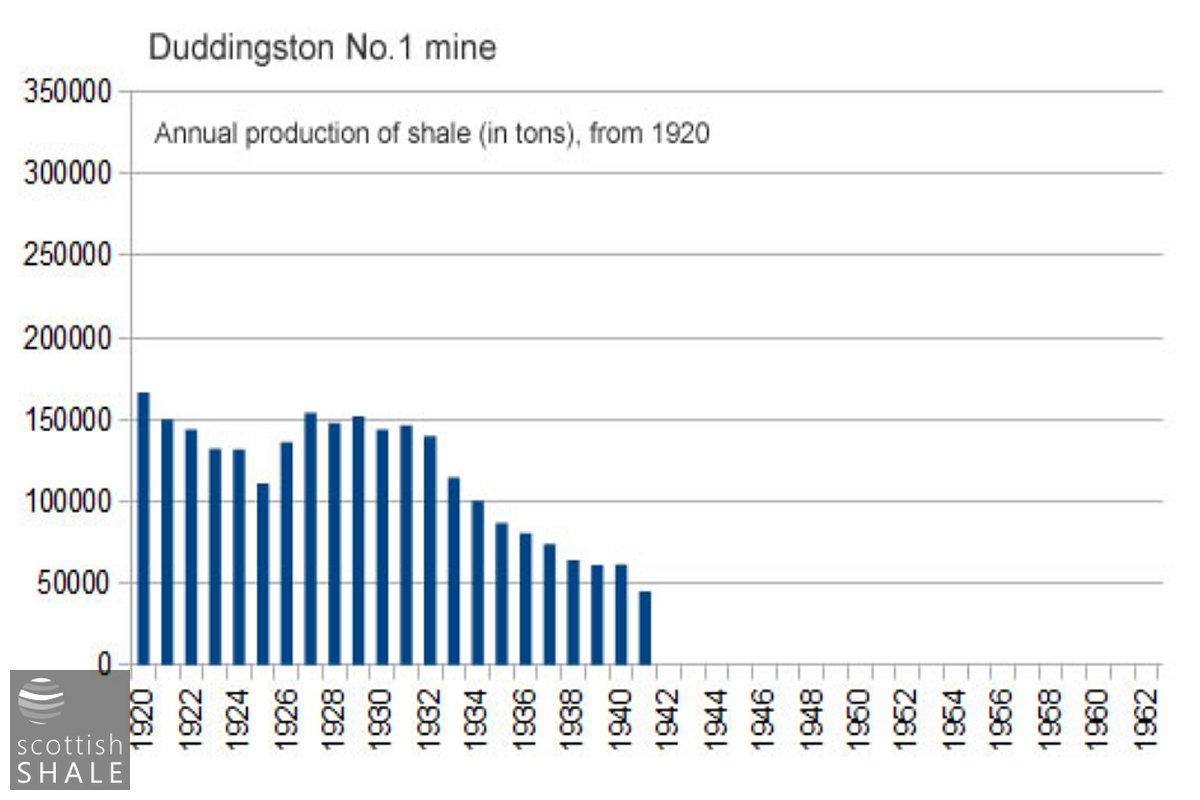 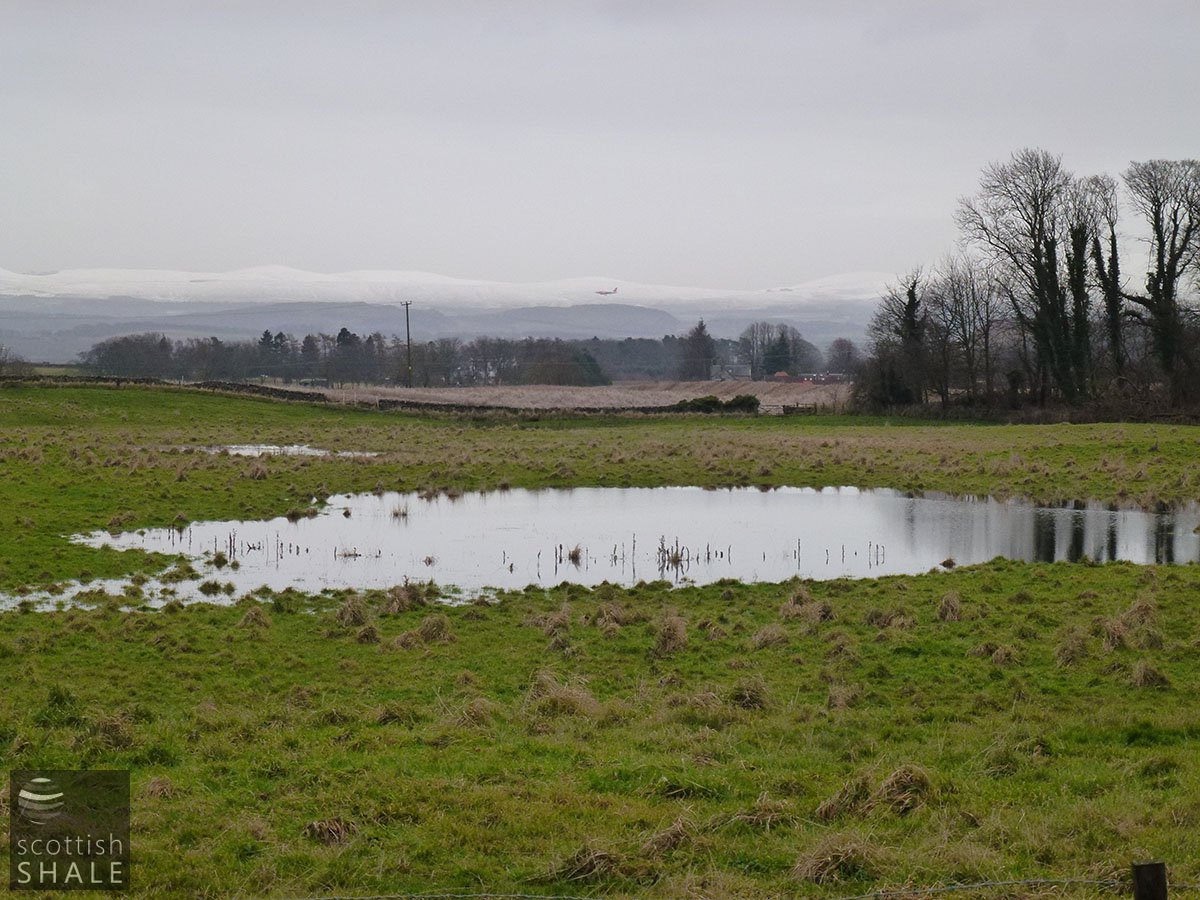 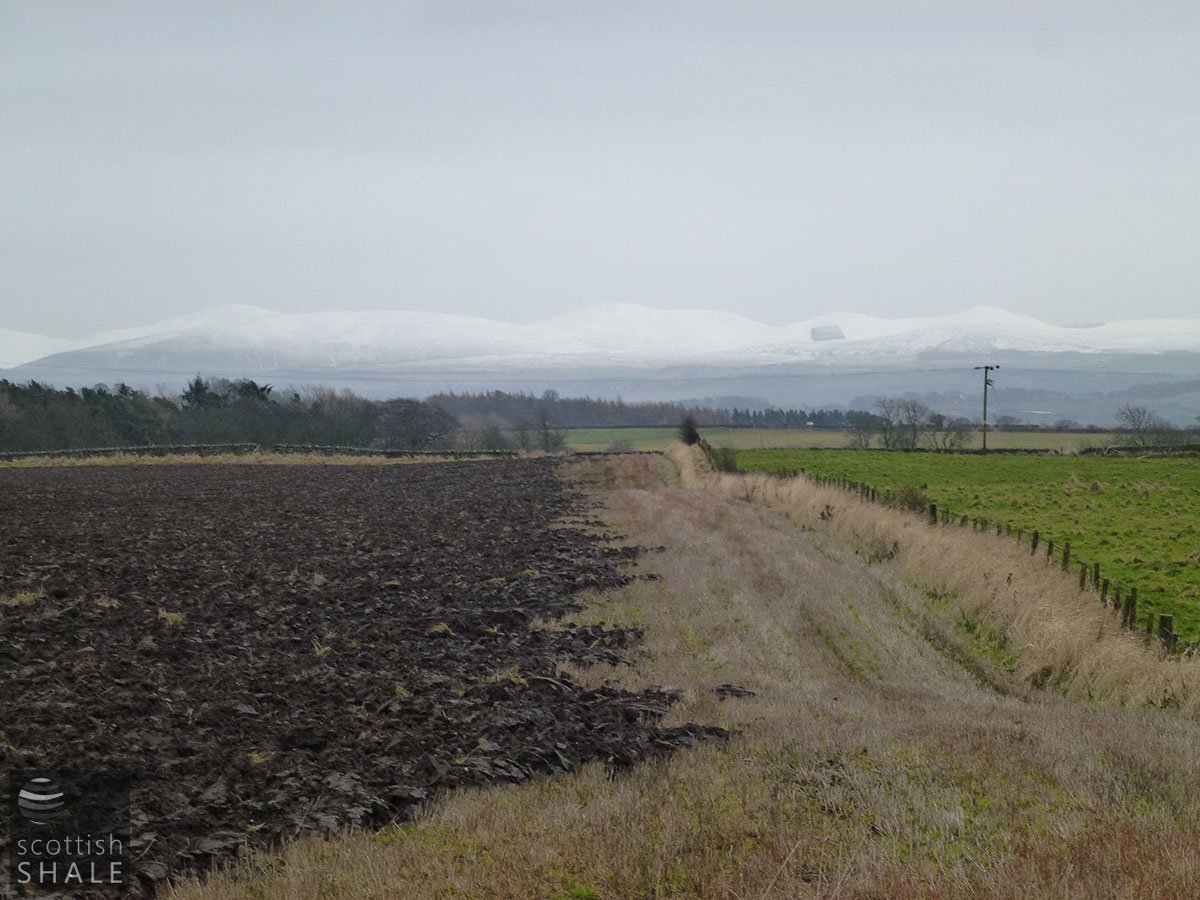 View towards site of mine (centre left) with the snowy Pentland hills in the distance. Looking south. December 2012. 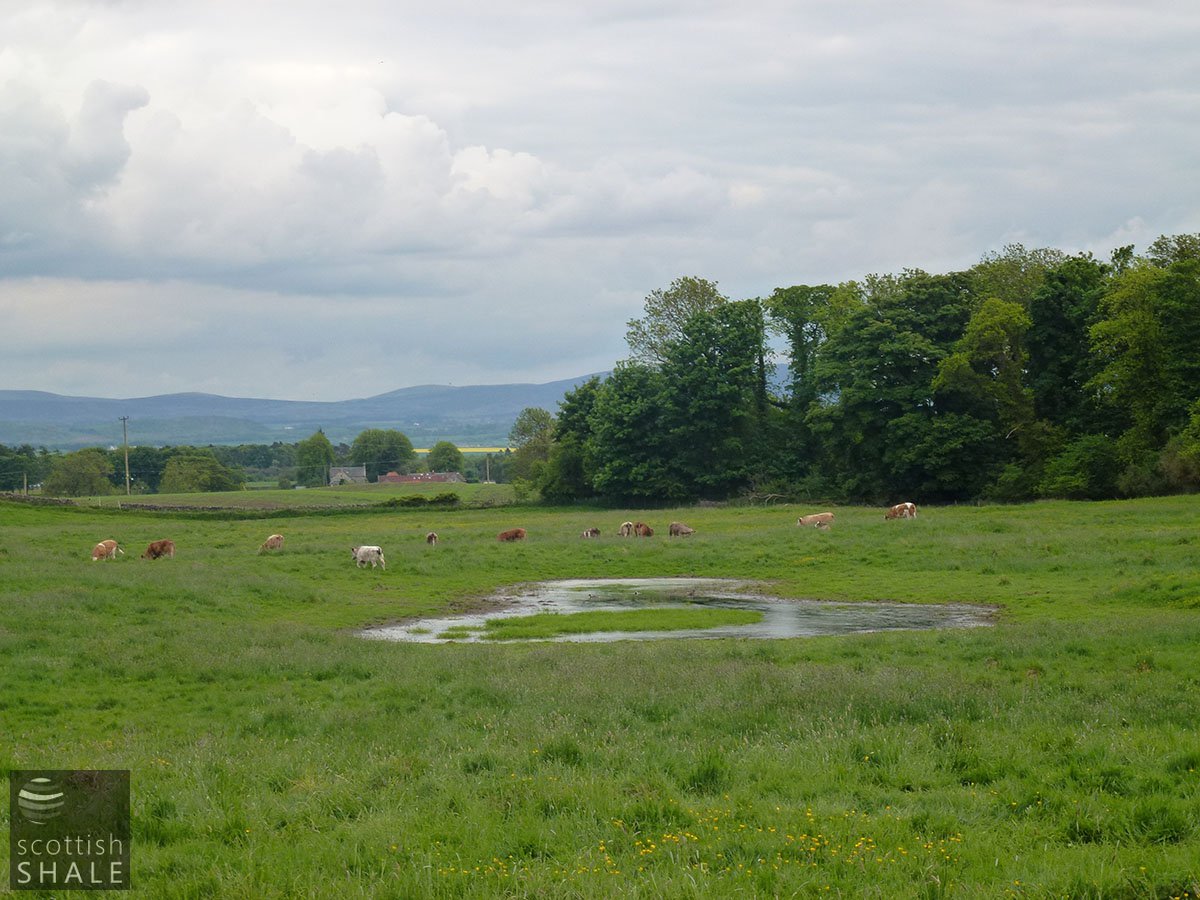 Enquiry into the deaths of George Stirret and Harry Feeney, quoted in Linlithgowshire Gazette, 5th August 1912

The Barracks seam has been reached in the section of No.1 mine where it had been cut off by a fault, and a test has given yields of 20.5 gallons of crude oil and 40.5 lbs of Sulphate, the oil yield being better than usual for this seam. (March 1924).

The Oakbank Oil Company, who some time ago obtained a lease of the shale on that part of the Hopetoun estate between the village of Winchburgh and the Firth of Forth, have sunk two pits near the village of Duddingston. The shale covers a large area, and the seam is a thick and rich one. The company are at present erecting a block of houses in tlie neighbourhood of the mines to accommodate a number of their workmen engaged there, and are also making preparations for the erection of crude oil and sulphate of ammonia works near the ruin of Niddry Castle. The works and the mines, which will be two miles apart, are to be connected with a railway. Sixty houses have also been erected in the village of Winchburgh, and the School Board are contemplating an extension of the Winchburgh Public School to give accommodation to tho additional children that will require to be provided for.

Coal Authority Mine Abandonment Catalogue No. 13131, showing workings in the Barracks and Dunnet Shales from Duddingston No. 1 and No. 2, abandoned in 1941.