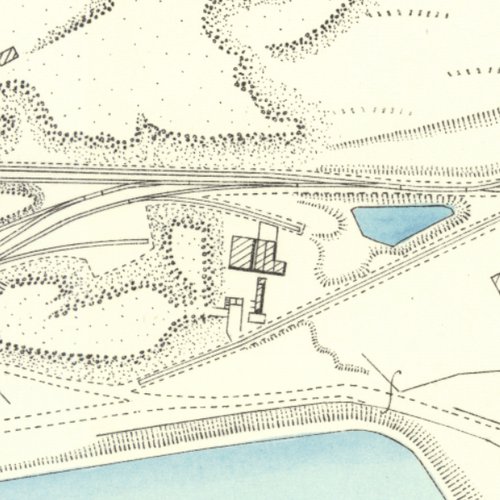 No. 1 Pit appears to have been sunk to exploit the Houston Coal. A cross-cut mine was then driven from the coal workings to access reserves of Fells Shale. This shale was also exploited by Addiewell No. 2 Pit, Addiewell No. 5 Pit and Addiewell No. 6 Pit, and presumably their workings linked underground. These workings seem to have been extended north eastwards, by means of cross cut mine through a fault, to a small area of Fells Shale beneath Tenantsmarch, which in turn was linked to the workings of Polbeth No. 10 Pit. Mining plans suggest that Houston Coal workings were abandoned in 1867, but that Fells Shale continued to be worked until 1883. A report from 1870 (see snippets) indicates that the shaft of No. 1 was used to pump water from No. 2 Pit into the nearby reservoir.

See "Early mines and pits in the Addiewell area for further background.

Surface features of the pit seem survived in a disused condition when mapped by the Ordnance Survey in c.1893. 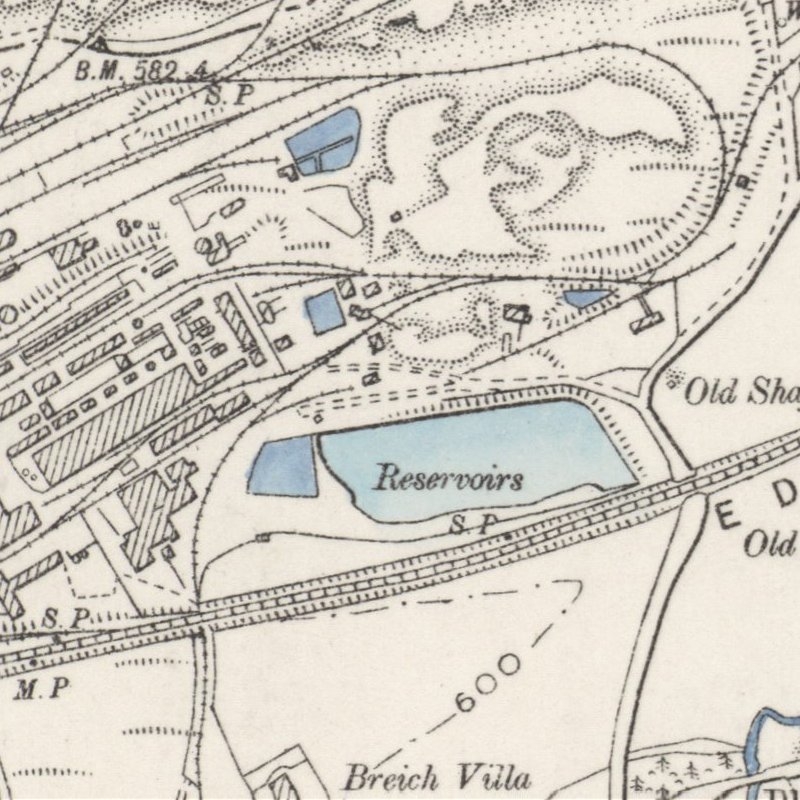 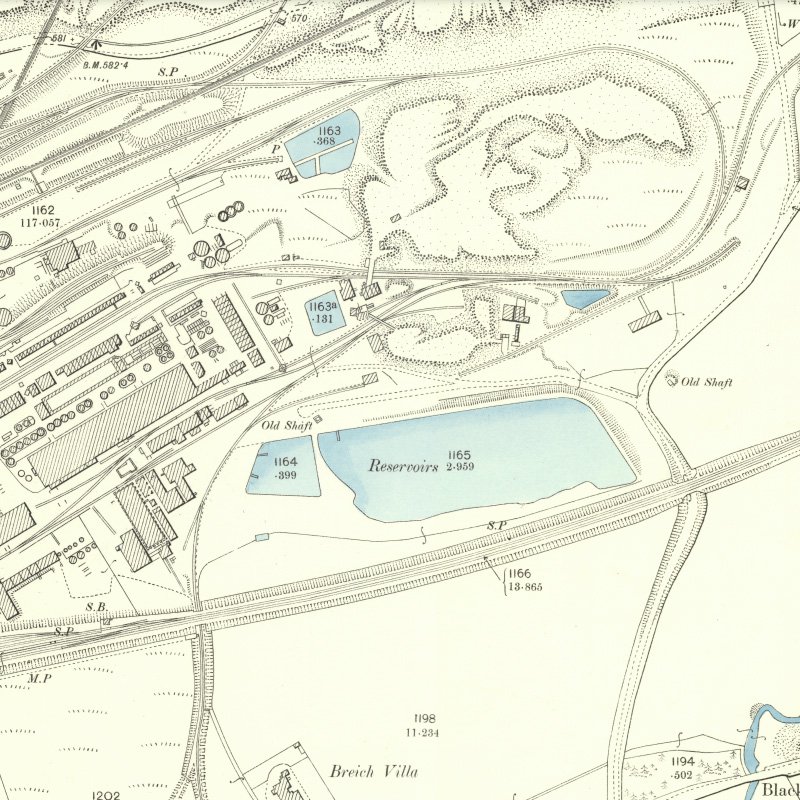 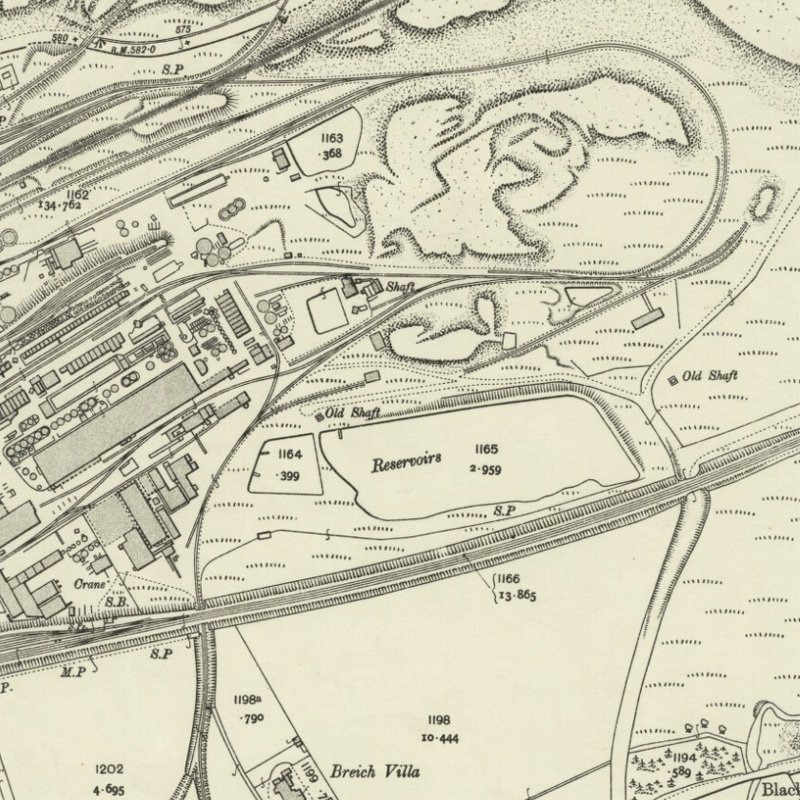 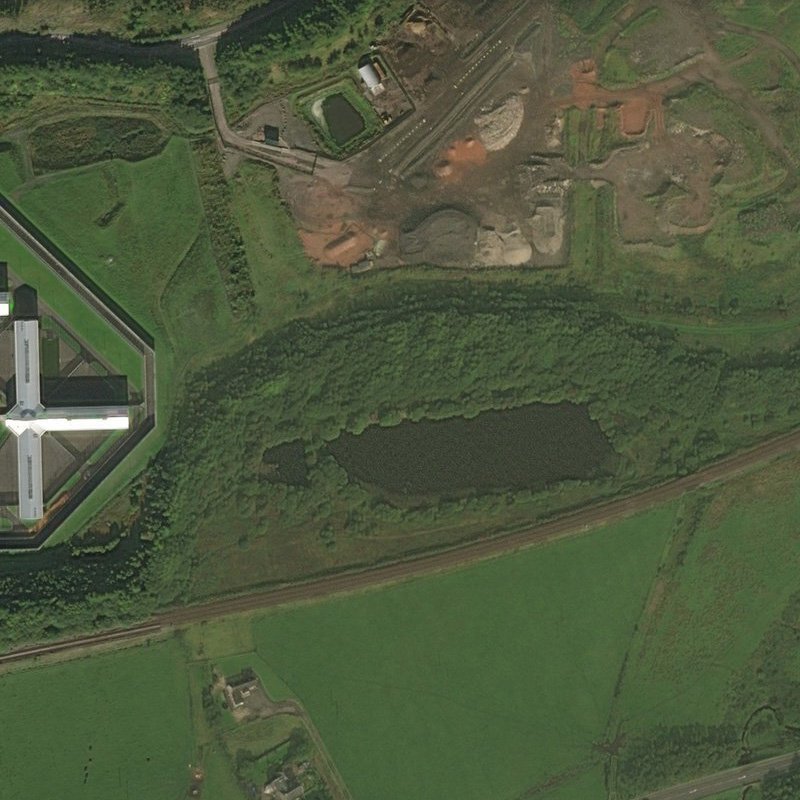 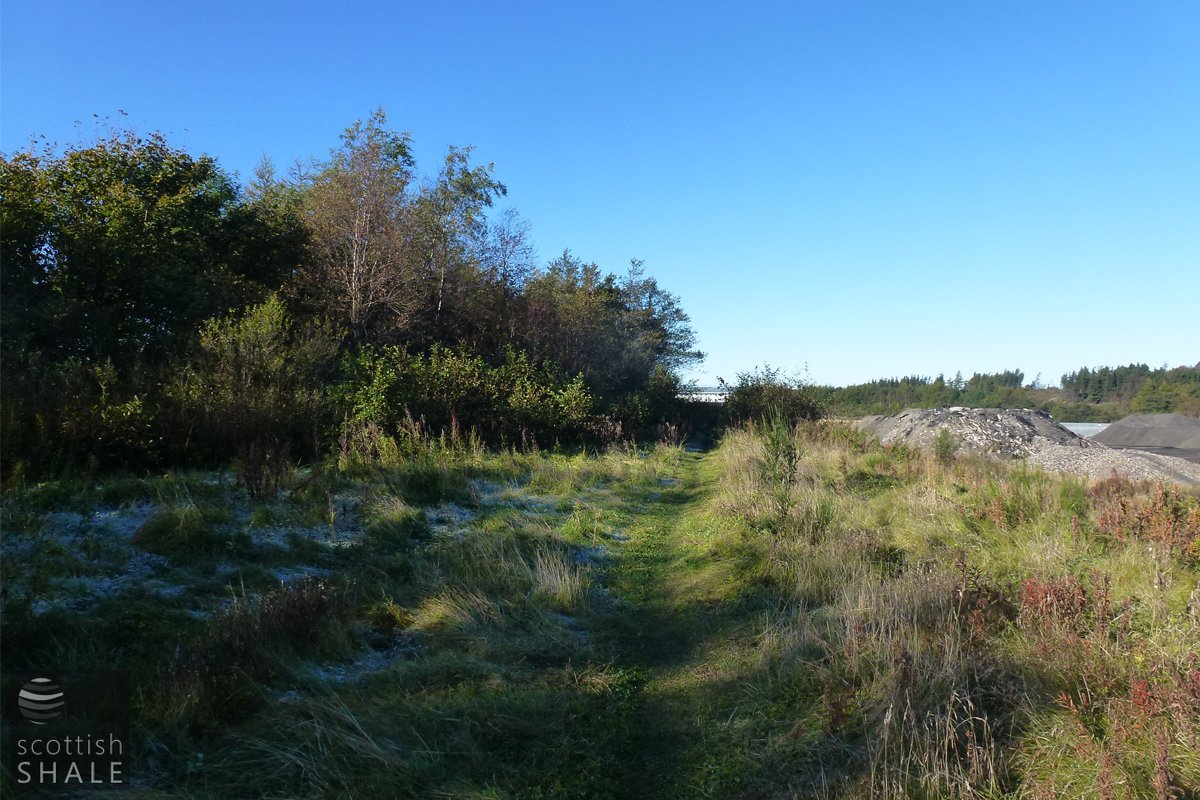 Approximate location of No.1 Pit. Landscaping work following the quarrying of Addiewell bing have left ground levels much higher that originally the case. Looking west. September 2012. 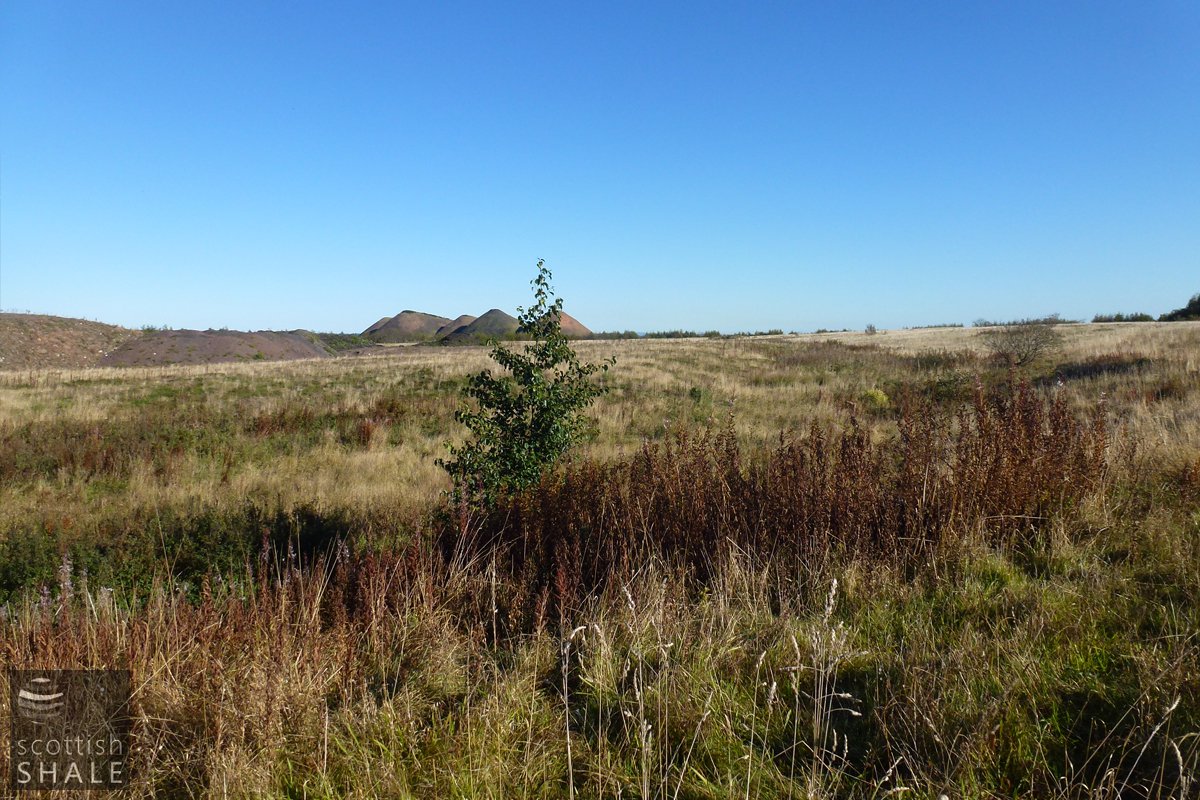 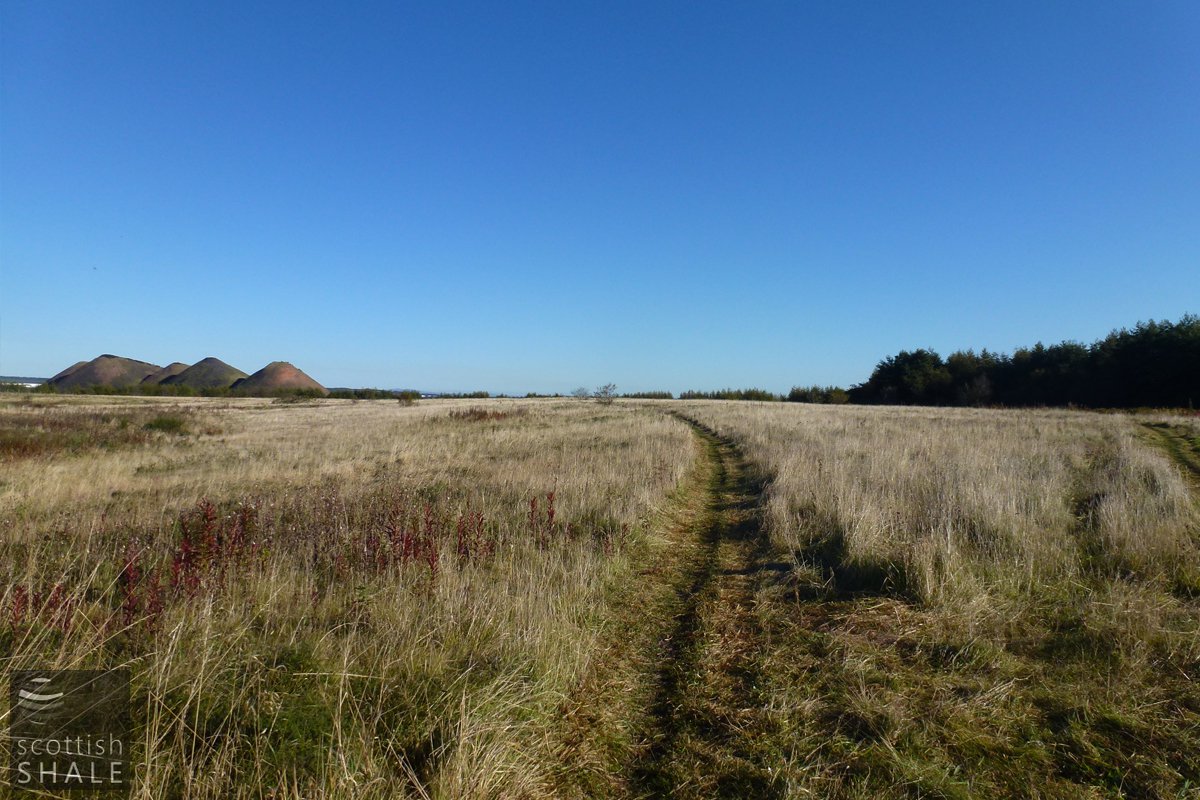 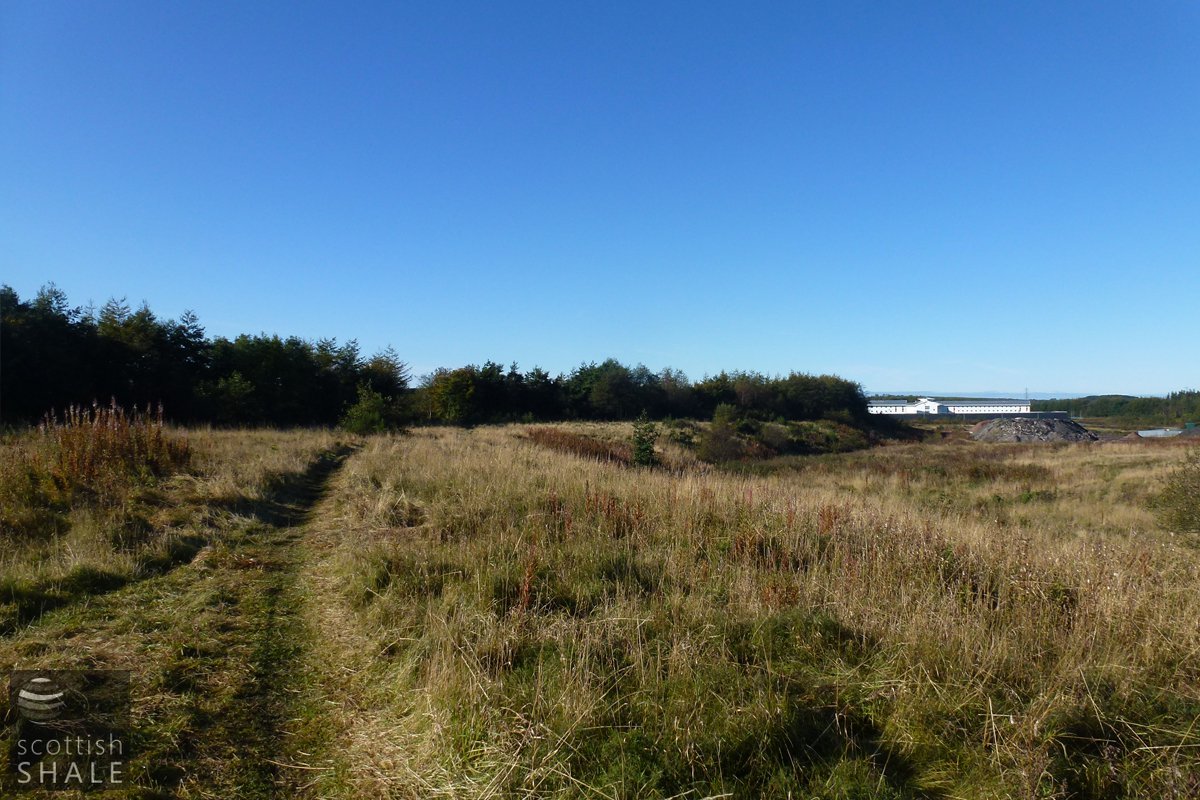 September 2012. Looking south east with HMP Addiewell in the background.

No.1 adjoining is in communication with No.2 below, and the water which accumulates in both pits is extracted by a powerful pump, which, operating by three lifts in the shaft of No.1, pours out perpetually a cascade of water into a pond near at hand. From this pond the steam power of the huge chemical works hard by is supplied with abundance of water - a most convenient circumstance during the recent very dry season.