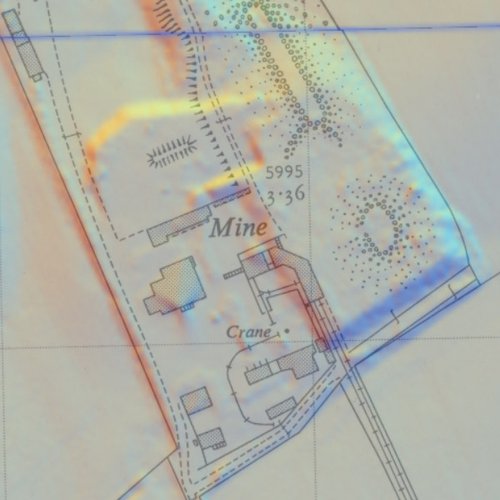 The mineral rights of the area, held by the New Hermand Oil Company Ltd until its liquidation in 1903, were eventually purchased by the Pumpherston Oil Company Ltd who developed Breich No. 1 and No. 2 Pits to supply shale to their Seafield Crude Oil Works, about a mile to the north. The Dunnet Shale was worked at a considerable depth, and the pits were notable as being amongst the earliest to employ electricity for winding and ventilation, power being supplied from a generating station at Deans Crude Oil Works. Shale was transported to Seafield by an over-ground haulage.

The pits appear to have ceased production on closure of Seafield works in 1926. Prior to World War Two, the pits were fully reconstructed and a range of innovations introduced including mechanised shale cutters and shaking conveyors. A new haulage was constructed to transport shale to the new Westwood Crude Oil Works, about a mile to the south. The pits, also referred to as Mid Breich, remained in production almost until the closure of the industry. 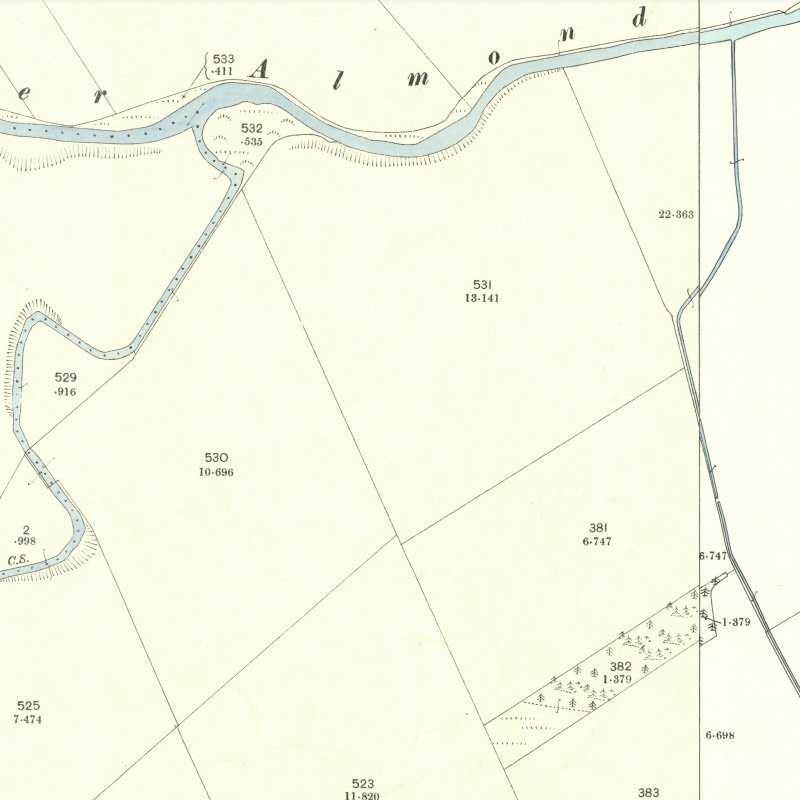 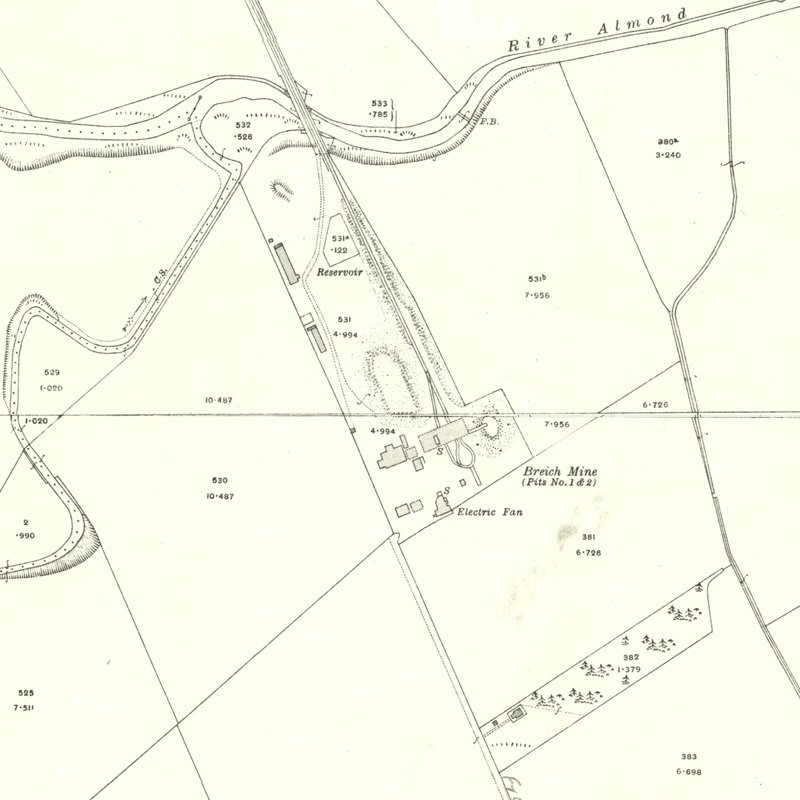 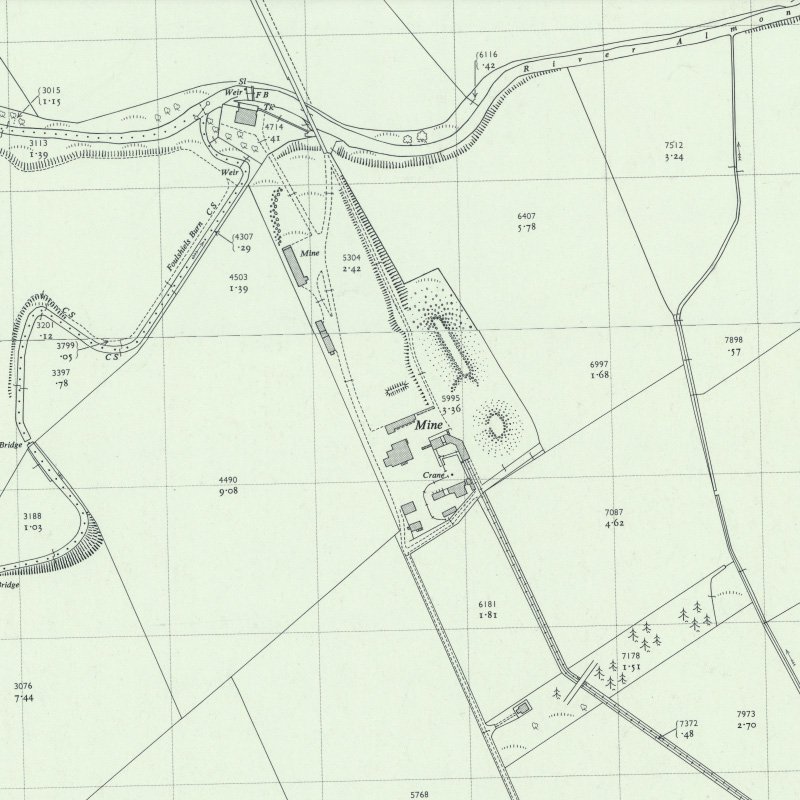 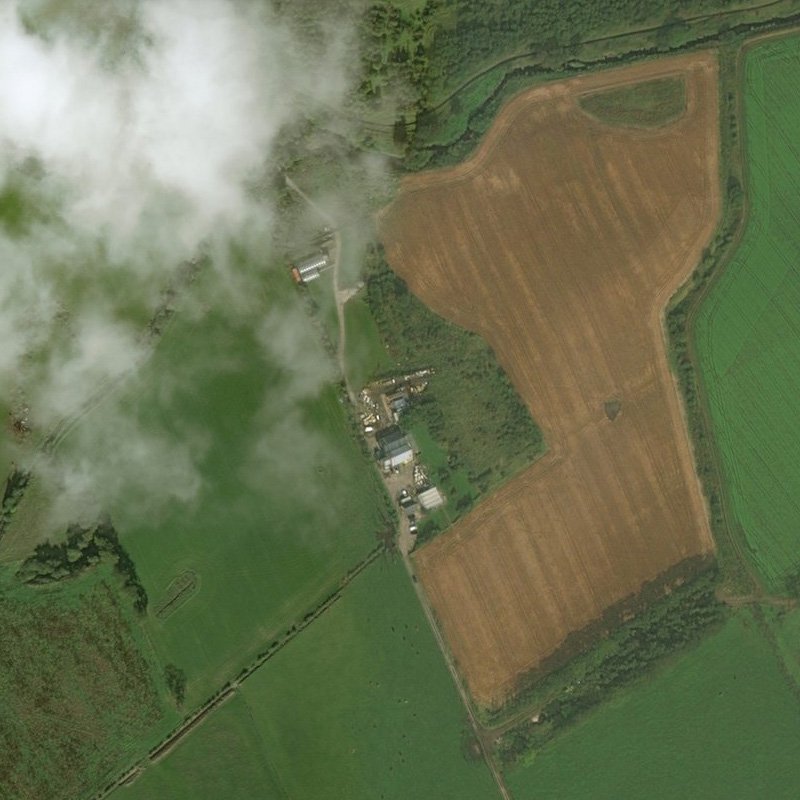 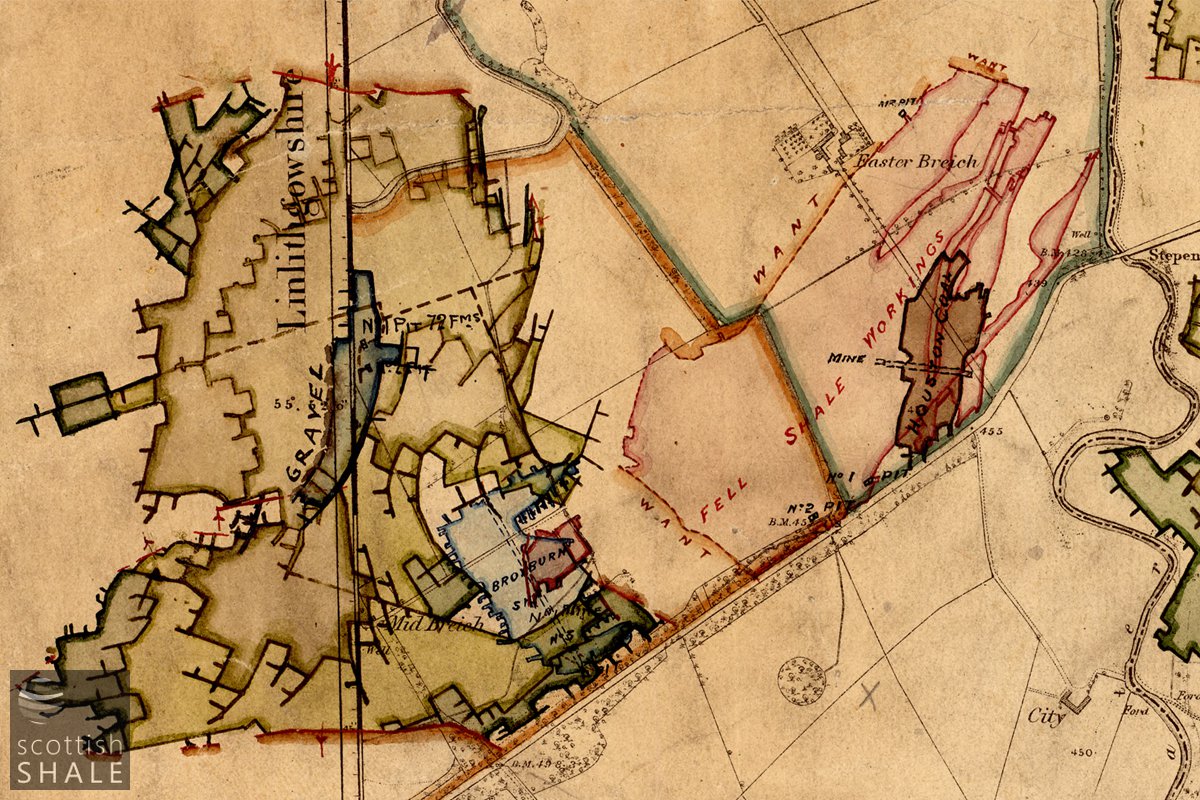 Sketch plan showing showing the extent of Dunnet Shale (olive) and Broxburn Shale (pink) workings from Breich No. 1 & 2 (and other workings), part way through the life of the pit. (courtesy British Geological Survey LSP 461, 16370-01). 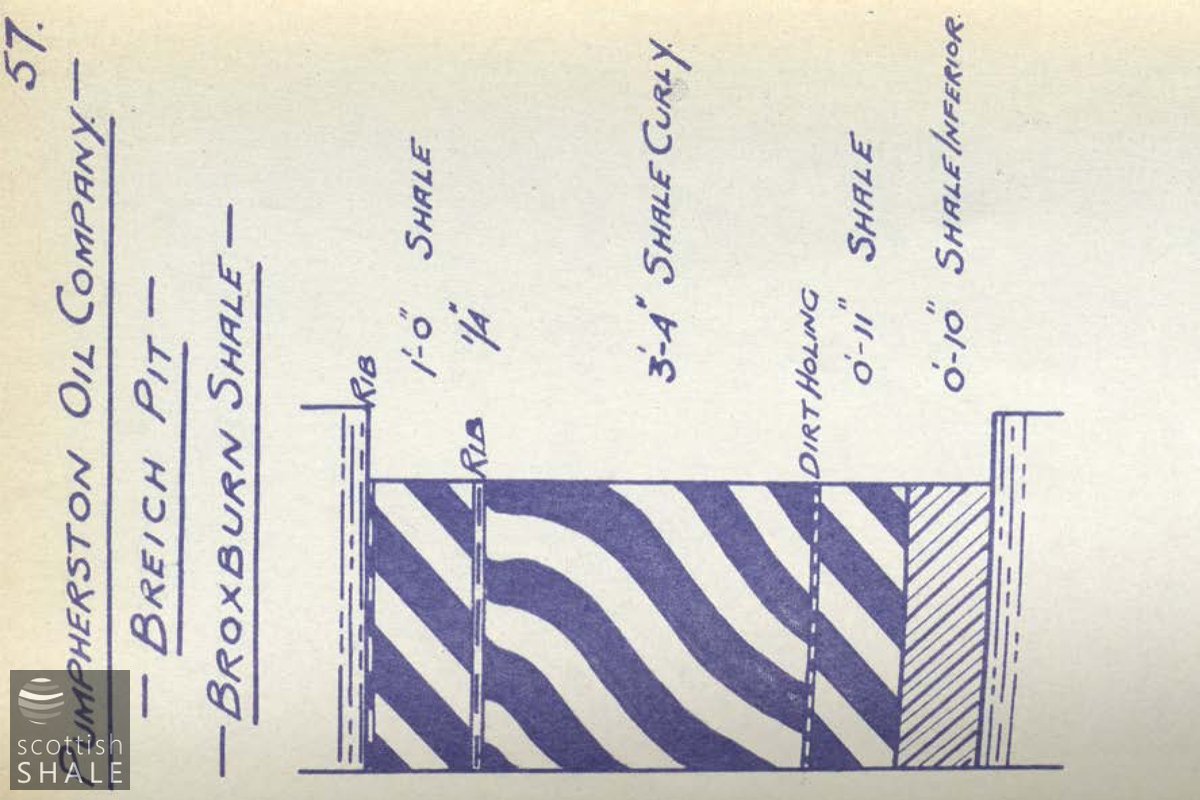 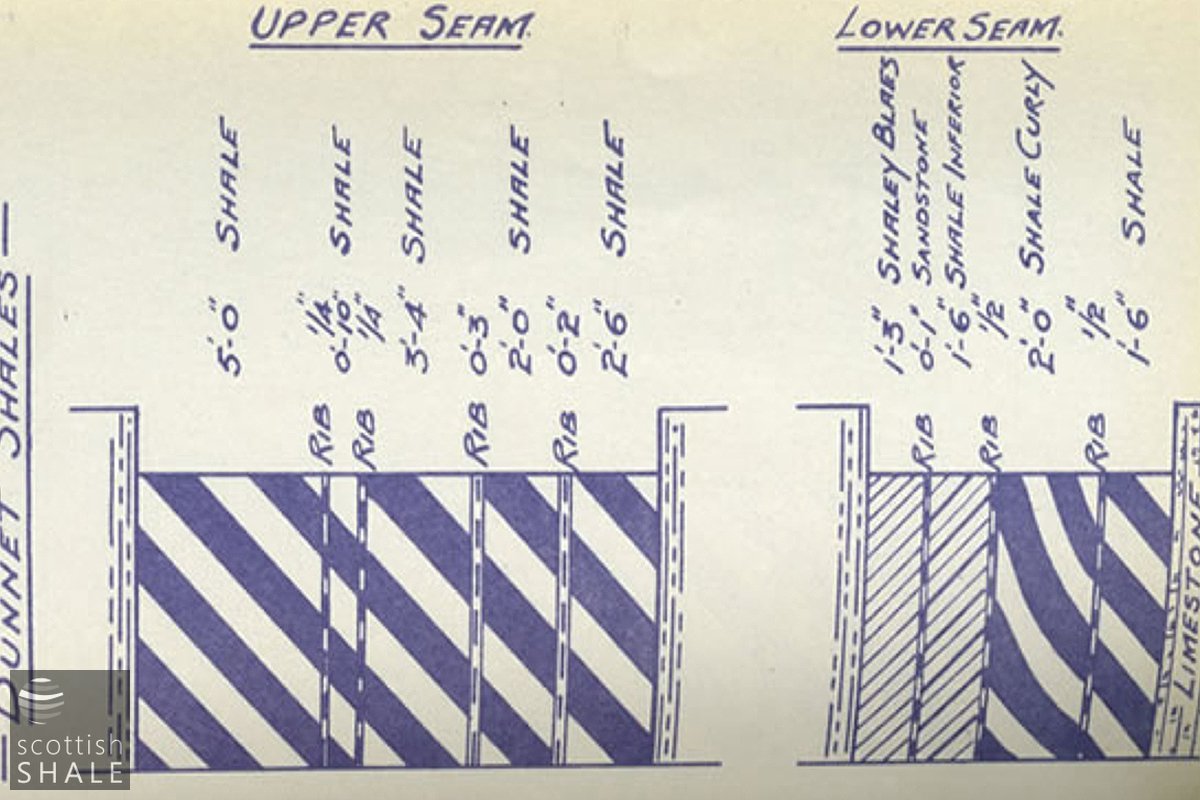 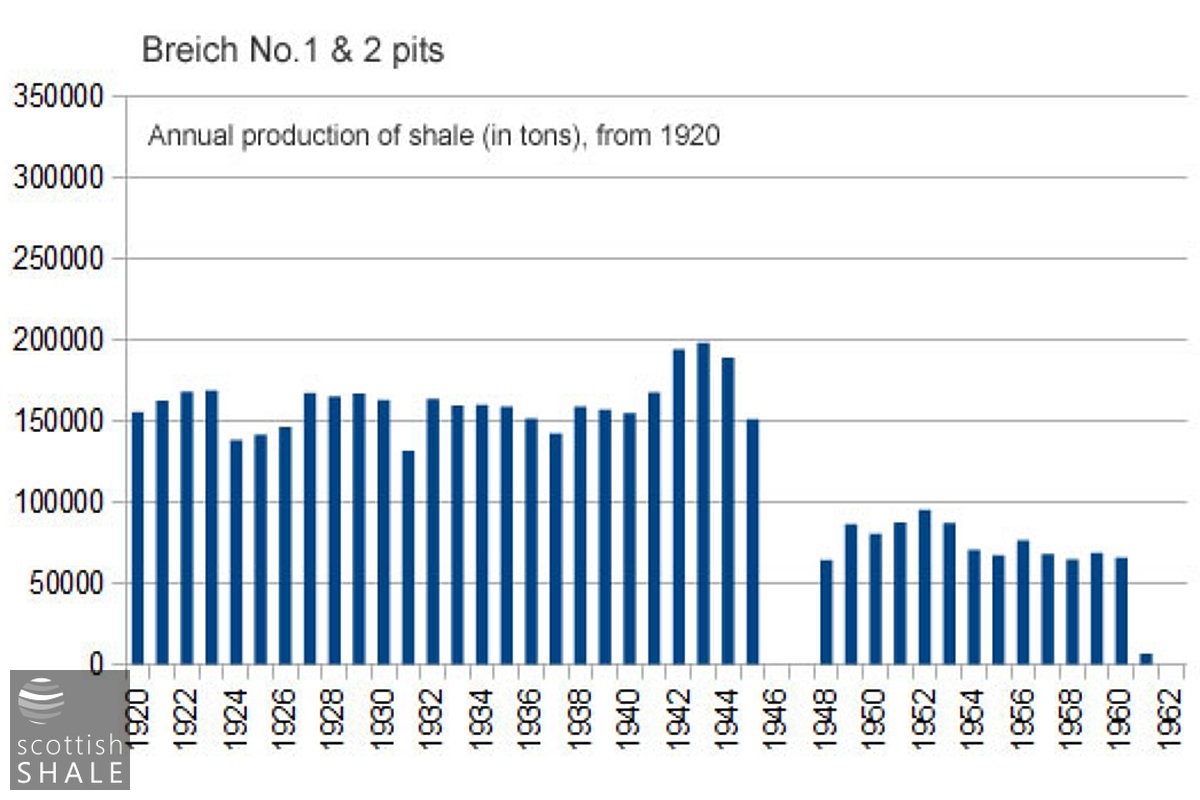 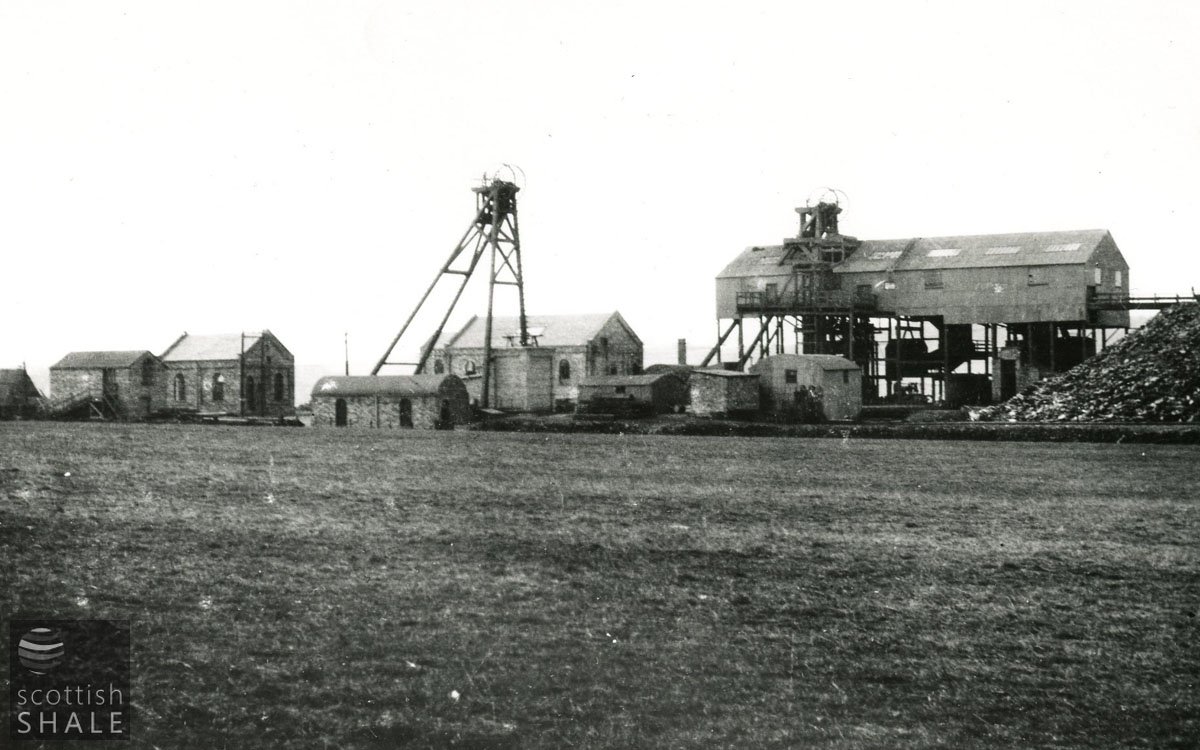 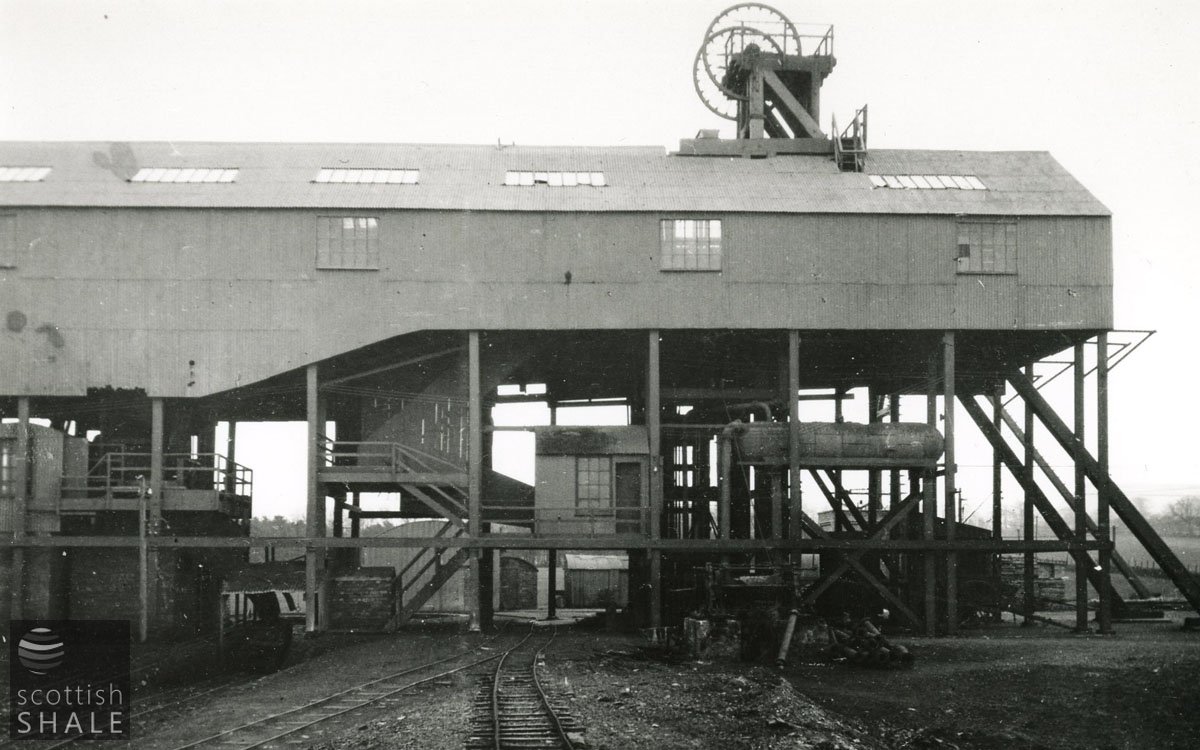 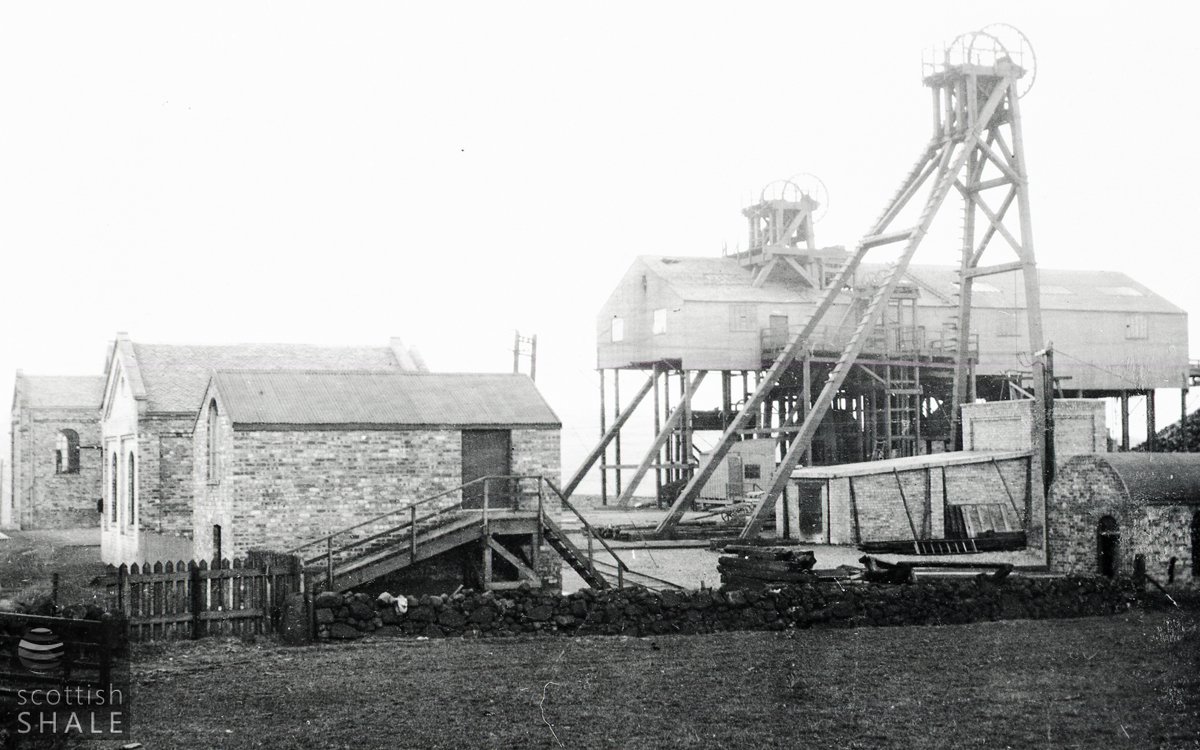 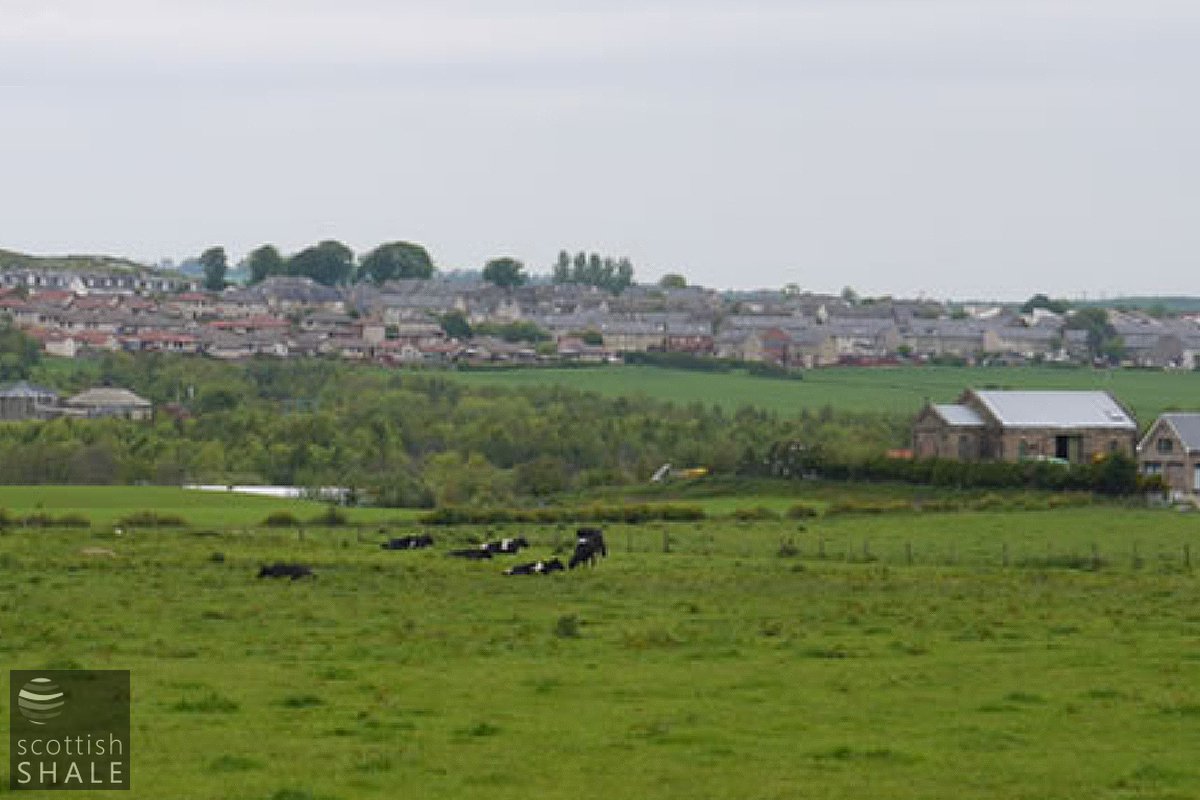 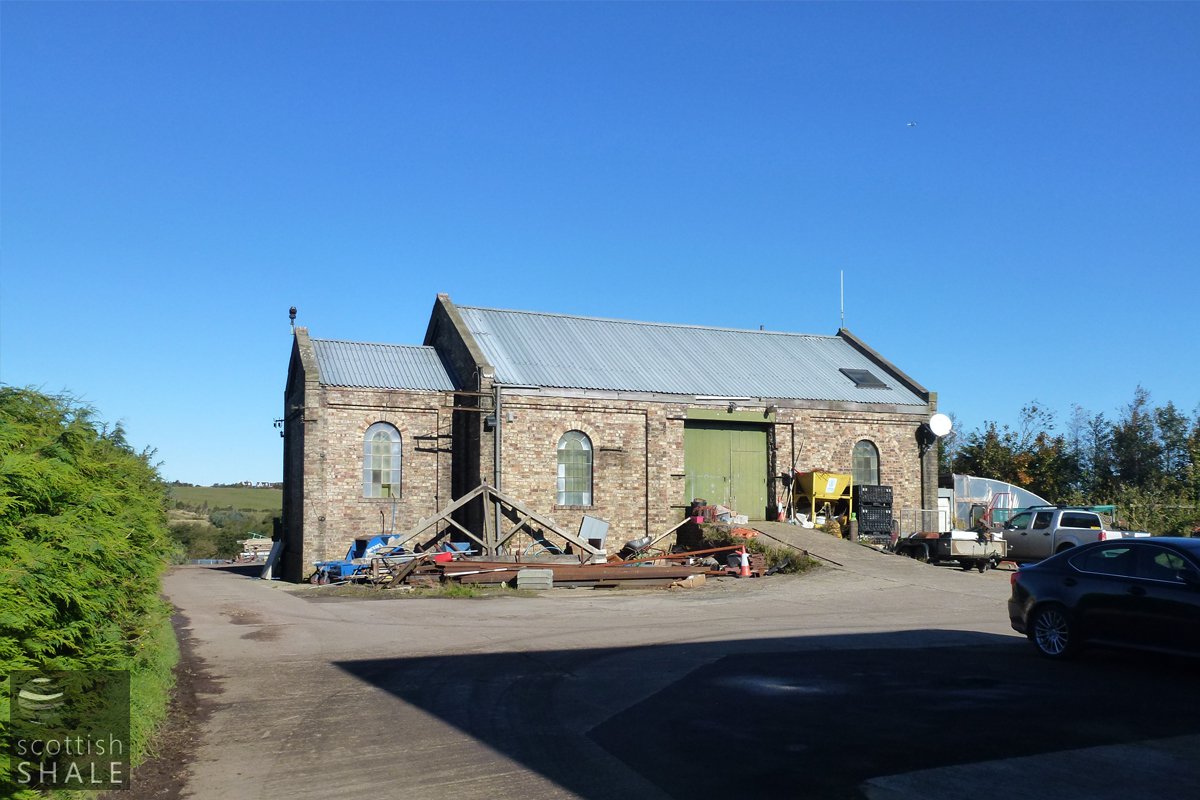 Building reconstructed on the site of the electricity substation, used as a home or office. Looking north. 1998. 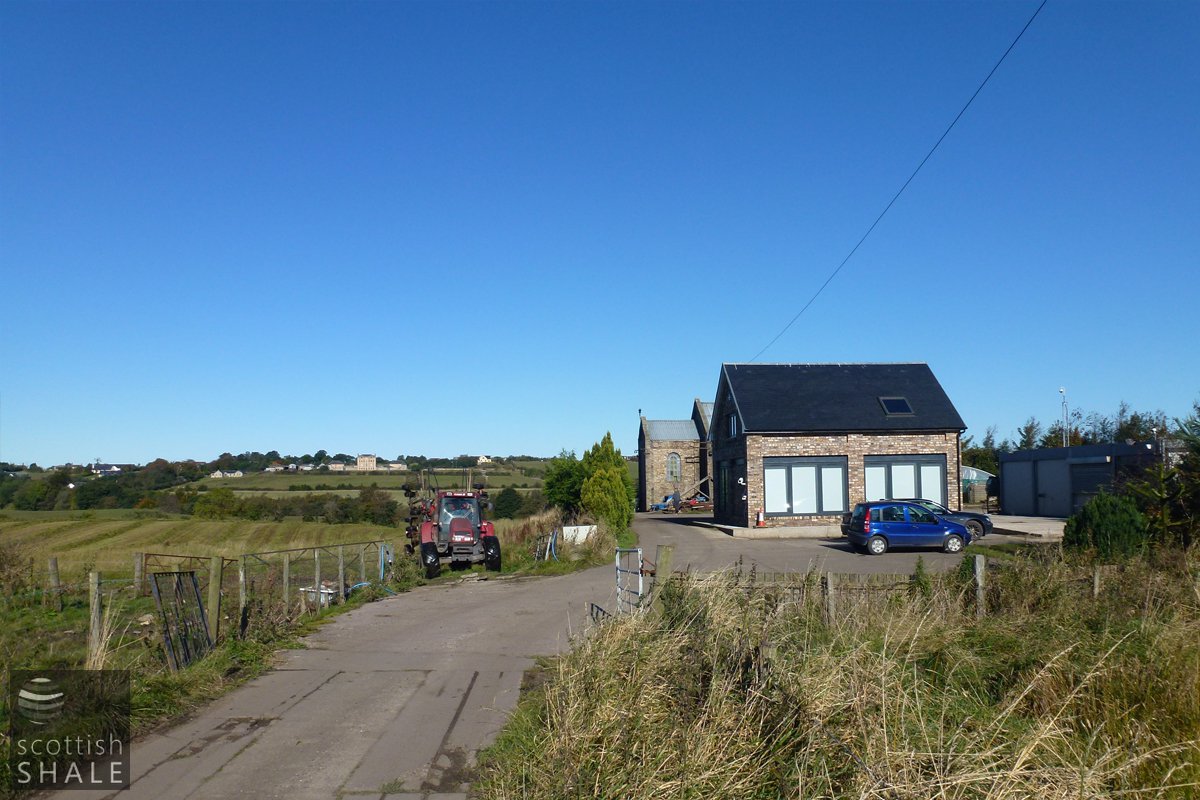 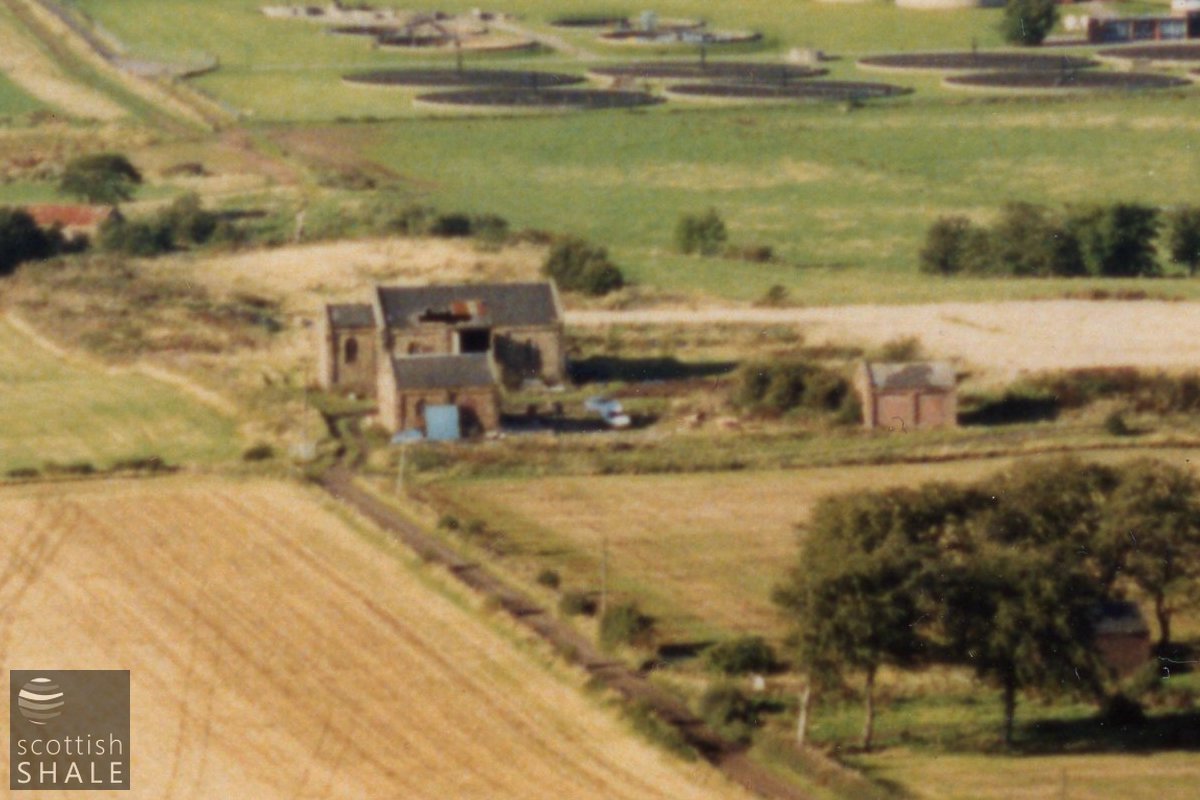 View of the mine buildings from the five sisters bing, photographed c.1992

The Pumpherston Oil Company, one of the principal concerns in the country, having acquired the works of the New Hermand Company, West Calder, are at present sinking a new pit in proximity to the works at Breich, and this promises to give an impetus to industry in the district.

Operations are also proceeding on the Breich properties of the Company, where two shafts are being sunk to the Broxburn and Dunnet seams which are known to underlie the estate and in this way the company is able to obtain an ample supply of high-class shales for their Seafield works. The Breich field has been thoroughly tested by bores, and it is only a question of a few month's time before the bottom or Dunnet shale is reached. Already one of the shafts have pierced the Broxburn seam lying 4 ft thick.

The sinking of the...two pits to the the Dunnet shale on the company's freehold property at Mid Breich was now completed and the surface plant was well advanced......Powerful generating plant had been installed at Deans Works, and from there the current was to be carried to the new mines at Deans and the new pits on Mid Breich, in addition to supplying power for Deans and Seafield Works.

At Mid-Breich pit certain of the workings have become very steep and are therefore difficult to carry on, but otherwise are proceeding normally (February 1924). It has been necessary to drive an upset for ventilation (June 1925).

...the first electric winding gear in Scotland was installed at No. 1 pit Cobbinshaw, Tarbrax. The plant was designed on the Ilgner System, which has a balancing set supplying current to a 200-h.p. motor directly coupled to the drum shaft ... one of a similar type was installed at Breich Pit, West Calder, in 1912 which is still giving first-rate service.

...it was decided to try our coal-cutters and conveyors in the Broxburn oil-shale seam at the Breich Pit. The first face was started in August 1941 and the second in December 1943. Both faces were in operation until July 1946, when, as a result of labour shortage, the pit was temporarily stopped, due to the necessity of concentrating output in other openings.

Caldwell, Stein, and Keddie. Longwall working of the Broxburn Oil-Shale seam with Coal-Cutters and Conveyors, Institute of Petroleum, 1950