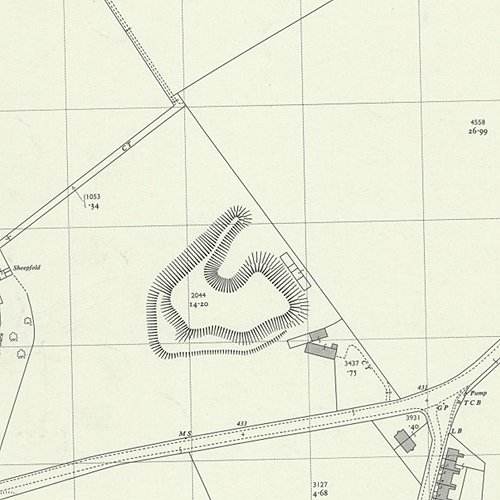 A short-lived effort to provide a new source of shale for Oakbank Paraffin Oil Works. Newfarm No. 3 and No. 4 Mines (also known as Dedridge No. 3 and No. 4) were linked to the works by a novel aerial ropeway that crossed the deep valley of the Linhouse Water.

Mapped by the Ordnance Survey of c.1963, showing mine bing and northern end of Newfarm Cottages. 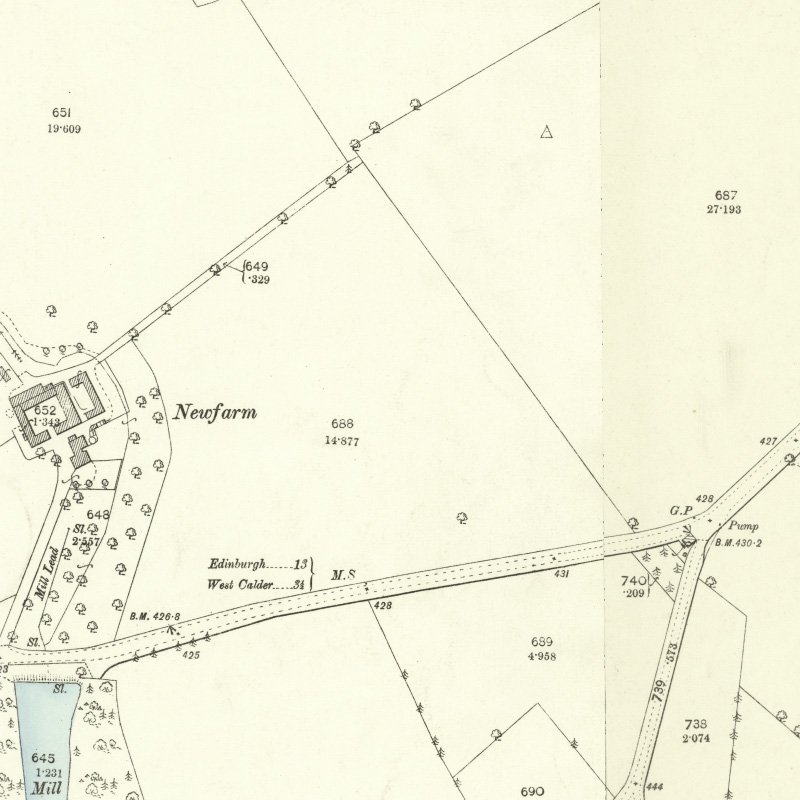 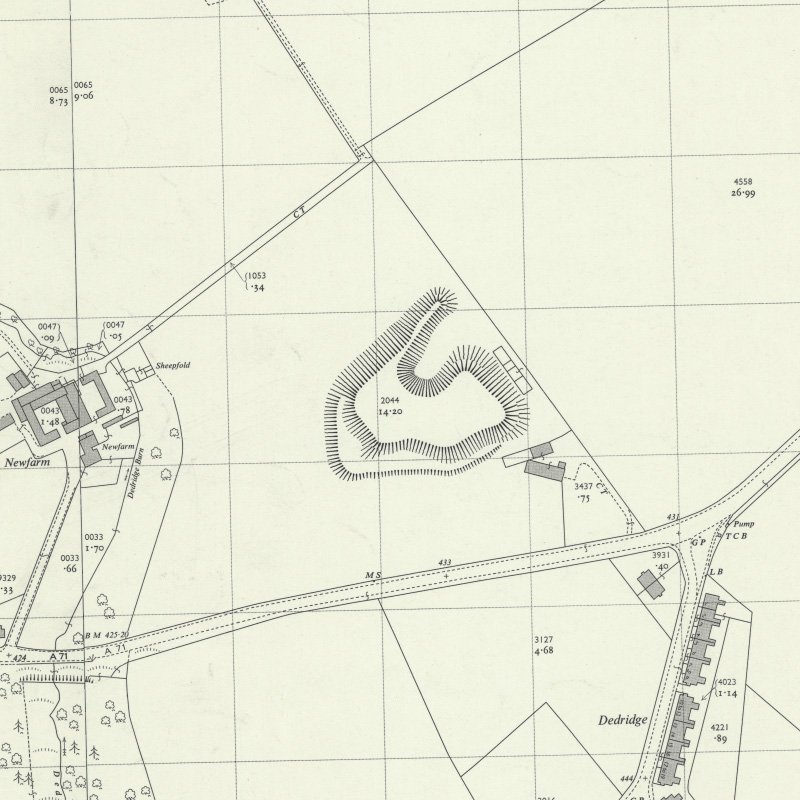 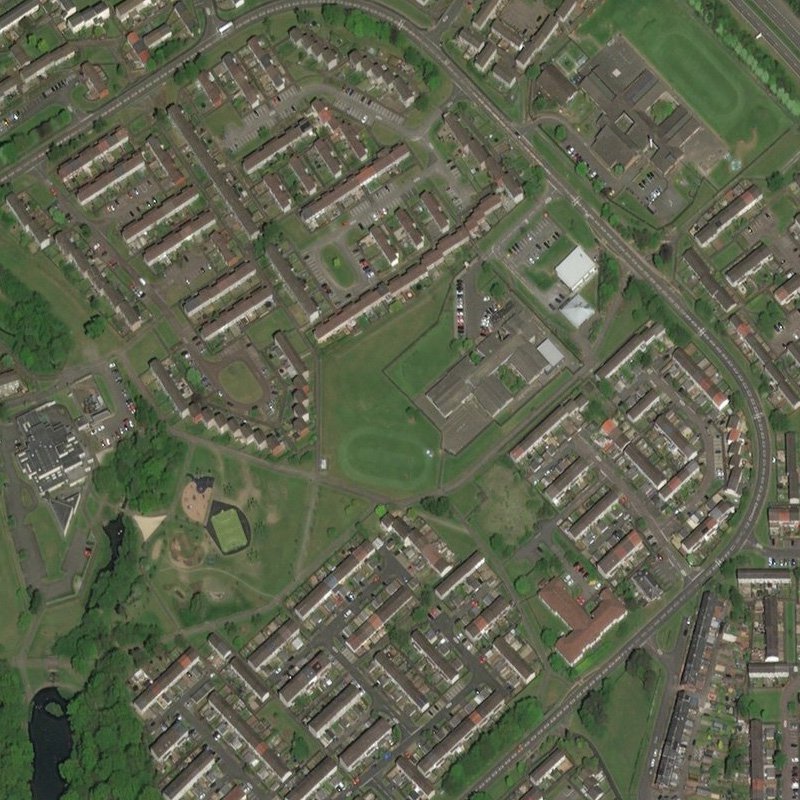 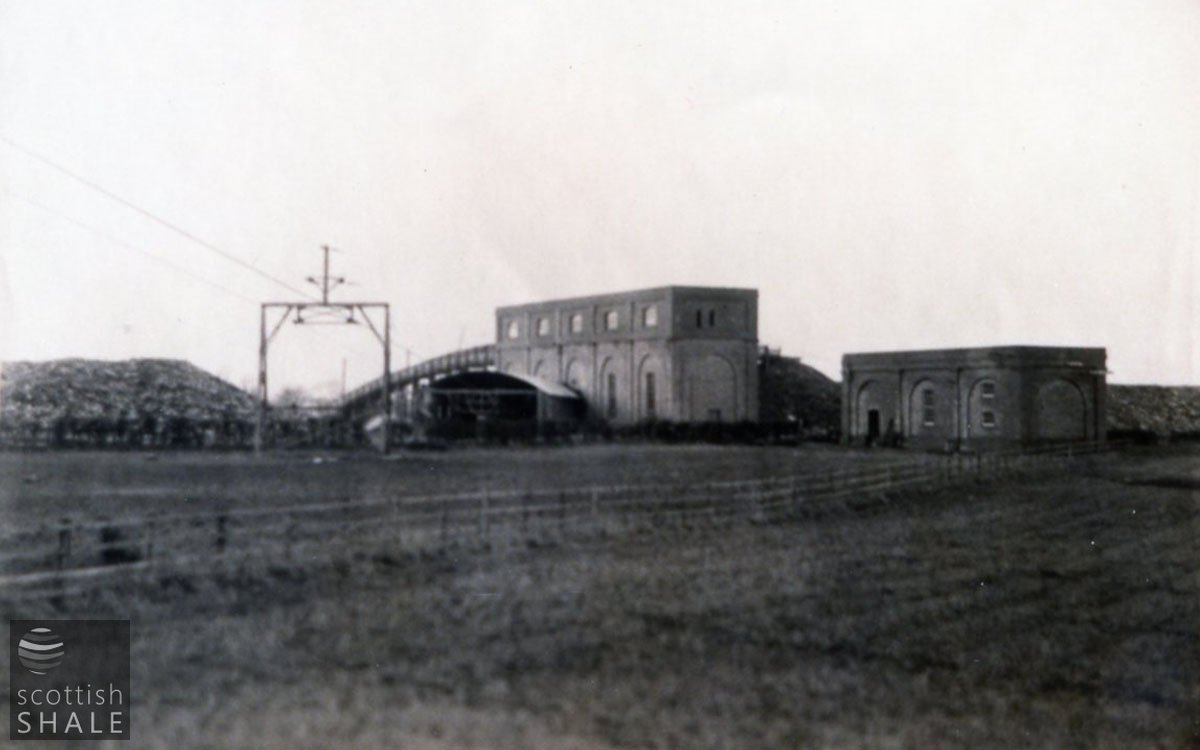 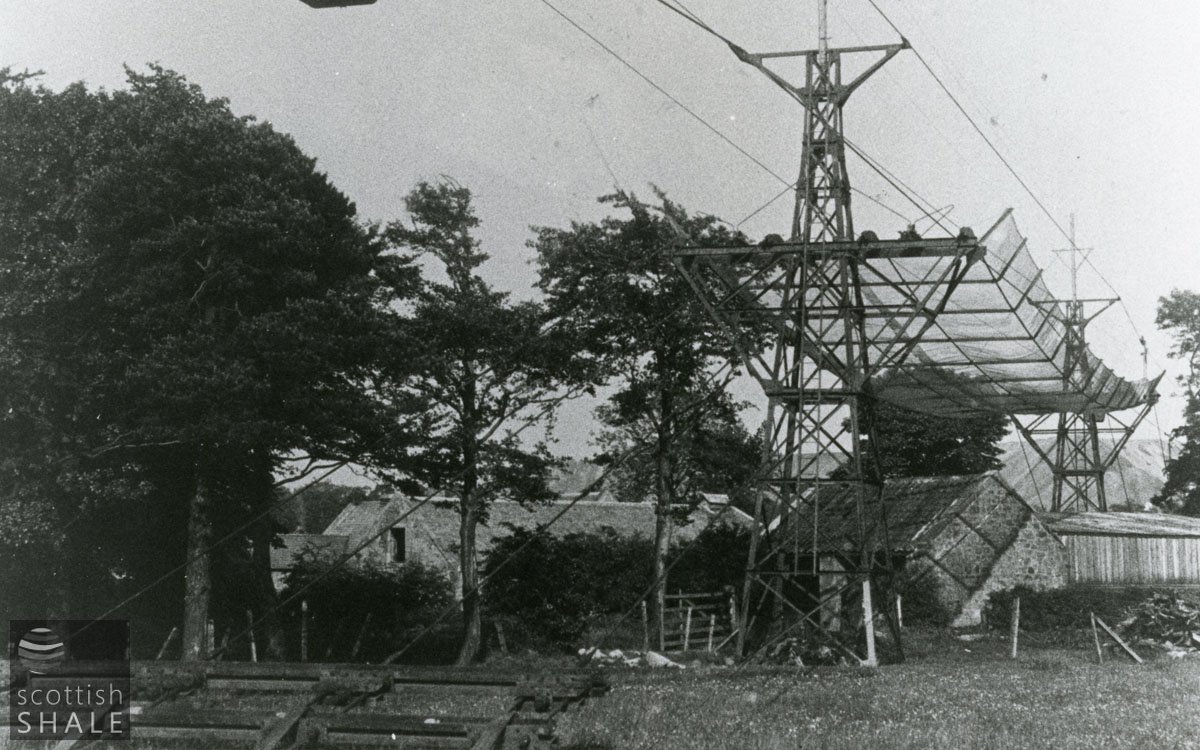 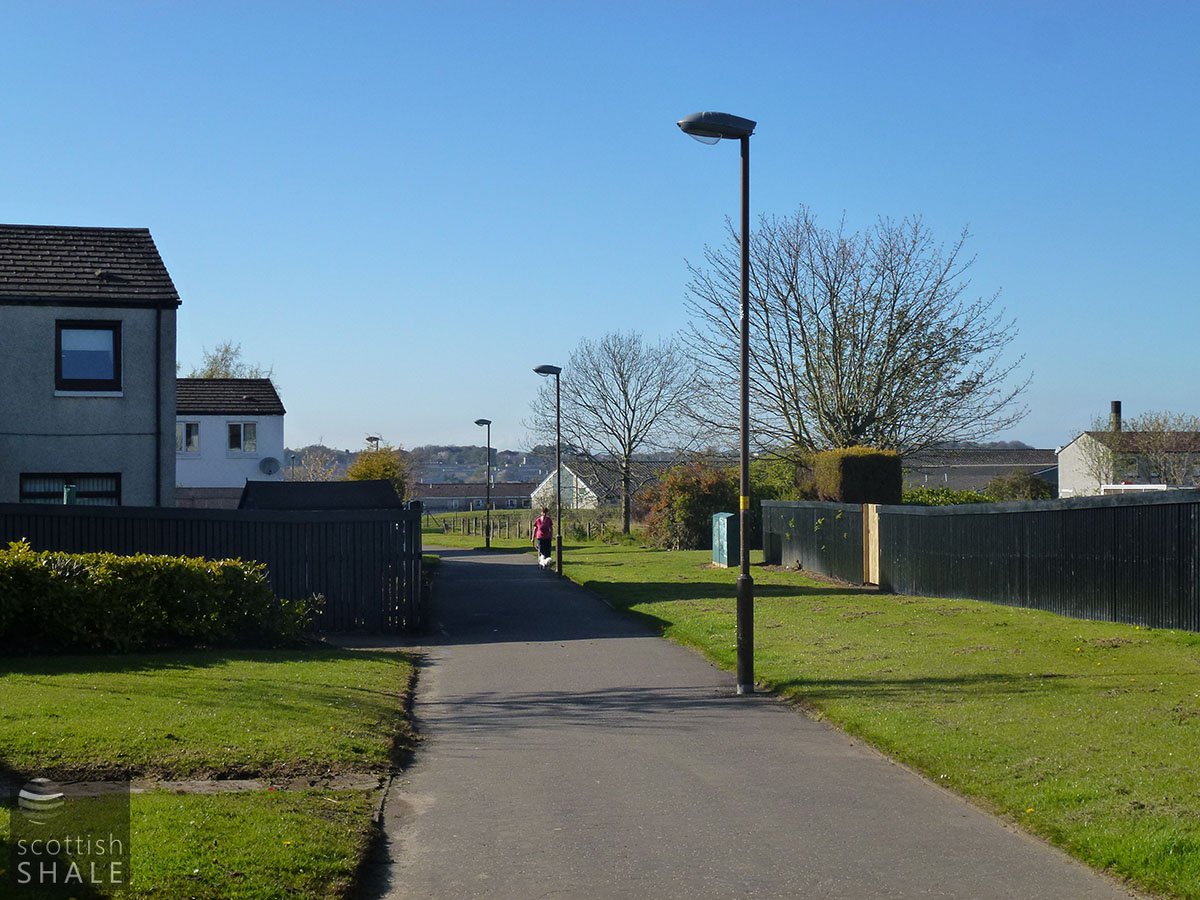 View towards site of Newfarm Mine. Looking north west. May 2012. 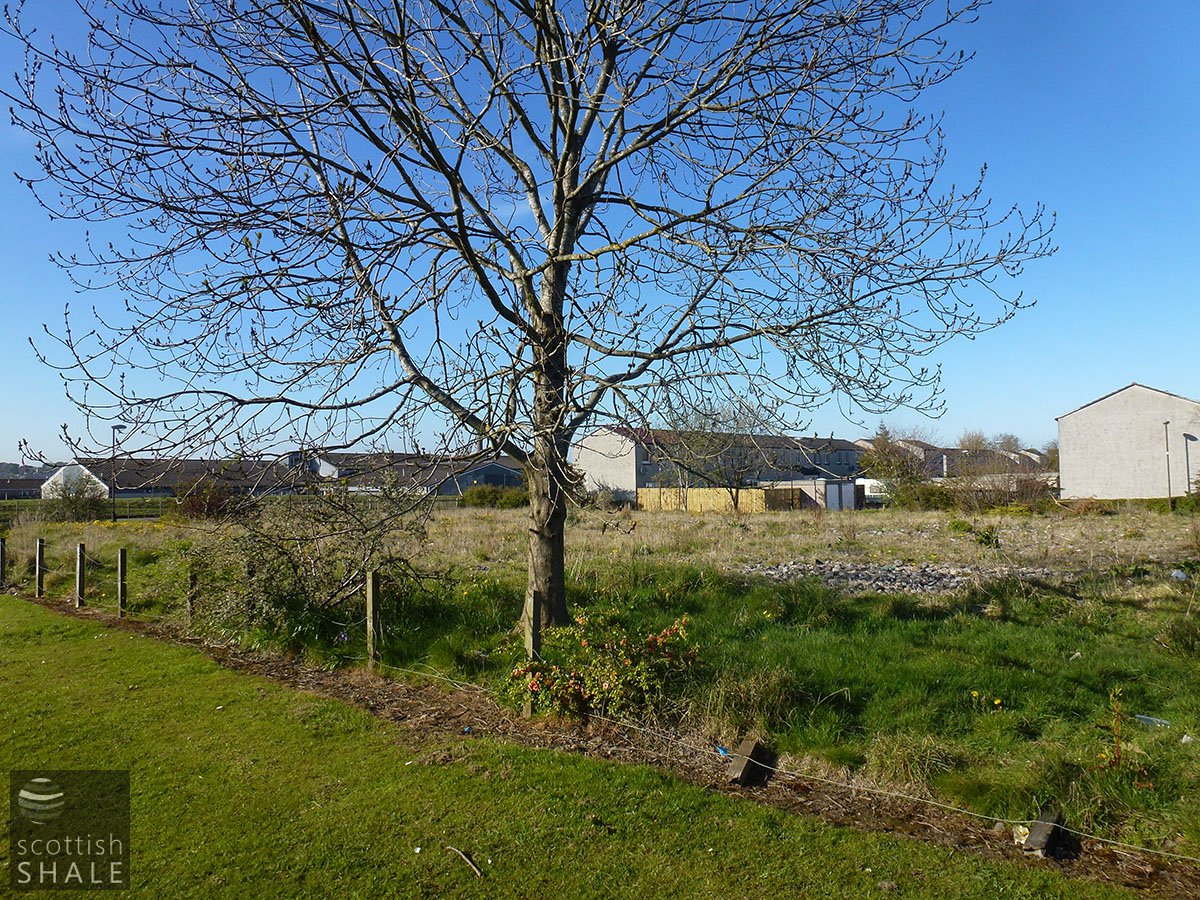 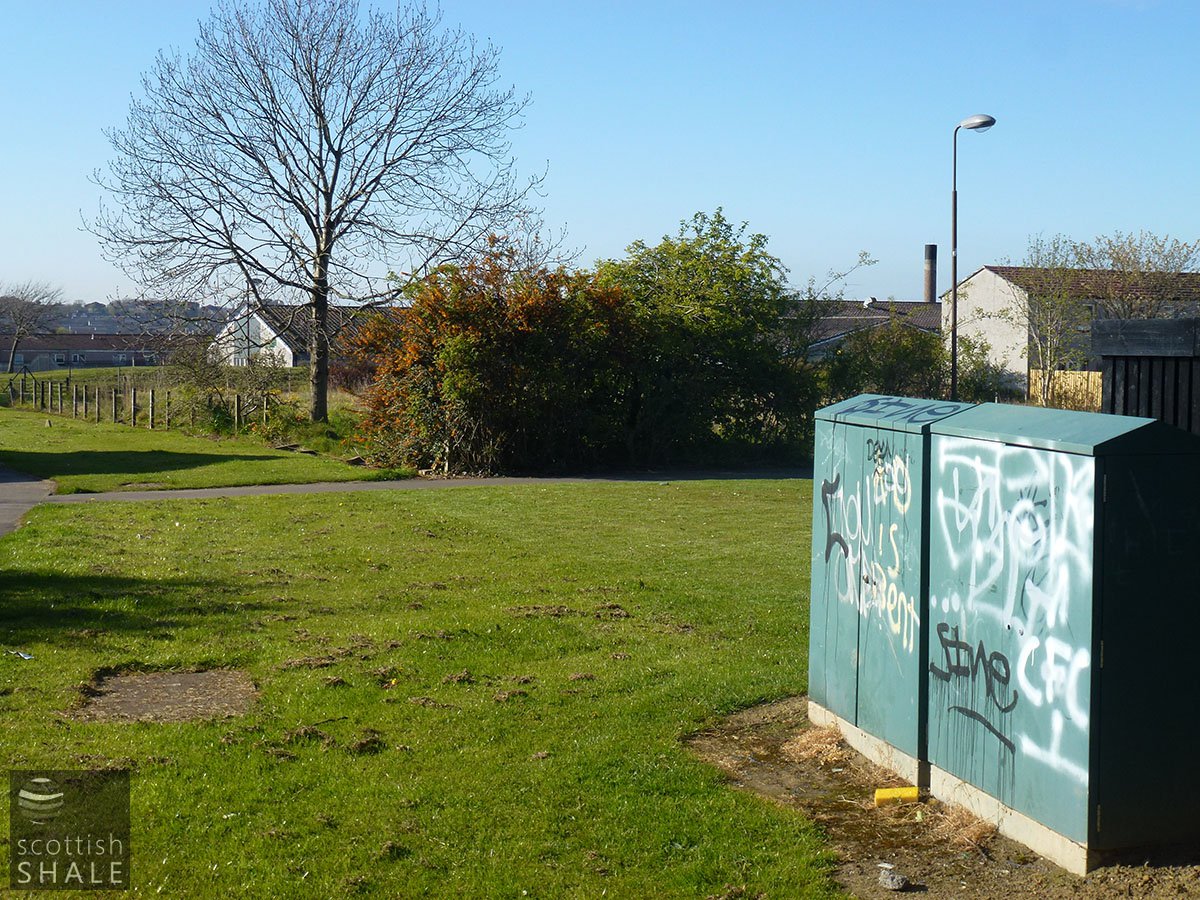 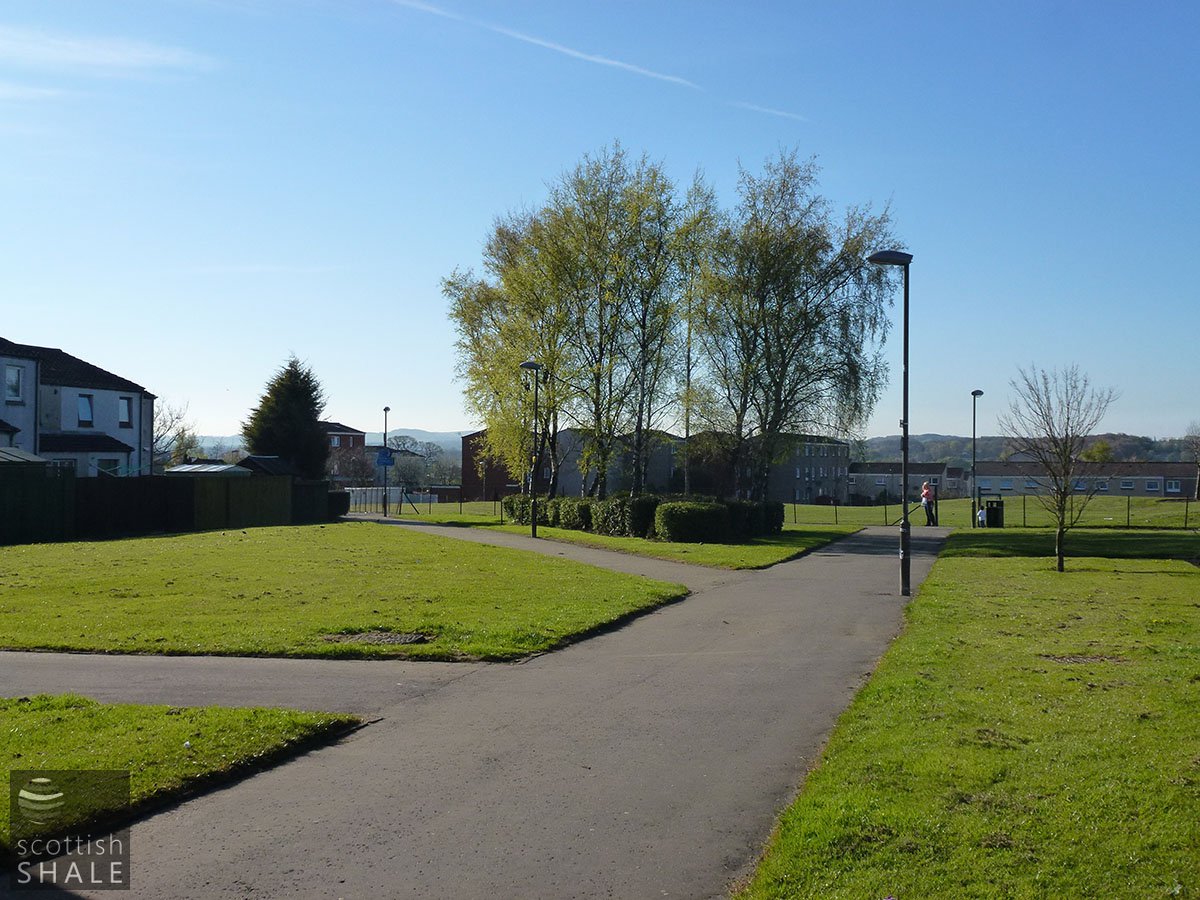 A fireman named James Anderson, 90 Oakbank Rows, Mid-Calder, was fined £2 by Sheriff Orr at Edinburgh Sheriff Court yesterday for having, failed to record that he had found inflammable gas in a part of Newfarm Shale Mine, and for having failed to fence of the approaches to the place and mark it with a danger signal.

SHALE MINE FIRE AT OAKBANK.

Sealing-Up the Seat of the Outbreak.

Work in the New Farm Mine, Mid-Calder, which belongs to the Oakbank Oil Company, and yields shale for the Company's oil works, was interrupted by fire which occurred in a section of the mine. Either the shale or the woodwork used connection with the workings caught fire, the outbreak being discovered on Sunday afternoon. The seat of the fire was in a corner of the workings which branches off the main roadway through the mine, and the plan adopted the management was to take in hand the sealing up of the affected portion. This task was undertaken with energy, but it had not been completed last night, when the fire was still burning. Earth, sand, and other materials were used liberally in the sealmg up process. The passage leading to the seat of the fire will require to be effectively blocked so that no air can pass through before all anxiety will be at an end. Some inconvenience is being caused to the Company, but it is not anticipated that any serious results will follow. It is hoped that the fire will be completely subdued a short time. As the ventilation arrangements were interfered with, work in the mine came to a complete standstill yesterday. Some 130 miners were thrown out of employment, but is expected that they will soon be back in the workings. Owing to the shortage of labour at present no difficulty will be found in getting employment for the men who havo been temporarily displaced. casualties are reported, and the cause of the outbreak has not yet been ascertained. Motor cars were present yesterday from Edinburgh and Coatbridge with rescue apparatus, and the staffs rendered assistance in dealing with the fire.

Coal Authority Mine Abandonment Catalogue No. 6906, showing workings in the Fells, Lower Big, Curly and Broxburn Shale from Newfarm No. 3 & No. 4 Mines, abandoned in 1919.