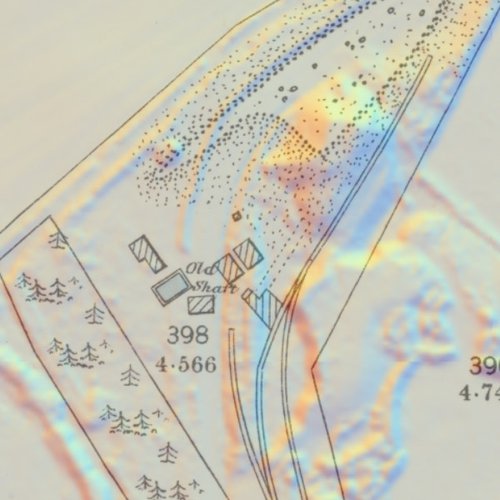 Vertical shaft, serving Addiewell Chemical Works. Listed as abandoned in 1893, workings were linked underground to Polbeth No. 11 Pit which continued in operation until 1927. Linked by a standard gauge mineral branch to the Polbeth and Addiewell railway. The waste tip was re-worked in 1949. 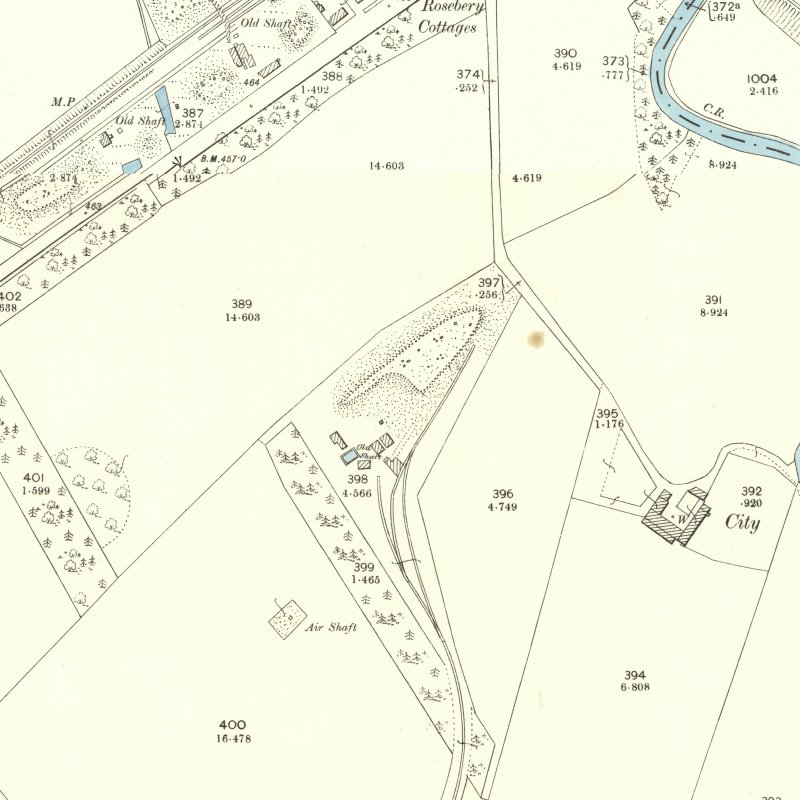 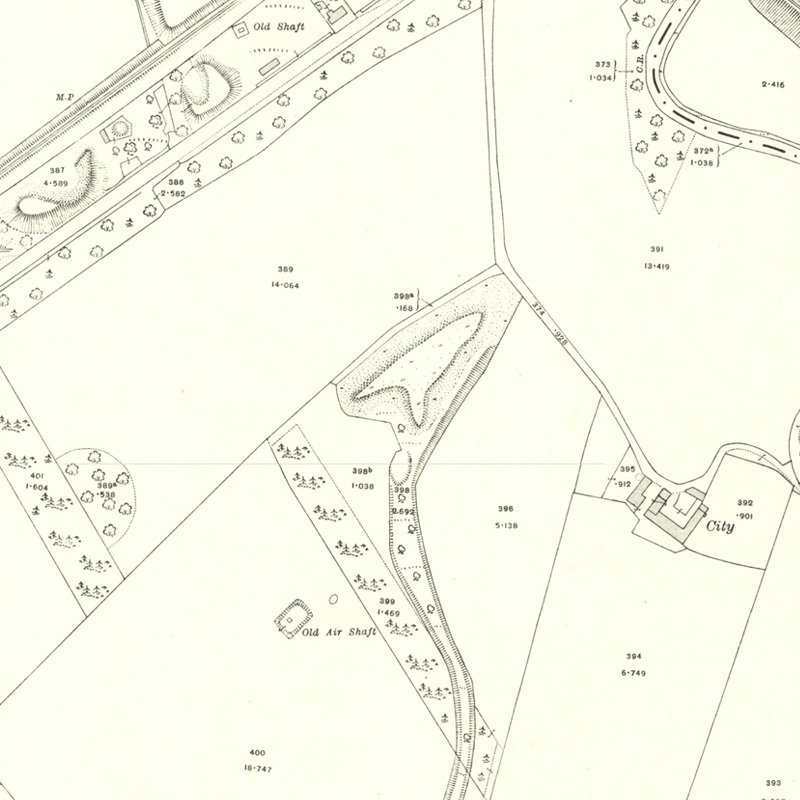 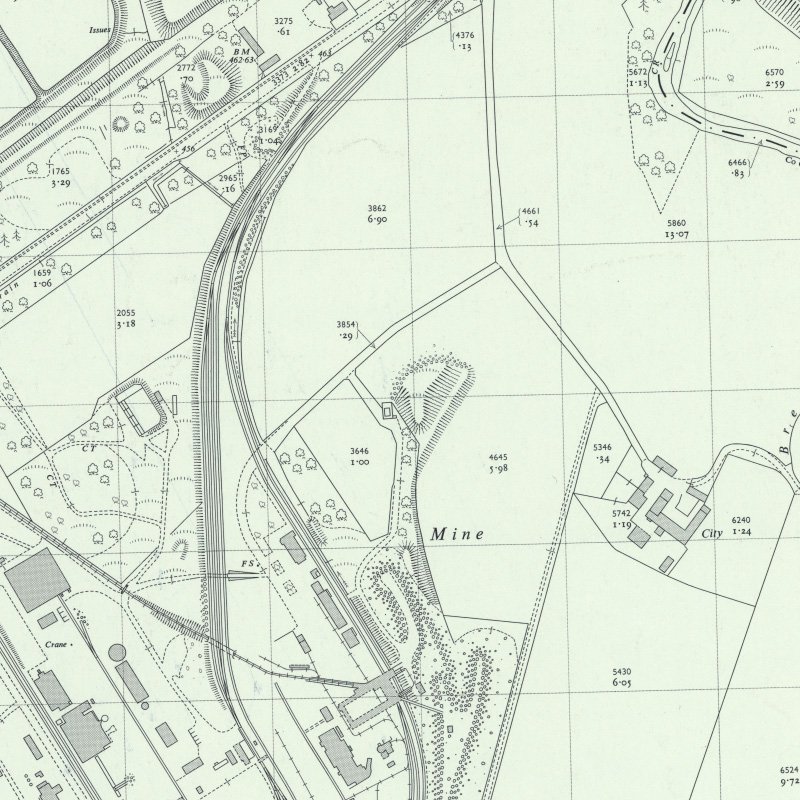 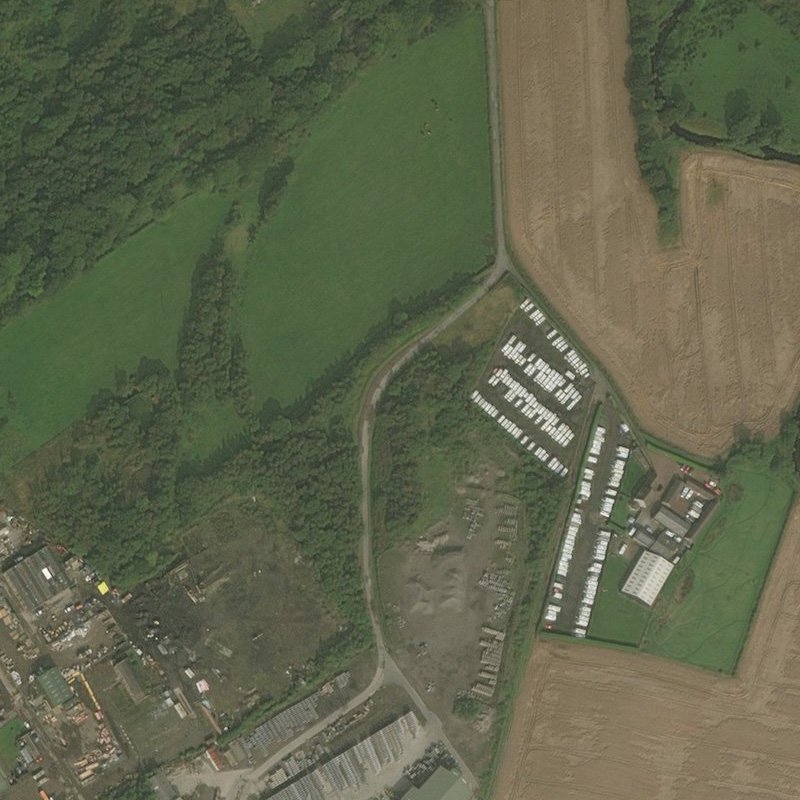 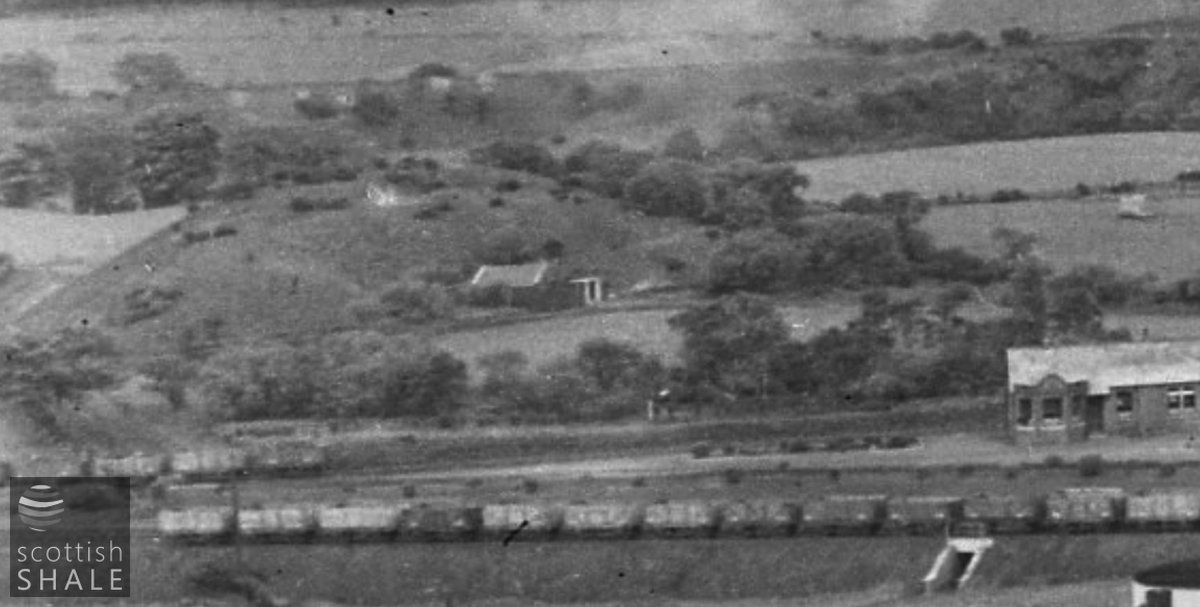 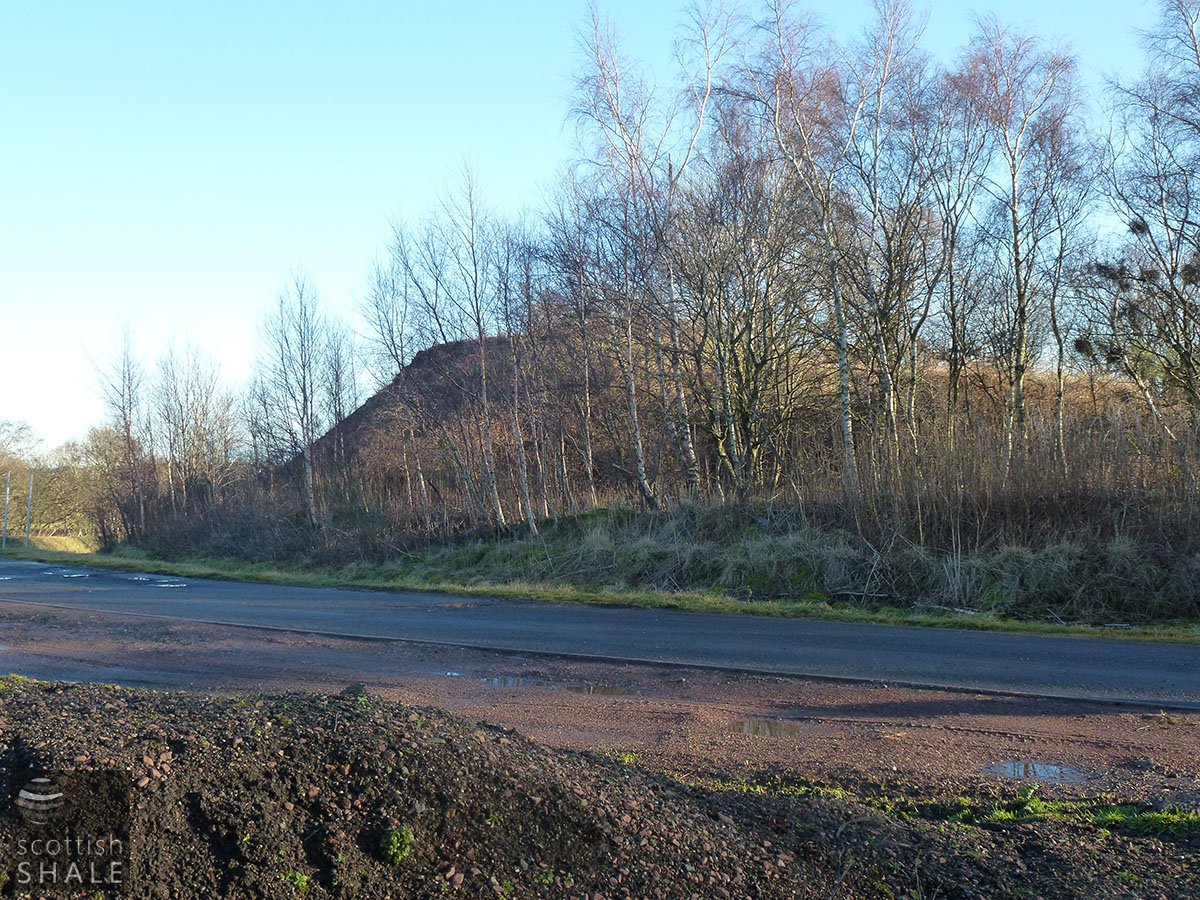 The bing associated with Westwood No. 30 survives beside the approach road to Westwood concrete works. Looking east. January 2012. 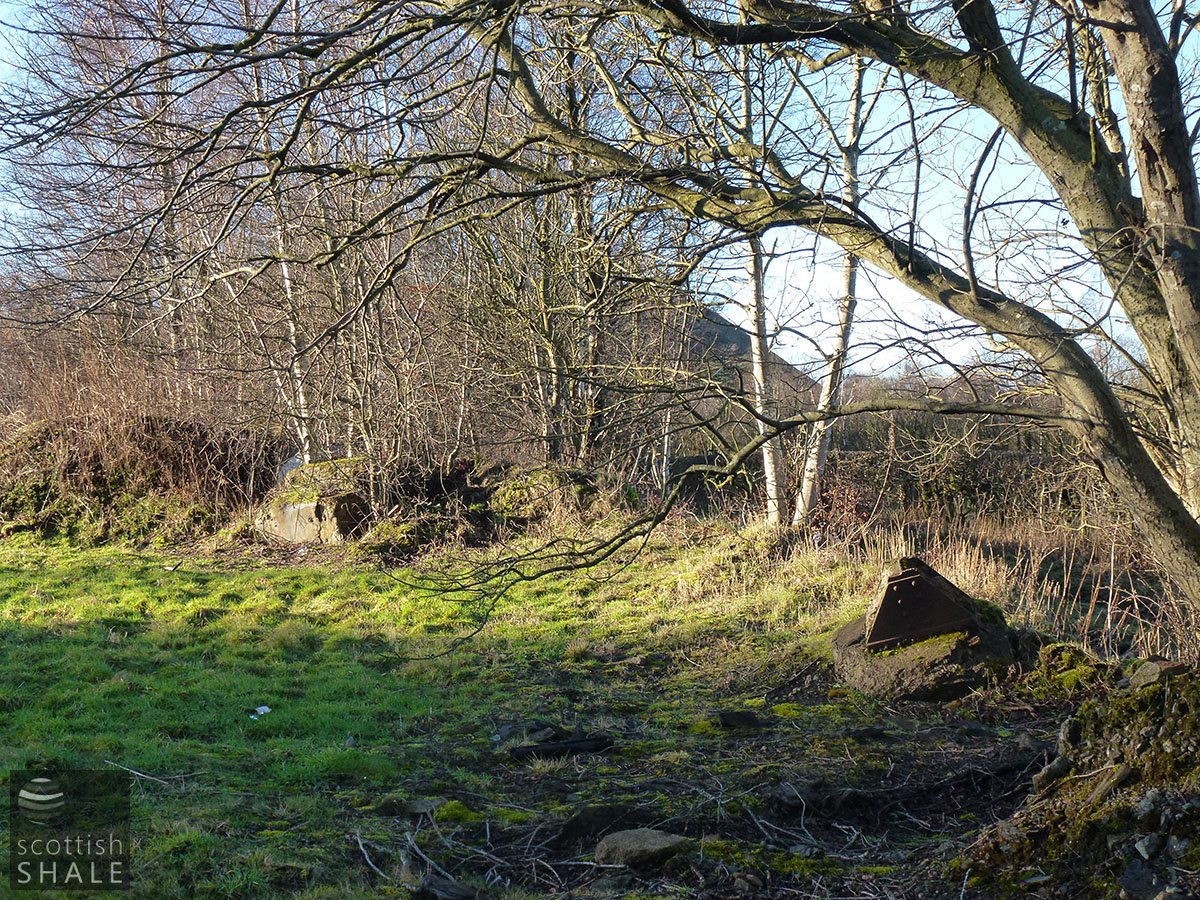 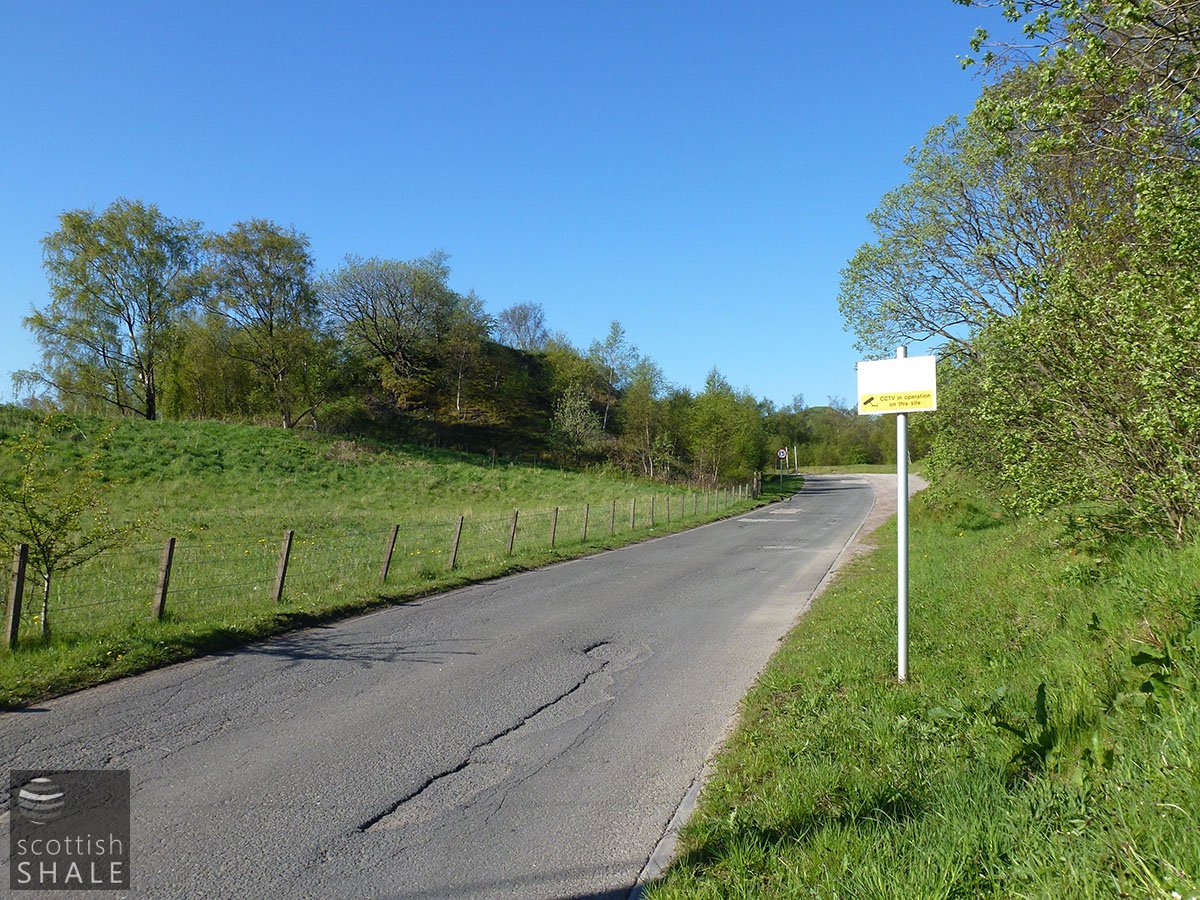 Work has started on a project to make the old shale bings at Westwood productive once more. These bings were laid down in the early days of the shale oil industry when the Addiewell Company worked No. 30 pit on the late Captain Steuart’s estate. In these days the seams most worked were the Fells and Broxburn shales with a yield of from 30 to 45 gallons per ton. What was known as "wild" or inferior shale was dumped on the bings. Today these old bings are said to give a yield of something like 23 gallons to the ton

Coal Authority Mine Abandonment Catalogue No. 4047, showing workings in the Addiewell or Fells Shale from Westwood No. 30 and Polbeth No.11, abandoned in 1900.