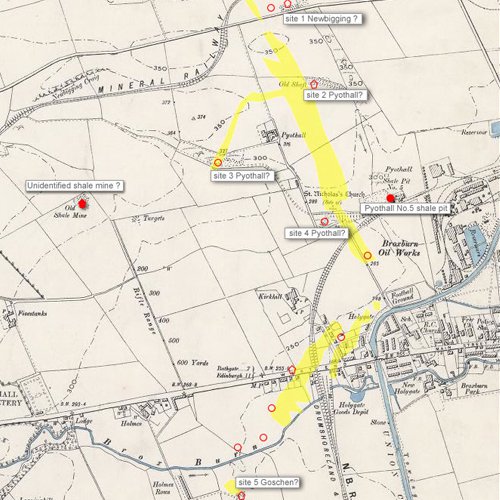 The Houston Coal was worked in Uphall parish (which included the Uphall and Broxburn areas) from the 17th century. During the second half of the 19th century, a number of coal workings were operated by the Broxburn Oil Company Ltd, or were otherwise worked to service the shale oil industry.

In 1859 Robert Bell, a coalmaster from Wishaw, leased the mineral rights for much of the Broxburn area from the landowner, Lord Buchan, intending to exploit coal and limestone reserves. While these efforts met with limited success, Bell was the first to realise the potential of the oil-shale found in the area and became the driving force behind the many small scale shale oil works that were established in Broxburn, and in the subsequent formation of the Broxburn Oil Company Ltd.

Although the Houston Coal was a poor quality fuel, it occurred conveniently close to shale oil works that required large amounts of coal to fire the early retorts and to fuel steam boilers. It appears that Robert Bell, and subsequently the Broxburn Oil Company Ltd, operated a number of small scale coal pits in Uphall parish to supply their oil works. Robert Crichton's sketch (see Drawings, below) indicates that the Broxburn Oil Company Ltd operated pits at Goschen, Pyothall and Newbigging that were established in 1865.

Ordnance Survey maps illustrate the derelict remains of many of these workings (collectively described as the Strathbrock collieries), but very seldom name the sites. An arbitrary numbering system is used on this page to identify the various workings until further research confirms proper identities. It remains unclear which of the sites served, or were owned by, the oil industry.

Right: Rough extent of workings in the Houston coal, and locations of some of the pits and mines that worked it.

Located at 55.944754, -3.484121, probably in the lands of Newbigging Farm, the site is marked on the first edition (c.1856) Ordnance Survey map as "old coal pit" and is shown with two shafts, an engine-house and chimney. The pit may have worked in association with the Newbigging Brick and Tile Works, shown on the first edition OS map about 250m to the north. All surface features other than the waste tip had been cleared by the time of the second edition (c.1897) OS map. The waste tip survives today as a raised area of woodland. 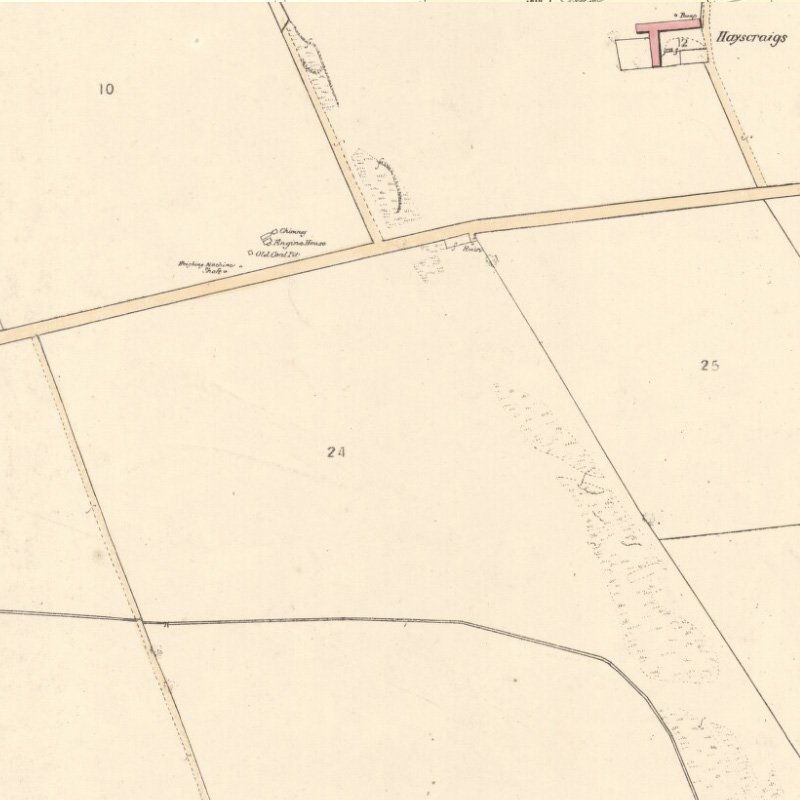 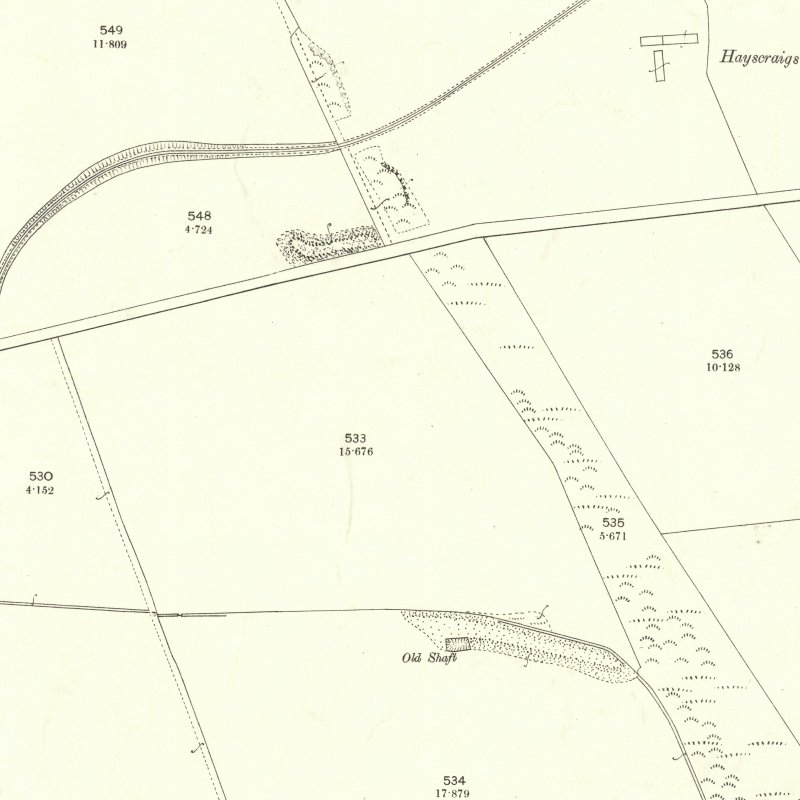 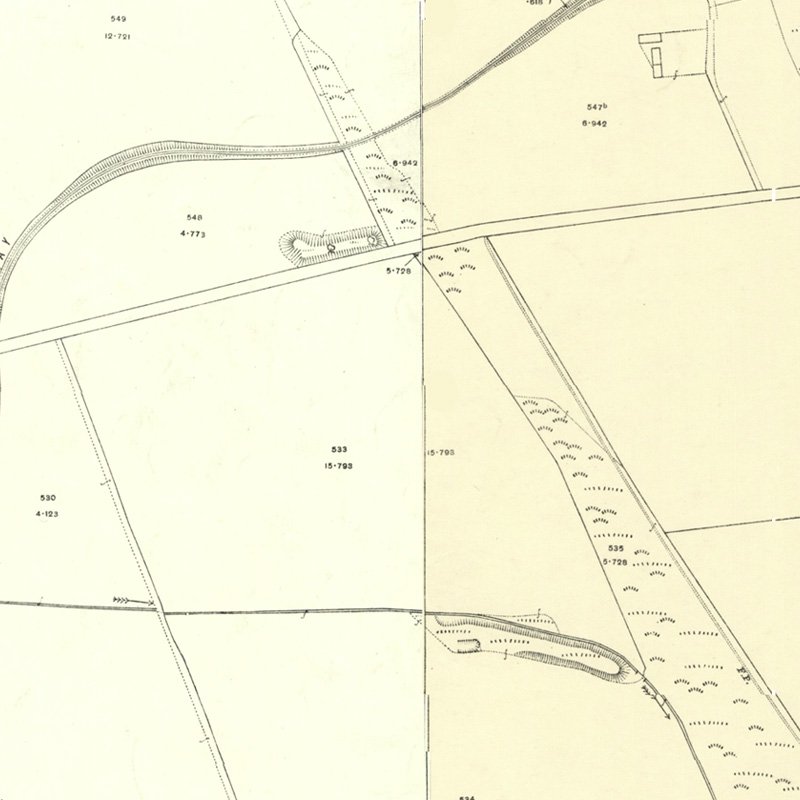 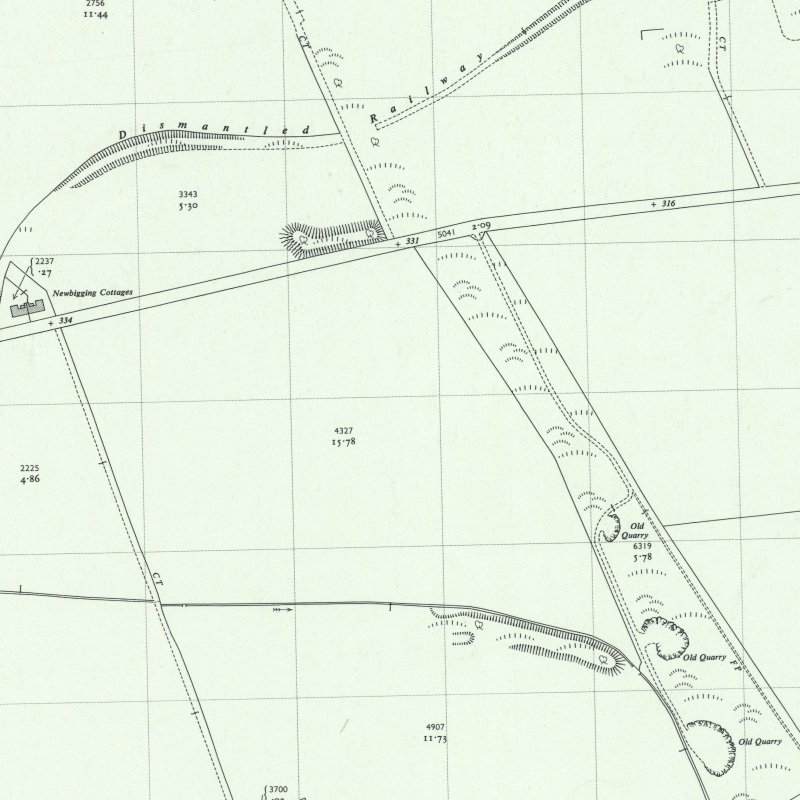 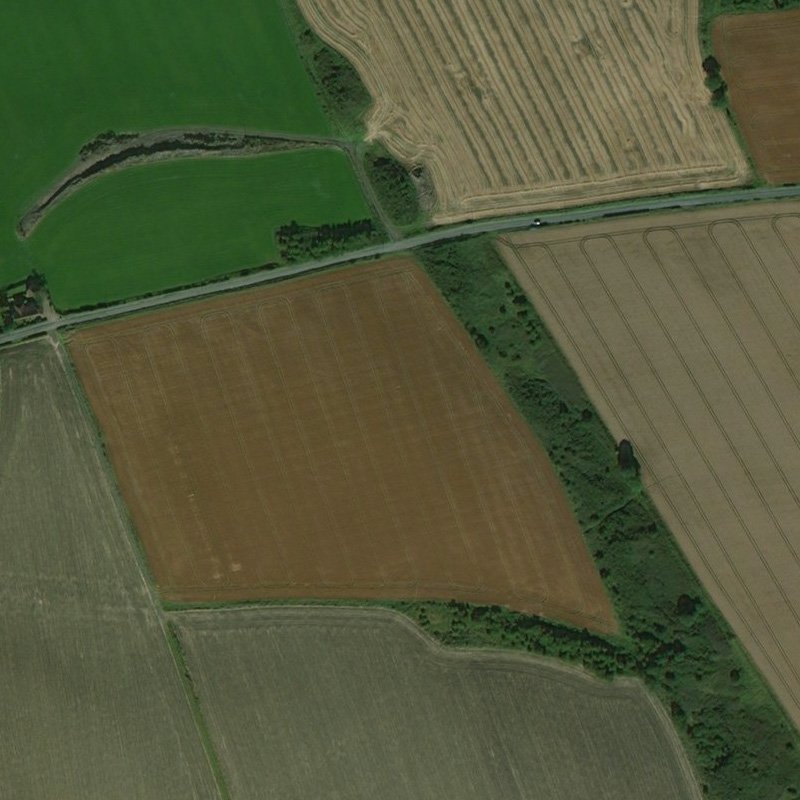 Marching with Wyndford on the east is the farm of Newbigging (J. & P. Dalgleish), where, on the edge of the Niddrie burn, are the traces of the clay-hole and disused brickwork. On this, as well as on a neighbouring farm, coal was wrought at the end of last century. Lord Buchan, writing in 1781,describes the Newbigging coal as of the best quality, and selling at four, five, or six shillings per ton, according to the quality. This colliery seems to have employed only from ten to twelve pickmen. It was, however, of some antiquity, for he had a lease of it in his possession dating back to the year 1660. Newbigging is referred to in the Register of the Great Seal of 21st August, 1617, but, as the name implies, there must have existed previously an older "bigging". It may further be mentioned that when the fields of this farm are newly ploughed, dark patches are visible here and there, as if these were spots where in former days coal had cropped up to the surface.

From "The History and Antiquities of the Parish of Uphall by Rev. James Primrose, published Glasgow 1898

Located at 55.942324, -3.482460, probably in the lands of Pyothall Farm, the site lies 220m NE of the farmstead buildings. The working is not marked on the first edition (c.1856) OS map, but is marked as "old shaft" with an associated spoil heap on the second edition (c.1897) map. The shaft is in line with the outcrop of the Houston coal, marked by a succession of dark patches of soil colour in adjoining fields; the traces of "crop pits". The spoil heap survives as a raised area of bushes and shrub. 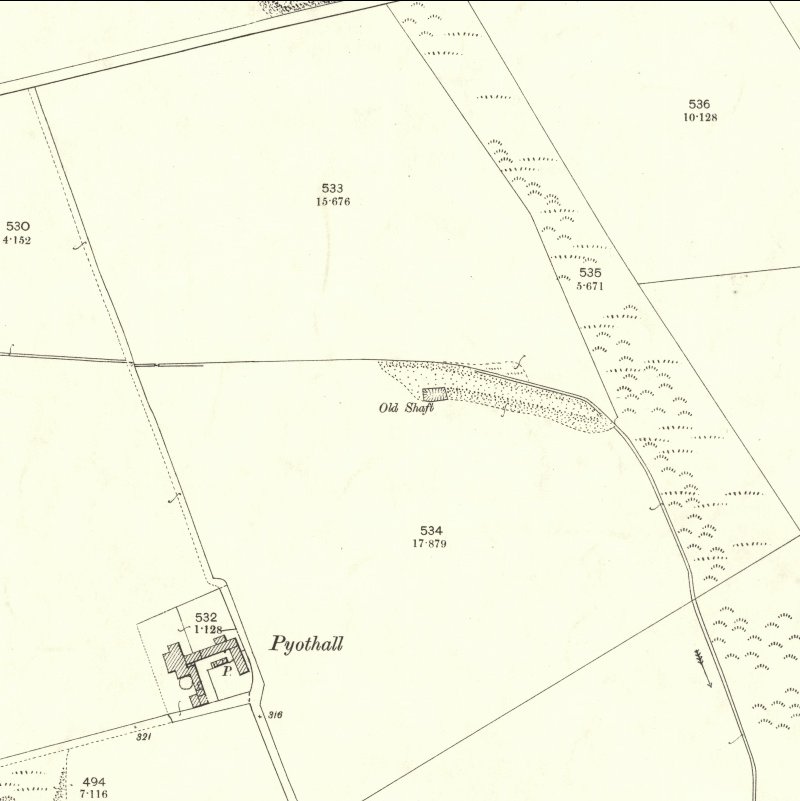 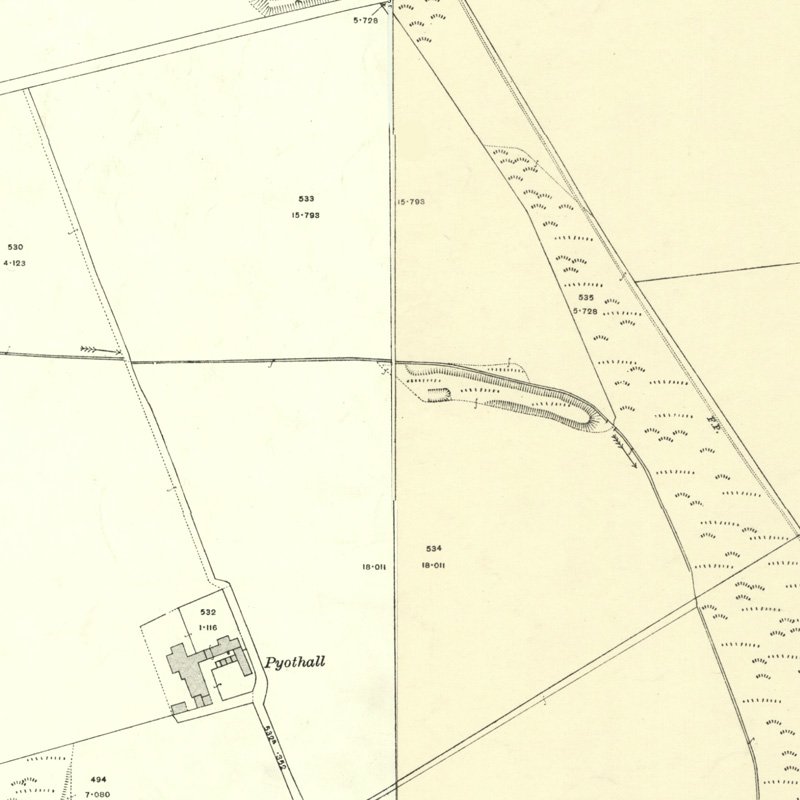 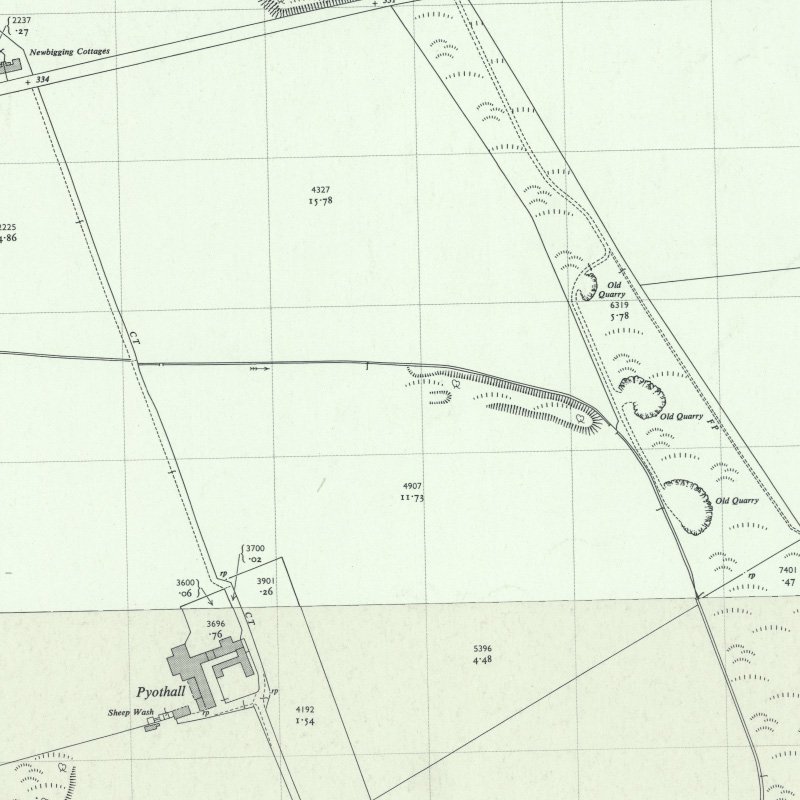 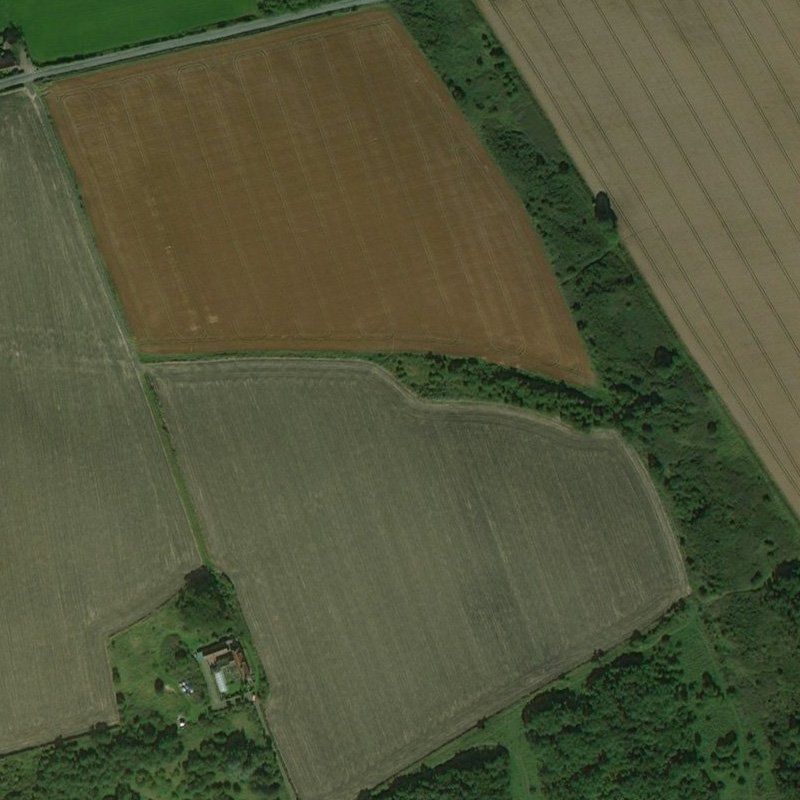 Located at 55.942324, -3.482460, 200m SE of Pyothall farm. This working is not shown on the first edition (c.1856) OS map, but is shown on the second edition (c.1897) map as an area of loose ground, presumably a waste tip, along the banks of the Ligget Syke. A small unlabeled rectangle shown within this waste presumably represents a shaft. 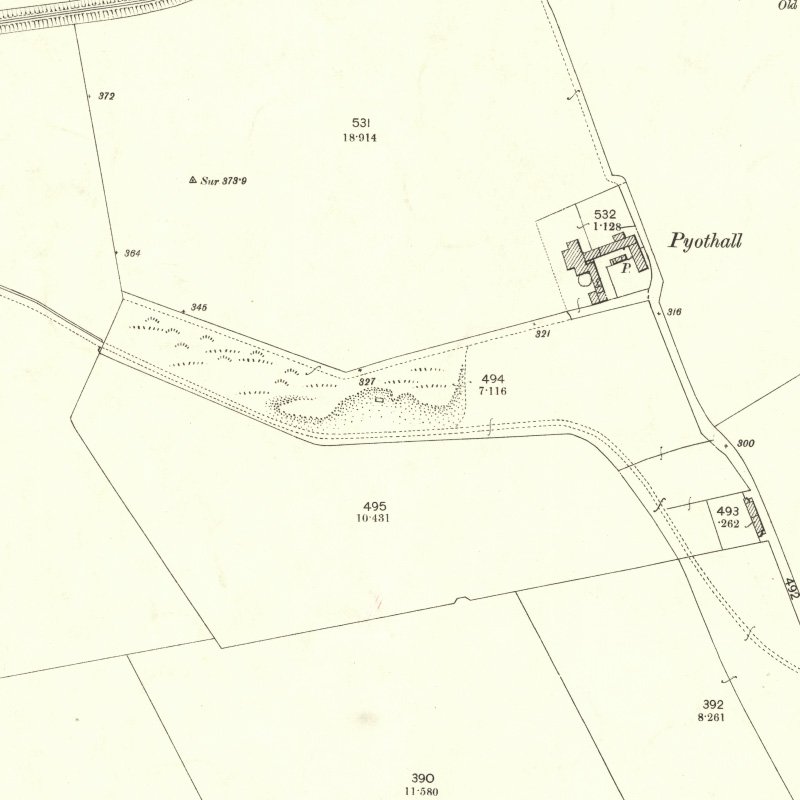 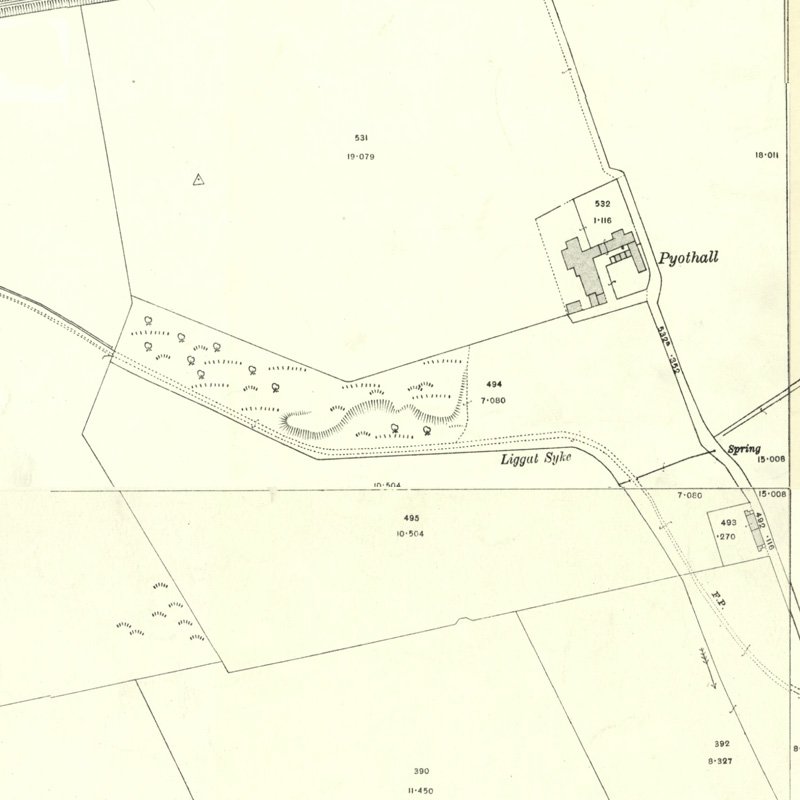 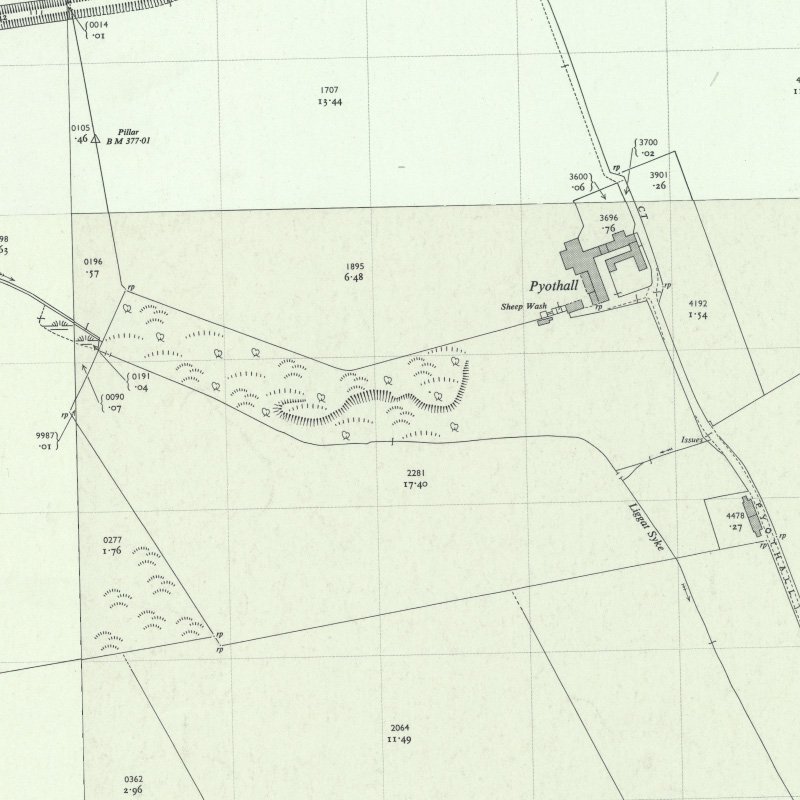 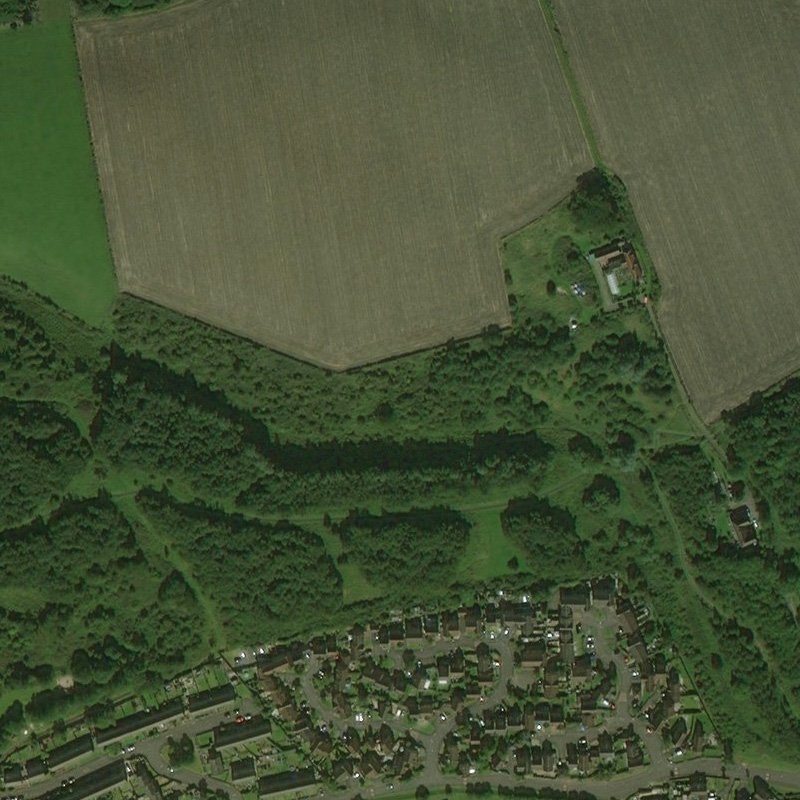 Immediately to the south of Pyot Hall steading is all that remains of a disused coal-mine known as Thomson's pit.

From "The History and Antiquities of the Parish of Uphall" by Rev. James Primrose, published Glasgow 1898

The site has been regraded in recent years. 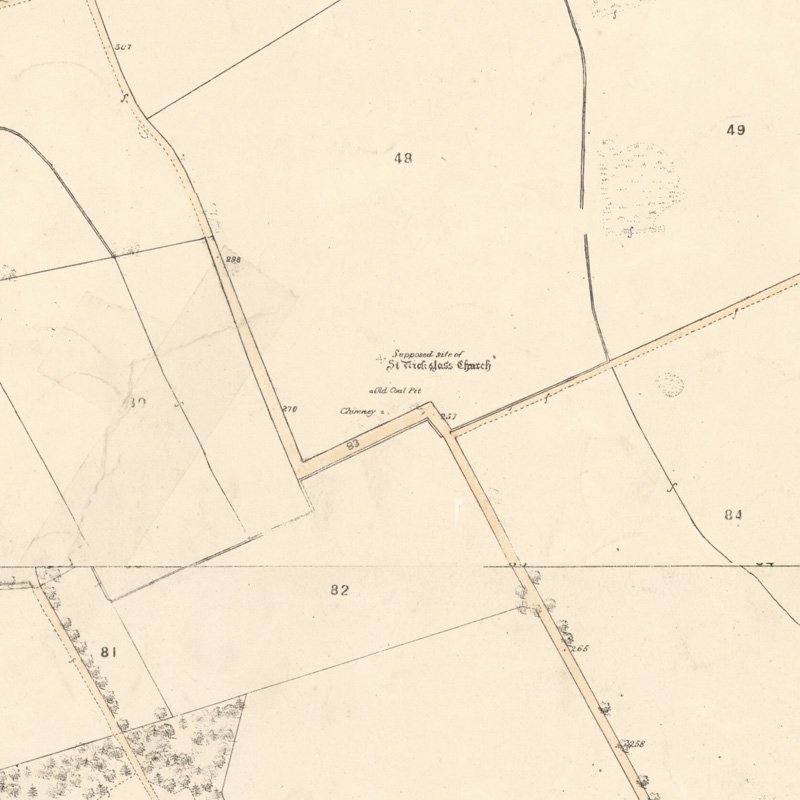 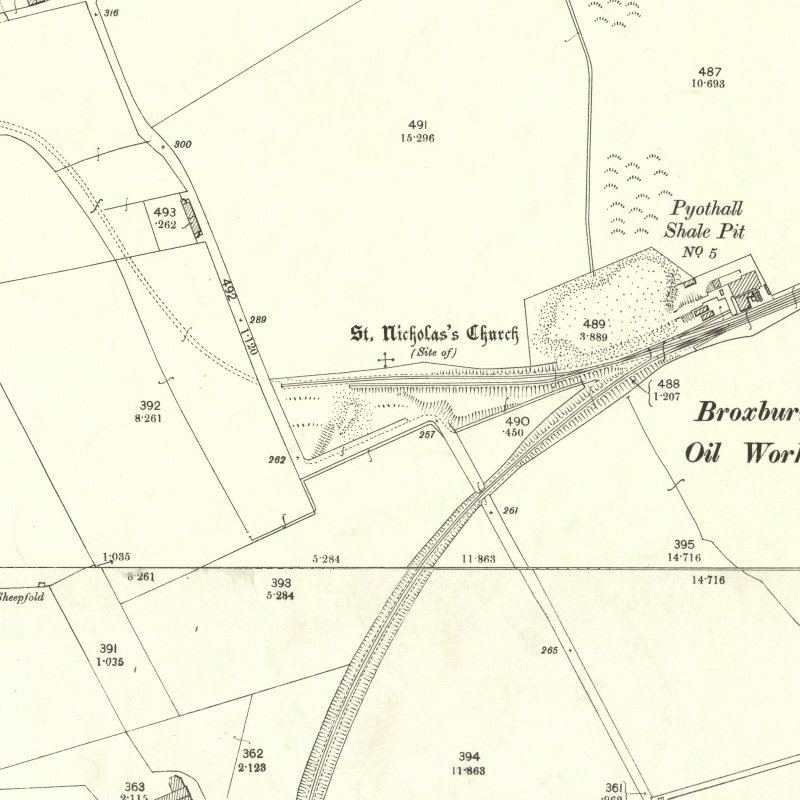 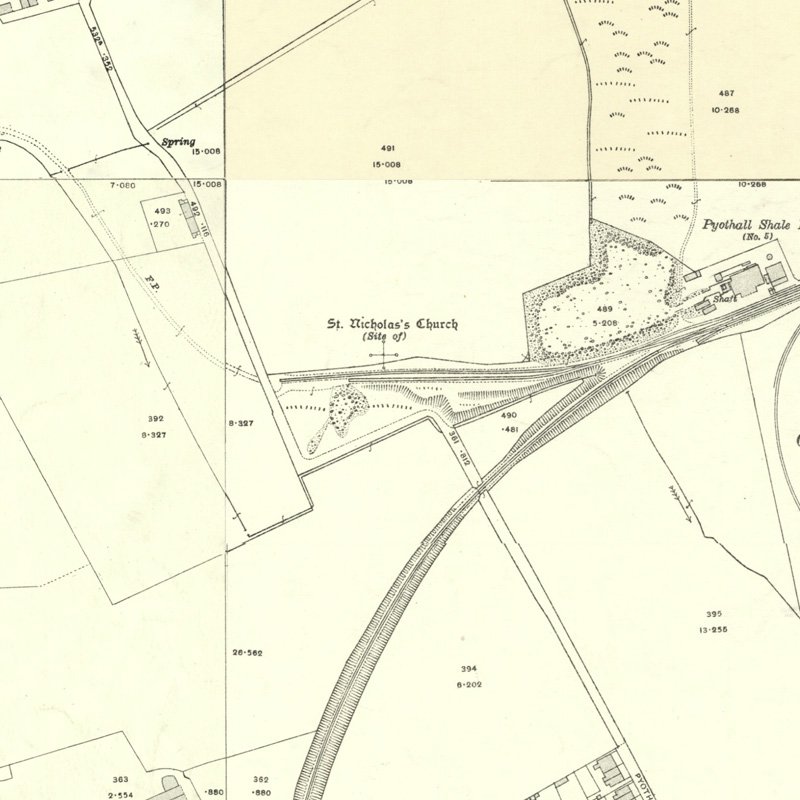 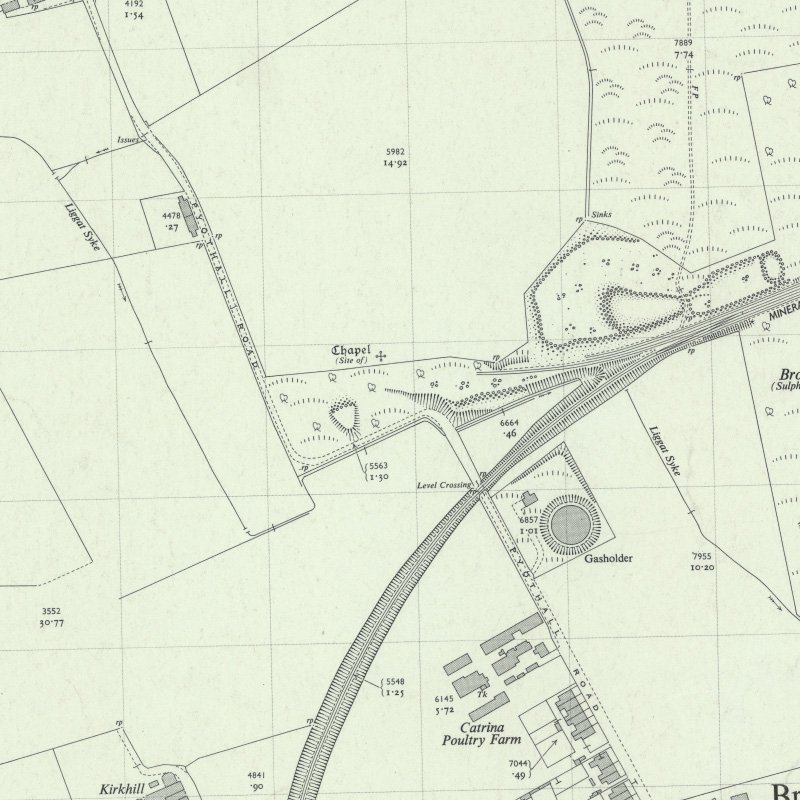 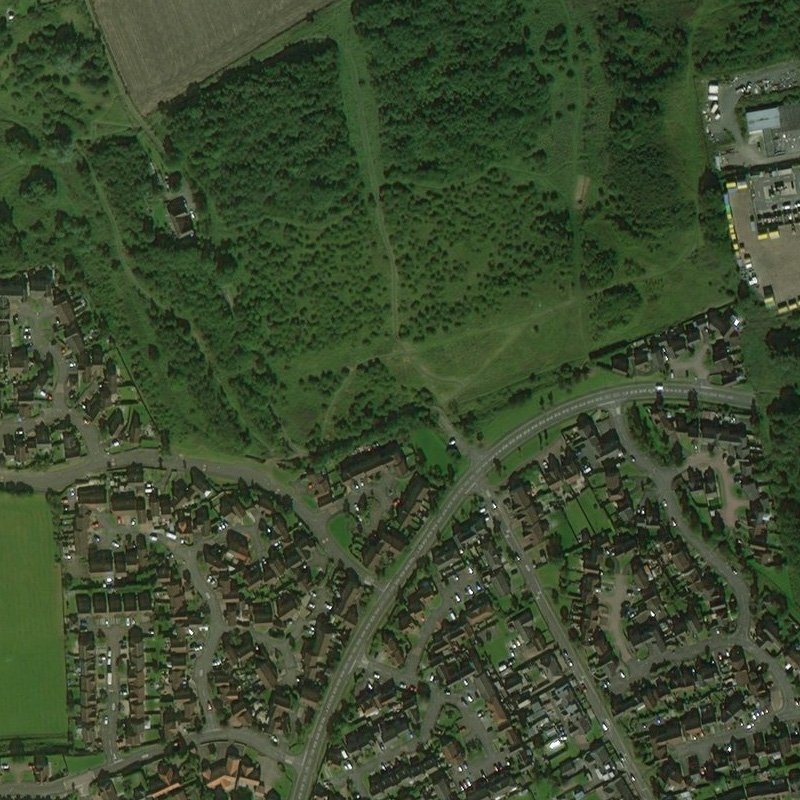 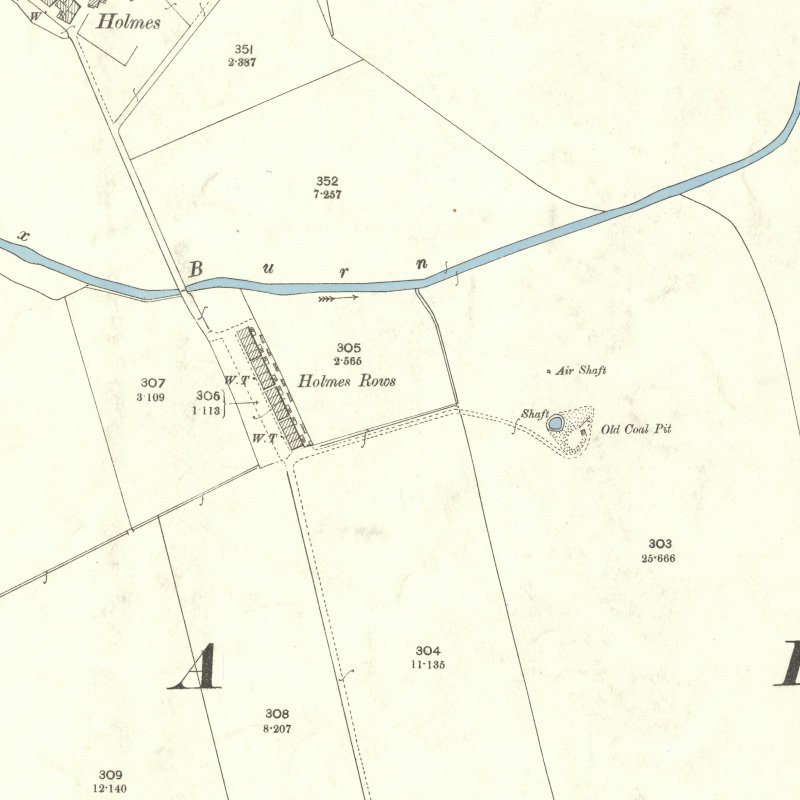 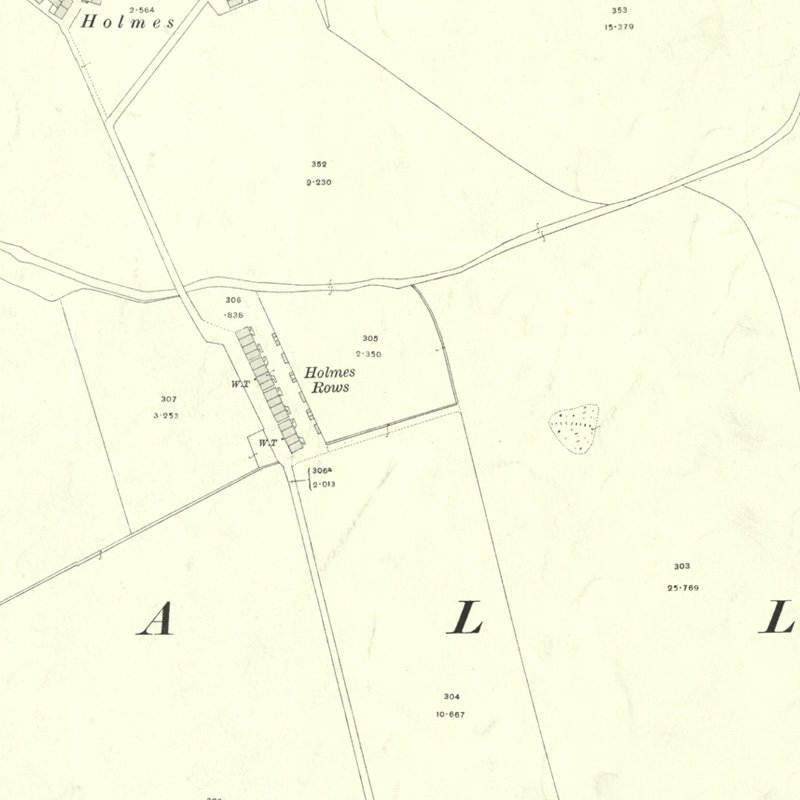 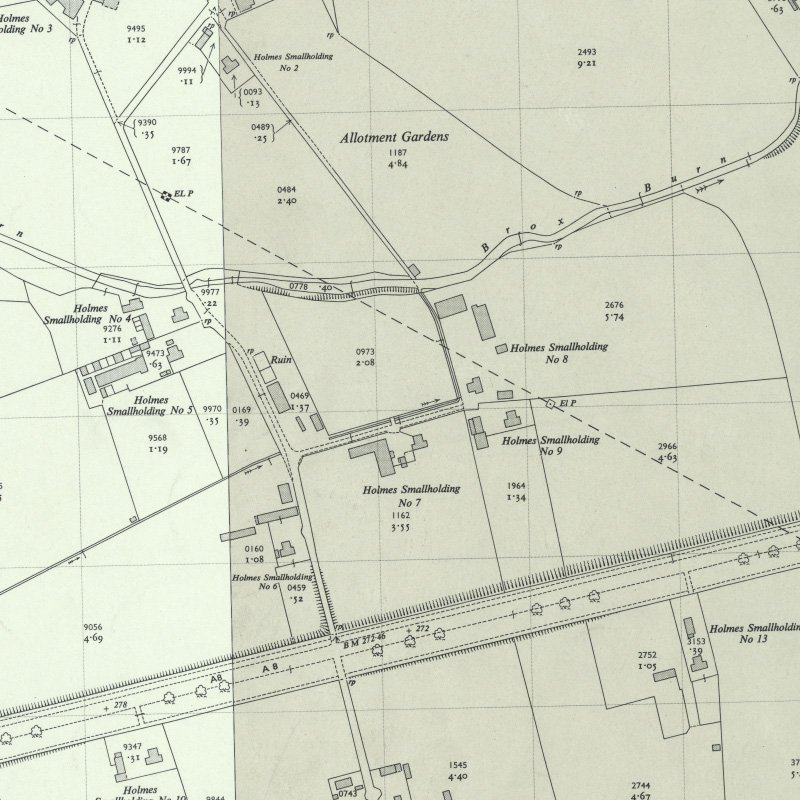 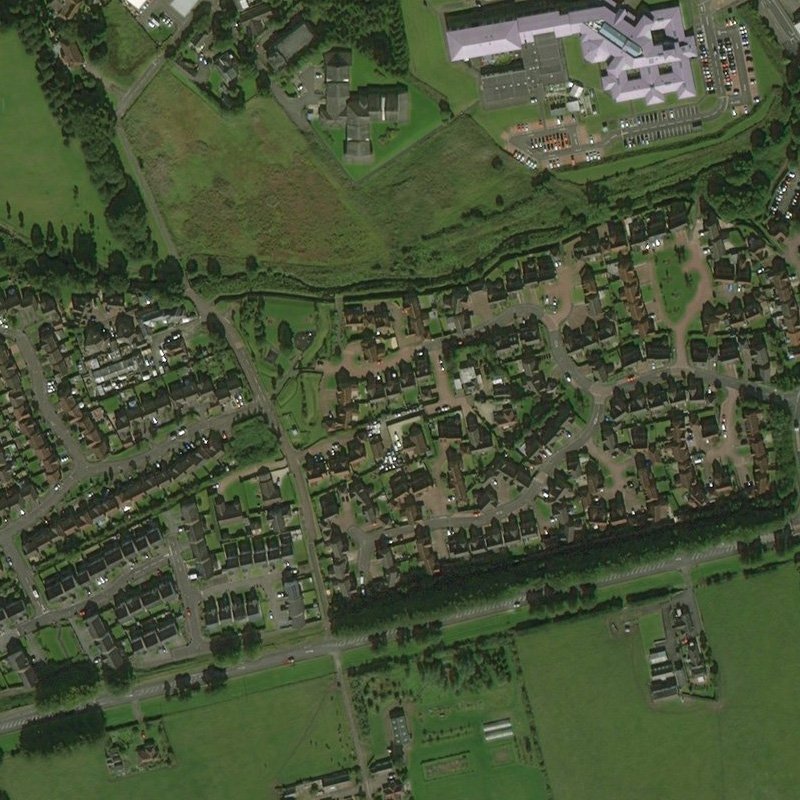 A New COALFIELD NEAR BROXBURN.

A coal mine was opened on Monday on the Holmes Farm, near Broxburn, by the Holmes Oil Company. The proprietor, Mr R. Bell of Clifton Hall, sunk the mine about eight years ago, shortly before the minerals were leased to the Holmes Oil Company. The mine, however, has been allowed to remain unused up till Monday, when a good sample of coal was brought to the surface. There is a seam of shale about three feet in depth above the coal. No coal has been raised in the district for upwards of 13 years.

Although Houston Colliery closed c.1850, prior to the emergence of the shale oil industry, it is included for completeness, being the most substantial working in the Houston Coal, and the site after which that seam was named. 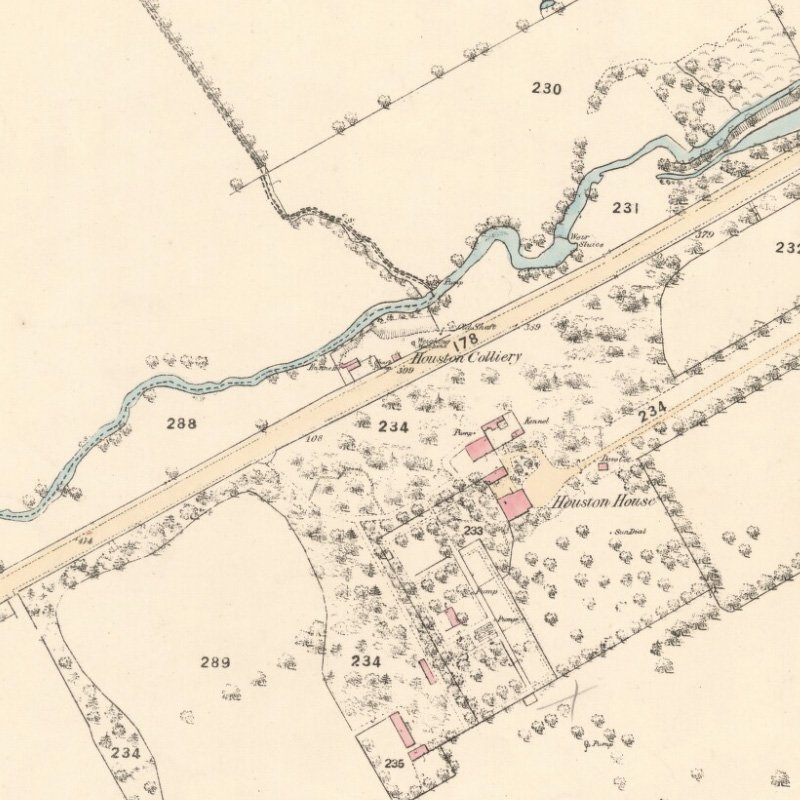 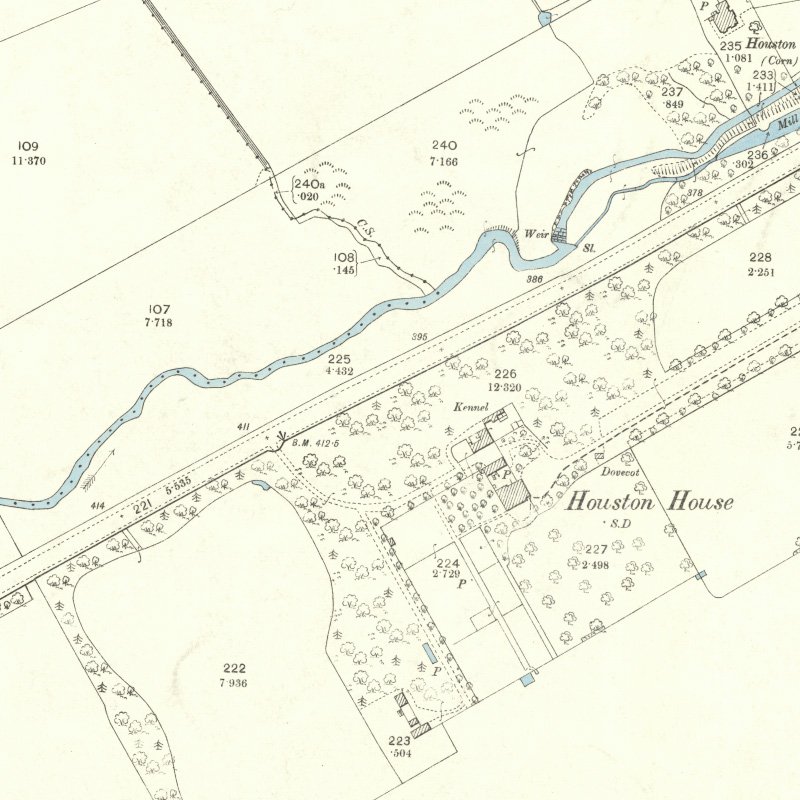 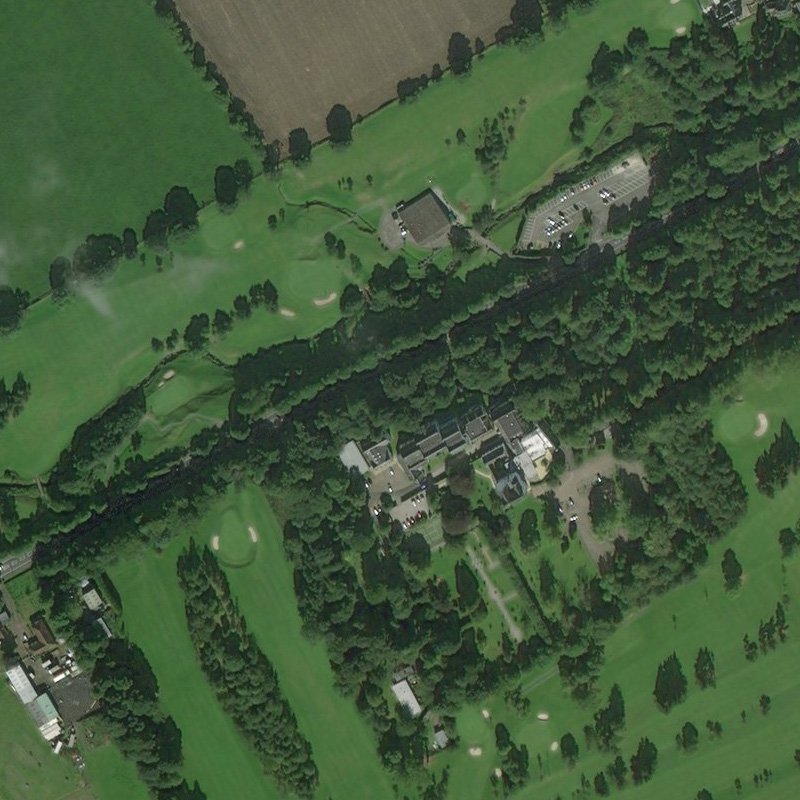 Close to Loaninghill Bridge, on the north side of the burn, one notices all that remains of the colliery that once stood here. In 1843 it gave employment to about twenty individuals, who wrought the Houston seam, said to be the deepest of the coal seams in the country.

History and Antiquities of the Parish of Uphall. Rev. James Primrose, 1898