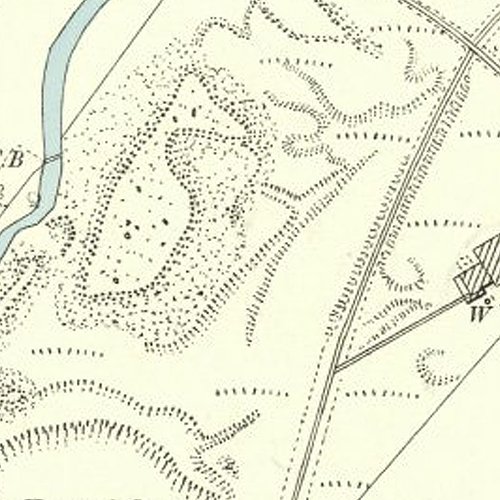 Geological Survey sketch plan LSP 461 (see Drawings, below) suggests an unusual arrangement in which the mineral railway reversed via a headshunt then entered the mine (the red line on the plan). This route was subsequently realigned to serve the quarry. 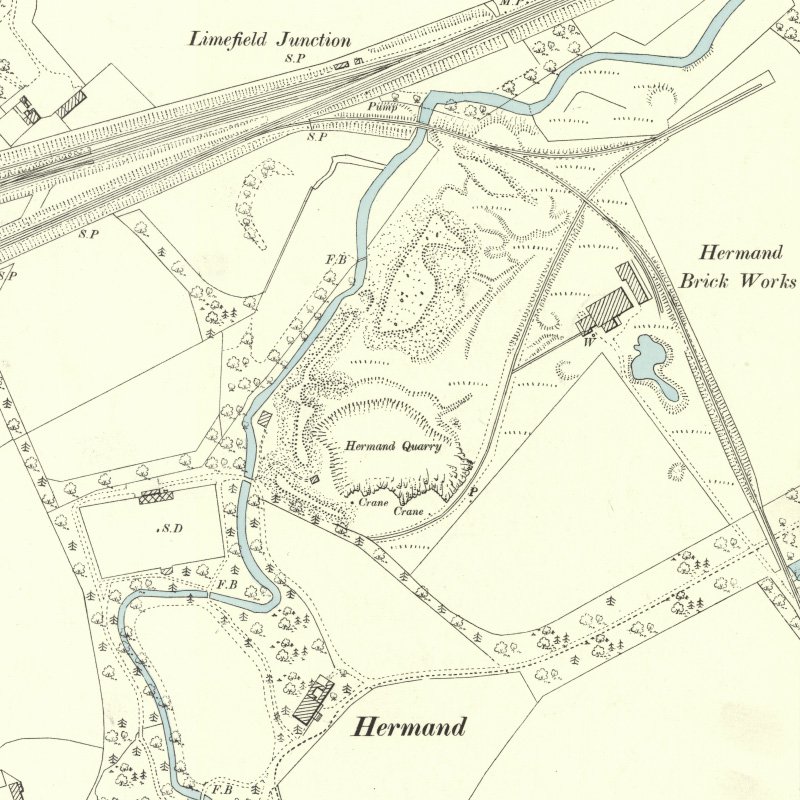 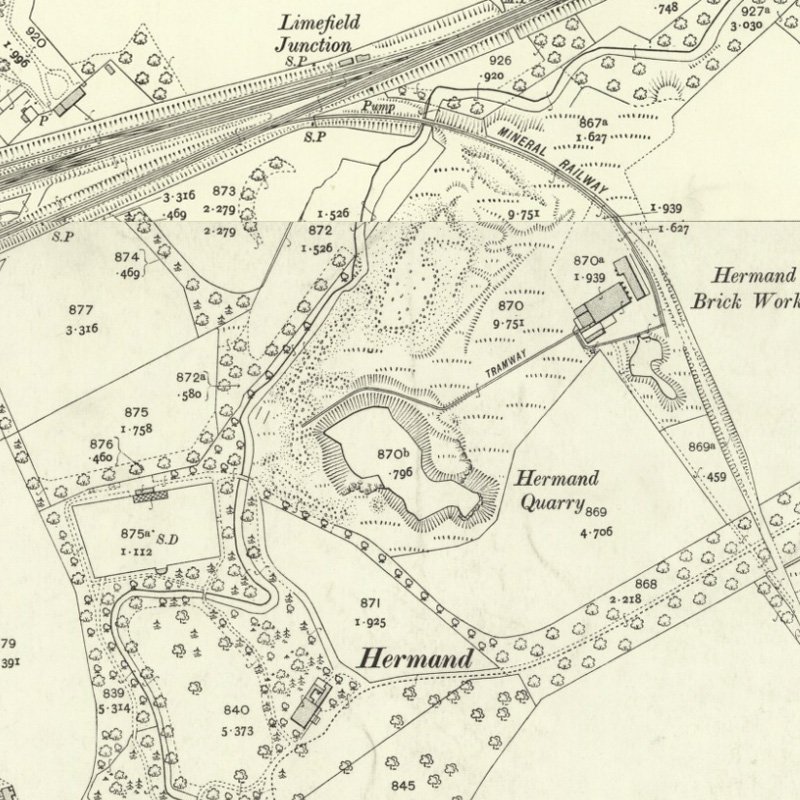 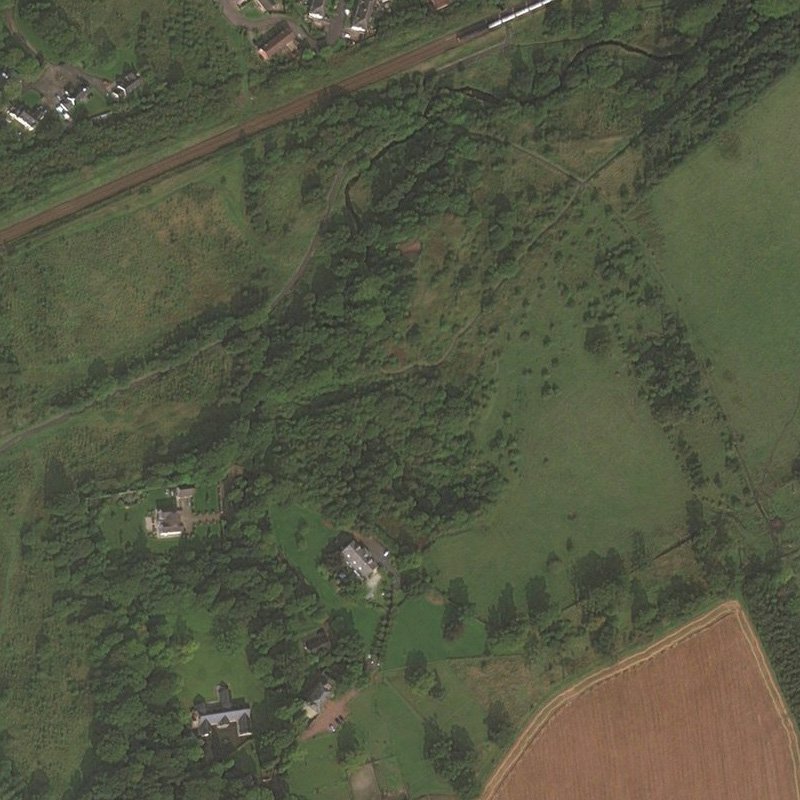 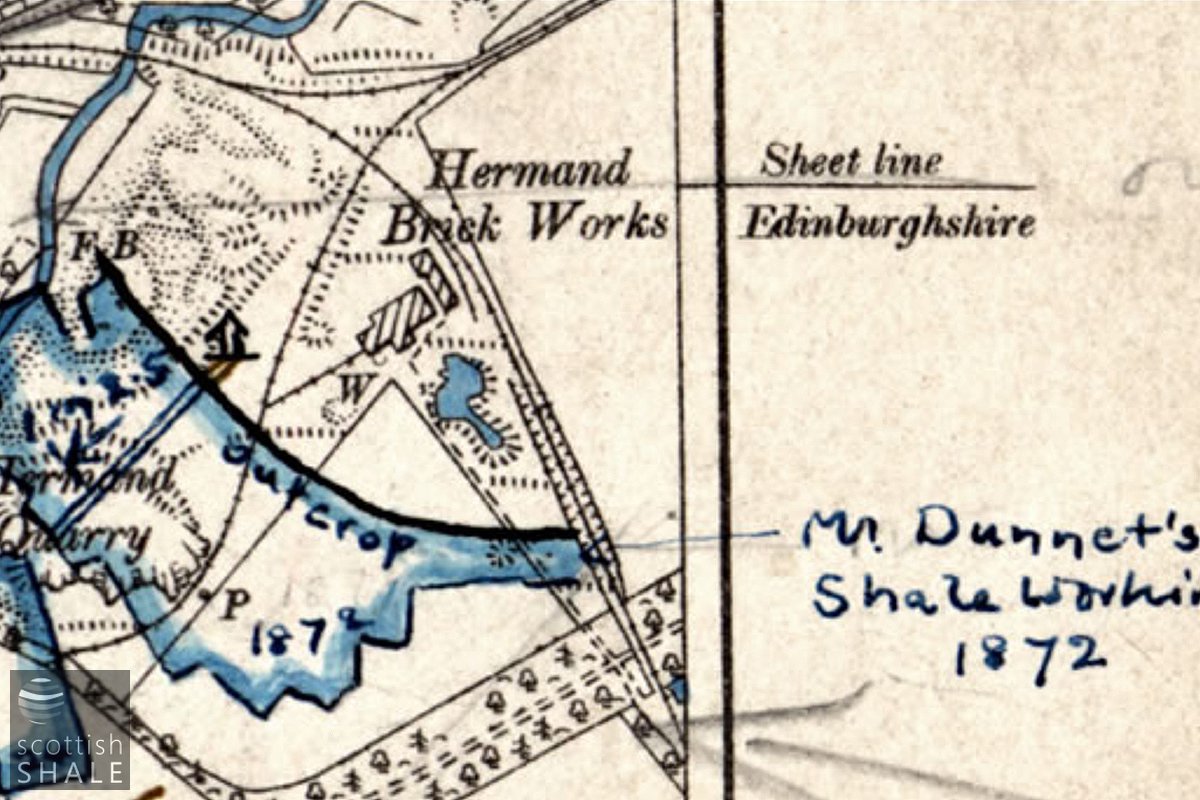 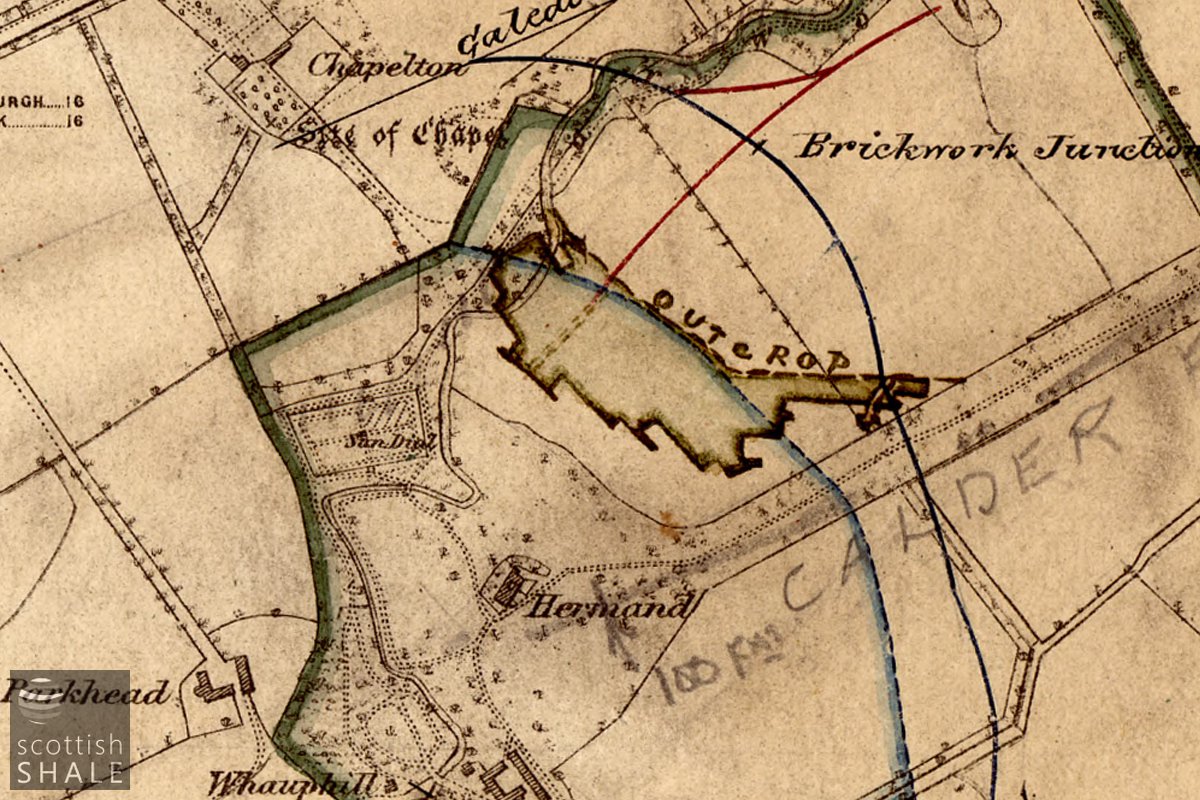 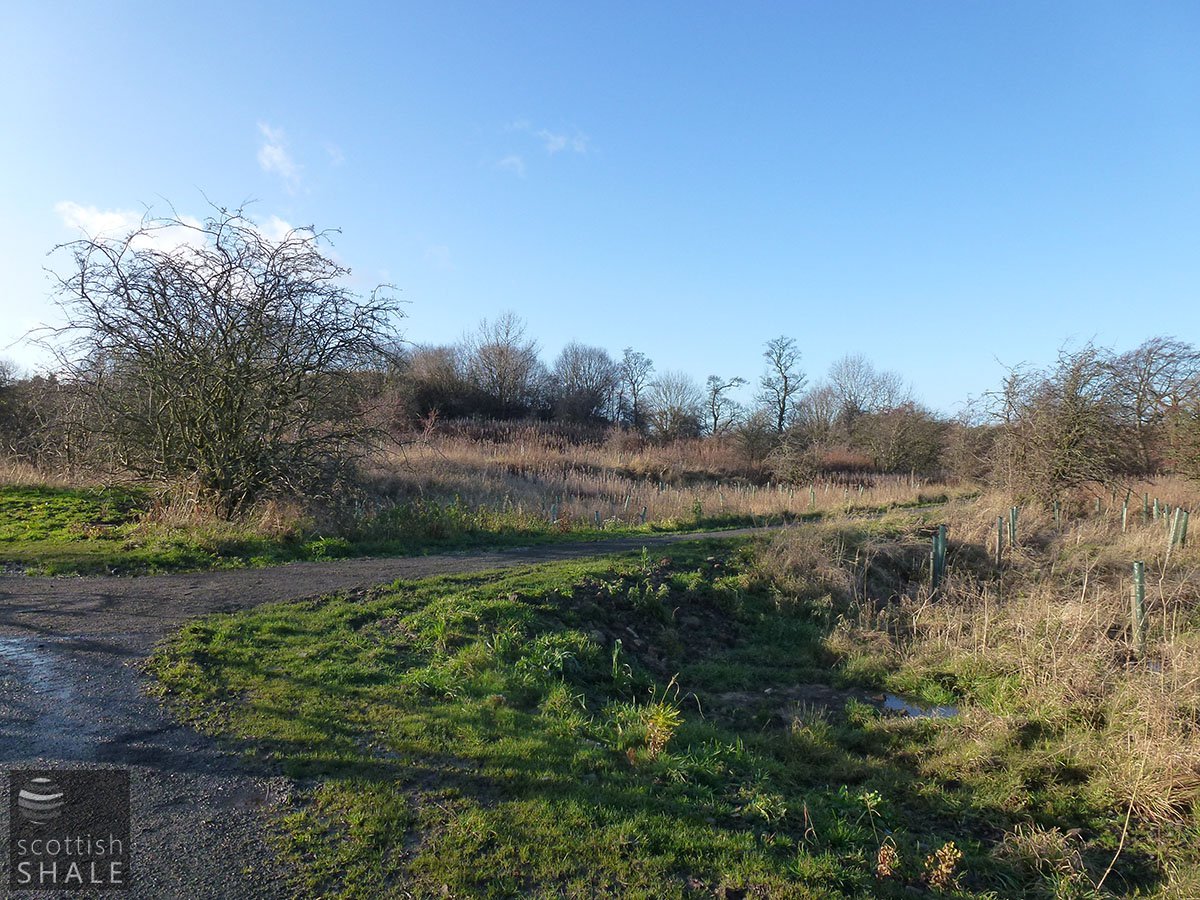 View towards site of mine from site of intersection of the mineral railways. Looking west. November 2011. 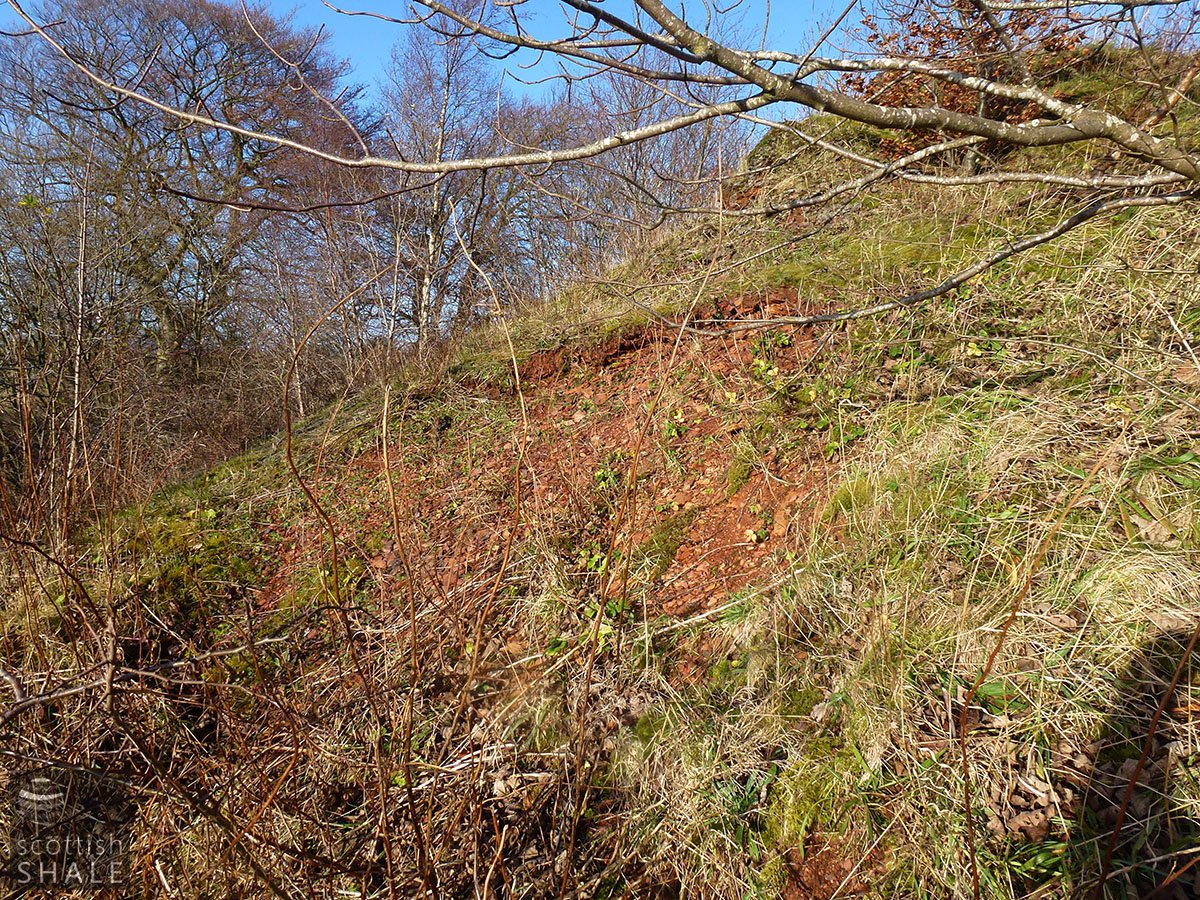 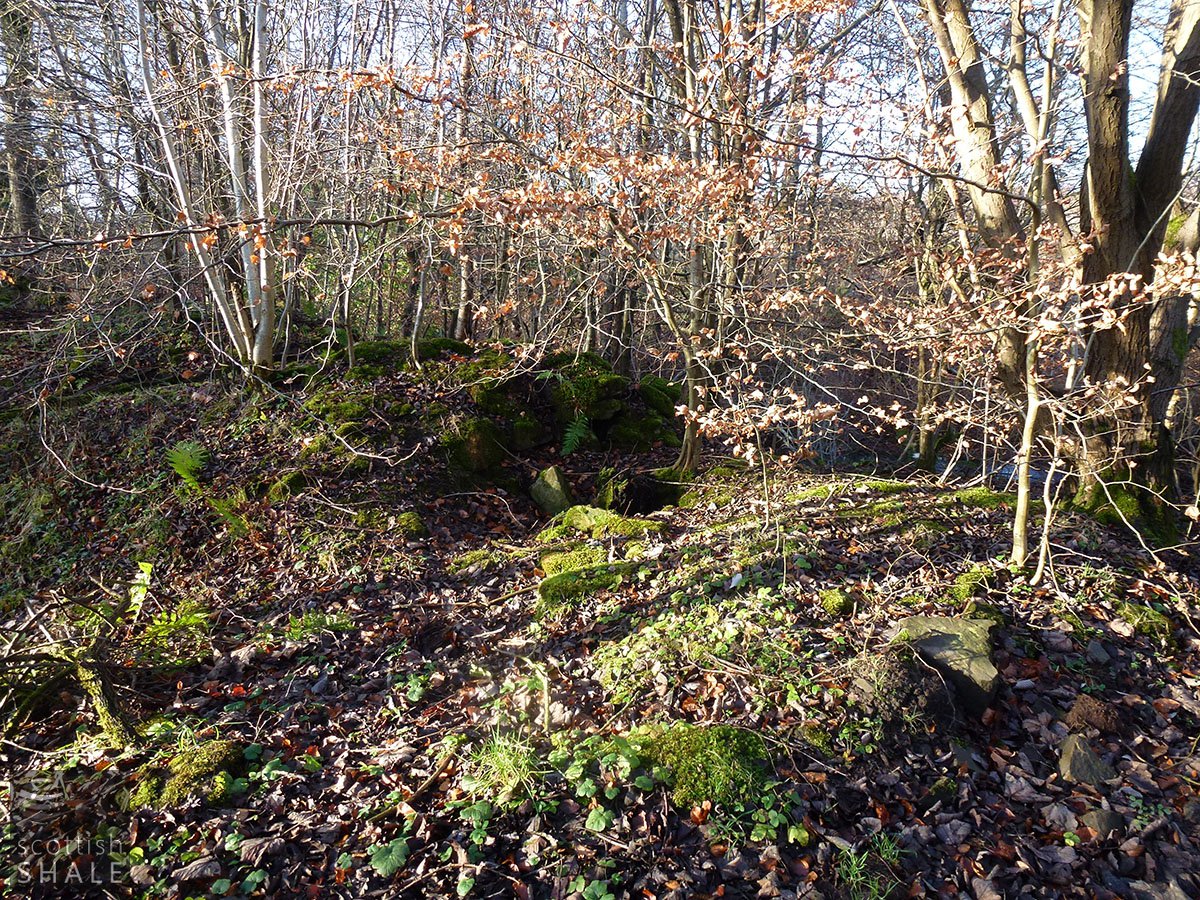 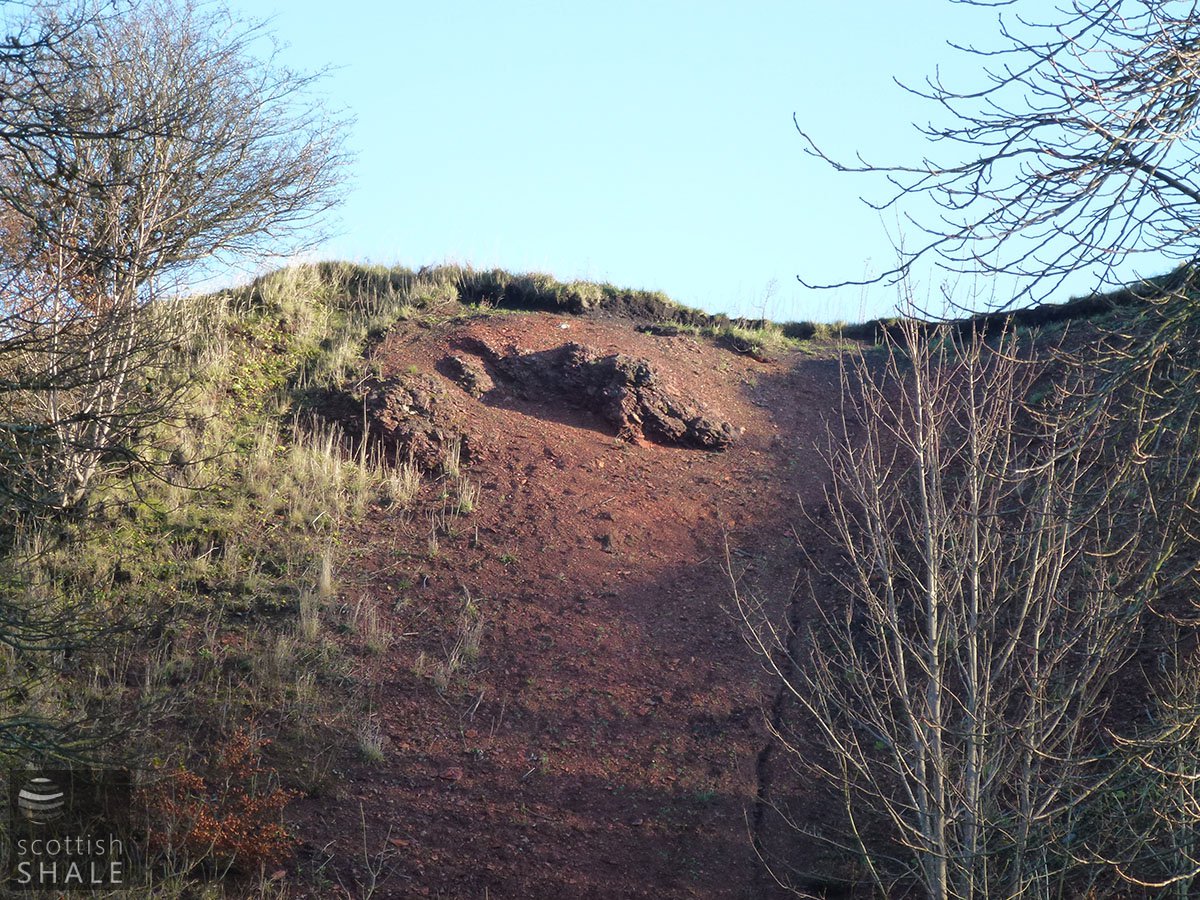