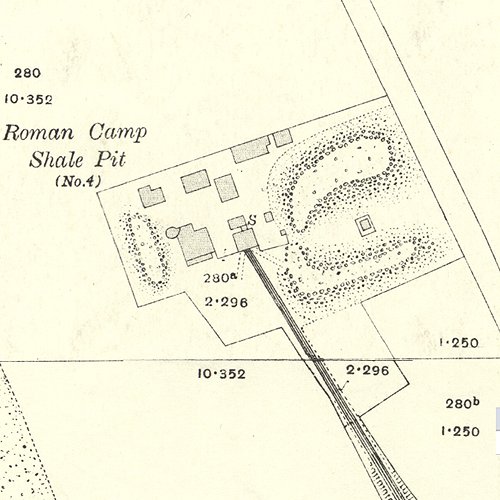 This pit, (previously known as Loaninghill No. 4), exploited the Stankards Basin; a restricted area of shales north of Edinburgh - Bathgate railway that were previously worked by Stankards No. 1 Pit. A tramway passing beneath the railway carried hutches of shale to Roman Camp Oil Works.

Mapped by the Ordnance Survey of c.1916, showing the main shaft (marked "S") with apparently a second shaft to the west between the two bings. 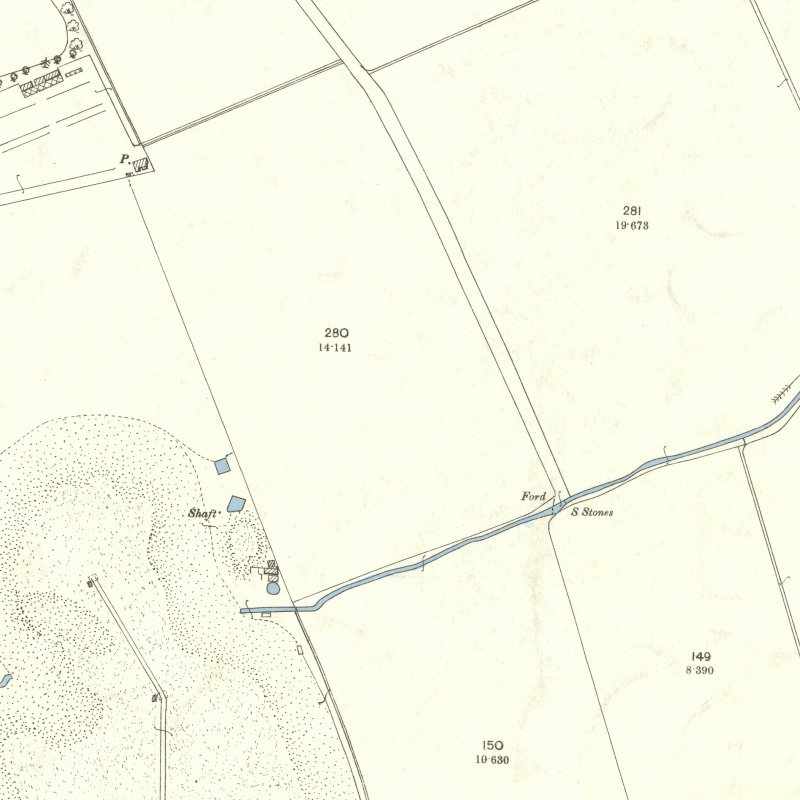 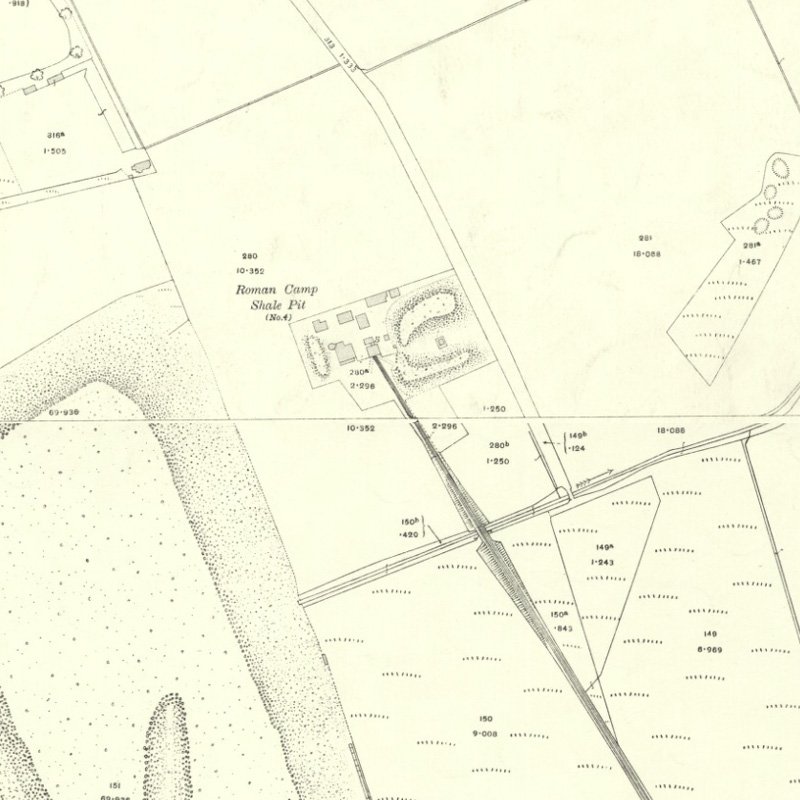 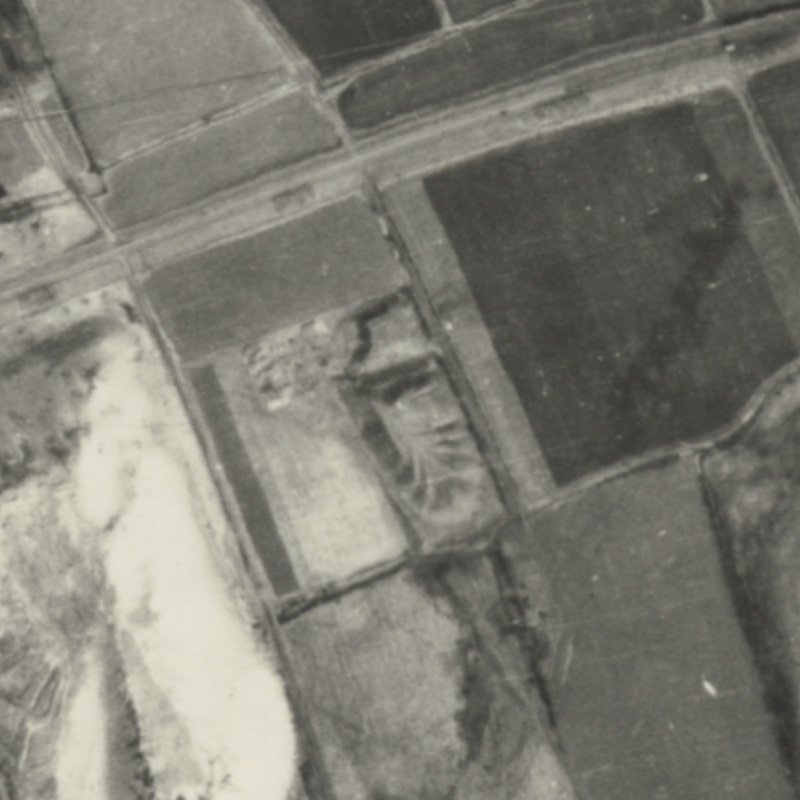 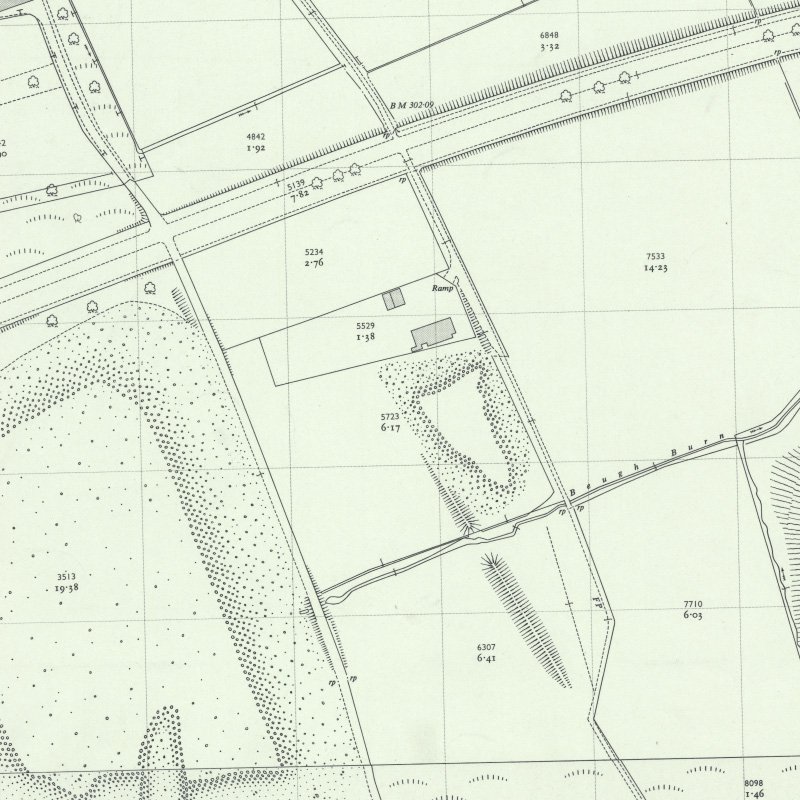 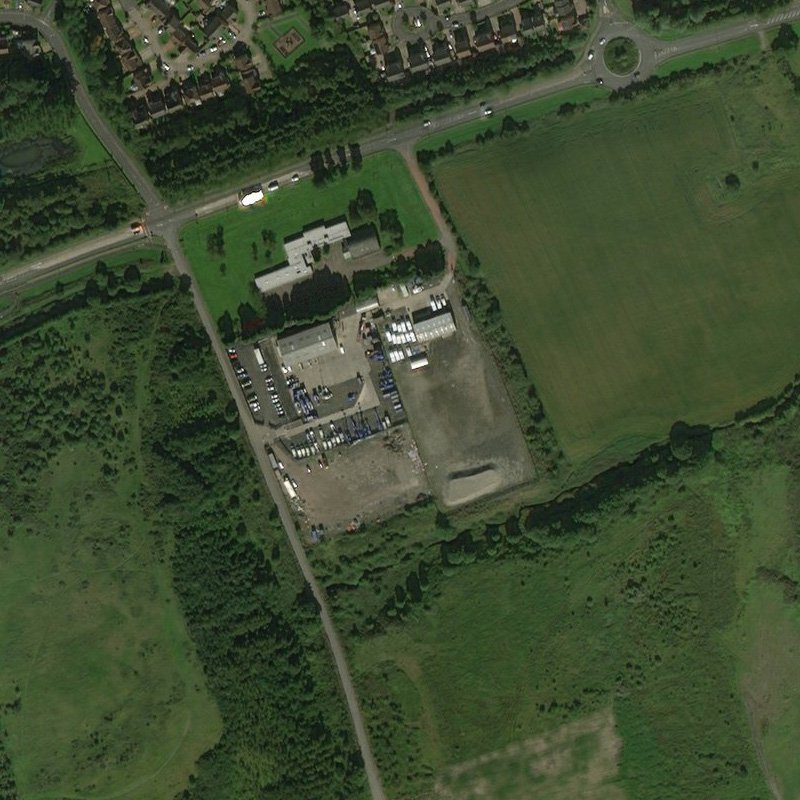 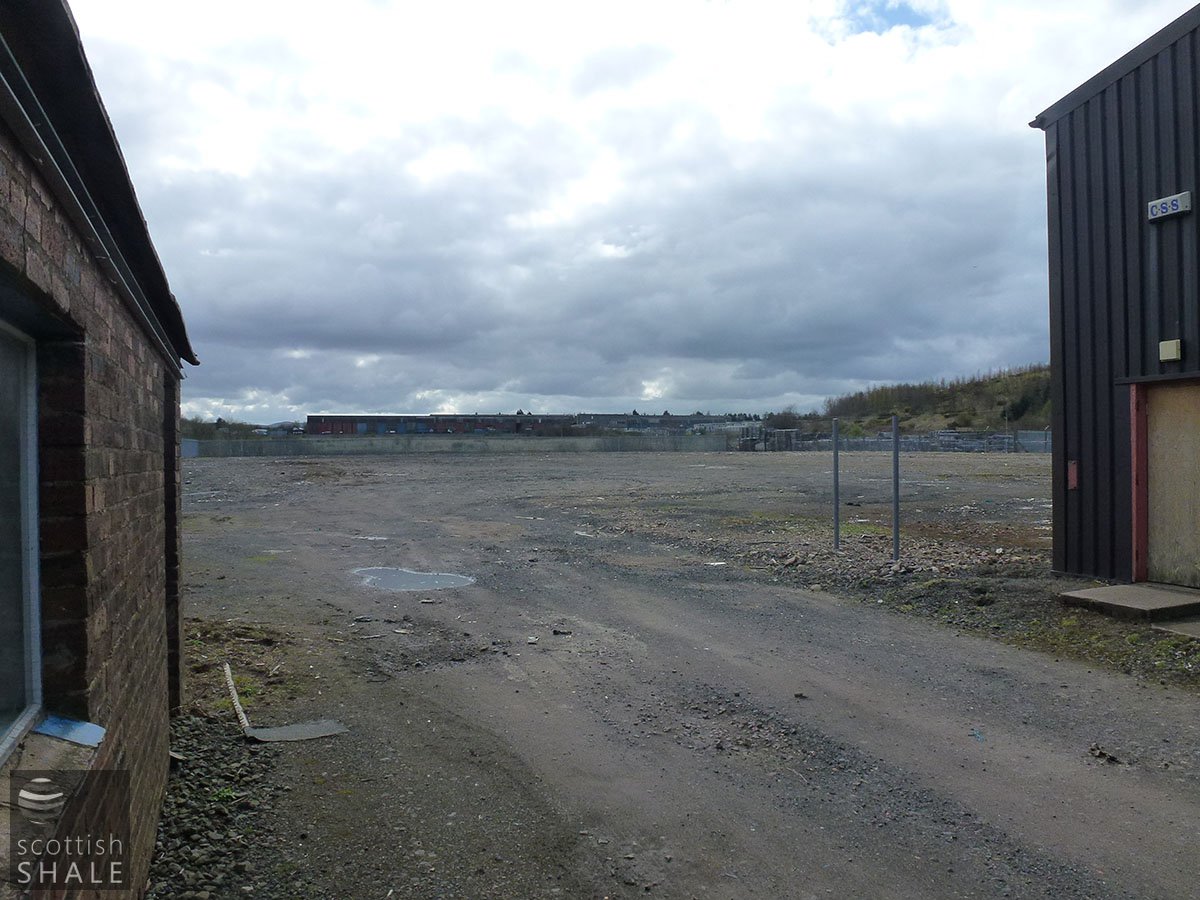 Site of No. 4 Pit, with remains of Uphall Oil Works bing to the right. Looking south. April 2012. 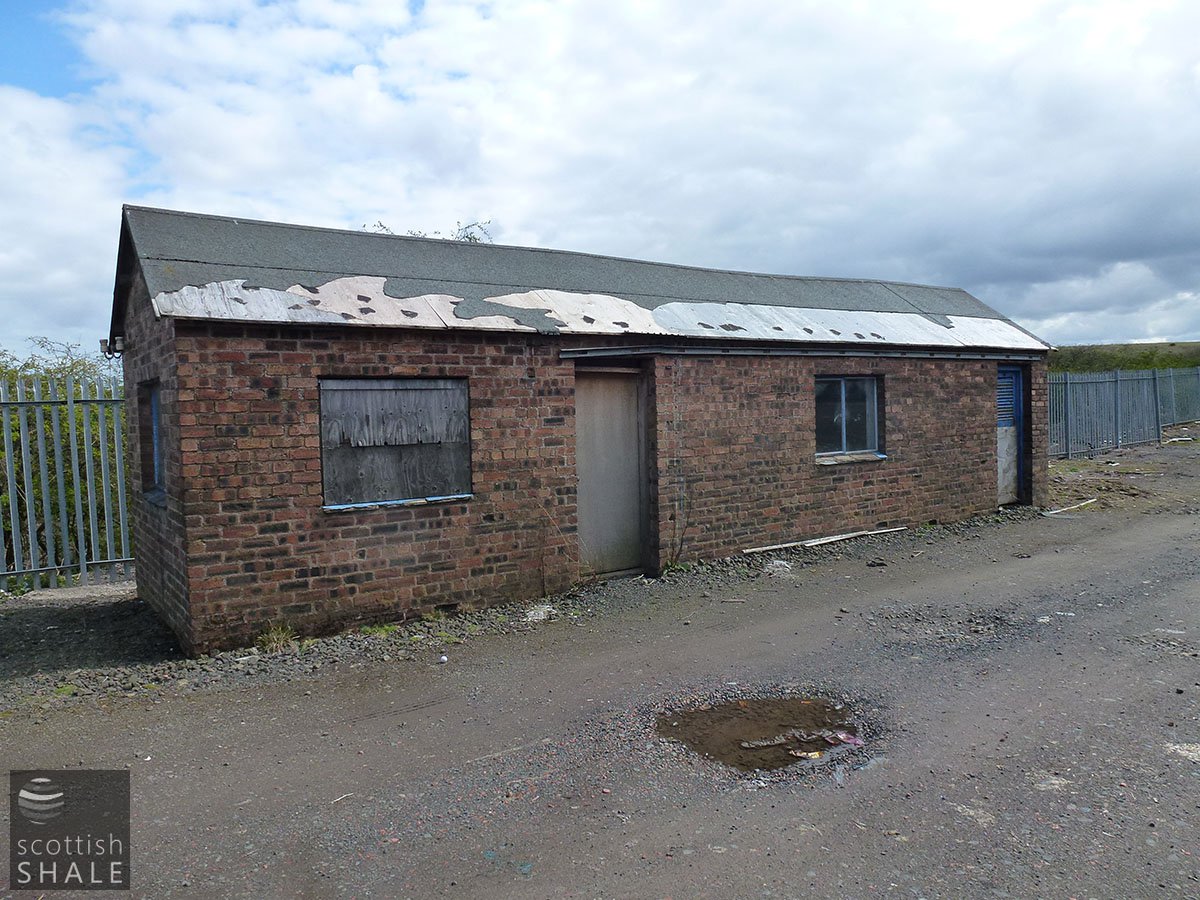 Brick building - probably not contemporary with the mine. Looking South east. April 2012. 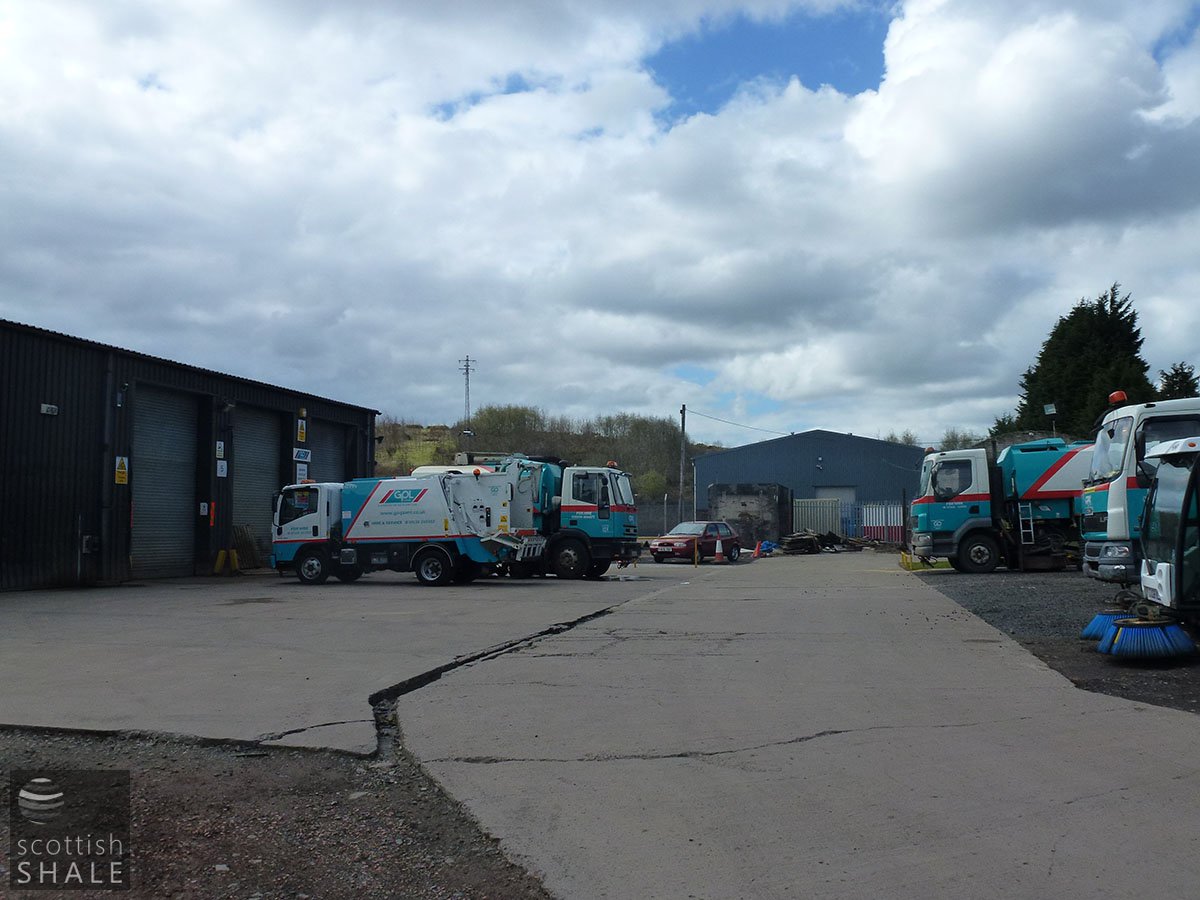 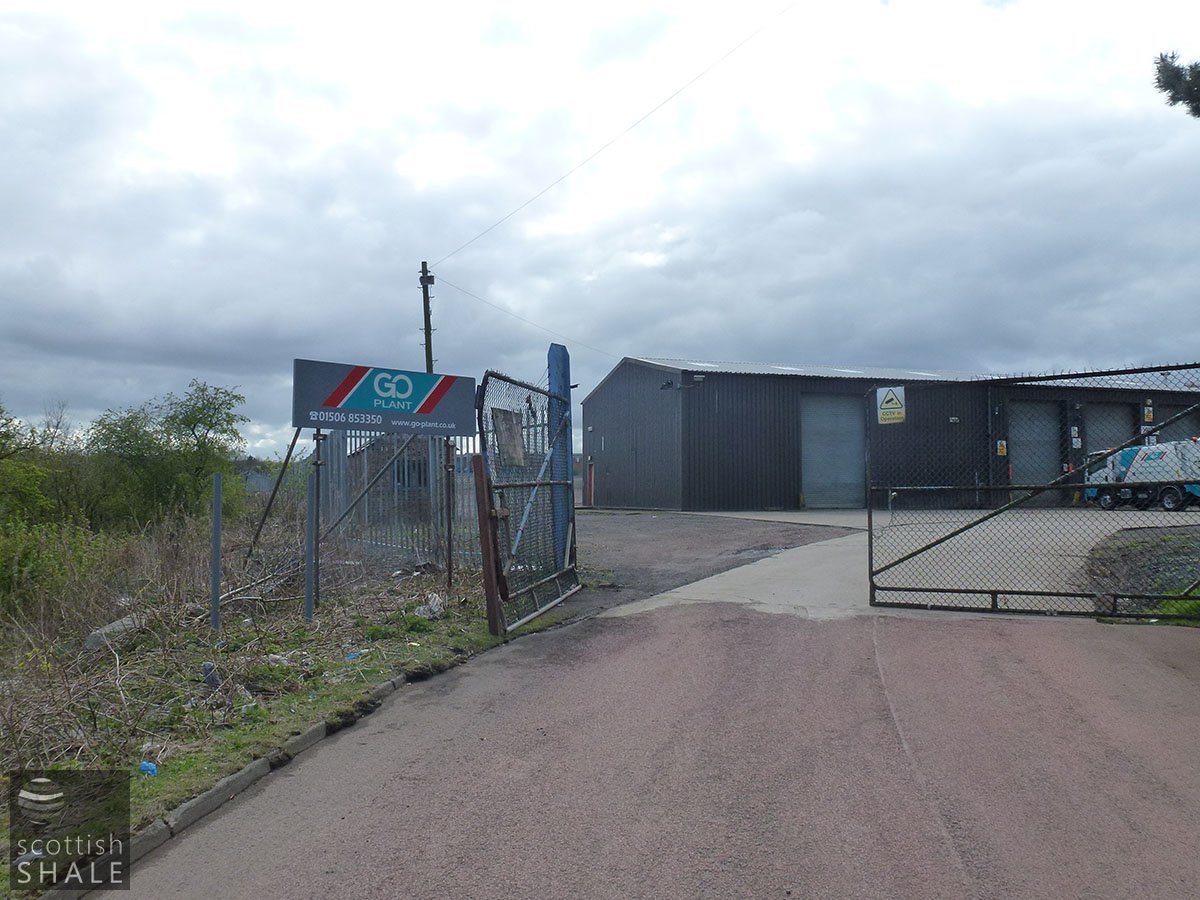 The old mine workings in the Broxburn shale at (Stankards) proved that this seam dips at an angle of 15 degrees while the Pumpherston shale around Powflats dips north and northwest. A new pit is at present being sunk to the Broxburn shale, a short distance to the south-east of Middleton Hall, and when its underground workings are opened out they will doubtless throw light upon the structure of this area.

The roof is still giving trouble as a result of the crush, and this has affected the costs in this mine (June 1924). A severe crush has also made itself felt in the north side of the mine (June 1925).

Along the western side of the (Stankards) basin, the Broxburn shales were worked from No.1 Stankards Pit, which was abandoned in 1873. The eastern area of the Broxburn shales was raised from a pit first known as Loaninghill and later as No.4 until 1926, by which time the seam had been practically worked out. The Fells shale was tapped from the same pit and found to be not worth working.