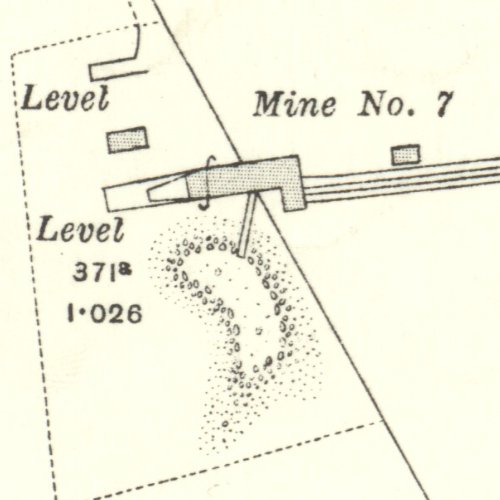 Worked in association with Deans No. 6 Mine.

Mapped by the Ordnance Survey of c.1916, showing the mine in operation. 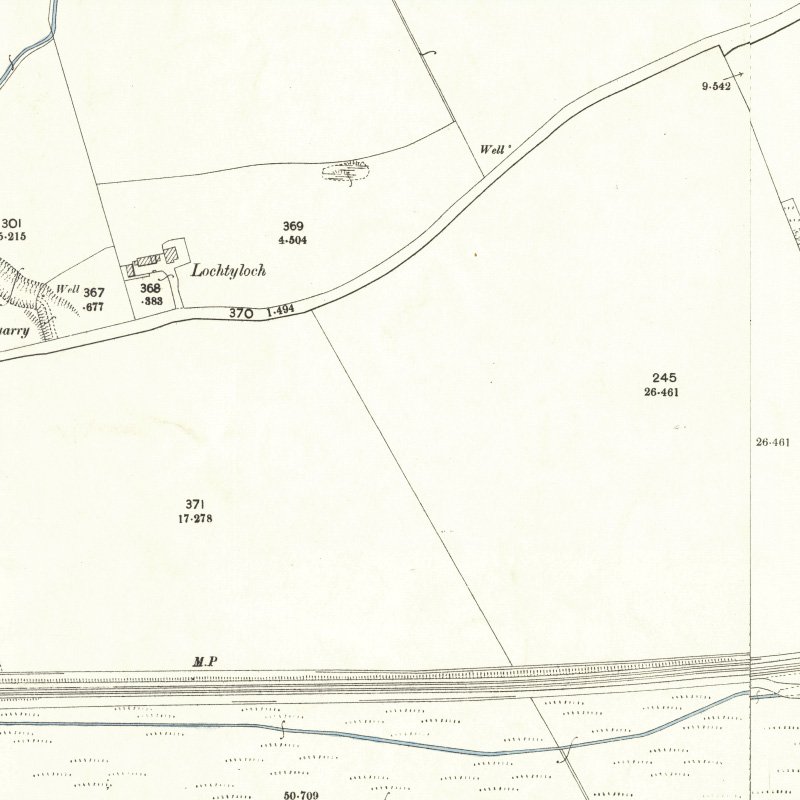 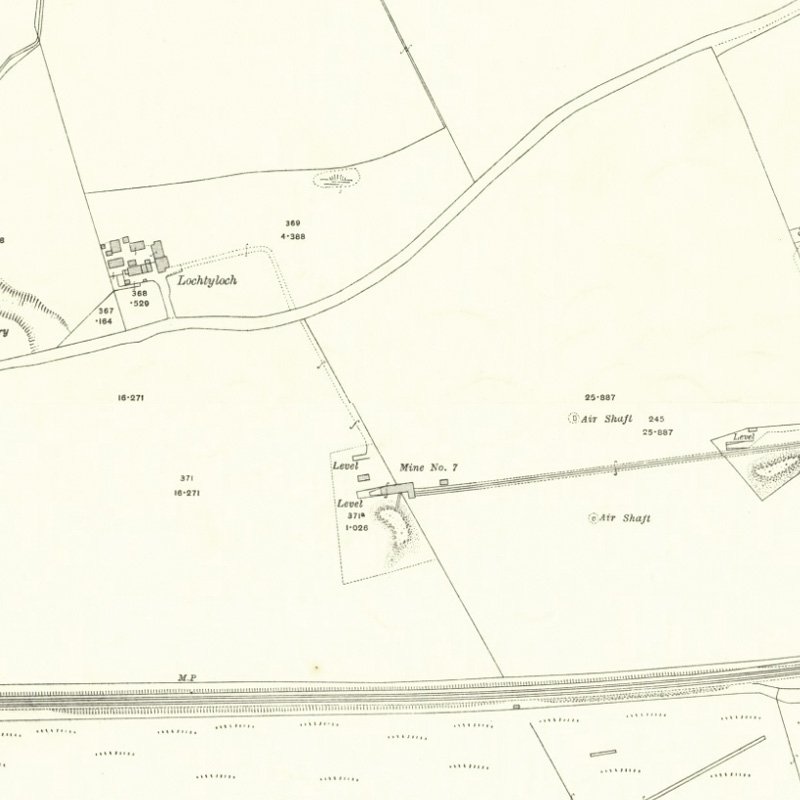 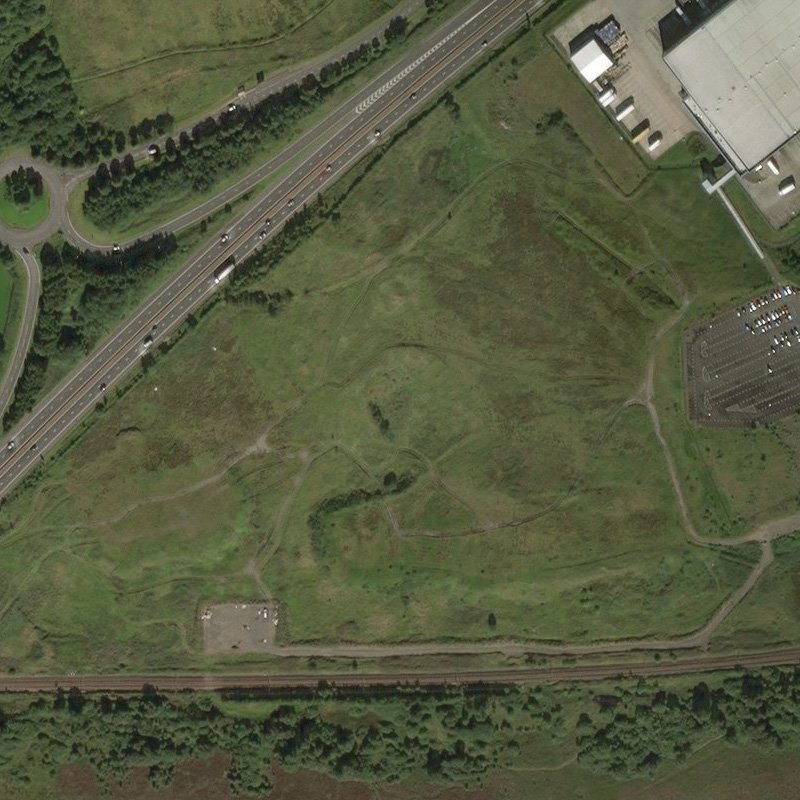 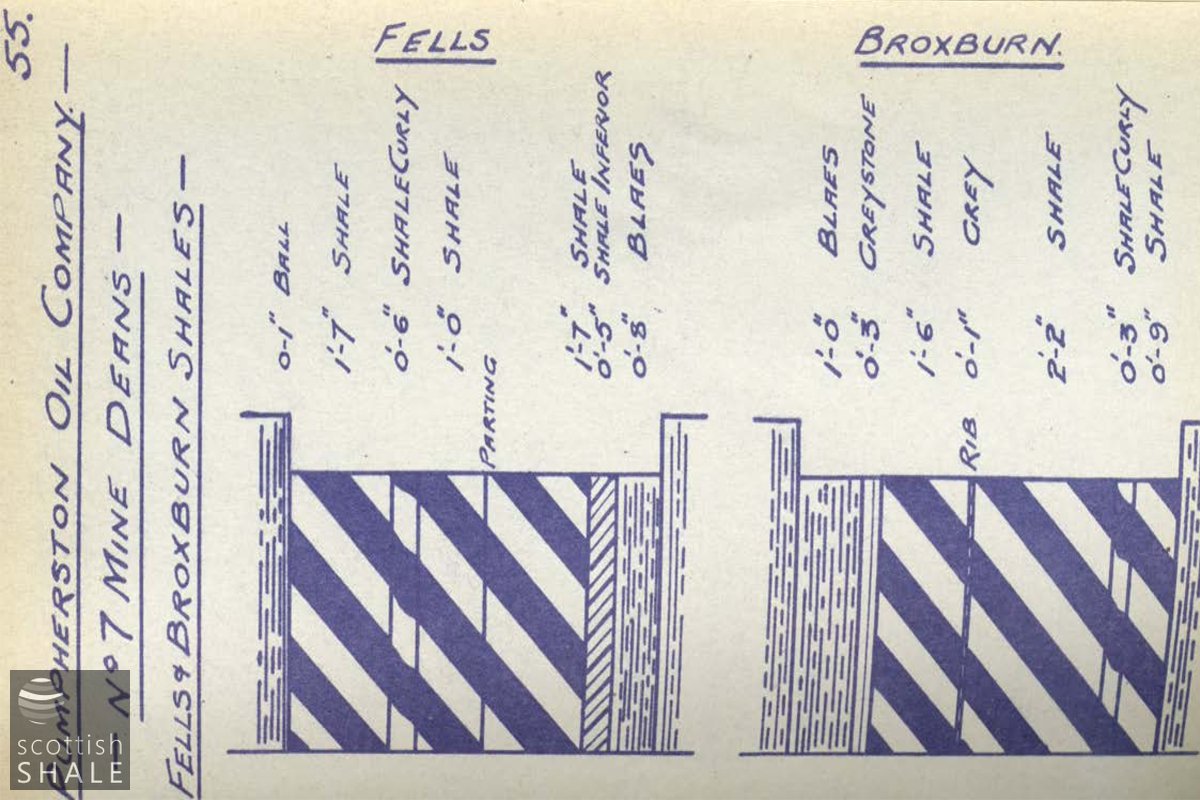 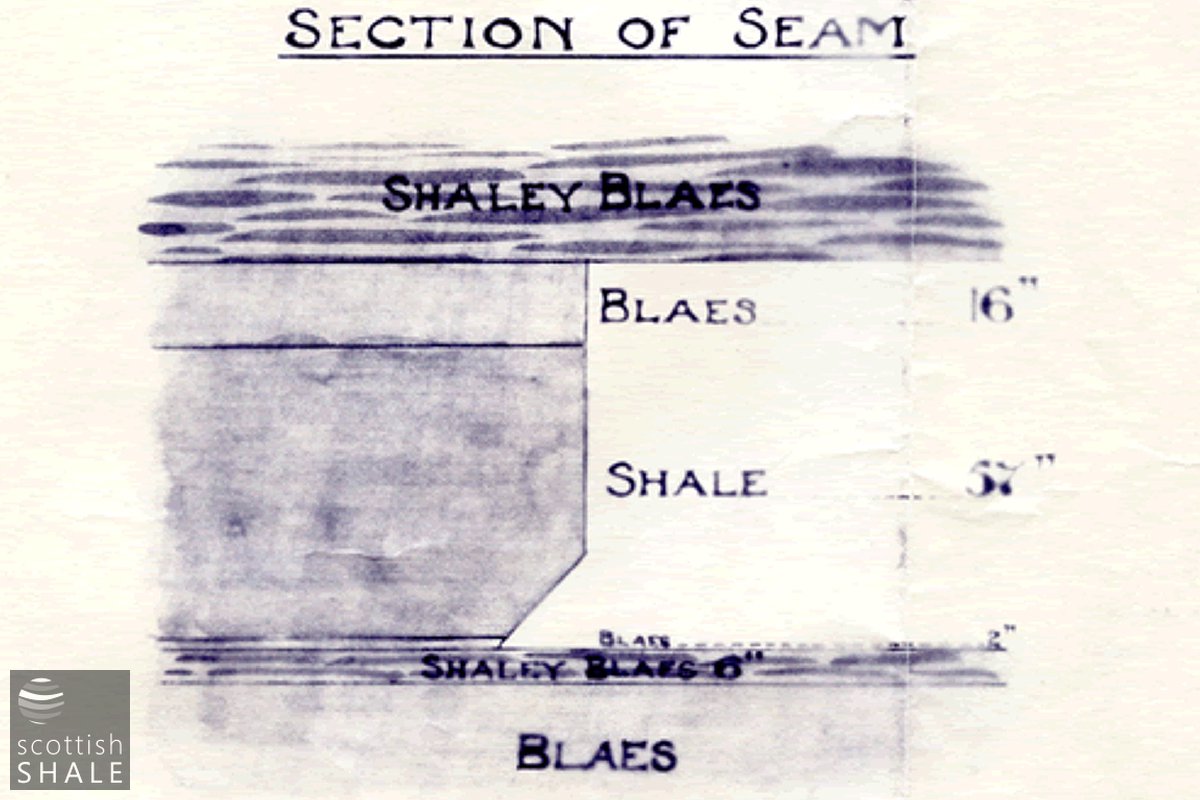 Section of seam from mine abandonment plan. 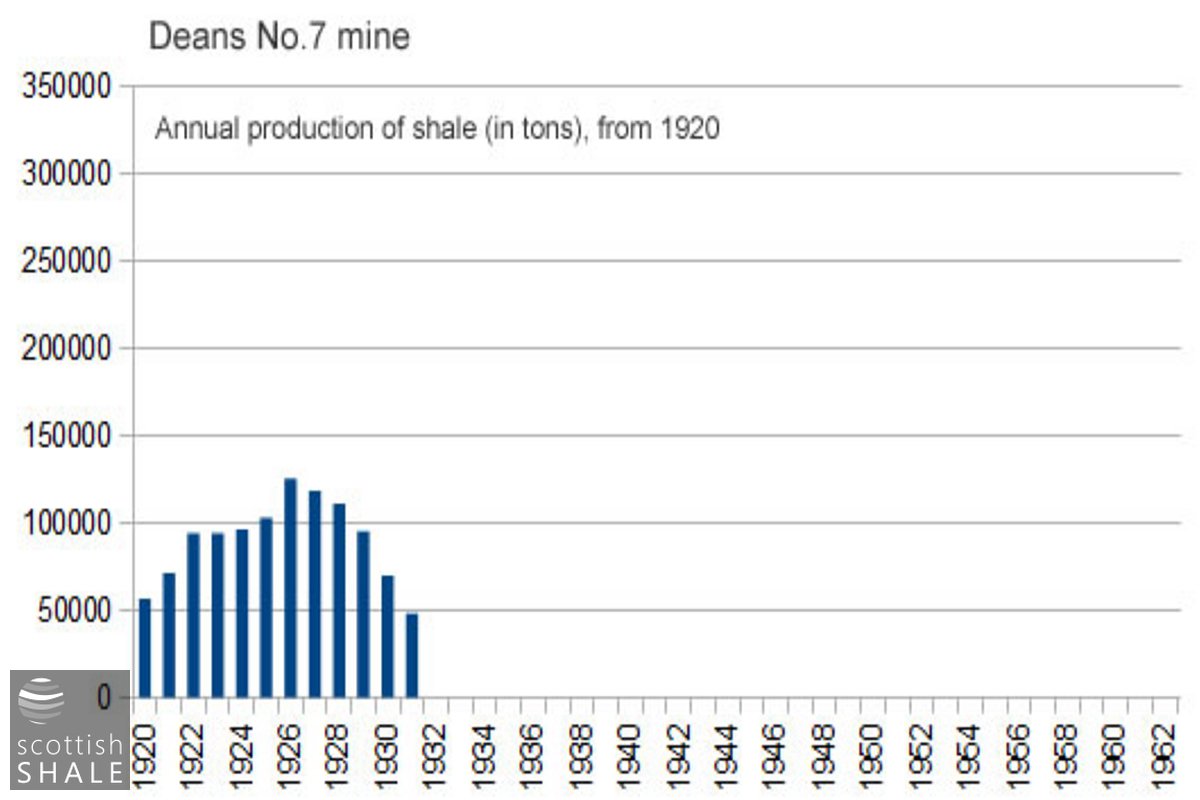 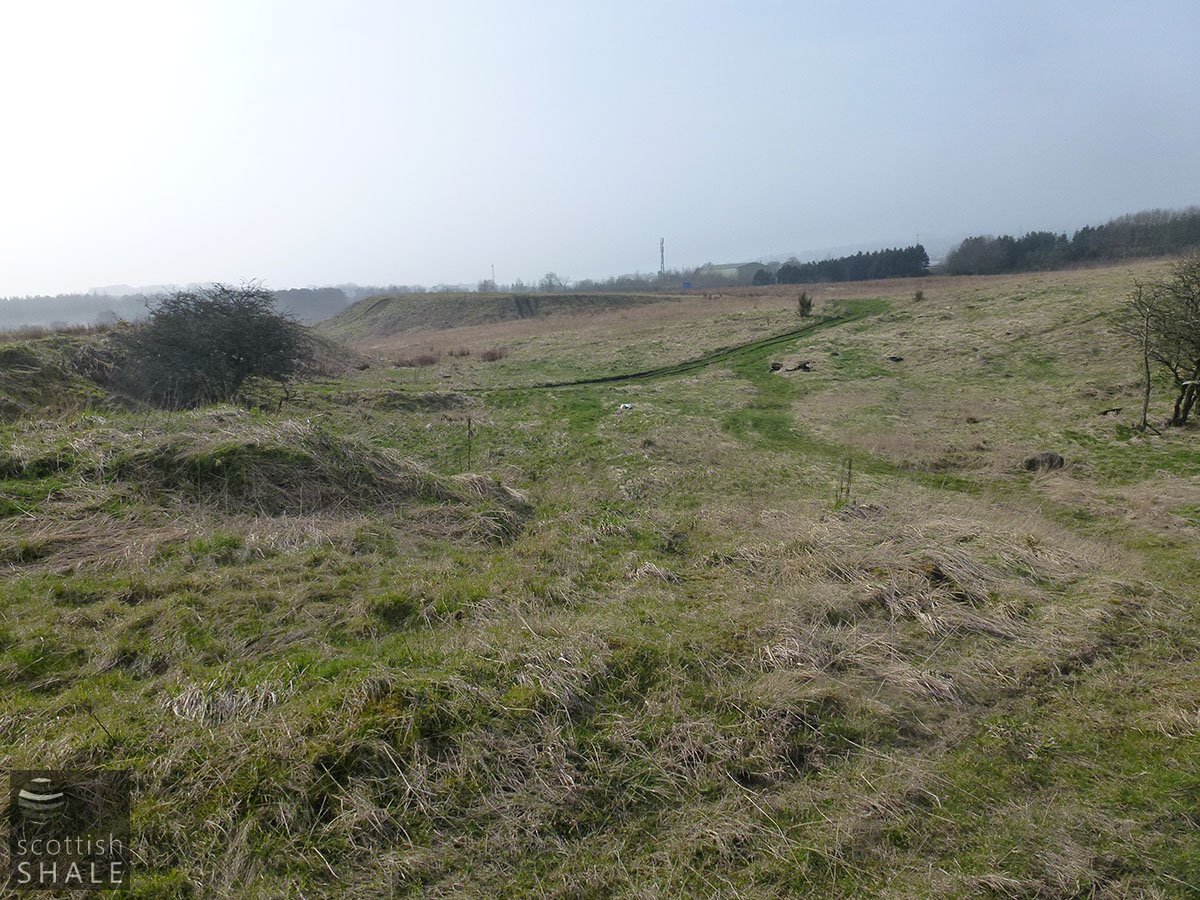 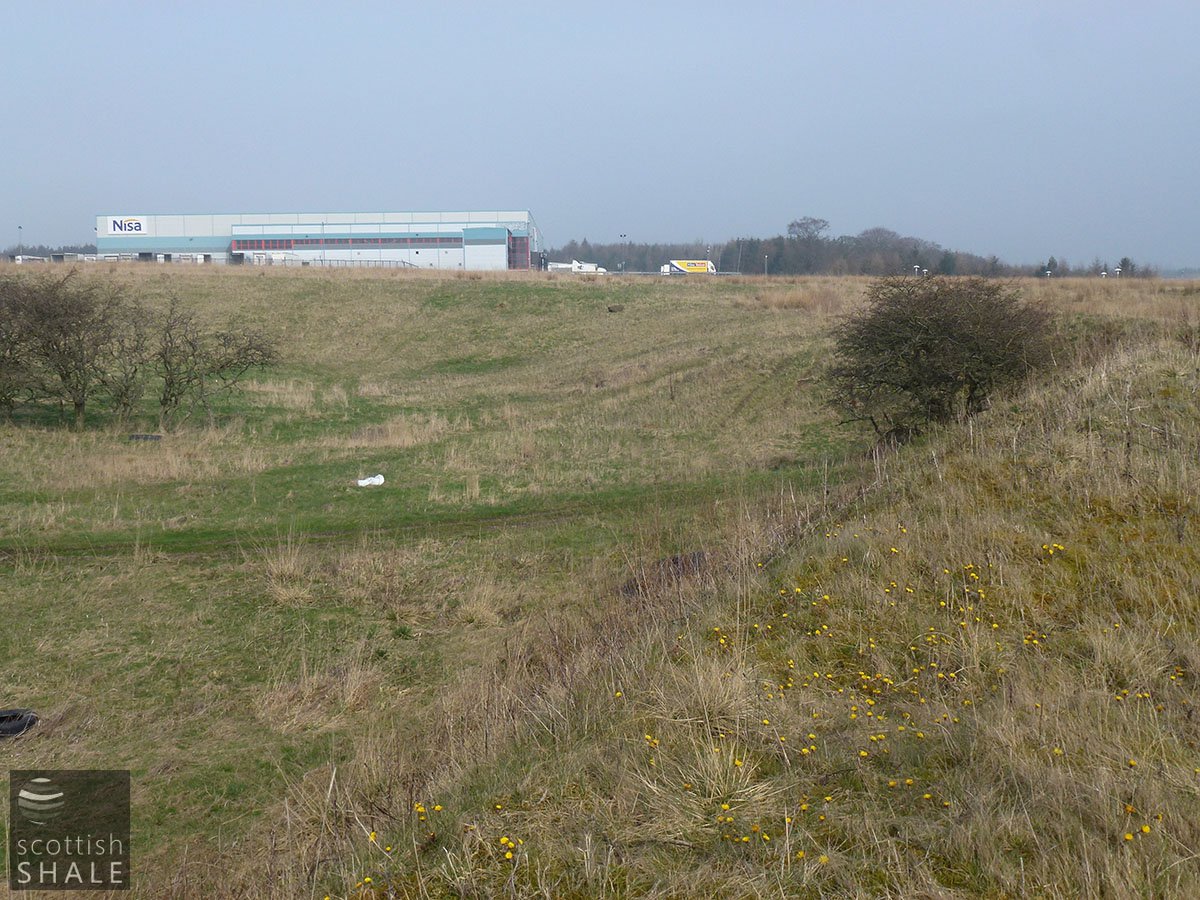 Approximate site of No. 7 Mine. The bushes represent the original hedge-line and level of ground. March 2012. 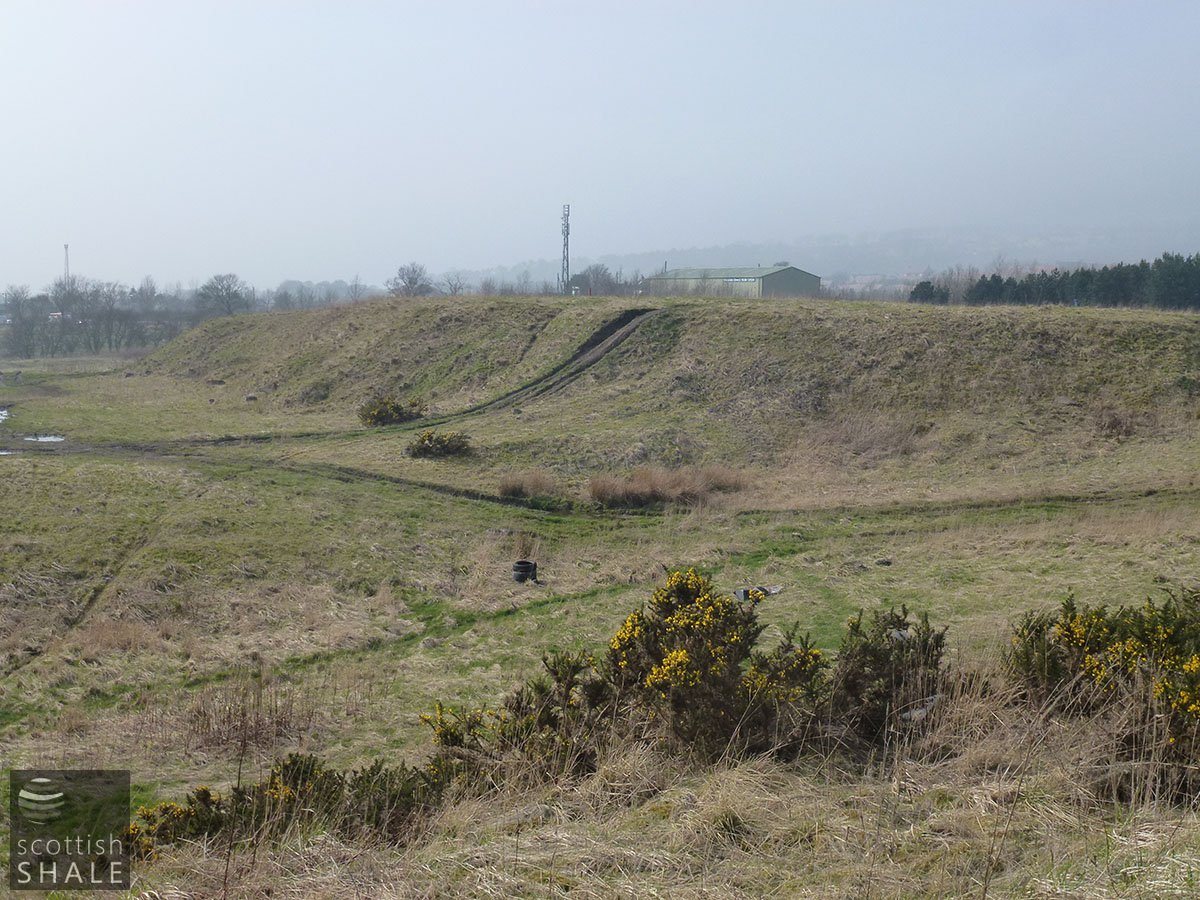 A number of tests have been made on the Broxburn shale in the old No.6 mine which had recently been re-entered from No.7 mine, but the results so far have not been encouraging. On account of the thin seam, the cost of working is high but further trials will be made (March 1923). Some improvements have been made to pumping arrangements at No.7 mine Deans, for which a spare pump is being got from one of the Broxburn mines (November 1923). Another fault has been encountered beyond one which had previously taken place and which is now being timbered and cleared (May 1924). Two places in the Fells Seam have reached the big fault on the North, and we are preparing to commence stooping in this portion (April 1925).