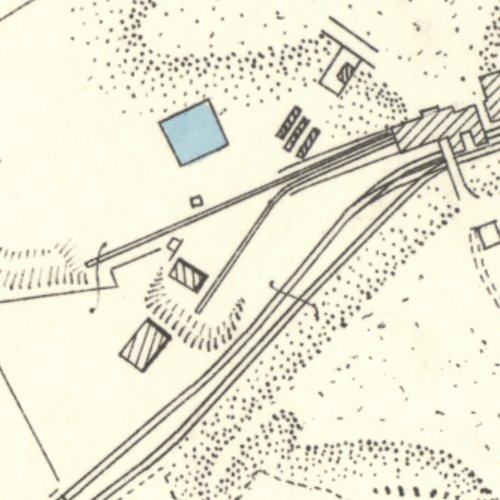 A series of mines at the outcrop of the Broxburn Shales in an area that was subsequently opencast. These workings were ultimately linked to those of Pyothall No. 5 Pit. A further phase of open-cast working began immediately after WW2 and continued until 1959 from two quarries; Haycraigs A and Haycraigs B.

Mineral statistics for 1883 record that Haycraigs mine worked the Broxburn shale by stoop and room, 20 being employed above ground and 113 below ground (25 and 175 in 1884), under the management of Alex Kennedy. Downcast and upcast shafts measured 7'x7' and 9'x6' respectively, the fiery workings being ventilated by fan. A second 6x6 downcast shaft is recorded, presumably for ventilation.

Mapped by the Ordnance Survey of c.1897, showing areas of quarrying and two mines heading to the south west. 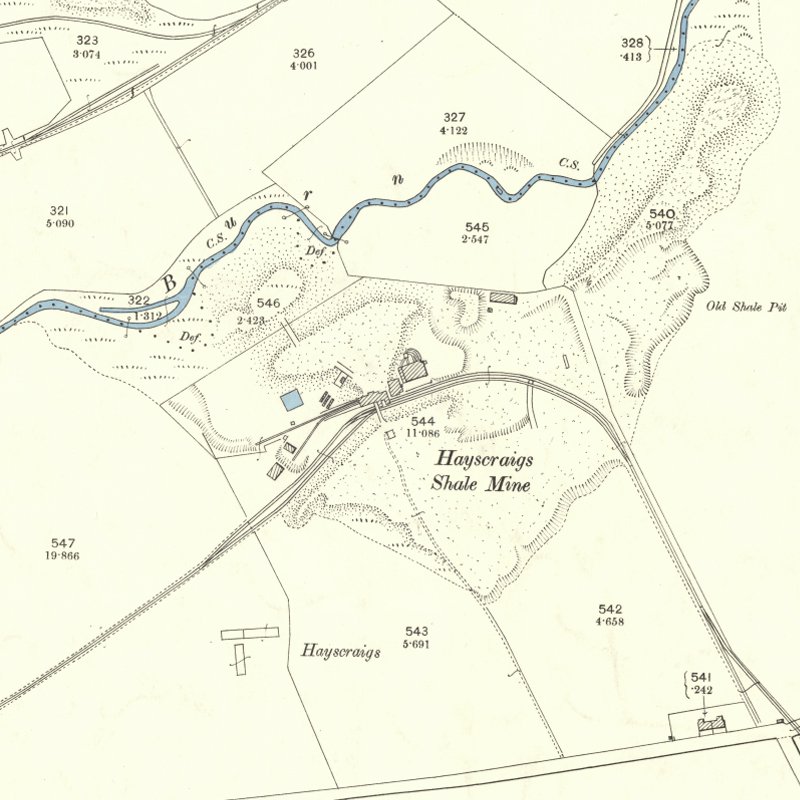 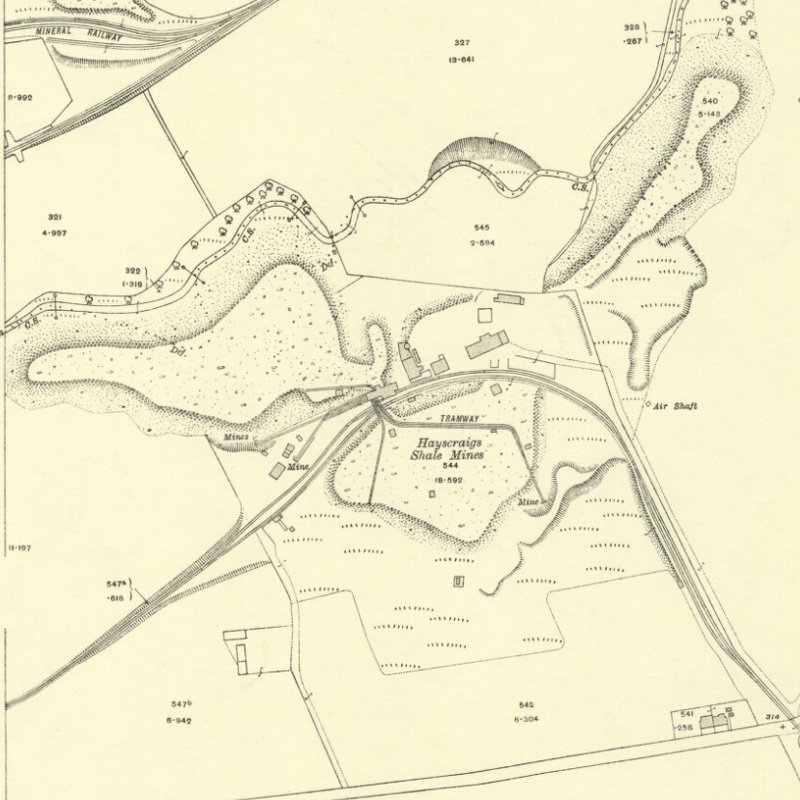 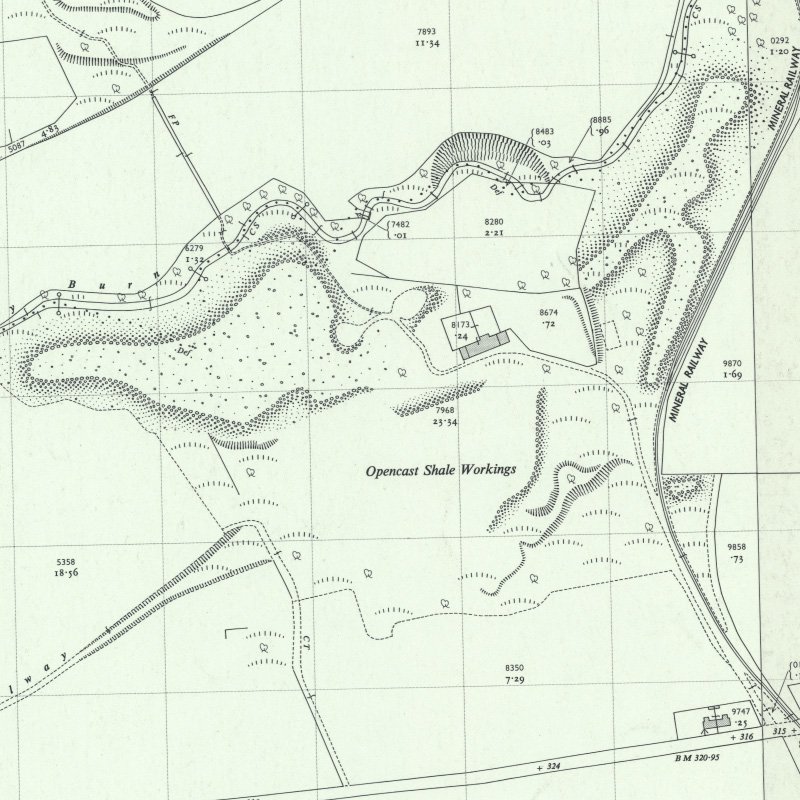 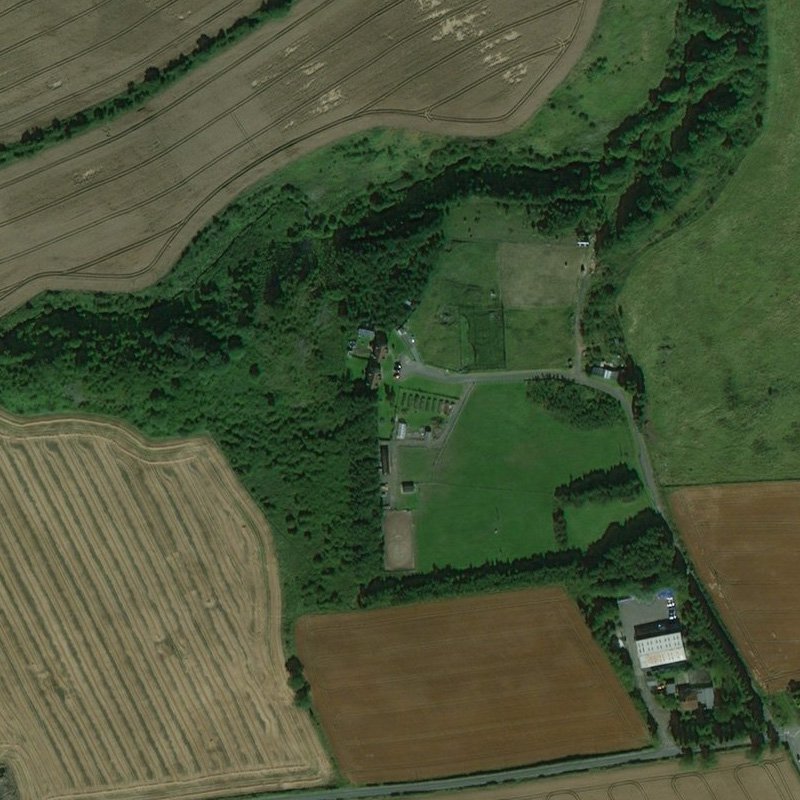 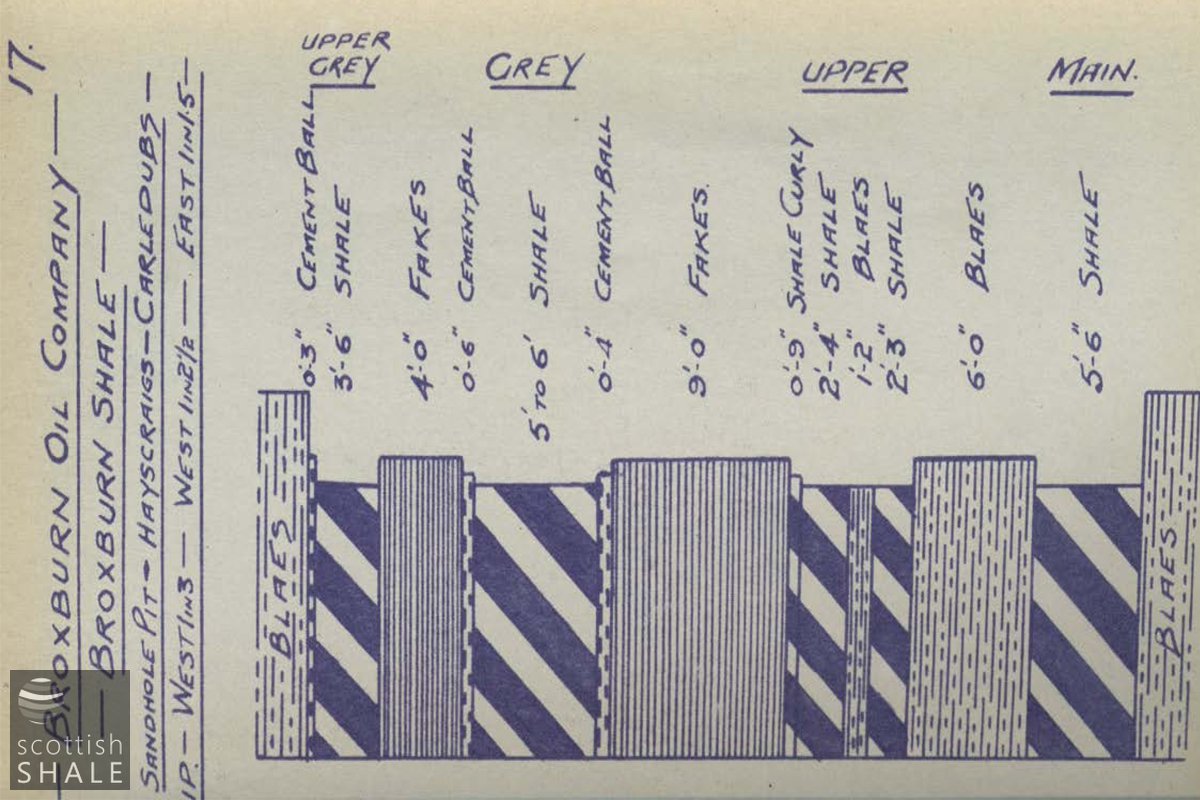 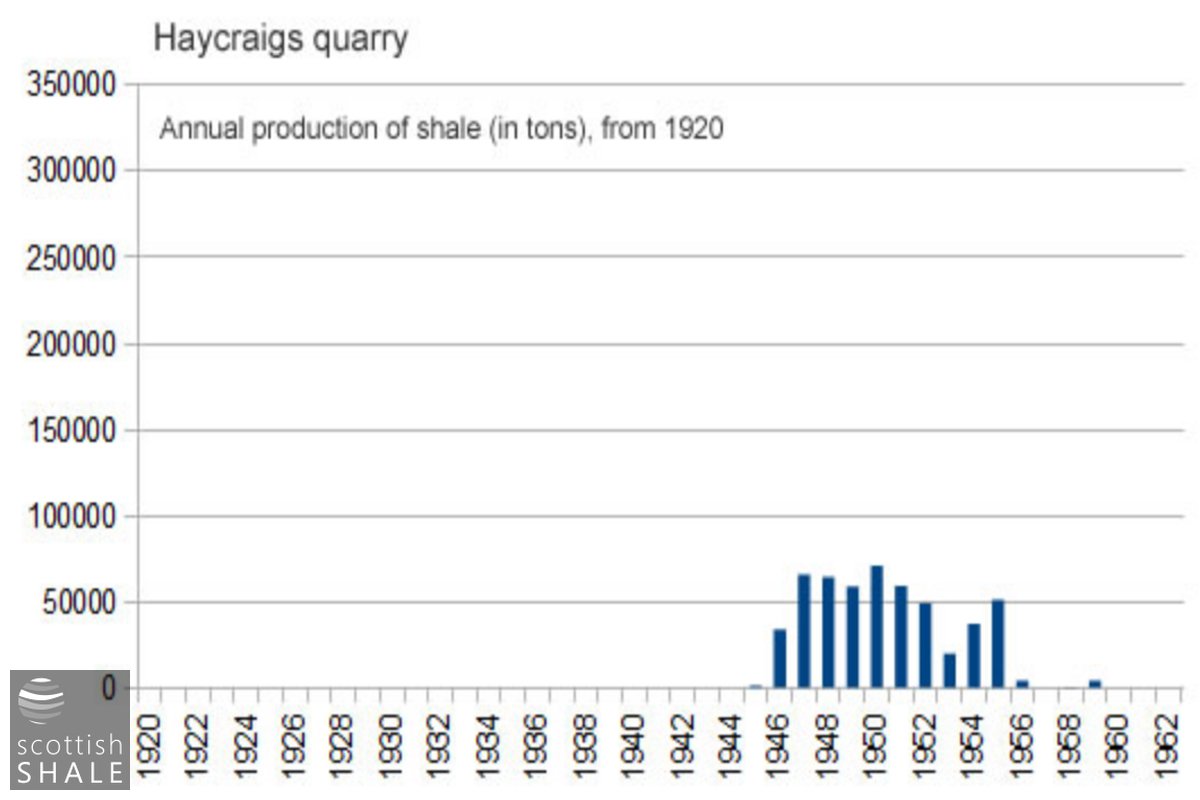 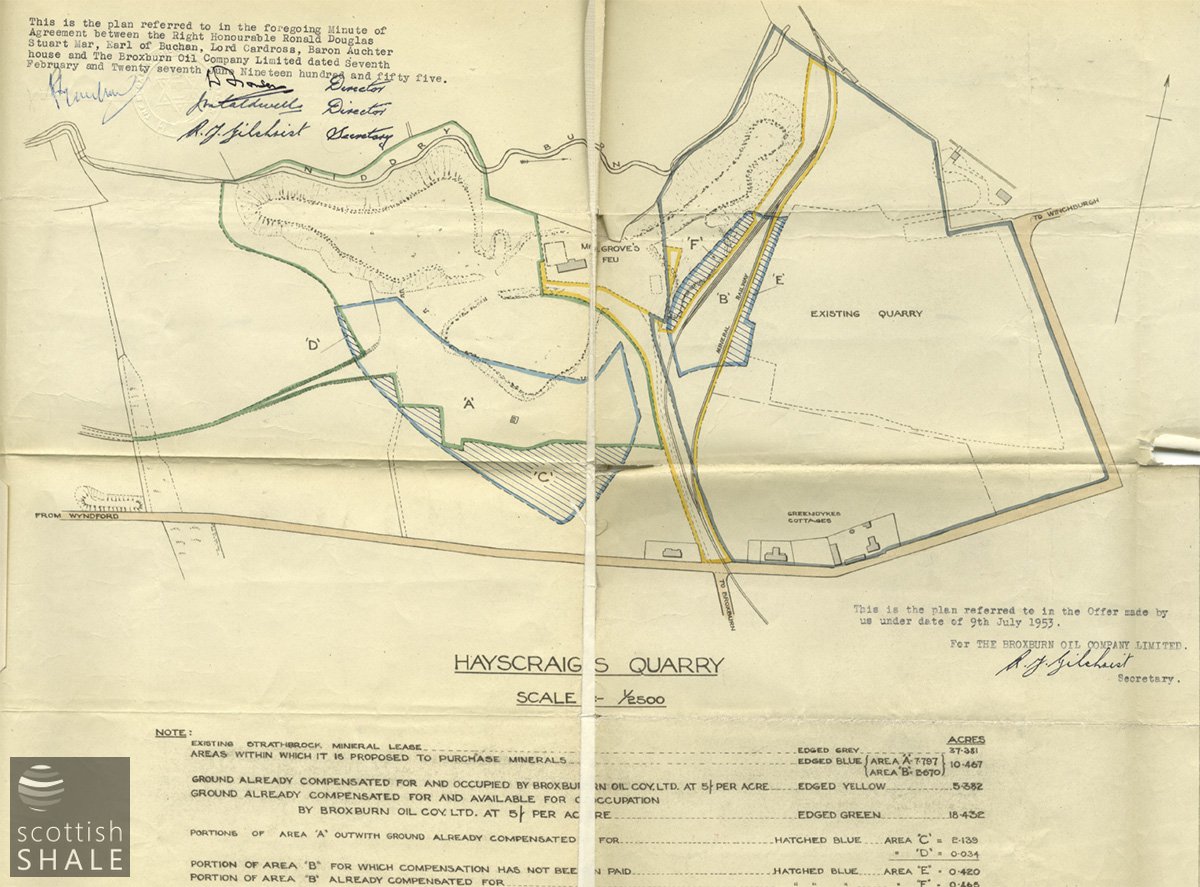 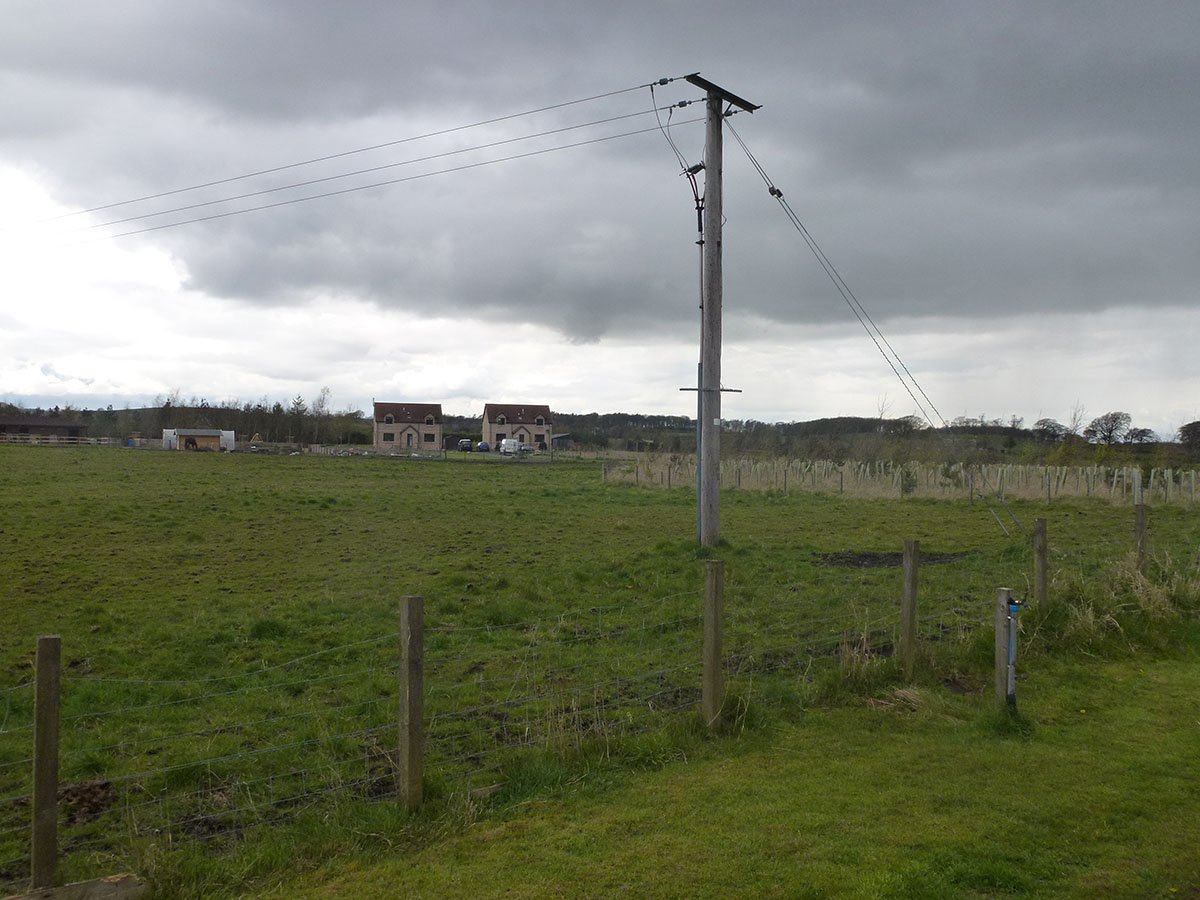 The two houses mark the approximate site of the main staging of the Hayscraigs Mines. Looking north west. April 2012. 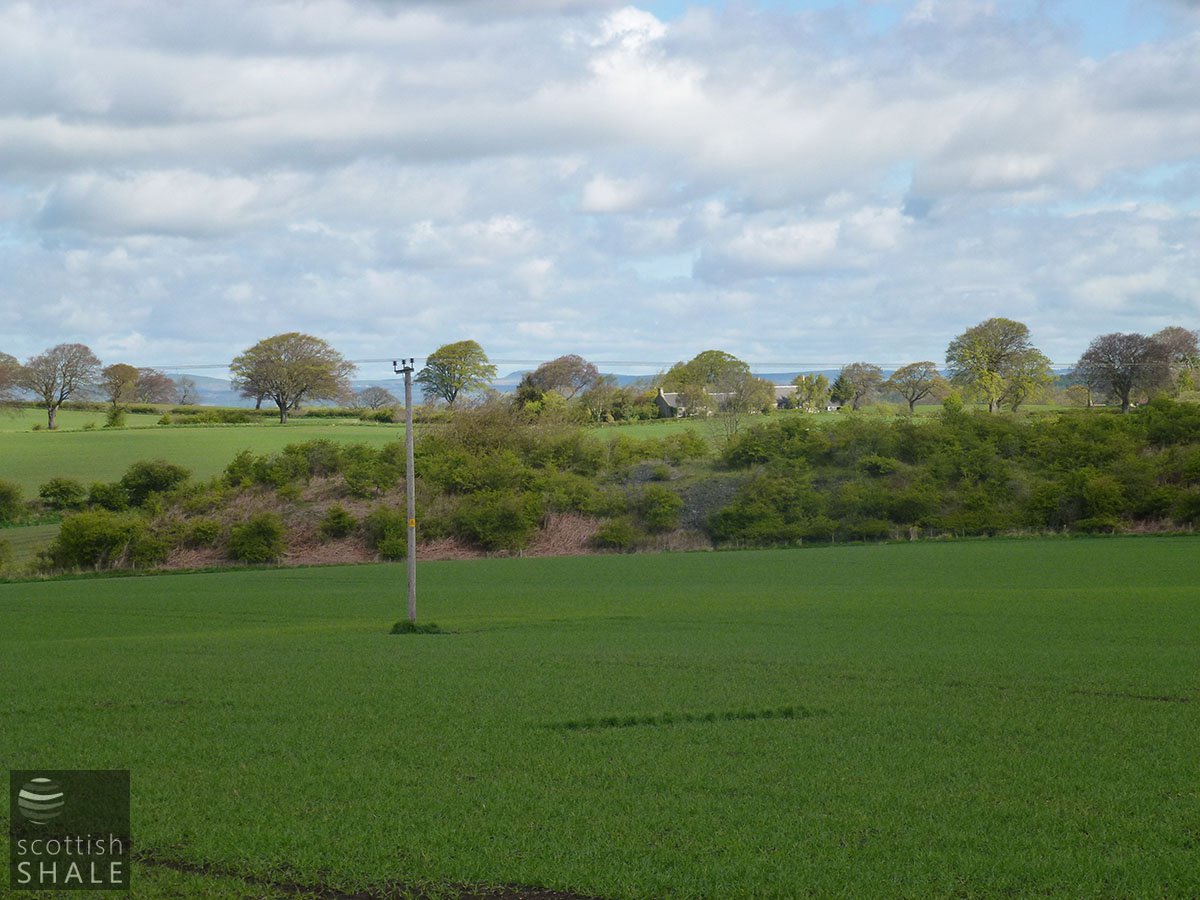 Bing of mine waste viewed from the south. Looking north. May 2012. 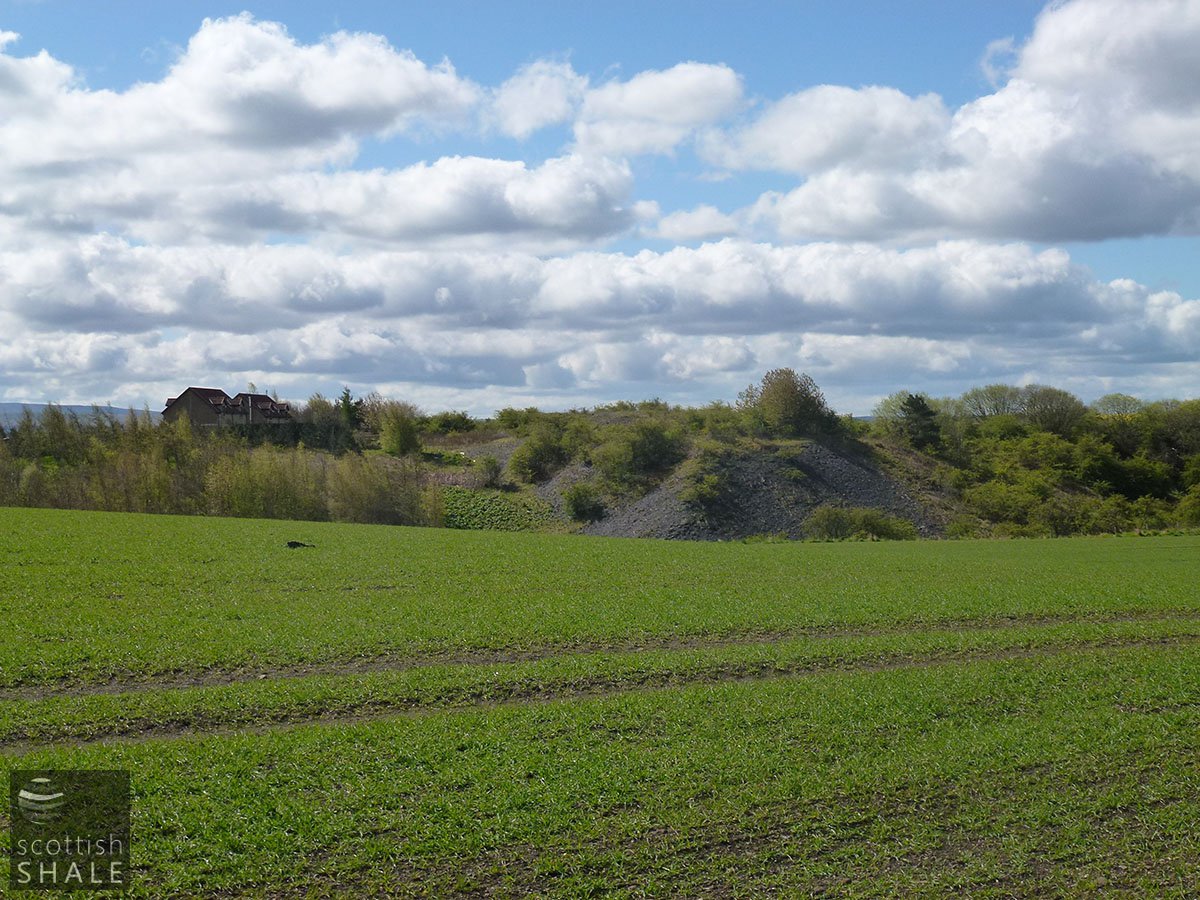 Mine waste spilling in to the valley viewed from the north, looking south. May 2012.

During a severe thunderstorm which visited Broxburn, the chimney stalk at Hayscraigs [sic.] Mine, belonging to the Broxburn Oil Company, Ltd., was struck by lightning and completely destroyed. The stalk was 130 feet high, and was used in connection with the two steam boilers for the winding engine and other power. Apparently the current had struck the top of the stalk, demolishing about 30 feet of brickwork, and afterwards travelled downwards, causing a breach iof two feet wide in the remaining part of the stalk. Beyond the breaking of several pipes the falling debris did no damage. The lightning afterwards struck the steel winding rope, and travelled to the engine-house and down the mine. The engineman, who was in the act of winding, received a severe shock, while another man down the mine was also affected by contact with the winding rope. In consequence of the destruction of the chimney, operations at the mine will be at a standstill for some weeks, but it is probable that work will be found for the other men by @double shifting@ other mines.

Coal Authority Mine Abandonment Catalogue No. 6934, showing workings in the Curly, Broxburn and Grey Shales from Hayscraigs Mine and Pyothall No. 5 Pit, abandoned in 1919.