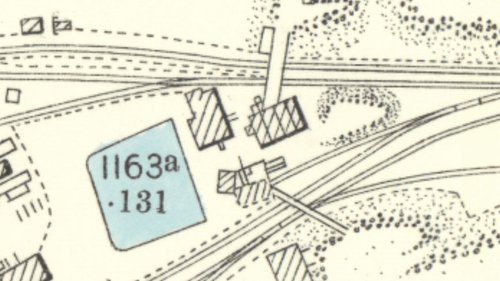 One of the most significant early pits in the Addiewell area, No.2 pit had two vertical shafts, one used exclusively for pumping mine water. Workings were linked underground with those of Addiewell No.1 pit, and water from both pits fed the pond that supplied boilers and other process plant at Addiewell oil works.

Coal was encountered at 52 fathoms and shale at 82.5 fathoms. A detailed account of an underground visit to Addiewell No.2, published in the North Briton in October 1870 (A01138) stated that the pit had opened earlier that year.

"No.2 pit... is wet only in and around the bottom of the shaft. There is no dripping from the roof in the ways, nor were the rails muddy below so as to render the traffic heavy or uncomfortable.

In their paper "Seventy Five Years of Oil Shale Mining", Sneddon, Caldwell and Stein, (Institute of Petroleum, 1938), The authors stated

A very good example of Main and Tail Rope System was at work in No.2 Pit, Addiewell, in 1872. The level road from the bottom of the shaft had been driven for over a thousand yards and was very nearly both straight and level - a most unusual combination in the oil-shale area. The haulage engine was steam driven, the steam being generated in a Cornish boiler housed in a brick-lined chamber, adjacent to the haulage-room. The fumes of the boiler were carried 100 yds. in a brick flue to one of the upcast shafts. The haulage had a speed of from 15 to 20 m.p.h., the number of hutches varying from twenty-five to thirty in each trip. The danger of fire from the presence of a boiler underground was a standing menace, and after fifteen years, fire eventually broke out, resulting in the abandonment of the pit. 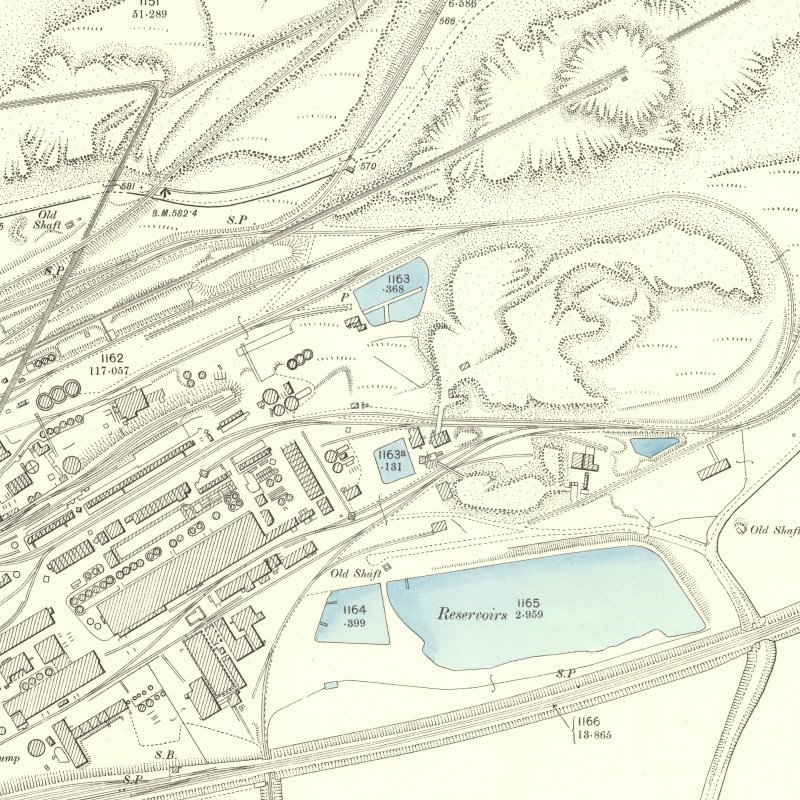 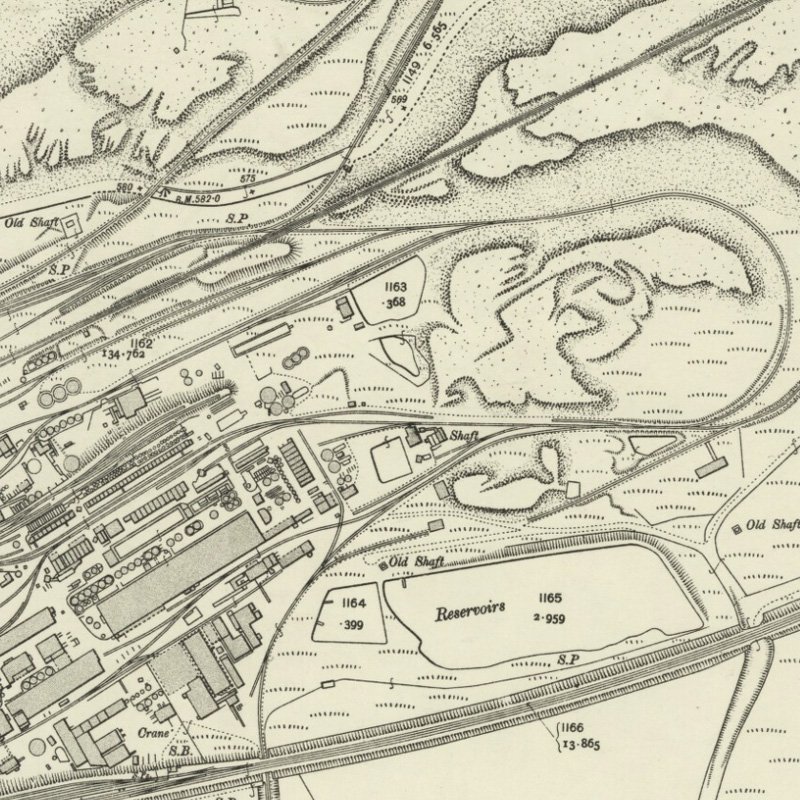 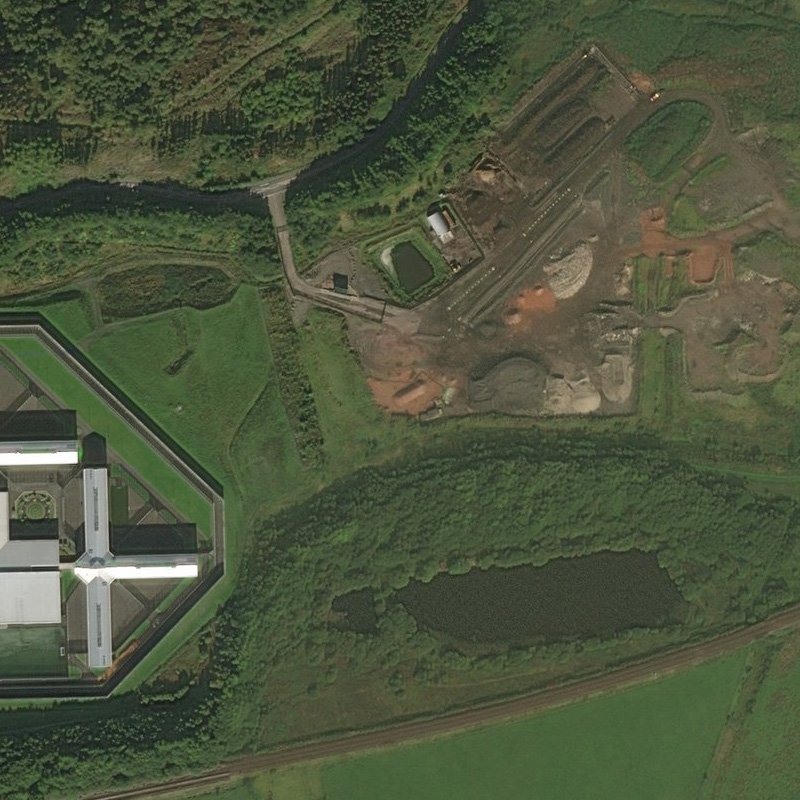 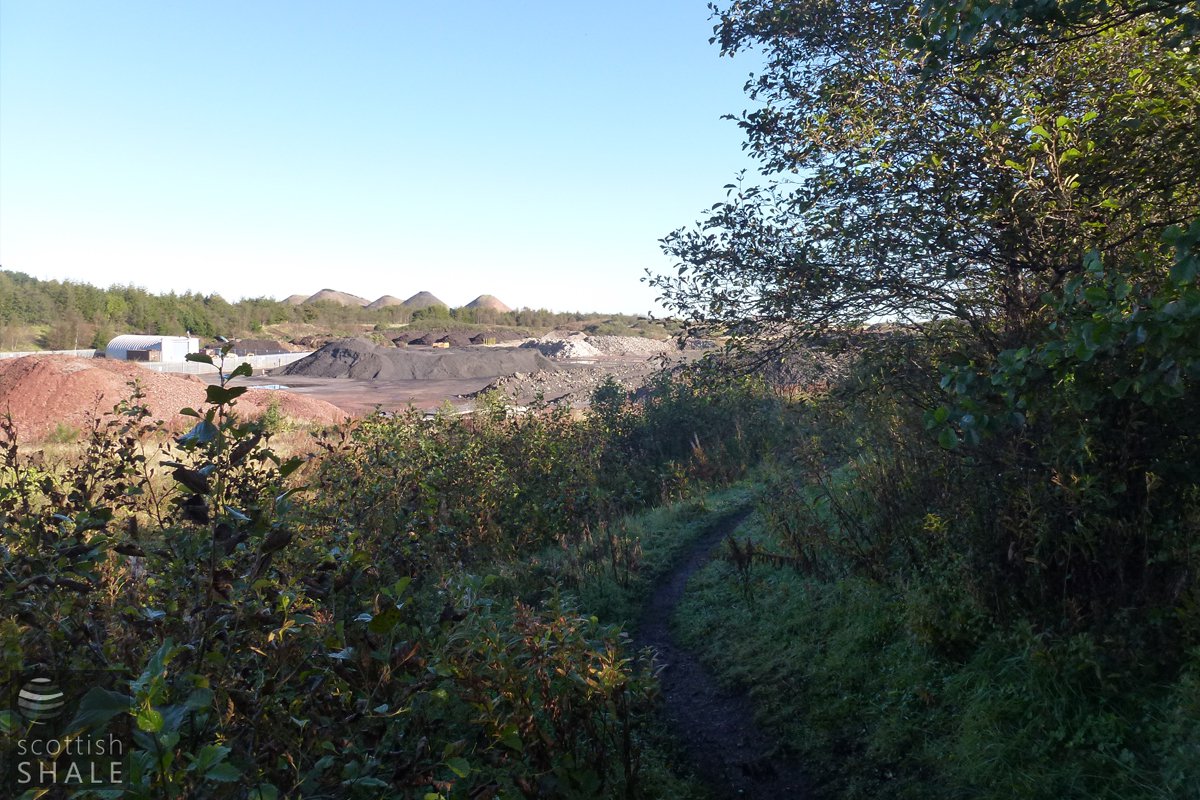 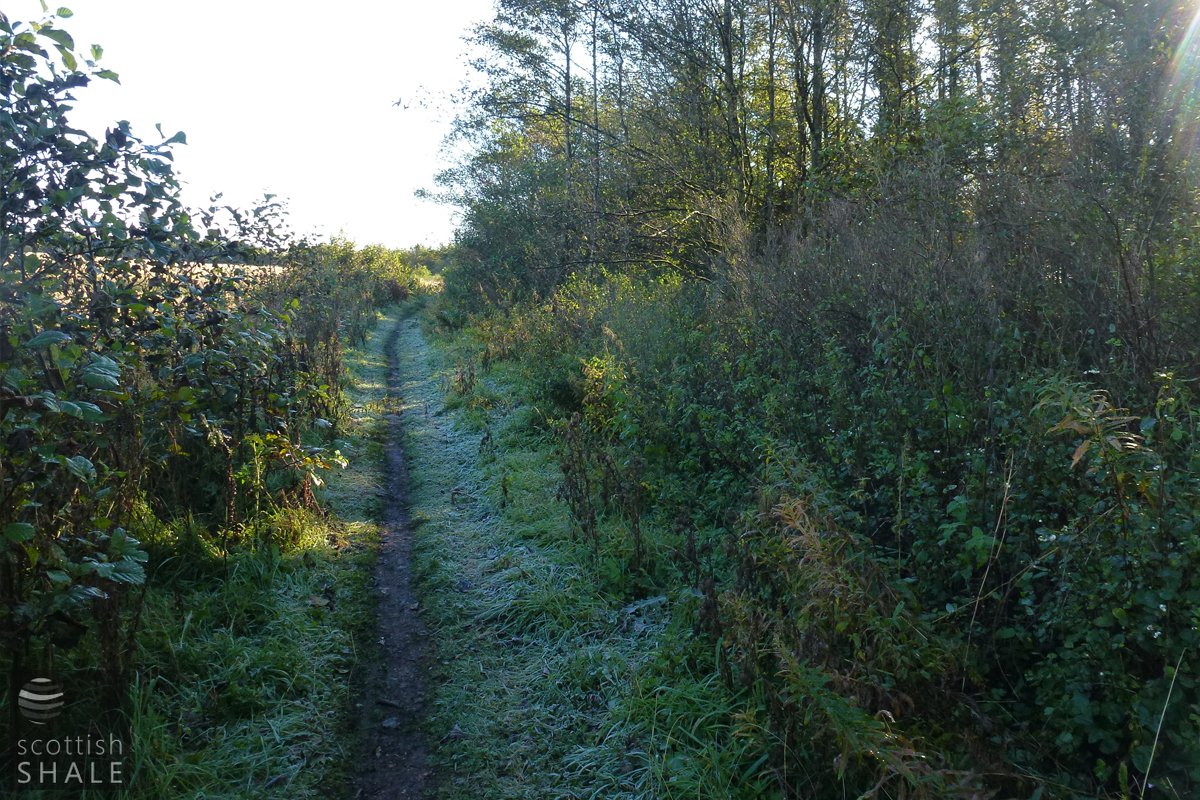 View of perimeter path along the bank that surrounds the works site. Looking east. September 2012.