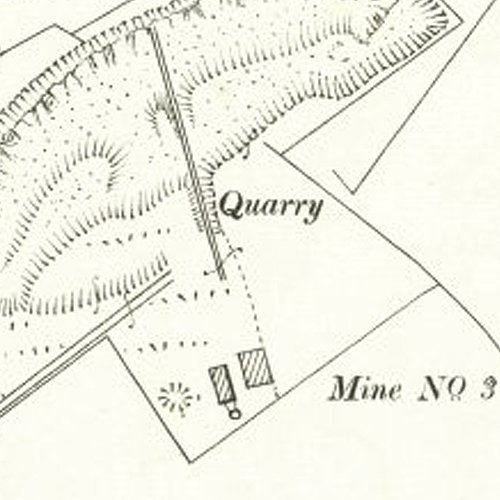 NOTE: This page relates to Deans No. 3 Mine operated by the West Lothian Oil Company, which was at a different location and entirely separate from Deans No. 3, opened subsequently by the Pumpherston Oil Company.

NOTE: There is some evidence that "Mine No. 2" and "Mine No. 3" may have been incorrectly labelled on the 1897 O.S map, and that No. 2 should be labeled as No. 3 and vise versa. Until further evidence comes to light however, it is assumed that the labels on the OS map are correct.

The 1897 map suggests that the mine was operational at that time, suggesting that , like Deans No. 1, the mine was re-opened by the Pumpherston Oil Company.

The quarry was filled in, and all trace of workings removed, as part of the landscaping of Deans bing in the early 1980's.

Mapped by the Ordnance Survey of c.1895 shows the mine apparently in use. 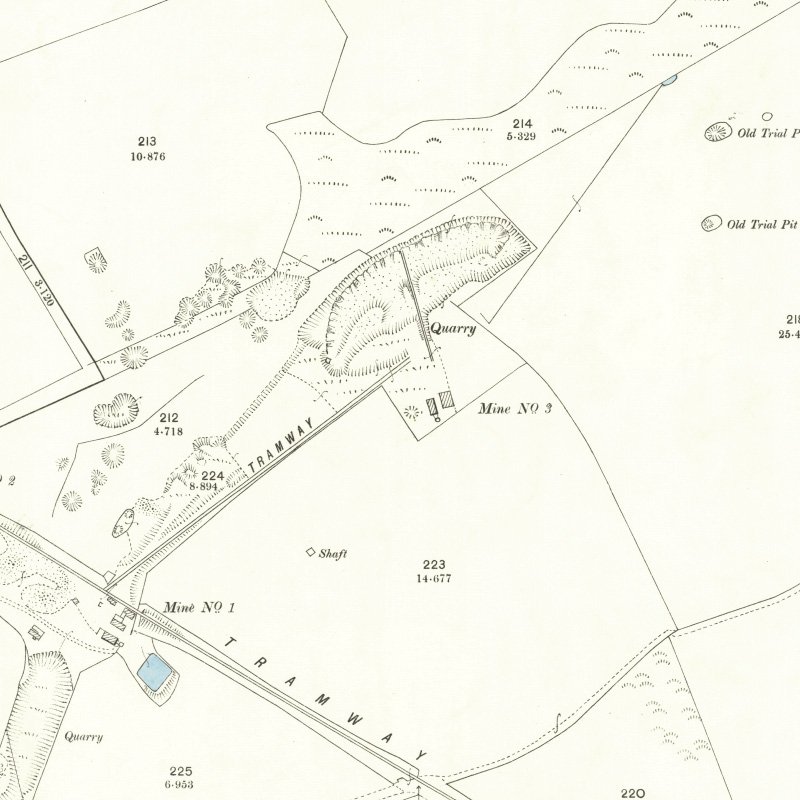 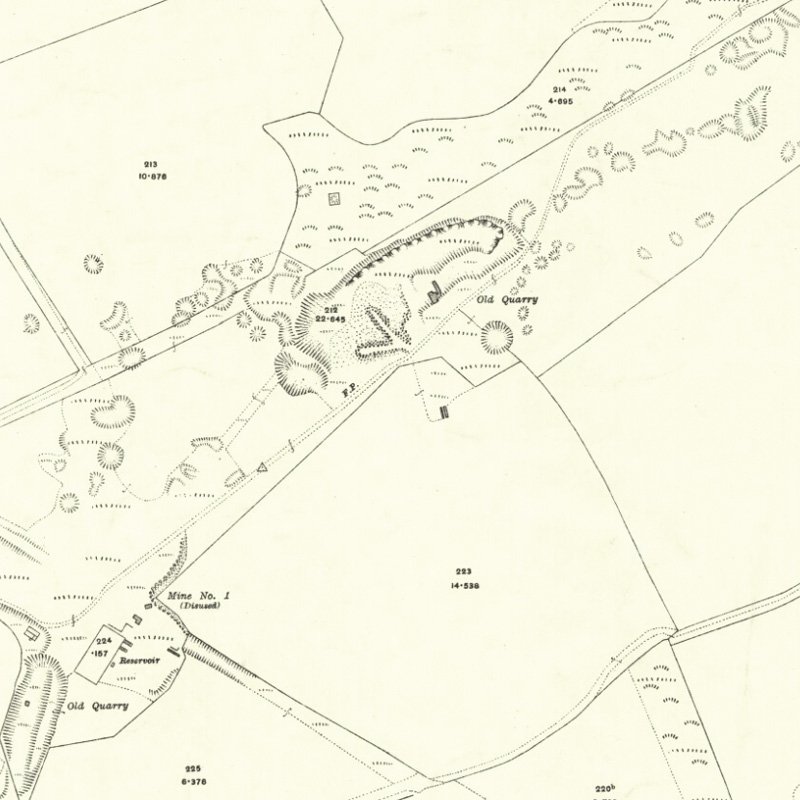 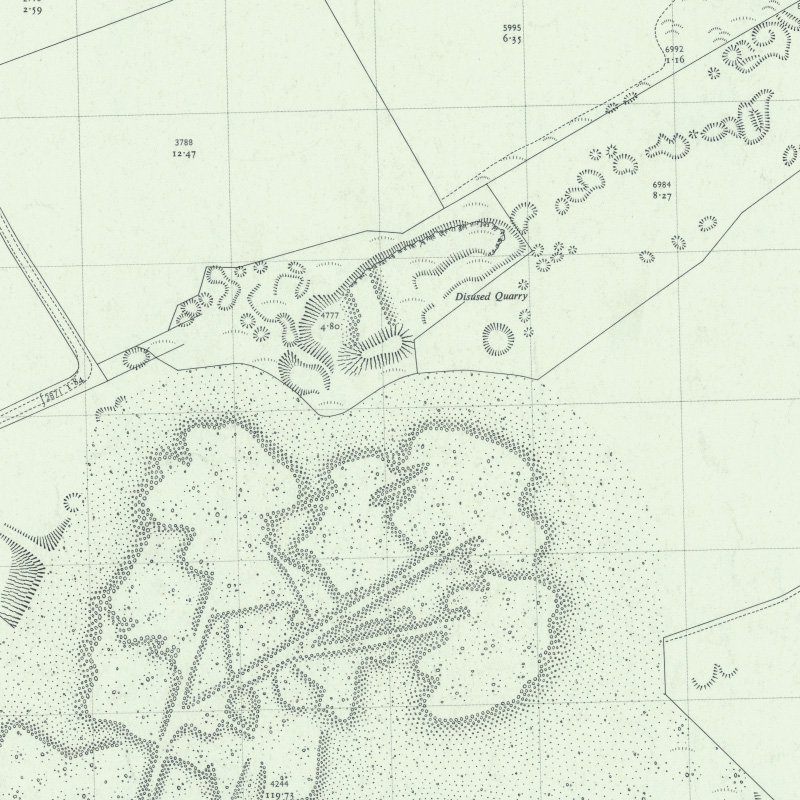 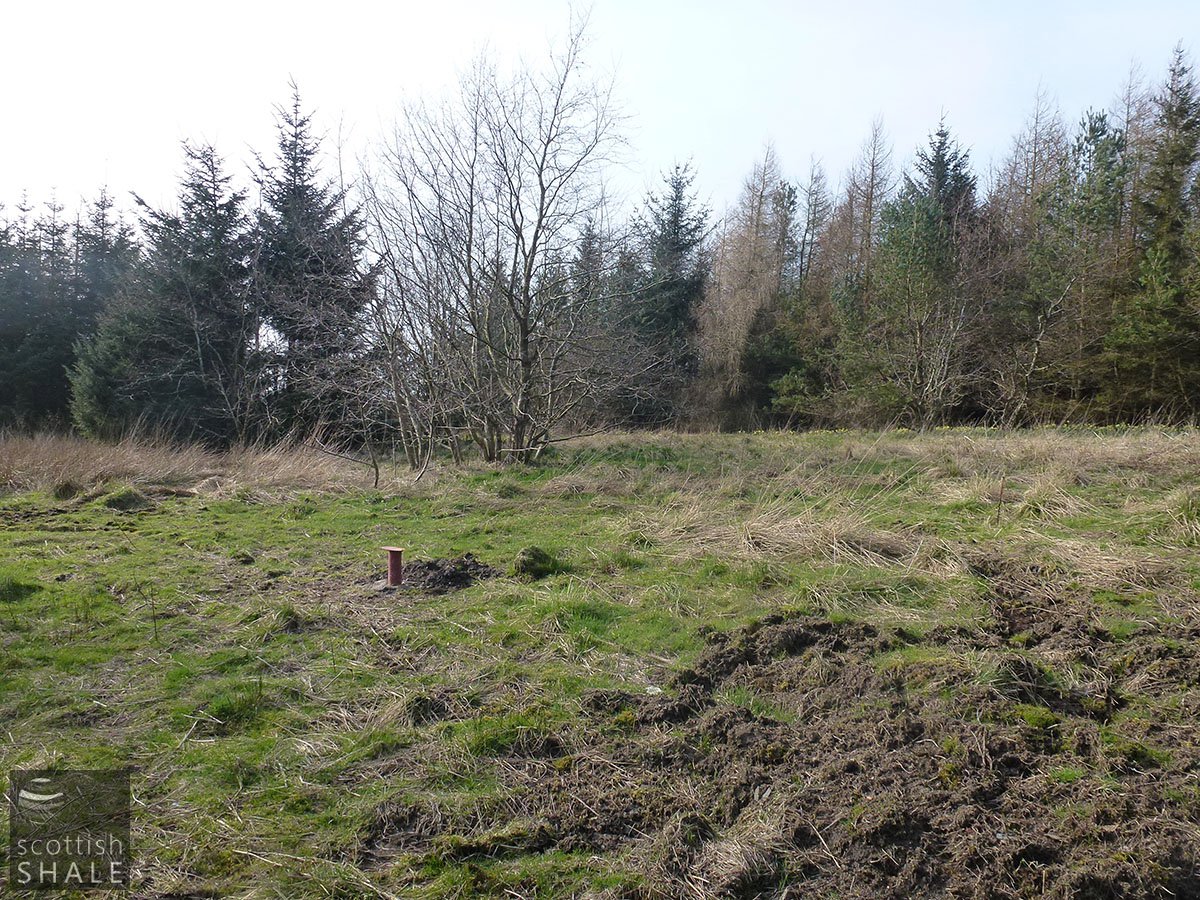 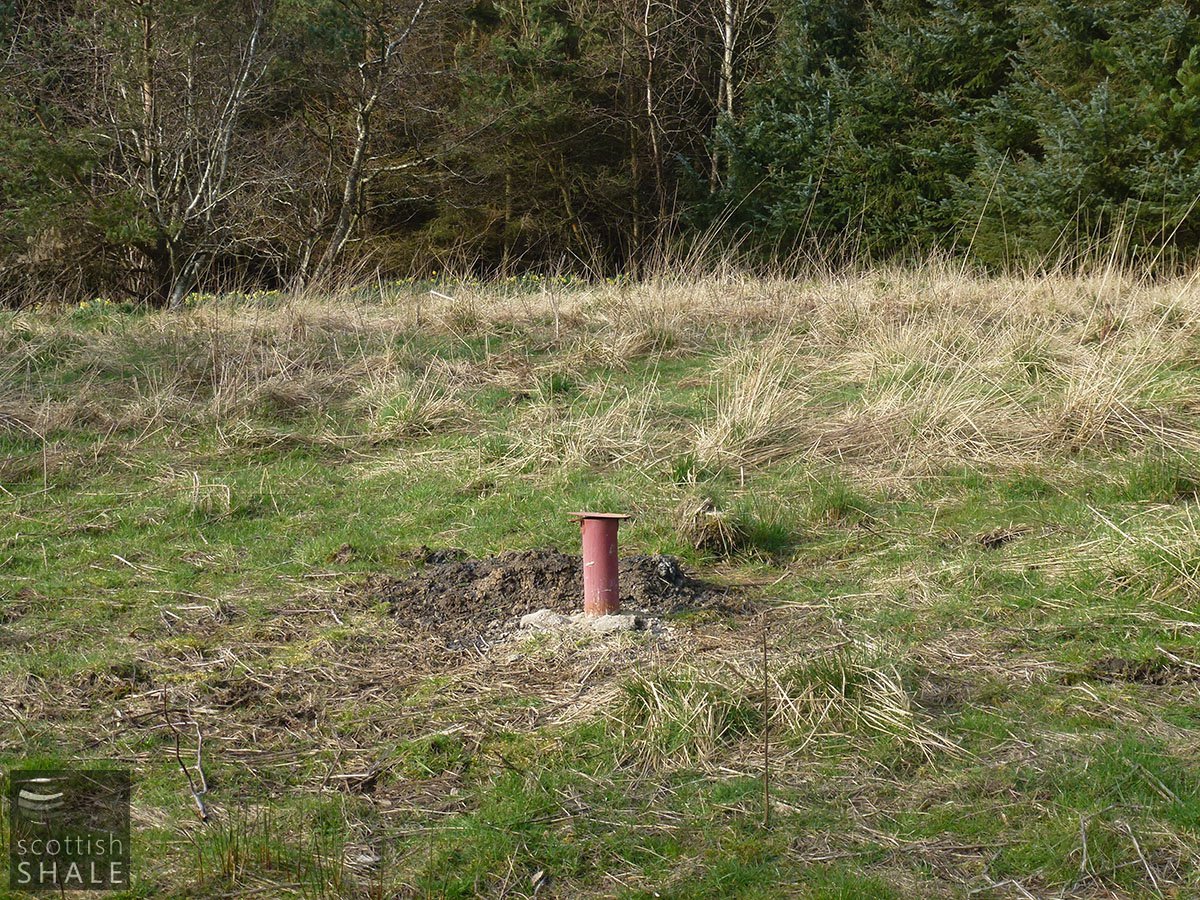 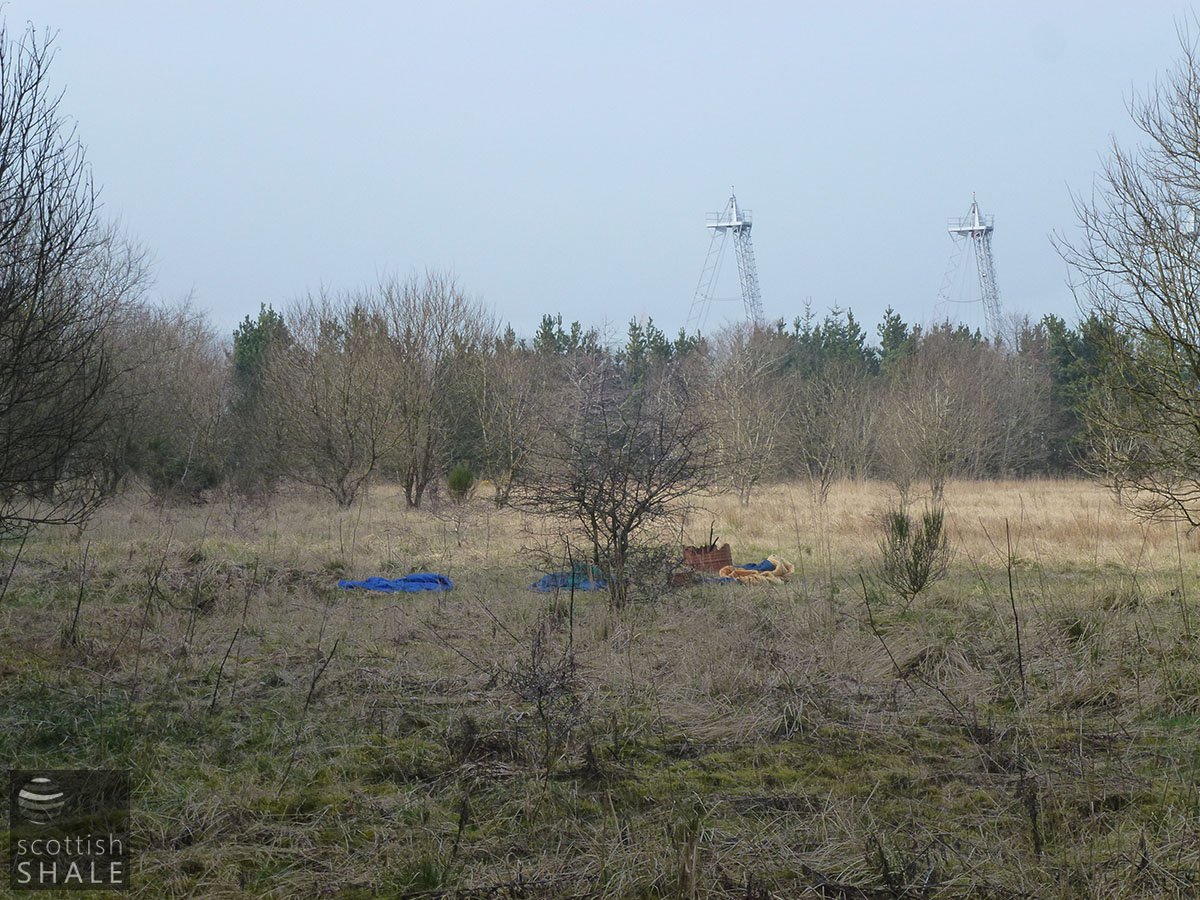 Site of shaft to the Stanley Shale, close to No. 3 Mine. In the distance are the derricks of the Schlumberger training facility where borehole logging techniques are taught. Looking north. March 2012.