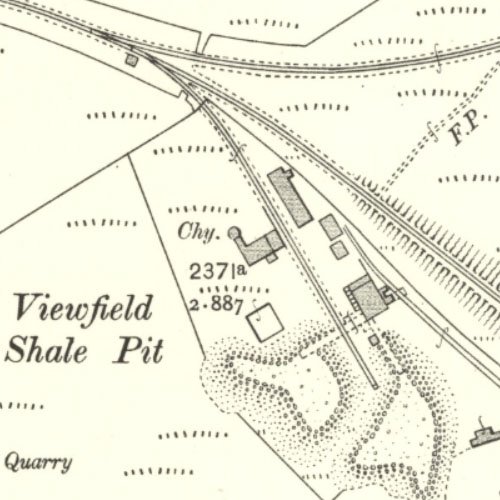 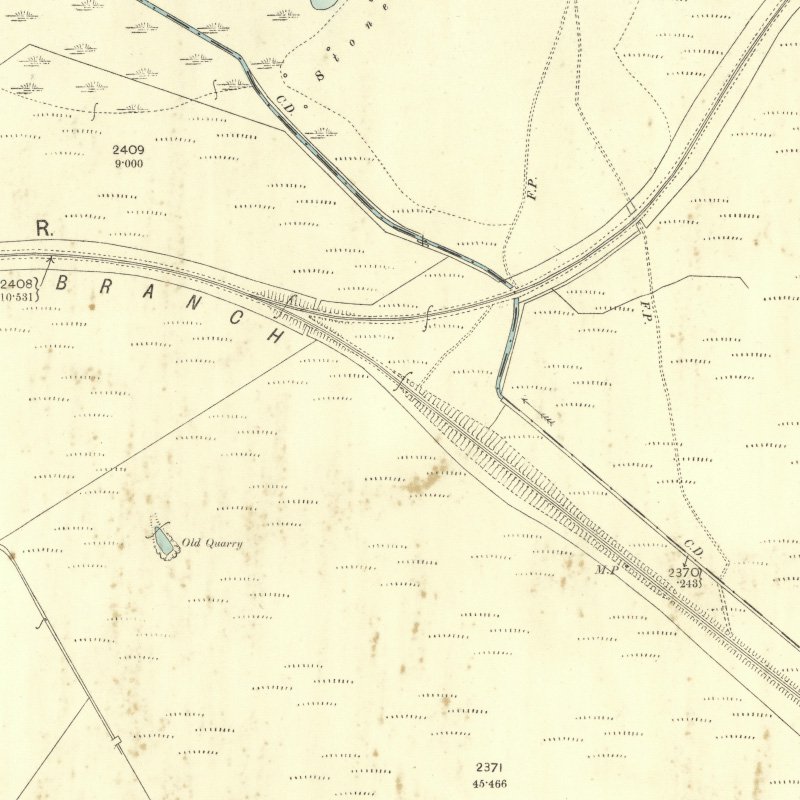 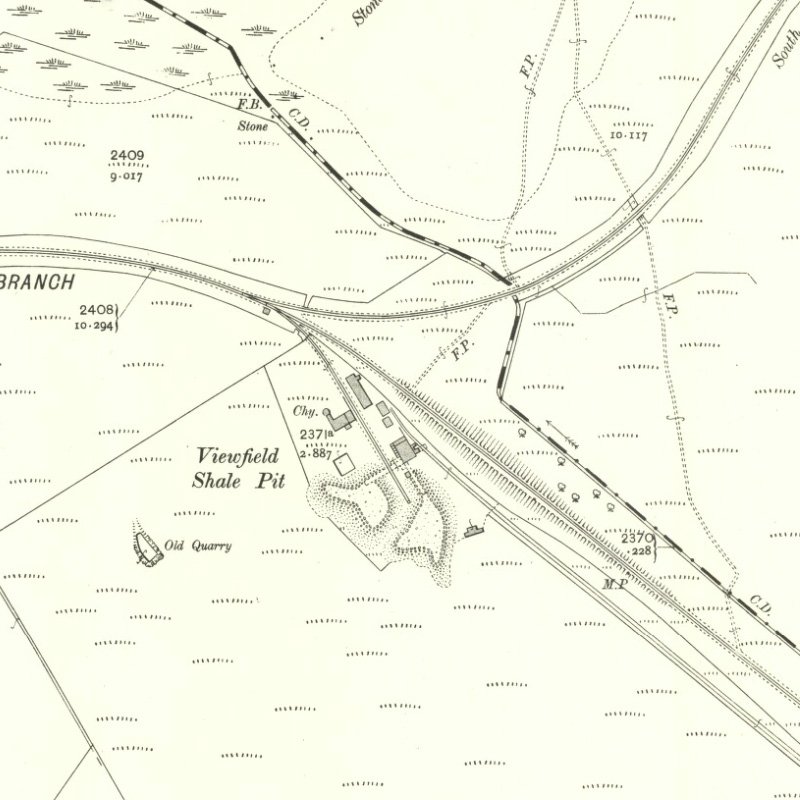 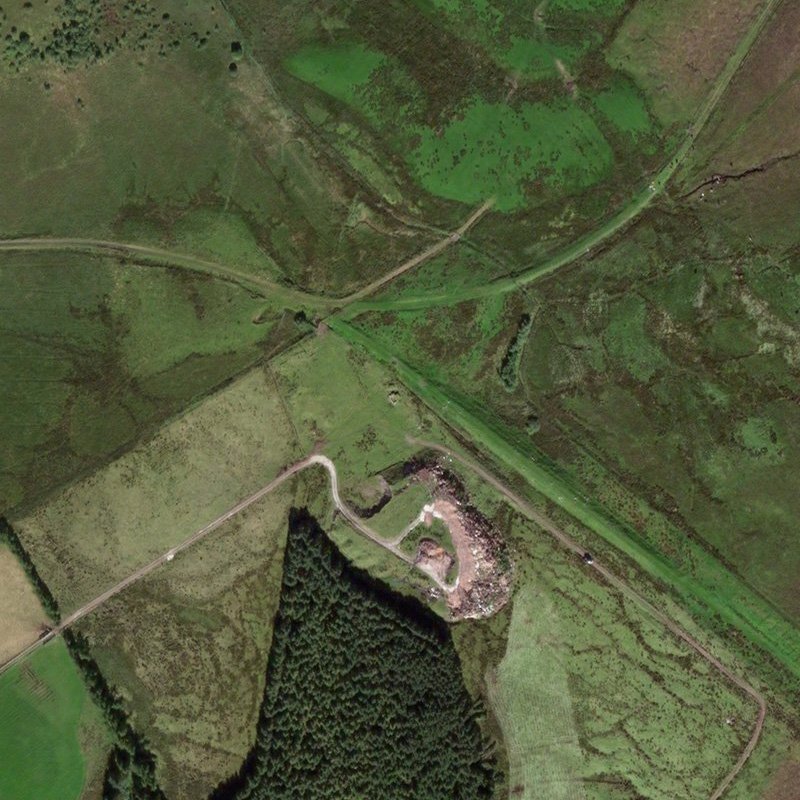 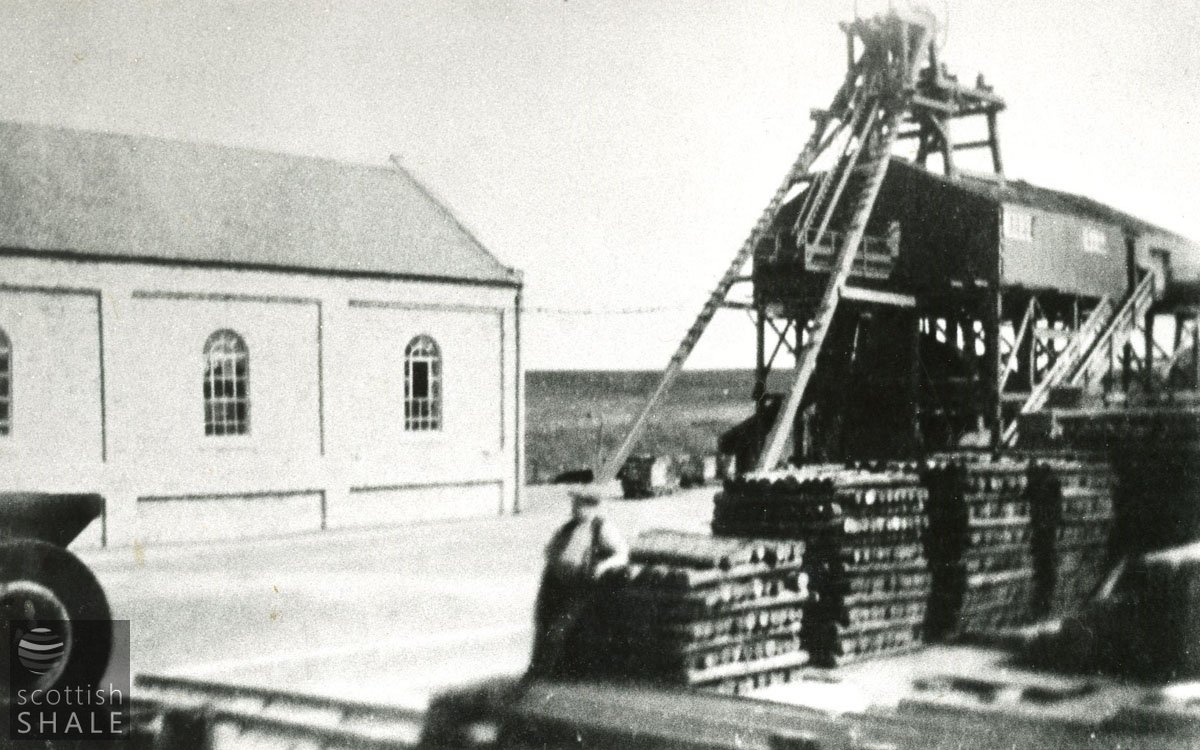 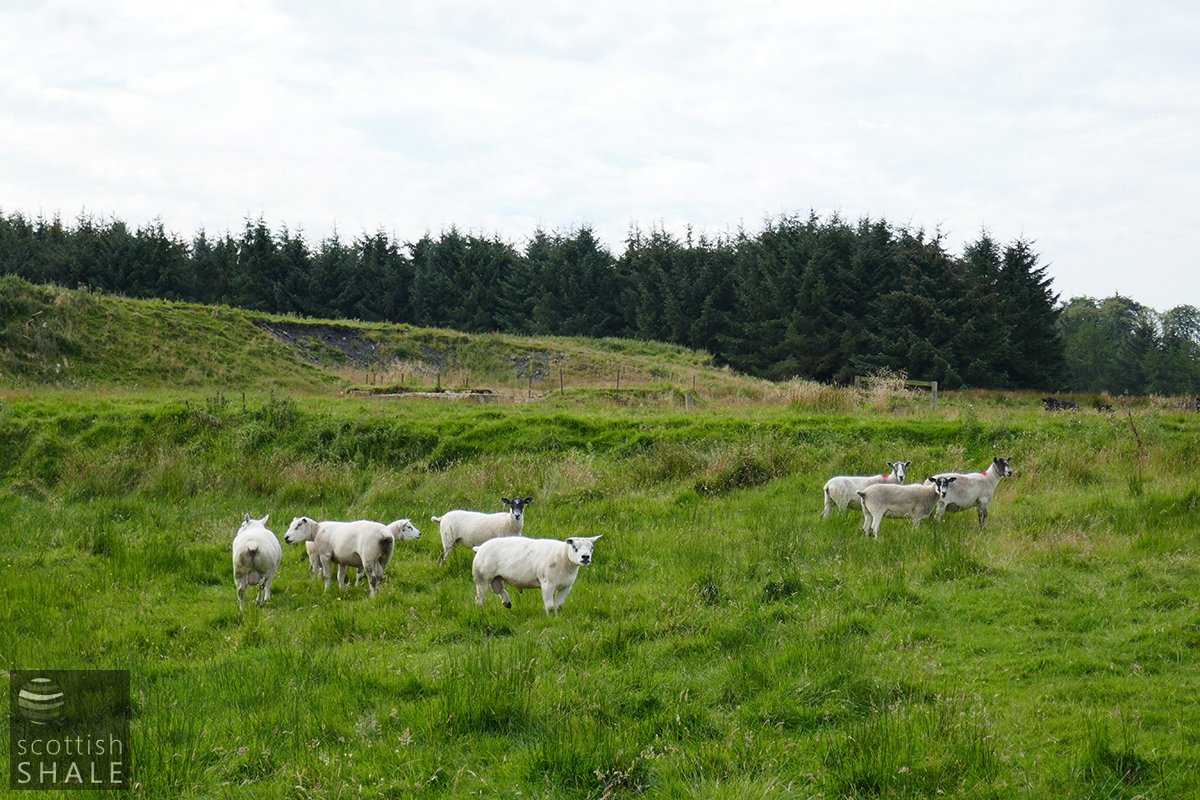 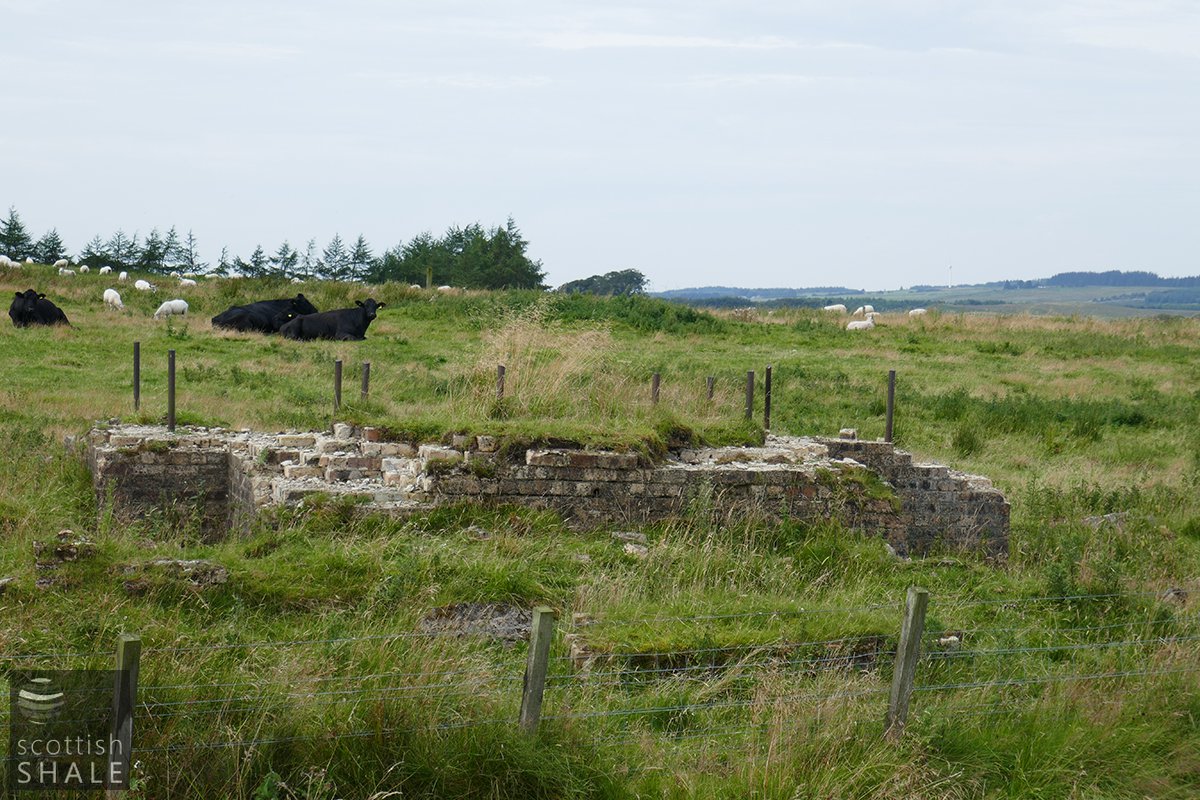 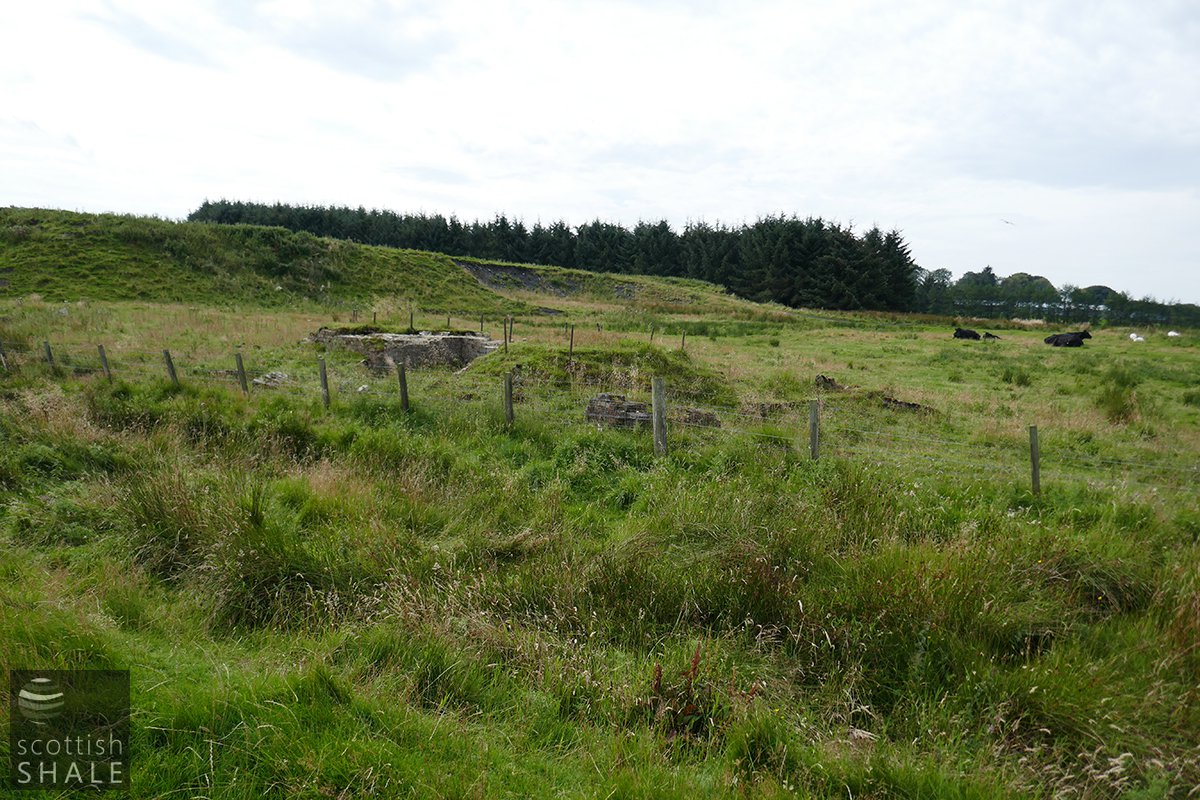 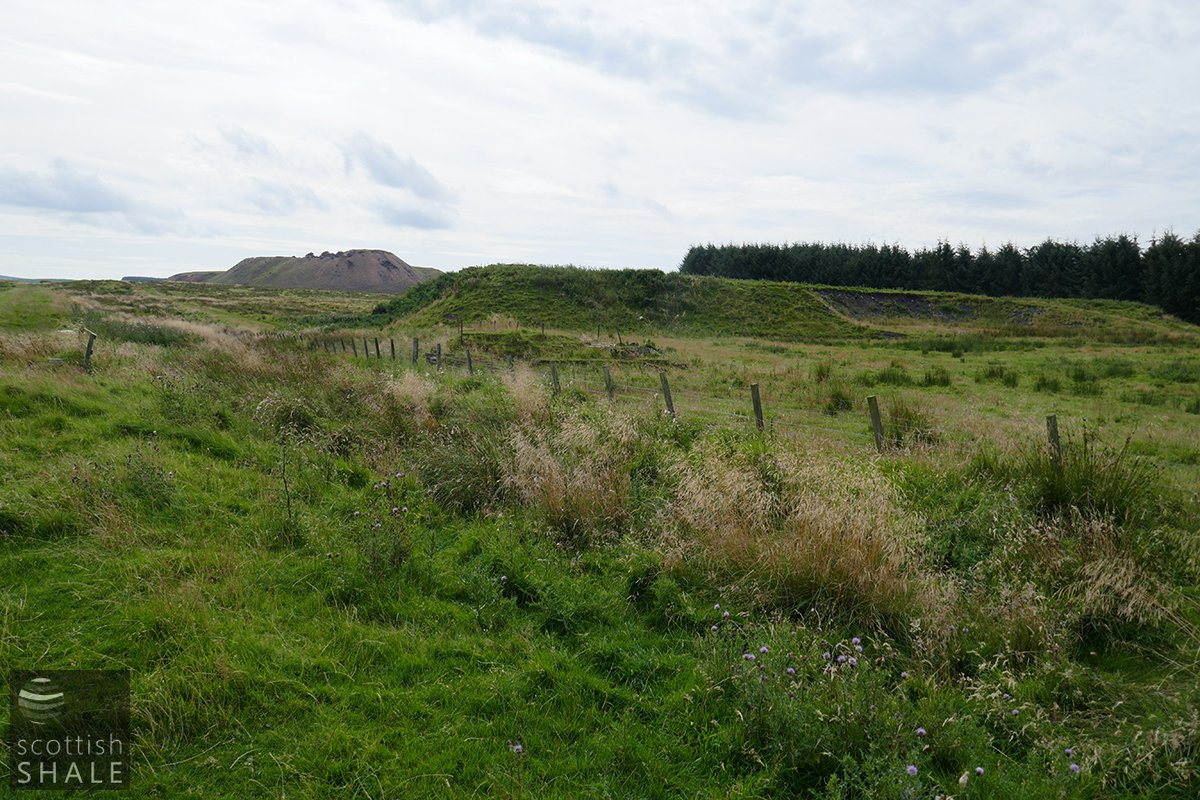 To ensure an abundant supply of shale, a new shaft has been sunk on the Viewfield estate to work the same seam as being worked in the Cobbinshaw mine, and a haulage road is being made from the new pit to the works.

Tarbrax Oil Company Ltd report to directors reported in the Scotsman, 18th May 1907

The electric winder at No.5 pit Viewfield is now in use for the lowering and raising of men employed on this side of the Cobbinshaw workings. This has resulted in an increase in output, as the men have an hour longer shift at the face (October 1923). Good progress has been made with the equipping of No.5 pit, Viewfield; the new engine house has been built and is ready for the roof; the electrical plant has been installed and the wiring is being done (September 1923). It is proposed now to transfer the shale breaker from No.1 pit to No.5 mine (February 1924). We have begun to open up a new dook at the bottom on No.5 Pit, Viewfield, to open up the field, the preliminary stages of which will probably take several months; thereafter there should be a savings on costs (June 1924). The Oddie-Barclay pump has been put to work, but at present it is only pumping the middle lodgement; within the next few weeks we expect that it will be pumping to the surface, and we will be able to dispense with steam at this pit entirely (January 1925). The Oddie-Barclay pump is now taking the water right to the surface.