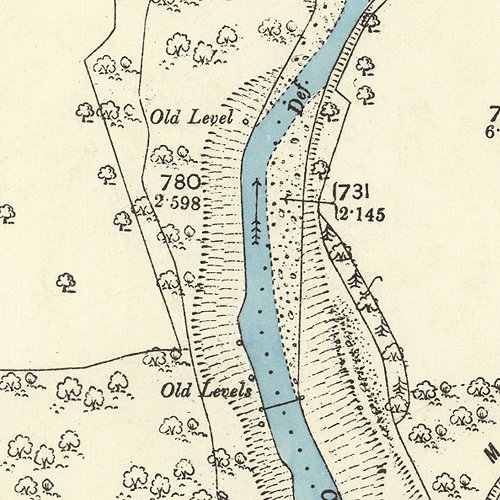 These early shale workings supplied Oakbank Paraffin Oil Works prior to sinking Oakbank No. 1 & 2 Pits. Substantial remains exist of workings in the cliffs on the west bank of the Linhouse Water that now form part of Almondell and Calderwood Country Park. The 1869 estate plan (below) suggests that the standard gauge mineral railway that subsequently served Oakbank No. 1 & 2 Pits initially terminated close to the east bank of the Linhouse Water, from where a bridge across the river provided access to the mines in Calder Wood.

Efforts were made during the 1990's to block access into these adits. Prior to that, the adventurous (or foolhardy) were able to explore a network of stoop and room workings extending back into the cliff. In some area, the presence of timber props protruding a foot or so from the floor of the tunnel suggested that the original roof had collapsed, leaving a void above the original workings. The mine entrances can only be reached following a difficult scramble down the steep sides of the valley, then following a rough track beside the river which is only safely accessible when water in the river is low.

Mapped by the Ordnance Survey of c.1895 showing "old levels". 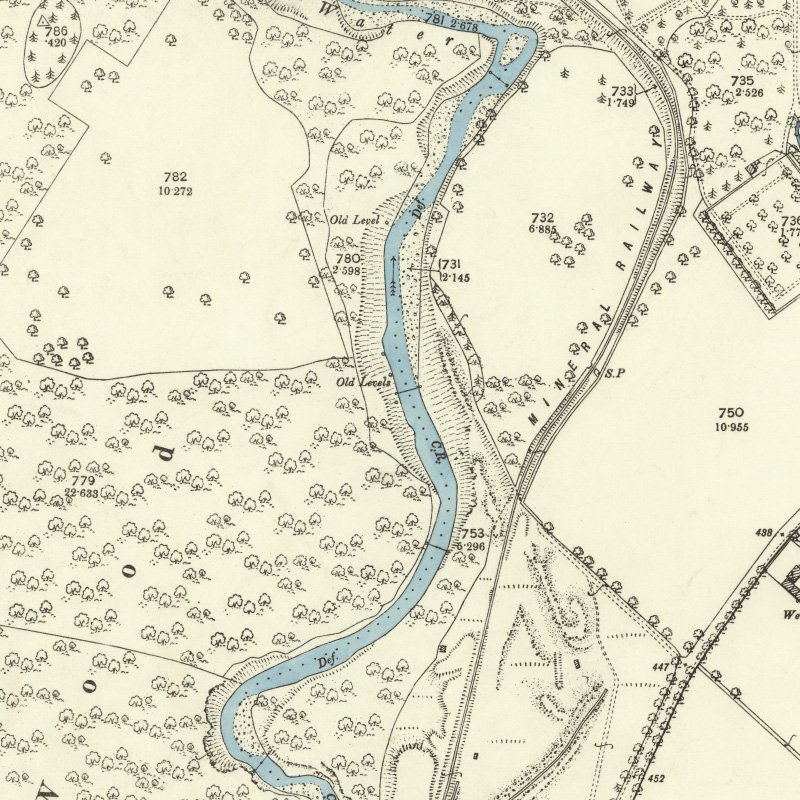 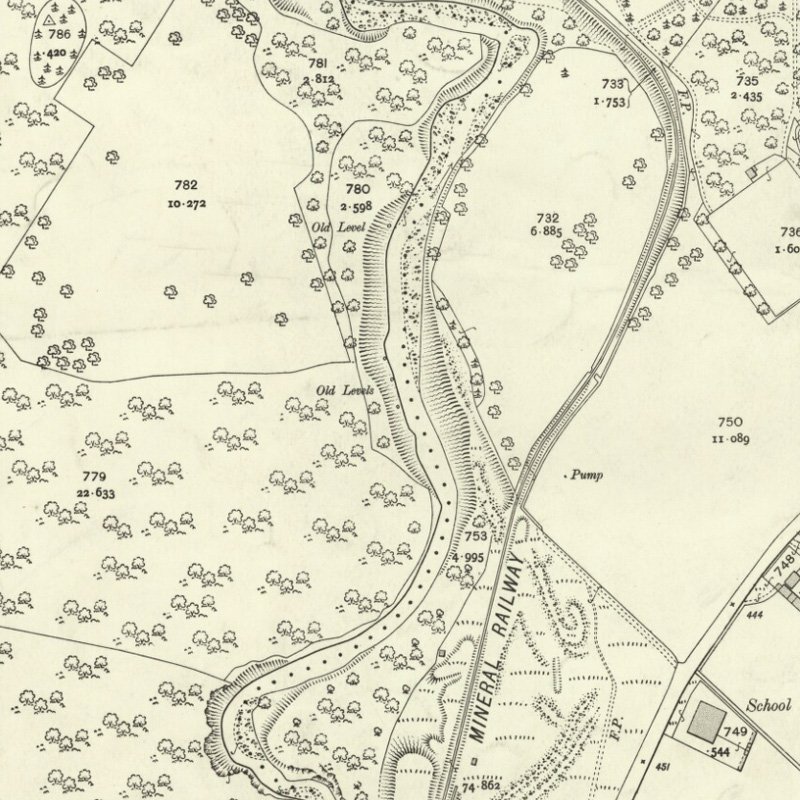 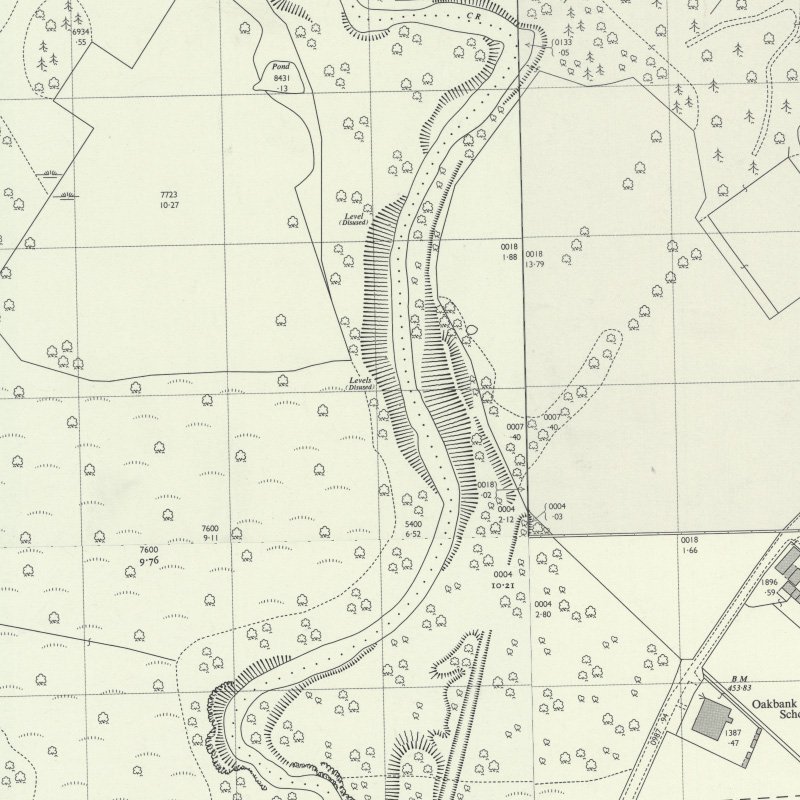 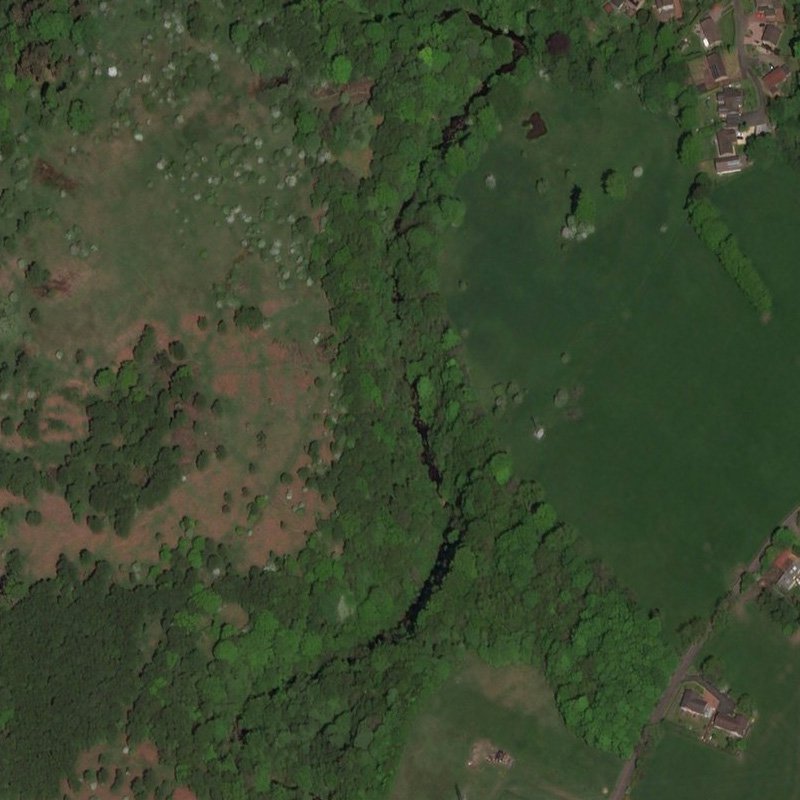 Detail from "Plan of the Estate of Calderhall, 1869" showing the standard gauge railway from Oakbank Paraffin Oil Works. 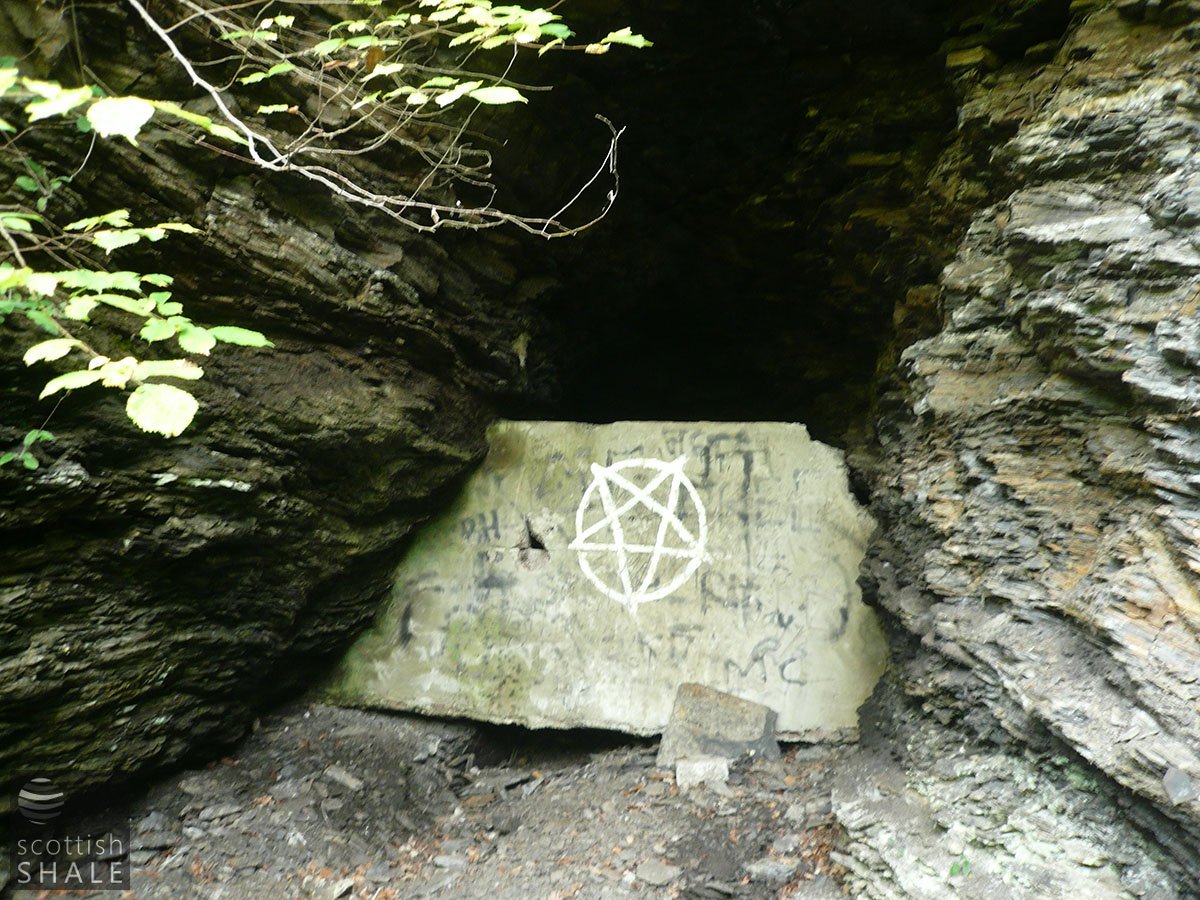 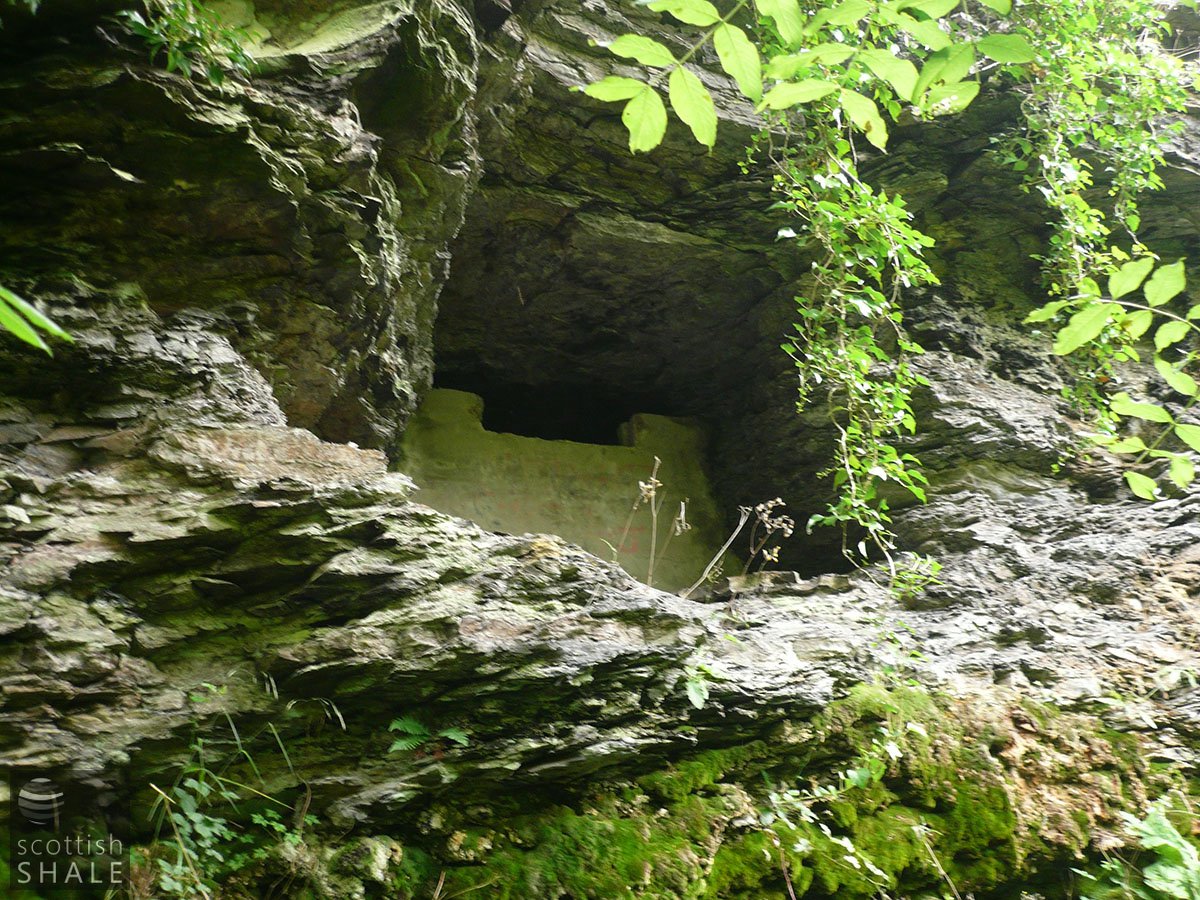 Entrance to adit, at a higher level than previous image. September 2010. 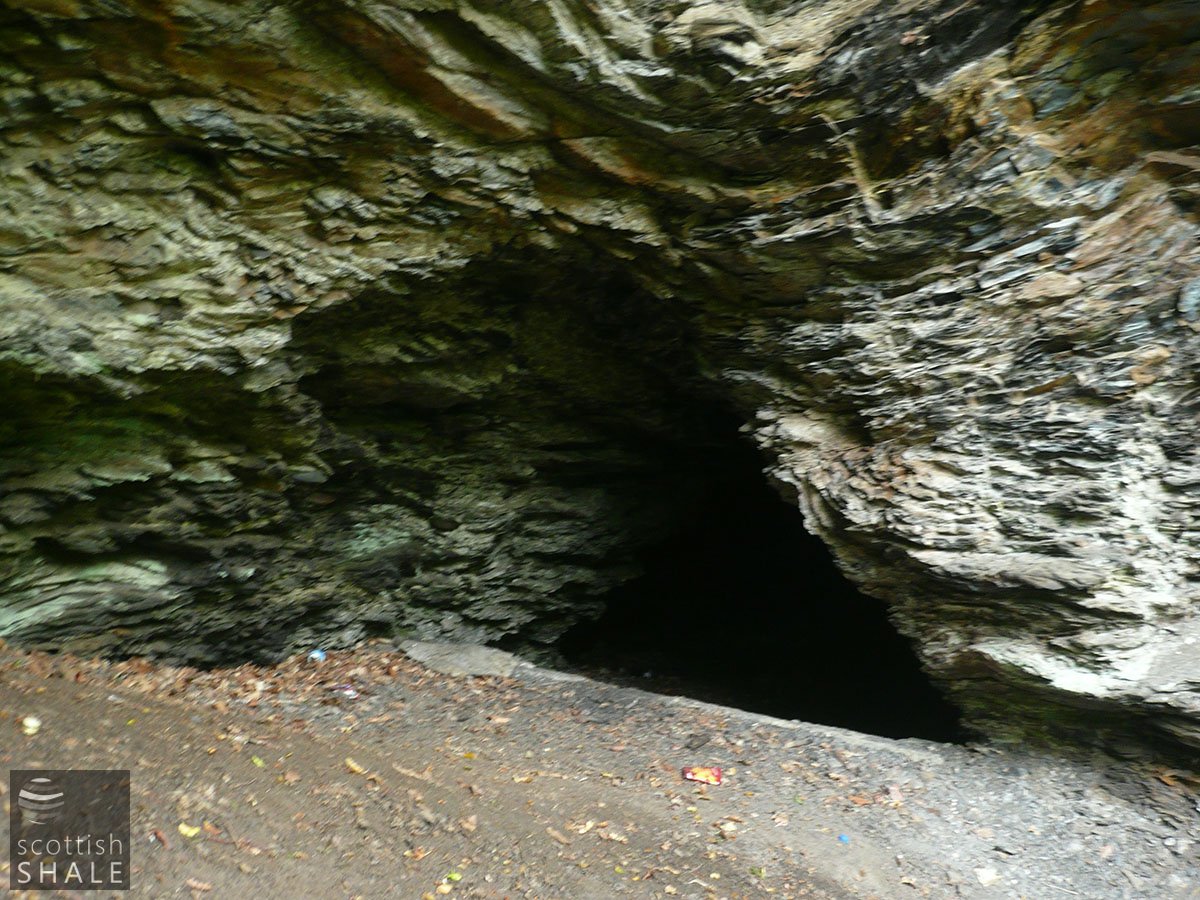 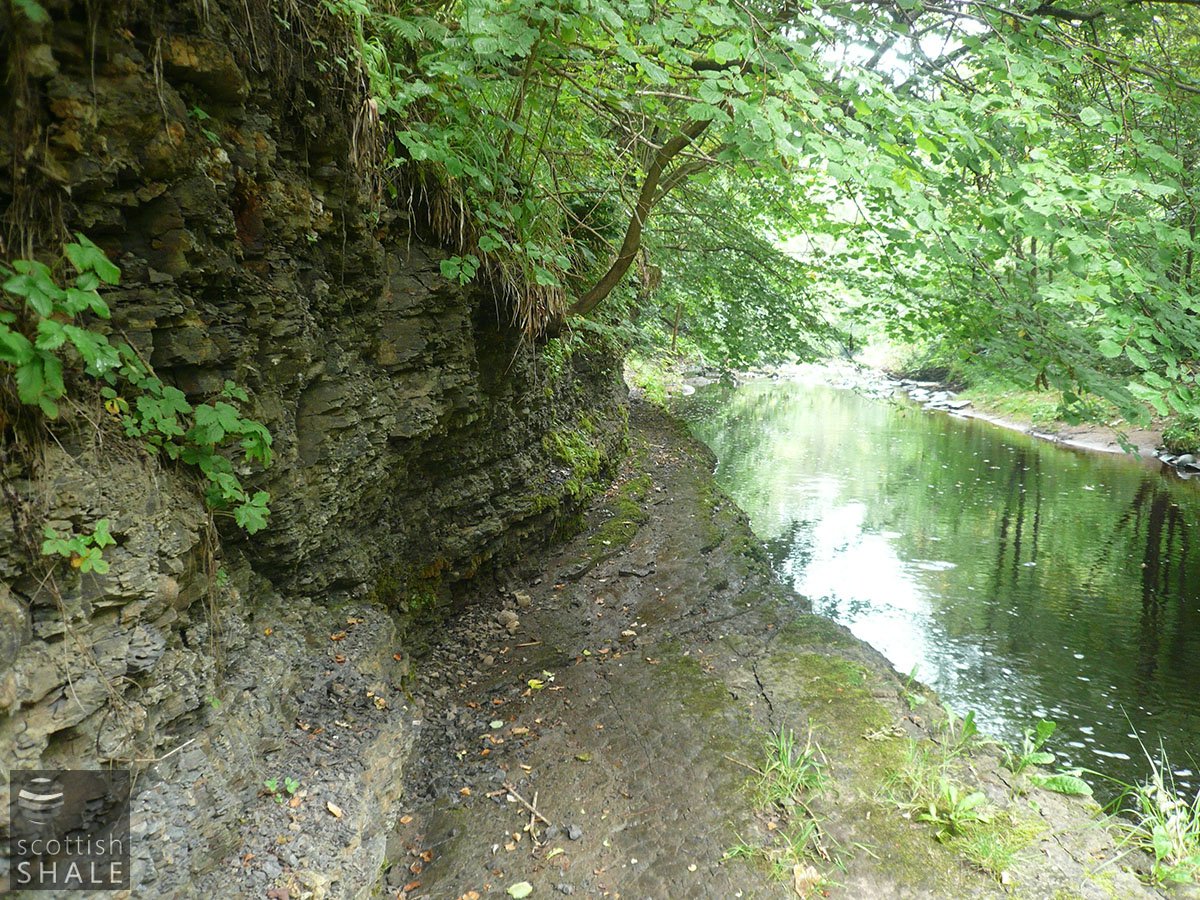 Approach to mine along the west bank of Linhouse Water. September 2010.

The shale wrought at Calder Hall bears externally a very strong resemblance to the Boghead or Torbanehill cannel coal. It is at present wrought from two horizontal shafts, one of which opens on the bed of the Calder, and there is no doubt that the shale can be abundantly and cheaply supplied.