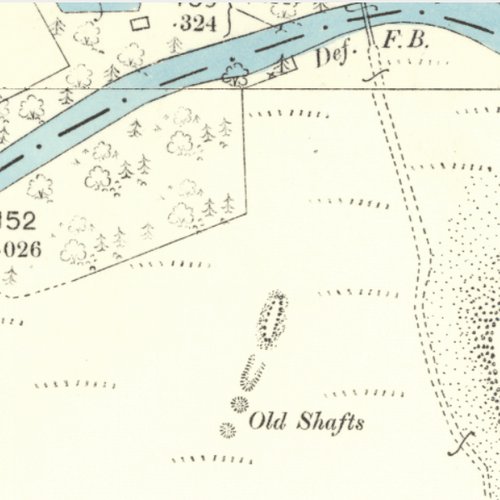 Inclined or level shafts to the Raeburn or Fells shale

Mining plans show two mines, 300 yards apart, on the southern bank of the Breich Water near Addiewell. Both are labelled "No. 1" on mining plans, but it is not known whether either was officially known as "Addiewell No. 1 Mine". The western mine (at 55.850405, -3.605140) might have been associated with workings in the Fells Shale linking many of the Addiewell pits, including No. 2 Pit. Available plans are difficult to interpret but it seems possible that a level road was driven from the outcrop of the Fells Shale in the river valley. Workings adjacent to this level road were last worked in 1883. It might alternatively be the case that this mine worked the Houston Coal. Oil Shales of the Lothians (British Geological Survey, first edition, 1906), states "On both sides of the Breich Water the Houston Coal was at one time extensively wrought, as shown by the numerous pits and mines defining its outcrop between the Blackbrae and Mid-Breich faults". The eastern mine (at 55.849672, -3.599991) was linked to the small scale workings in the Raeburn Shale served by Addiewell No. 4 Pit. These were abandoned in 1866. It is possible that No. 1 Mine was an exploratory working, following the Raeburn Shale from its outcrop on the steep hillside south of Breich Water.

See "Early mines and pits in the Addiewell area" for further background.

The "old shafts" mapped by the Ordnance Survey in c.1893, might represent subsidence of the adit. 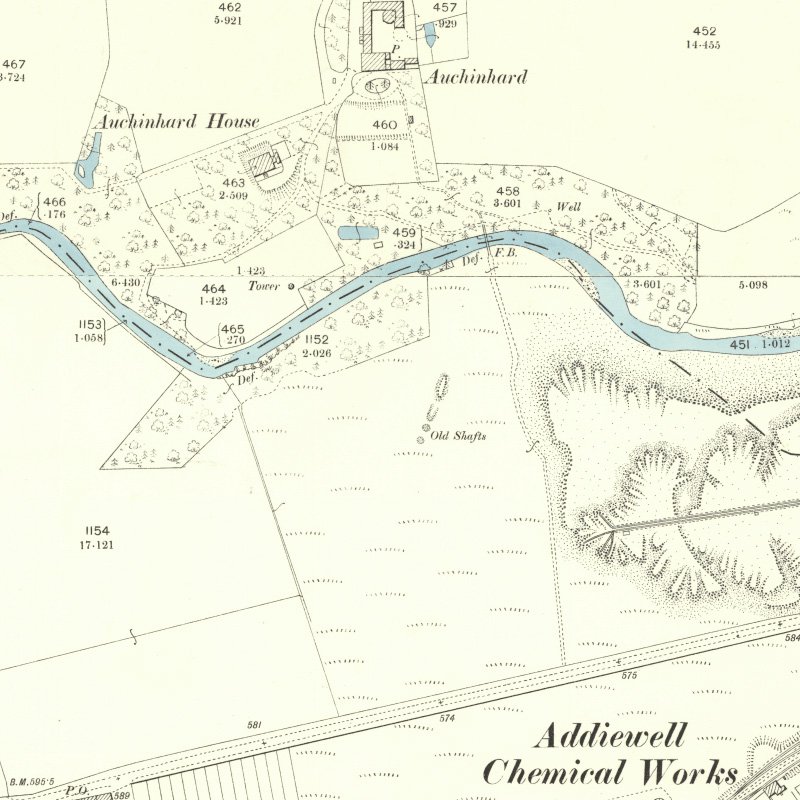 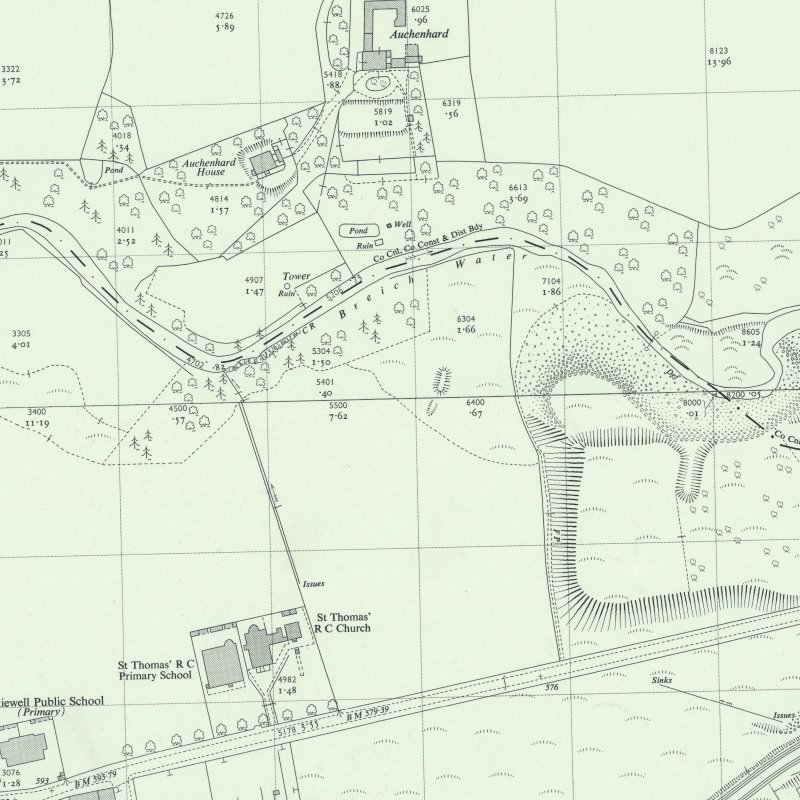 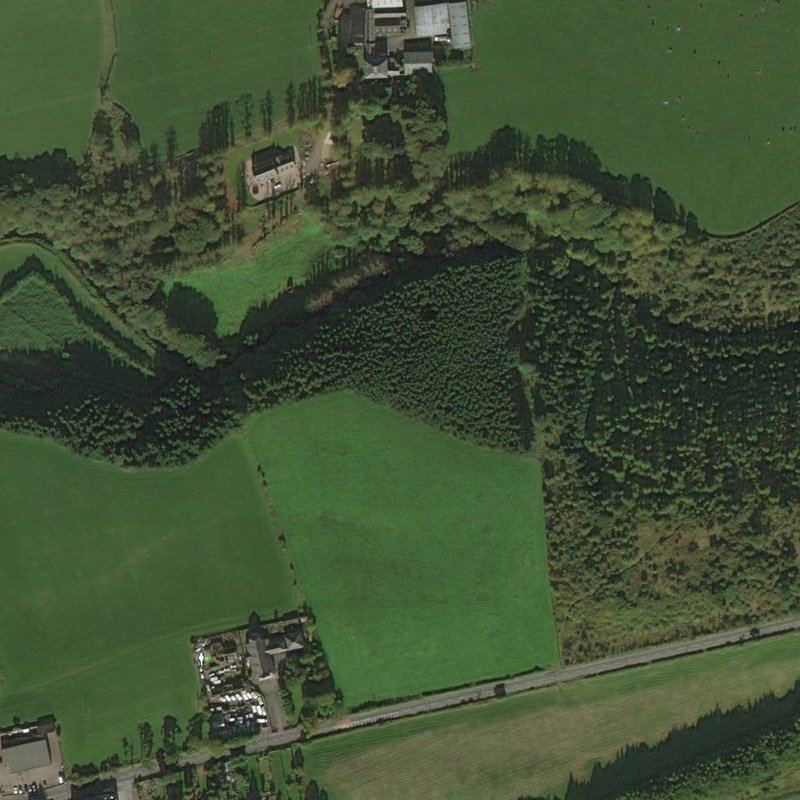 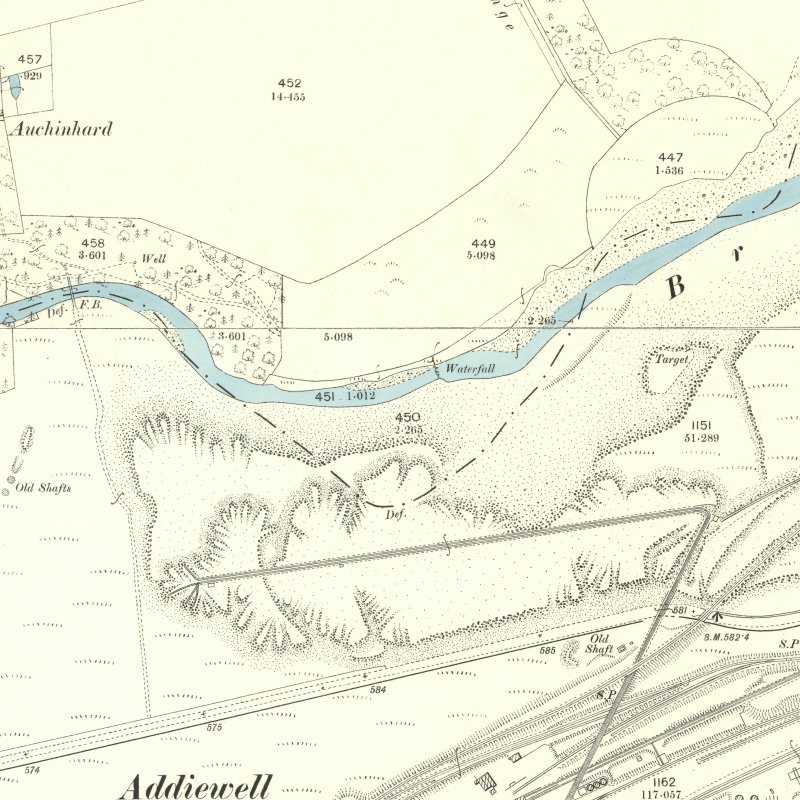 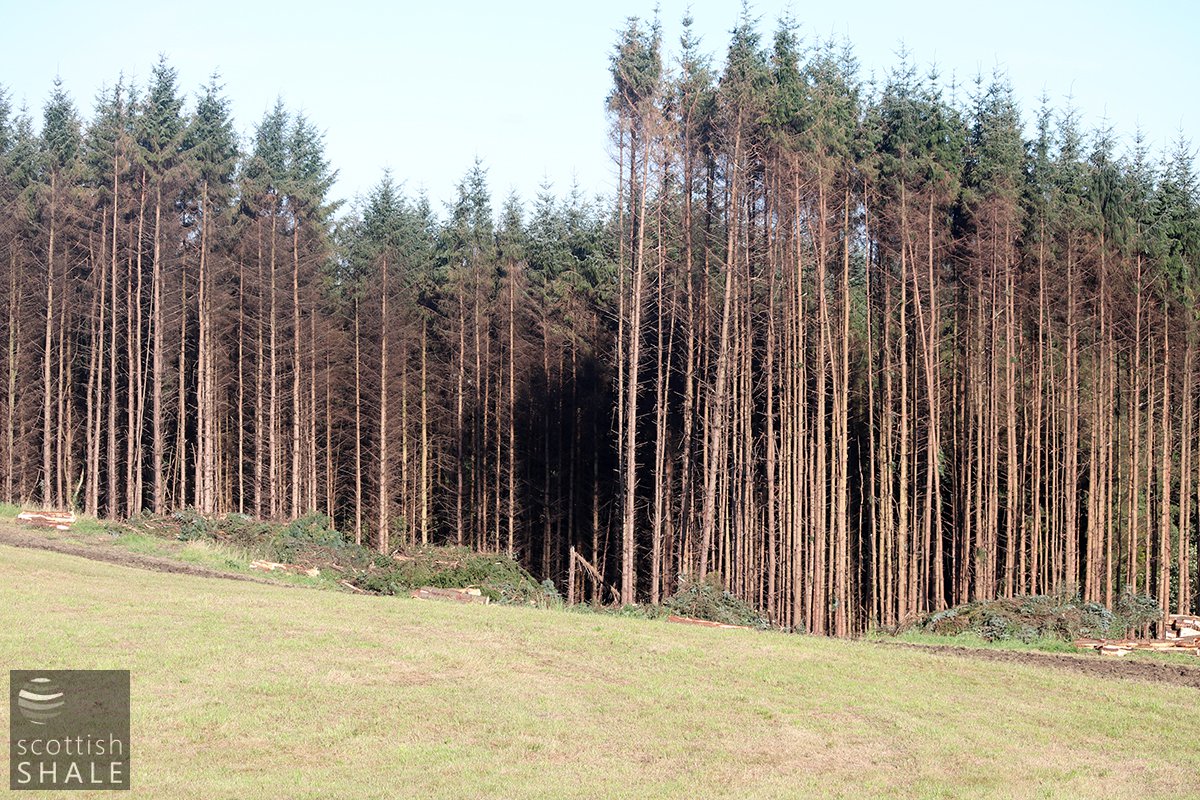 The location of Addiewell No.1 Mine lies behind the tree line. September 2020. 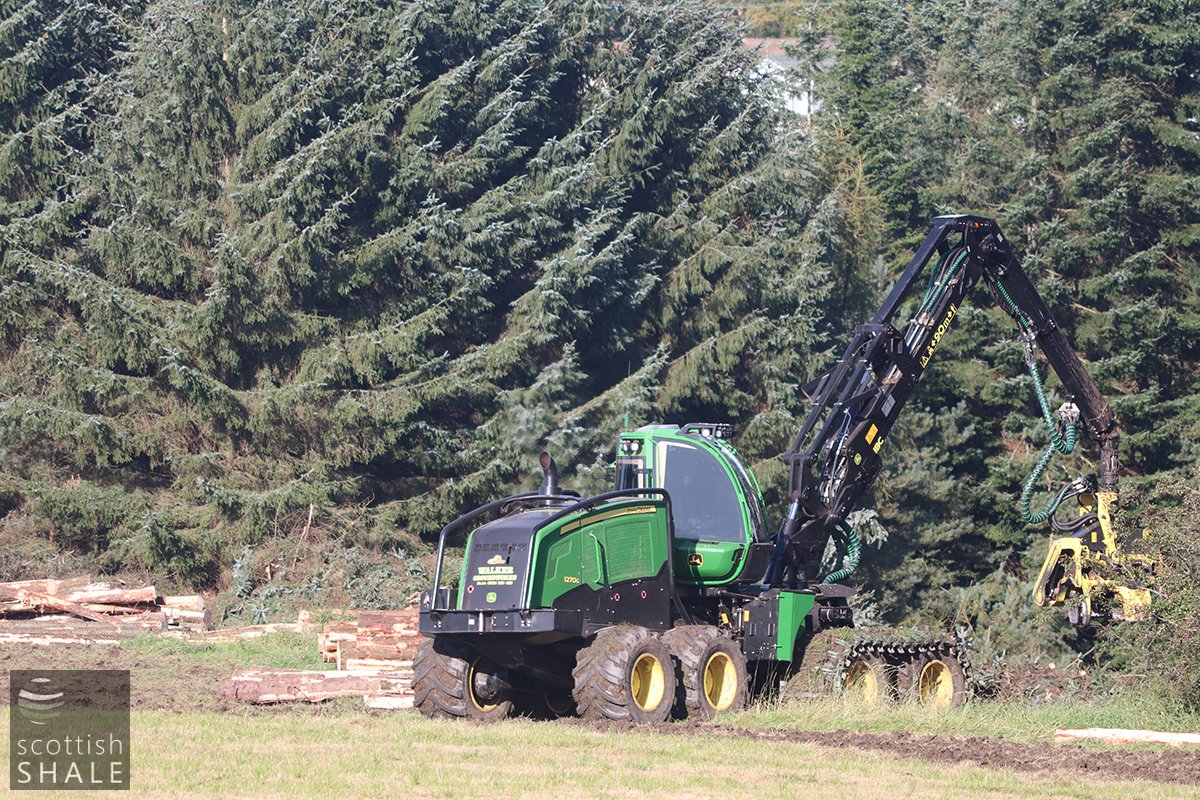 Clearing the forest around Addiewell No.1 Mine. September 2020. 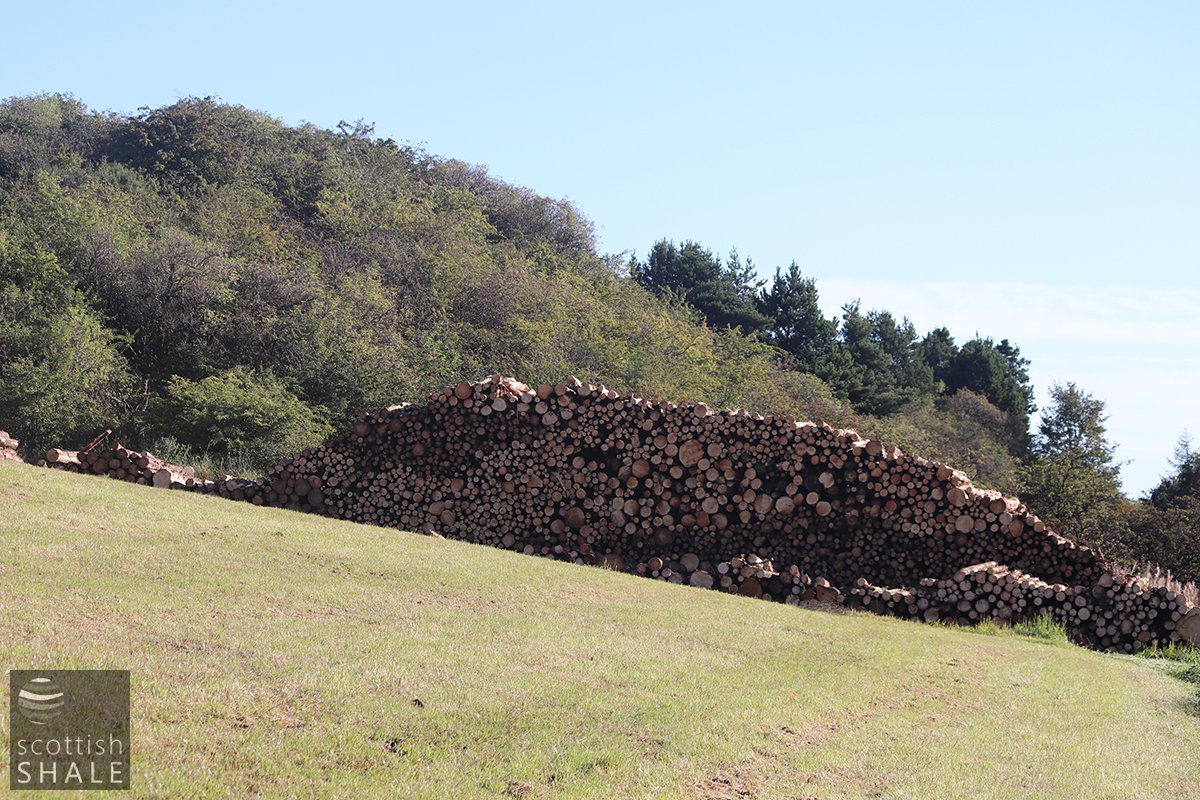 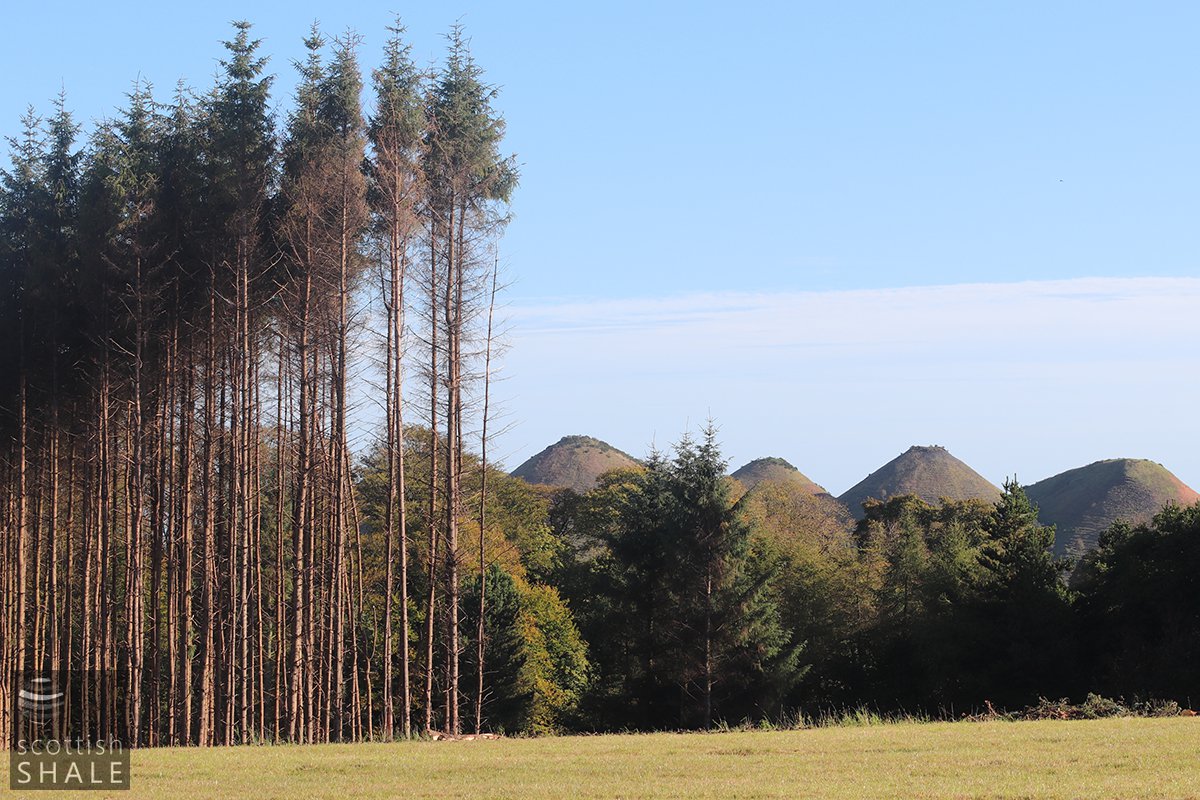 The Five Sisters bings are once again visible from the fields behind St. Thomas' Chapel. September 2020. 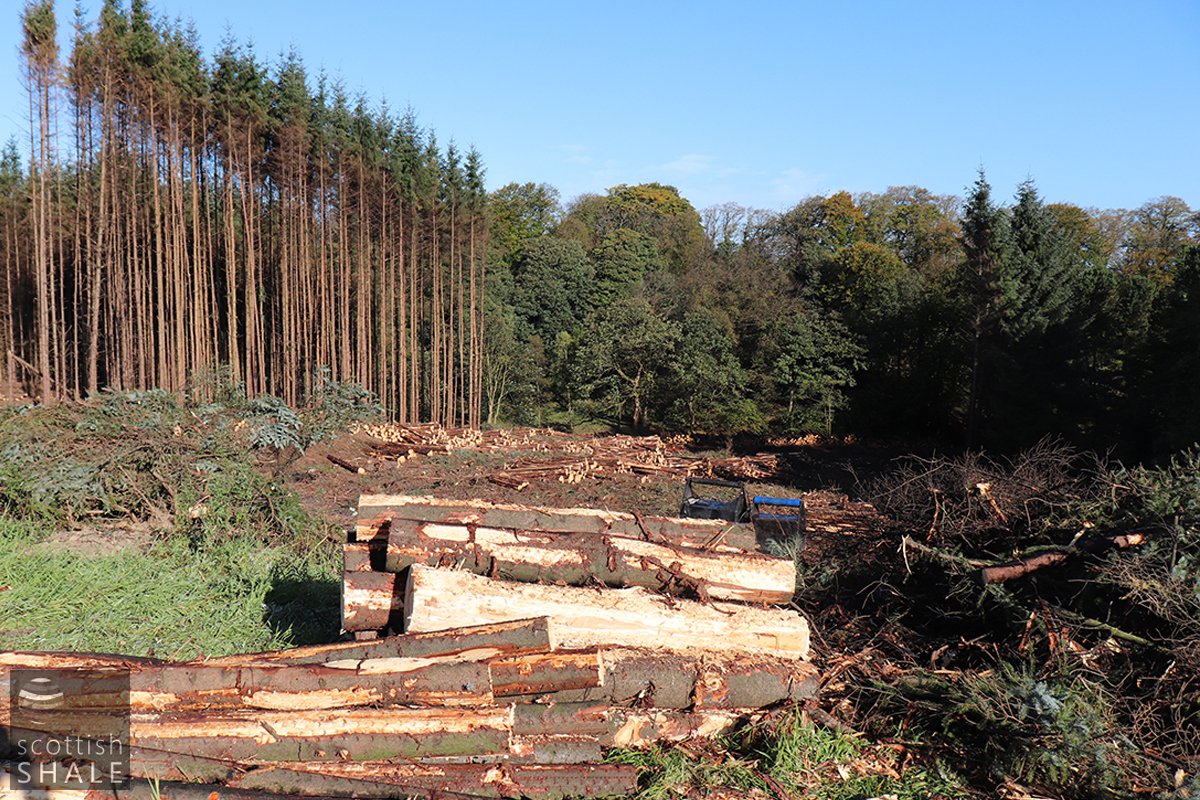 Looking North. Addiewell No.1 Mine lies to the centre/right. September 2020. 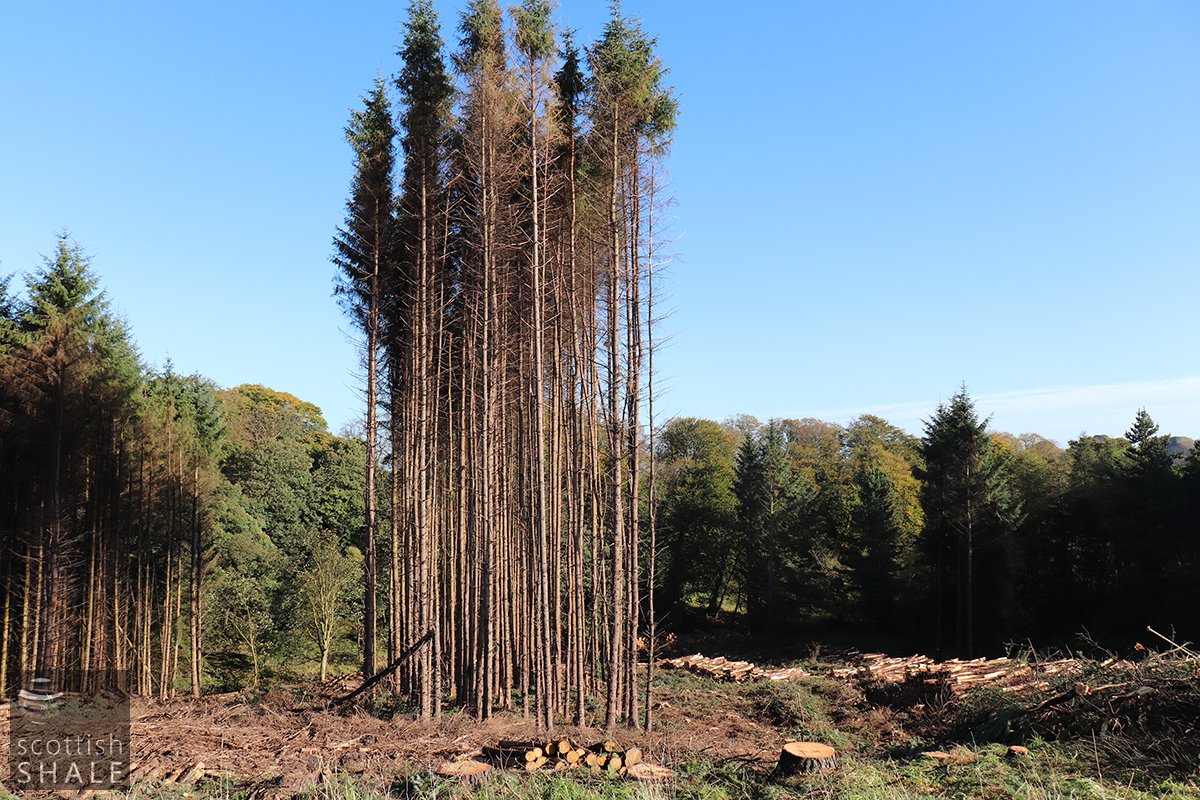 4th October 2020. With the trees now felled around the area of Addiewell No.1 mine, Auchinhard House is once again visible from the fields to the South of the Breich Water. The location of the mine is to the far right of this picture.