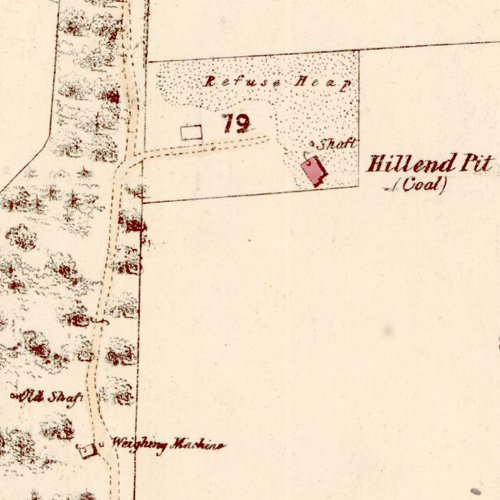 A pit, or a number of pits, working the Houston Coal and established prior to the shale oil period. Notes associated with "shale seams" sketch (see Drawings) suggest that the pit was worked for a period by the Uphall Mineral Oil Company, later the Uphall Mineral Oil Company Ltd, presumably to fuel their Uphall Oil Works (opened c.1866) or their Hopetoun Oil Works (opened c.1872).

The first edition OS map (c.1856) shows a building - presumably an engine-house - adjacent to a shaft and a refuse heap. An "old shaft" close to a weighing machine is shown on the approach road to the site from the public Faucheldean to Ochiltree road. The second edition OS map (c.1897) shows no trace of the pit building shown on the earlier survey, although the outline of the refuse tip had been incorporated in the field boundary, and this area had become established as woodland by the time of the 1916 survey.

Mapped by the Ordnance Survey of c.1855 appears to show the pit in operation. 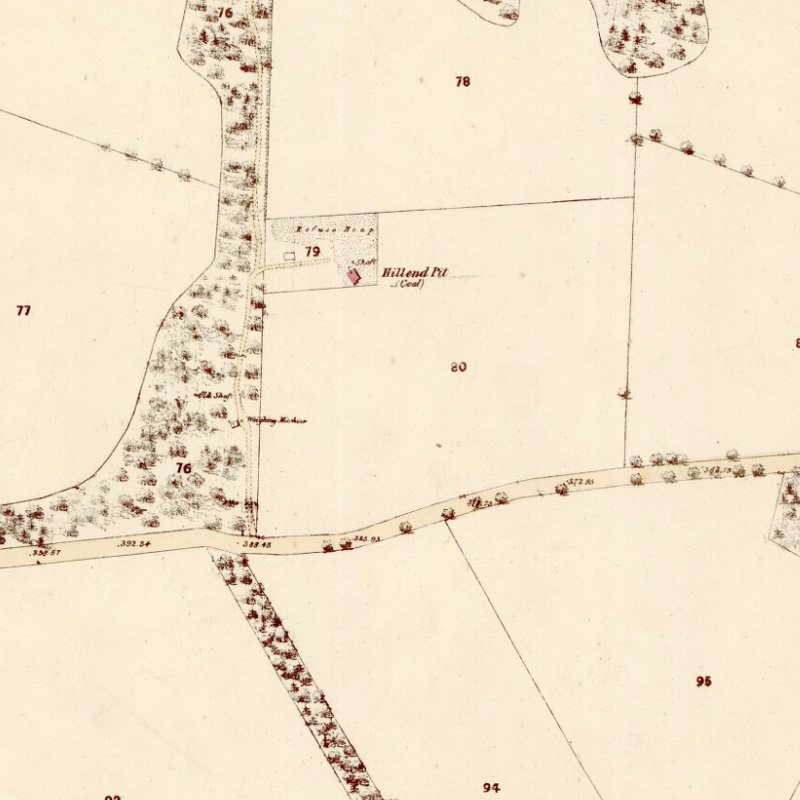 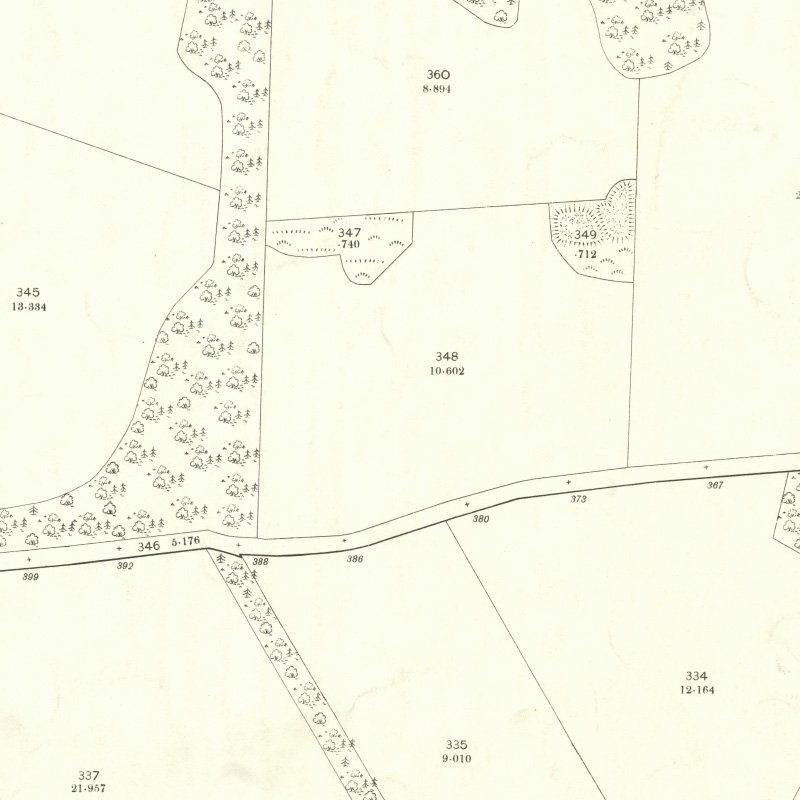 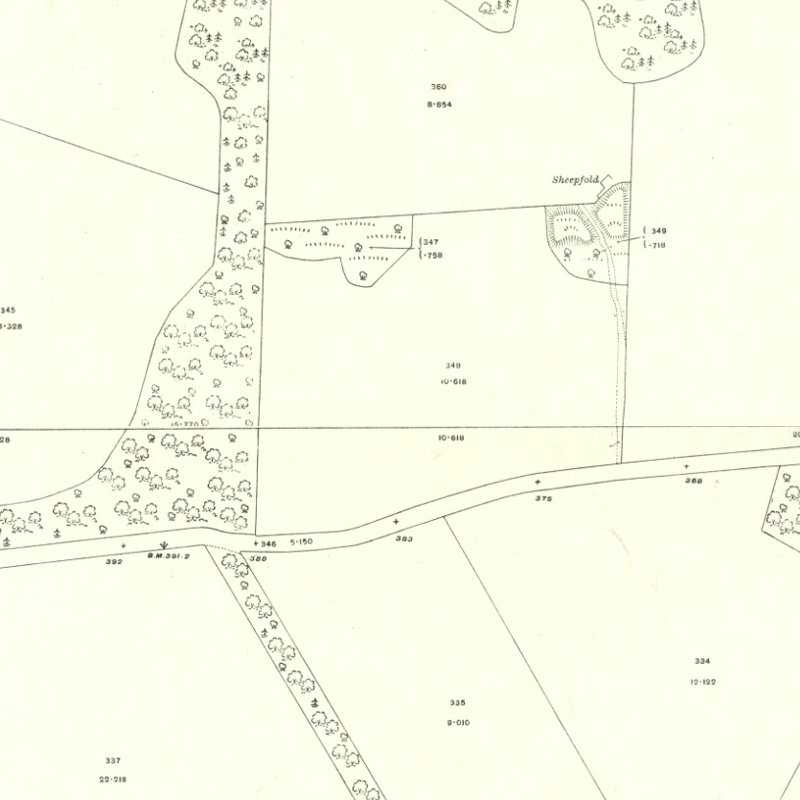 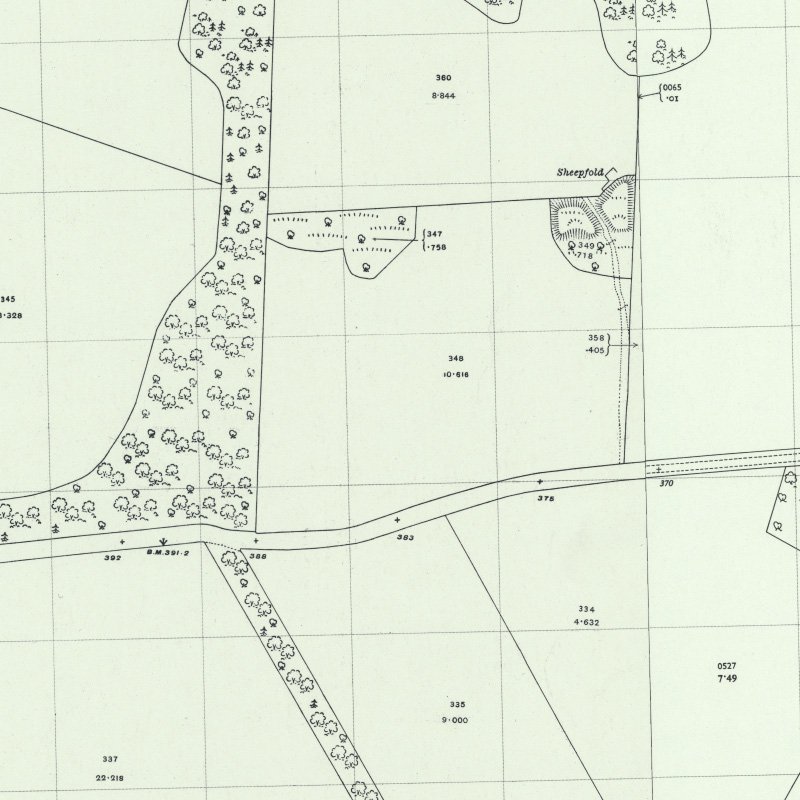 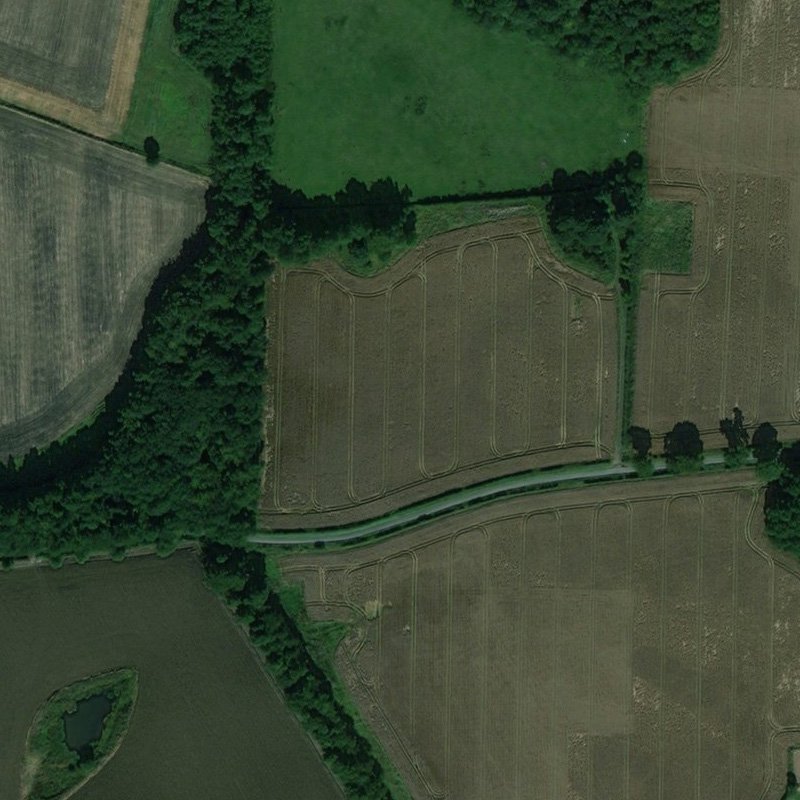 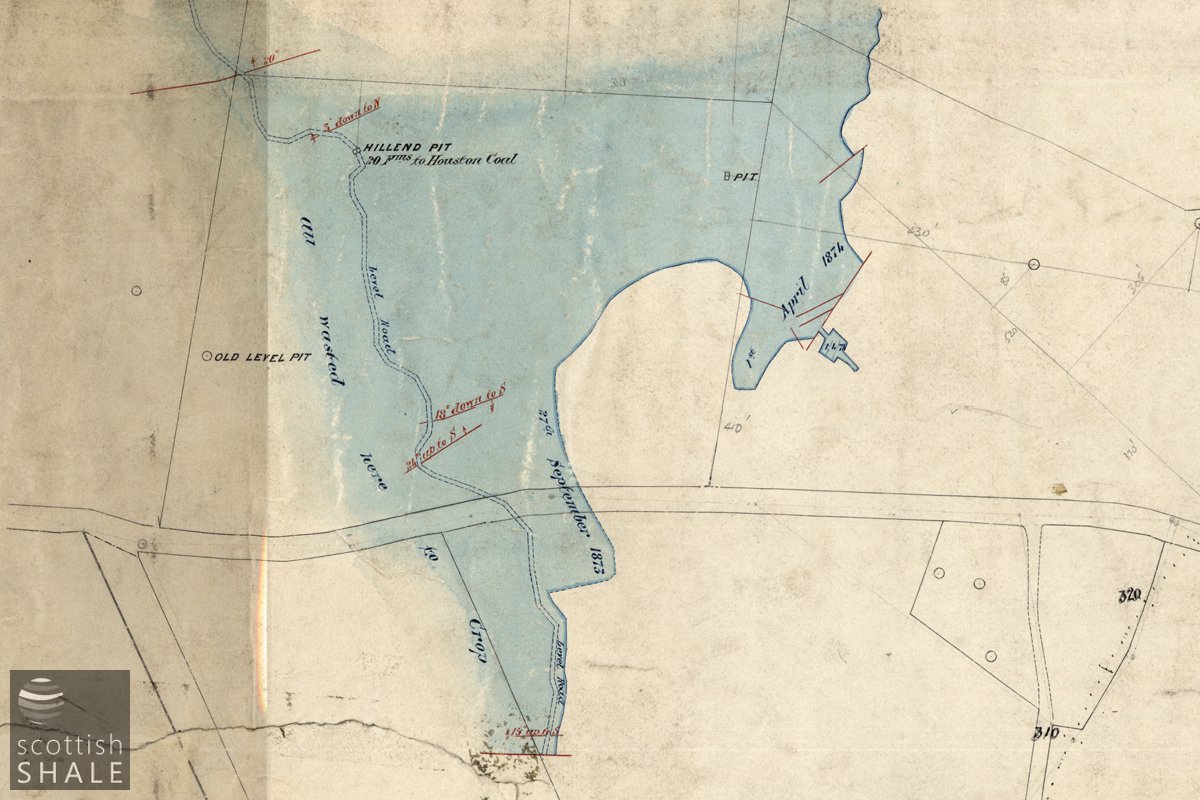 Detail from plan of workings at Kirklands, From British Geological Survey. LSP 67R (15641). 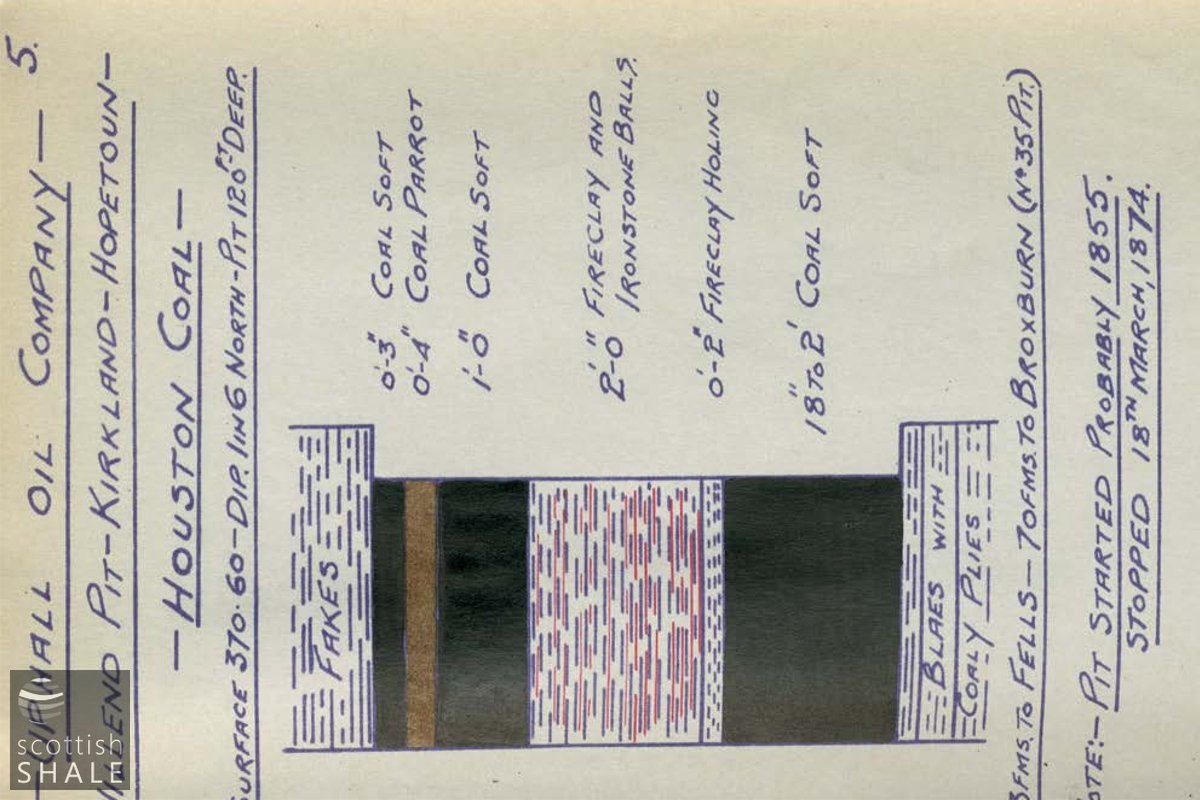 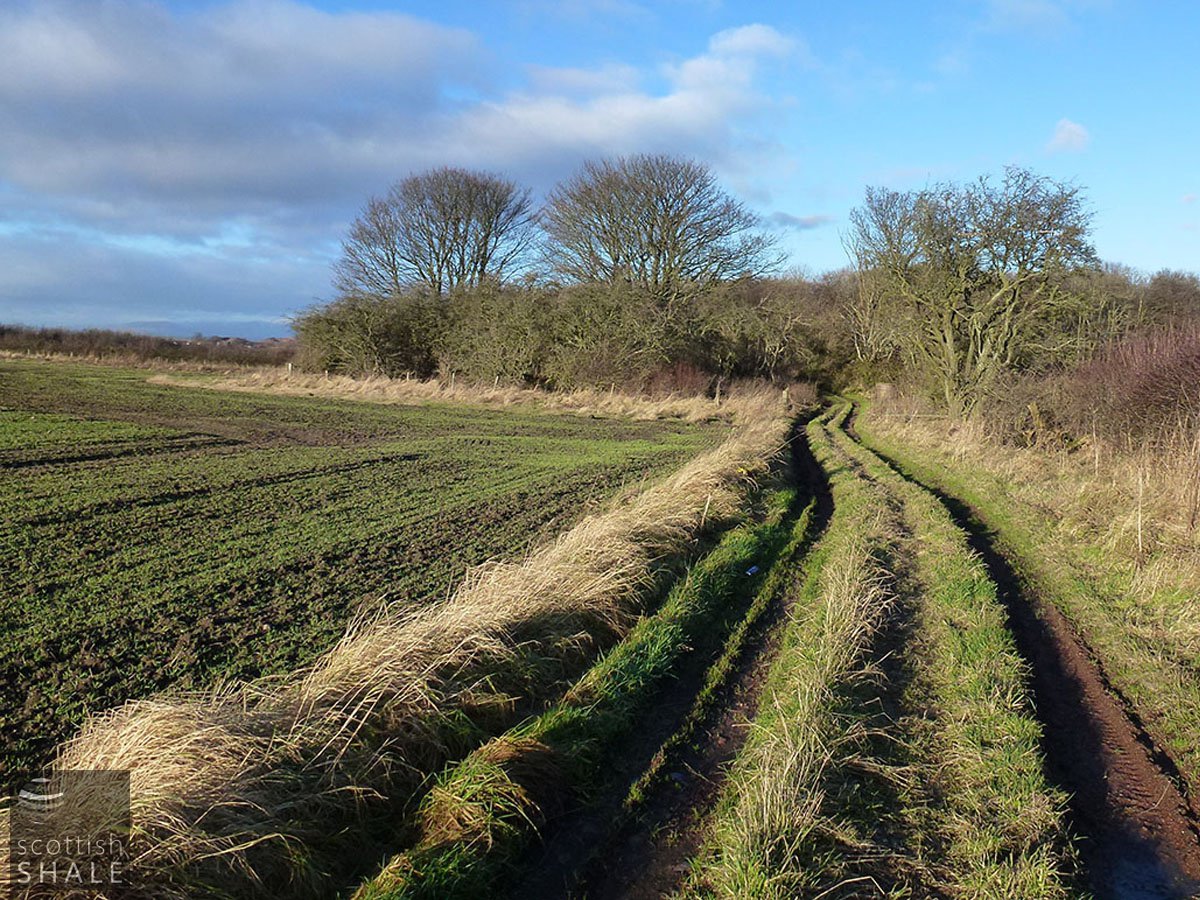 View toward site of post-1856 shaft and waste bing at the eastern part of the site. Looking north. January 2013. 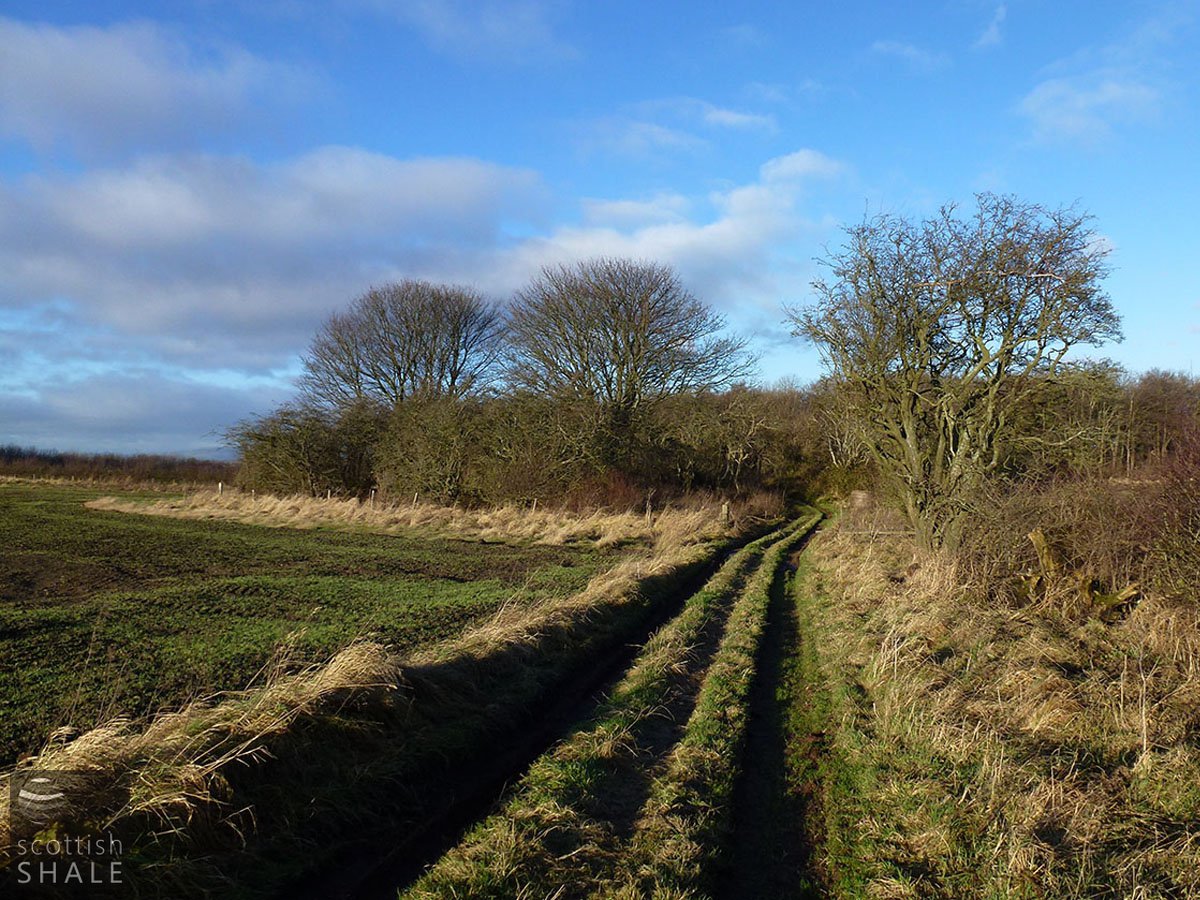 View toward site of the shaft and waste bing at the eastern part of the site. Looking north. January 2013. 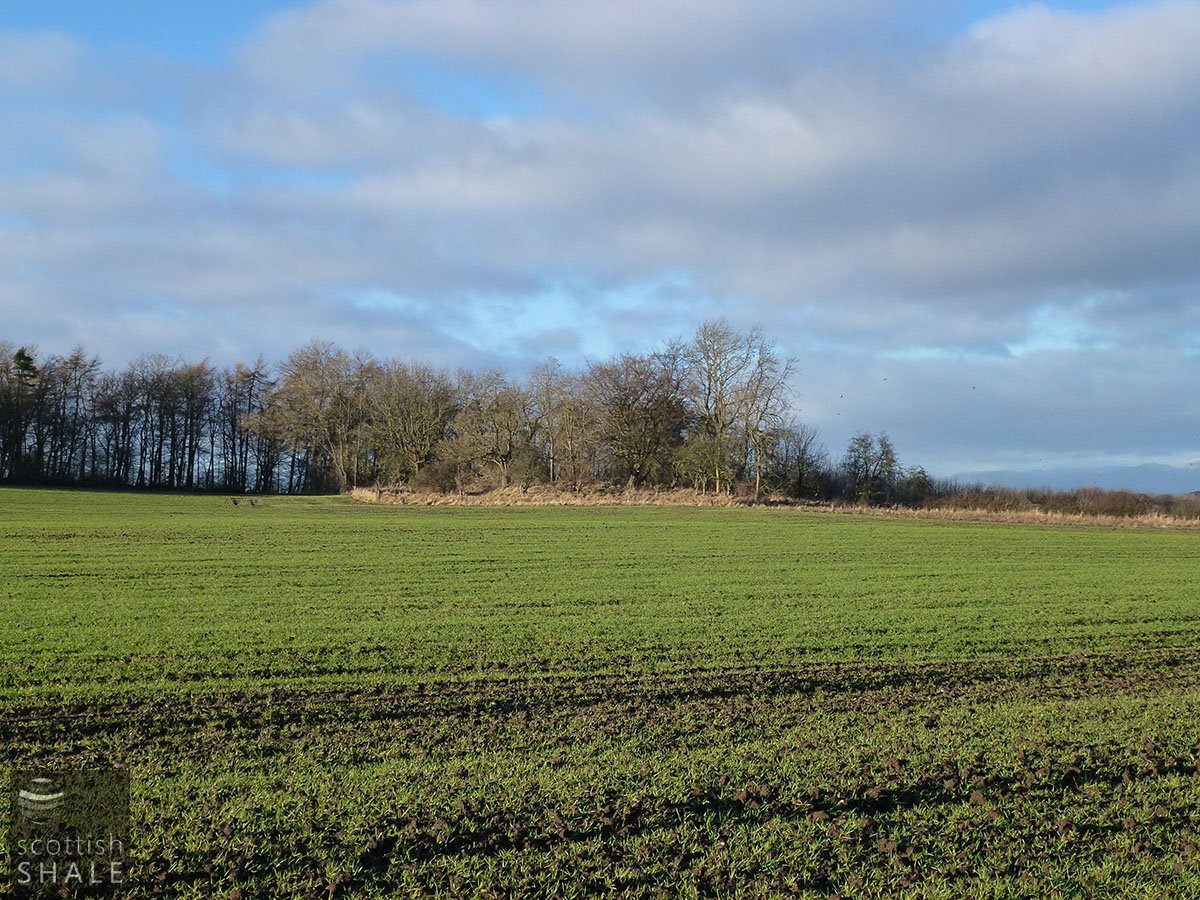 "At Hillend pit........The roof of the seam is generally weak, and the coal is so full of pyrites and ribs of stone as to be unprofitable for mining purposes except during times of scarcity and high prices."