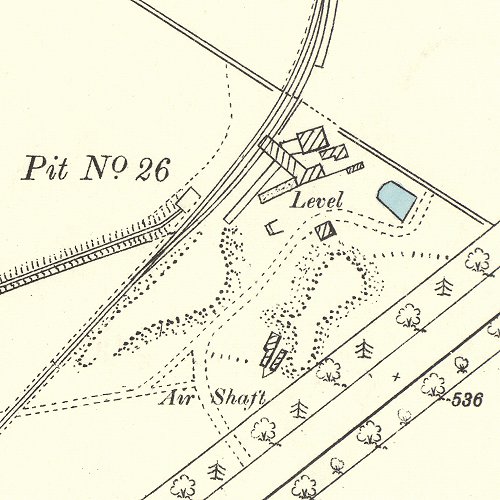 Extensive, steeply inclined workings in the Dunnet Shale, north east of West Calder, with a cross cut mine proving access to further Dunnet Shale beneath Mossend. 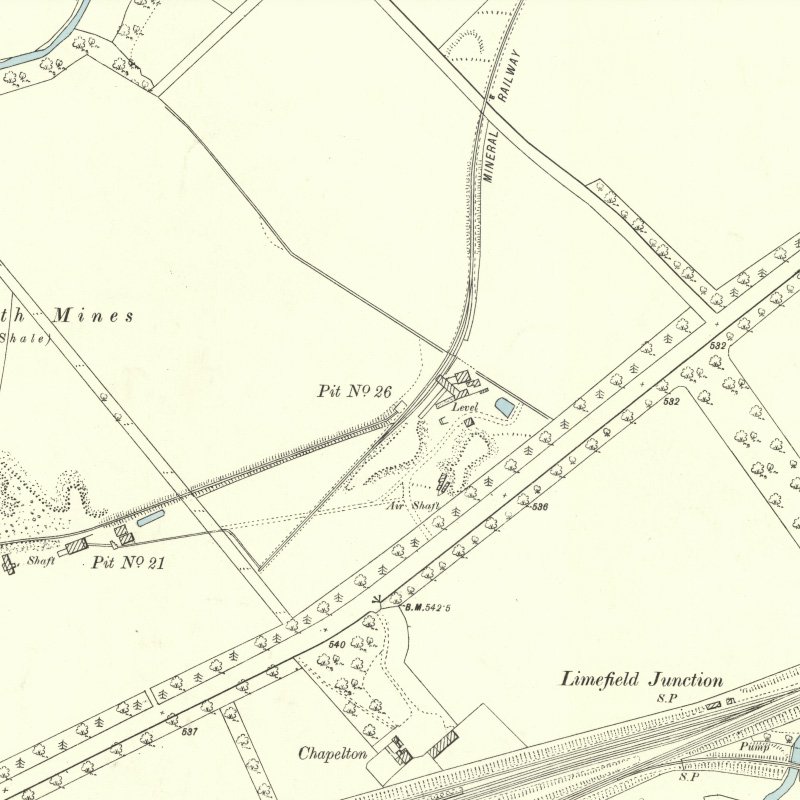 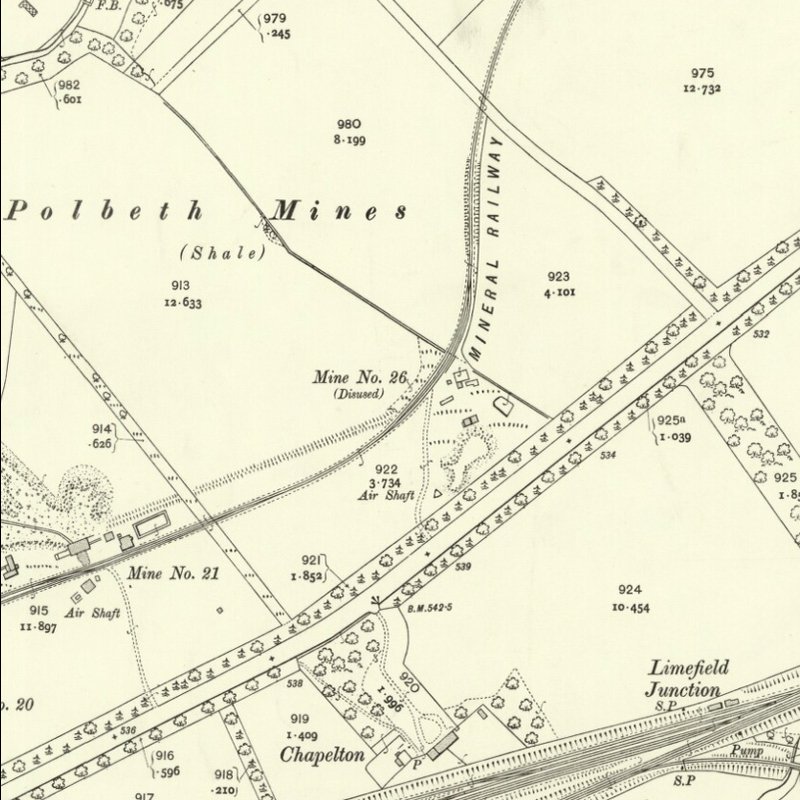 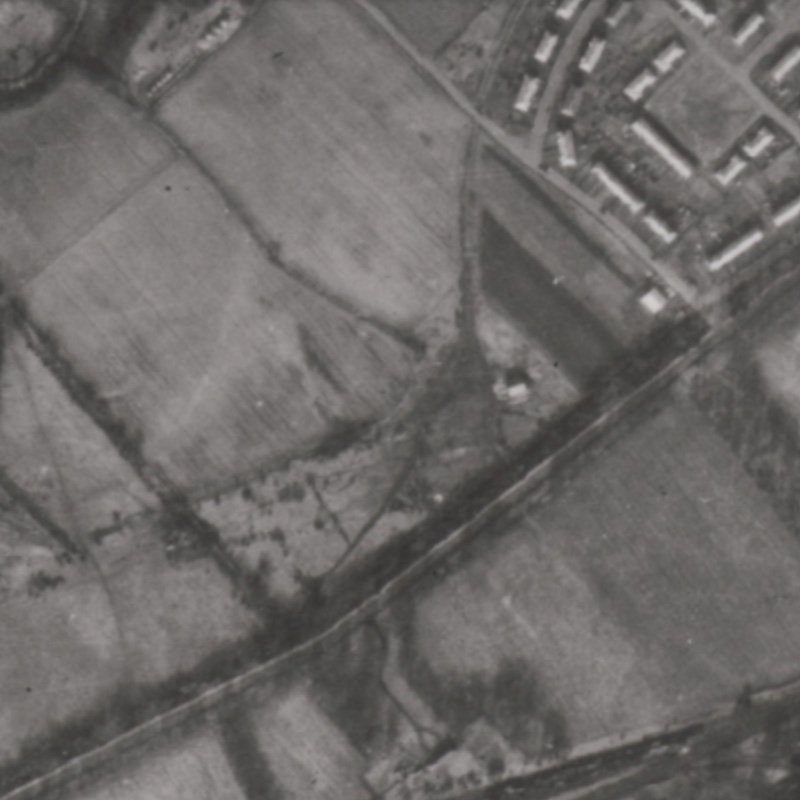 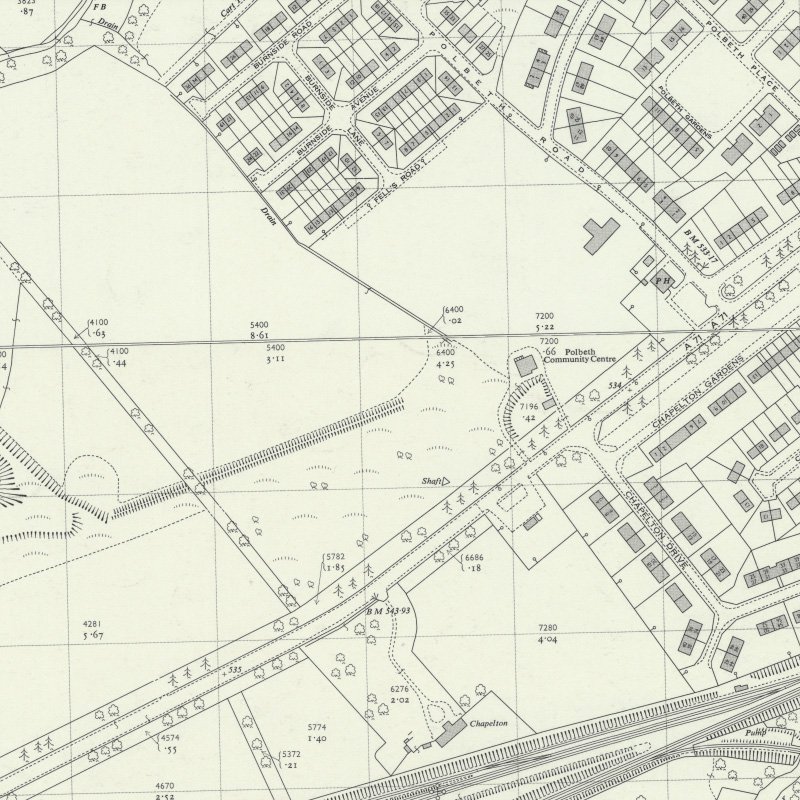 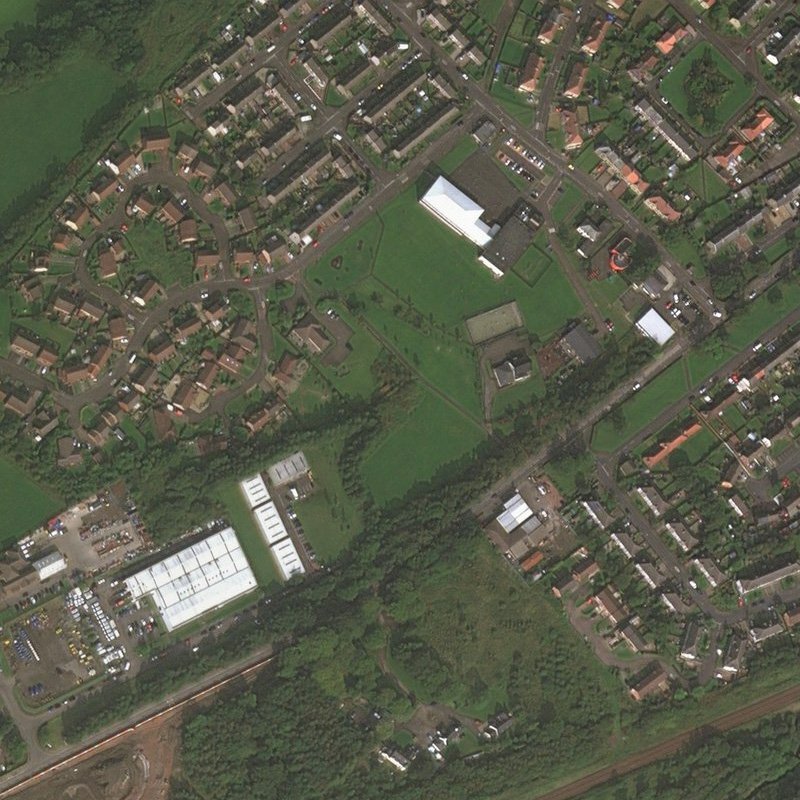 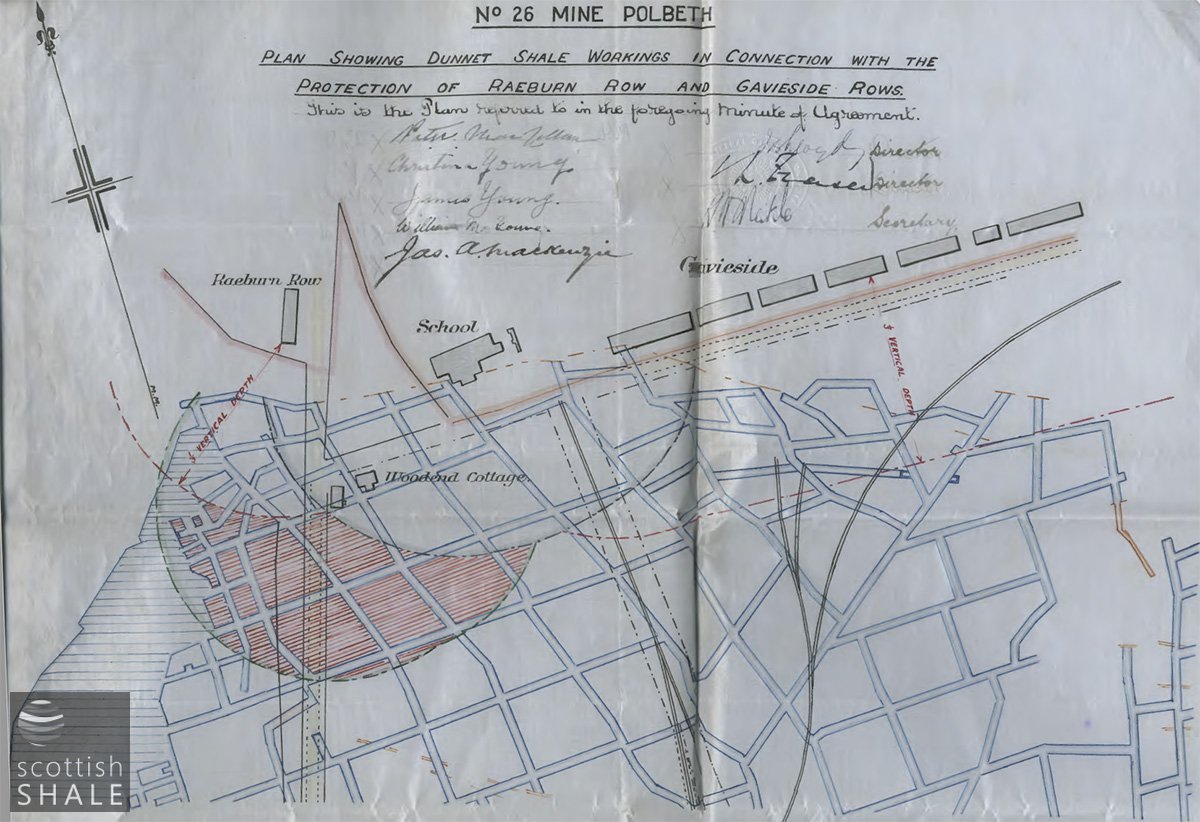 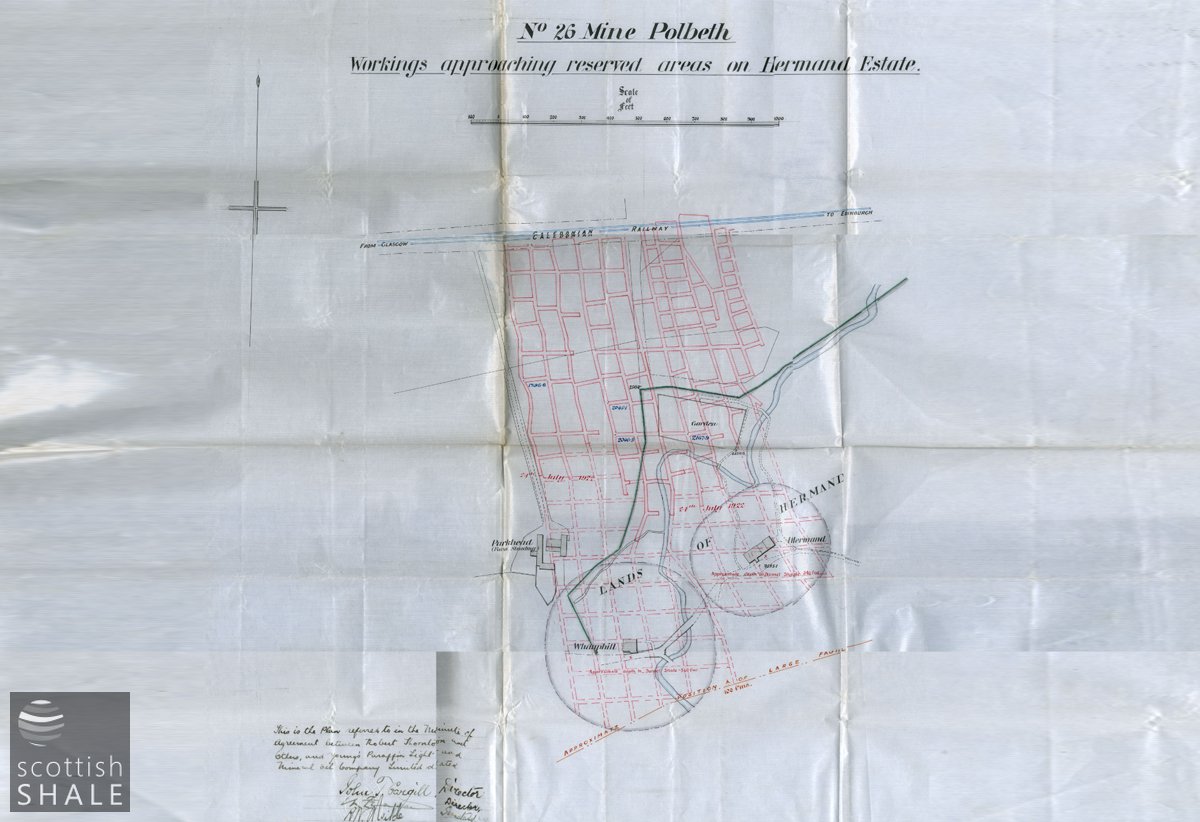 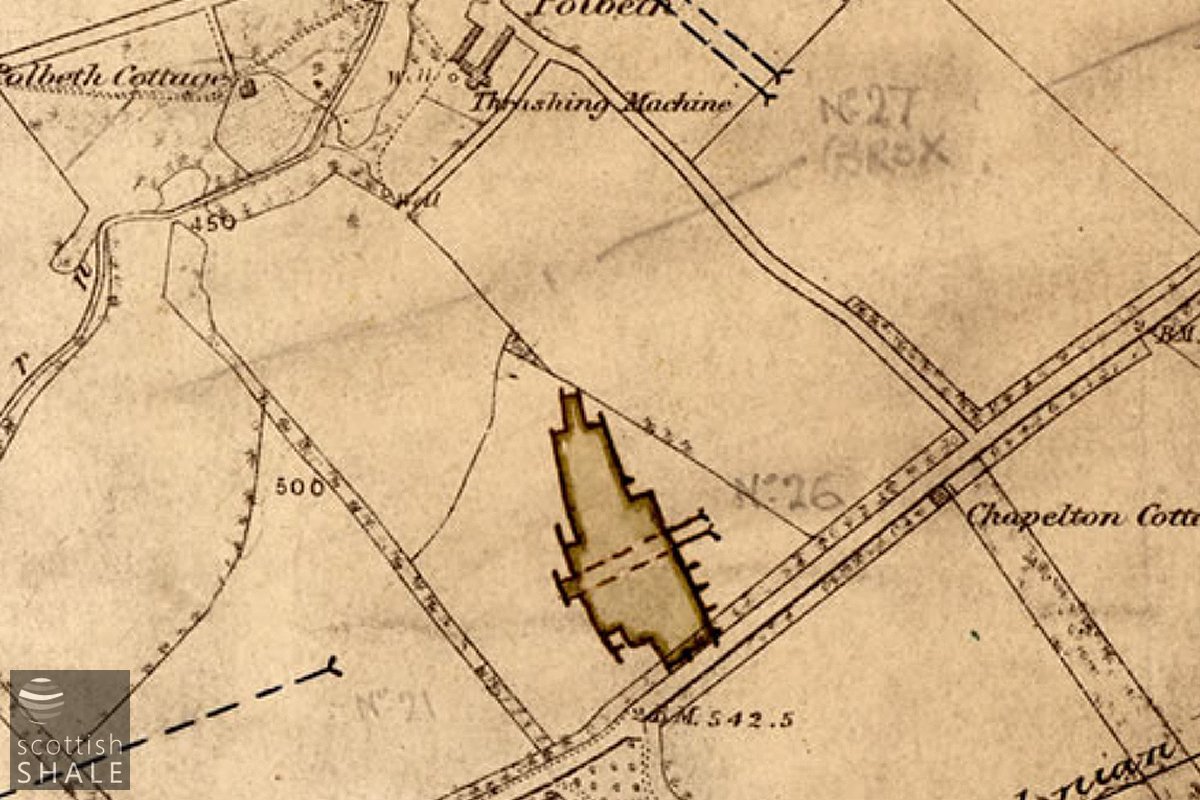 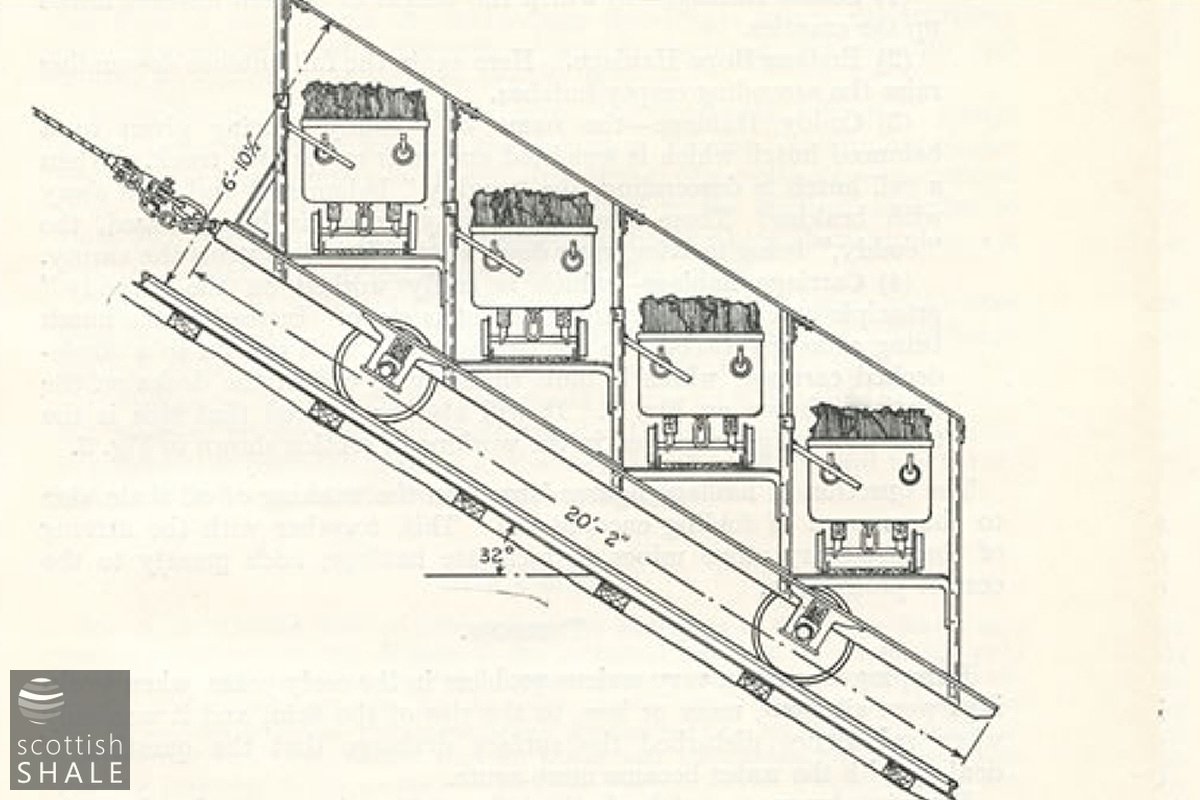 Incline carriage used in No.26 mine. From Sneddon, Caldwell & Stein, Seventy-Five years of shale mining, Institute of Petroleum, 1938. 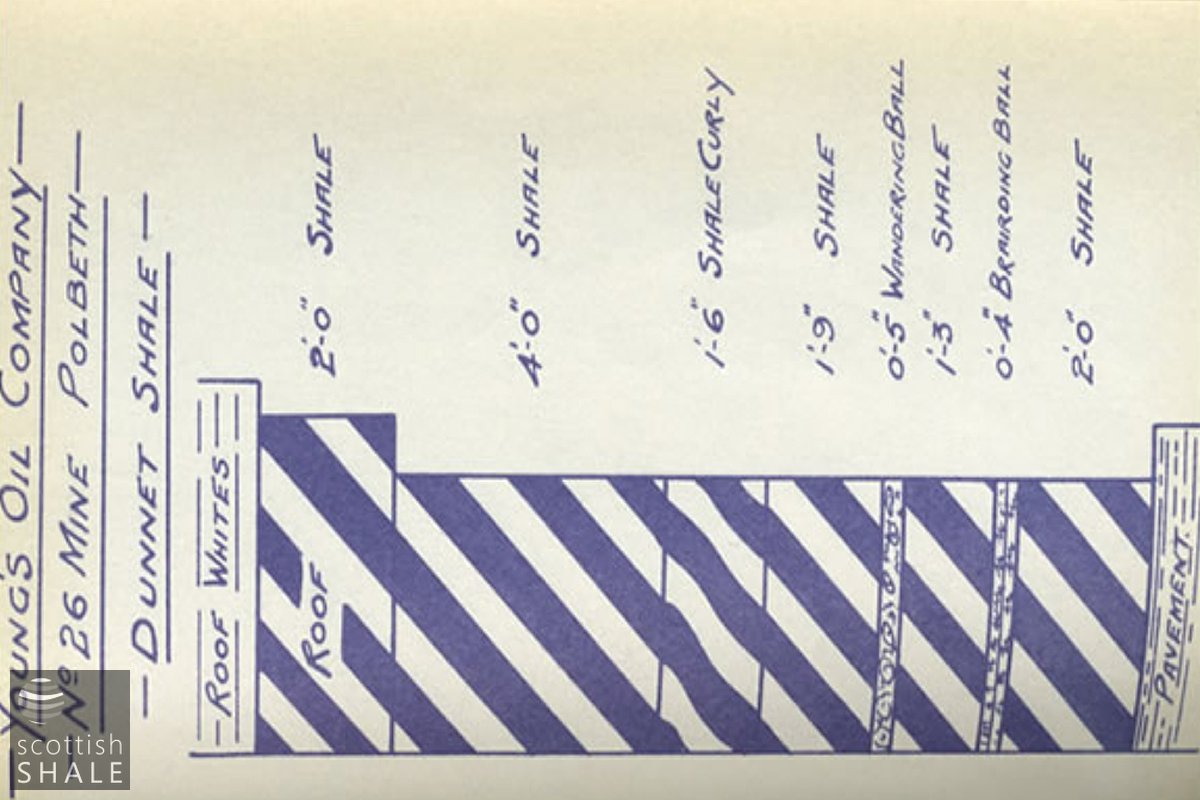 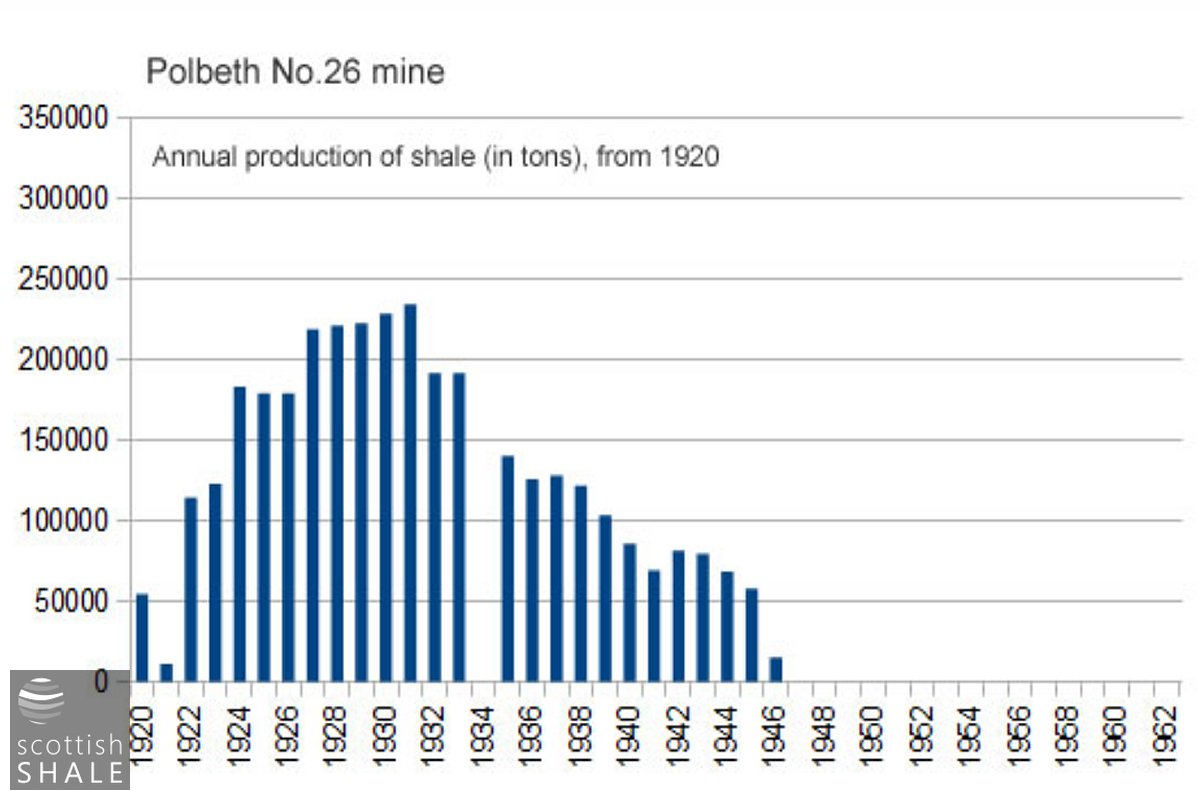 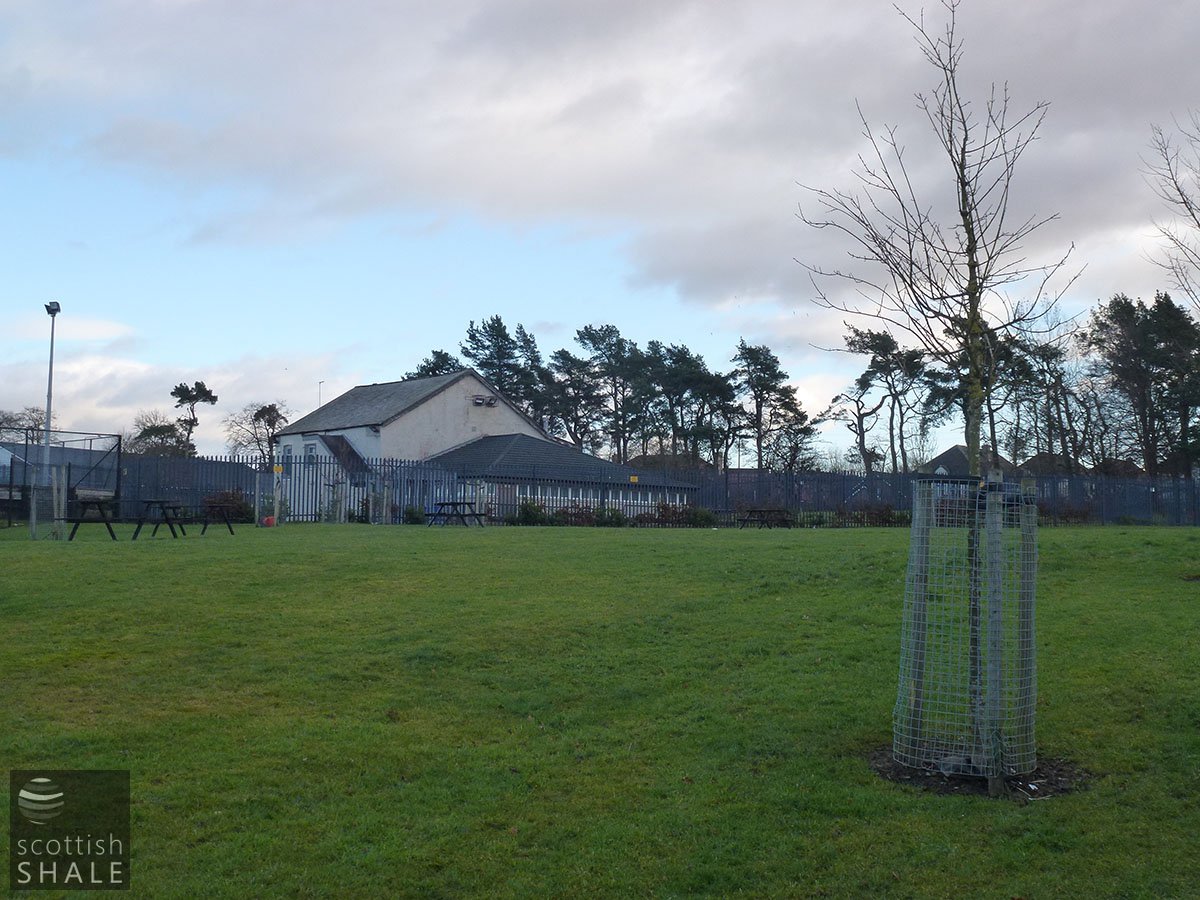 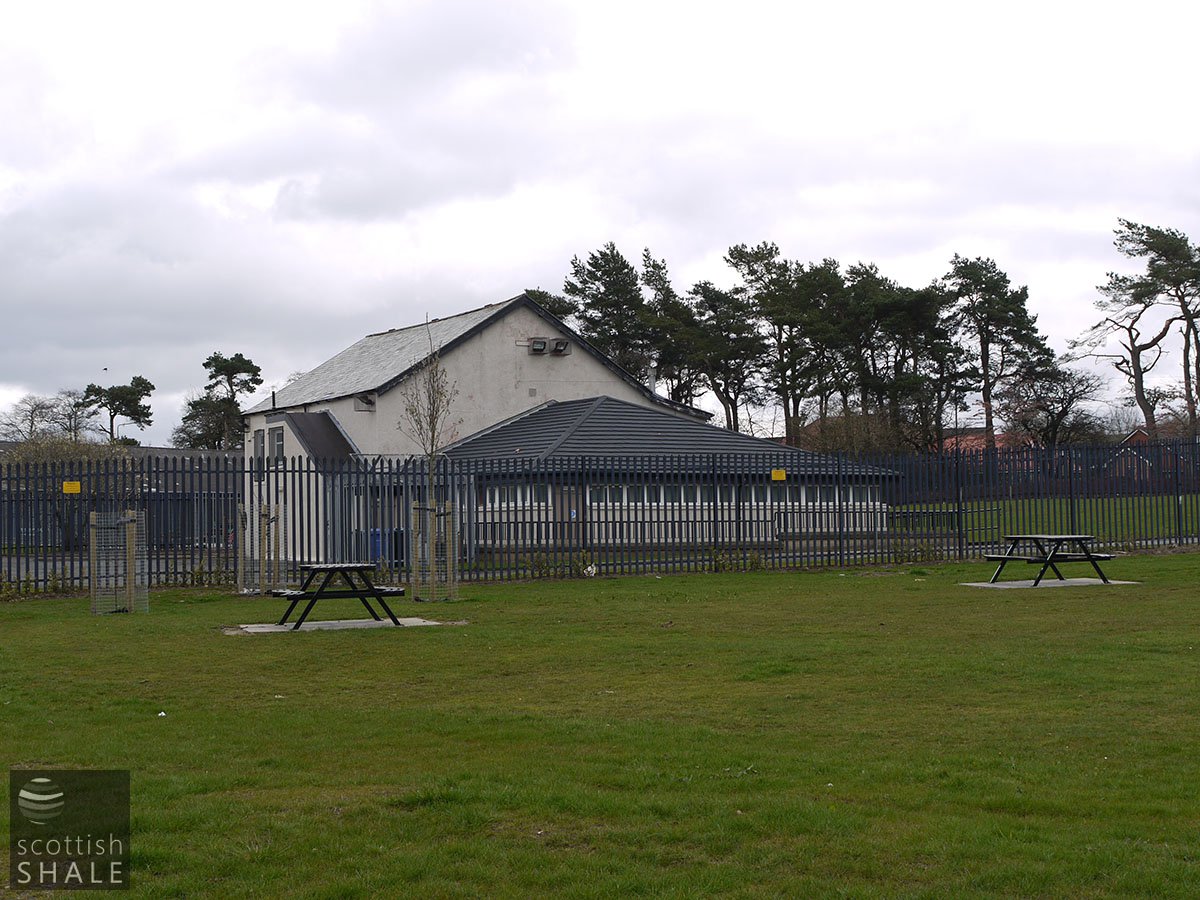 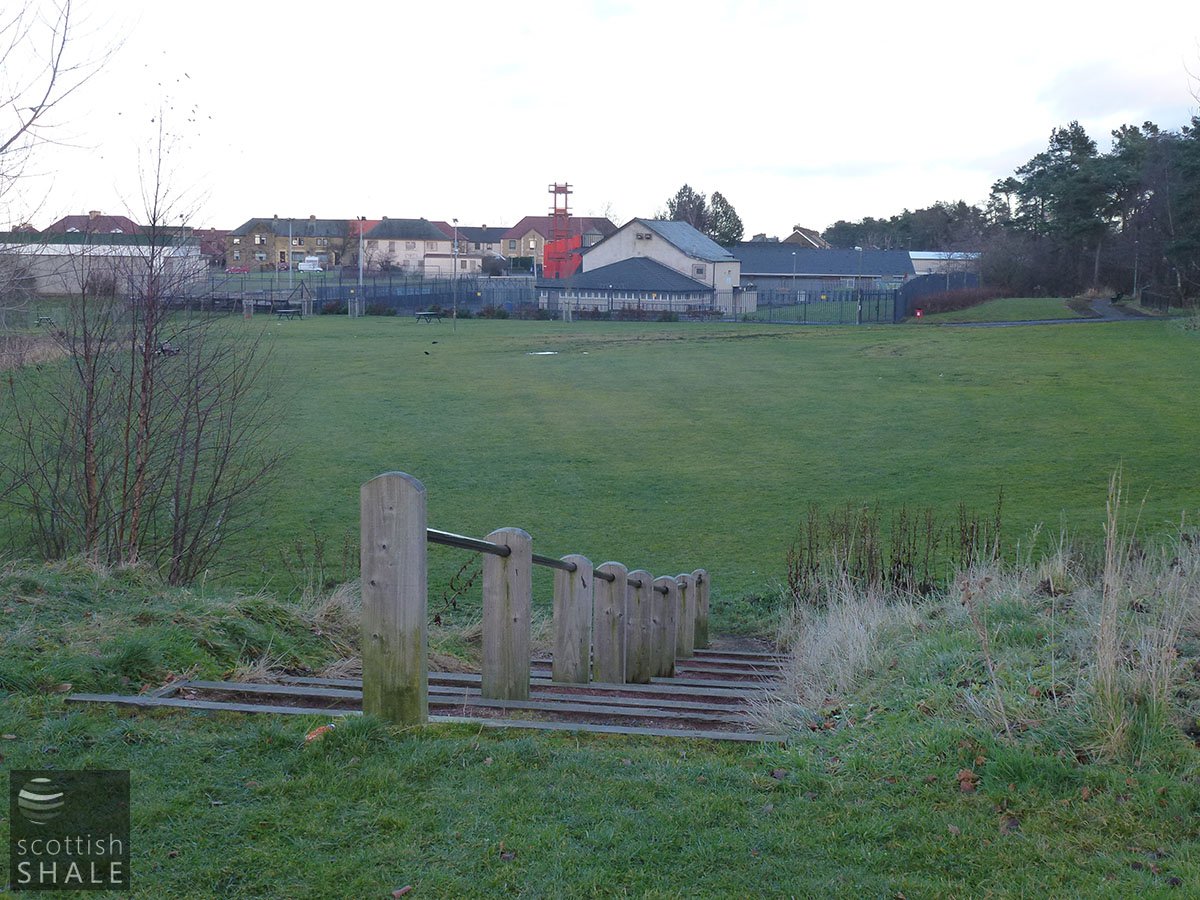 Looking north east, with Polbeth nursery behind and St. Mary's RC Primary School to the far left of the picture. April 2010.

The breaking of an axle of one of the carriages in the main line resulted in a collision and damage which caused the loss of output for a day and a half (June 1924). The new electric haulage to replace 4 ponies is being erected; one of sections has approached a large fault, and we are considering the advisability of going through this (October 1924). The new electric haulage has been put to work and is giving every satisfaction (November 1924).

Steam is still used (for haulage) on a heavy duty at No.26 mine, Polbeth. In this case the average gradient of the mine is 32 degrees, and highly satisfactory results have been obtained by use of two-stepped steel carriages which hold four hutches.