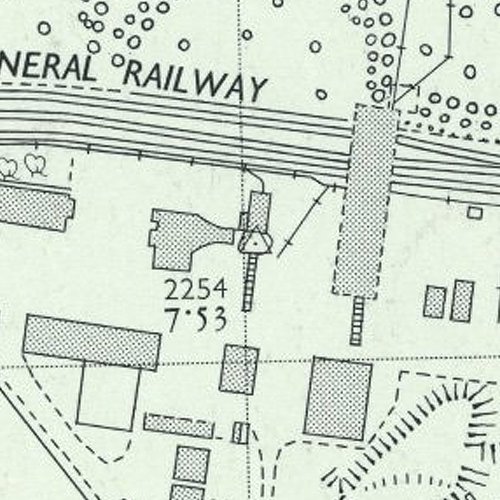 Burngrange was a showcase pit, using the latest technology, and featured in the 1938 edition of Scottish Oils Ltd's "Brief description of the Scottish Shale Oil Industry. This publication (download here) provides a detailed account of the pit and its operation.

While Burngrange Pit might otherwise have been considered as a notable success, it's name will forever be associated with the shale oil industry's blackest hour: the Burngrange Disaster of 1947. On 10th of January 1947, an underground explosion and fire led to the death of 15 men; by far the greatest loss of life in any accident during the history of shale oil industry. Download report.

Mapped by the Ordnance Survey of c.1952, showing the pit in production. 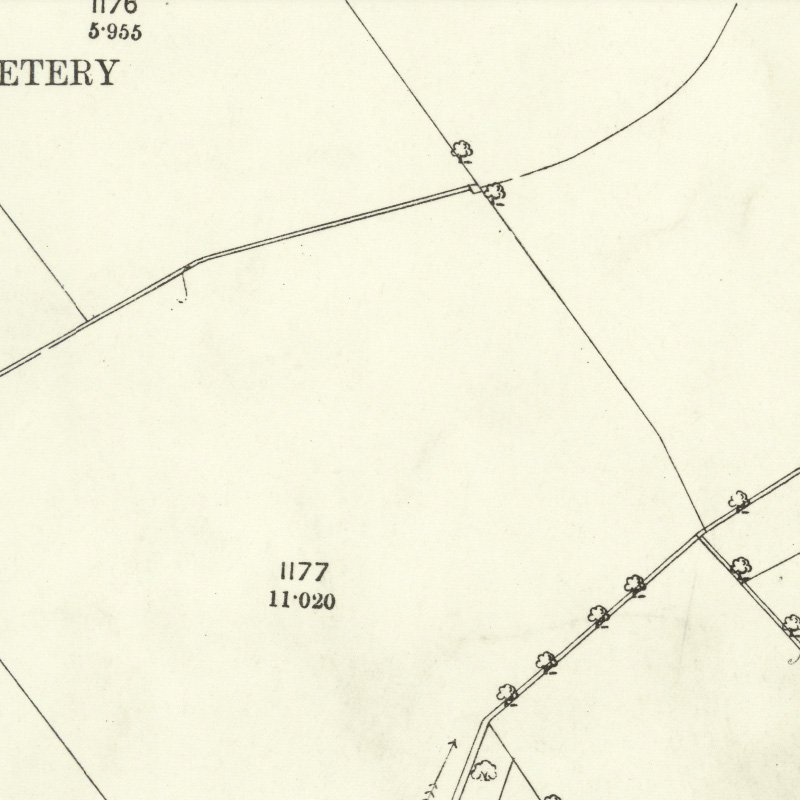 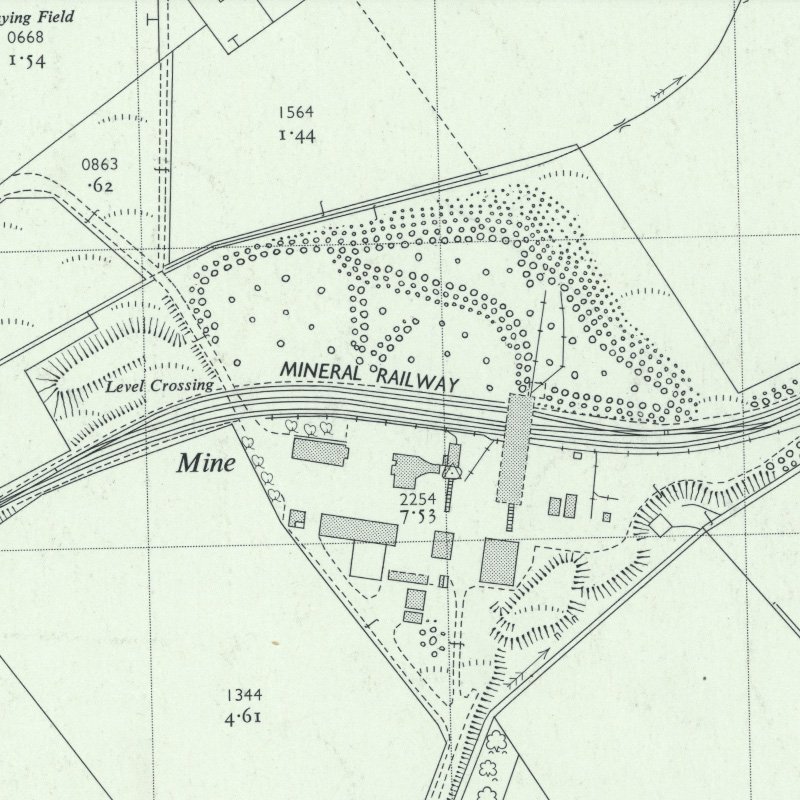 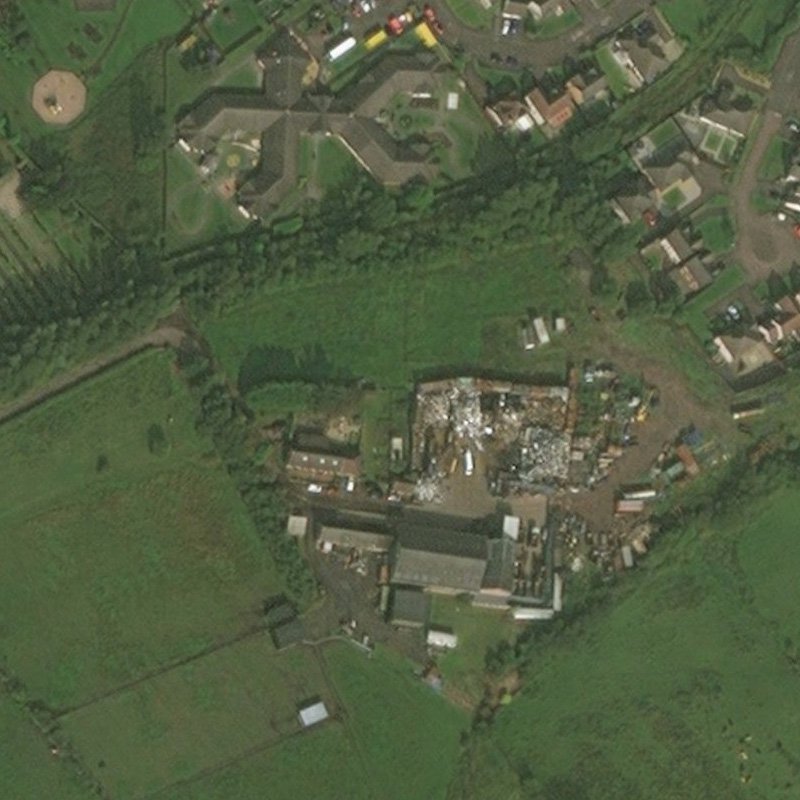 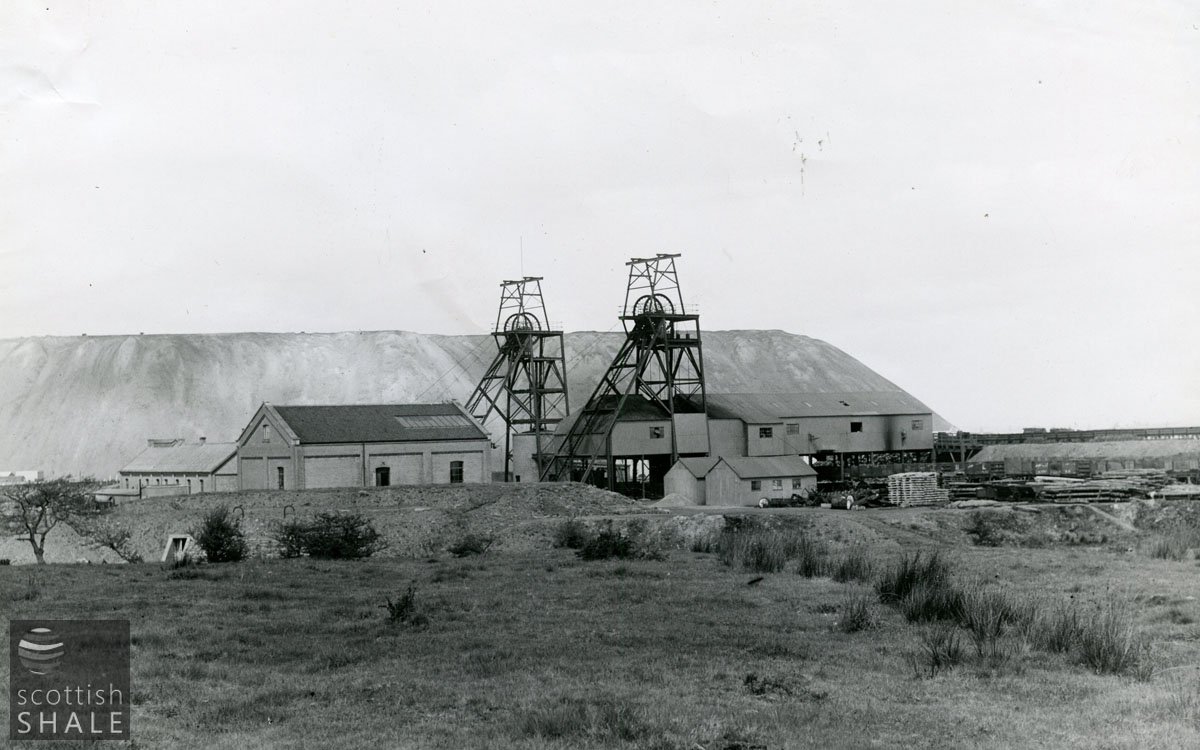 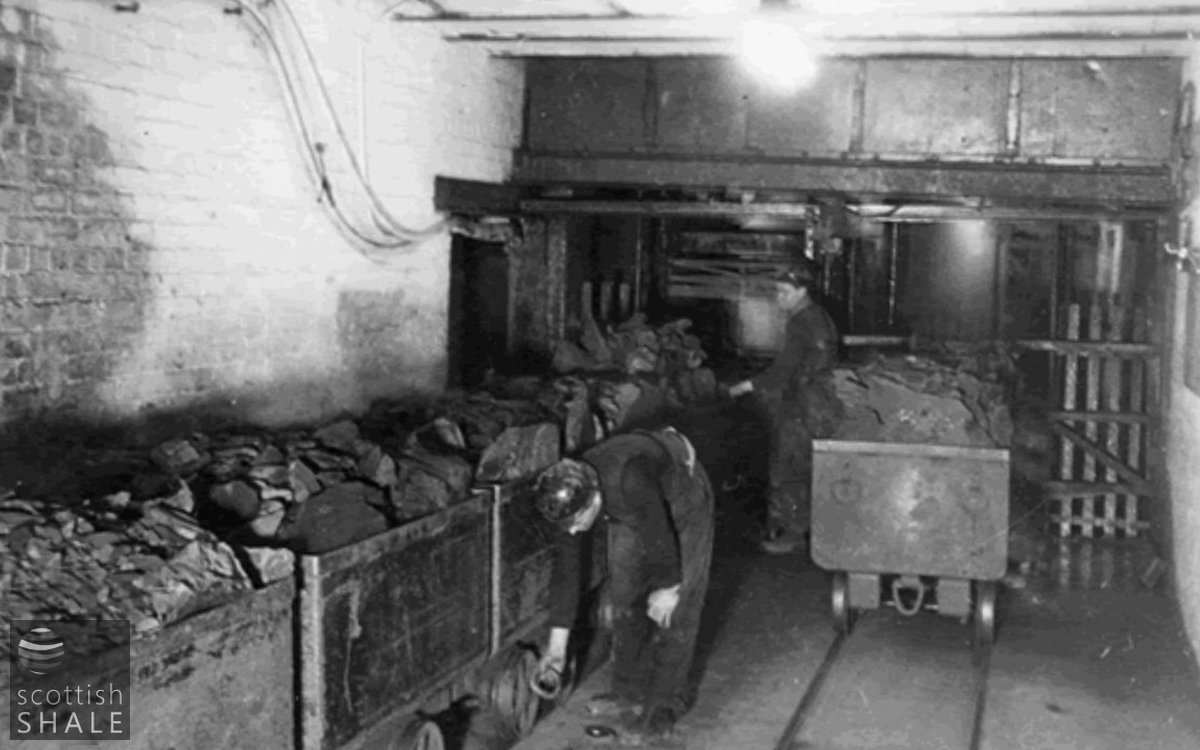 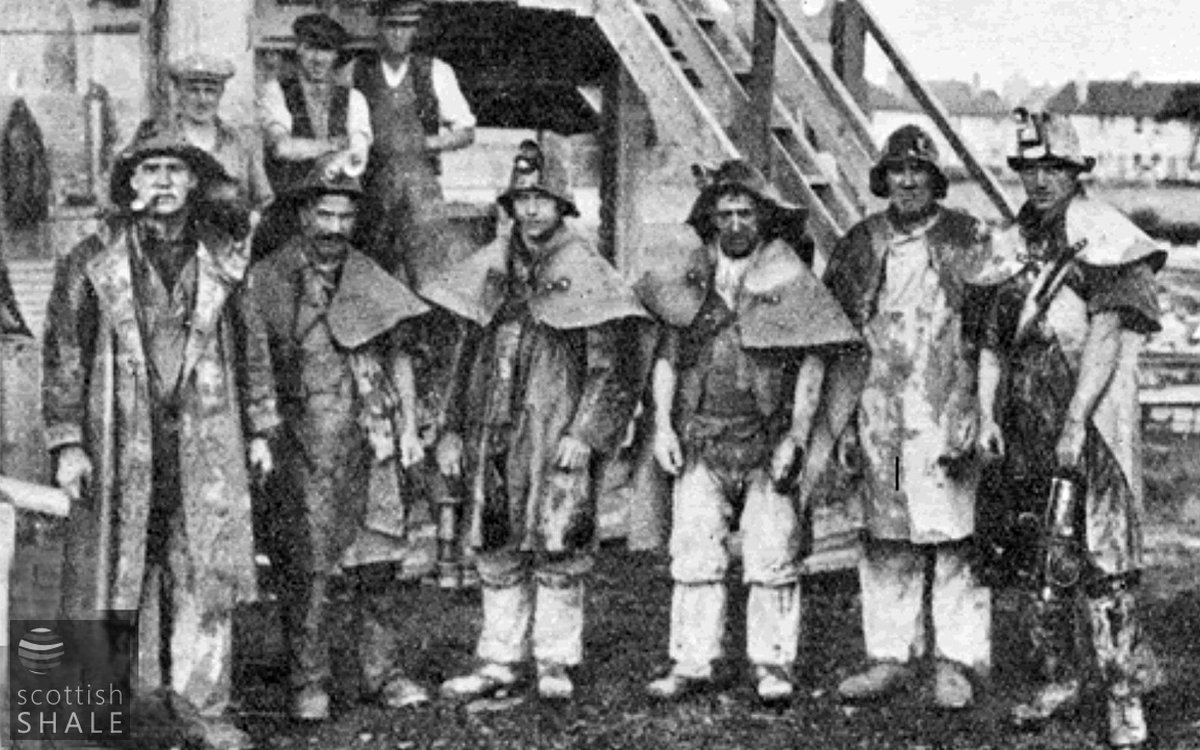 Group (during sinking of Burngrange c.1935) attired in waterproof clothing on account of water constantly descending from the upper parts of the shaft. (ARC 212667) 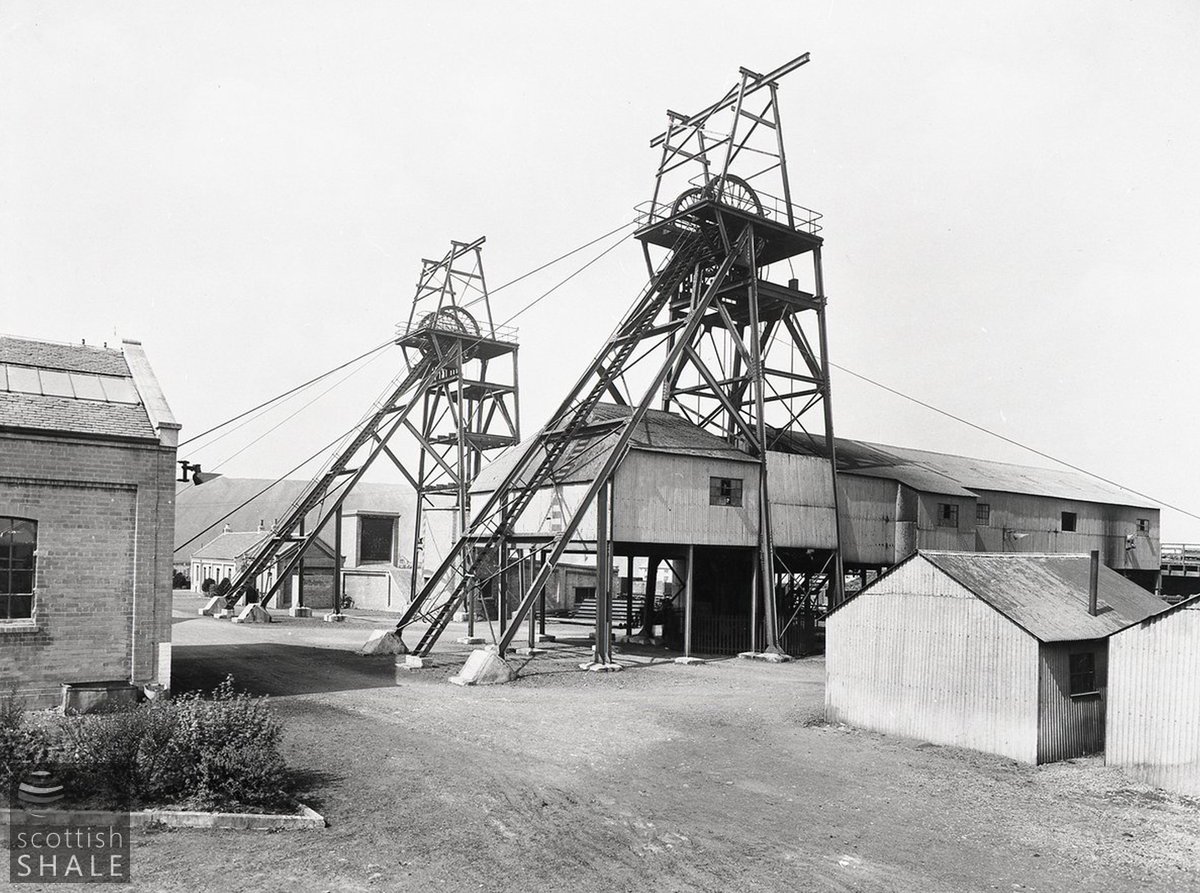 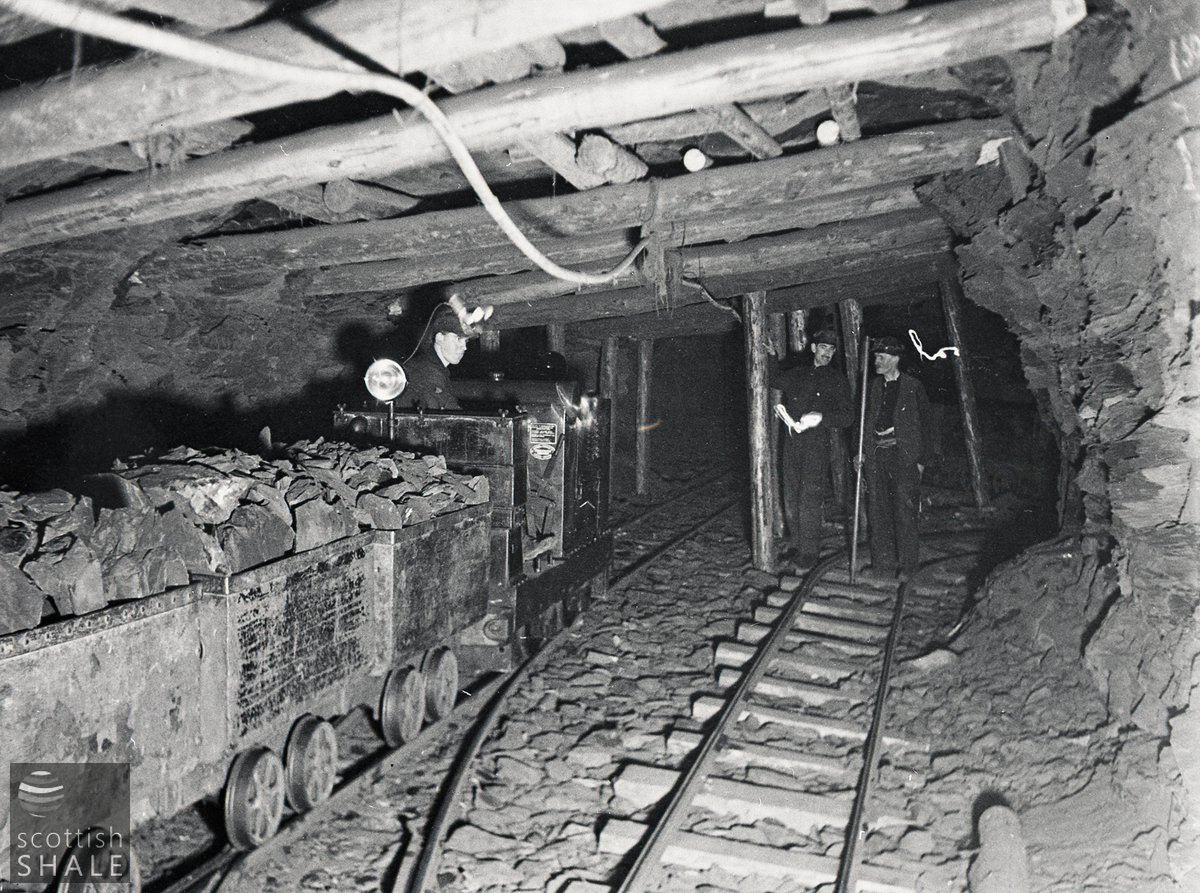 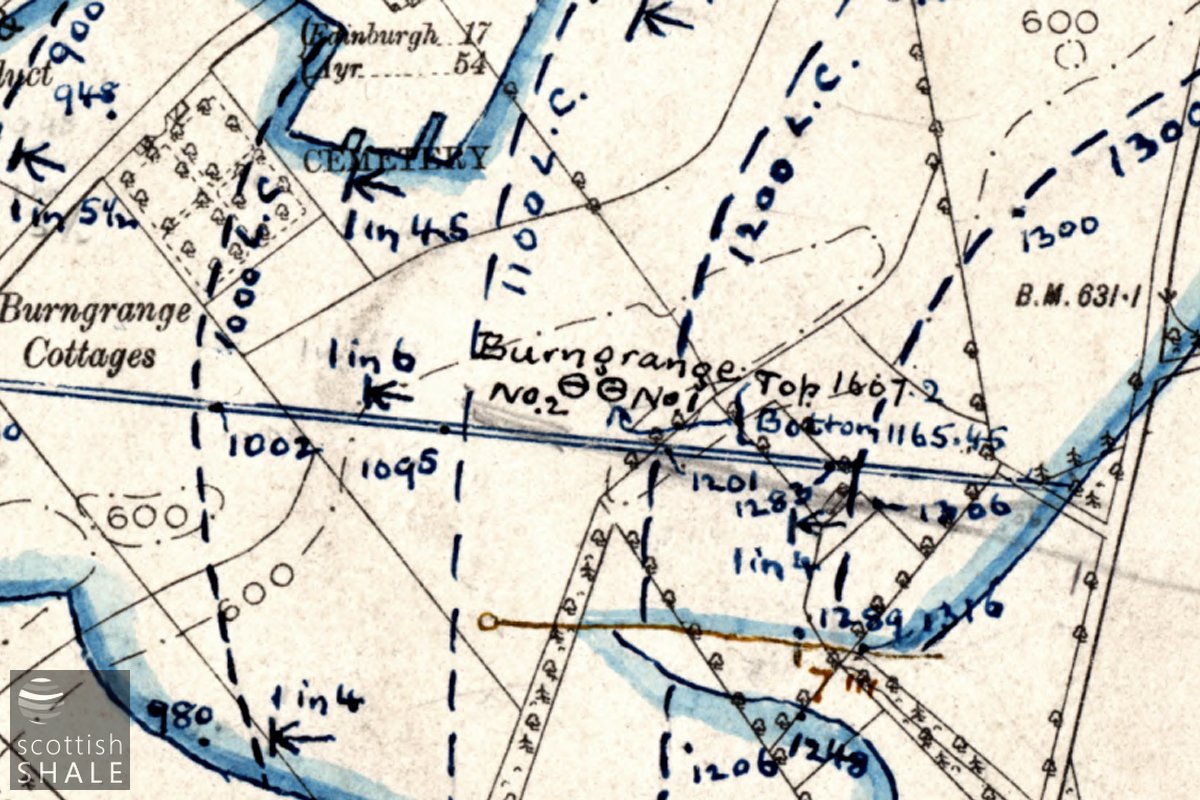 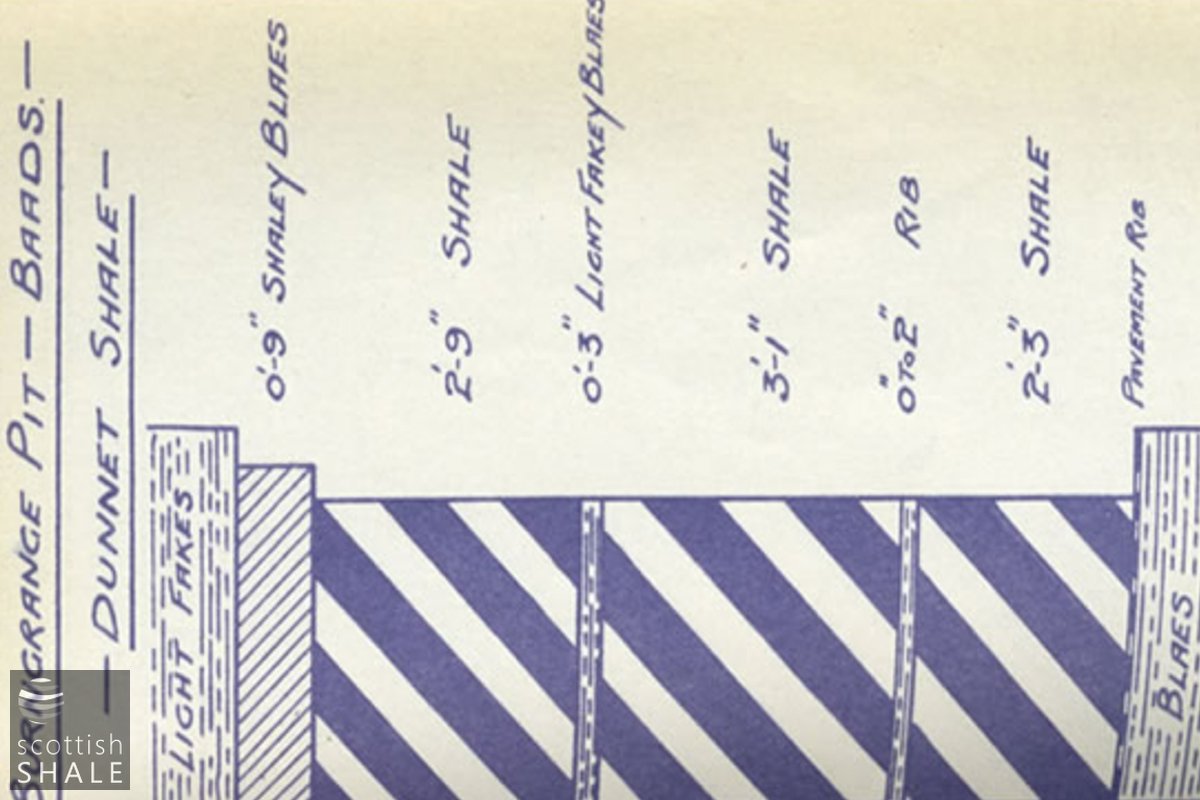 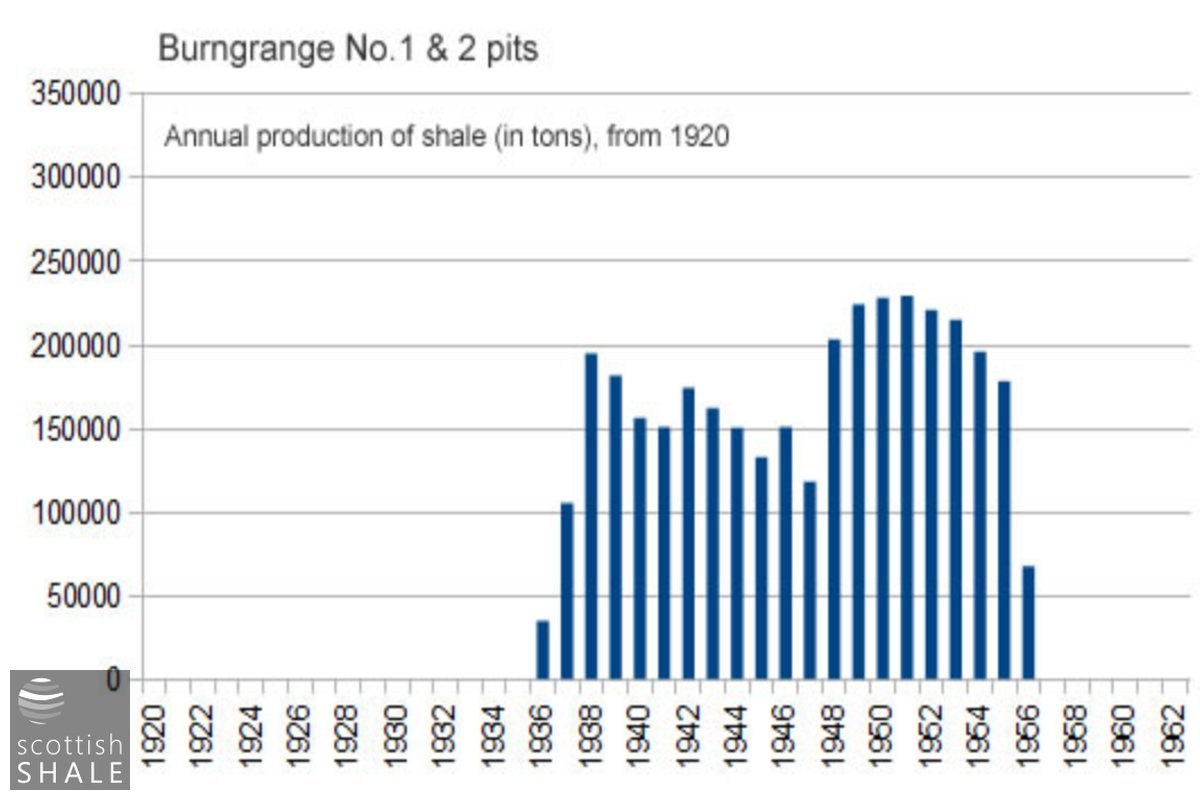 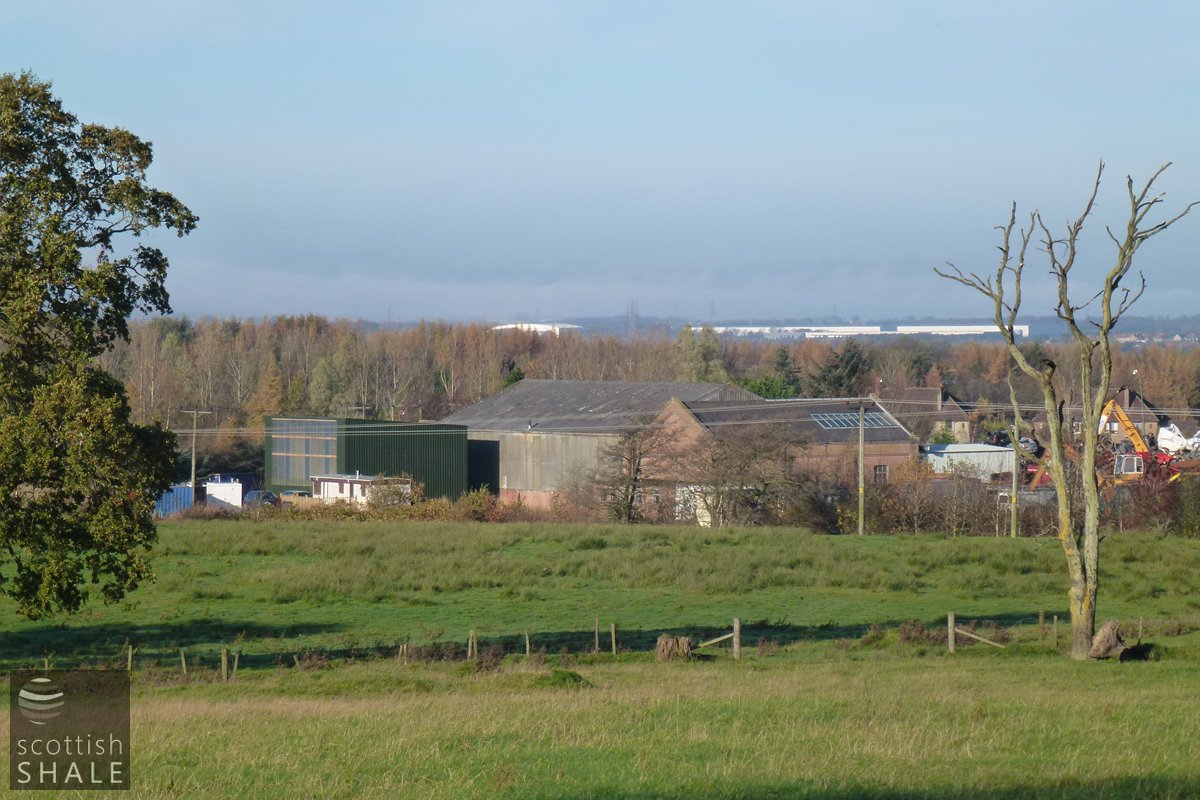 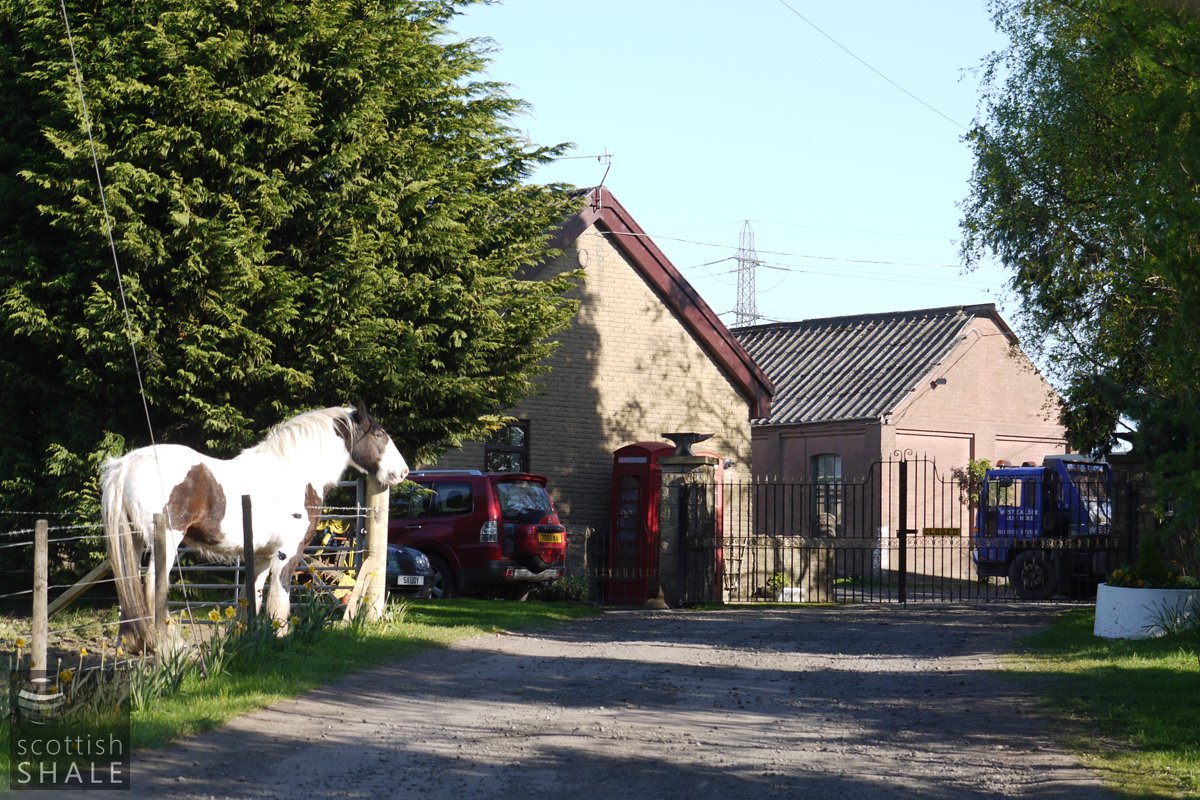 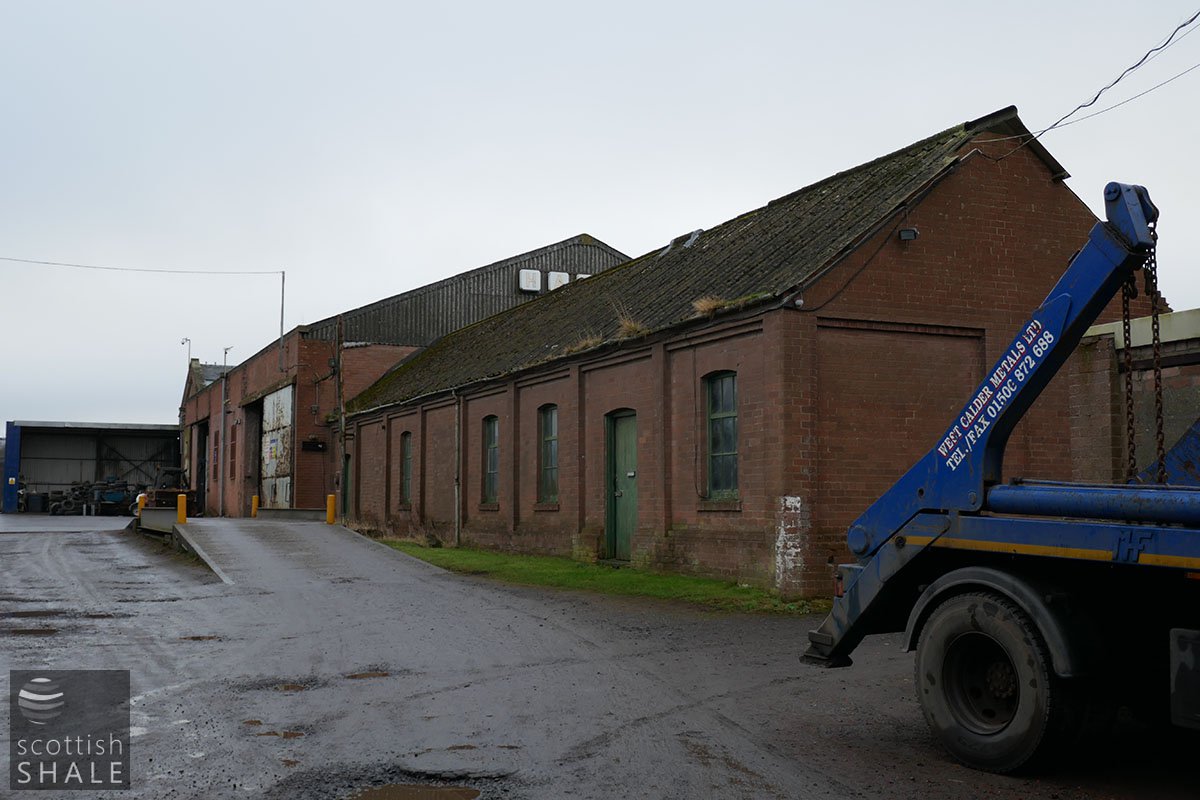 One of the surviving buildings within the site. January 2011. 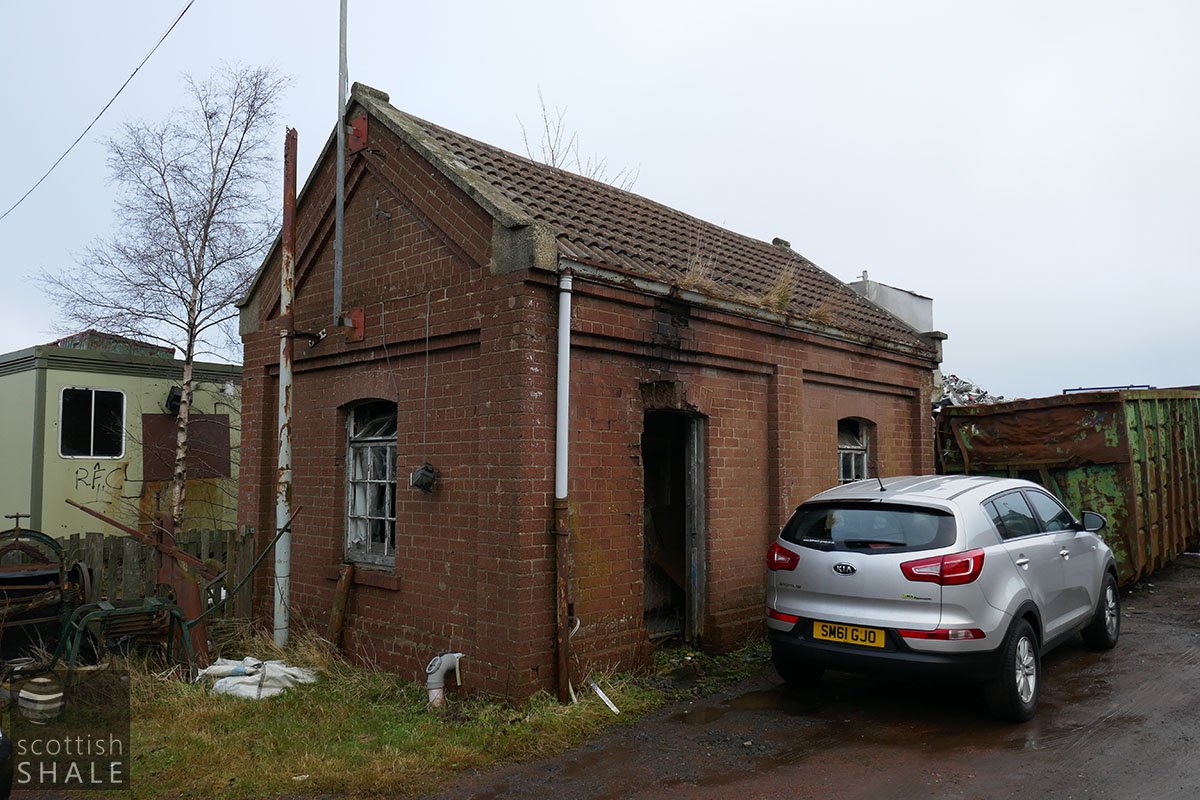 Two New Shafts to be Sunk at West Calder - POWER STATION SCHEME - Much satisfaction has been caused in the West Calder district by the news that Scottish Oils (Ltd.) intend to sink two new shafts on the Burngrange estate, on the western side of the village. This decision follows recent boring operations, which have proved satisfactory. The boring operations revealed an extensive deposit of the Dunnet shale, and the new shafts will be sunk to work this shale to a depth of 75 fathoms. The shafts are to be brick-lined throughout. The shale from the new pits will be conveyed by rail to Addiewell Oil Works for retorting. Another development which will be welcomed by the shale and oil workers is a scheme for the erection of an electric power station at Addiewell Works, which will generate power for the new pits. The Company's colliery at West Mains, West Calder, will also be converted from steam to electric power. About 100 men will be given employment sinking the new shafts and erecting the power station. This is the first extension in the Scottish shale oil industry since the curtailment of operations took place about three years ago.

Rich New Seam Opened up in West Calder; Work for 250 men. Sinking operations at a new shale shaft at Burngrange, West Calder, which were begun some nine months ago, have now been successful in reaching the Dunnet seam at a depth of 75 fathoms. The reaching of the new shale supply, which will, it is stated, mean employment of about 250 men in a few month's time, gave rise to general rejoicing in the district, and a Union Jack hoisted over the shaft marked the satisfactory stage in the operations....The development of the newly-found seam will be pushed forward with all possible speed. The shale will be conveyed by a recently laid railway to the Addiewell Oil works, where a new electric power station is being erected.