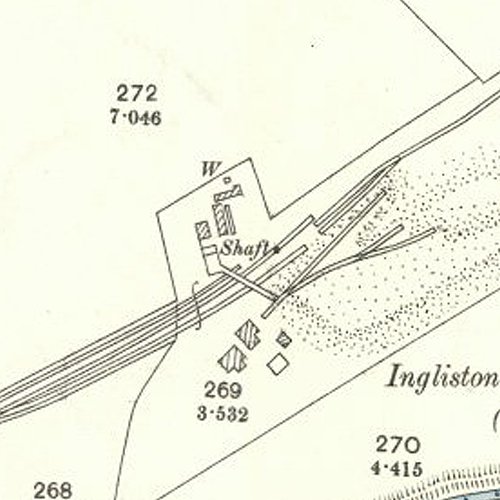 A short-lived pit abandoned due to an unstable ground conditions, now within the perimeter of Edinburgh airport. The shaft to the Dunnet shale was 177 ft deep. 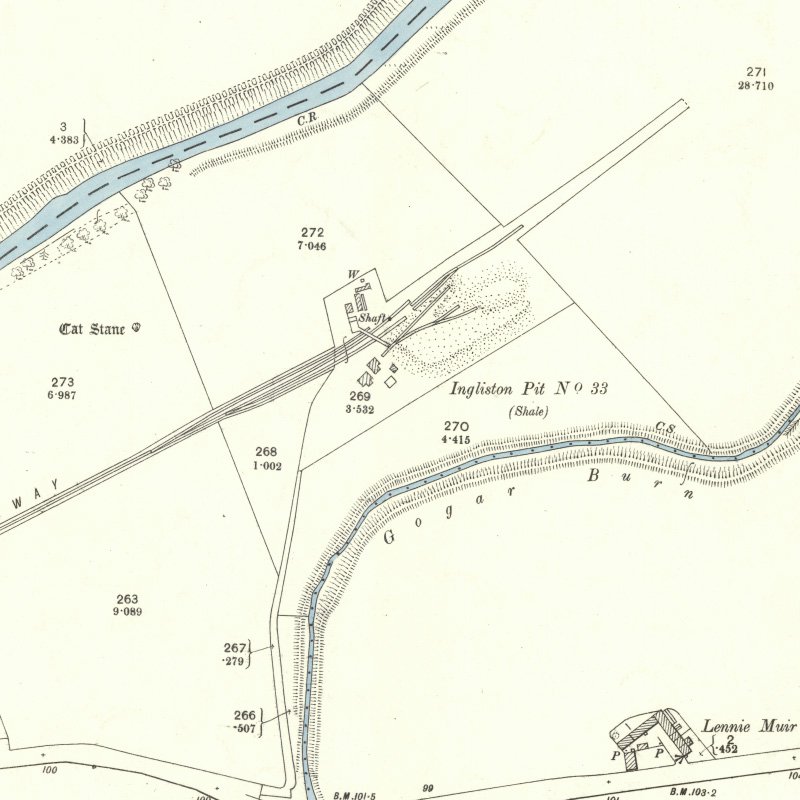 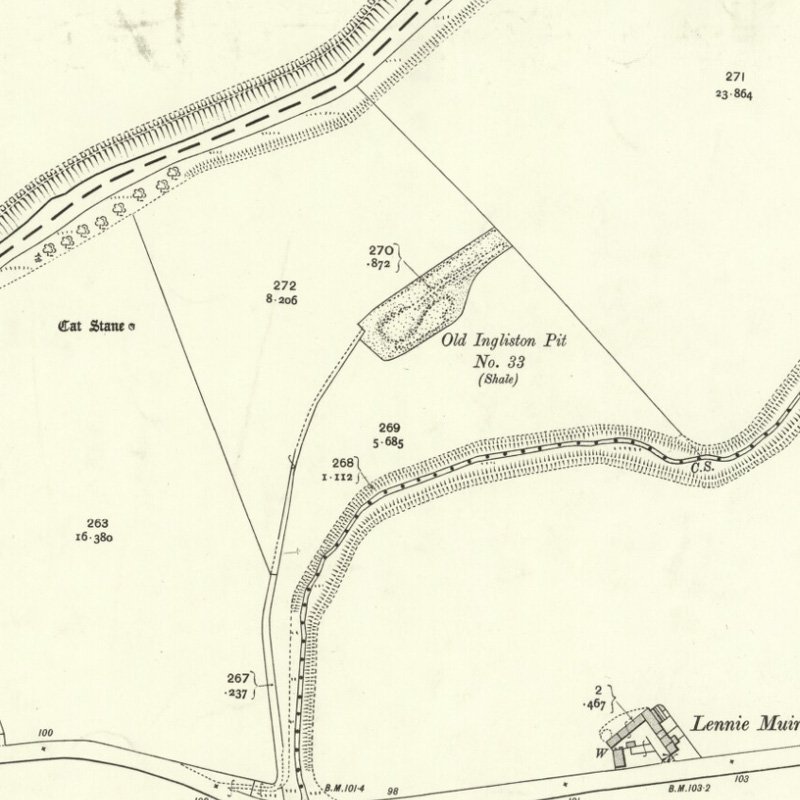 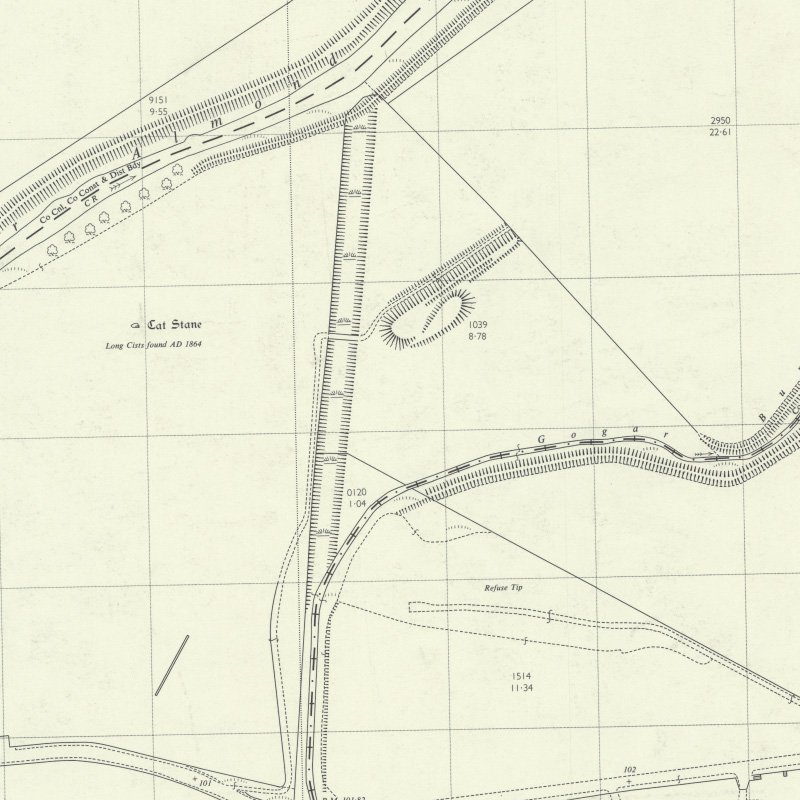 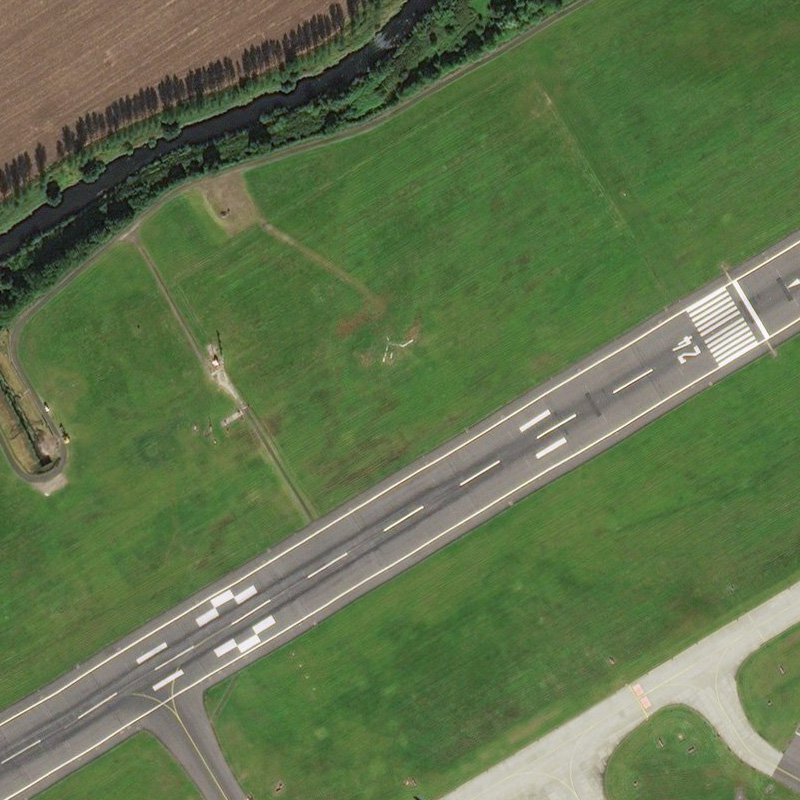 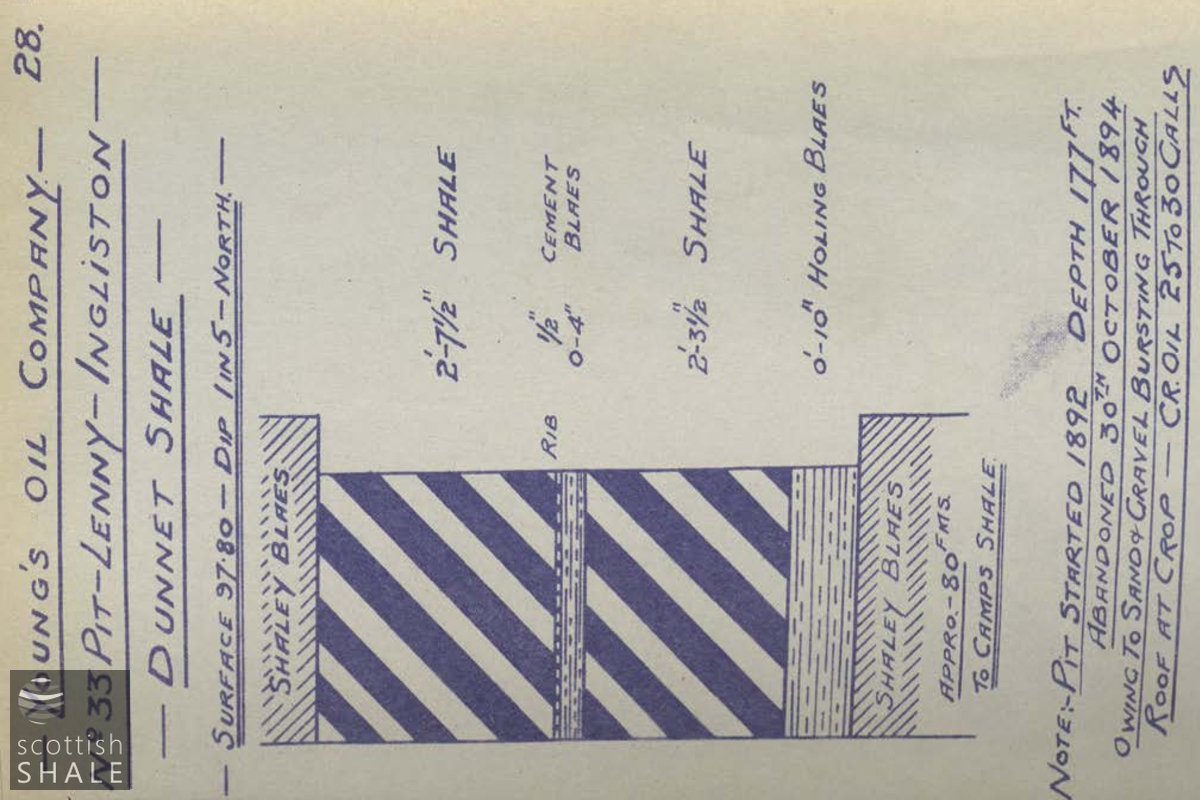 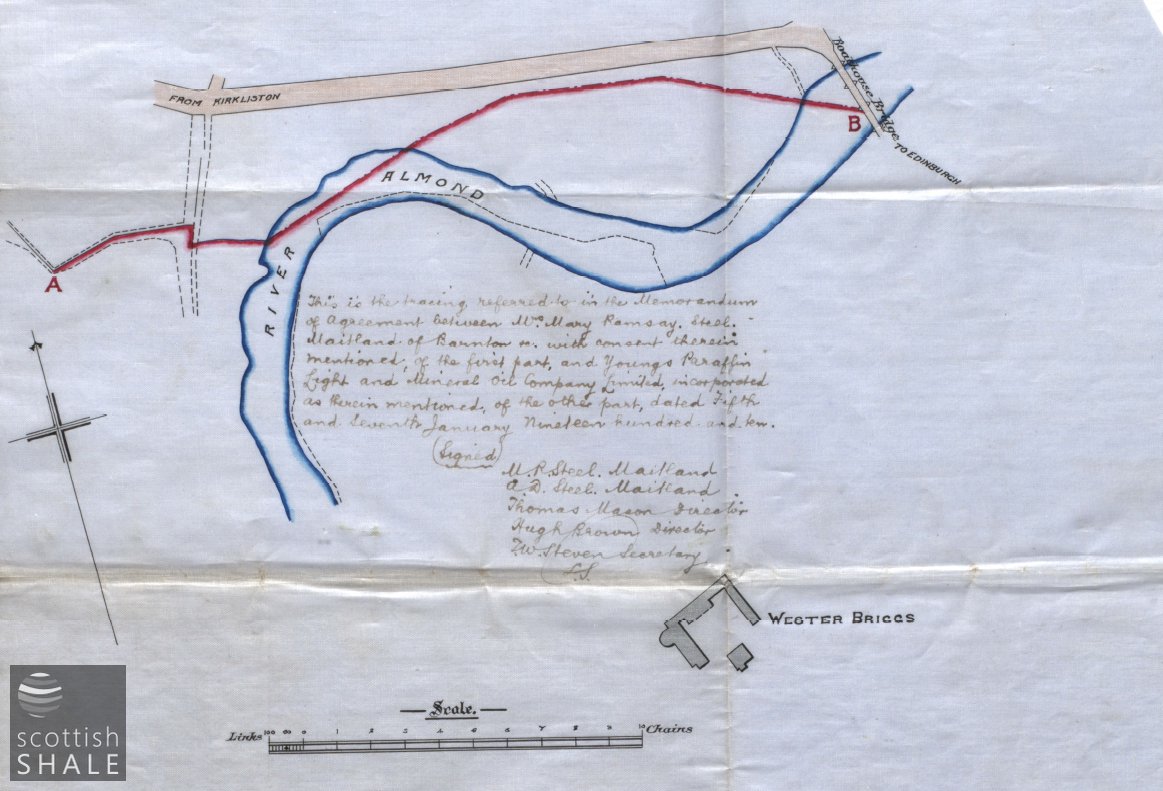 Shale at length has been reached in the working here, but further operations. owing to the influx of water, are at a standstill until the arrival of a pumping engine which is daily expected. The sinkers have been paid off, and are gone in search of pastures new. Mr Gray, Broxburn, is contractor for the work. It is current that another shaft, which is to be the main one, is about to be put down farther west, on the farm of Wester Ingliston. When this is done it is expected that a branch railway will be laid from the pit to the nearest available point on the Queensferry line. This is the more likely, as almost the whole work could be carried out on the Barnton estate.

After years of boring in this district for shale, Young's Company appear now to be thoroughly convinced that the mineral exists, and that in great abundance, and operations have been commenced to sink a shaft at the east end of the parish, but 'ere long the working shafts are to be sunk on Wester Ingliston, and this is a sign for the times, to be up and doing, as Newbridge and district may just probably in the near future be one of the busiest corners of Mid-Lothian. Speculators! strike " ile."

The report by the Directors of Young’s Paraffin Light and Mineral Oil Company, Limited, for the year ending 30th April states...The capital expenditure for the current year is estimated amount to £3000 to be spent (1) in sinking a second shaft Ingliston, to comply with the Mines Act, and in the construction of line connect the mines in that district with the North British Hallway Company's branch, from which the shale will taken the retorts at Uphall.

New RAILWAY.—The new railway from Lennie Shale Pits to the Queensferry line is now nearly completed, and in a few days we may expect to see the shale bing, which had been accumulating at the pithead, being run off to the Company's Weeks for burning. The line crosses the Linlithgow Road sear the Boathouse Bridge by level crossing, and while this will forward the shale industry considerably, it will to some extent spoil the amenity of the road, which has been hitherto favourite with those who go in for Saturday afternoon's outings. Gates, of course, will have to be put up, and these, as a rule, are not specimens of architectural beauty.