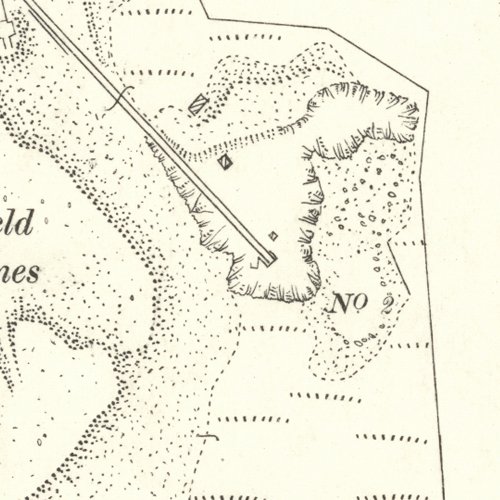 Inclined adit, at a gradient of about 1 in 5

The history of the shale workings in the Stewartfield area is unclear. It appears that Stewartfield No. 1, No. 2, No. 3 and No. 4 Pits were early, shallow shafts that were ultimately linked up underground. Stewartfield No. 1 and No. 2 Mines were subsequently developed, following the seam of Broxburn Shale from its outcrop close to Broxburn Oil Works, linking existing workings, and providing access to the most distant reserves.

Stewartfield No. 2 Mine exploited Broxburn Shale reserves lying to the south and east of Broxburn Oil Works by means of a long roadway through earlier shale workings. Hutches of shale would emerge from the adit into an area of opencast working and hauled onto staging (also serving No. 1 mine) before crossing the canal to Broxburn Oil Works.

Mineral statistics for 1883 record that Stewartfield No.2 mine worked the Broxburn shale, which was five foot in height, by stoop and room. 12 were employed on the surface and 118 underground (12 and 124 in 1884) under the management of Alex Kennedy. The downcast shaft measured 10x6 and the non-fiery mine was ventilated by fan from Stewartfield No.3. 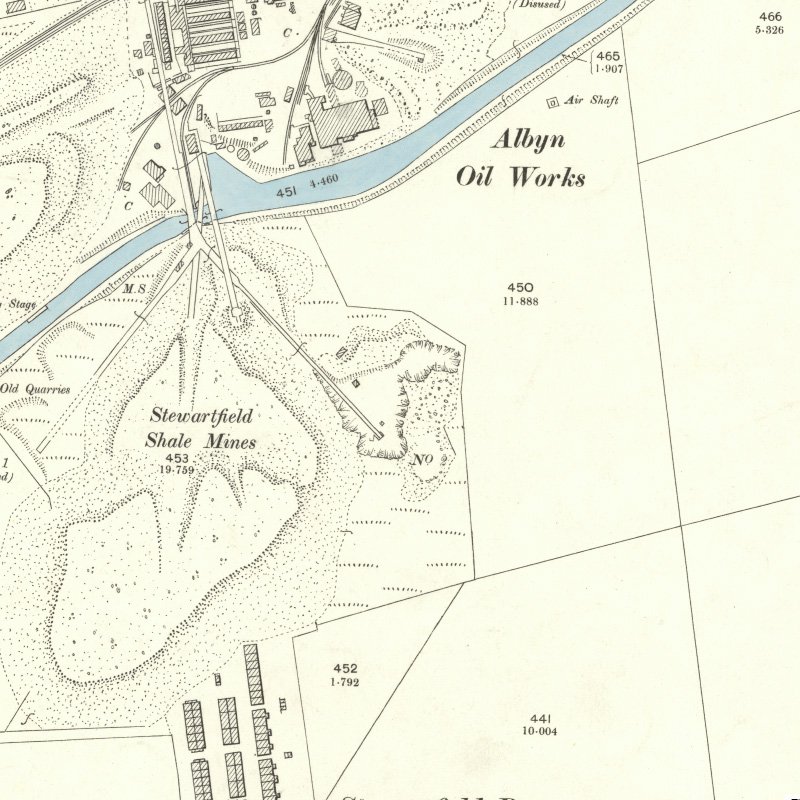 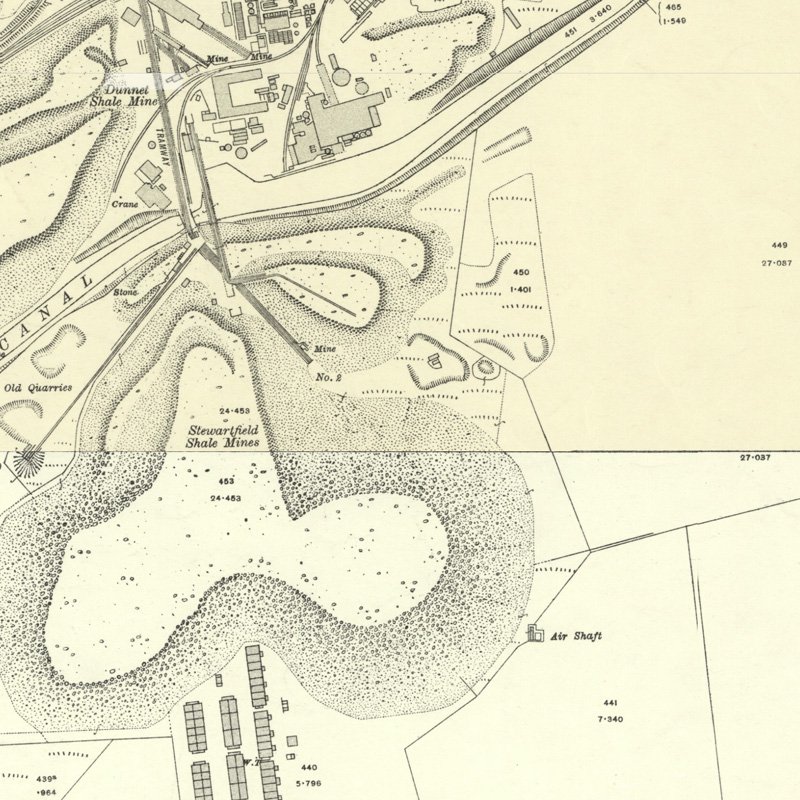 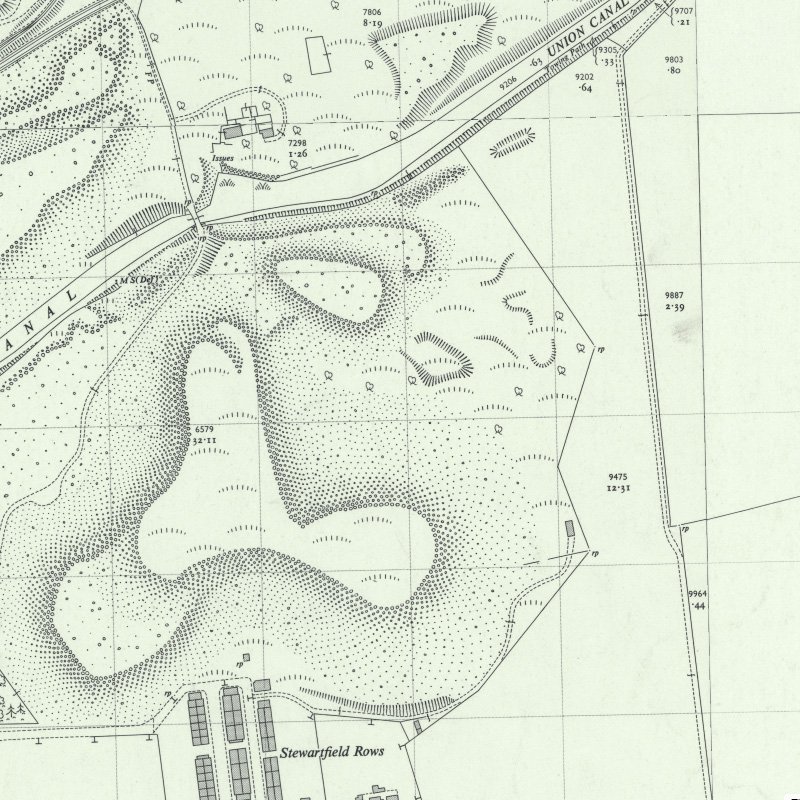 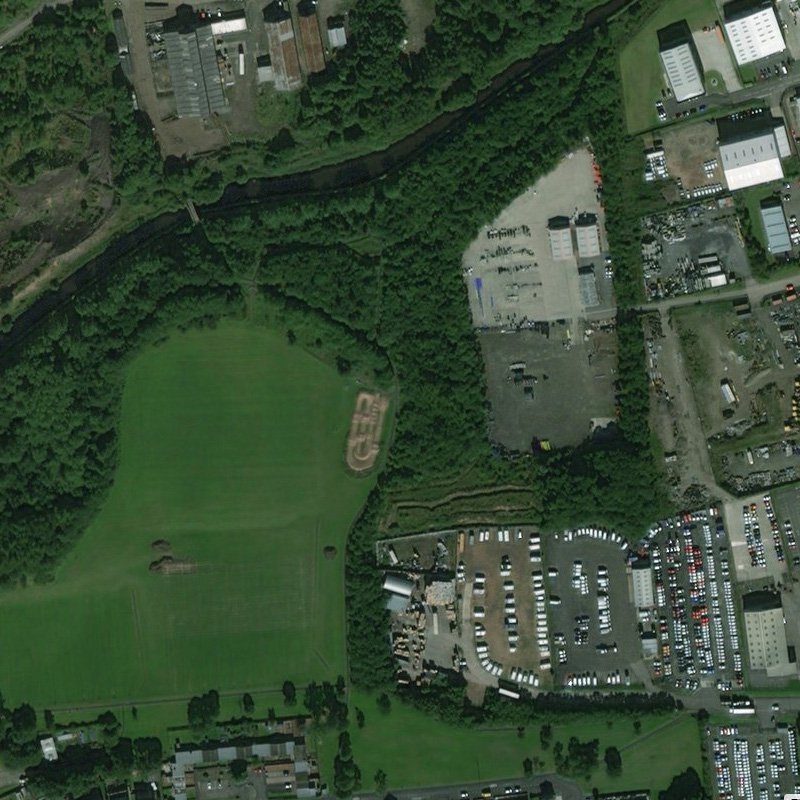 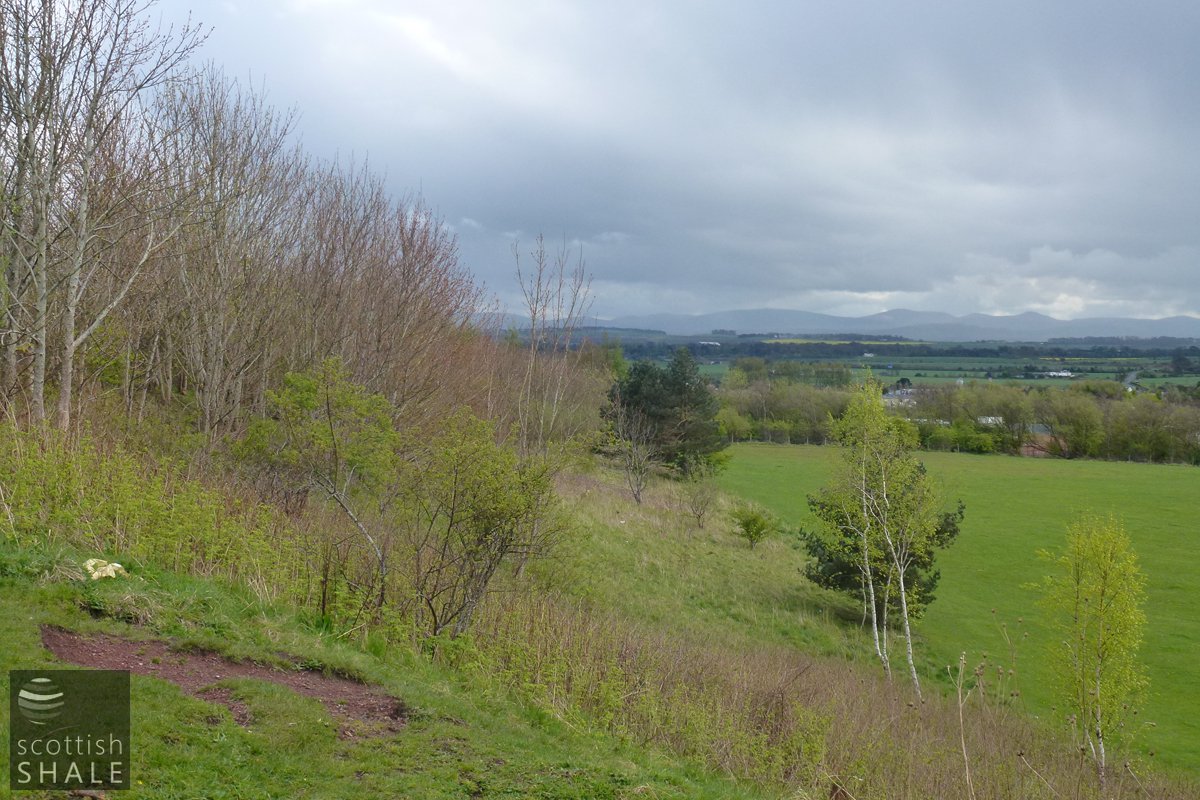 View toward site of mine entrance, roughly along route of tramway. Looking South East. April 2012 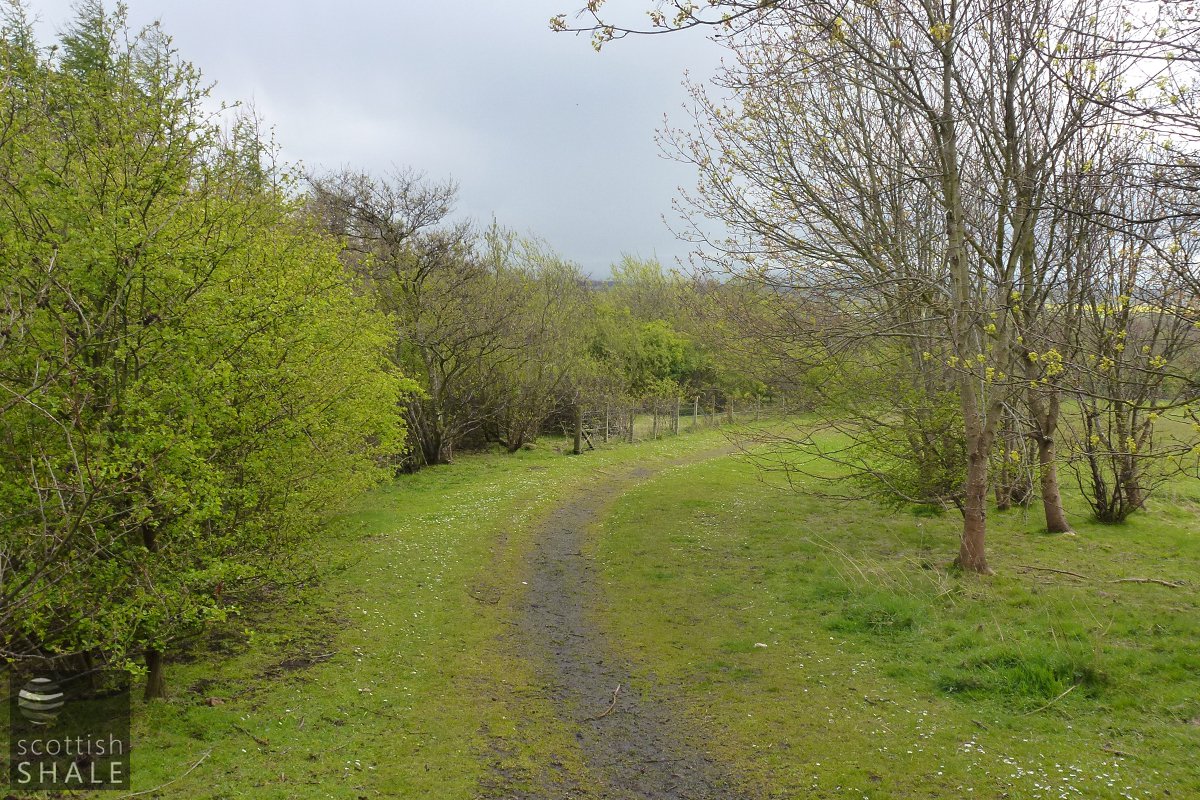 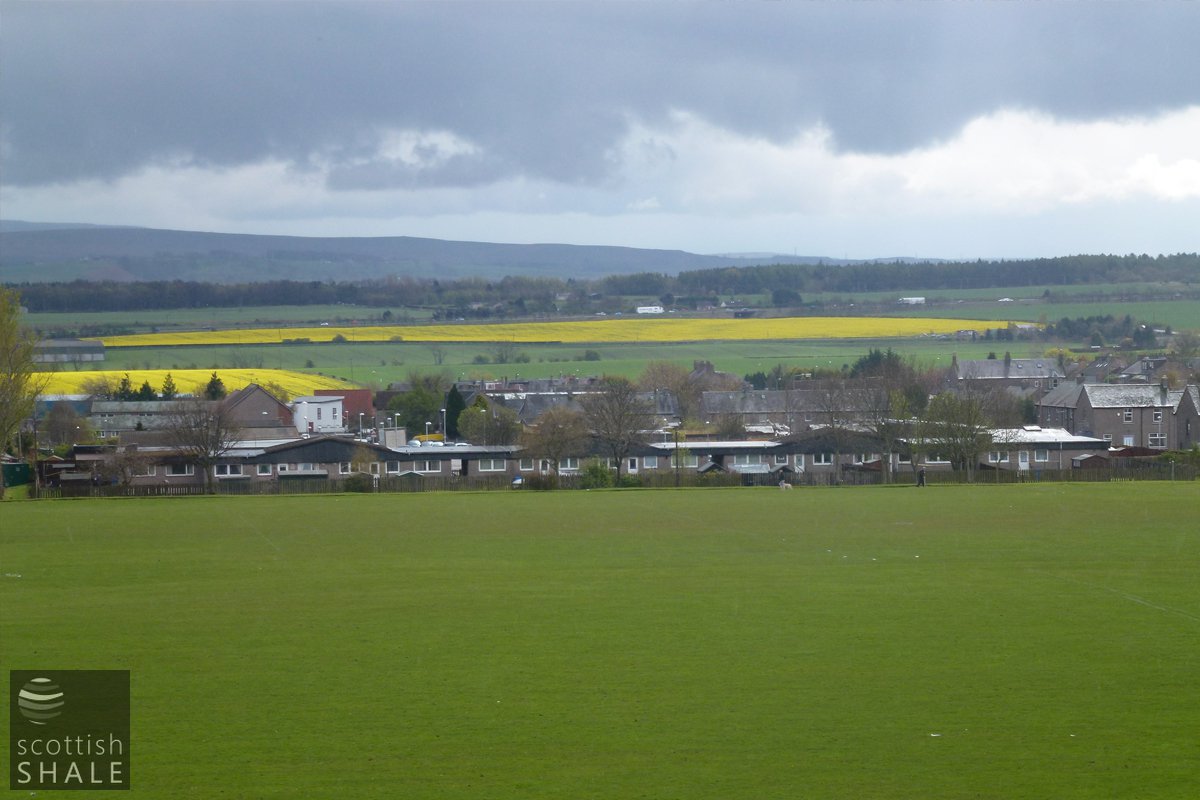