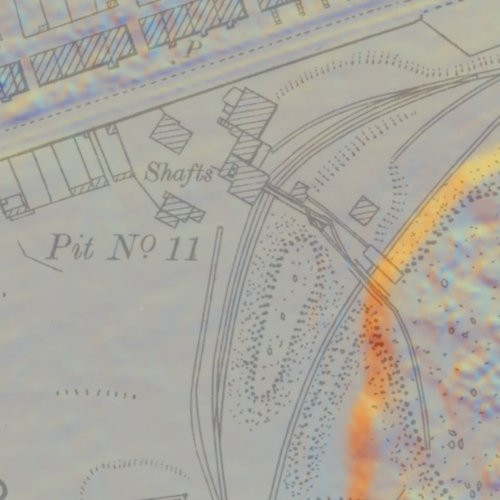 A long-lived pit, situated in Gavieside Village and sometimes referred to as Gavieside No. 11. At various times Fells Shale, Broxburn Shale and Houston Coal were brought to the surface by one of a number of shafts on this site. The site of one of the worst pit disasters in the history of the industry in which four died (the youngest aged 14) when the cage became disengaged from the slides within the shaft.

An area of Houston Coal was worked to the east of No. 11, perhaps the workings at "Polbeth" referred to in abandonment plan 3269/A, dated 1894 / 1901. Sketch plans show an adit near the eastern end of Gavieside Row that might have provided alternative access to these workings.

Plans show a roadway heading south west from No. 11 accessing areas of Broxburn Shale, ultimately linked by a cross cut mine to the workings of Polbeth No. 10 Pit. Seams worked: Houston Coal, Broxburn Shale, Fells Shale.

Mapped by the Ordnance Survey of c.1895 - presumably showing the pit in production, with waste haulage to the bing. 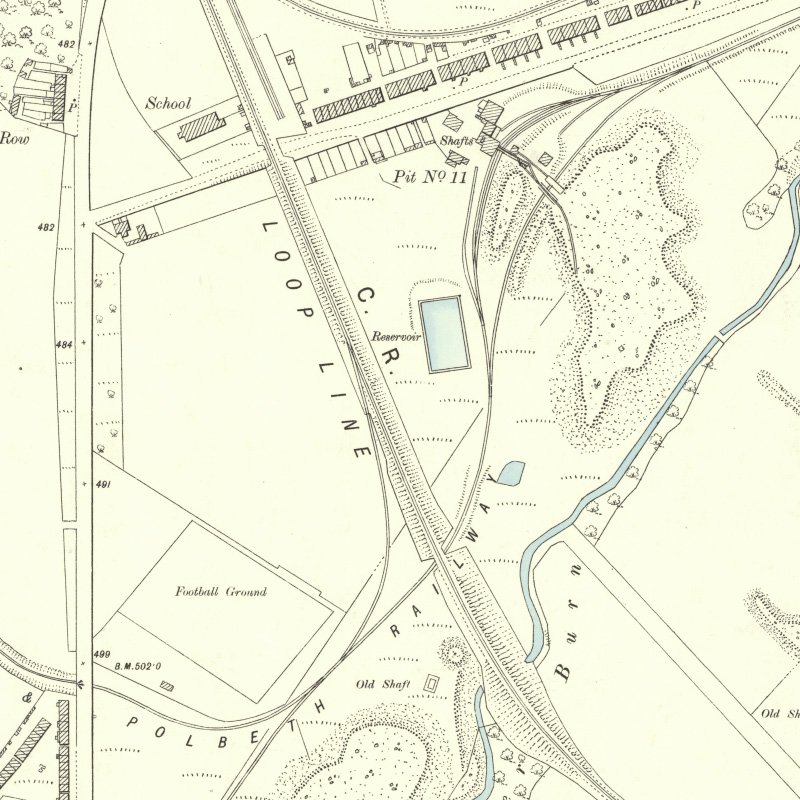 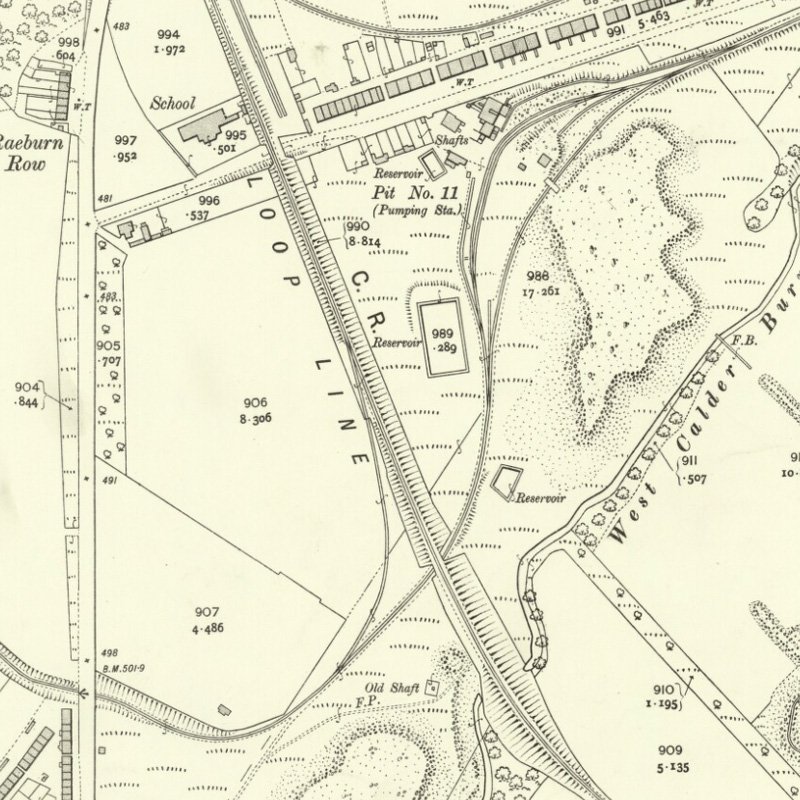 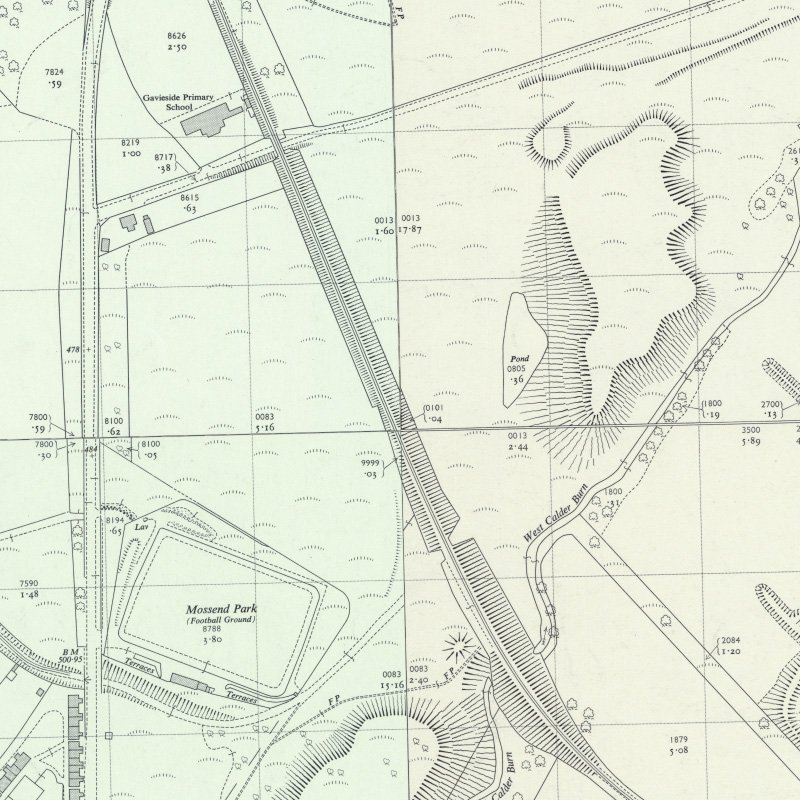 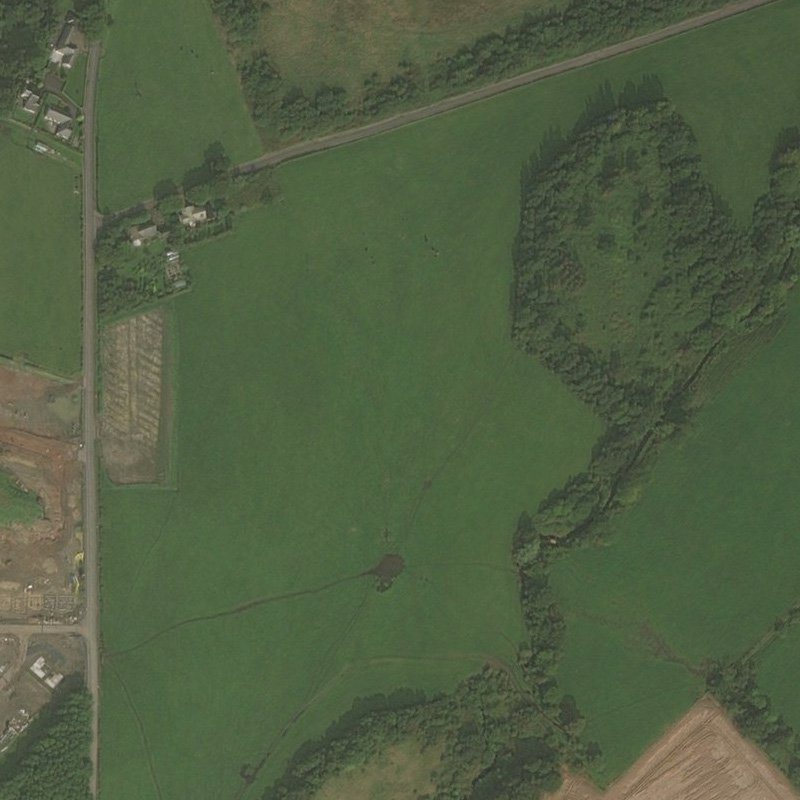 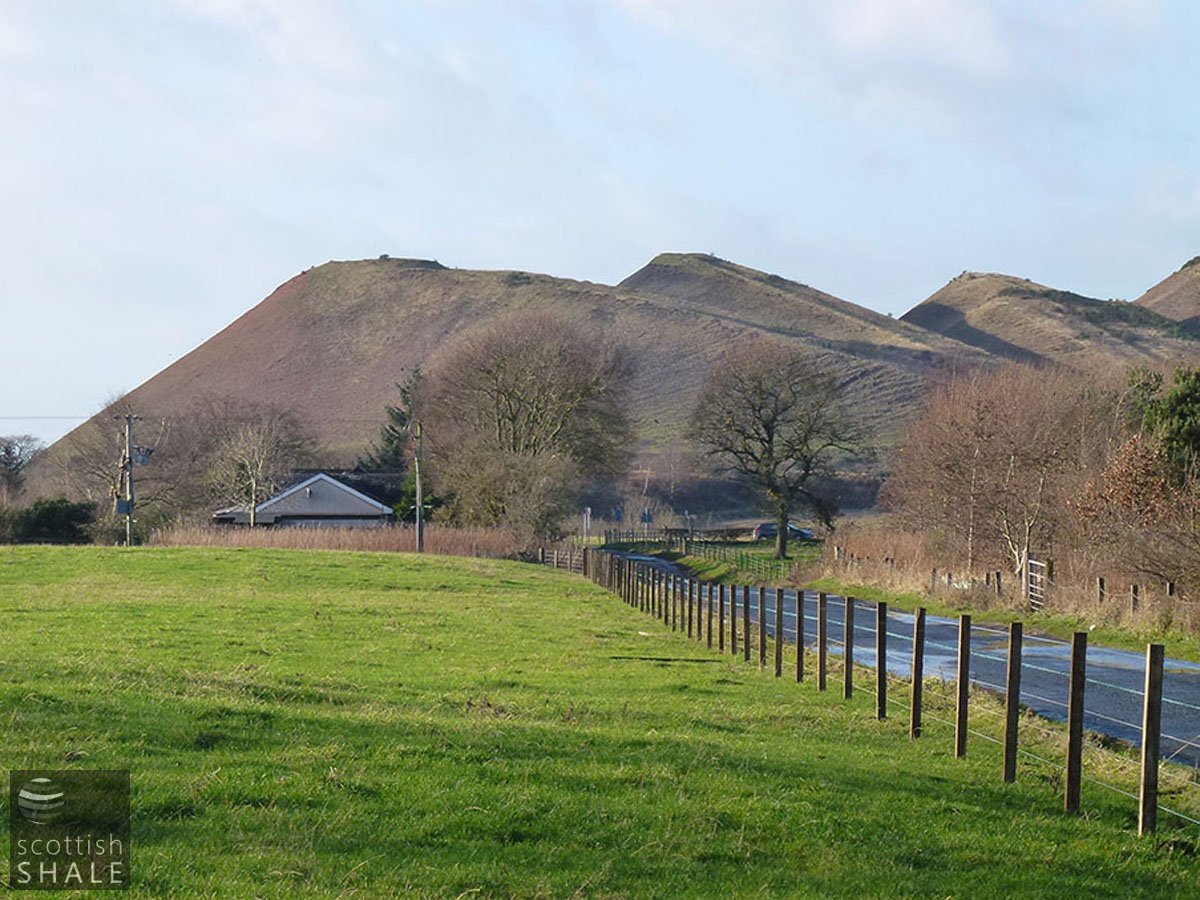 The pit was sited on the grassed area adjacent to the fence at the near foreground of this image. Looking west. November 2011. 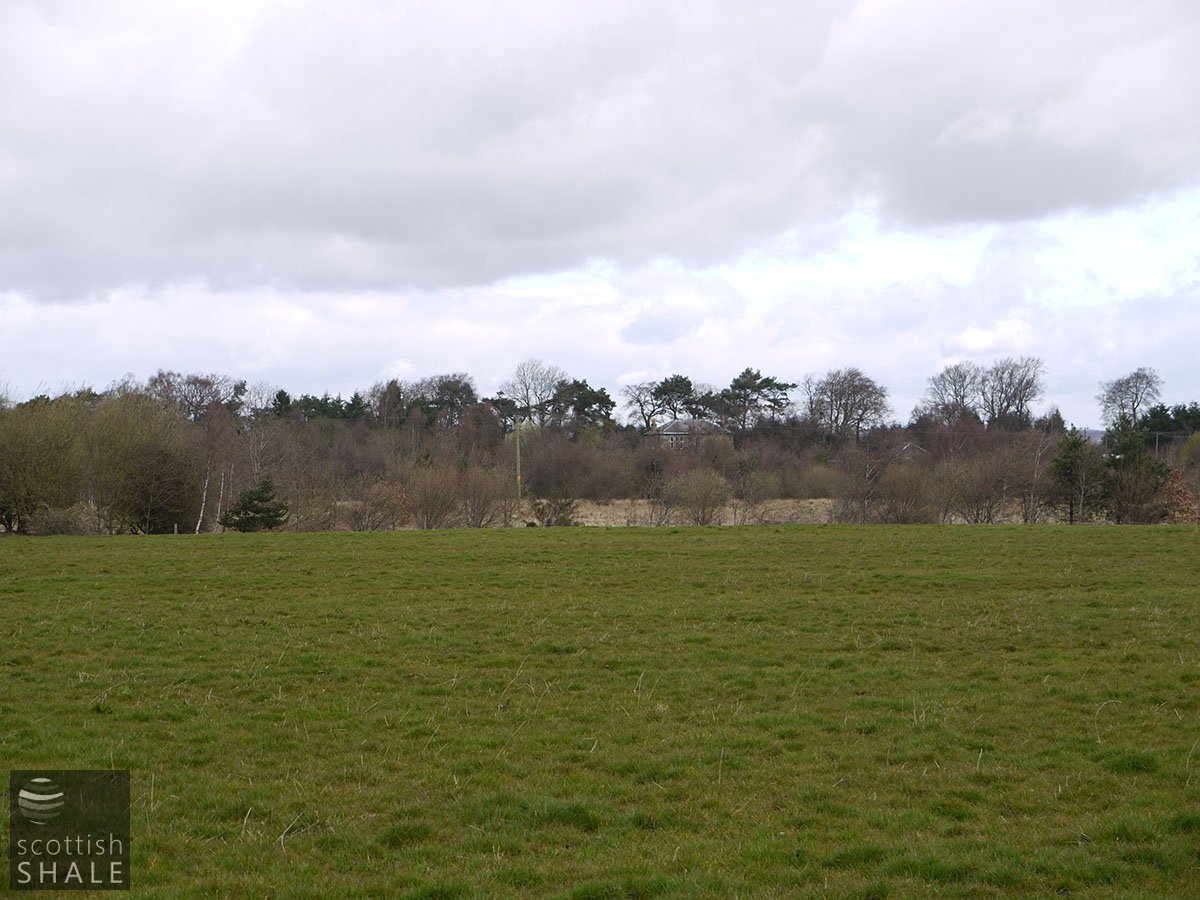 View looking towards the site of No. 11 Pit and Gavieside Village, with Breistonhill House beyond. Looking north. November 2011.

TO SINKERS. CONTRACTORS WANTED to SINK No.11 PIT, in the Lands of Polbeth, from its present Depth to the Shale , about 100 Fathoms, more or less. Specifications and Conditions may be had on application here. Offers to be addressed to Mr. R. Scott, Manager, to be lodged on or before Friday 18th Curt. Addiewell Chemical Works, West Calder, 9th October 1867.

CERTIFICATED OVERSMEN WANTED to take charge of this Company's new mine openings - viz., (1) at No.11 pit, Polbeth; (2) at No. 27 Mine, Polbeth; (3) at No.31 pit Polbeth. Applications to be made by letter to the undersigned on or before Monday 23rd instant. JOHN FYFE, Managing Director.

On Wednesday forenoon much alarm was created in No. 11 pit, Gavieside, by the water suddenly rushing through from some old workings and flooding the pit, in which there are employed over 300 men. A lad named William Finister was drowned. The old workings of mine, worked by the late West Calder Oil Company, were contiguous to No. 11 pit workings, and being full water, a considerable source of anxiety to the management. For some time back levels for draining purposes have been driven into these workings with an advance bore obtaining indications of the whereabouts of the body water. While men were engaged in working one of these levels on Wednesday the water burst in and carried everything before it, completely submerging the lower workings in very short apace time.

The pit is fortunately equipped with a more than usual number of outlets, else a large number of lives might have been sacrificed. As it is, several men were injured, and others had very narrow escapes, large number leaving pit with very little clothing on. The pumps are kept busy at worlfc but considerable time must elapse before the water can be taken out of the lower section. The scene of the catastrophe was visited during the course of the afternoon by Mr Robert M'Laren, Her Majesty's Inspector Mines for East of Scotland, and Mr Prentice, mining manager. For some time the greatest alarm prevailed the village, the first reports the event having been greatly exaggerated.

Messrs. Scott and Mountain have also in hand for Messrs. Young's Praffin Oil Co., of Glasgow, an electric pumping plant for their No.11 pit at Polbeth. This plant consists of a horizontal engine, driving by bely on to a Tyne dynamo giving an output of 40,000 watts. The dynamo supplies current to two sets of three throw ram pumps, driven by electric motors of 25 effective h.p. each, and delivering 150 and 100 gallons per minute respectively against a head of 270 feet. The first pump is situated at a distnace of 850 yards from the dynamo, and a second pump further down the dip 600 yards away, the total distance between the second pump and the dynamo being 1450 yards.

A similar (pumping) unit (to that installed by the Midcalder Oil Company at Oakbank in 1876) was erected at Young's Oil Co.'s No.11 pit, Gavieside, about 1882.