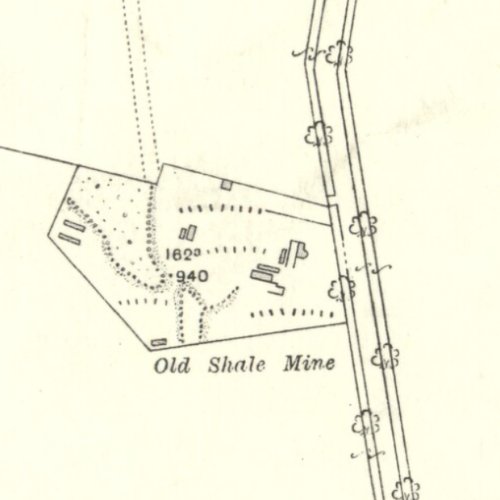 Inclined shaft to the Houston coal

In about 1885, shortly after opening of the Champfleurie Oil Works, the Linlithgow Oil Company, sunk a coal pit (termed here Ochiltree colliery, south) about three-quarters of a mile south of their works, to provide fuel for boilers and retorts. Transport problems led to closure in about 1888.

In about 1900, the company agreed to invest £5,332 in the sinking and fitting out of the new mine which linked to the workings of the old pit.. This included the construction of a substantially engineered incline following a straight route direct to the works.. Difficulties were experienced in sinking of the mine, which may have contributed to the failure of the company in 1902 and the abandonment of all operations.

Mapped by the Ordnance Survey of c.1916, showing the northern colliery site. 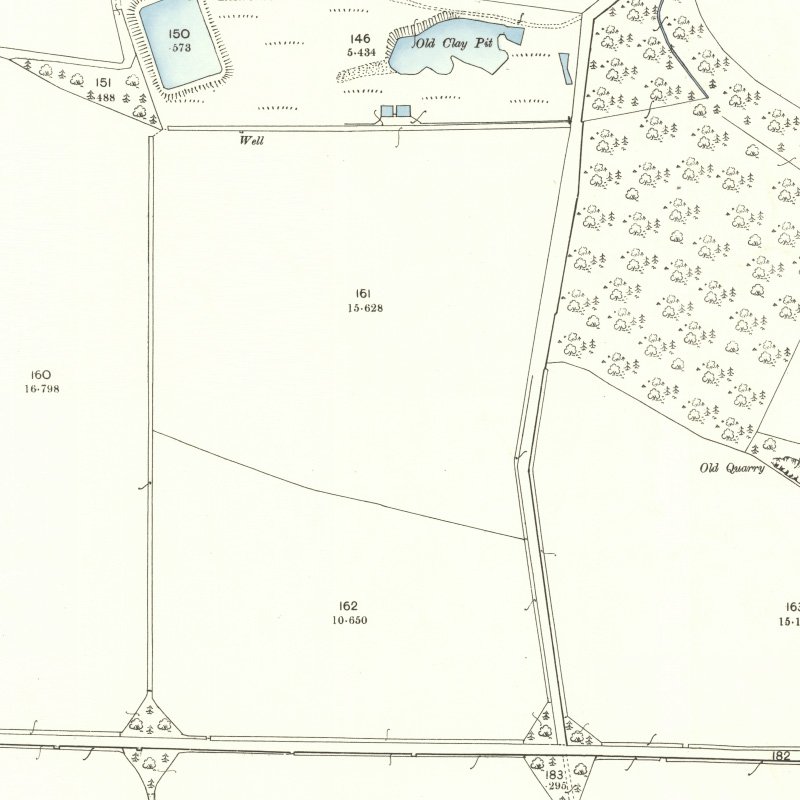 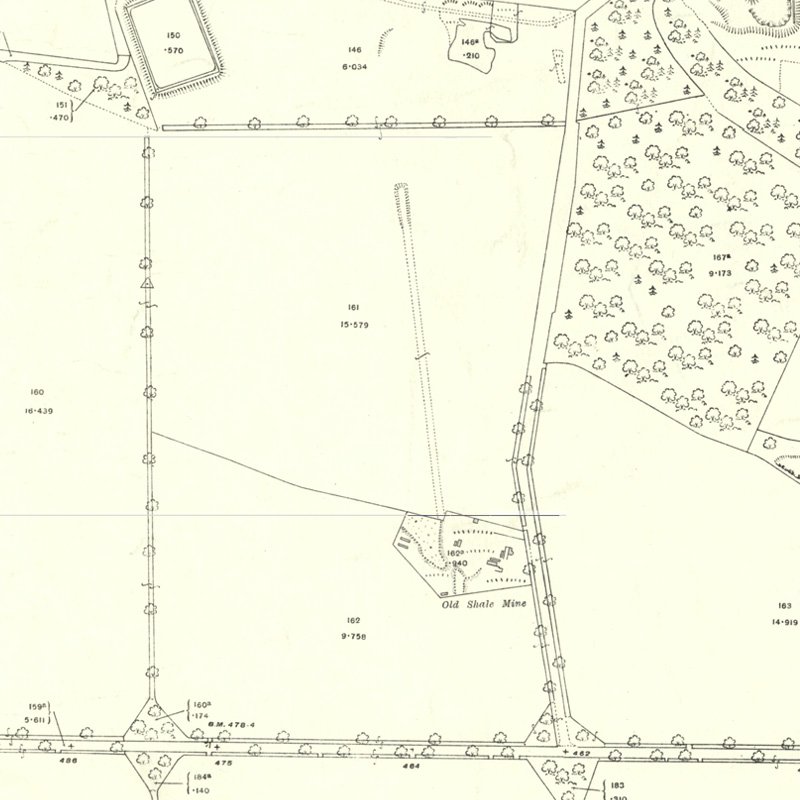 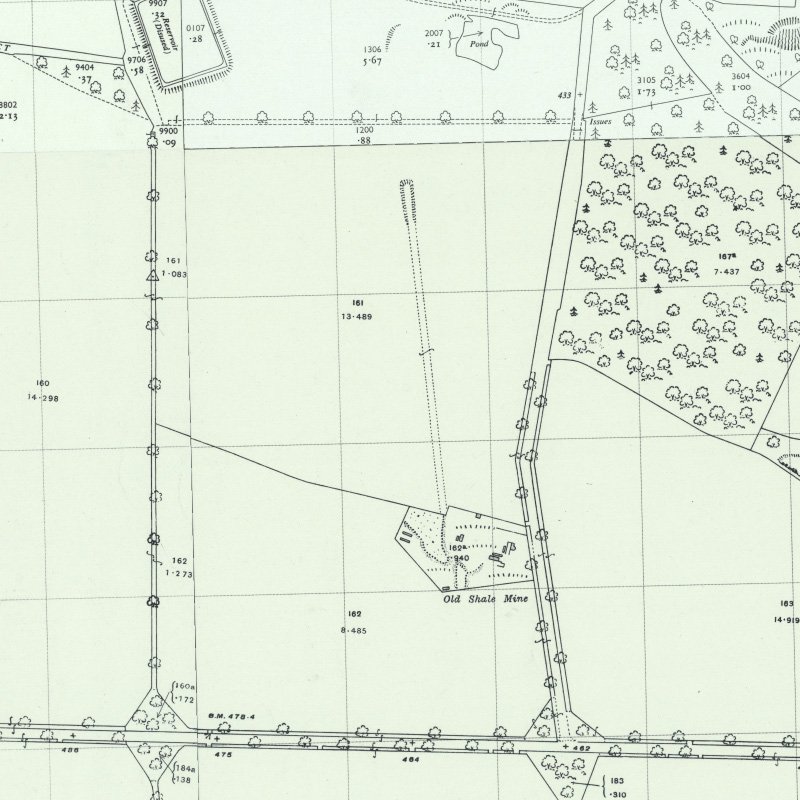 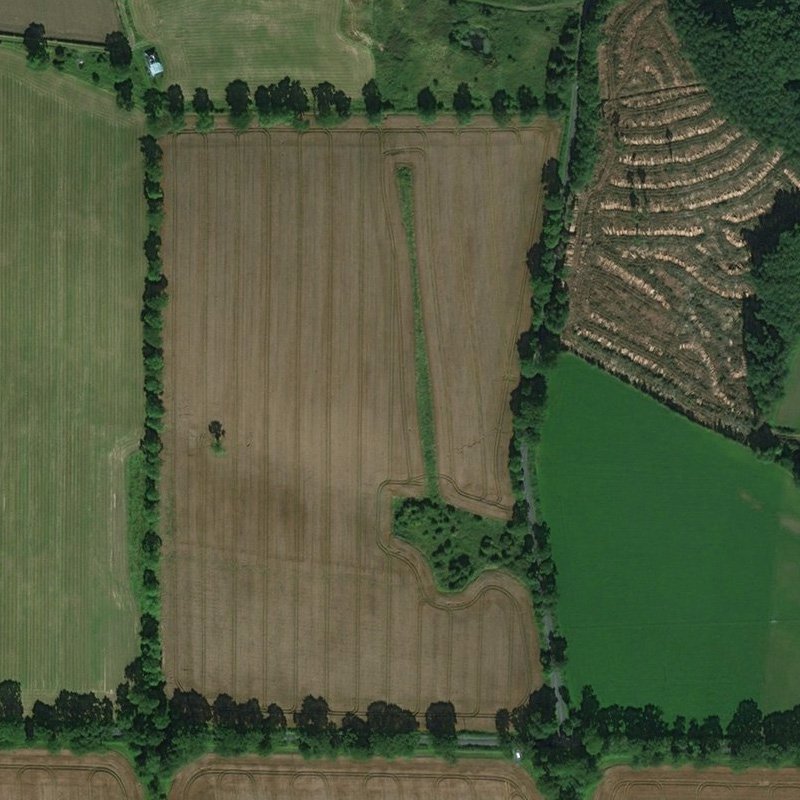 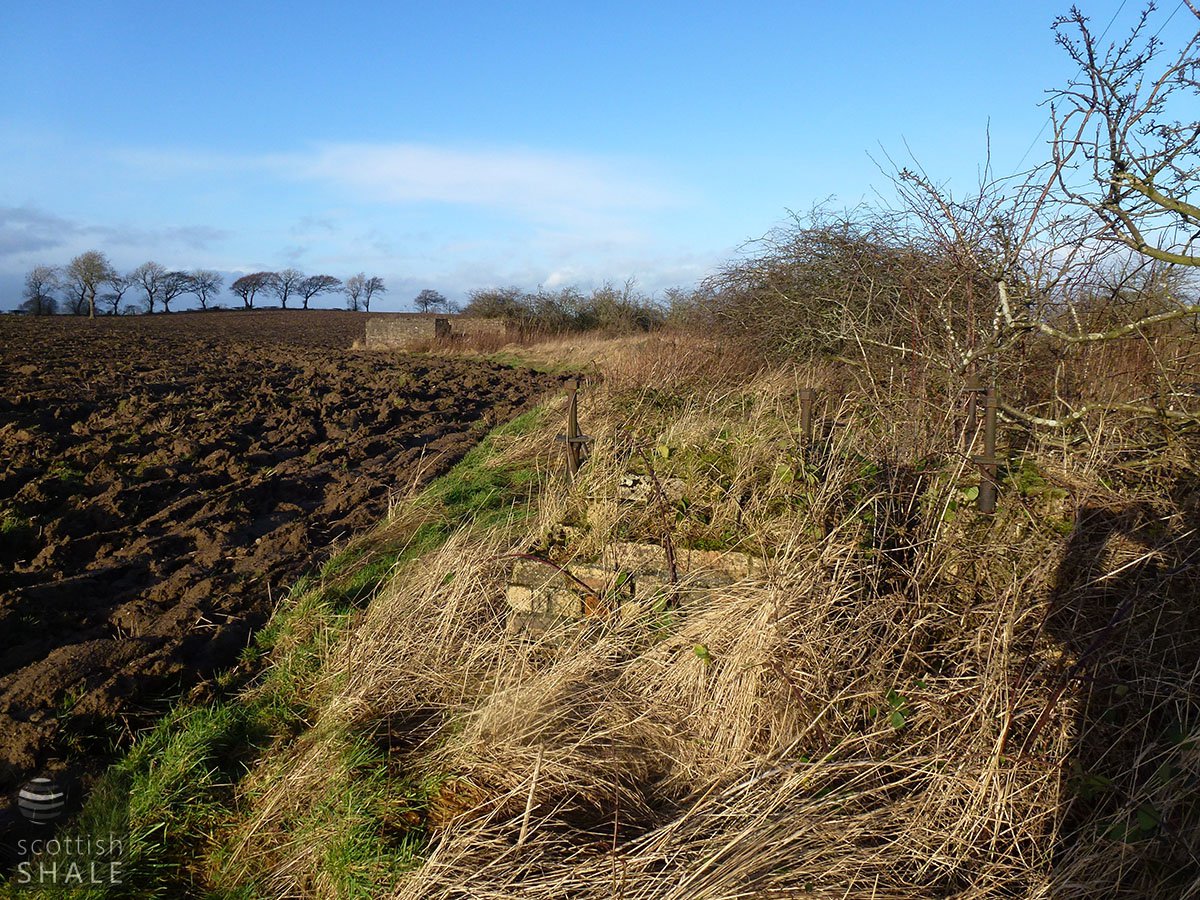 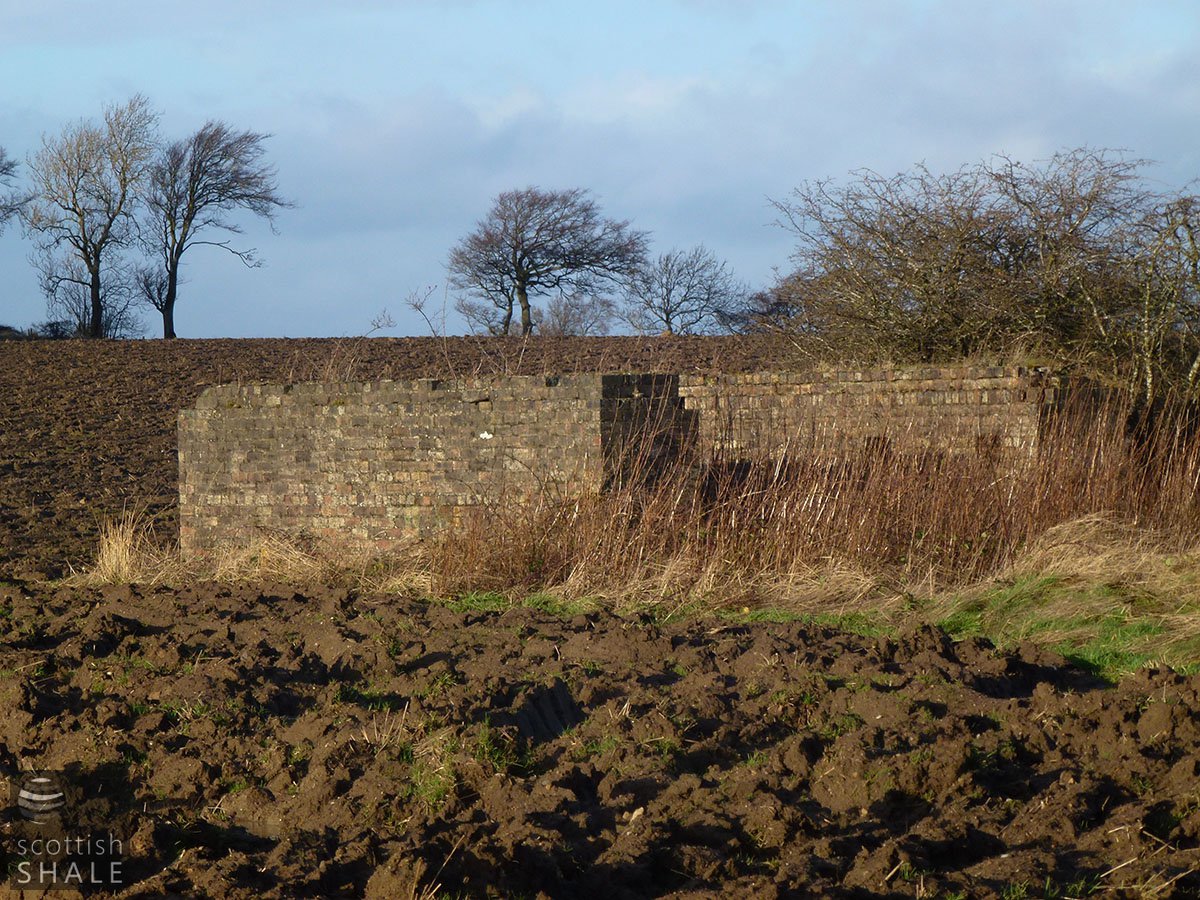 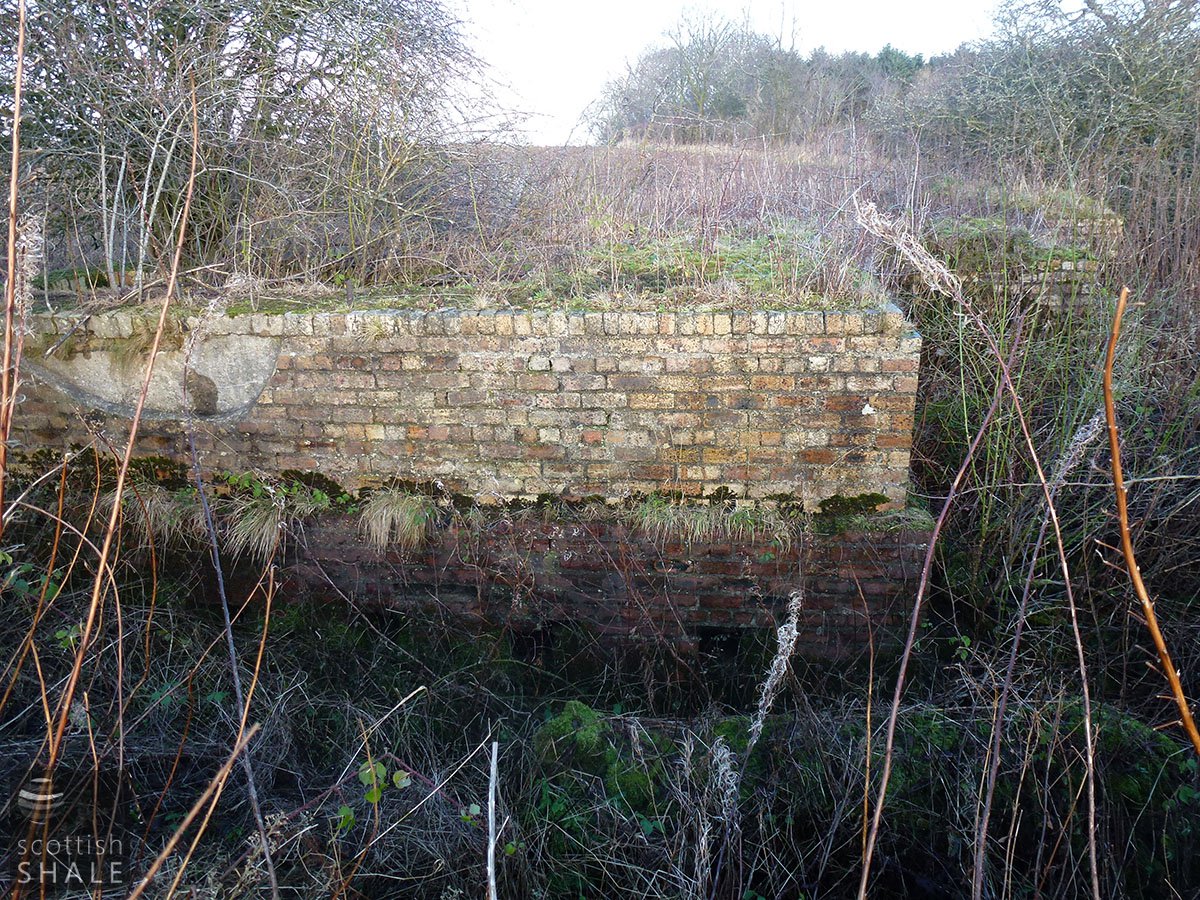 Engine house and substructure? The ground continue to fall to the right and enters a brick-line adit, now partly collapsed. Looking north. January 2012. 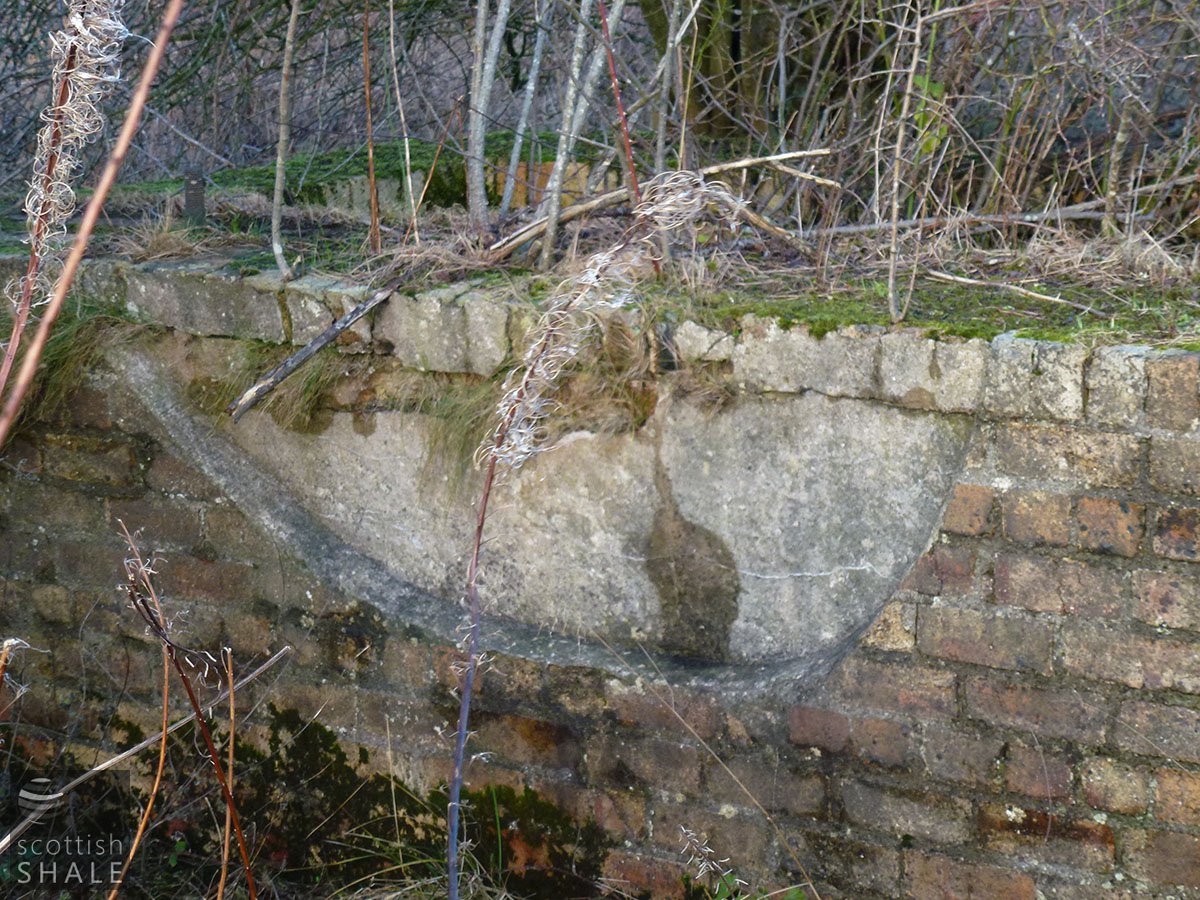 Detail seen in (3). This cut-out brickwork lies at the head of the incline and might have accommodated haulage machinery. January 2012. 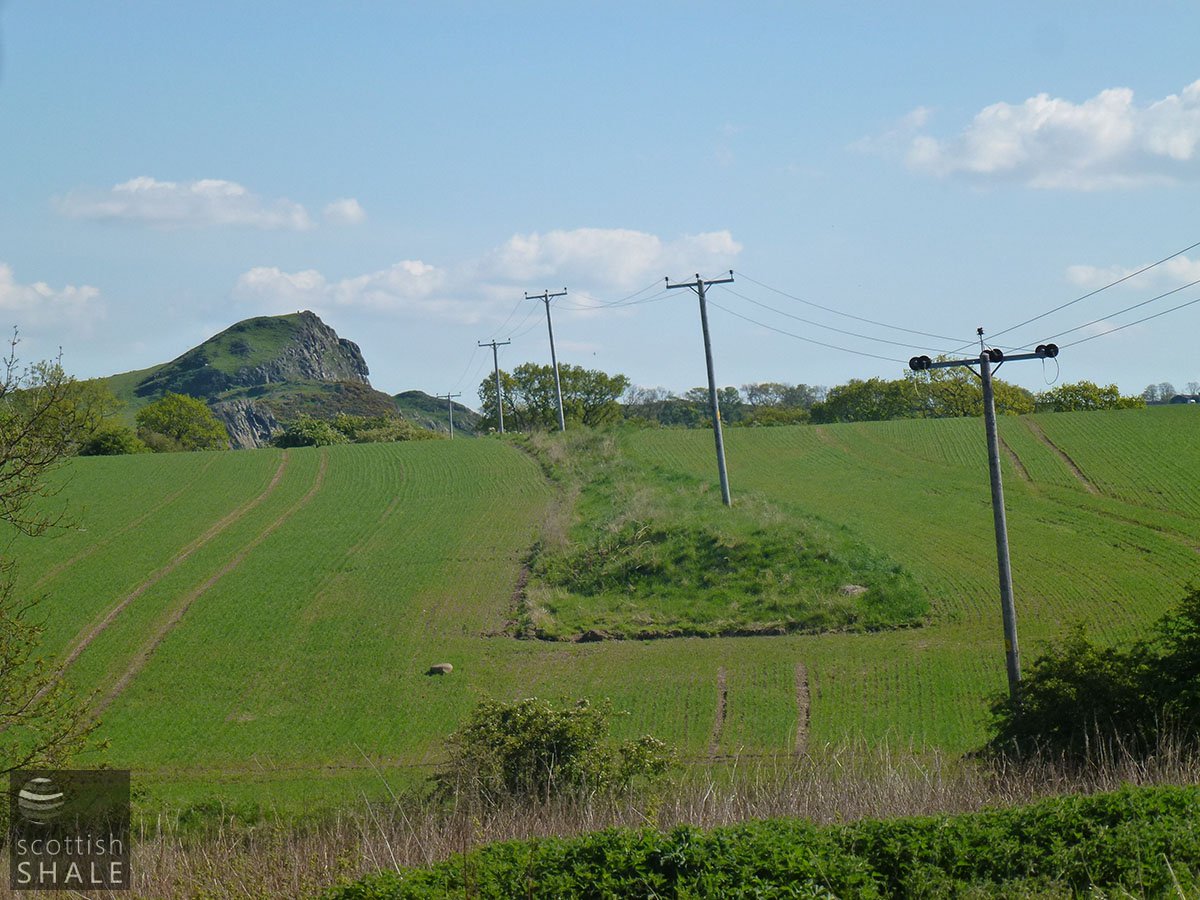 Route of tramway leading south from the mine, with Binny Craig on the horizon. Looking south. May 2012. 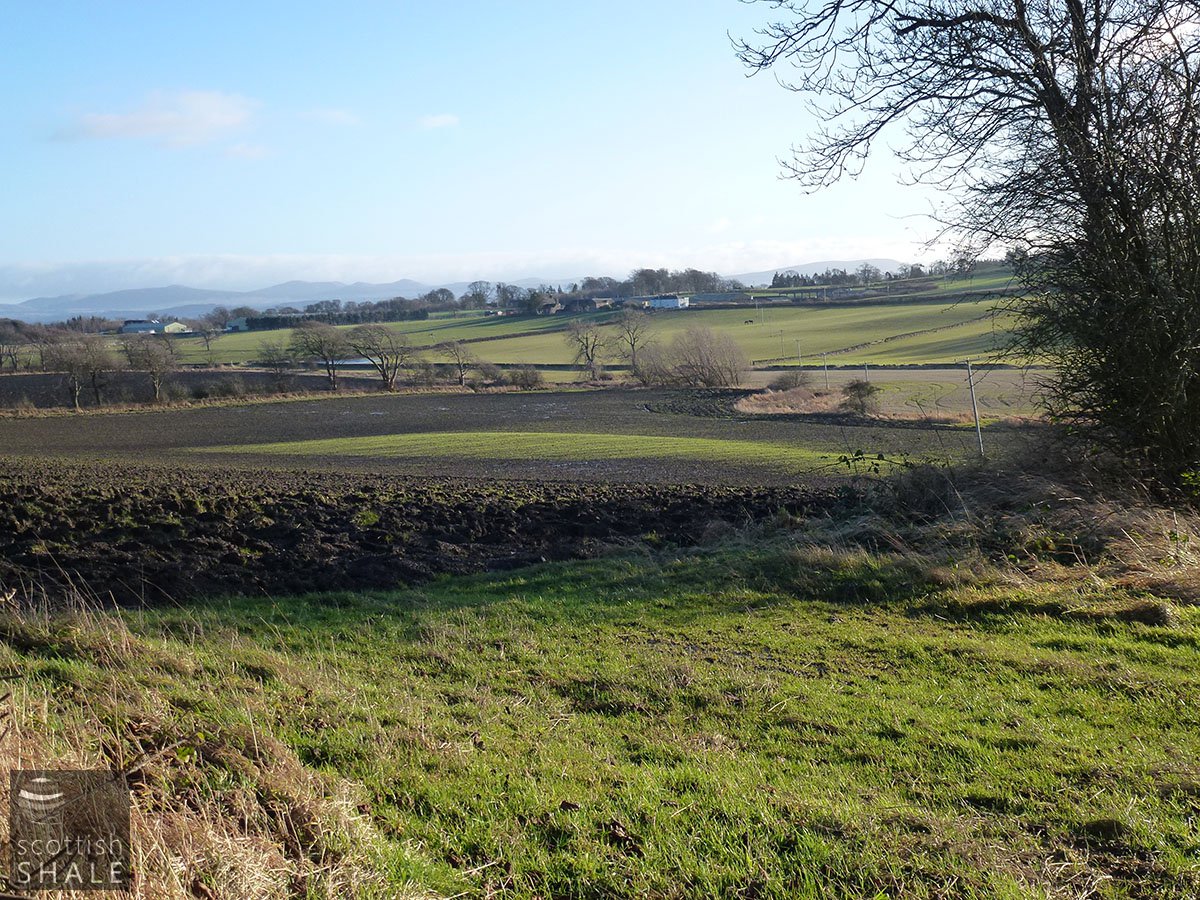 View across the site of the southern colliery, marked by the green area within the ploughed field. Looking south east. May 2012.

The new coal mine which was recently opened up by the Linlithgow Oil Company, on the Ochiltree estate of Lord Rosebery, and which had been stopped temporarily, has this week resumed operations. In the sinking and fitting out of the mine, as sum of £5,332 had been expended.

Quite recently a coal mine was opened up on the Ochiltree side, which belong to Lord Rosebery, and it was thought that by this means a saving would be effected in the providing of fuel for the works. The mine, however, on which a considerable sum of money had been expended, was not a success.