Initially the site of the Seafield Artificial Patent Fuel Works; an unsuccessful enterprise, backed by local landowner John Pender, to produce briquettes incorporating shale oil tars, peat and coal dust. The site was then developed as the crude oil works of the Bathgate Oil Company Ltd, but was idle for most of its existence; the company being liquidated c.1887. Following purchase and major redevelopment by the Pumpherston Oil Company Ltd, Seafield works supplied crude oil for refining at Pumpherston until its closure in 1931. 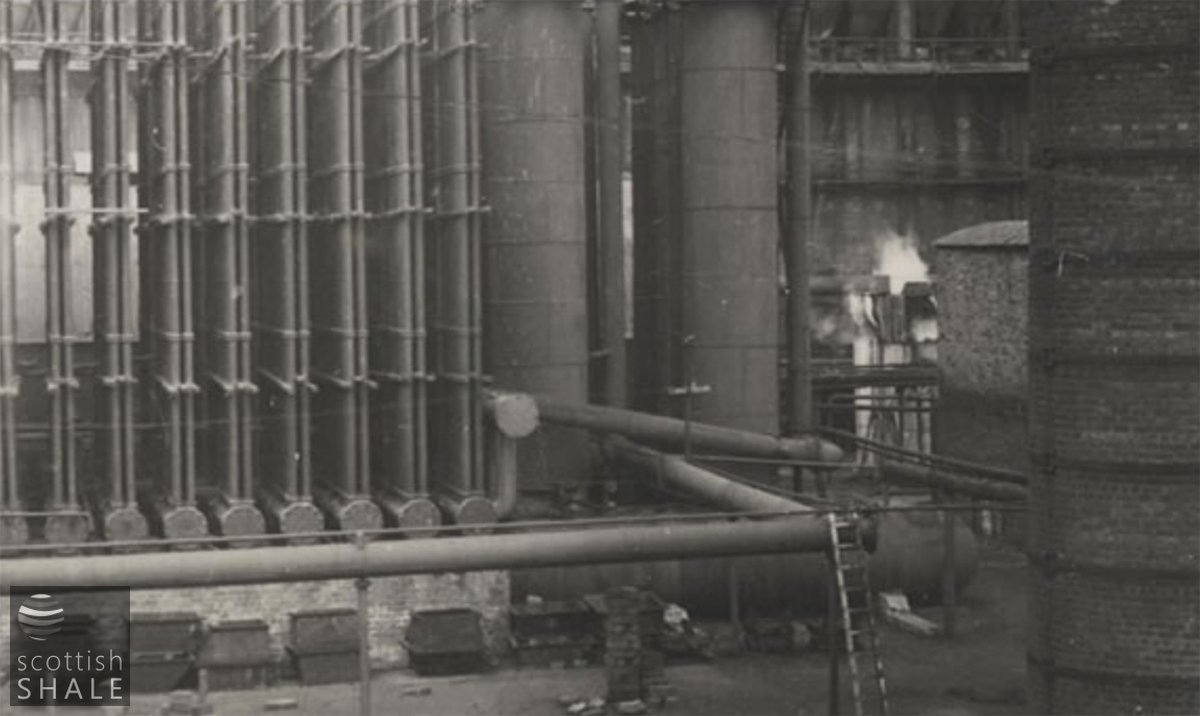 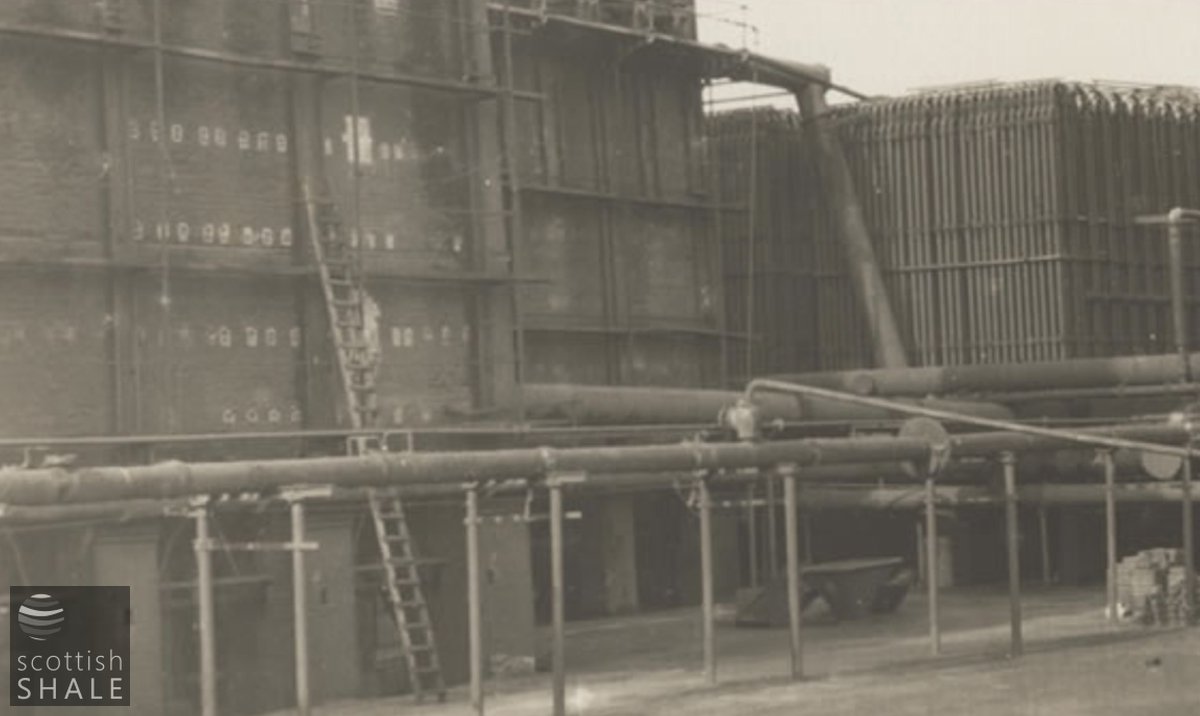 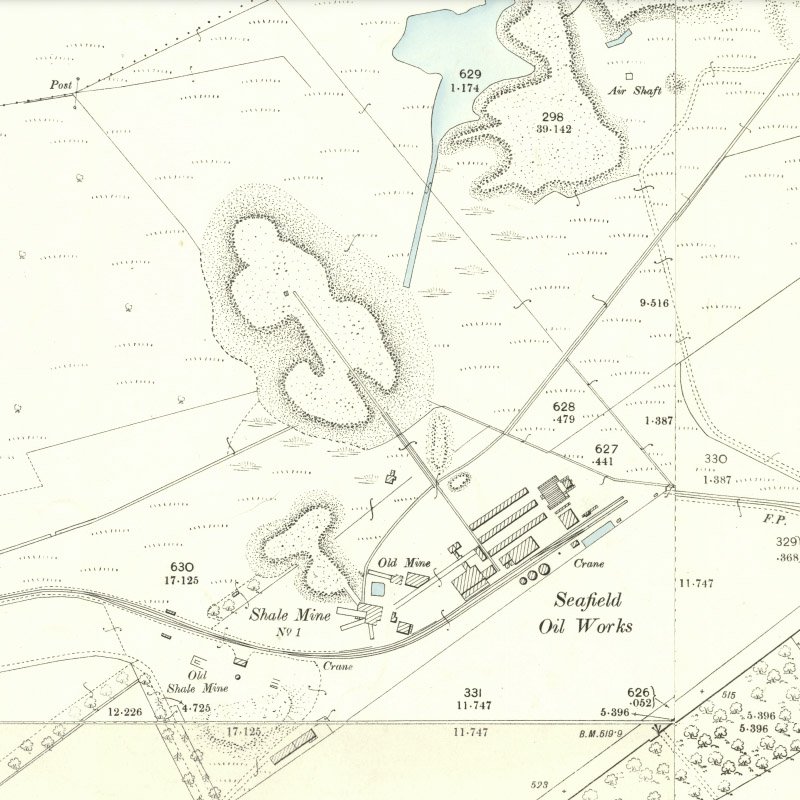 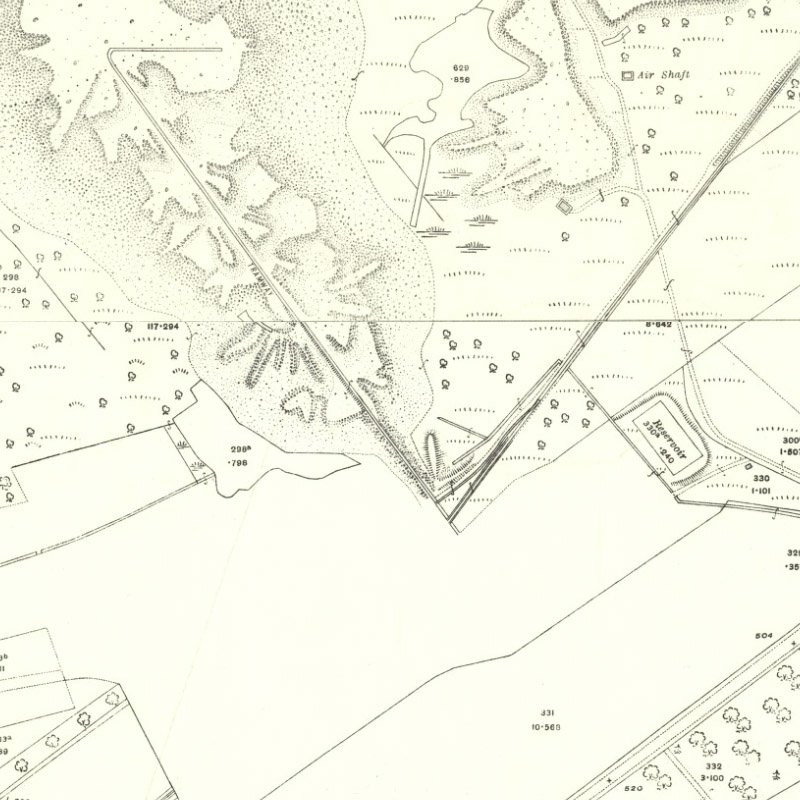 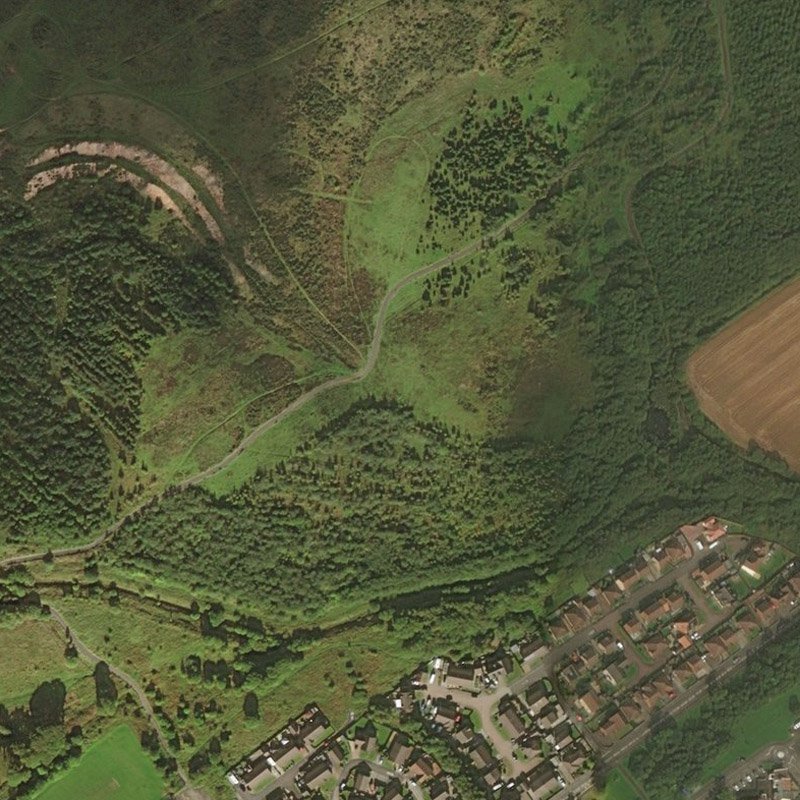 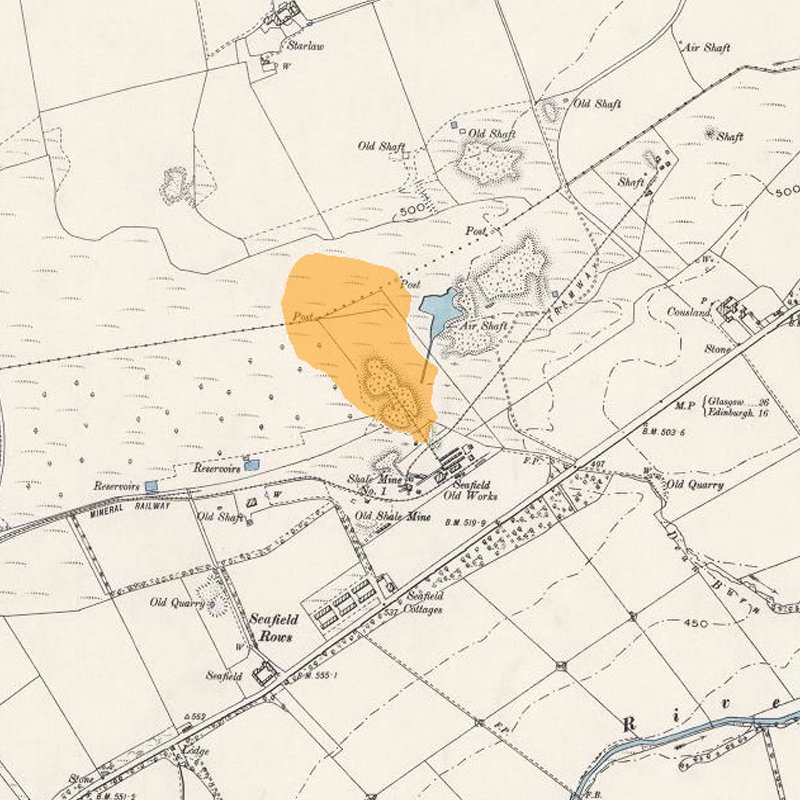 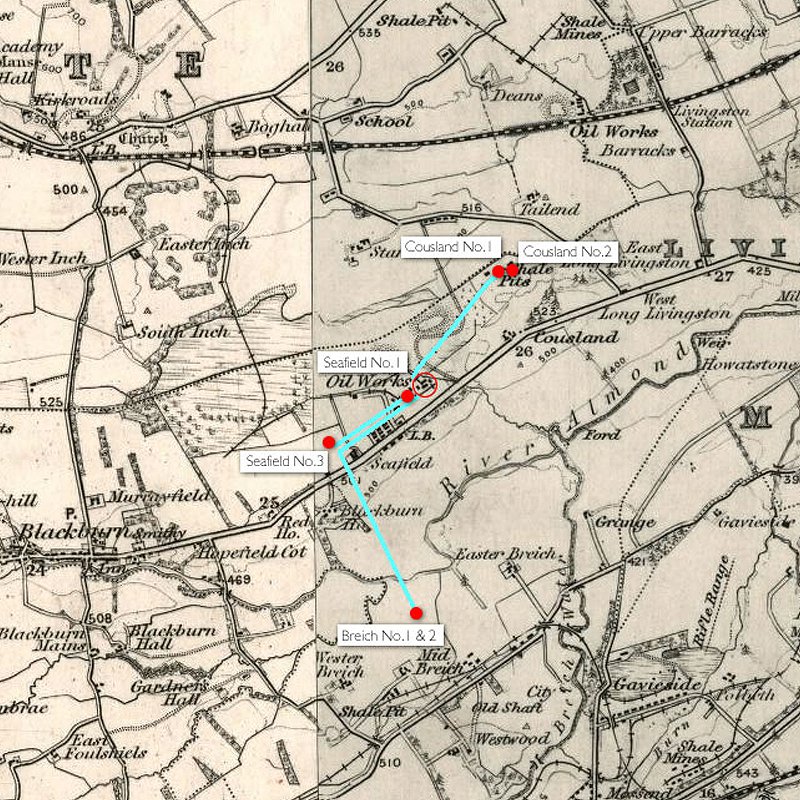 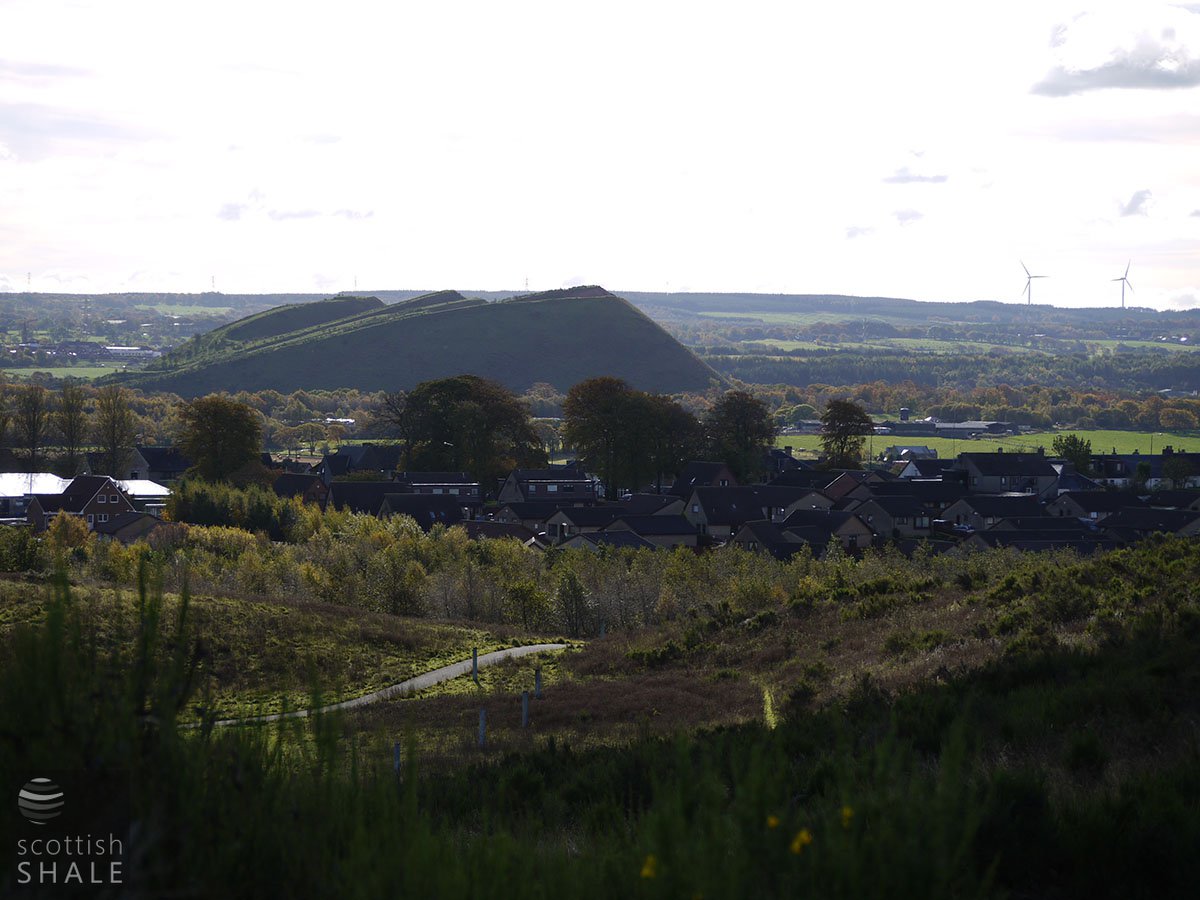 View from "Seafield Law", with site of oilwork in centre, the new houses of Seafield beyond, and the bulk of the five sisters bing beyond. Looking south. October 2010. 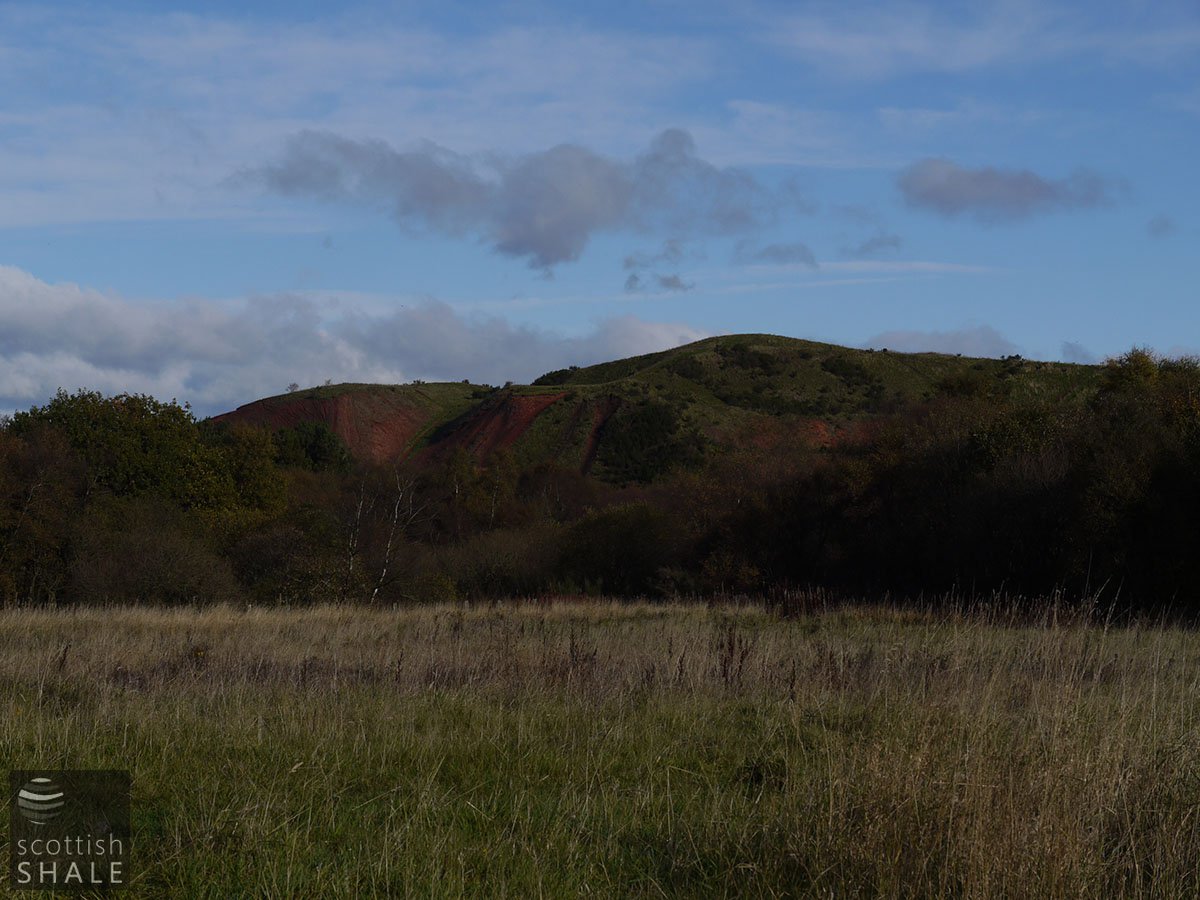 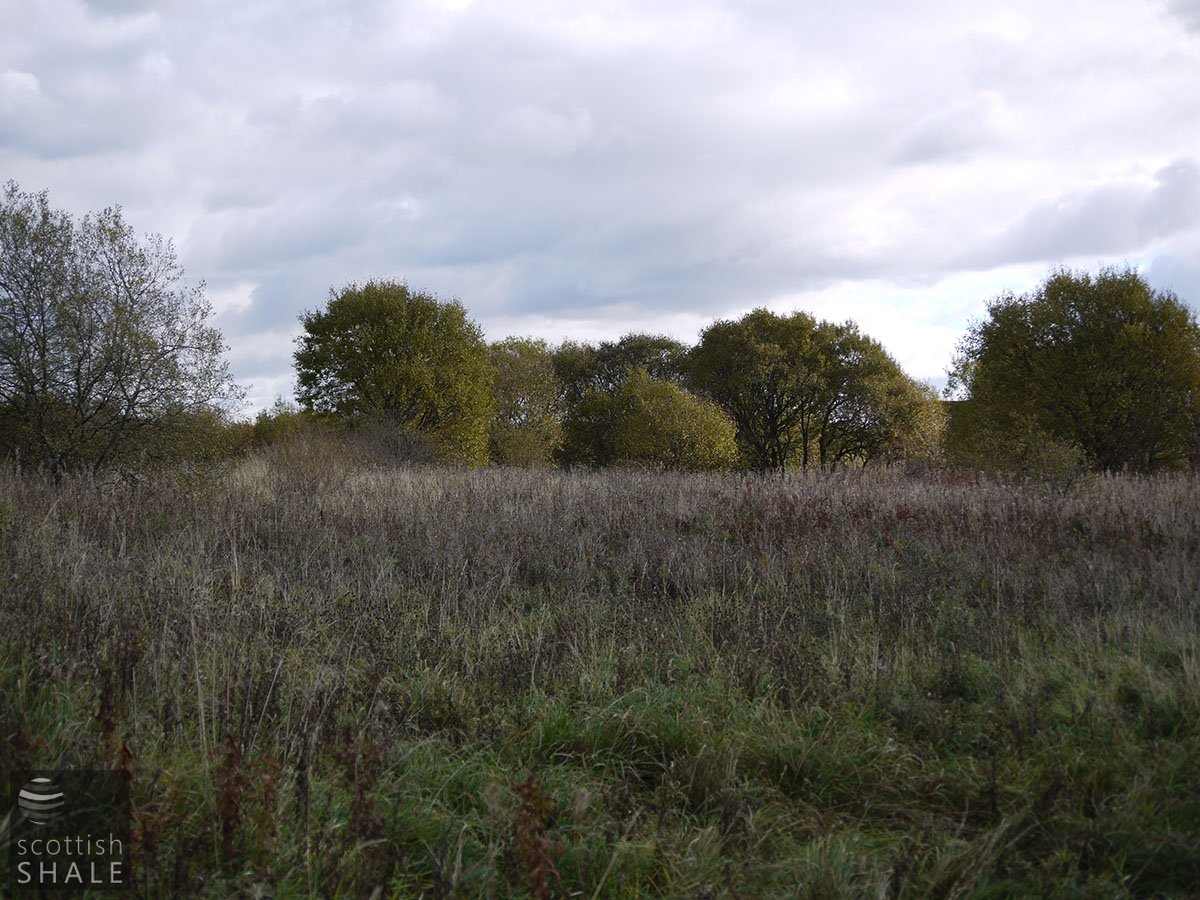 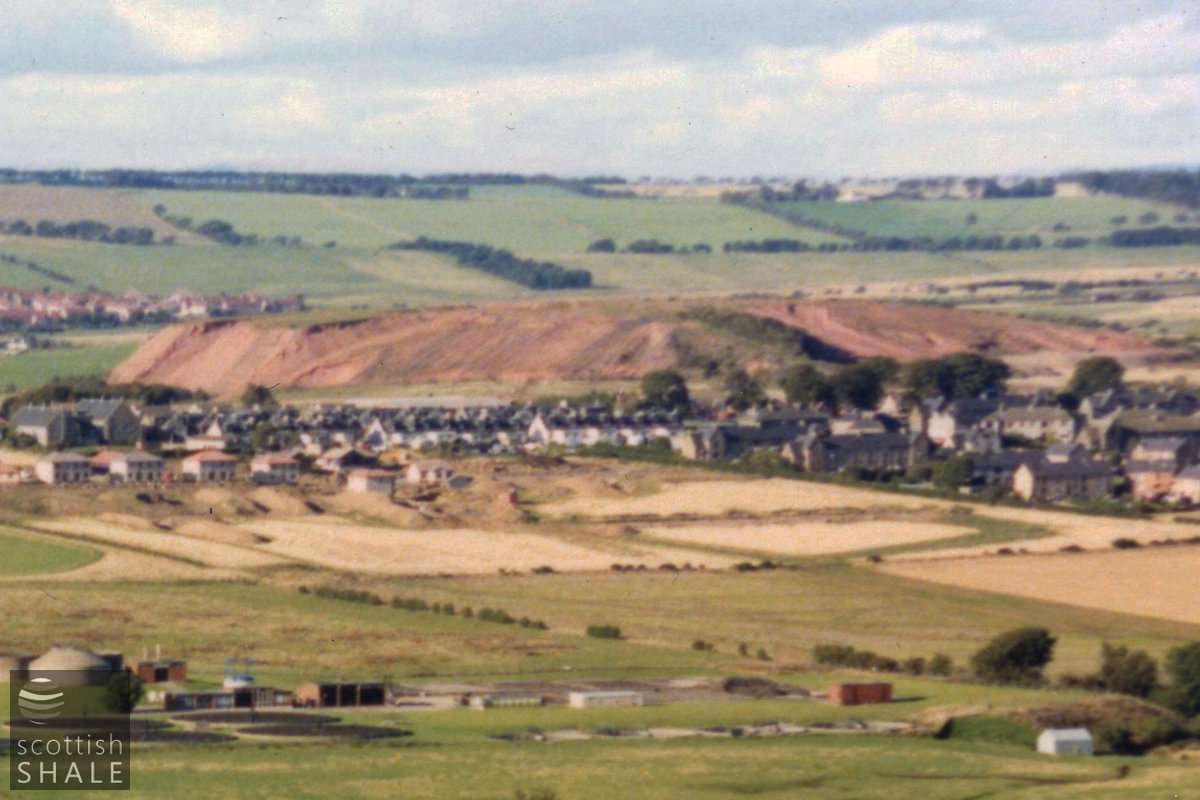 Seafield bing, c.1992 and prior to landscaping, viewed from the five sisters bing

The DIRECTORS invite OFFERS for work to be done at their SEAFIELD WORKS, near BATHGATE, as follows: (1) To take down and remove certain of the existing Buildings, Machinery &c. (2) To erect 48 Workmen's Houses. Plans specifications, and all particulars may be had by applying to the Manager. Pumpherston Works, Mid-Calder. The Directors do not bind themselves to accept the lowest or any Offer. Scaled Offers to be sent to the undersigned on or before Wednesday 21st inst. ARCHIBALD FRASER, Secretary and General Manager. 24 ST VINCENT PLACE, Glasgow, 6th January 1891.

On the invitation of the Duke of Sutherland, Lord John Hay, Mr J. Pender, M.P., Dr Alexander Wood, and others, a number of gentlemen assembled at Seafield, near Bathgate, on Friday, for the purpose of witnessing the opening of works there for the manufacture of patent fuel. The fuel consists of certain proportions of coal dross mixed with a percentage of shale tar, and the advantages claimed for it are, that while each of the substances are individually of small account, the two combined yield a product of great commercial value. A few months ago the process of manufacture of the patent fuel was described in our columns, but it may be well now to recapitulate its leading features. Small coal, as it is procured from the pits, is conveyed to the fuel works, ground between powerful rollers to powder, and conveyed to a hollow drum, where it is mixed with the tar of shale, freed by distillation from its lighter ols. This mixture of coal dust, with seven per cent. of the purified shale tar, is carried to what are known as pressing machines, where bricks of the patent fuel are turned out at the rate of eight tons per hour. The process is very simple, and unites smoothness with great power of production. On Friday, the patent fuel was tested in various ways - such as in the boilers of the engines and in exposed fire places, and it was acknowledged on all hands that it excelled for steam-producing purposes the best coal. Almost every particle of the fuel it was said, produced the white flame which is most desiderated in raising steam from water, and experiments proved that the specific gravity of the fuel was greater than that of the best coal raised in Scotland. Peat fuel made with a mixture of peat and shale tar was also experimented with, and the results were pronounced satisfactory. The peat had been previously pulped and mixed with 7 per cent. of shale tar, so as to produce marketable fuel bricks. Not the least important part of the patent which is to be worked at Seafield is the combination of iron ore dust and shale tar. It is a well known fact that iron ore when calcined at the pit mouth under the ordinary process leaves a large proportion of dust which oftentimes is the most valuable part of the ore, but which under present arrangements is valueless. If that dust were thrown into blast furnaces it would simply prove waste material, from the fact that it would be carried away by the force of the hot blast. The patent under which the fuel which has been described is manufactured also applies to the preparation of the dust iron ore for the smelting furnace. It is intended to collect the dust ore, and by mean of a flux composed of shale tar and lime, form it into blocks, which may be thrown into a blast furnace. If this idea can be carried out, hundreds of thousands of tons of iron now lying waste at the pit mouth will be utilised.

The directors of Scottish Oils (Ltd) have decided to dismantle other [sic.] two of the oil works in West Lothian, which have been stopped since last summer. Seafield Works had a retorting plant and were used for the manufacture of crude oil, which then passed on to Pumpherston to be refined. The Seafield Works gave employment to several hundred men, and the village was entirely dependent on the oil trade. With the demolition of the works the last hope has expired of the men over getting employment again locally. The Oil Company gave the workmen a very fine institute and a bowling green, and these are being found useful by the men during their enforced idleness. At Philpstoun also orders have been given that the oil works and plant at the shale mines are to be dismantled. Philpstoun village also depended on the oil industry, and workmen have had to live on unemployment benefit since the works closed.