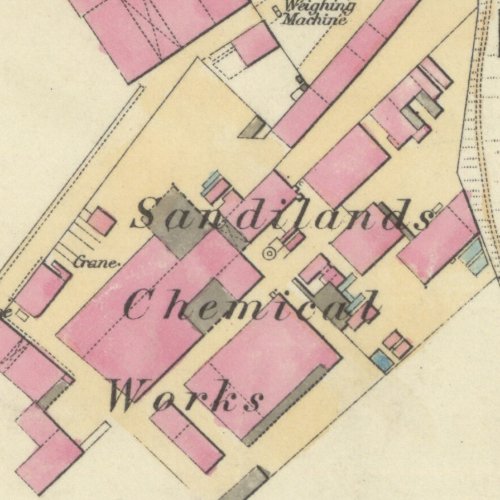 The substantial Sandilands chemical works were constructed adjacent to Aberdeen gas works and were principally concerned with the processing of tars and other by-products from gas production. Partners of the firm of John Miller & Co. included many leading figures in the early oil industry in Scotland. For a short period, crude oil was produced from Boghead Coal, presumably hoping to evade the attention of James Young. Production appears to have ceased in about 1861 when Young brought legal action against the firm for infringement of his patent.

"In 1857... Miller and Sons had started their work at Aberdeen where crude oil was produced from Boghead Coal. This work did a flourishing business in both crude and refined oils until the year 1864, in which year the work was closed, owing partly to the high price of Boghead Coal, but perhaps more particularly to the fact that Young had discovered that Miller and Sons were infringing his patents."

Successive editions of the Aberdeen Post Office Directory record the changing output of the works:

By 1902, the firm of John Miller & Co. were listed as producers of naphtha, benzole, creosote oil, pitch, asphalt, sulphate of ammonia, sulphuric acid, artificial manures, and refiners of paraffin wax and ozokerite. The works were taken over by I.C.I. in about c.1928 and were latterly operated by Scottish Agricultural Industries as a fertilizer plant.

Mapped by the Ordnance Survey of c.1869. 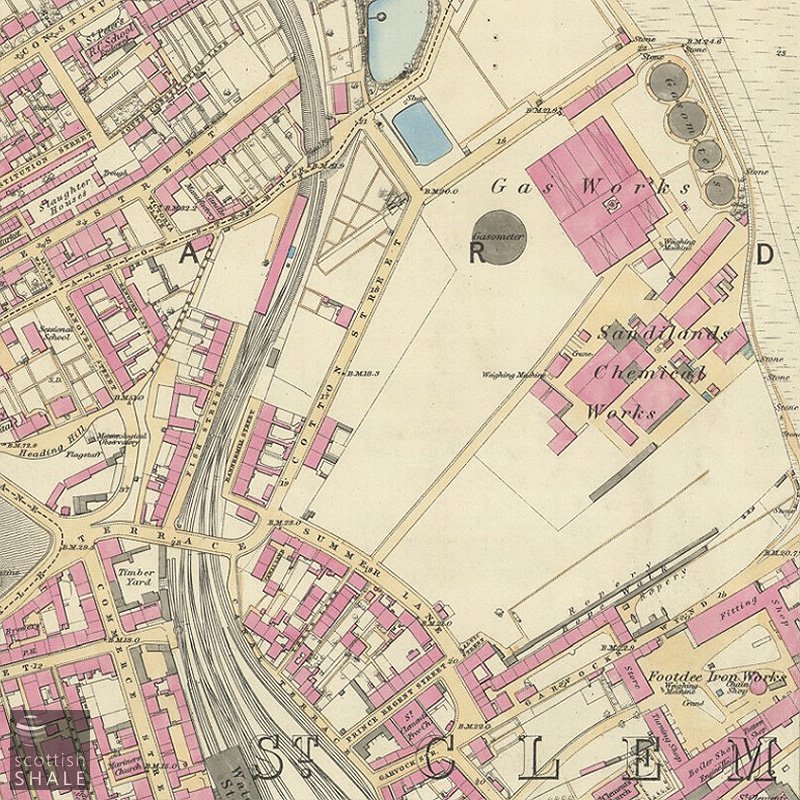 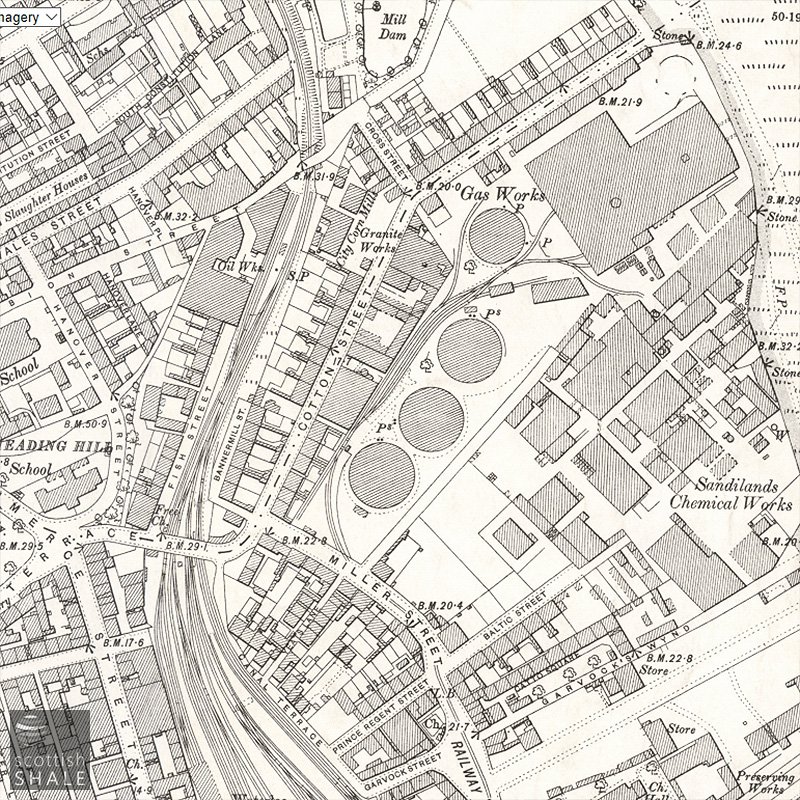 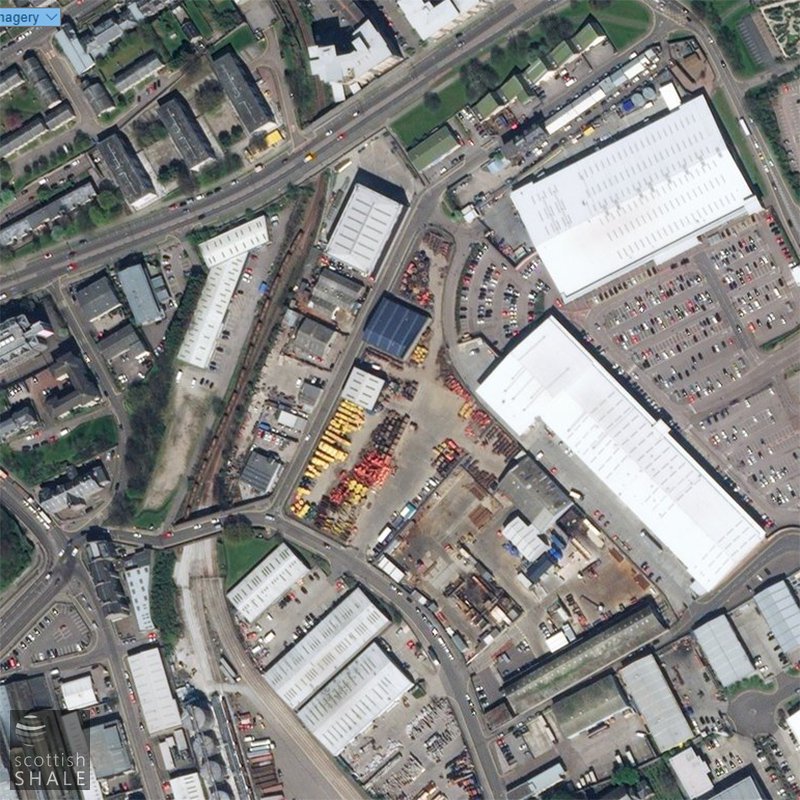 Evidence presented to the House of Lords on the Edinburgh & Dunfermline Railway Bill 1862:

Mr. W. McClintock, practical chemist, stated that the Bathgate shale contained such a very large proportion of refuse that it was necessary to extract the paraffin on the spot as it would not pay to ship it in its raw state. Lately a cargo was sent to Aberdeen upon which a loss of £5 per ton was incurred.