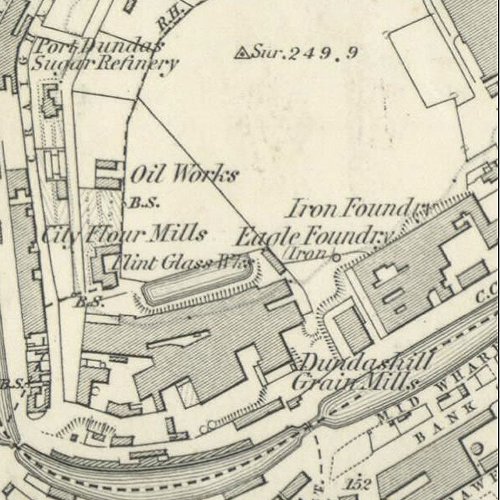 Valuation rolls for "Port Dundas Paraffin Oil Works" suggest that these works operated as a paraffin refinery by Robinson, Donald and Co during 1865-66; the site having previously used as a foundry and subsequently as a timber merchants. Robinson, Donald & Company also operated the Vulcan Oil Works, Port Dundas, and the Loanhead Oil Works in New Monkland.

The location of the works is uncertain. The Port Dundas area, and the industrial corridor around the Monkland Canal, was once the industrial heart of Glasgow. OS maps show a number of "oil works" in the area, and trade directories list a number of oil merchants based there during the mid-Victorian period. Most of these oil works are likely to be associated with natural oils, paint manufacture and other chemical production. Ownership and use of industrial premises changed regularly.

The newspaper report (below) of a fire at the works of Peter Forbes & Co., Paraffin Oil Makers, in 1871 might relate to a different site in Port Dundas, fronting the canal and close to Port Dundas Distillery. The Glasgow Post Office Directory of 1871 lists Peter Forbes & Company, Port Dundas Oil Works, as paraffin oil manufacturers. 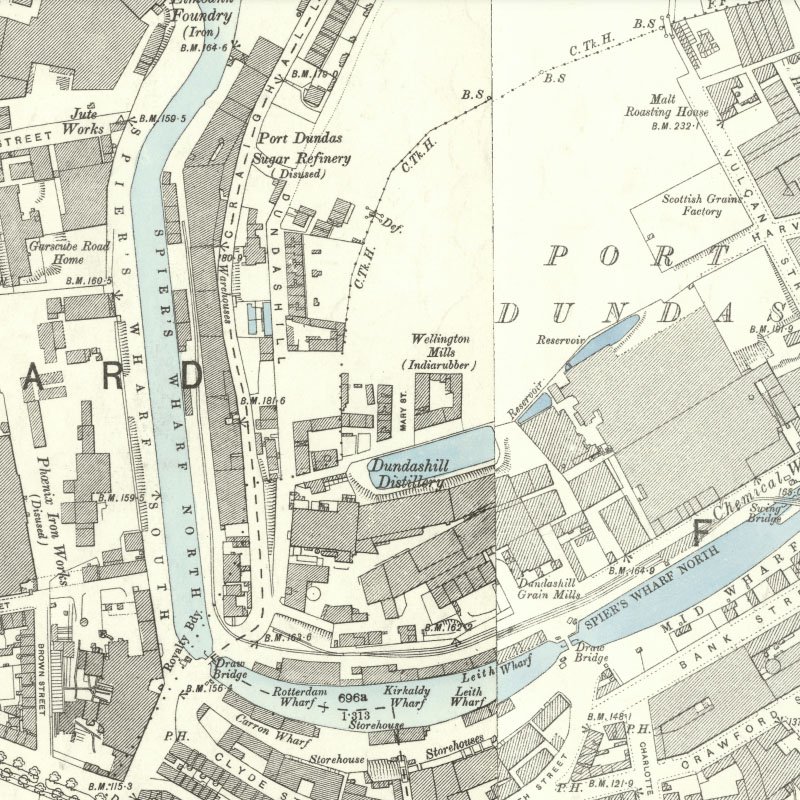 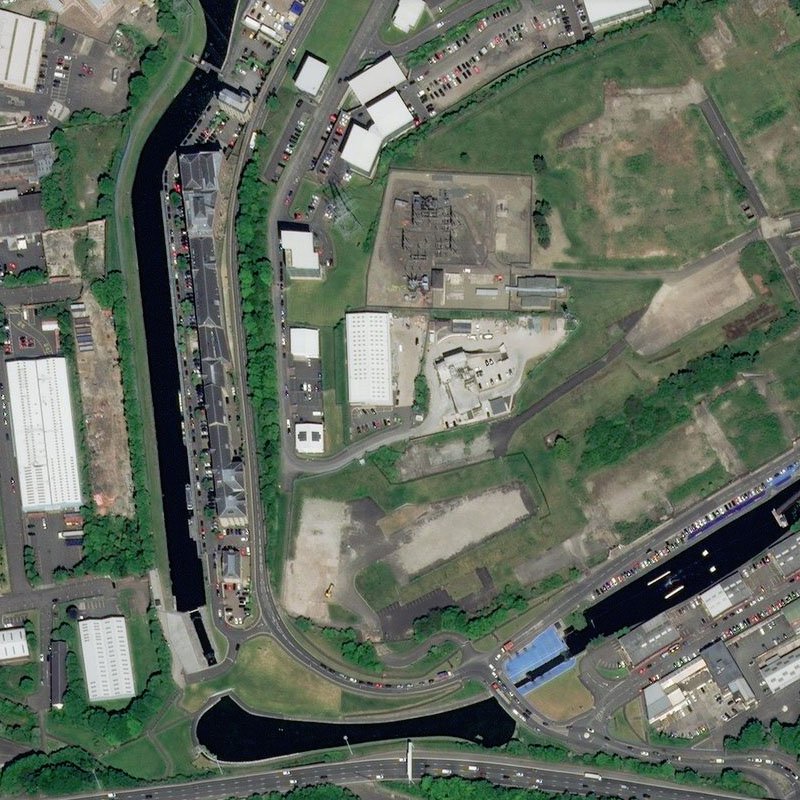 Destructive Fire at Port-Dundas - Damage estimated at £10,000. Last night, above a quarter to twelve o'clock, a most extensive conflagration broke out in a large oilwork situated on the banks of the Forth and Clyde Canal, near Port-Dundas. The works are owned by Messrs. Peter Forbes & Co., paraffin oil makers and manufacturing chemists, and cover an extent of ground fully 100 yards by 50. Fronting the canal is a warehouse, three storeys in height, to the rear of which is a large square yard, surrounded by a brick wall. This yard was stocked with barrels filled with oil, the total quantity of which on the premises is estimated to have amounted to between 40,000 and 50,000 gallons. A great portion of the oil is contained in iron tanks sunk some two feet under ground. The fire, when first discovered by the watchman, was burning with great intensity in the south-western corner of the yard, where was stored a large number of barrels. Information was at once conveyed to the Northern and the Central Fire Brigades, but it being without the city bounds, there was no immediate turn out. And as one of the partners, who arrived at the scene shortly after the outbreak, considering the uselessness of attempting to extinguish the burning oil by the ejection of water, declined to give a guarantee that the expense would be paid, no appearance was put in by Mr Bryson and his men. The fire continued to rage with great fury, and soon the entire work was one mass of flame, illuminating the sky for miles round. While we go to press, nothing but the bare walls remain, and the fire still rages. Few of the barrels of oil have been saved. As yet, the flames have not reached the oil in the tanks, but faint hopes are entertained that they shall escape the devouring element. The damage is estimated at £10,000, only half of which is covered by insurance in several offices. In close proximity is the large distillery of the Messrs Macfarlane & Co. Though not in immediate danger, the managers have already got steam up, and are prepared, if necessary, to flood the buildings with water.

On Sale, the Port – Dundas Oil Works, situated on the canal bank, Port Dundas, well suited for a foundry, &c. Apply at Crawford Street Chemical Works, where the titles can be seen, and explanations given. Parties purchasing can have any part of the machinery at a valuation.

A fire occurred on Saturday night at the oil work of Mr. John Parker, Port Dundas, Glasgow. Several tanks became ignited and the oil burned until yesterday morning. The damage is estimated at £6,000. Six months ago these works were wholly destroyed by fire.