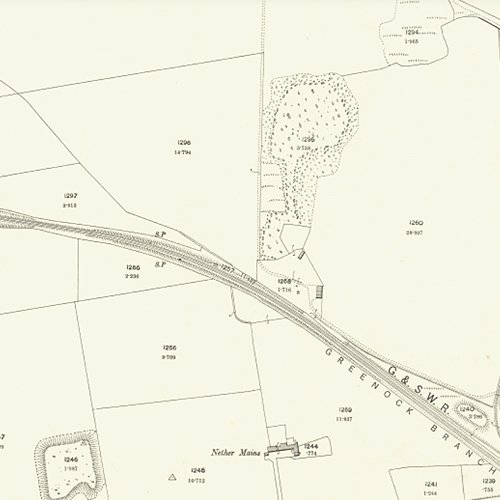 A newpaper account (see snippets, below) describes how a fire in February 1871 destroyed stocks of oil and most of the refinery equipment, but left the crude oil works and associated pit unscathed. There is no evidence that the refinery was rebuilt following the fire; only crude oil seems to have been produced under the ownership of James Liddell & Company.

The precise site of the works is unknown, but seems likely to be associated with a waste bing directly south of East Fulton farm, marked on the 1897 OS map.

Mapped by the Ordnance Survey of c.1897. 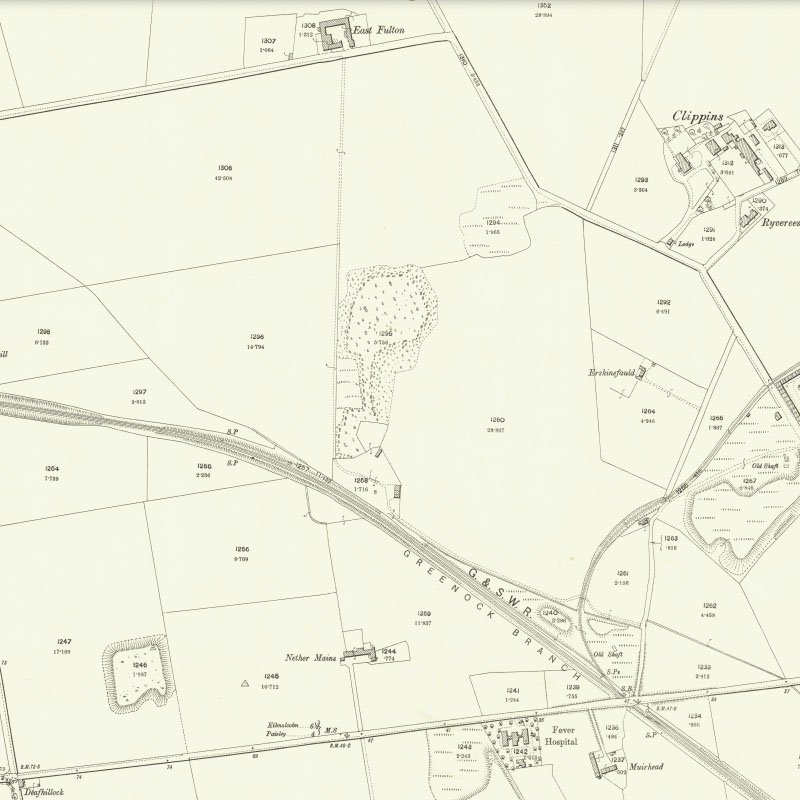 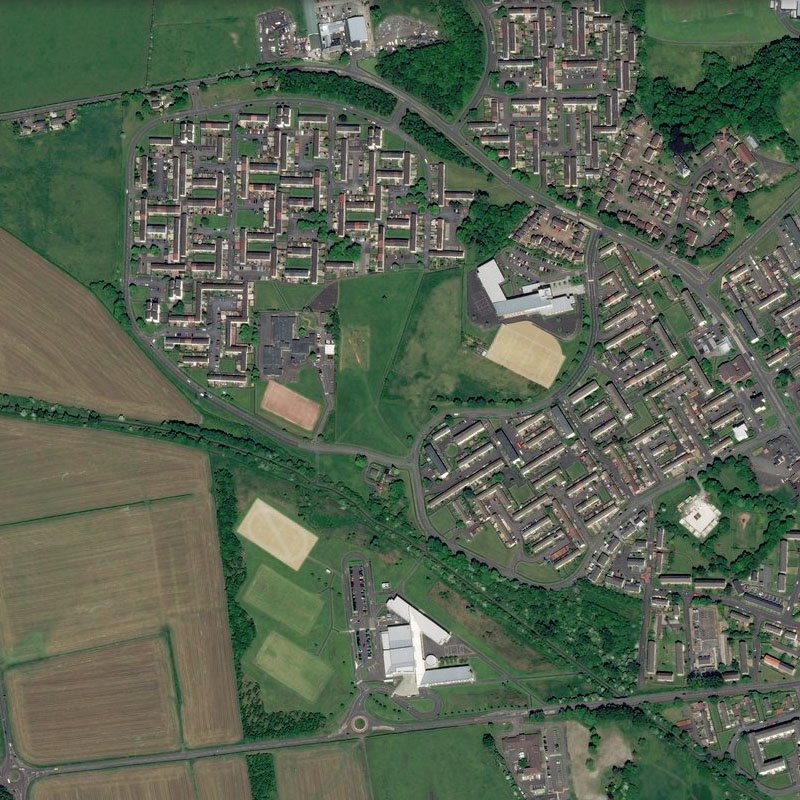 CONTRACTORS WANTED, to work coal and shale, at Fulton Works, near Johnstone. Offers must be lodged not later than the 1st of July with the subscribers. The terms of contract, together with any information, can be obtained from Jas. Greenshields & Son, 33 Virginia Street.

BURNING OF AN OIL REFINERY.

Yesterday morning the oil refinery situated near the South-Western and Ayrshire Railway, between Johnstone and Bridge-of-Weir, and belonging Messrs James Greenshields & Son, Glasgow, was struck by fire. The conflagration, which took place between 4 and 5 o'clock originated from the man in charge having gone to the still with his lamp burning, and the gas, when the still was running, ignited at the mouth of the worm and ran along to the tanks, the oil in which immediately caught fire. The flames, which rose to an immense magnitude, and continued for some hours, illumined the sky to a great distance, and had more the appearance of a city on fire than a single work, however large. Fortunately, the gearing and the apparatus connected with the pit from which the shale is got were not attached to the shed containing the oil, and consequently were uninjured; otherwise, the damage would have been much greater. As it is, the stock of paraffine and lubricating oil in the sheds, which are completely consumed, is estimated at £1000, and of course, was uninsurable. The retorts are uninjured, being a considerable distance from the sheds. The appearance which the place presents is one of great devestation, the lubricating oil having run through the fields towards the railway, and the barrels being scattered throughout the open ground in confusion among the debris. The scene of the conflagration was visited in the course of the day by numbers of spectators from Johnstone and other places in the neighbourhood. Except, however for the loss of the oil and the refining machinery, there is nothing to prevent operations being resumed immediately, and Messrs Greenshields, therefore, intend at once to commence the erection, of the sheds, and to replace the tanks and refining apparatus which have been destroyed.

"The Walkinshaw Oil Company (Limited)" is intended to be formed for the purpose of acquiring- …. 2. The East Fulton Oilworks , situated in the Parish of Kibarchan, near Johnstone, belonging to Messrs James Liddell & Co., with the Leases for working Shale, Coal and Fire Clay held from the Trustees of the late Thomas Speir, Esq. Of Blackstone.