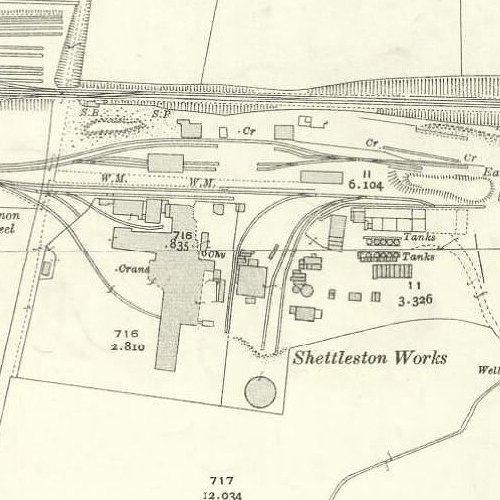 Redwood notes that Shettleston Oil and Chemical Company was started in 1891 and was still going.

All original directors of the Shettleston Oil & Chemical Works had associations with the Stanrigg Oil Works. The Company was acquired by Scottish Tar Distillers in 1945 and wound-up in 1958.

Mapped by the Ordnance Survey of c.1935. 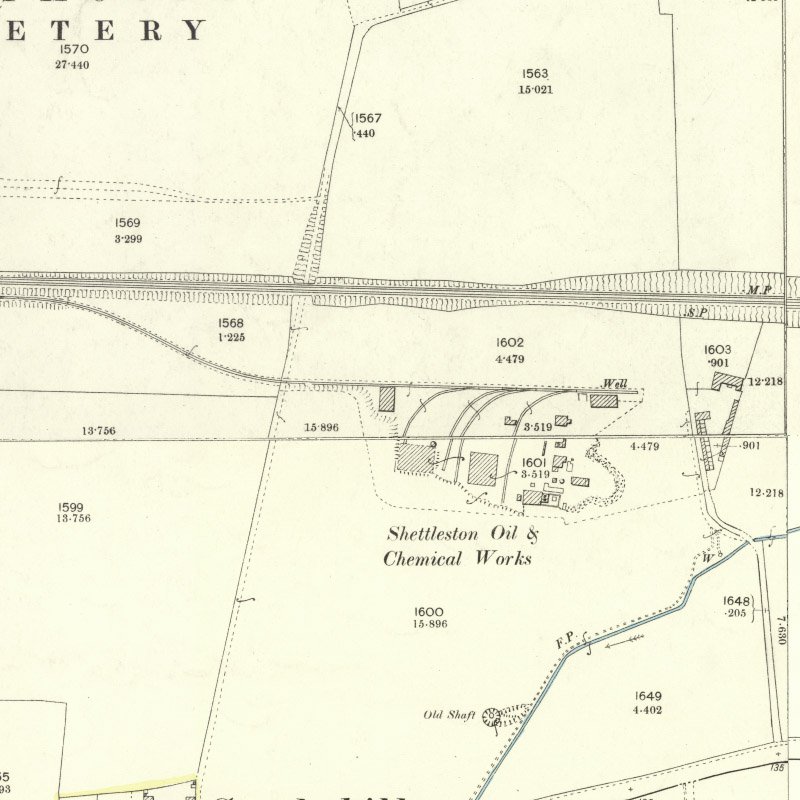 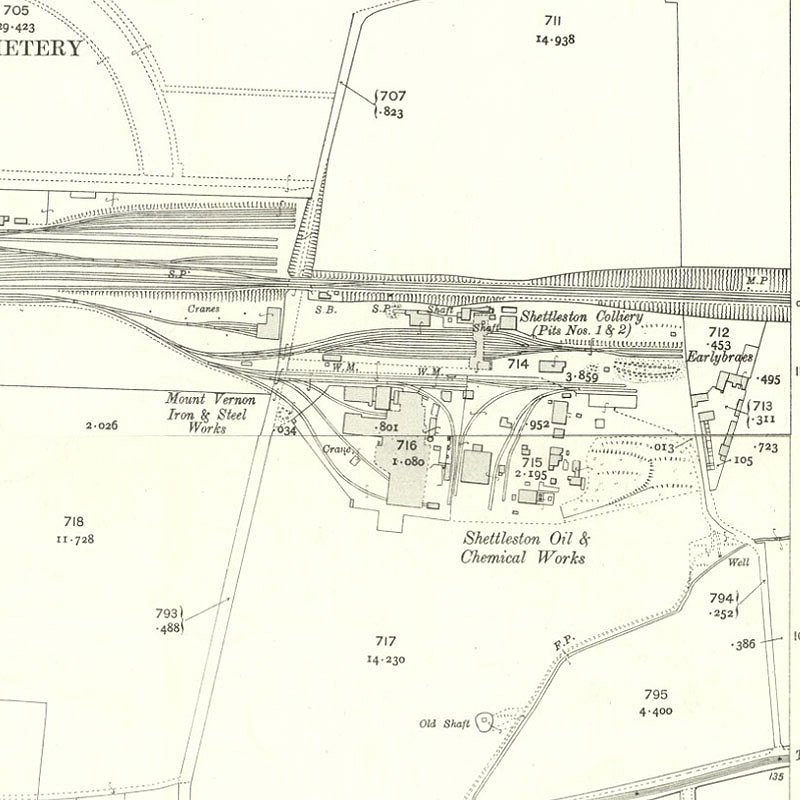 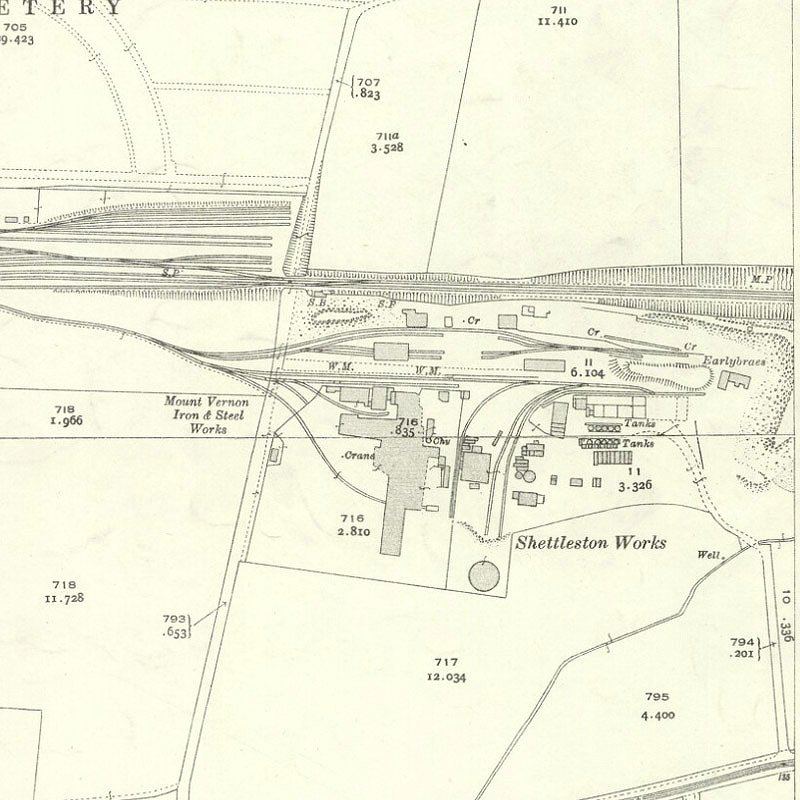 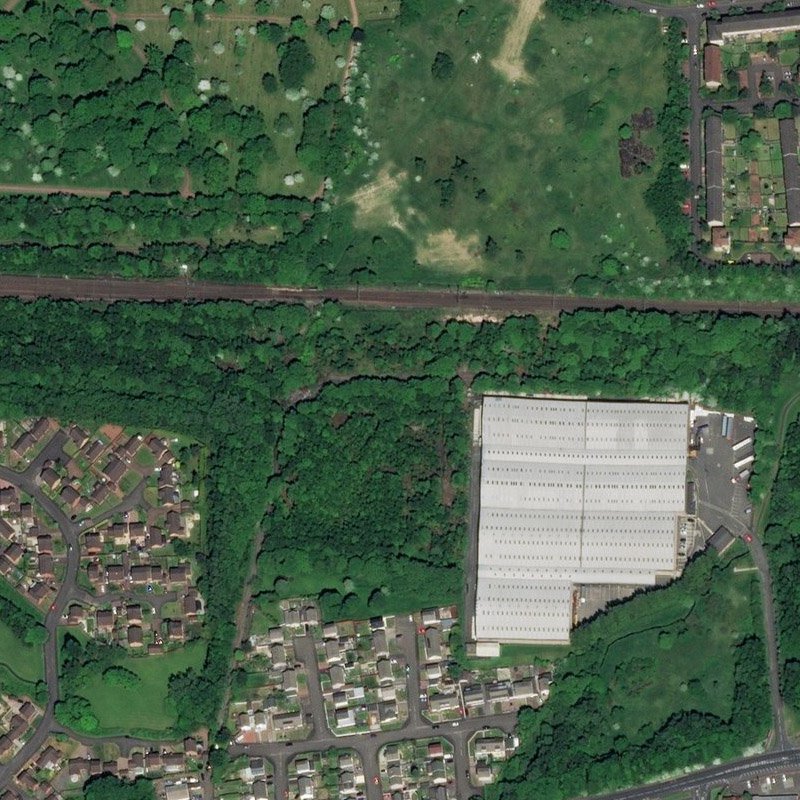 "An English company put up a plant at Shettleston to extract benzol, but was unsuccessful. On his own initiative Robert Dunlop negotiated a good price to buy the disused plant, and became a partner when the resulting Shettleston Oil and Chemical Co. Ltd was formed in December 1890. The number of oil companies in Scotland was dwindling, and most of them were making losses in real terms, yet the revitalised works at Shettleston lasted right through until 1958." from Robert Dunlop by Margaret Ford, published in the Edinburgh Geologist, issue 20, Spring 1988