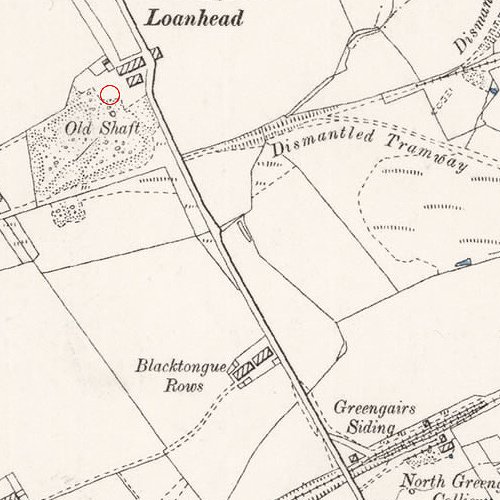 Listed by Redwood as "Glenture Oil Works" operated by Robertson, Donaldson & Company between 1864 and 1877. The 1871 census lists five oil workers resident at Loanhead, including John Aitken, "Manager of Oil Works". None are listed in 1881.

Mapped by the Ordnance Survey of c.1897, showing possible location of the oil works in red.

Below: Rateable value entries between 1866 and 1894, although later entries may relate to minerals only. 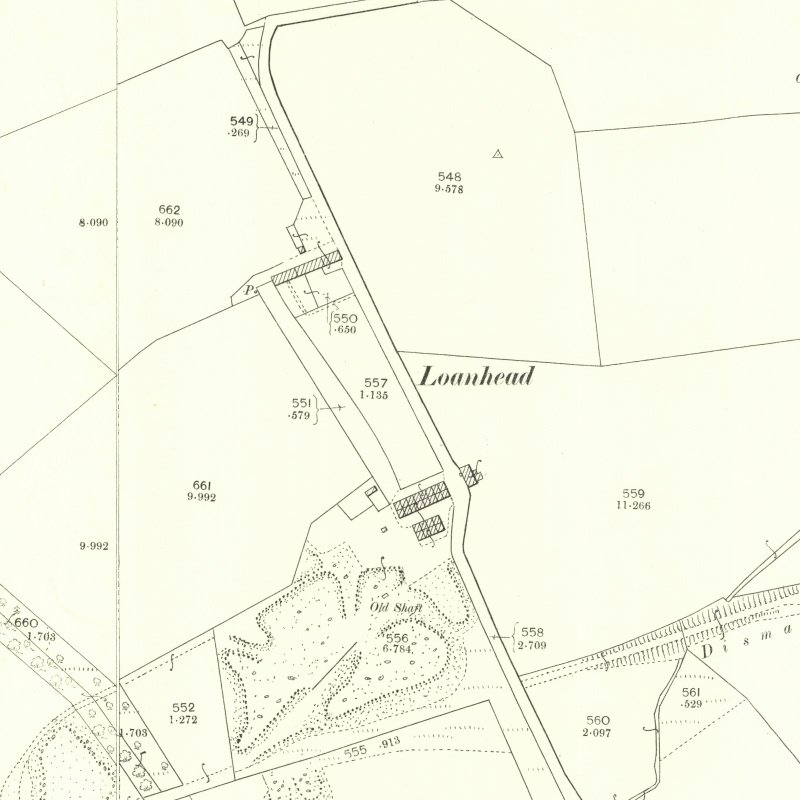 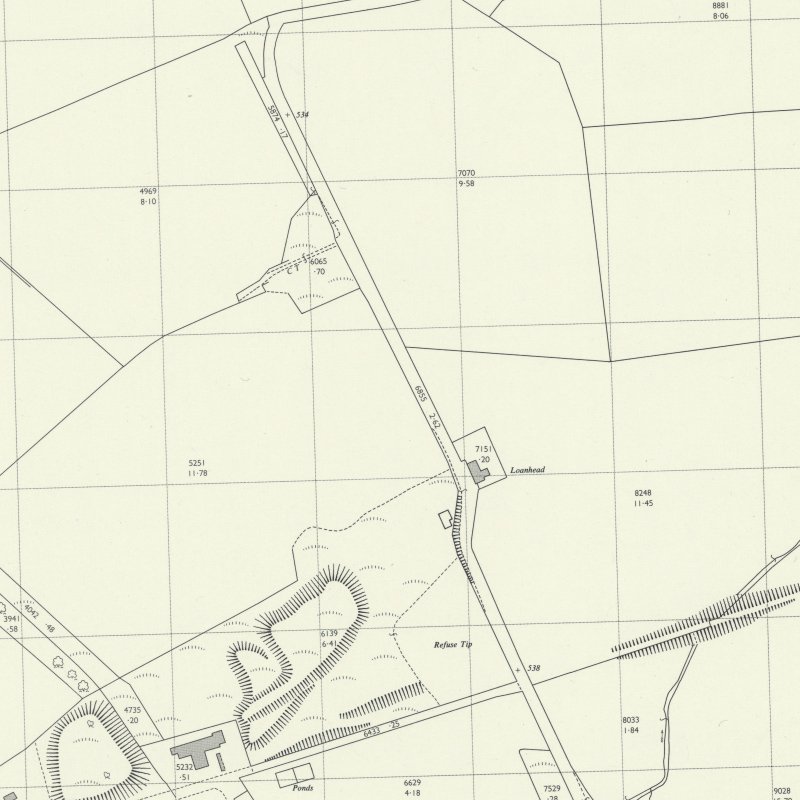 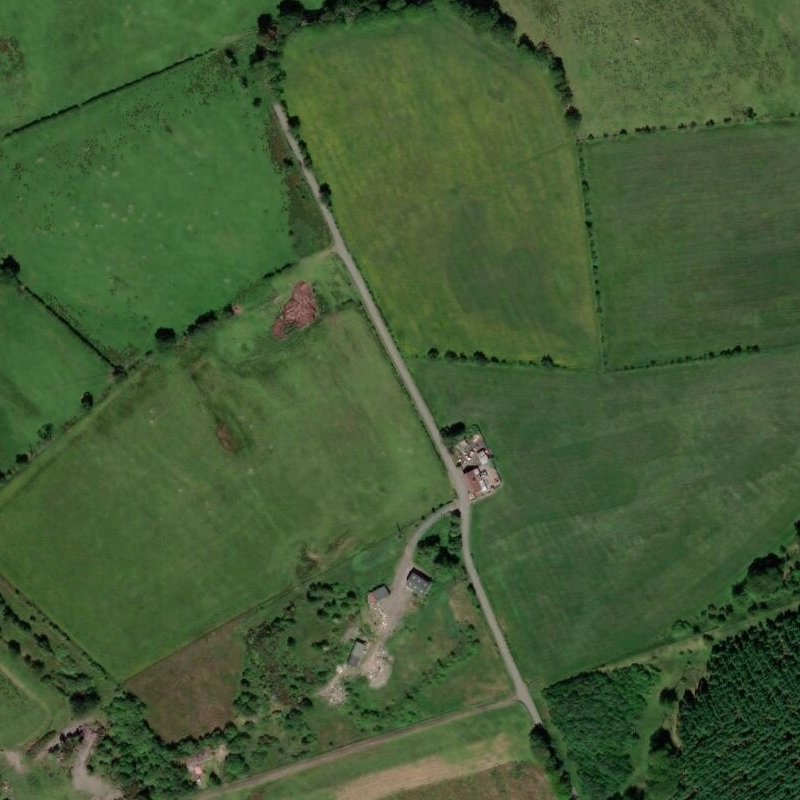 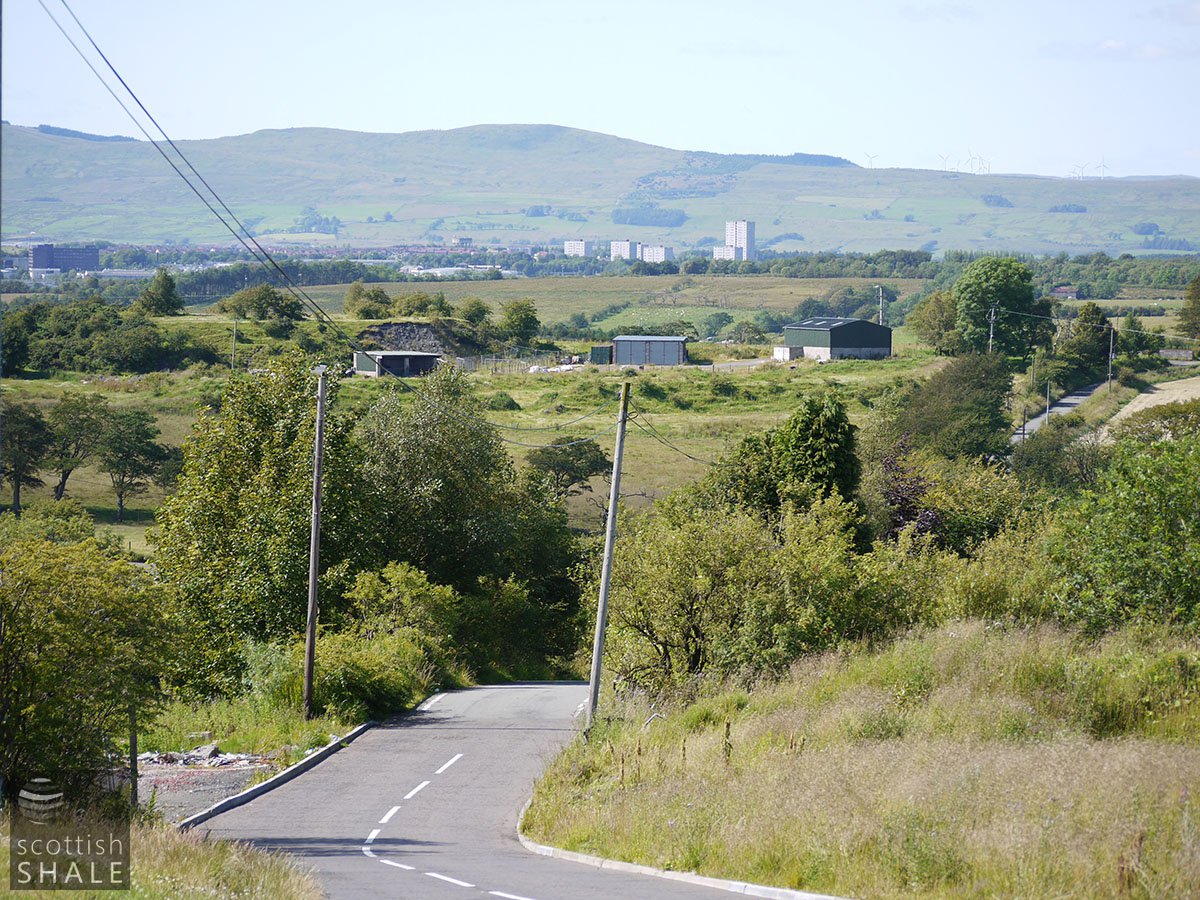 Telephoto view towards Loanhead bing with Cumbernauld and the Campsie Fells in the background. Looking north west. July 2011. 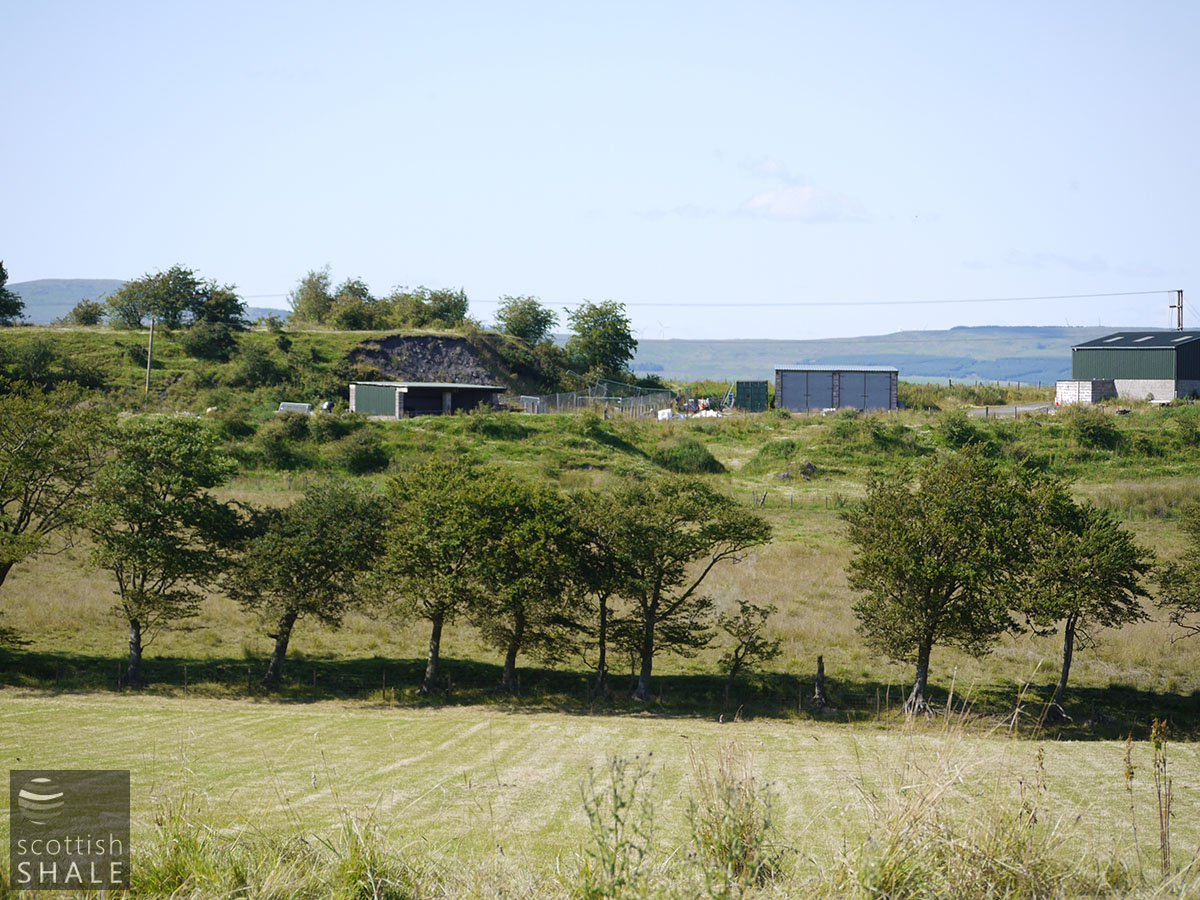 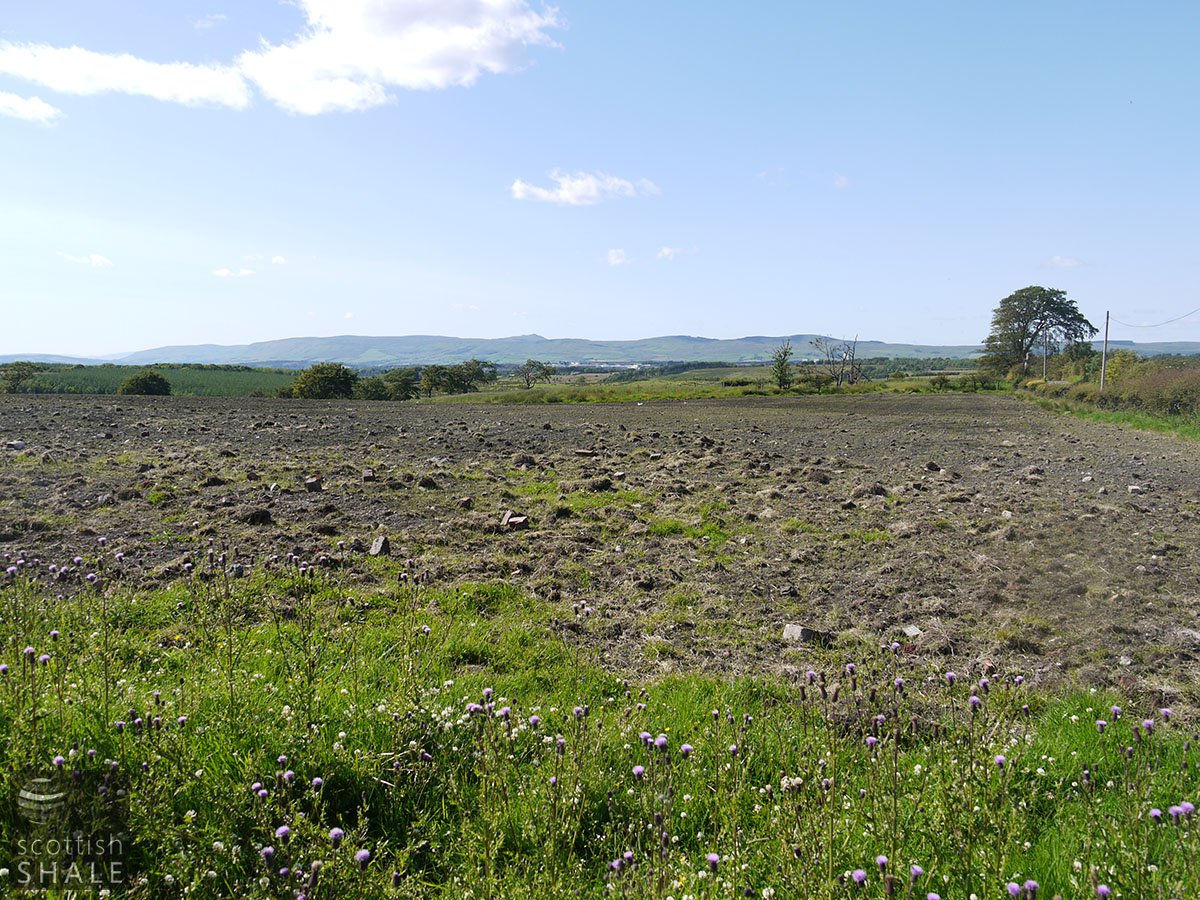 Building debris ploughed up on the site of Loanhead Rows. Looking north. July 2011. 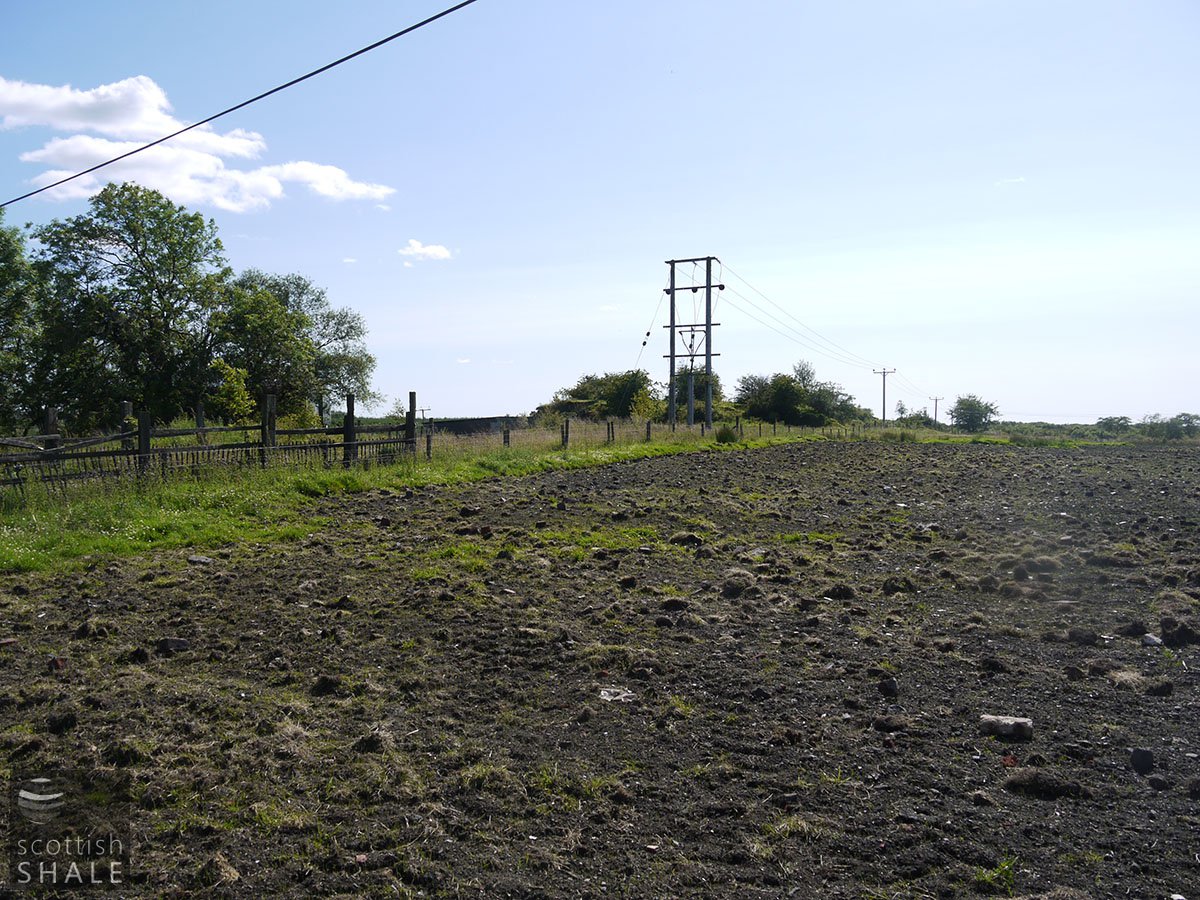 Important decision under the master and servants act. At this court, held yesterday, before Sheriff David Mitchell, J & E Robinson, Oil Manufacturers, Glentore Oil Works, sued David M'Auslane, labourer, for the sum of £5 in name of damages sustained by them in consequence of the desertion of service by the defender. Mr James Watt, solicitor, appeared for the pursuers. From the evidence it appeared that the defender had on the 21st of August last deserted the pursuers' service without giving any warning; and that the rules of the work – to which he had signed his mark – expressly stipulated that a fortnight's warning should be given and received before any workman left or was dismissed. It also proved that considerable loss had been sustained by pursuers in consequence of M'Auslane leaving his work. The Sheriff decerned for 10s 6d of damages, and 25s of expenses, -William M' Auslane, for a similar desertion of service from the same employers, was sentenced to pay 21s of damages and 25s of expenses.

Yesterday week the steam boiler at Loanhead Oilworks, Drumgray, exploded, scattering bricks and debris all around, and inflicting much damage, the boiler being thrown considerable distance. Mr John Aitken, manager, and John Bulloch, labourer, were injured by being struck by the flying bricks on the head and legs.