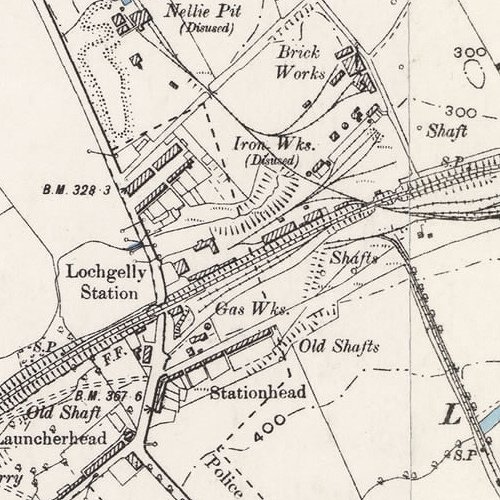 Redwood noted that the works operated from 1864 to 1869. Seemingly a small-scale operation (employing six men and two boys), closely associated with the Lochgelly Iron Works.

Mapped by the Ordnance Survey of c.1860, with disused site of the Lochgelly ironworks marked. 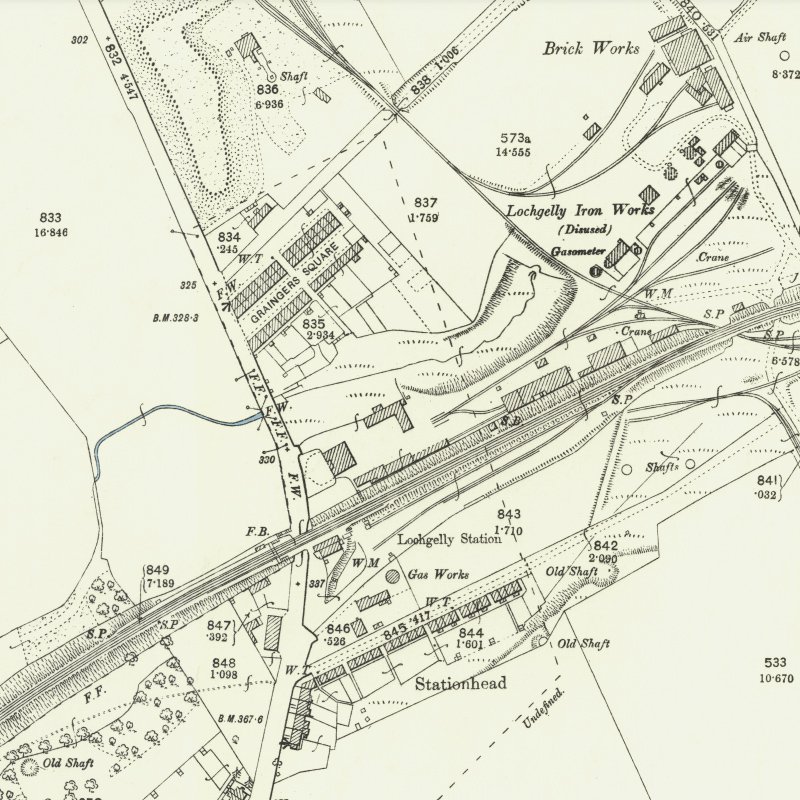 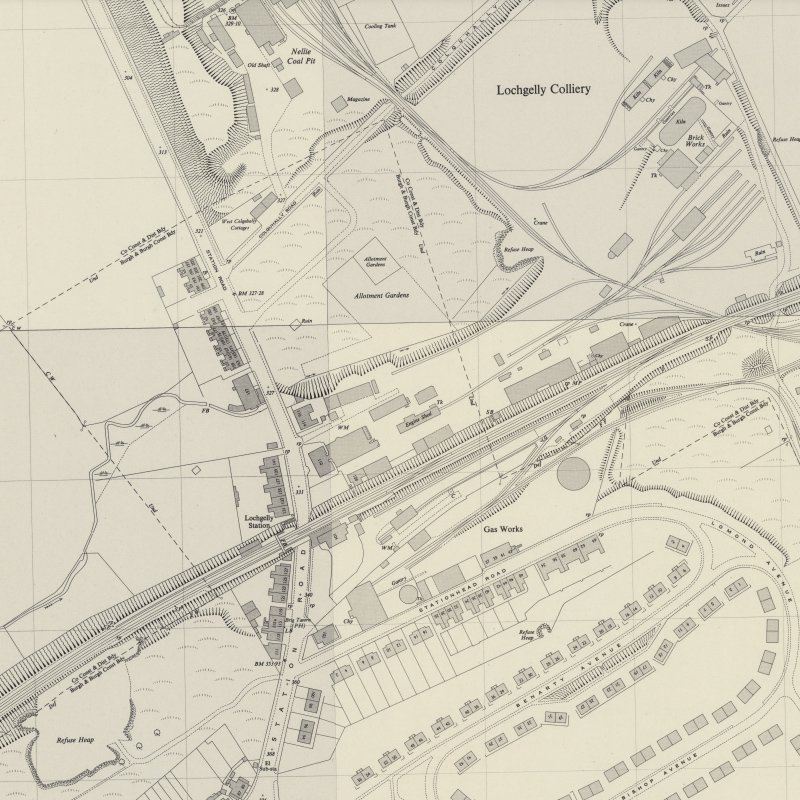 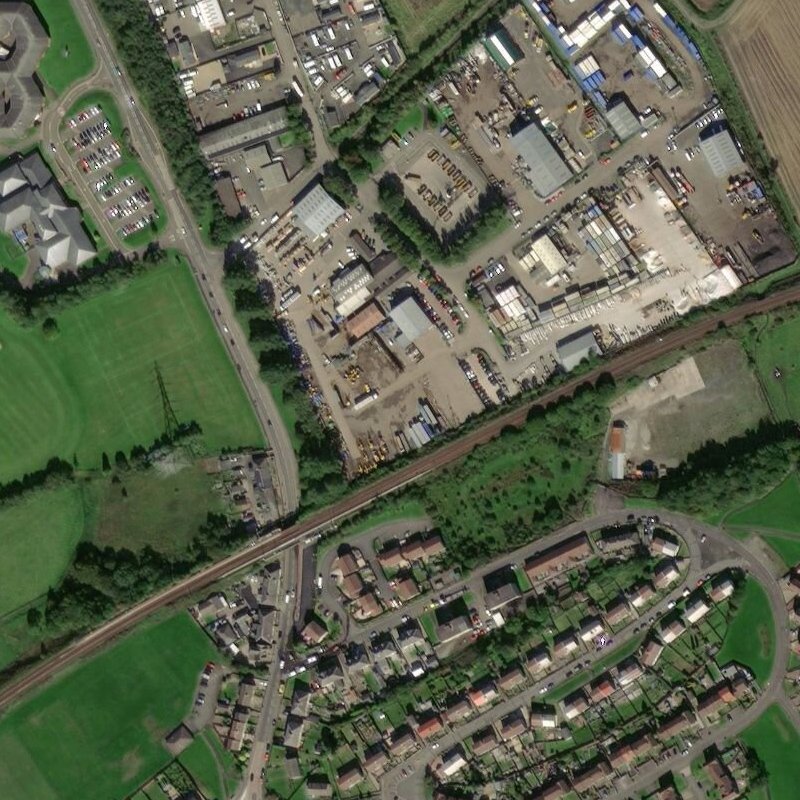 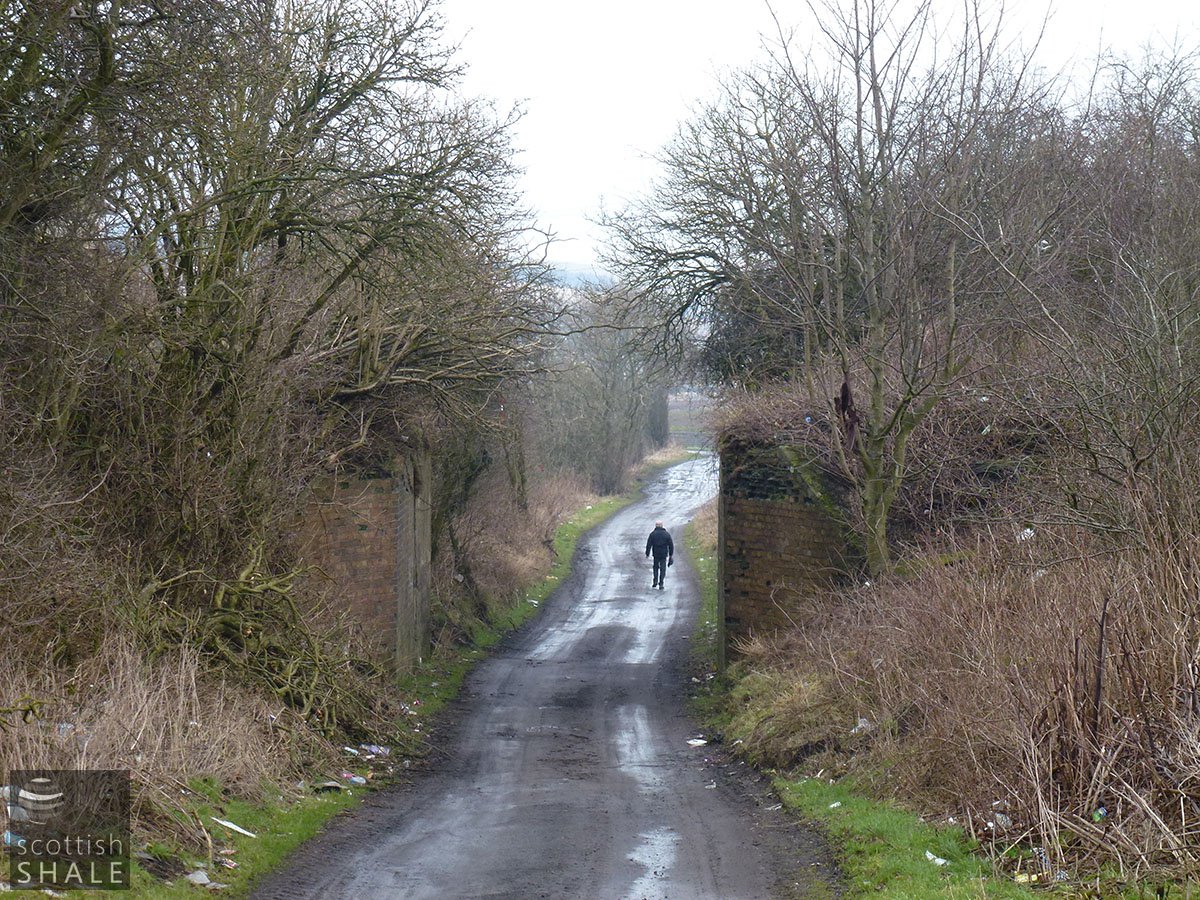 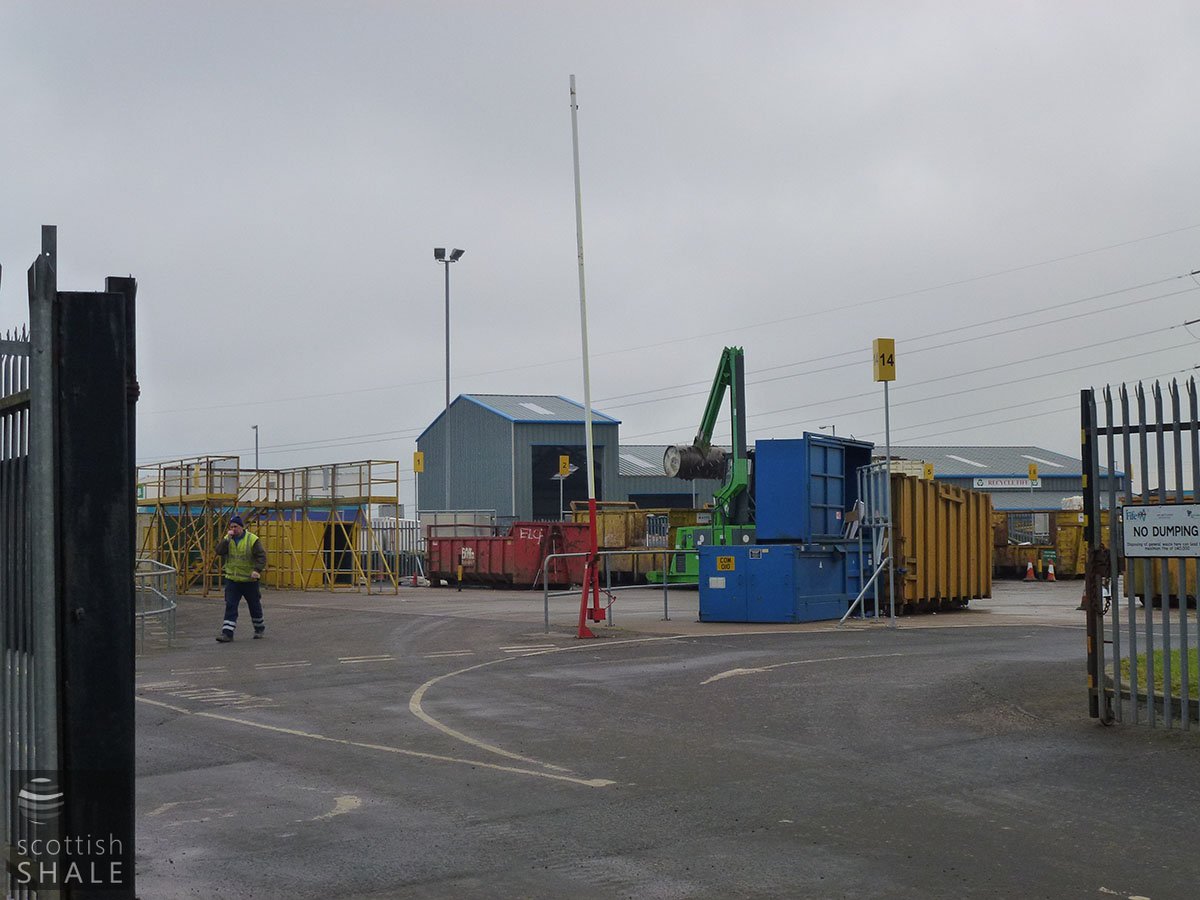 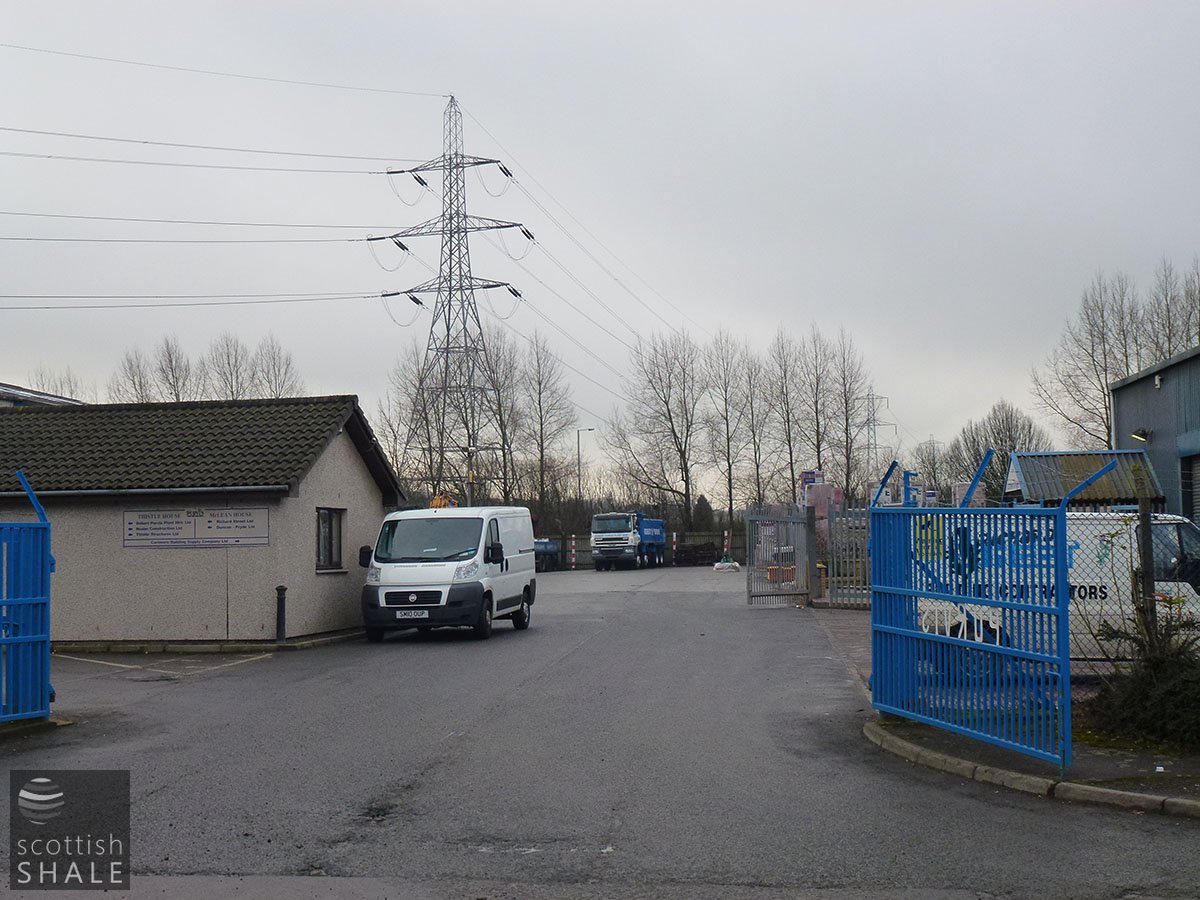 Two seams of parrot coal are wrought – one being from two to two and a half feet thick, and the other from twelve to fourteen inches, but of very superior quality. Below the latter seam, in which a third mine is being driven, there is (about fourteen feet down) a seam of iron stone from four and a half to five feet thick. The daily output is 40 tons of gas coal, and 14 tons of ironstone. 17 labourers and above 100 miners are employed, and their wages per day average from 5s to 6s 6d. Crude oil is also manufactured at Lochore. The want of dwelling house accommodation has long been felt here, but this is being remedied by the erection of 13 new houses, in addition to 13 already built. Messrs Synington have also a lease of 16 houses on the estate of Glencraig, and several other houses in the neighbourhood, which are occupied by their workmen. The coal is conveyed by a tramway to Kelty Station; but a movement is presently afoot for the purpose of extension the West of Fife Mineral Railway, which at present terminates there, eastward to Lochore, Crosshill, and Milton collieries. Should such an extension – which is a much felt desideratum – be carried out, it will not only add materially to the mining traffic of the county, but will have the effect of developing an important portion of the Fifeshire coal field, thereby enabling the coal owners (whose energies much, to a certain extent, be cramped by the present system of conveyance) to extend their operations and employ a greater number of workmen. Crosshill coalwork was commenced in 1865, and there are 15 miners employed, who produce, from a seam of parrot, about 18 tons of coal daily.

As we have stated in our previous paper on this subject, there are four furnaces, built of the best fire-brick, in connection with the Lochgelly ironstone pits, but only two of them are at present in blast, 82 men are employed, and there are two blast engines of 80 and 90 horse-power, the quantity of pig iron cast daily being from 36 to 42 tons. For the past three years a locomotive has been engaged for the speedy conveyance of the iron ore and pig iron. An oil work has been established here since 1865, and six men and two boys find employment in the manufacture of crude oil. There are also a brickwork (with an engine of 8 horse-power), and a saw-mill adjoining the iron works.