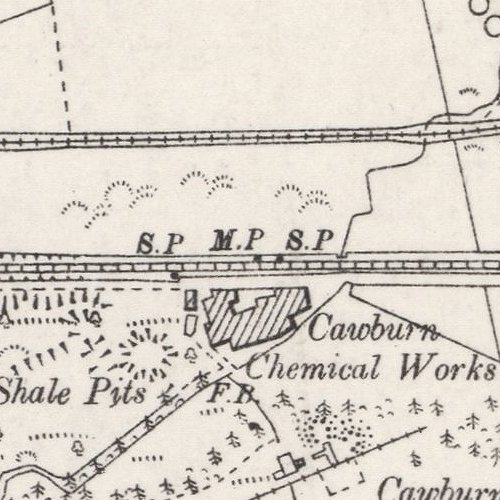 Redwood lists the oil works as "Broxburn - Roman Camps", and notes that it was operated by M'Lintock between 1861 and 1868, with 12 horizontal retorts; about 1865 became Fraser's property, and then consisted of 75 horizontal retorts and small refinery.

The location of Cawburn Shale Oil Works is uncertain, Newspaper accounts (see snippets, below) note that minerals lay to the north of the Edinburgh - Bathgate railway, however most shales outcropped south of the railway. Mention of a railway siding is also confusing; the only siding in the vicinity shown on OS maps is that which served Roman Camp Shale Oil Works. The Cawburn Chemical Works shown on the 1895 OS is the bone meal works of William Rough & Co. See story - "The Bone Crushers of Broxburn" 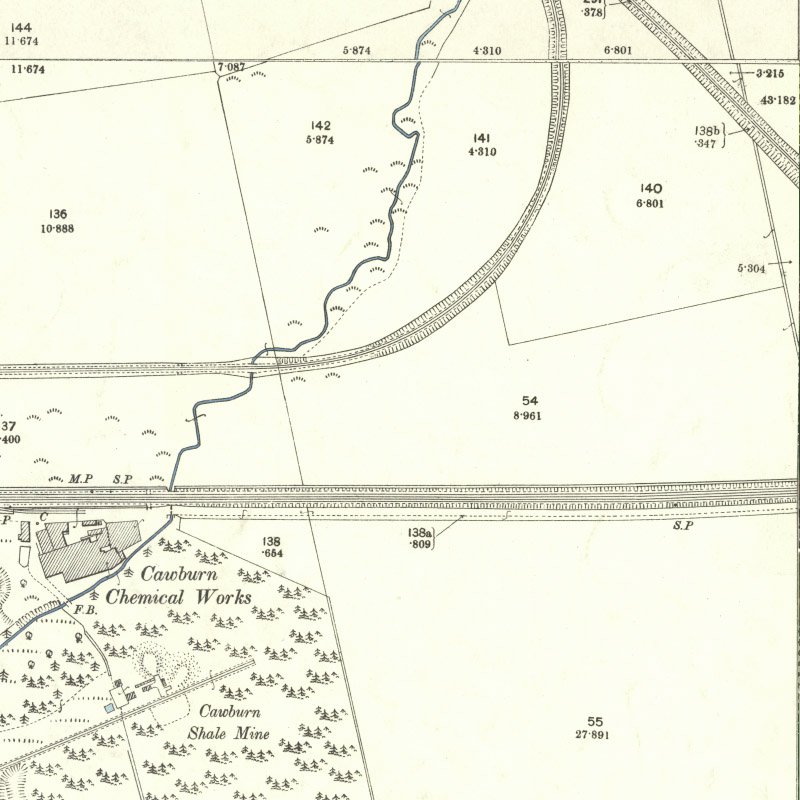 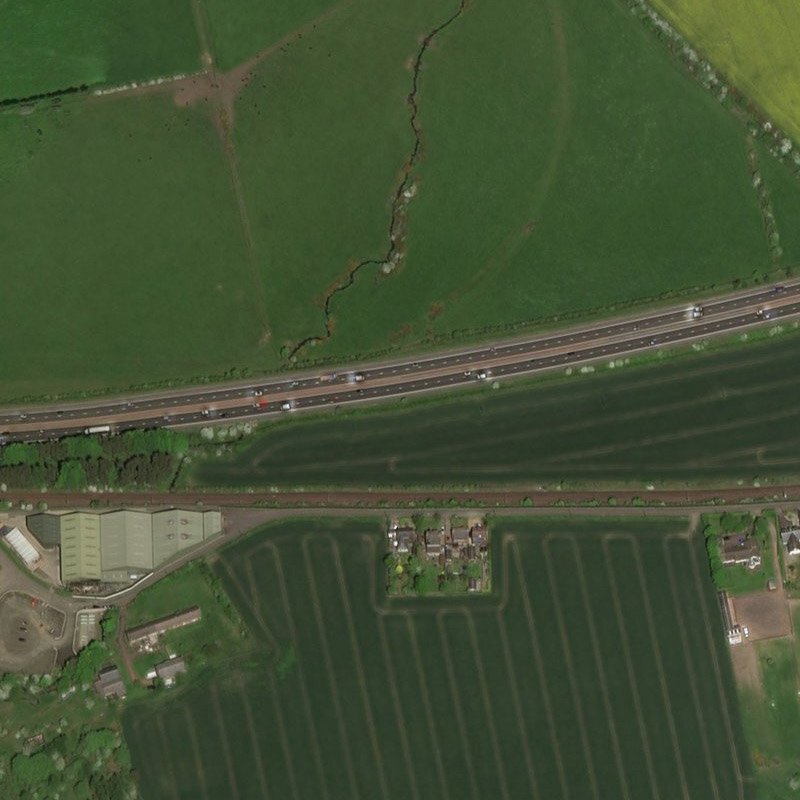 SHALE OIL WORK, NEAR BROXBURN, TO BE SOLD.

The SHALE OIL WORK, situated at DRUMSHORELAND, on the Estate of the Earl of Buchan, recently erected by Messrs McLintock & Co, is to be SOLD by PRIVATE BARGAIN, with Immediate Entry. The Work is situated on the side of the Edinburgh and Bathgate Railway, within a few hundred yards of the Broxburn Station, and a special siding is carried into the Work. The work consists of Four Retorts, In full working order; Steam Engine and all necessary Apparatus. The Shale, of which a Lease my be had from the Landlord on favourable terms, is wrought within a few feet of the Work, and is believed to extend, in large quantity, and of superior quality, throughout the Area which would be Leased. The Work will be shown to intending Offerers by JOHN HOWIE, the Manager; and further information will be afforded by Messrs LINDSAY, JAMIESON & HALDANE, 24 St Andrew Square, Edinburgh; or Messrs W., J.B., and J. KIDSON, 50 West Regent Street Glasgow.

SHALE TO BE LET.

That PORTION of the SHALE FIELD on the property of the Earl of Buchan, formerly possessed by Messrs McLintock & Co., and known as the "CAWBURN FIELD", will be LET for such period, and on such terms, as may be agreed on. This Part of the Field is situated on the North Side of the Edinburgh and Bathgate Railway in the immediate vicinity of the Broxburn Station. Along with One Lot will be SOLD or LET the WORKS erected by the late Tenants, into which there is a siding from the Railway.

In 1862, also, Mr. McLintock erected 12 horizontal retorts at Roman Camp. These became the property of Mr. William Fraser of Broxburn in 1865, who increased their number to 75, and also erected a small refinery.

Primrose, "Strathbrock or The history and antiquities of the Parish of Uphall", 1898