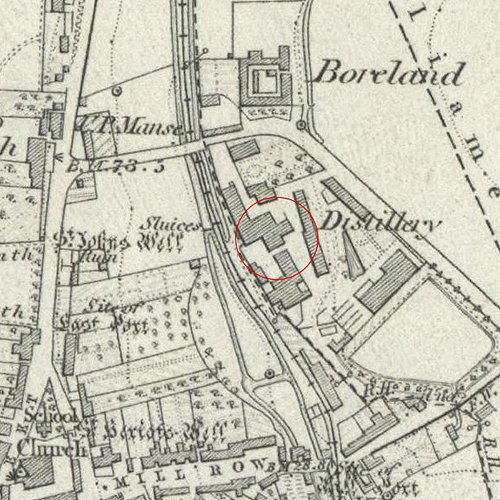 Redwood notes that Inverkeithan (sic) Oil Works operated between 1861 and 1869, under the management of Andrew Munro. It was a refinery only, supplied with crude oil from Harthill (Hartwoodhill? = Hillhouserigg) Oil Work and had twelve 1500-gallon stills made of malleable iron and double riveted concave bottom.

Newspaper accounts indicate that the works were located in Keith Place, close to the Inverkeithing Burn, most likely in the buildings of the former Inverkeithing distillery; thought to have closed c.1851.

Mapped by the Ordnance Survey of c.1856, indicating the general area of the works. 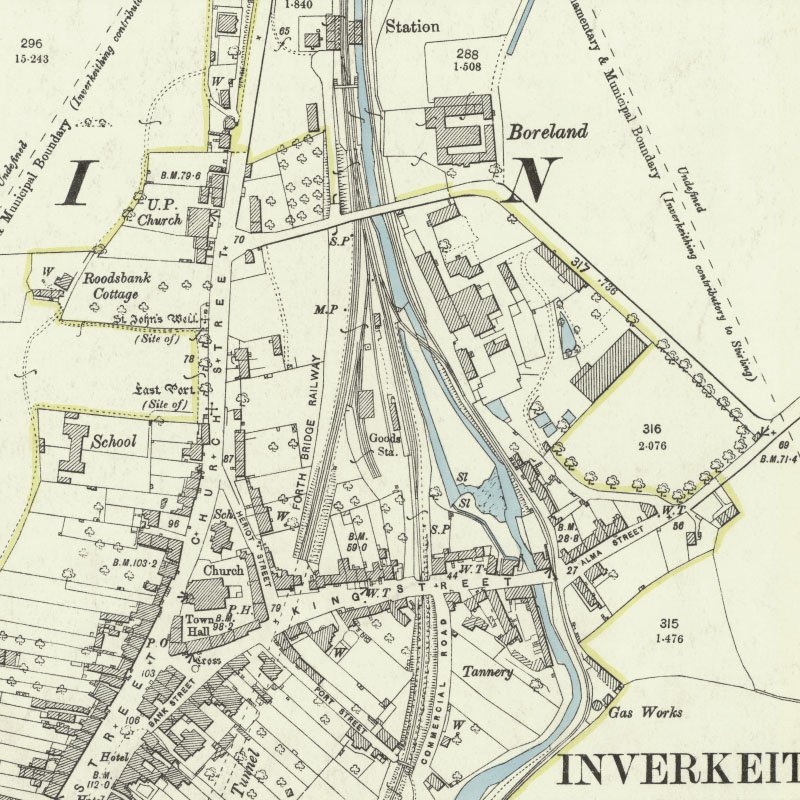 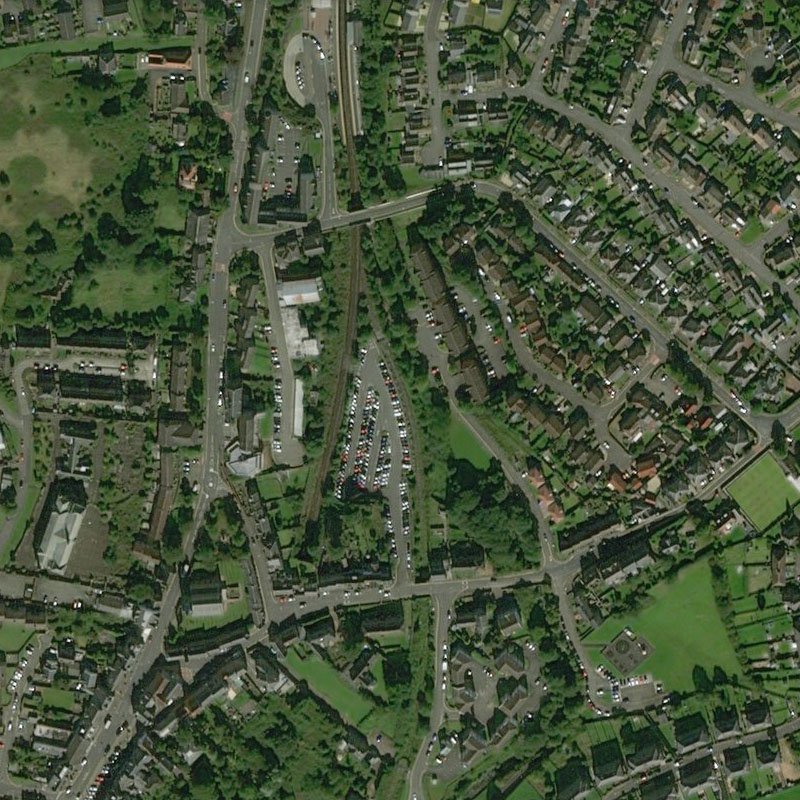 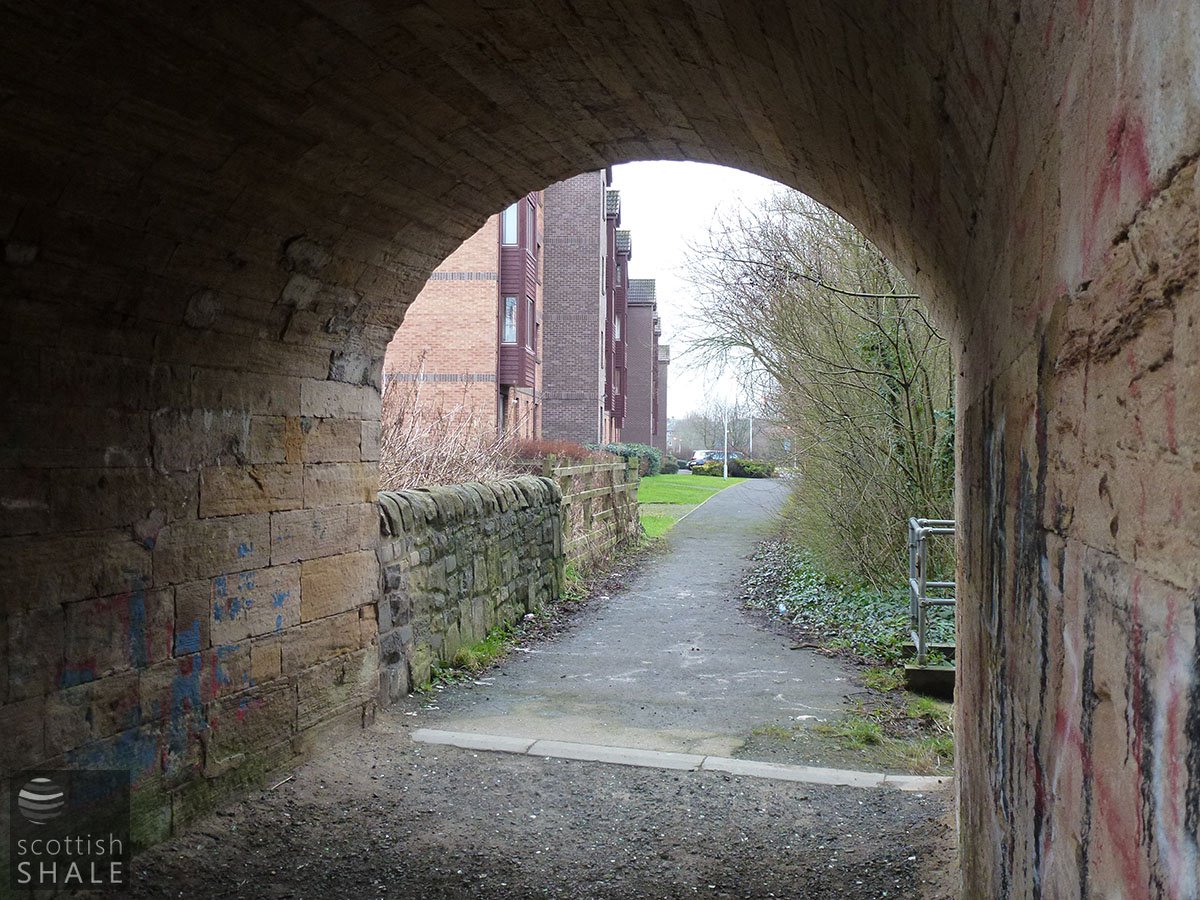 Modern flats ("The Granary") presumably built on the site of the refinery at Keith place, viewed from the route of the Inverkeithing waggonway. Looking south. February 2012. 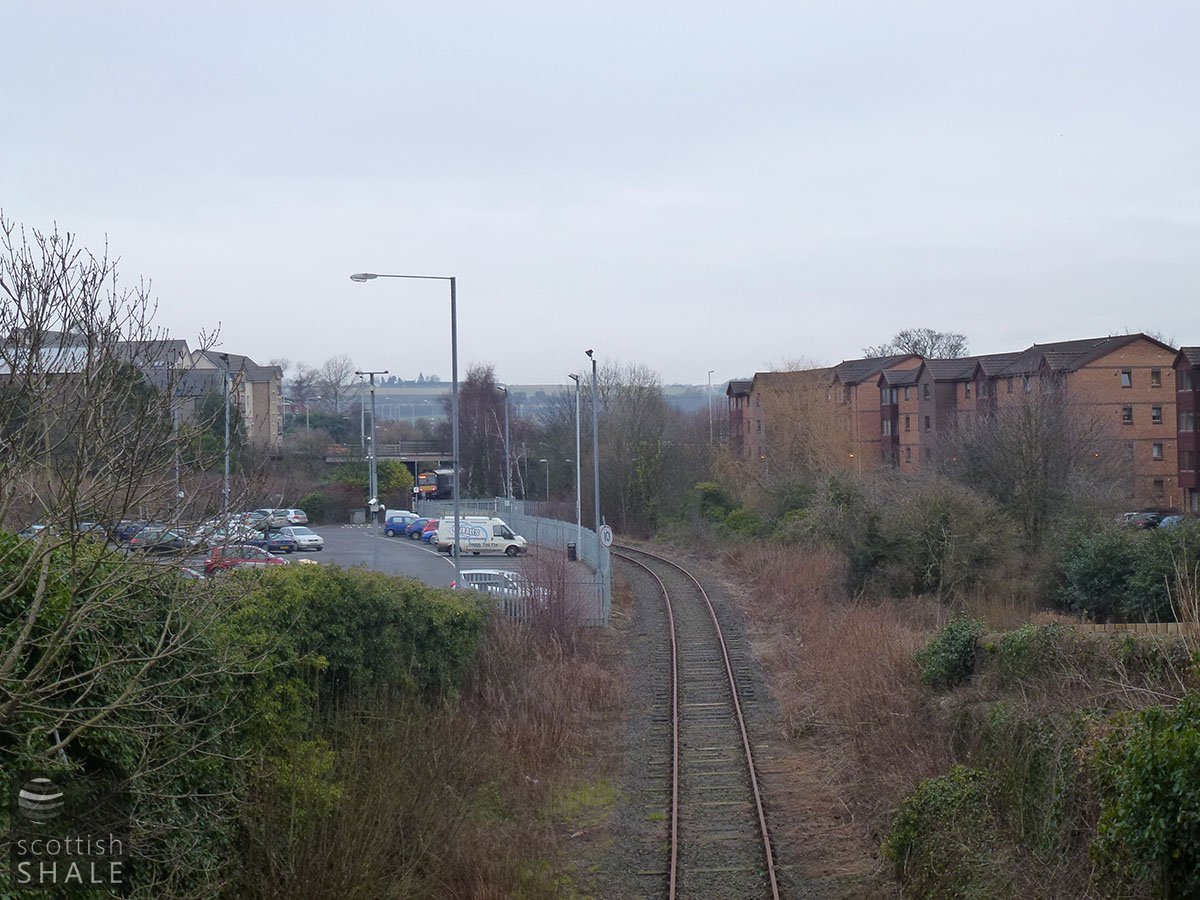 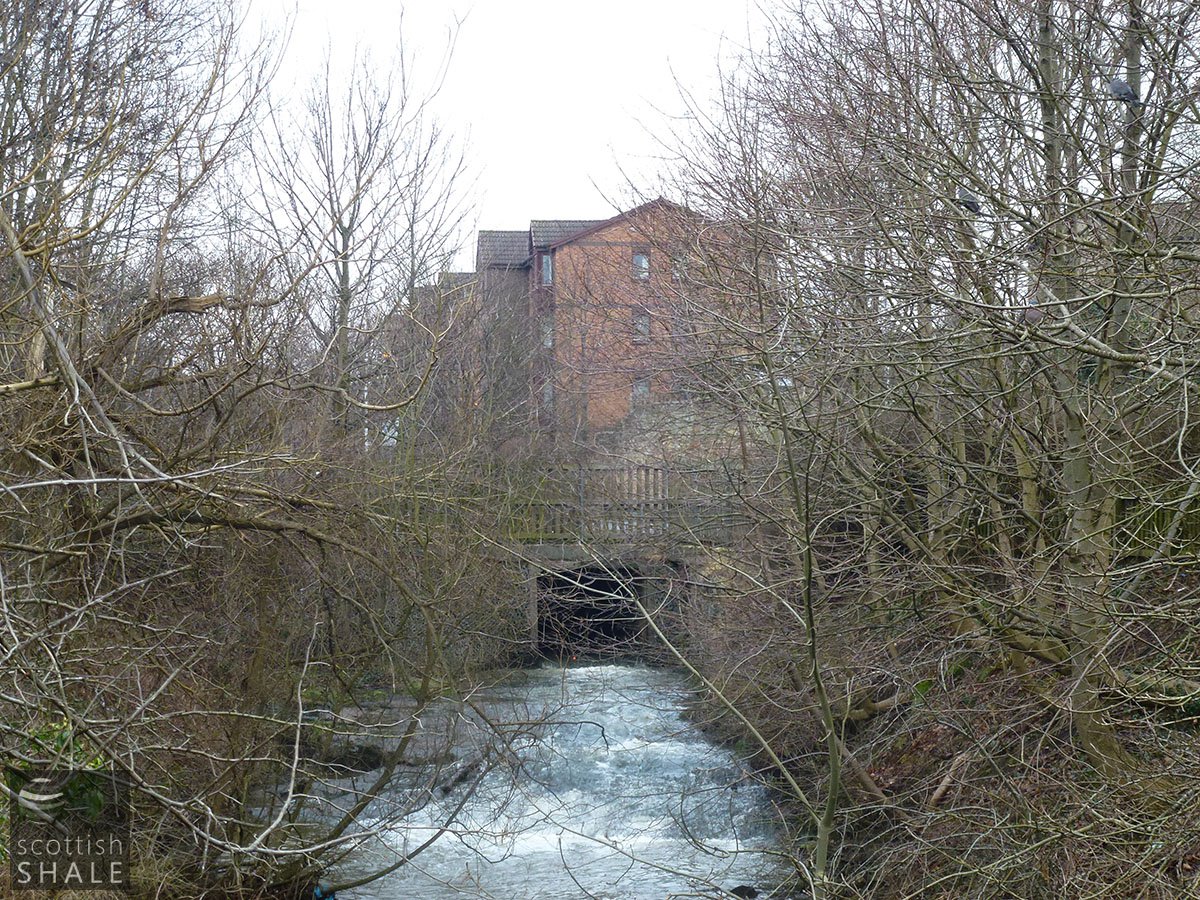 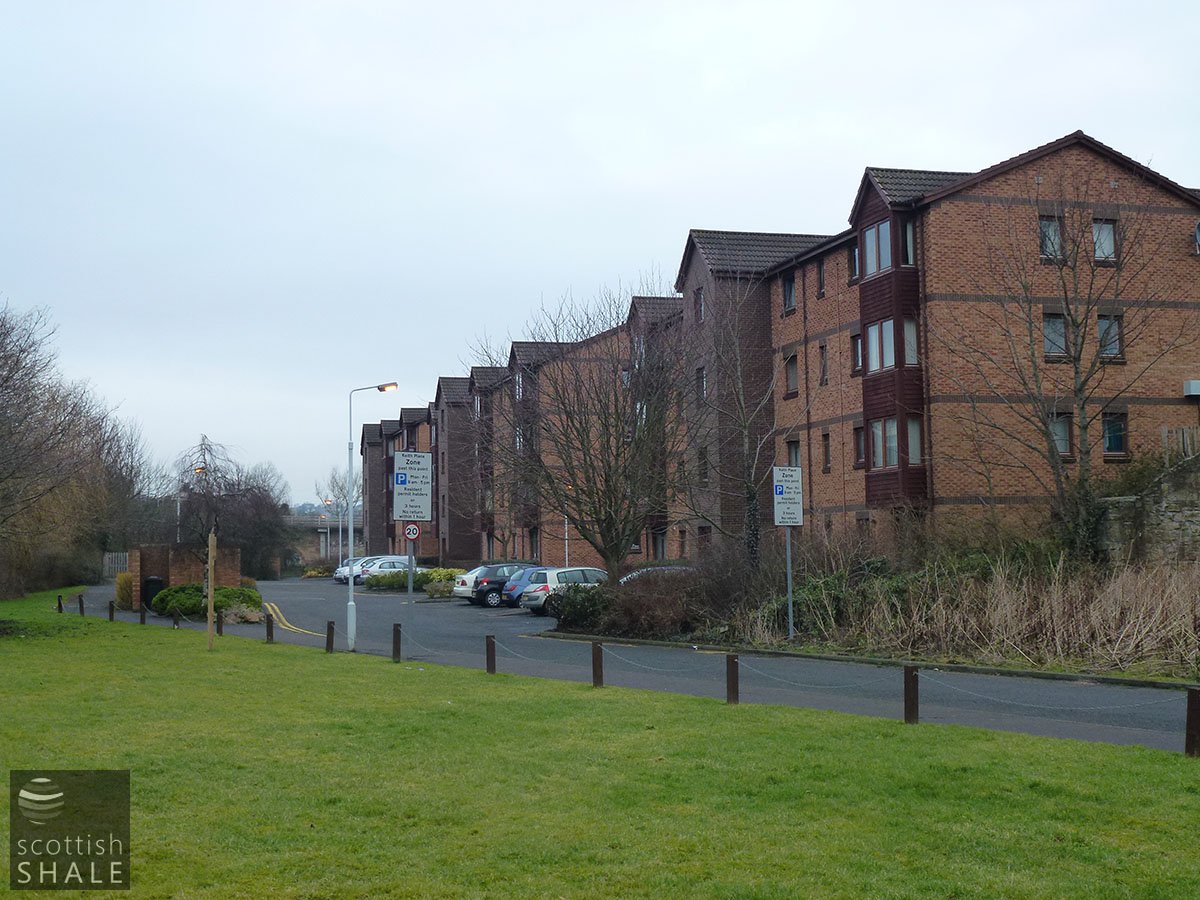 About ten o'clock on Monday forenoon, it was discovered that fire had broken out in the refinery of the oil-works at Inverkeithing, and in a few minutes the refinery and adjoining still-house were one mass of flame, which rose to a height of at least 150 feet. The alarm having spread, the public works were all stopped, ad the workmen sent to assist in putting out the fire. Mr Scott, of the Foundry, fortunately had a large fire-engine in order, which was quickly on the spot. All efforts to stop the fire in the houses which were in flames were useless; but those were successful which were directed to prevent the flames spreading to the other still-houses and the large warehouses, where several thousand barrels of refined oil were stored. The latter were more than once actually on fire; but the judicious use of the fire-engine, superintended by Mr Thomas Scott, arrested the progress of the flames. Fortunately, there were plenty of willing hands, and an abundant supply of water to apply to the burning roofs and timber; but on the oil water would have been worse than useless, and sand and earth were thrown in to keep down the burning liquid. After the fire was subdued in the houses, one large iron tank, containing upwards of 2000 gallons of refined oil, continued to belch forth flames, which defied all efforts to subdue them, so that the oil had to be left to burn itself out. Mr Munro's principal still-house, and all his storehouses, were fortunately saved. The works will very soon again be in operation. The loss will be several thousand pounds, but we believe this will be fully covered by insurance. So great was the alarm at one time that the people in the neighbouring houses turned out their furniture, and at Boreland farm all the stock was removed.

To be SOLD by Private Bargain, the Whole OIL-REFINING PLANT belong to the sequestered Estate of the Inverkeithing Oil Works &c., consisting of Ten Stills, Hydraulic and Screw Presses, Tanks, Boilers, Agitators, Blowers, Stills, &c. &c. For particulars apply to Messrs. HILL, REID, & DRUMMOND, W.S., Edinburgh; WILLIAM FRASER, Town-Clerk, Inverkeithing; or Mr. BARCLAY, Banker Dunfermline, the Trustee, who will receive Offers up to the 29th July current. The Lease of the Works, which are extensive and advantageously situated, could be had on very favourable terms. Inverkeithing, 13th July 1869.

OIL-REFINERS – Oil for Sale – 85 casks Burning Oil, once refined; 22 casks Lubricating Oil, not refined; and 25 Casks, Oil with Paraffin, as it came from the stills. Apply Wm. Fraser, Town-Clerk, Inverkeithing.