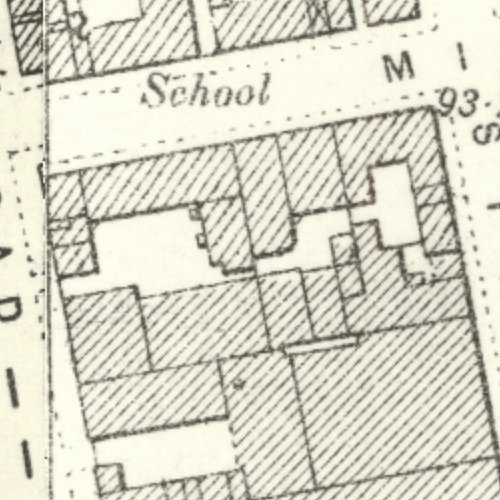 No "Hutchinson" is listed in Glasgow Post Office directories of the period, but the following entries are found for variations in the spelling of this surname:

It seems possible that paraffin was refined for a short period at this site in the Port Dundas area of Glasgow. Alternatively Redwood may been refering to similarly short-lived works in Anderston.

A further option is that Redwood was referring to Broxburn (Greendykes) Paraffin Works & Refinery, operated by a Thomas Hutchinson. It is not known whether there was a family link between these various oil businesses.

Mapped by the Ordnance Survey of c.1896, showing the location of the works which spanned the northern part of the block. 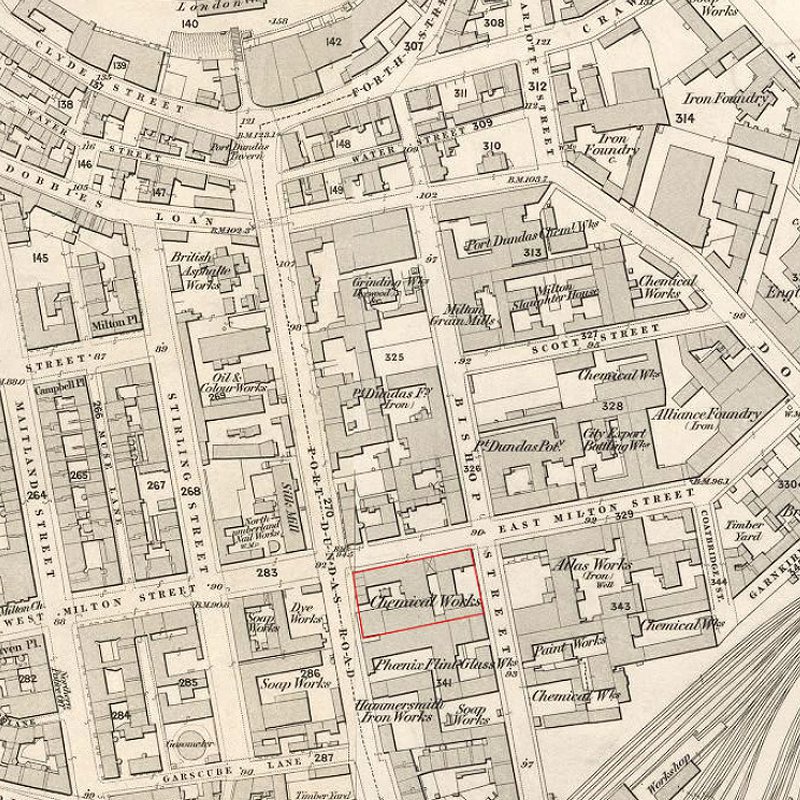 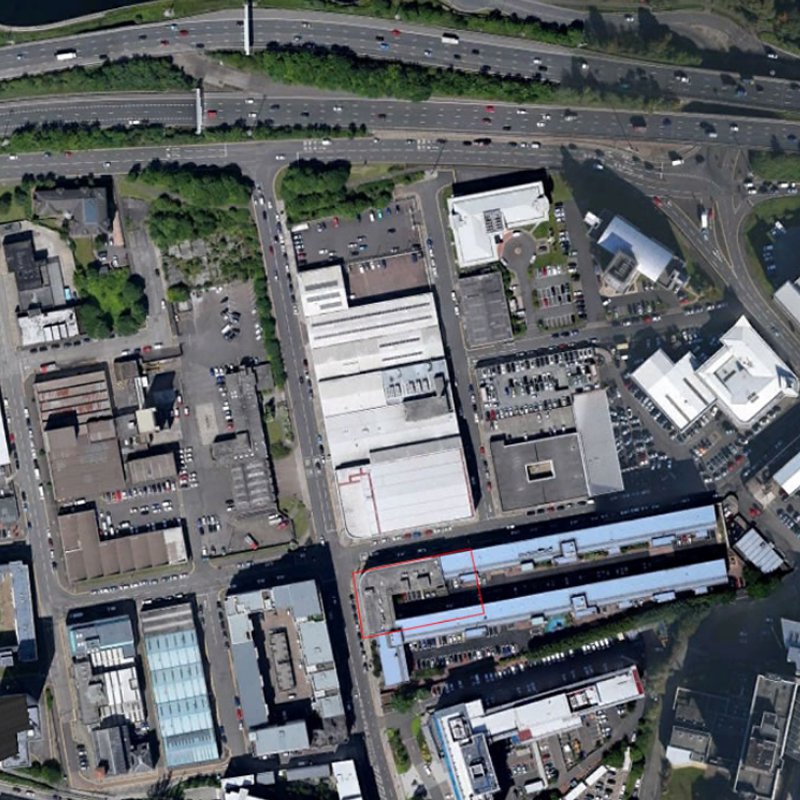 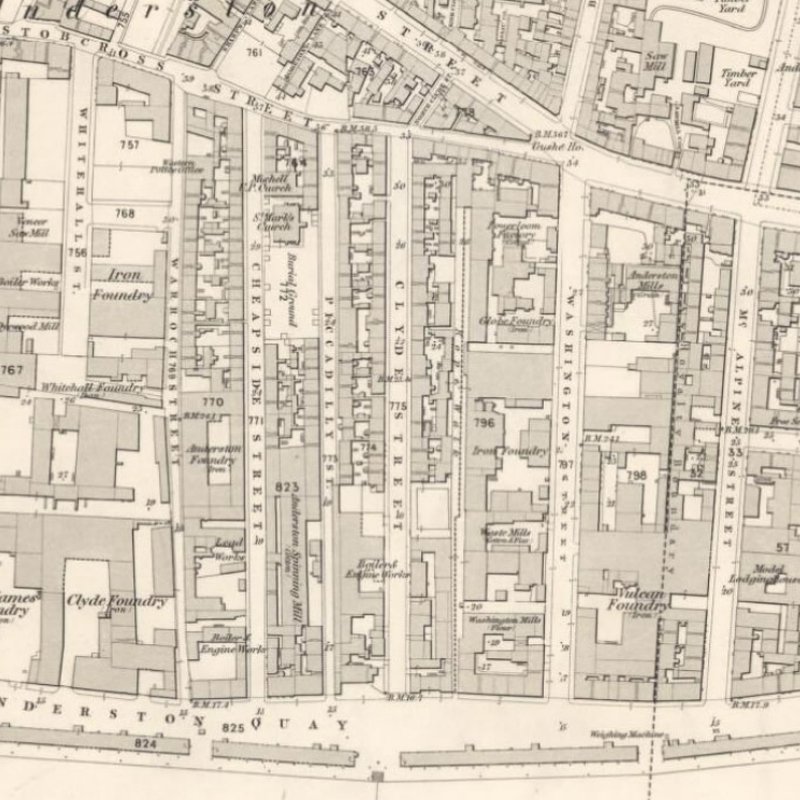 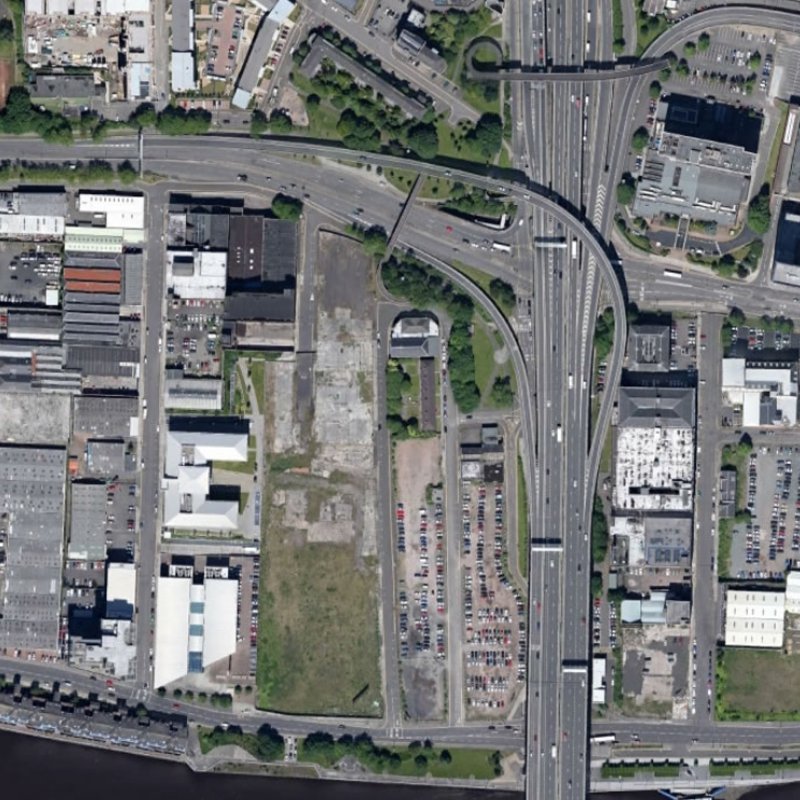 THE Estates of GEORGE HUTCHISON & COMPANY, Manufacturers of Hyper Sperm Oil, and Merchants, Port-Dundas, Glasgow, and John Hutchison, Manufacturer of Hyper Sperm Oil, and Merchant, Port Dundas, Glasgow, and residing in Glasgow, the only Partner of said Firm, and as an Individual, Were sequestrated on the 17th day of February 1862, by the Sheriff of Lanarkshire.

ANDREW CARRICK ROBERTSON, Accountant in Glasgow, Trustee on the sequestrated estate of HUTCHISON & COMPANY, Oil Merchants and Manufacturers in Glasgow, and of Robert Hutchison, Oil Merchant and Manufacturer there, only Partner of that Company, as such Partner, and as an Individual, hereby call a general meeting of the Creditors on the said sequestrated estate to be held within the Office of the Trustee, 80,Buchanan Street, Glasgow, on Wednesday the 20th day of September, at 12 o'clock noon, to take into consideration an offer of composition to be made by the said Robert Hutchison. ANDREW CARRICK ROBERTSON, 80, Buchanan Street, Trustee. Glasgow, September 6, 1865.