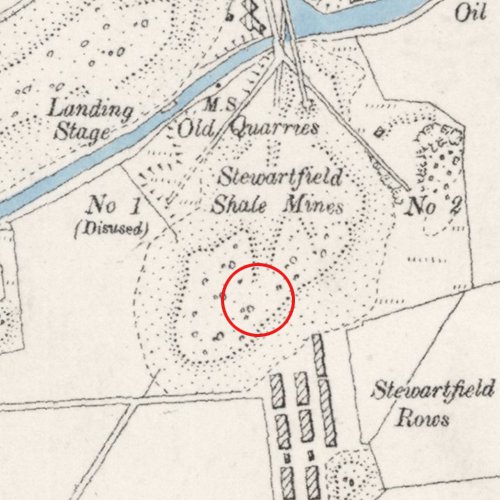 For more information on the complicated history of Broxburn's early oil works, see this overview

Seemingly one of the larger crude oil works in Broxburn operated by Robert Bell, thought to have been located close to Stewartfield No.1 pit.

Redwood notes that the Stewartfield Oil Works, owned by Robert Bell, operated between 1863 and 1871 and was equipped with 100 horizontal retorts. Valuation rolls record a rateable value of only £35, suggesting a much smaller scale operation.

The precise location of the works is not known, but it seems likely to have been in the vicinity of Stewartfield No.1 pit. The works seem to have been separate from the Stewartfield oil works operated by James Steele. 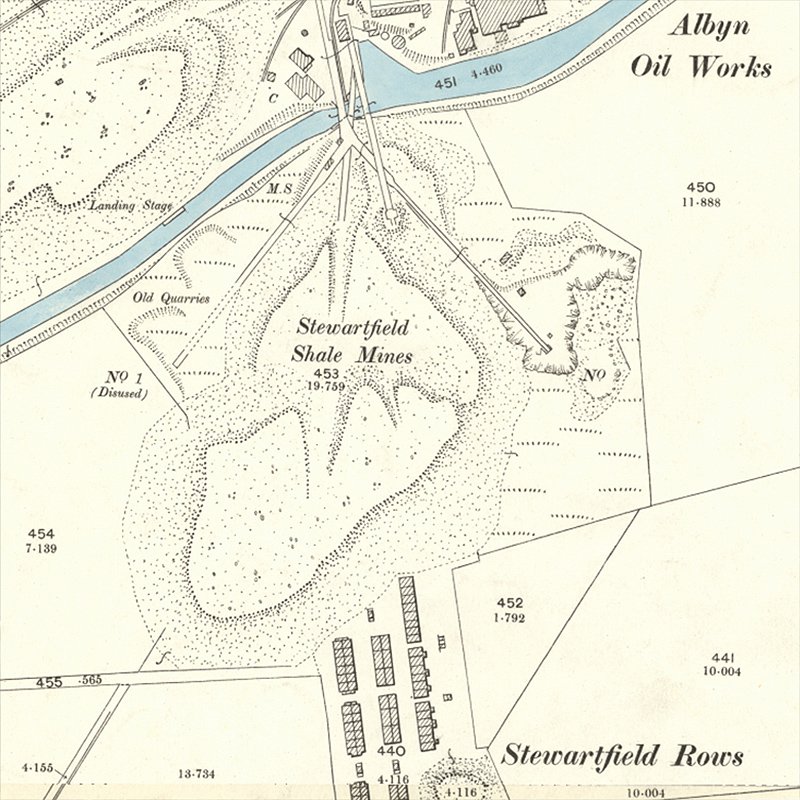 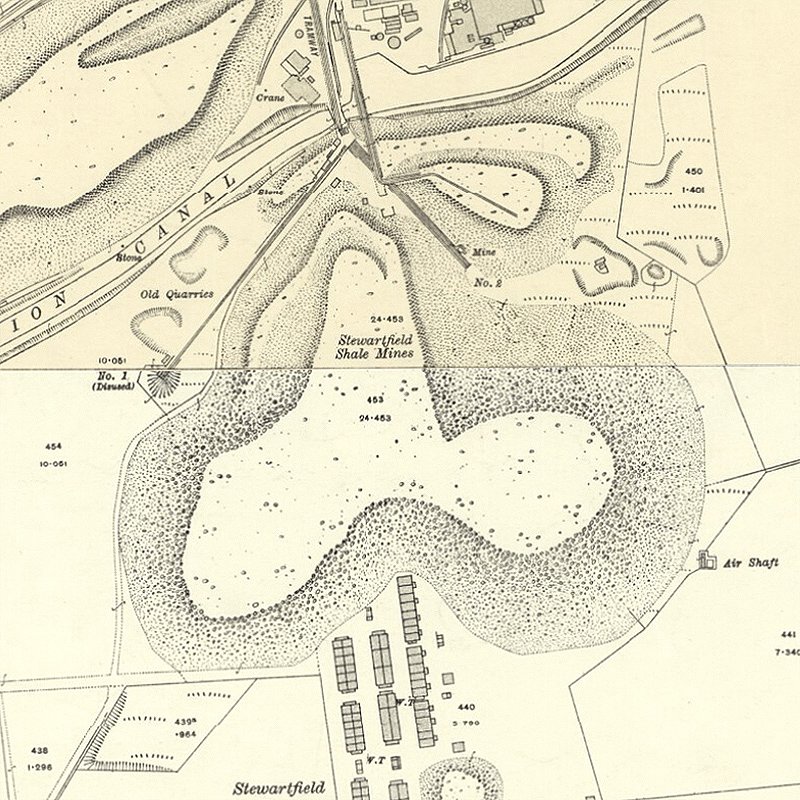 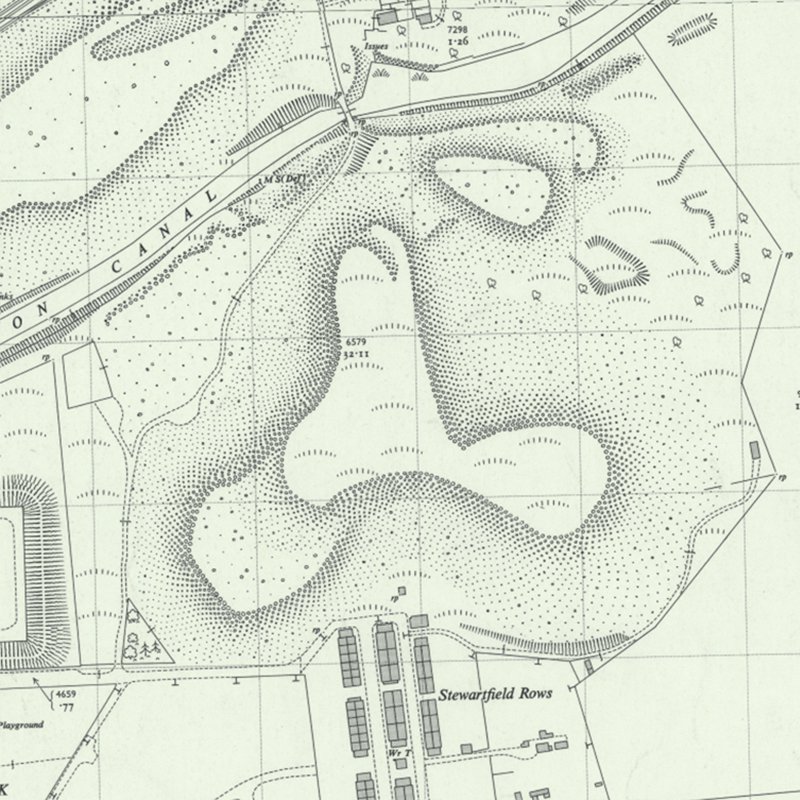 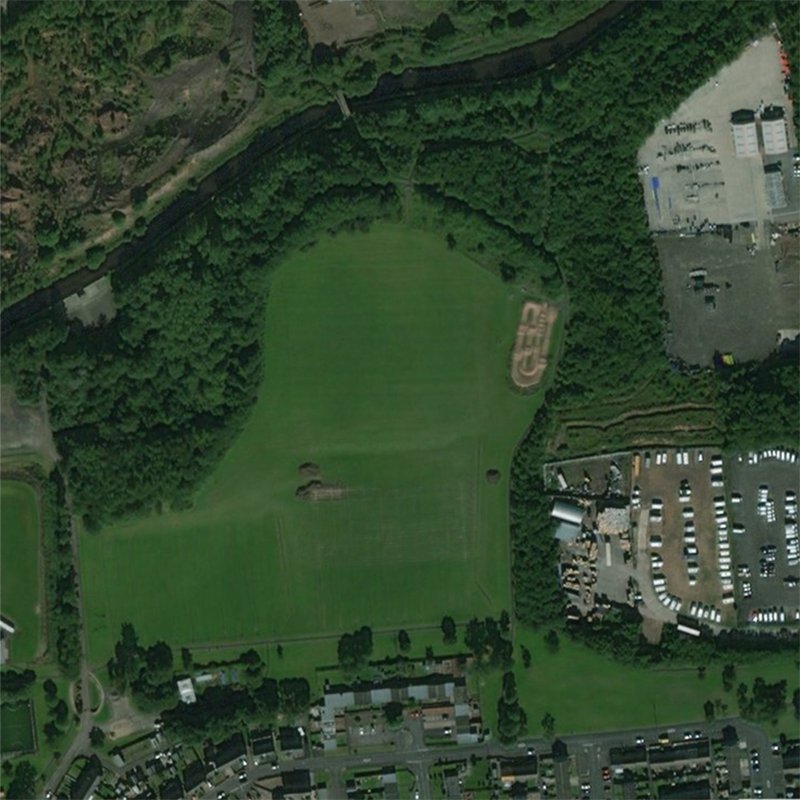