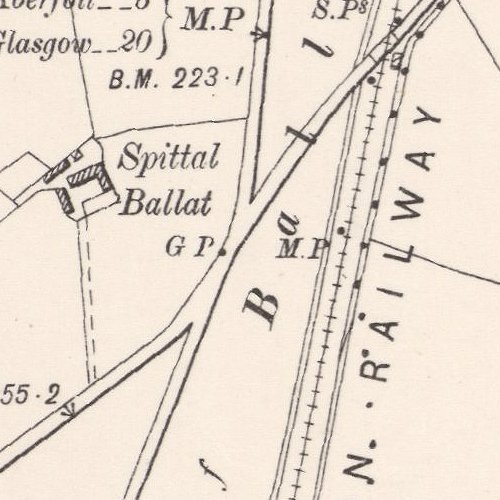 A short-lived oil refinery in a remote rural part of Stirlingshire built following public outcry at the smells and fumes produced by George Shand's main oil refinery in Stirling.

An 1866 newspaper description of George Shand's Forth Bank Oil Works in Stirling explains:

"First, then, be it known that some time ago the oil refinery at Stirling was the cause of much public dissatisfaction to the lieges of that ancient and royal burgh, being regarded many of them as a nuisance. A cargo of Canadian petroleum had been purchased at an unlucky moment, and true to say, its distillation was not attended with the escape into the atmosphere of the most delicate and sweet-scented perfumes. The murmuring became so loud and prolonged that Mr Shand determined to remove the cause of complaint, and sought out and secured ground to the extent of five acres at Balfron, near the Forth and Clyde Railway. The required buildings were duly erected, and operations commenced. The Balfron works are still continued, and are going through some 800 barrels of crude oil per week. Possession of the ground at Balfron was not peaceably taken either. Several interdicts were threatened, but we believe that none of them have ever yet taken effect." See full article

The sale notice in The Scotsman and other newspaper references, suggest that this site refined both shale oils and imported petroleum.

The works were described in the sale notice as being bounded to the north by the turnpike road to Dumbarton and to the south by the Forth and Clyde Junction railway. This appears to narrow down the location to the small area marked on the map below, however no OS map shows any trace of the works and the railway siding that served it.

Mapped by the Ordnance Survey of c.1899, showing a possible location of the works in the centre of the map. 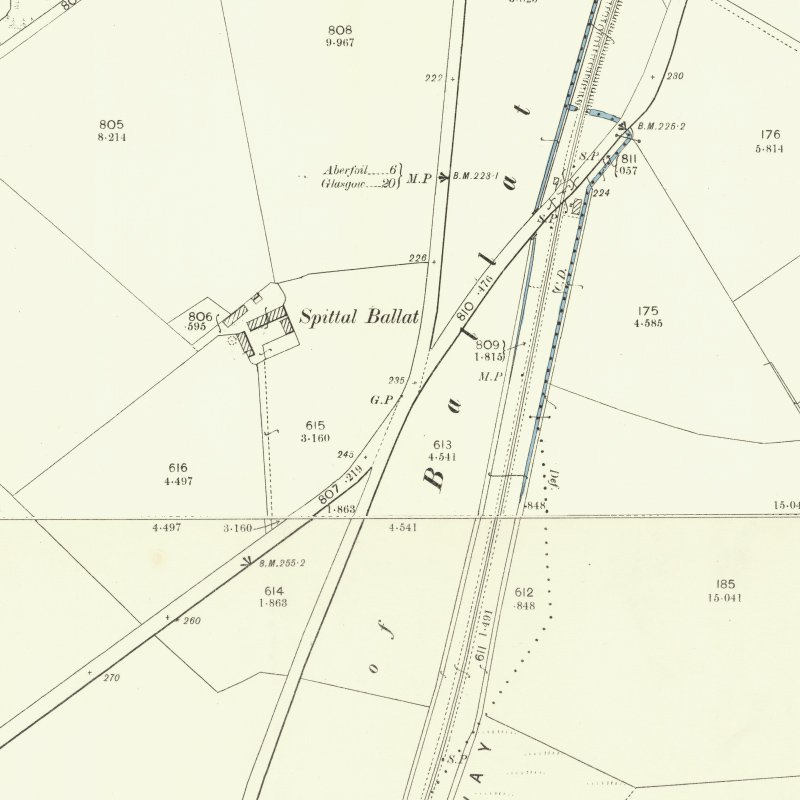 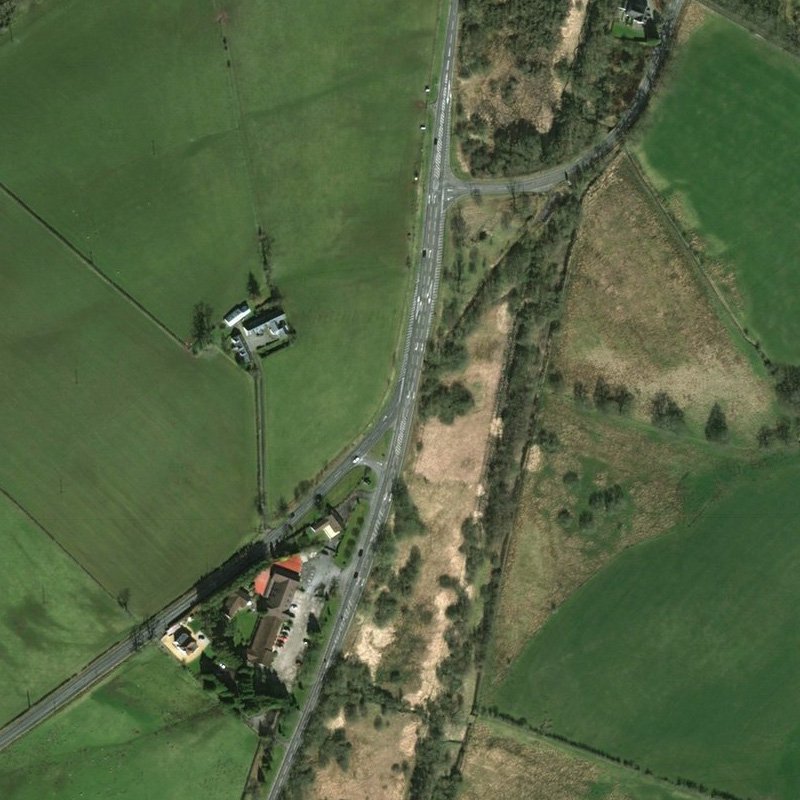 View from turnpike road towards course of the Forth and Clyde Junction railway, with the Campsie Fells beyond. Looking south. May 2011. 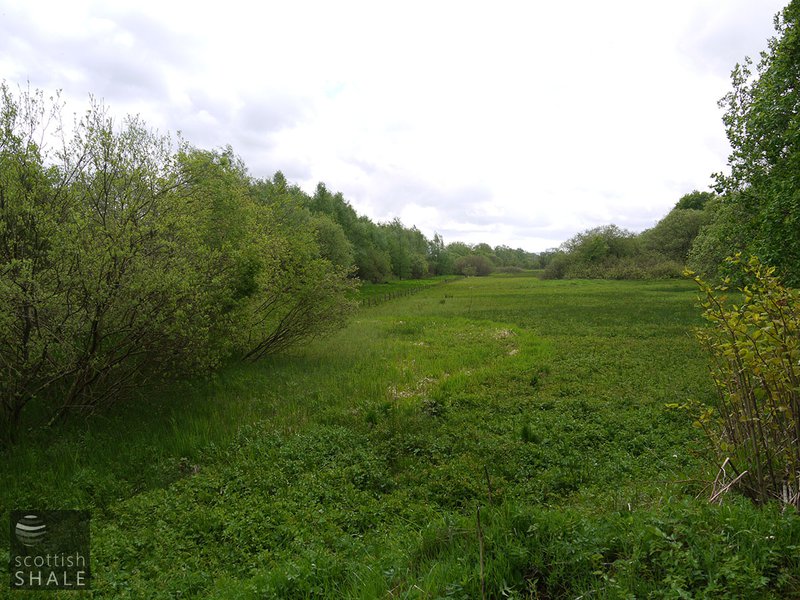 Presumed site of works, between railway and road. Looking south. May 2011. 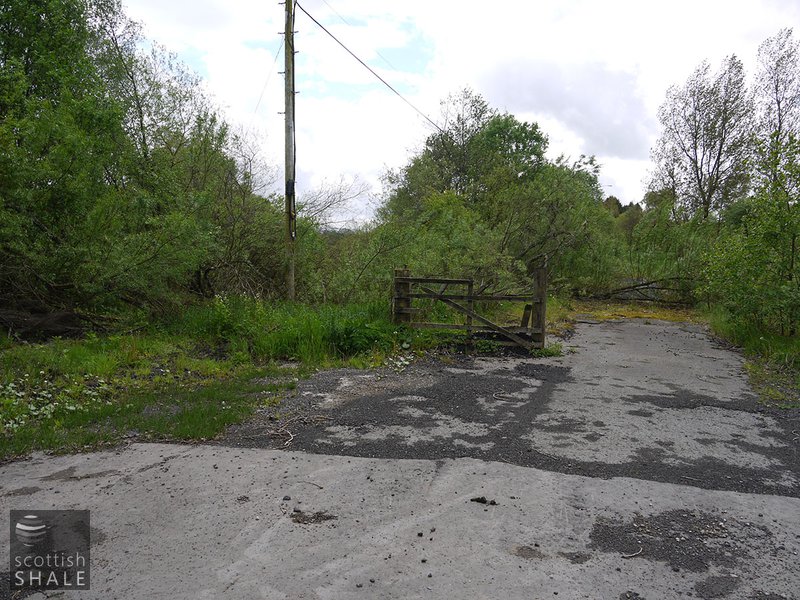 View towards site of level crossing. Looking south. May 2011.

To be SOLD by Public Roup, within the Facility Hall, St George's Place, Glasgow, upon Wednesday the 28th day of October 1868, at Two o'clock afternoon. THOSE CHEMICAL WORKS at BALLAT, near Balfron, in the County of Stirling; sometimes occupied by George Shand & Company, Manufacturing Chemists, Stirling. The Ground extends to about 5 acres. 2 of which are in pasture, and is bounded on the North by the Turnpike Road to Dumbarton, and on the South by the Forth and Clyde Junction Railway, from which there is a siding into the Works, giving direct communication with all parts of the Kingdom. The works have hitherto been carried on as a Refinery for Petroleum and Shale Oils, for which they are well adapted. Upon the Premises there are Five Cast and Malleable Iron Stills of the capacity of 8000 gallons, Superheater, Condensers, Pumps, Agitators, Steam Boiler, and Engine of about 10 H.P. and all the plant needed for carrying on an Oil Refinery., also Cisterns capable of storing 50,000 gallons of Oil. There is a plentiful supply of good Water, and also a comfortable Dwelling-House suitable for a Resident Manager. Reduced Upset Price £600, being the estimated amount a break-up Sale of the Works would produce. For further information, apply GEORGE WINK & SON. 175 West George Street, Glasgow; or to GALBRAITH & MCLAY, 163 West George Street Glasgow, who will also exhibit the Title-Deeds and Articles of Roup.