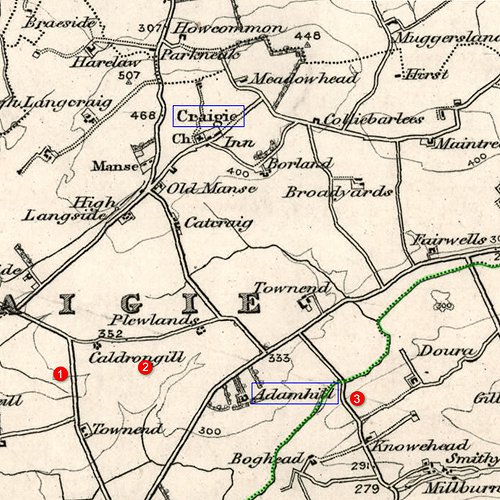 Redwood notes that Craigie Oil Works, Kilmarnock, operated between 1864 and 1876.

"Special Reports of the Minerals Resouces of Great Britain. Vol.XXIV, Cannel Coals", published by the Geological Survey in 1915" states "A seam known as the "Parrot" or "Sulphury Coal" forms one of the limestone coals in the Dailly basin, and parrot is also found with the Craigie seam".

It might that Craigie oil works was sited in the southern part of Ayrshire, in the vicinity of Dailly, however the Kilmarnock location indicated by Redwood suggests that the works lay considerably further to the north.

The parish of Craigie lies about five miles south of Kilmarnock, but with little coal mining in the vicinity, it seems an unlikely site for an oil works. No mention is made of oil manufacture in Craigie parish in either the 1868 or the 1872 Post Office Directory for Kilmarnock.

The 1868 (but not the 1872) directory contains one reference to coal mining in the parish: - COALMASTERS - Galloway, Lindsay & Company Adamhill Colliery. Perry's Bankrupt Gazette for February 6th 1866 lists the dissolution of the partnership between Thomas R. Lindsay, R.B. Lindsay, and William Galloway, coalmasters &c. Adamhill-colliery, KIlmarnock, due to debts by Galloway.

The Topographical Dictionary of Scotland (1846) in the entry for Tarbolton parish notes ".....cannel coal can be obtained at Adamhill, two miles from the village" (of Tarbolton). This raises the prospect that cannel coal found in this areas may have been used for oil production.

Adamhill lies a mile and quarter south of the village of Craigie, within Craigie parish, but lying close to the boundary with Tarbolton parish (marked in green). First edition OS maps (c.1857) show three areas where coal may have been mined in the vicinity of Adamhill:

It seems unlikely that any of these were site of the "Adamhill Colliery" listed in the 1868 directory, however later OS maps provide no indication of subsequent coal working in this area.

The place name "Craigie" occurs in other parts of Scotland and it remains possible that Redwood has incorrectly identified the location of the works. 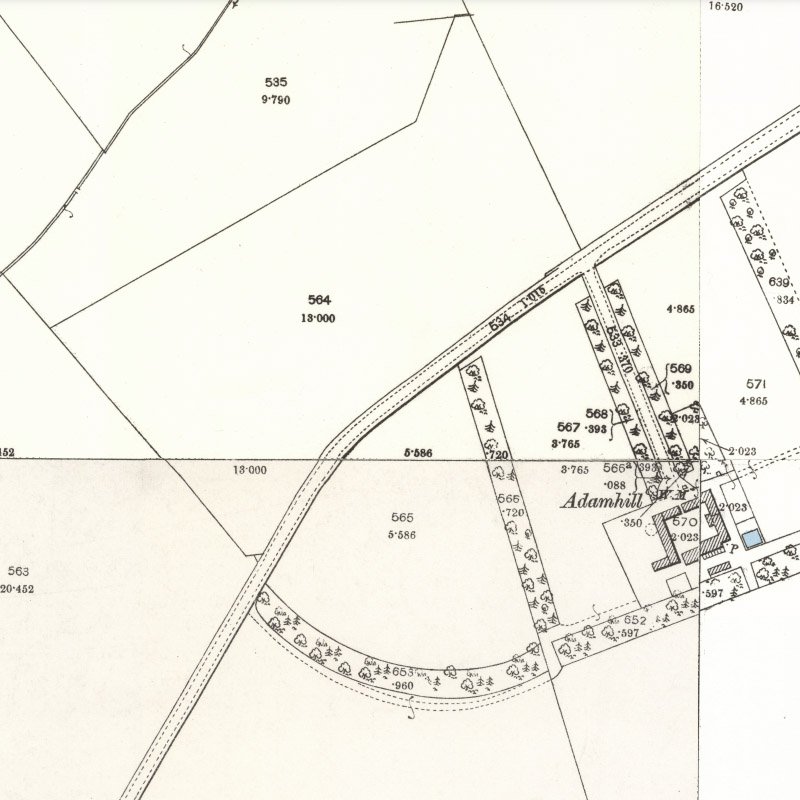 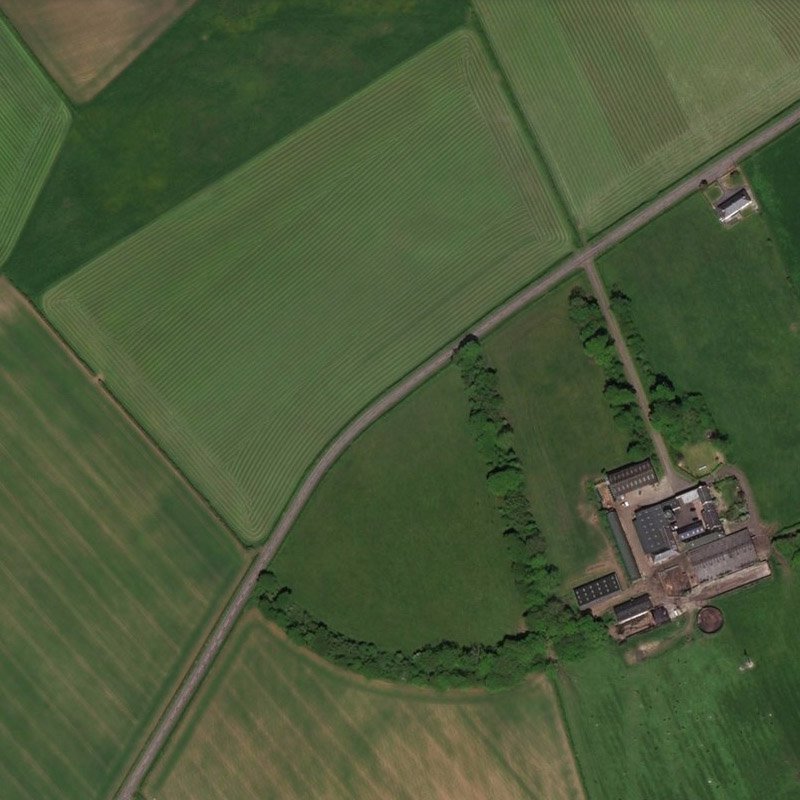 AYRSHIRE MINERAL FIELD TO BE LET.

The Proprietor of the Estate of Craigie is prepared to receive OFFERS for a TRIAL LEASE of the MINERALS in the ESTATE. It is known that there is a large extent of common coal in the estate and it is believed that Gas Coal and Ironstone will also be found. Craigie is about four miles South from Kilmarnock-. The Glasgow and South Western Railway is within two to three miles of the Estate. Mr John Russell, Craigie Home Farm, near Ayr will give information that may be desired regarding the boundaries of the estate.