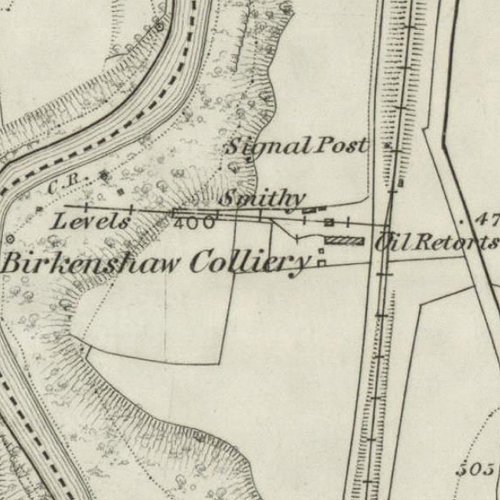 Birkenshaw Colliery and associated retorts are marked on the 6" OS map published in 1864, and a small bing close to the site of these retorts remains on the second edition OS map, published in 1897. 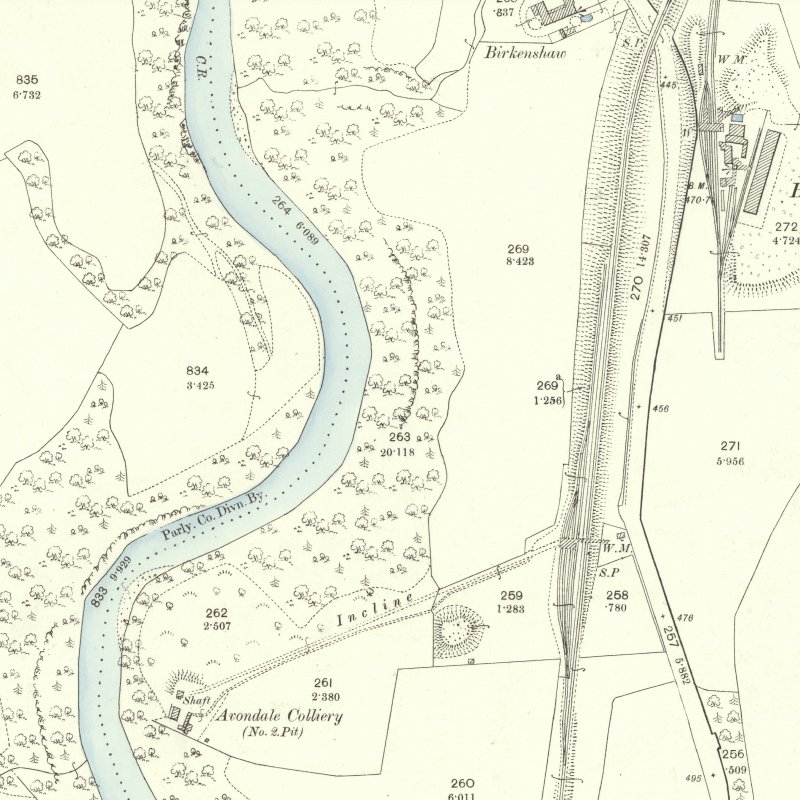 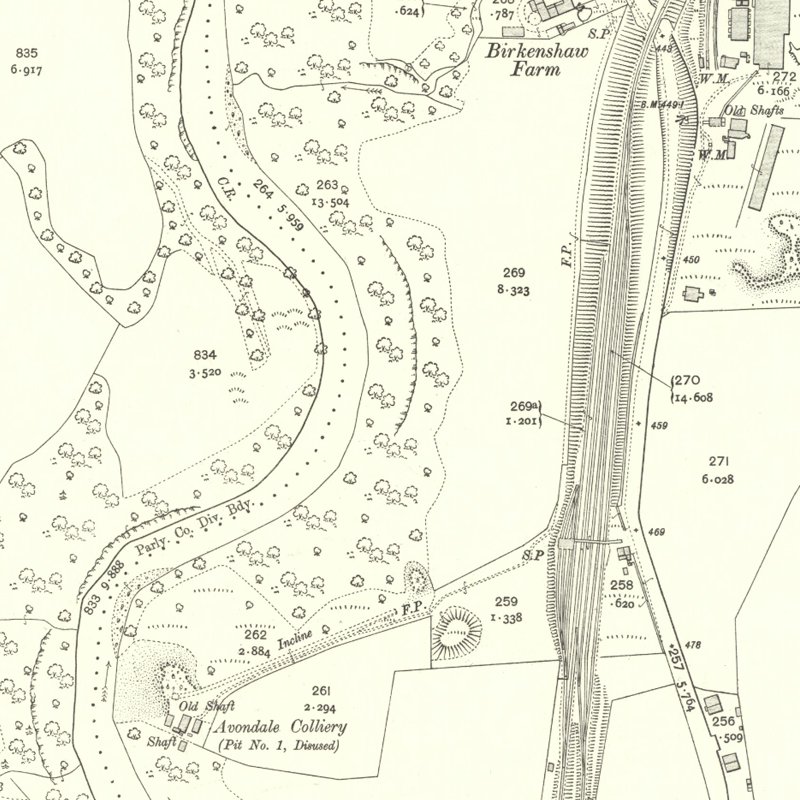 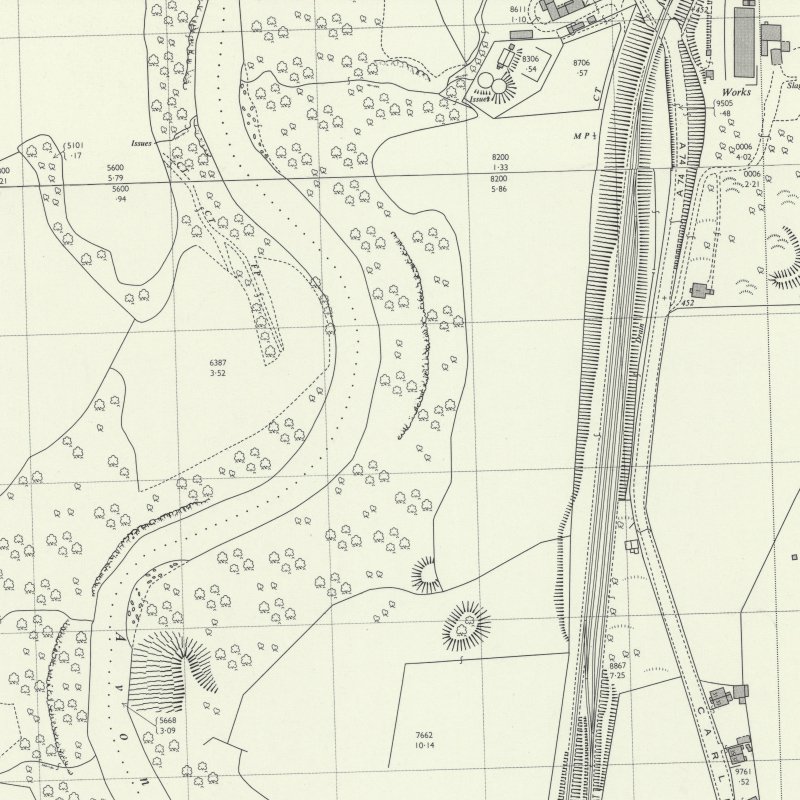 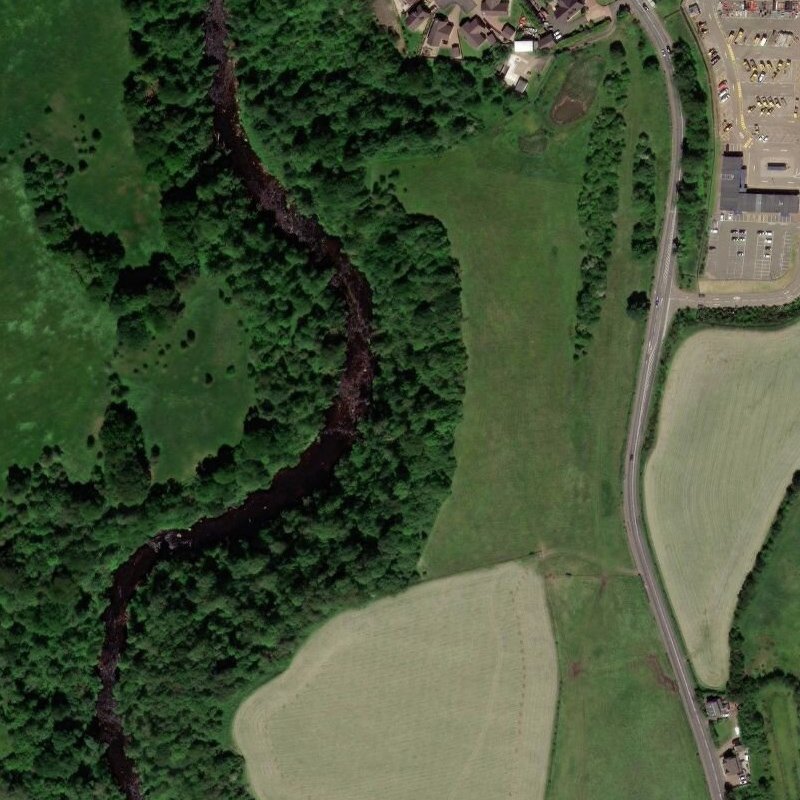 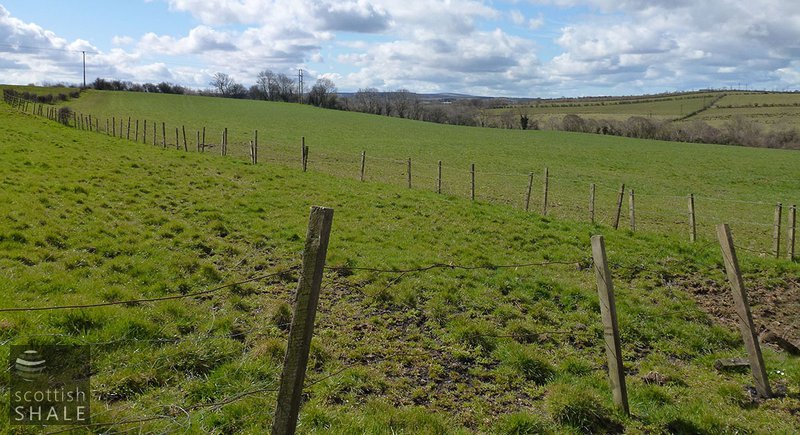