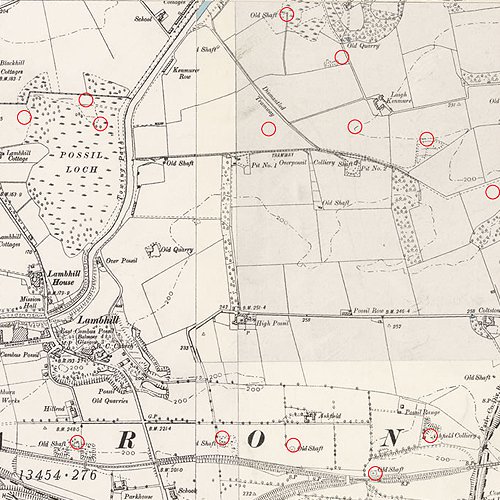 Redwood lists three oilworks in the Possil area of Glasgow.

Memoirs of the Geological Survey (see snippets) record that the Possil sub-group of the Limestone Coals contain "several valuable coal seams with which cannels and blackband ironstones are frequently associated", and provides an example of a seam which contained bands of cannel and ironstone. Many ironstone pits are marked on the first edition OS map (surveyed 1858), and it seems probable that the cannel coal mined along with ironstone was used for oil production.

The 1858 OS map shows two groups of ironstone pits in the Possil area. A cluster of pits to the north of High Possil Farm were linked by tramways to two wharfs on the Forth & Clyde canal. This area was labelled "Over Possil Colliery" on later maps. A second cluster of ironstone mines to the south of High Possil Farm were linked by mineral railway to the Edinburgh and Glasgow main line.

The location of the three oil works remains highly uncertain. On the basis of available evidence, it would seem logical if:

Mapped by the Ordnance Survey of c.1864 (6"OS), with ironstone pits marked in red. 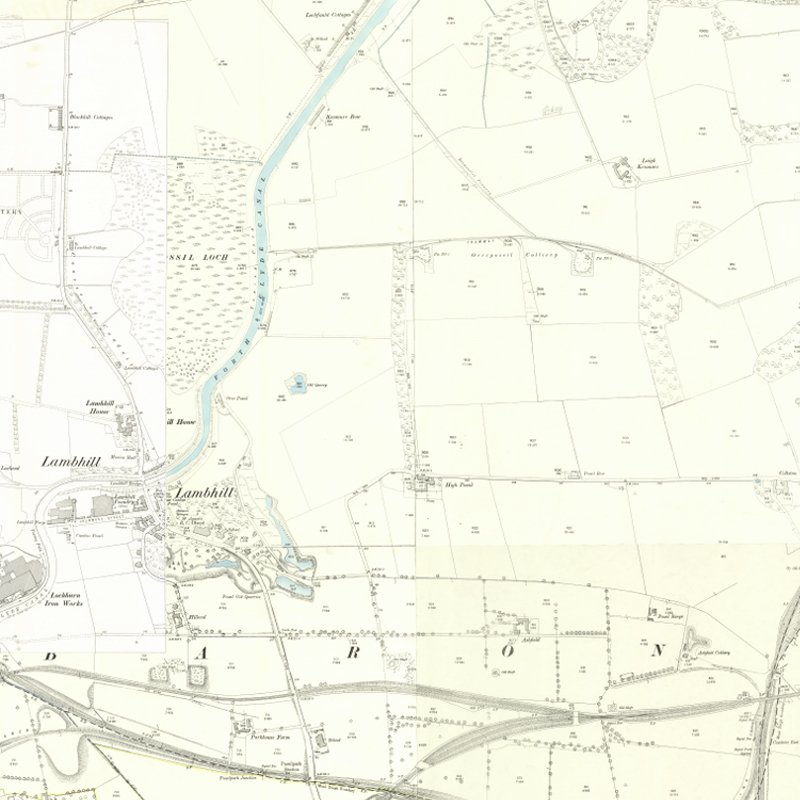 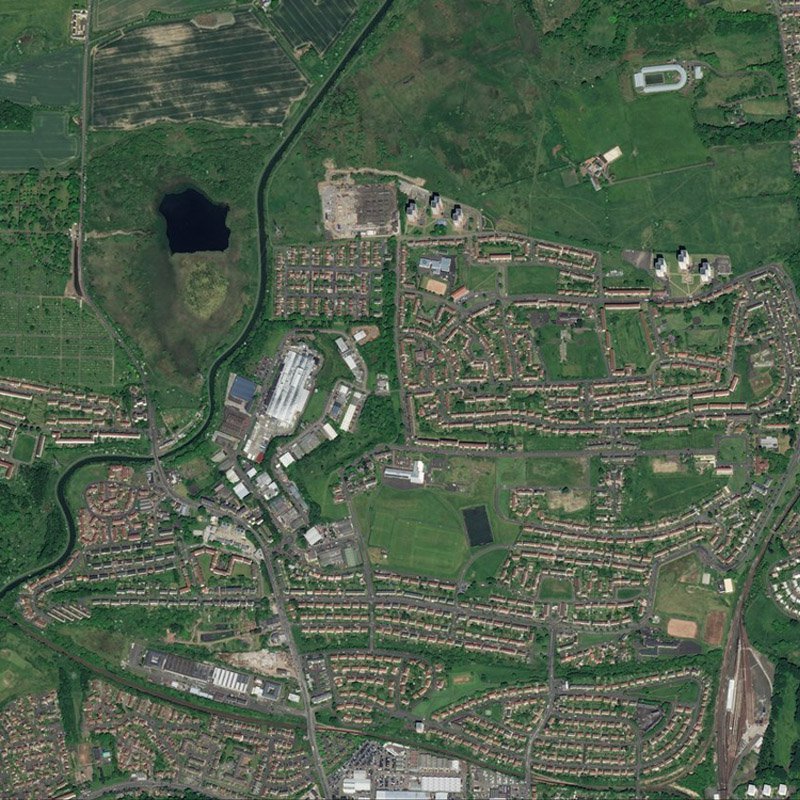 Surviving bing from an ironstone pit at Over Possil. Looking west. September 2013.

THE Copartnership hitherto carried on by the Subscribers as Oil Manufacturers at Possil, near Glasgow, under the Firm of BAIN & DRUMMOND, has been DISSOLVED of this date by the Retirement of Mr Bain. Mr Drummond, who carries on the business under the same firm, will pay the debts due by, and is authorised to discharge the debts due to the old Firm. JOHN BAIN. PETER DRUMMOND.

THE SHALE in the Estate of BARDOWIE is now to be LET, on Lease. The Paraffin Oil got from this shale is of excellent quality, and the estate is within six miles of Glasgow. Offers for a Lease will be received by J.B. Hamilton, Esquire of Leny, Callander, the Proprieter; or Messrs John & G.H. Geddes, Mining Engineers, Edinburgh.

There will be exposed to Sale, within the Faculty Hall, St. George's Place, Glasgow, upon Wednesday the 25th September next at Two o'clock P.M. All and whole that plot or area of ground, Part of the Farm of Over Possil and Estate of Possil, lying on the Westside of the road leading from the Parish Road to the Forth and Clyde Canal, containing One acre rood and fifteen poles, together with the Shale Oil Works erected thereon. The Works have been recently erected at a cost of about £600 and contain 4 vertical retorts with Condensing Pipes, 10 Horizontal Retorts with Condensing Pipes, Steam Boiler, Boiler for holding Oil, Hutch Weighing Machine, Wood Shed , &c. Fea-duty, £16, 2s. 6d. To insure a sale, upset price, £150. For furtherparticulars apply to Messrs. George Wink & Son, Accountants, 175 West George Street, Glasgow; or to Smith Wright & Johnston, Writers 150 St. Vincent Street, Glasgow. Glasgow, 26th August 1867.

THE PLANT and MATERIALS of the CRUDE OIL

J & R EDMISTON WILL sell in ONE or more Lots in the CITY SALEROOMS, 21 GORDON STREET, on WEDNESDAY, 17th NOVEMBER, at Twelve Noon, 10 Horizontal Retorts, with Condensing Pipes, by "Bell" of Wishaw; 4 Vertical Retorts, with Condensing Pipes, by "Bennie"; Small Steam Boiler with Connections, Steam-Boiler, Tank, Hutch Weighing Machine, Wooden Shed, &c. Recently Erected at a cost of about £800, as they now lie, near the Possil Road, adjoining Lambhill Bridge, where they may be seen at any time prior to Sale. GEORGE WINK & SON, C.A. J.& R. EDMISTON, Auctioneers. CITY SALEROOMS, 21 GORDON STREET, GLASGOW.

In the Glasgow and Paisley districts the Limestone Coal Group has been divided into (1) a lower sub-group (Garscadden) with only a few coals; and (2) an upper sub-group (Possil) with several valuable coal seams with which cannels and blackband ironstones are frequently associated.