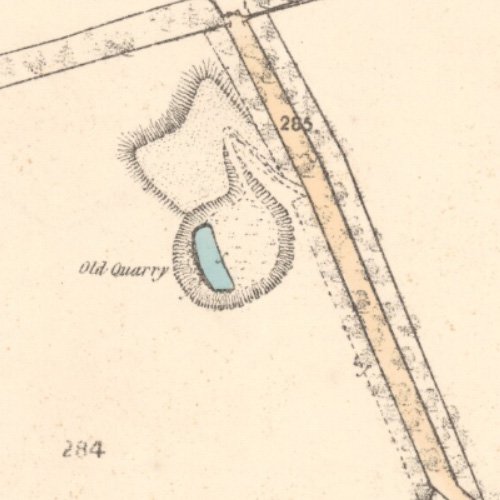 Redwood states that the works, sited near Blackburn House, operated in 1860 with 30 horizontal retorts producing only crude oil. He noted:

"Dougal and Brothers' oil works... might have been in operation to this day had the supply of shale held out, but, as it was, the supply of that commodity only fed the 30 retorts for two or three months, and, after spending £800 on a fruitless search for more shale, their retorts to the query "How's the oil business?", were cold indeed."

Redwood's reference to the works being sited "near Blackburn House" is the only clue as to its location. The second edition OS map (c.1896) provides few clues as to potential sites. One possibility is that shale was worked in an old freestone quarry immediately north of Seafield farm, where geological survey maps indicate an outcrop of the Fells shale. 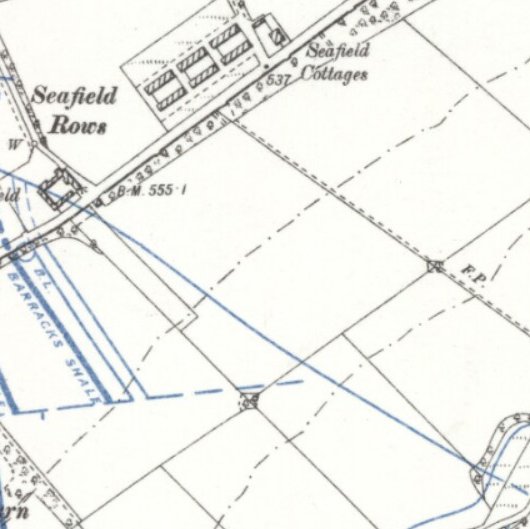 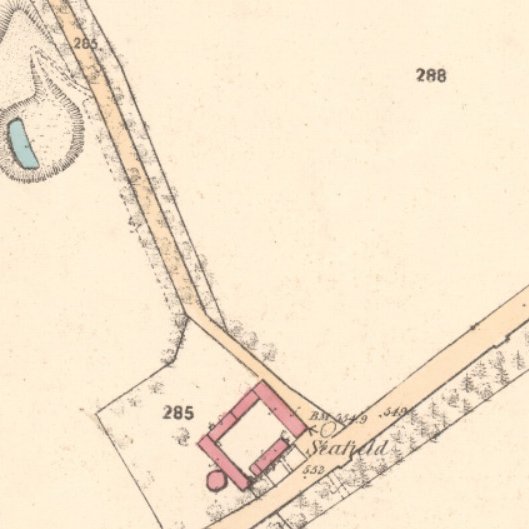 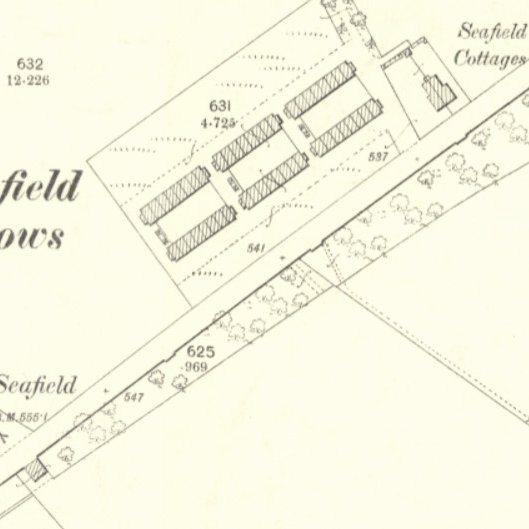 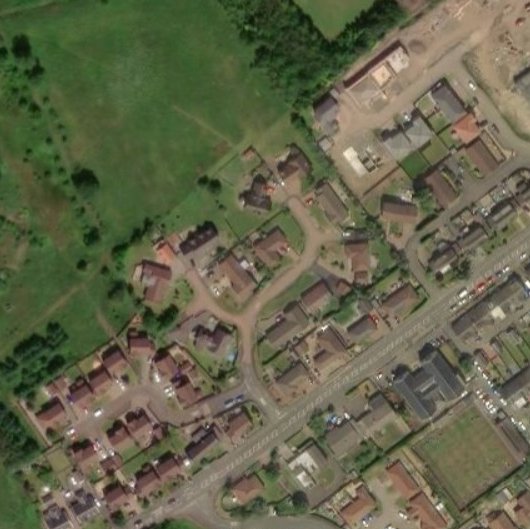 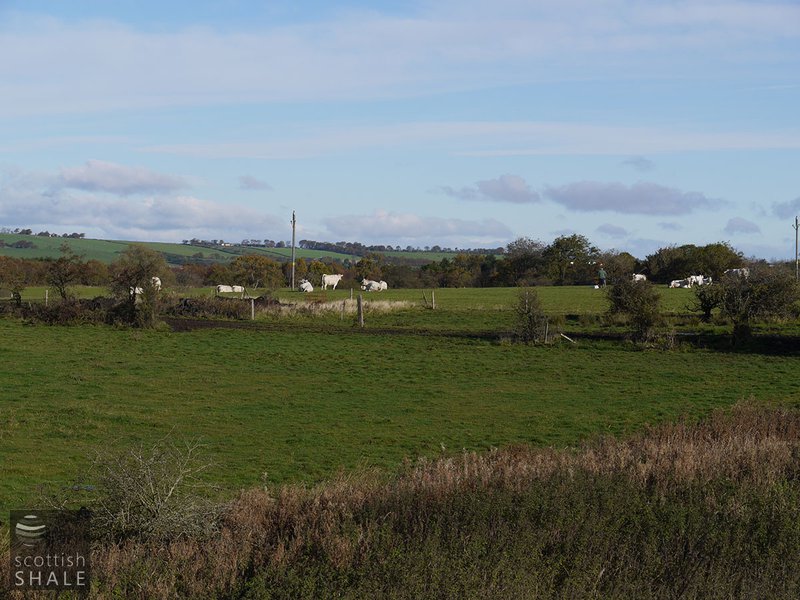 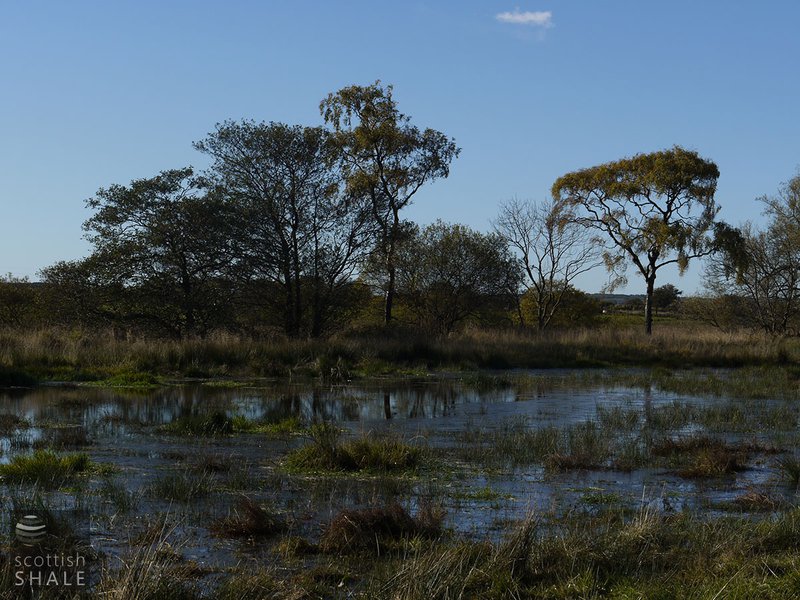 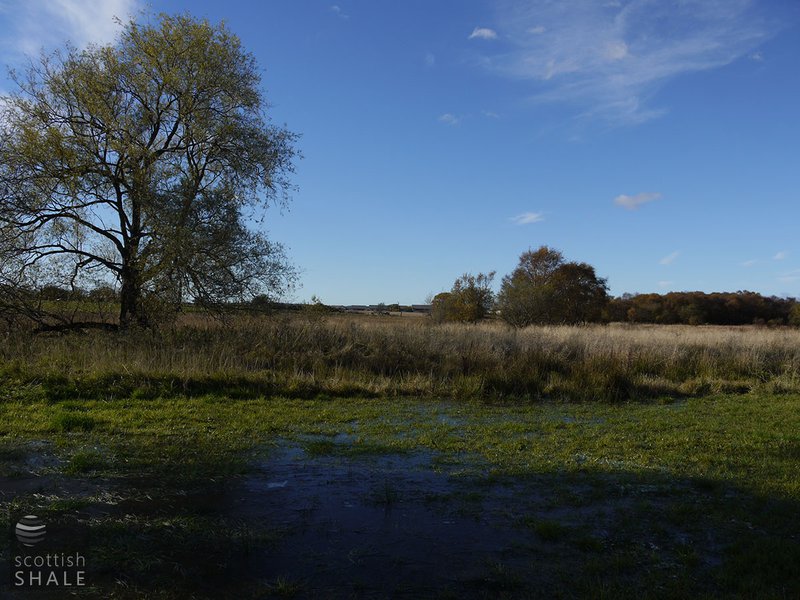 TO BE LET, THE SHALE, COAL & OTHER MINERALS on the PROPERTY of BLACKBURN, situate about four miles from Bathgate and two from the Livingstone Station of the Edinburgh and Bathgate Railway. The Property extends upwads of 130 imperial acres, and recent inspection showns that it contains a valuable FIELD of SHALE, which is found on analysis to yield 37 ½ gallons of Crude Oil per Ton. Coal also exists within the Lands. Further particulars willl be givenm and offers for a trial lease received, by R & E Scott, C.A., 35 Melville Street, Edinburgh, or John E. Williamson, M.E., 4 Fingal Place Edinburgh until 8th January 1866.

TO BE LET, THE SHALE, COAL and other MINERALS on the property of BLACKBURN, situate about four miles from Bathgate, and two from Livingstone Station on the Edinburgh and Bathgate Railway. The Property extends to upwards of 130 Imperial Acres, and recent inspection shows that it contains a valuable field of Shale, which is found on analysis to yield 37 Gallons of Crude Oil per Ton. Coal also exists within the Lands. Further particulars will be given, and Offers of a Trial Lease received, by R & E. SCOTT, C.A., 25 Fingal Place, Edinburgh, until 8th January 1866.

At Bathgate Foundry, belonging to Messrs Dougal Brothers, where a good business was carried on, little or nothing is being done, and all hands have nearly been discharged, with the exception of some of the principals and apprentices, who manage the works in a going order. The dulness at the foundry is attributable to the depressed state of the oil trade. Messrs Dougal having business transactions with most of the leading oil works in the country, and should the oil trade revive, business it is expected will again flourish there. Blackburn Mineral Oil Works, near Bathgate, have also for some past time been at a standstill

MINERAL FIELD TO LET. THE COAL, IRONSTONE, SHALE and LIMESTONE in the Property of Murrayfield, Blackburn, near Bathgate, extending to 170 Acres, or thereby. The Coal is of the caking class, which is preferred in Edinburgh for Household purposes; and, from journal of bores in Proprietor's possession, is about Five Feet in Thickness. There are Two Ironstones. The first, considered to be in the position of the Lower Possil, has been bored 11½ inches. The other Seam was bored 9 inches, and is supposed to occupy the position of the Ayrshire Blackband. The Shale is that known as the Dam Head or Raeburn Seam; and it has been opened up on the adjoining Property, where it can be seen. There are Three Beds of Limestone. The two under Beds extend through nearly the whole of the Lands, and, where they have been bored, are from Five to Six Feet Thick. Apply to ANDREW WALKER, 114 Trongate, Glasgow.

...A couple of years before this (1862), however, the Dougal Brothers began an oil work at Blackburn, but here also the experience of Bathgate was repeated. When these works were in their most flourishing stage, 30 retorts were operation, but that indispensible commodity to the manufacture oil, the supply of shale, gave way. the company were obliged to abandon their works, after spending some £8,000 in futile search for more shale.