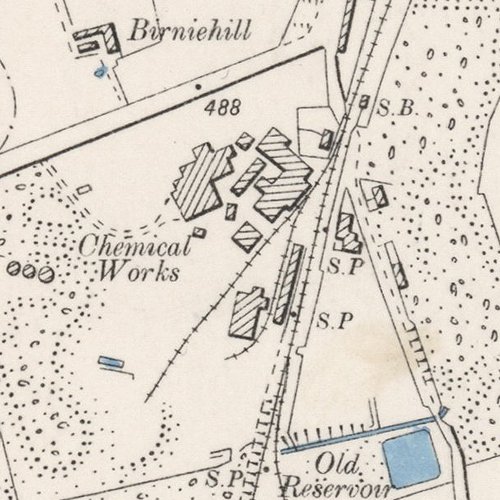 A significant oil works and refinery, exploiting the same field of Boghead coal as the Bathgate Chemical Works. The precise site of the oil works is uncertain but seems likely to have integrated into the network of mines and brickworks that developed in the area.

Redwood notes that Bathville Oil Works were operated between 1864 and 1873 by John & Thomas Watson.

A newspaper account of 1869 records that the works were equipped with 150 retorts.

Mapped by the Ordnance Survey of c.1898, showing the site of Bathville Oil Works. 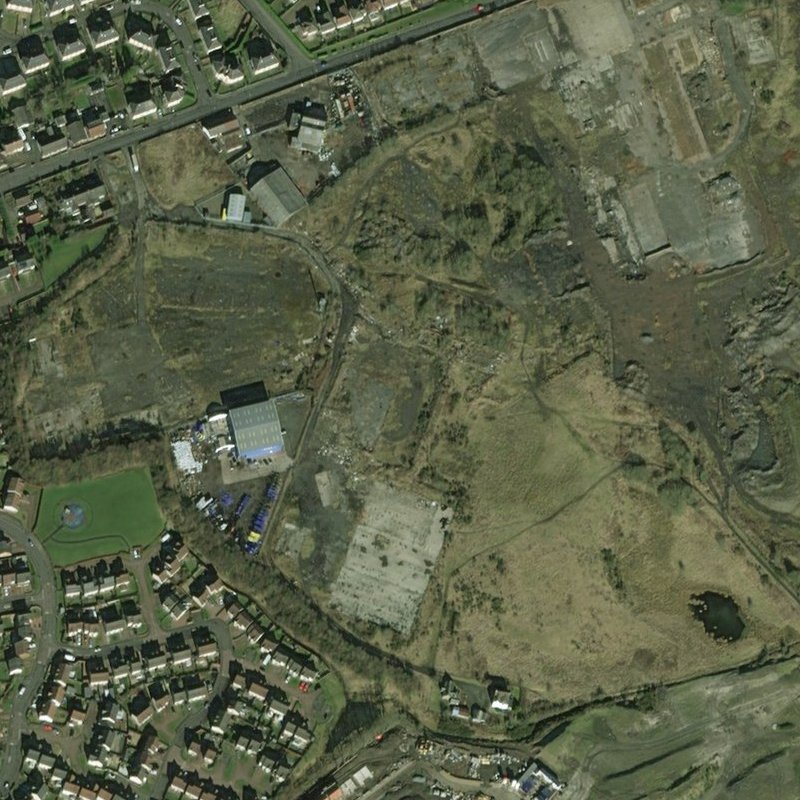 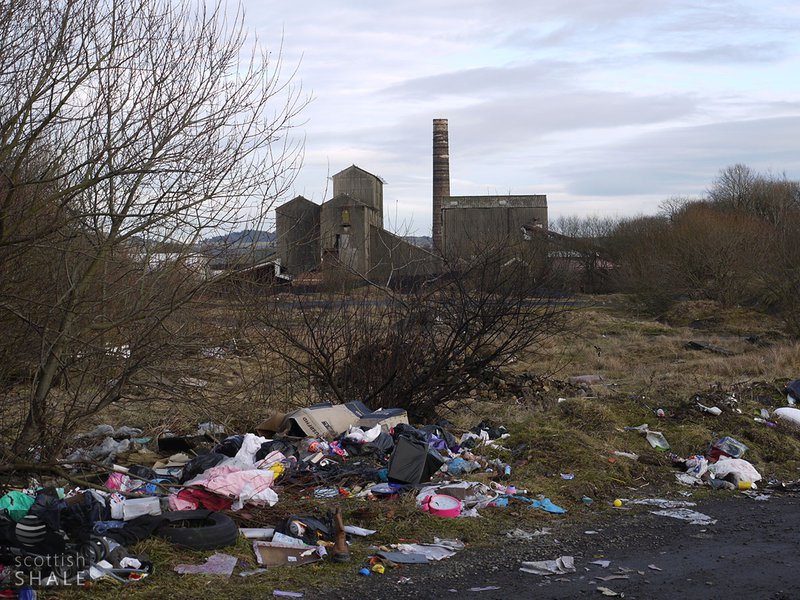 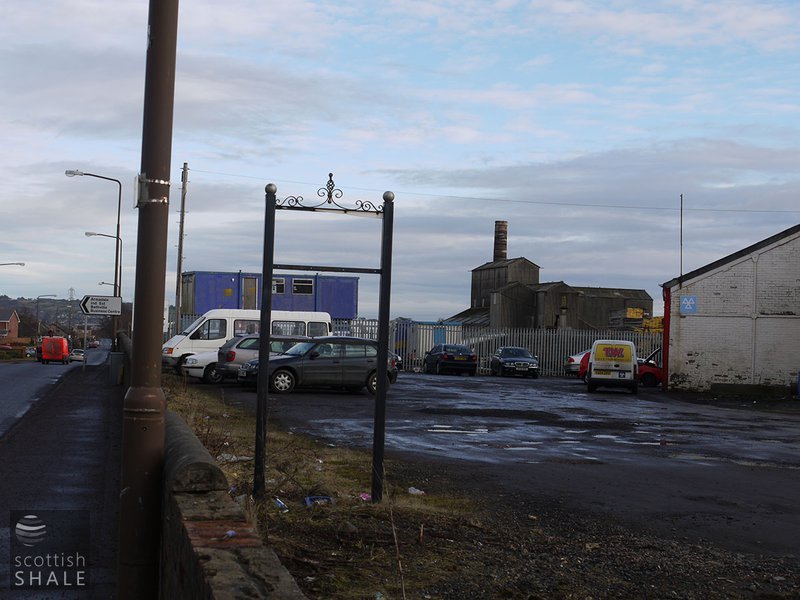 The Bathville works, belonging to Messrs. Watson & Sons, and situated about two miles from Bathgate, are of a considerable extent. They contain 150 retorts, and give employment to between 300 and 400 persons.

Evidence of John Watson & Sons, Paraffin Oil manufacturers, Bathville, near Bathgate Our works are situated on a small stream, a tributary of the Almond. Employ 50 hands. Rateable value of works, £681. The bed of the stream has not silted up. Our works are not affected by floods. The condition of the stream has not changed within our knowledge. It is not polluted by works above, nor by mines. Obtain supply of water from our pits; consume yearly 1,410,000 gallons. Use yearly, cannel coal 3400 tons; sulphuric and other acid, 300 tons; caustic soda or other alkali, 80 tons. Produce naphtha, 200 gallons; crude paraffin, 20,000 gallons; lubricating oil, 150,000 gallons; and illuminating oil, 50,000 gallons. Also use 1,680,000 lbs. of resin, from which about 96,000 gallons of lubricating oil are made. Produce yearly 50,000 gallons of spent sulphuric acid after the first purifying process, and 20,000 gallons of spent caustic soda and tarry matter after the second purifying process. We burn the acid tar to consume it thoroughly, and recover the caustic soda from the soda tar. Use steam, 40 nominal horse-power. Consume yearly 5500 tons of coal, the ashes from which are put into a rubbish heap. The excrements of our workpeople are sold to farmers for manure. We have no special suggestions to offer but if the streams can be kept pure by a reasonable amount of care and expense on the part of the manufacturers, this should be done; but if manufacturers are hindered for the sake of the streams, it is a mistaken policy.

Messrs John Watson and Sons, on opening up the minerals of Bathville, found ironstone, steam coal, shale, and the famous Torbanehill gas-coal in abundance, but it was not until the close of their lease of the minerals at Newarthill in 1861 or 1862 that they turned their attention seriously to Bathville.  Mr. Walter Gibb, who was works manager to the Watsons at Newarthill, and who also superintended Bathville in its mineral development, removed to Bathville in 1862, when a house was specially built for him at the south-west corner of the estate, and devoted his whole attention to the works, with the result that in a short time the seams of gas-coal and shale lying so near to the surface caused the Watsons to consider the erection of an oil work to convert the raw material into a finished product, on the same lines as Young's works at Boghead.  Old Mr. Watson, about this time, died, and the responsibility of the oil works undertaking devolved upon his three sons, and by 1864 the centre of the estate was a conspicuous landmark by reason of the many chimneys built to carry off the black smoke in the course of the manufacturing process.  These works were first placed under the management of John Meikle, and later John Glen, both of whom had gained experience at the Boghead works, and were soon employing a large number of men, and their products were known far and wide.

Armadale Past and Present, by R. Hynd-Brown, writing in the Linlithgowshire Gazette, 1st June 1906